So much pain, so much suffering, so many dead. 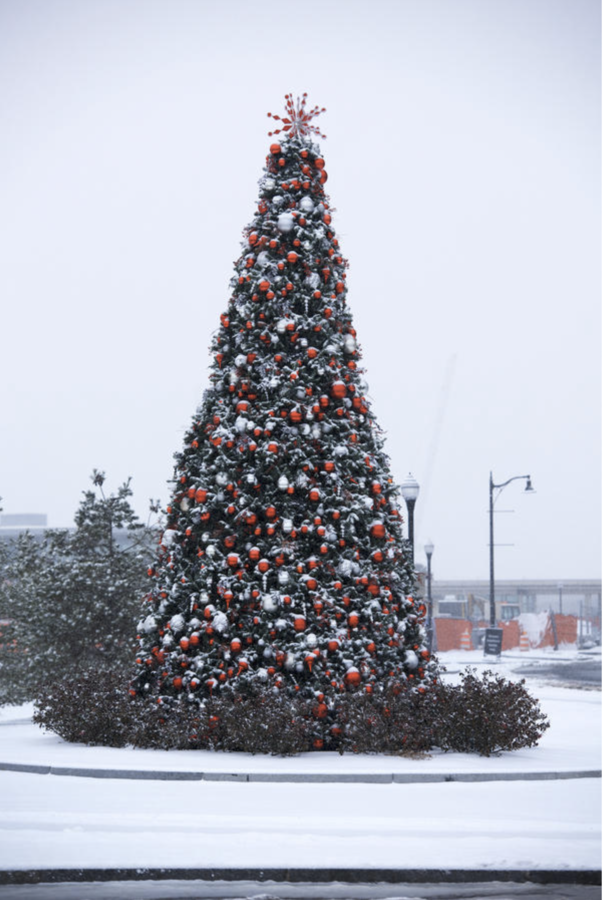 For many, a year to get past, to be done with, to move on from. But I  wish you all the best of holidays. Stay close, hang with family and loved ones. Be safe. We will be past this soon.

Four years ago this same time, just before Christmas, I wrote a blog that sought to make connections between things disparate. I was working on a book called "Trees, Sand and Snow." The blog is: here. I just reread it and believe it's worth taking a look at.

And, I will leave you with this: 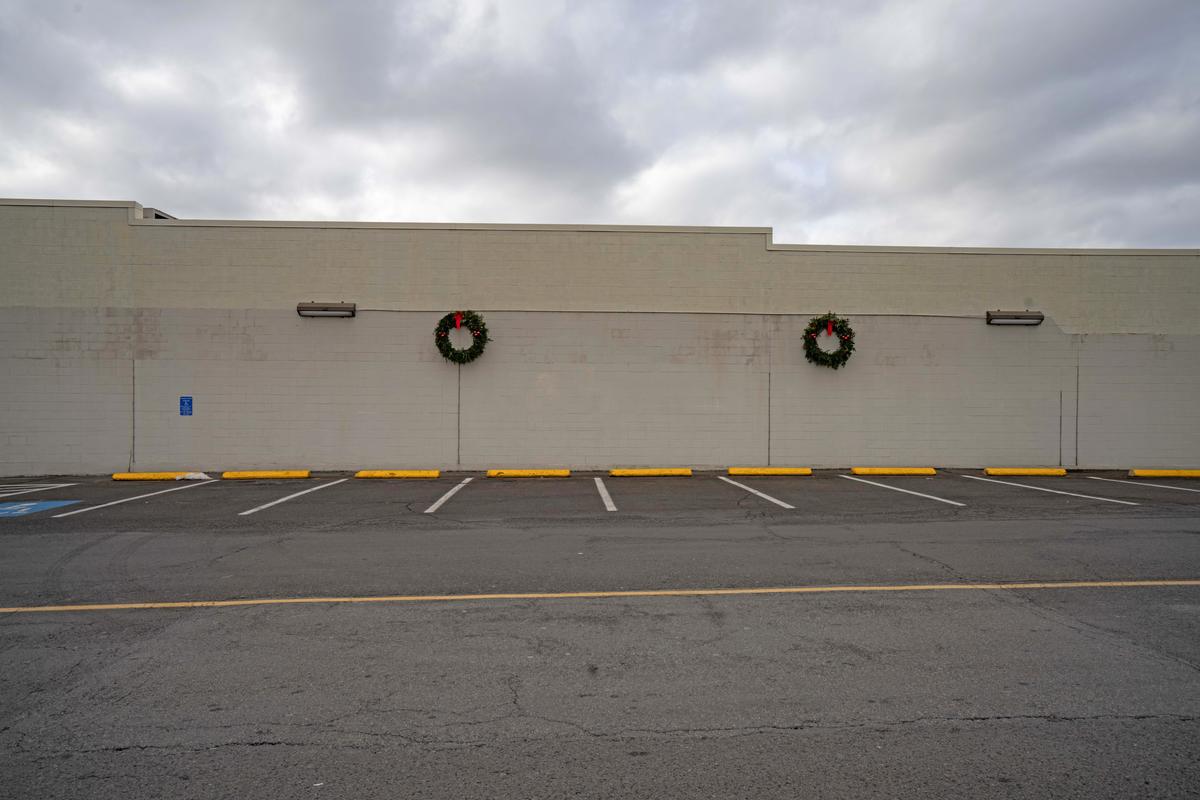 Perhaps not the most upbeat views of Xmas views, but not a total disaster either. Two wreaths hung high (so as not to be stolen?) in a mall parking lot, the store a Bed Bath and Beyond and gray wintery skies.

Wishing you the best.

This monograph by Neal Rantoul looks at two locations on Martha's Vineyard and a skate park in Cambridge, MA, with essays reflecting on the common thread of how time affects us all. Using the author's seventieth birthday as its common theme the work combines a series of short essays with new photographs of trees dropping into the sea due to erosion, a beach laid bare due to an extreme tide and a public skate park being covered over in a snowstorm in Cambridge, MA.

I sincerely wonder what this will be like. We are now in production for an exhibition that will open in January at the Martha's Vineyard Museum. 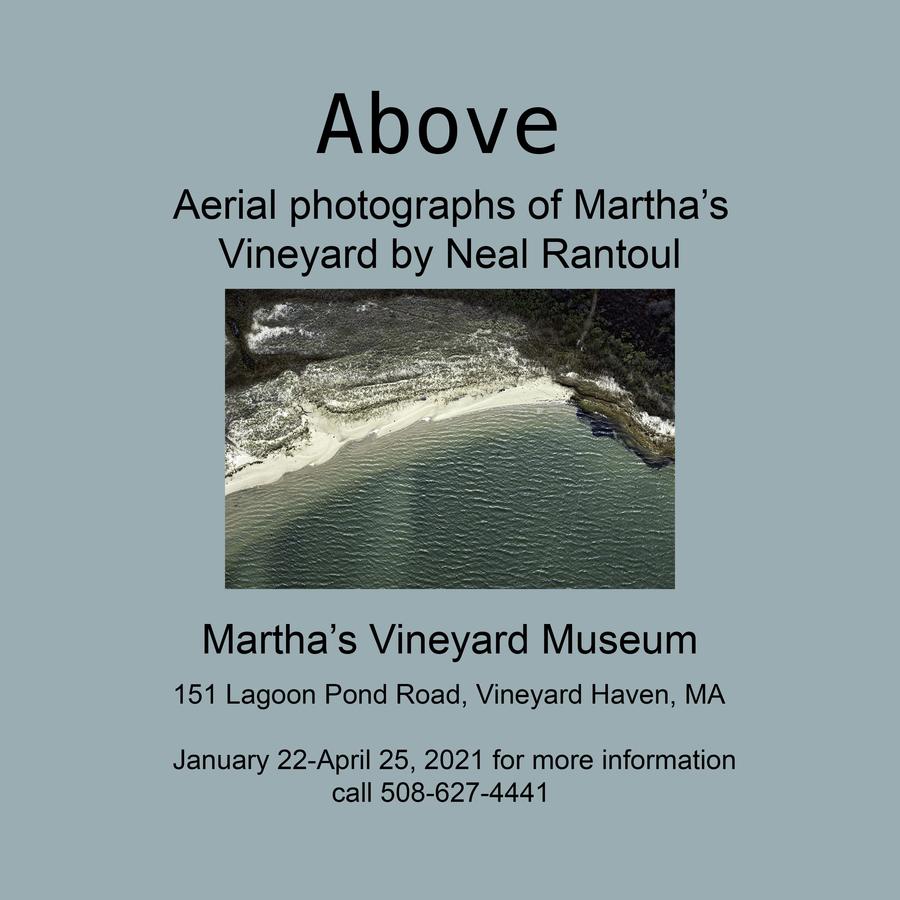 But wait, we are in the midst of a huge surge in a pandemic that is killing us by the   thousands every day! Plus, there are no indications that things will be better in late January or until the vaccine arrives in the spring. Add to that how many people would go to see a show at the Vineyard in the winter months, anyway?

The reality is that this will be mostly a virtual show. We will work to make the presentation of the work accessible to as many people as possible by posting it and making videos for YouTube of the installation. Although most of you won't get to actually see the physical prints we hope to make the show as available to everyone  as possible.

Meanwhile, we'll be printing, framing, titling, labeling, etc just like for any show. 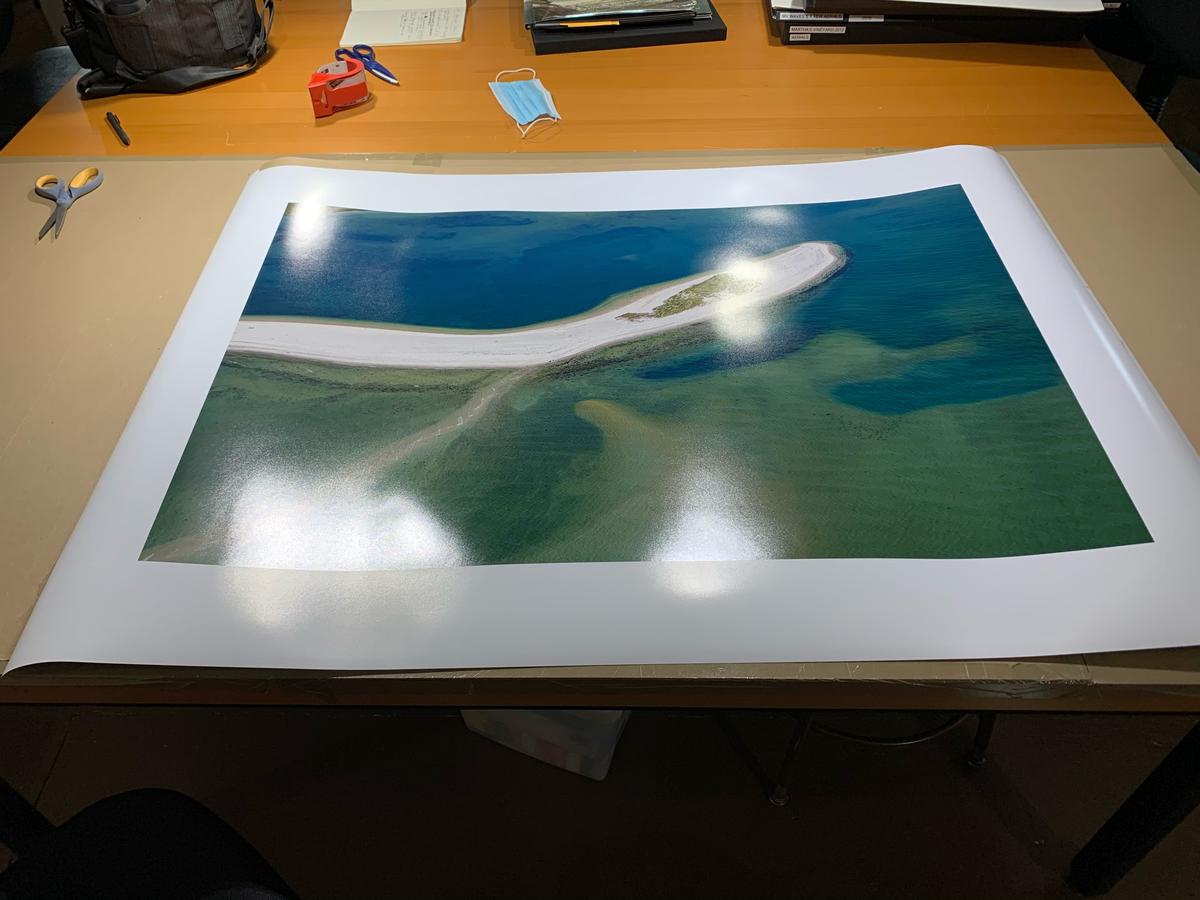 This is about a piece of land, some pictures made a few weeks ago, an airplane and a kayak. Read more

In the first post (here) on this new series of pictures we looked at the written introduction and the few pictures that set the stage for the subsequent photographs. Now we'll be getting into the main body of these pictures. Read more

Note: I first published this in March 2014 and it quickly got me in trouble. It seems some parents had signed up their daughter to take a course with me at Penland School of Crafts in North Carolina that spring. In researching their daughter's teacher they came across this post from my blog:

They had no idea it was a joke, took it seriously and were going to withdraw their daughter from my class. It took a lot of apologizing and explaining before they'd let her take my class. 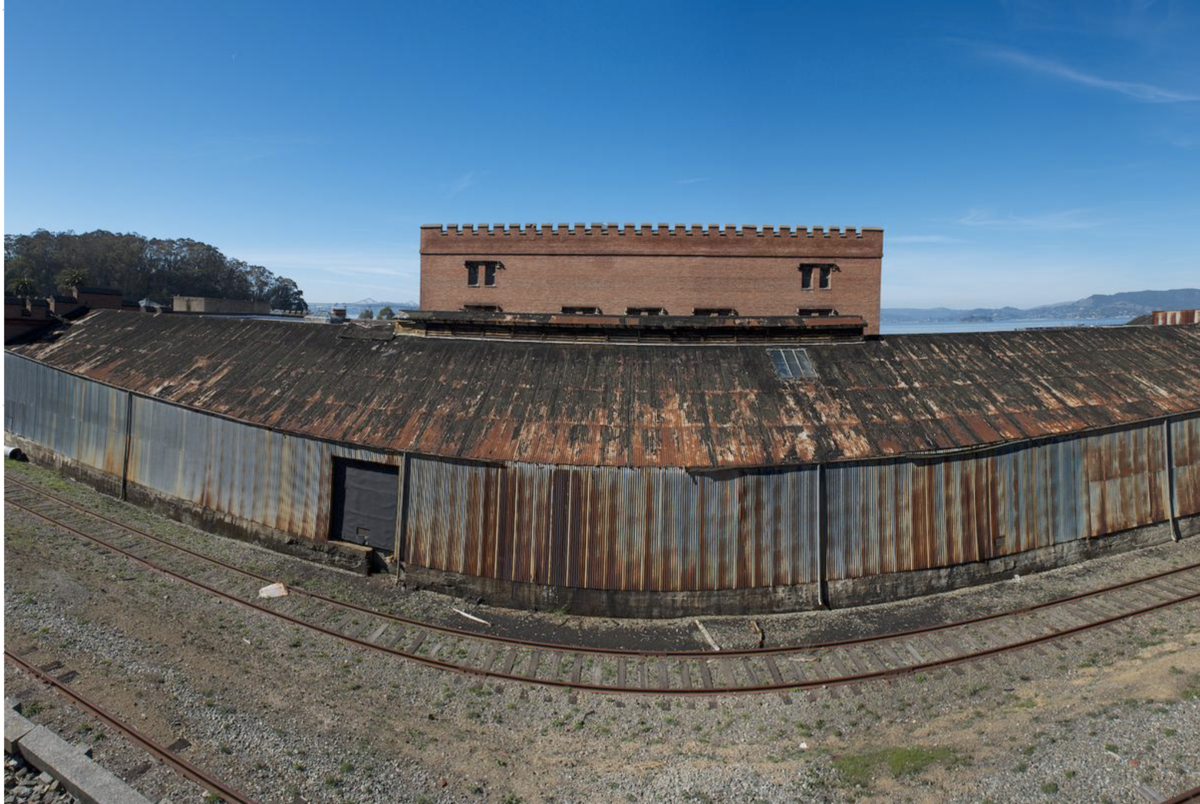 (Late July 2020) As the weeks and months go on, as the virus maintains its grip on our world, as our government fails in so many ways, as I work to stay safe and wear a mask, I am missing many things, as I know we all are.

I miss travel. In many ways, the core of my work over the past 20 years or so has entailed travel. The vast majority of trips I took were to make photographs, the locations and time of year chosen to make certain kinds of pictures; Washington for wheat, California for so many things including damage from wildfires, Utah for its incredible landscape, Europe and Italy for, well, all that is so wonderful about it, and the American South where I teach frequently but also because of a four-year project photographing one town: Spruce Pine in North Carolina. I would be there again in a New York minute if I could. 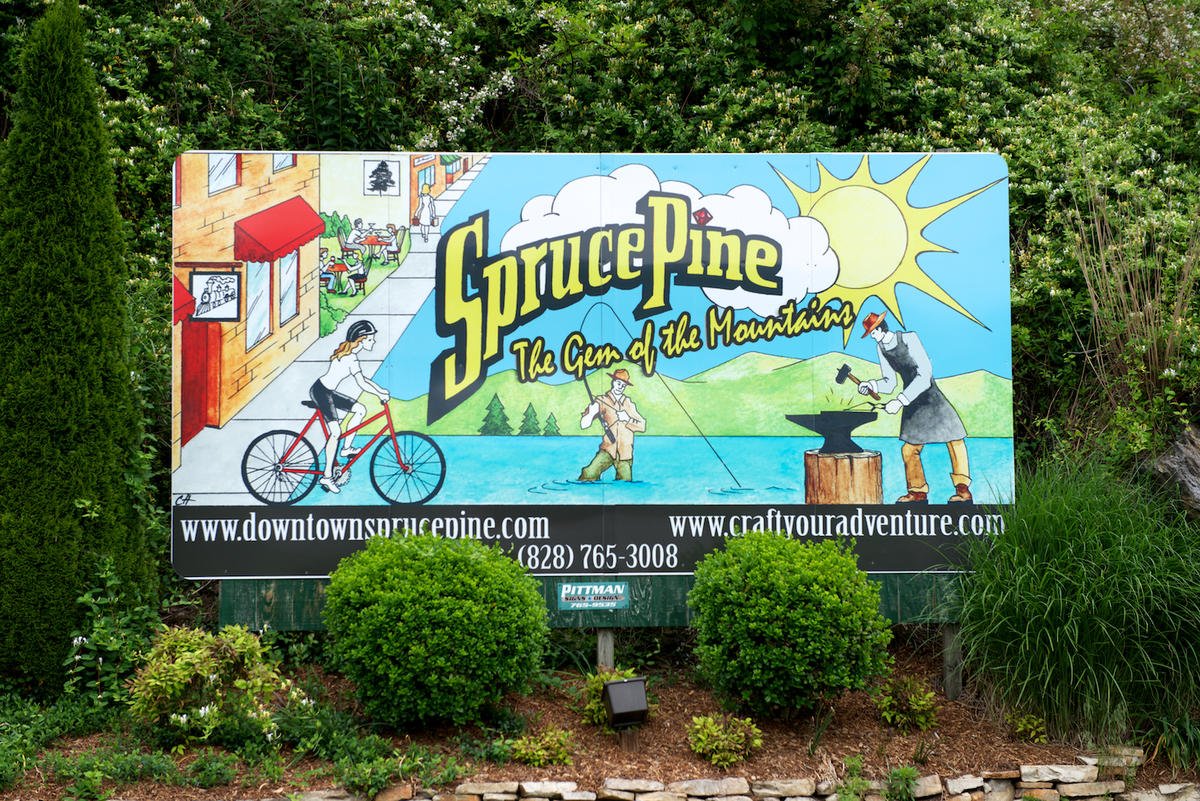 A small town, nestled into a valley just a few miles from the Blue Ridge Parkway in the mountains of North Carolina. The town is past its prime of being a center for feldspar and mica mining and has suffered from several arson-set fires that were set in 2007.

My photographs from four years of photographing in Spruce Pine while teaching at Penland School of Crafts a few miles away are not flashy and no single pictures stand out. The work is tightly sequenced within each year and constitutes a survey of the town and my perception at a certain period in its history and as such, serves as a symbol of many small towns across the south, caught at a crossroads between its past and an indefinite future.

I've written several blogs about the work and have tried several tactics to get the work shown, all unsuccessful. Take a look and see what you think:

I always wonder if people actually do click the link to see the work. Does that take too much effort? I am sure you'll let me know: Neal's Email

There has been so little art going on in my world. I am sure for many of you as well. No museums, galleries, workshops, classes, portfolio reviews, showing work, preparing for shows, hanging shows. Hard, as art is at the core of me.

This happened today in the parking lot of a local museum: 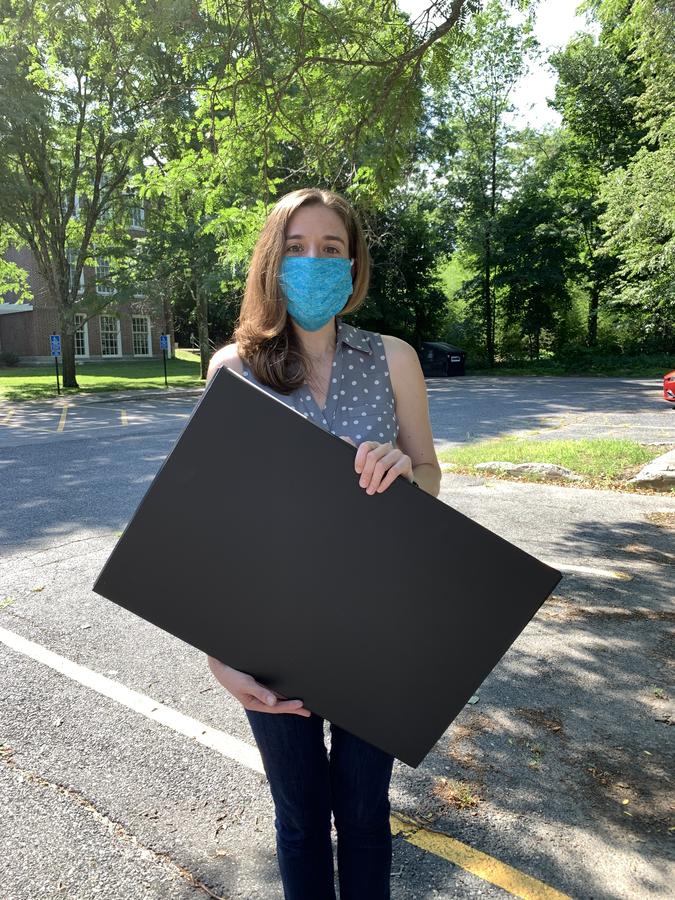 I handed over the Pulaski Motel series (here) to Rachel Passannante, the Collections Manager at the Danforth Musem in Framingham MA.

This unorthodox way to turn work over to a museum's permanent collection was necessitated by the pandemic, of course.

The history of this body of work goes back to 2013, and to Jessica Roscio the curator of the museum. Jess is one of a number of curators I show work to every few years. Come to the studio, take a look at a few portfolios, make no commitment, be under no pressure; clearly a prerogative of a photo curator and hopefully one of the pleasures of their job, looking at work.

Time and again, Jessica would reference the Pulaski Motel series when she came to look at work, often asking to see them again. These black and white photographs, made during a trip to teach at Penland in the spring of 2012 are made up of a walk around an abandoned motel in rural Pulaski, Virginia one very hot afternoon. No pretty pictures these, they present a dystopian view of a world not quite right. In the context of the present pandemic, they may have been predictive in that there are motels across the country that have gone dark over the past few months. 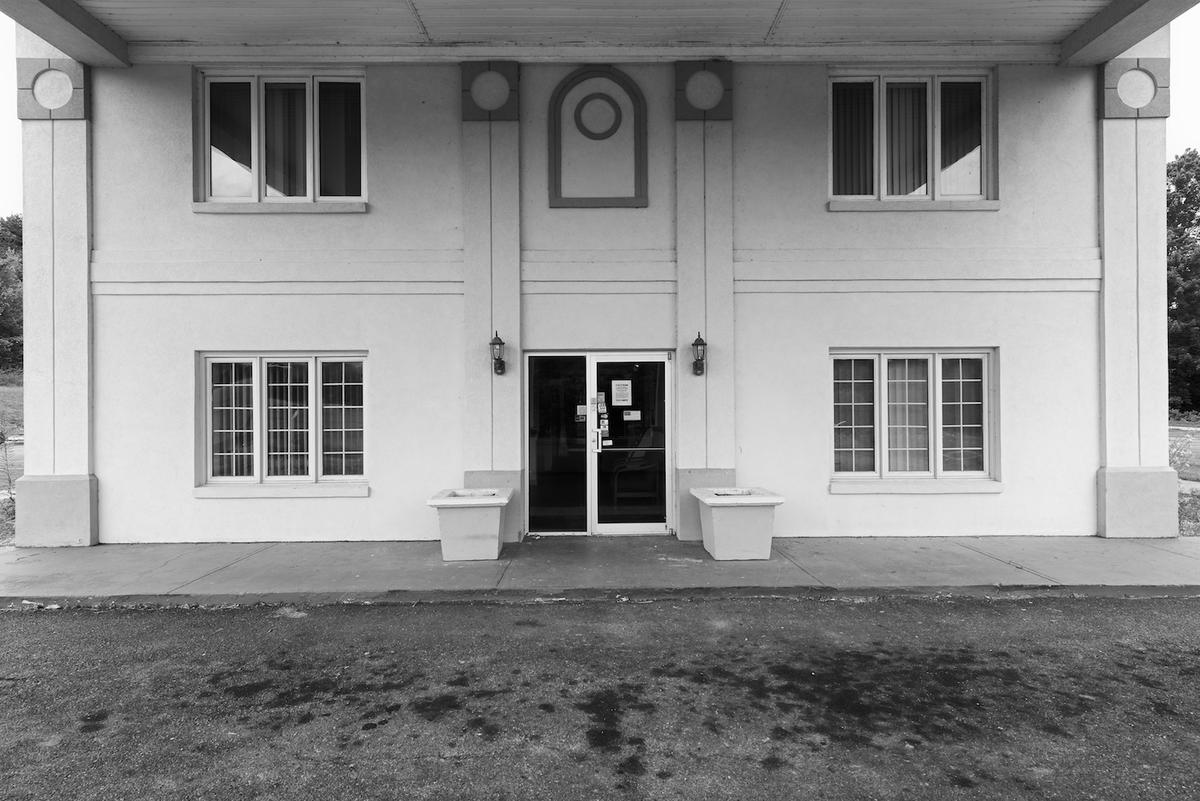 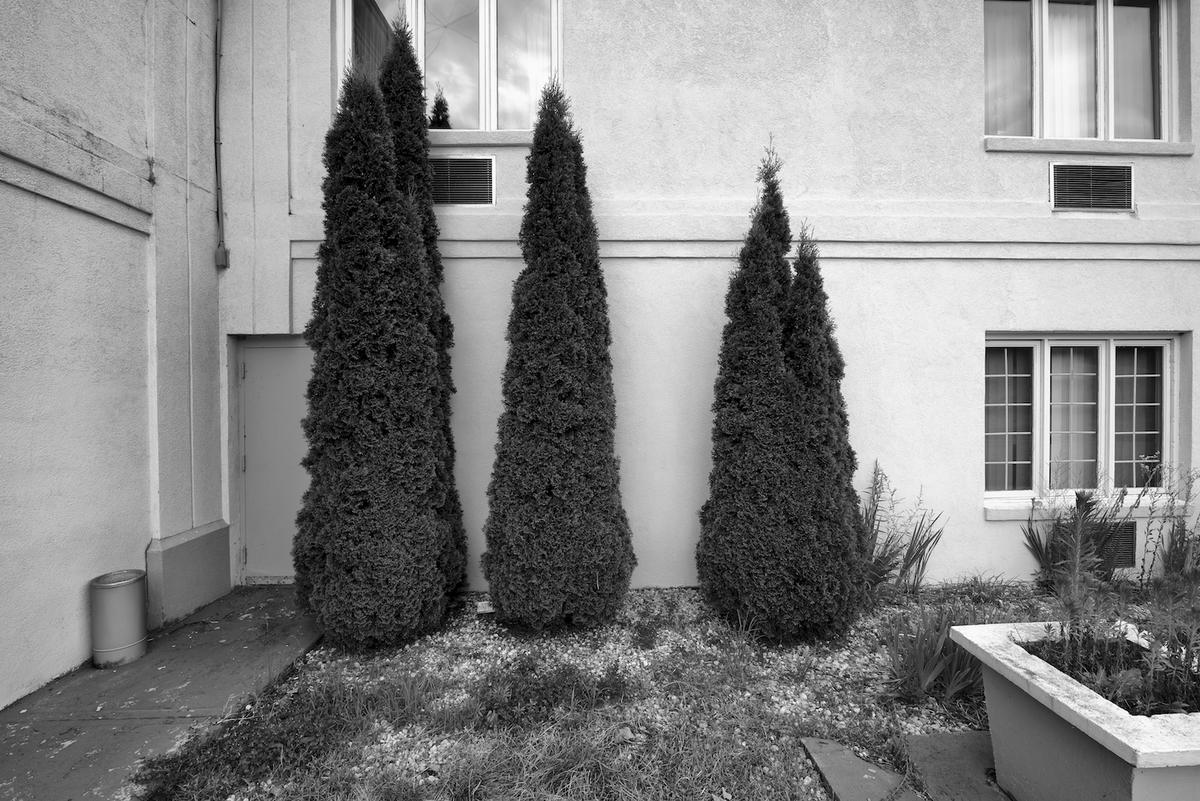 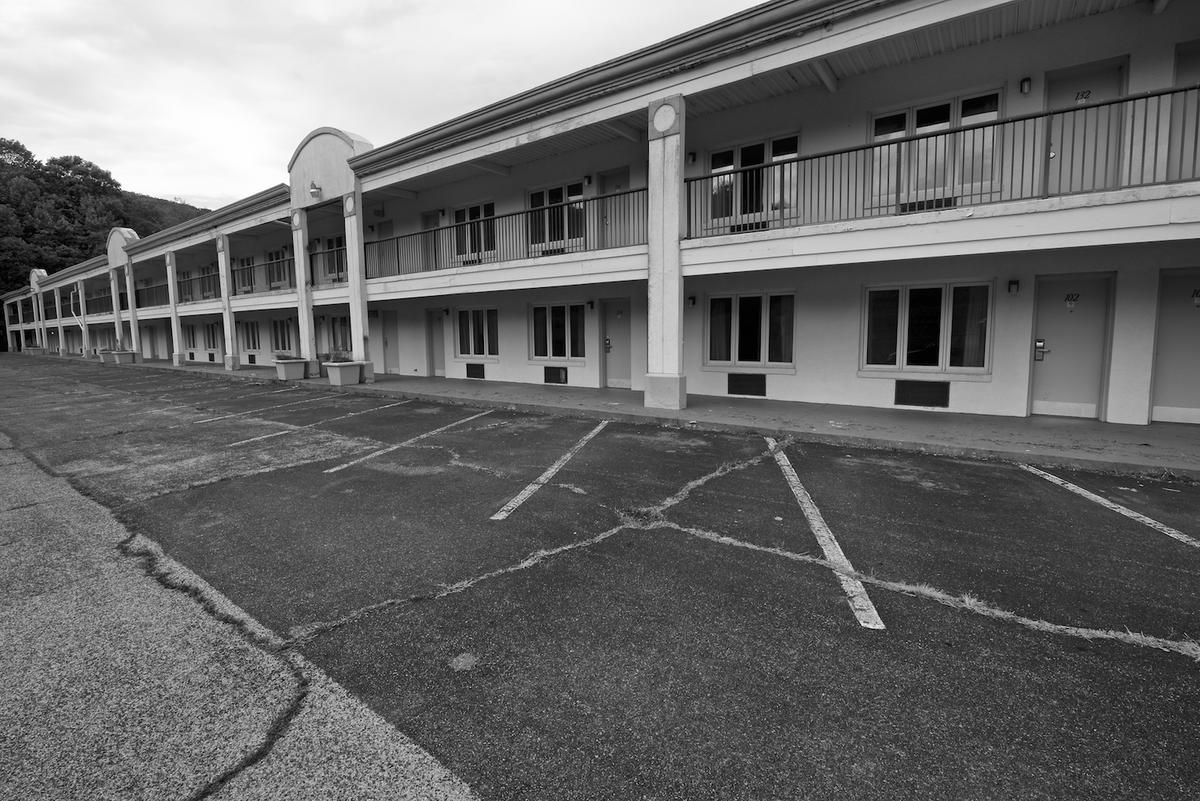 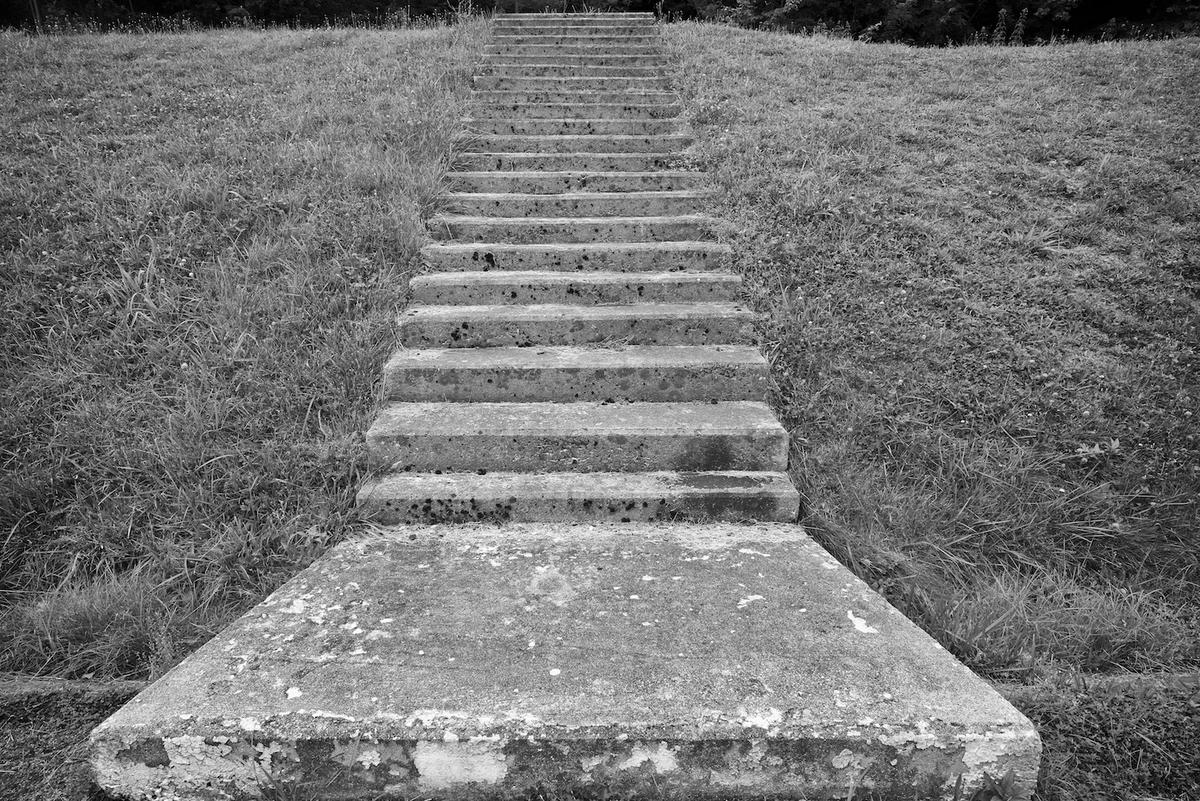 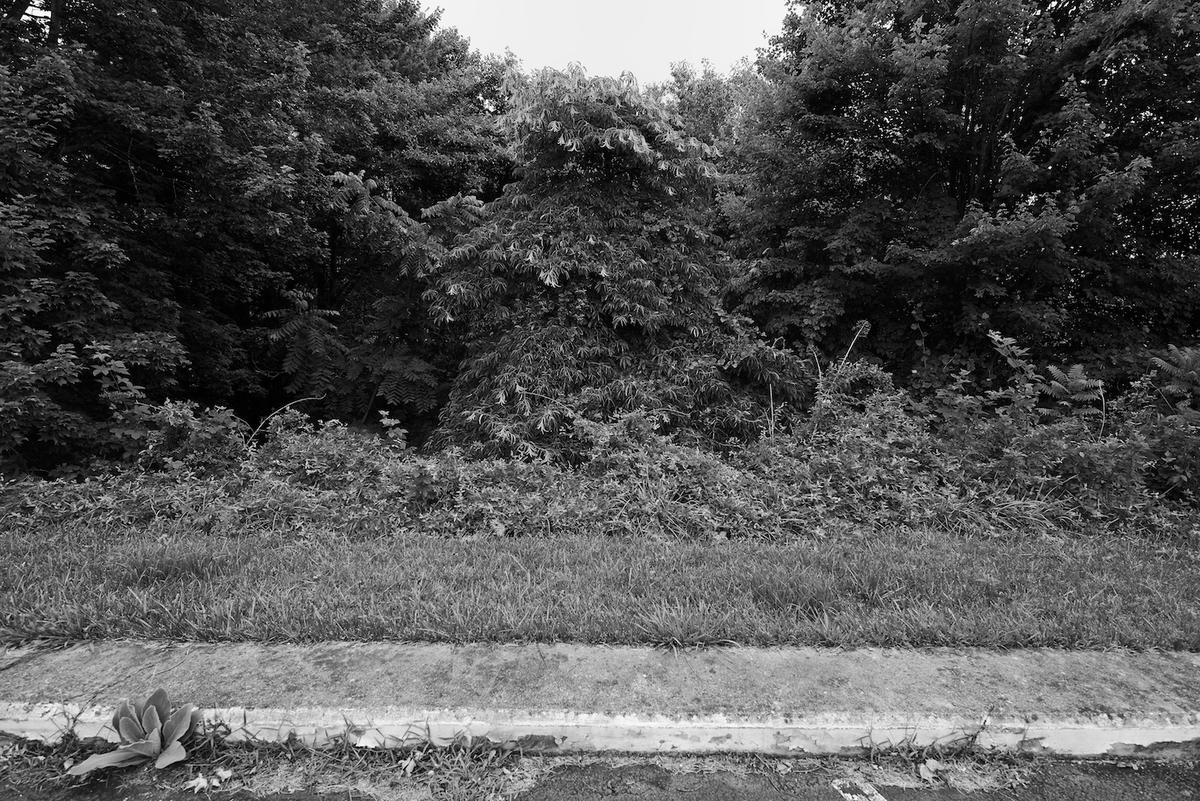 Foreboding and flat, oddly still, dark and a little creepy; right up my alley. I am very pleased for these photographs to have a new home.

Pulaski Motel has never been shown, in fact, most don't know the pictures exist.  I have a hunch that will change for Jessica wants to show them. No artist wants his/her work unseen.