In my last post I  wrote about the tragedy of finding what I had photographed in 2005 being razed in 2011. In this post I will show you some new pictures I made that demonstrate that all was not lost.

Part of the plan was to tear down buildings impossible to restore but to leave many standing that were in good enough shape to remain. Also, the planners made some serious inroads into cutting and clearing growth that had taken over the island in the past 75 years or so. Much of what I couldn't get at or didn't know existed was now visable and accessible in 2011. This is the "revelation" I wrote of in Peddocks #2 Peddocks 2011. 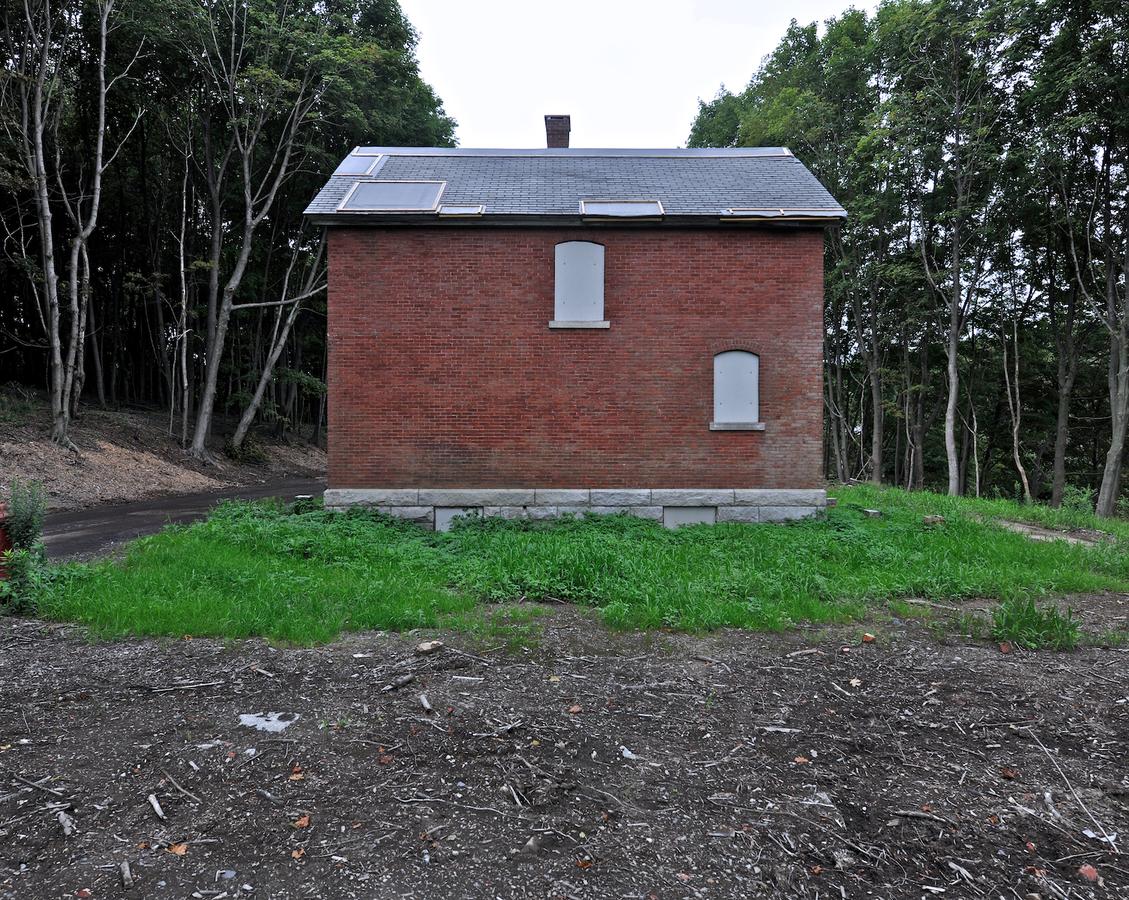 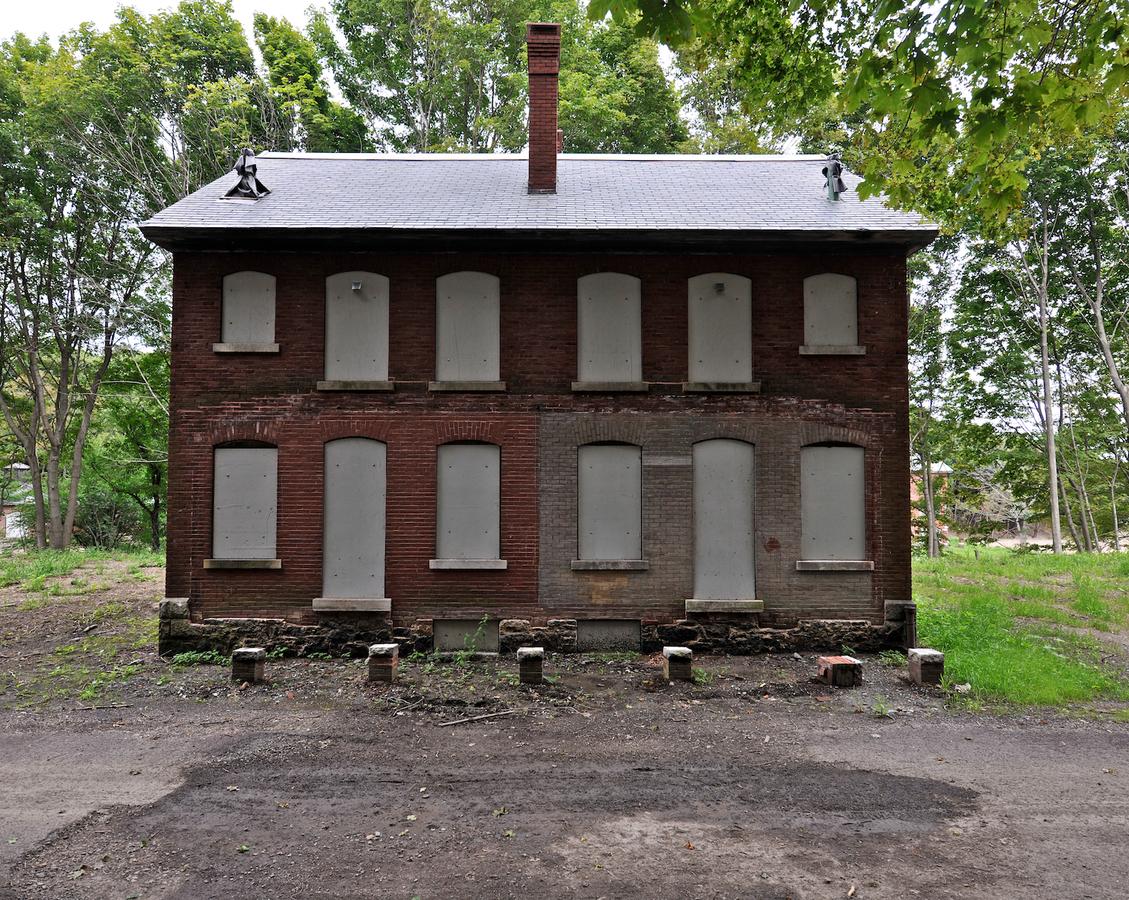 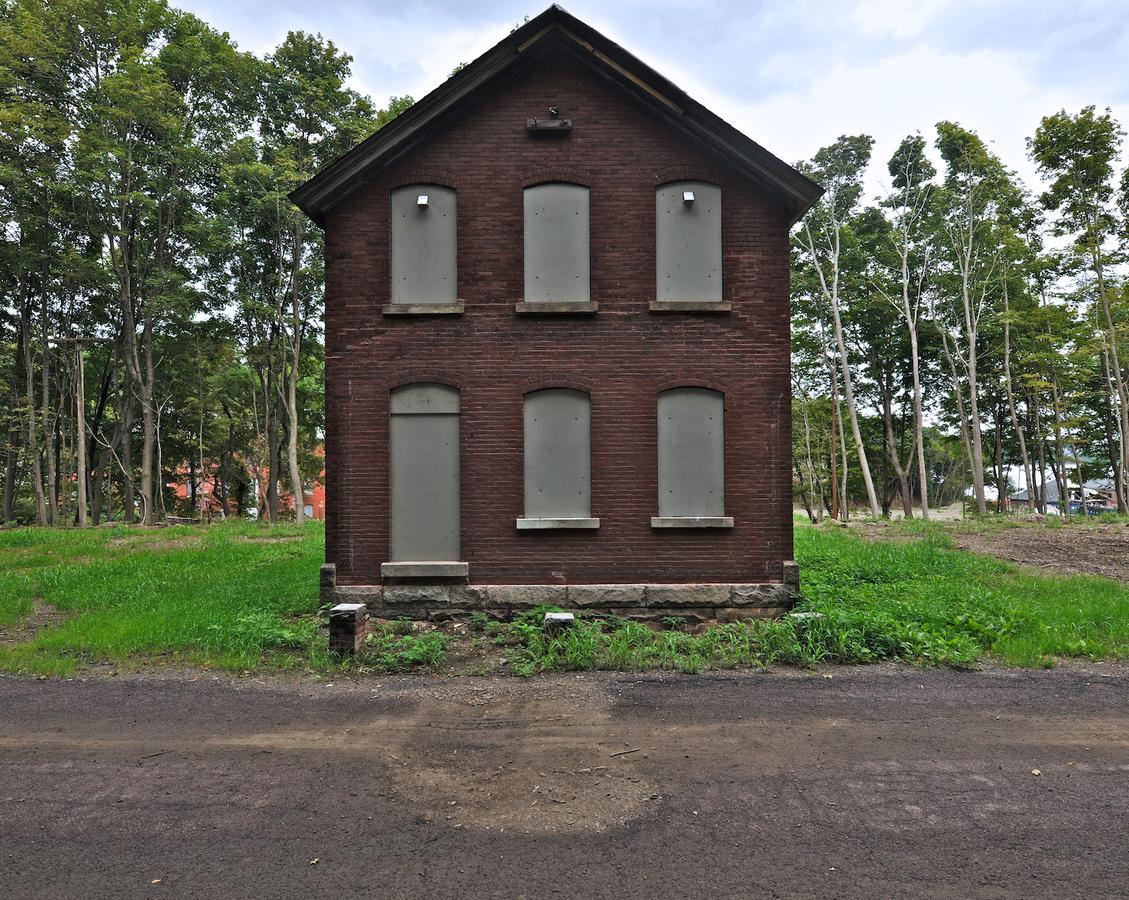 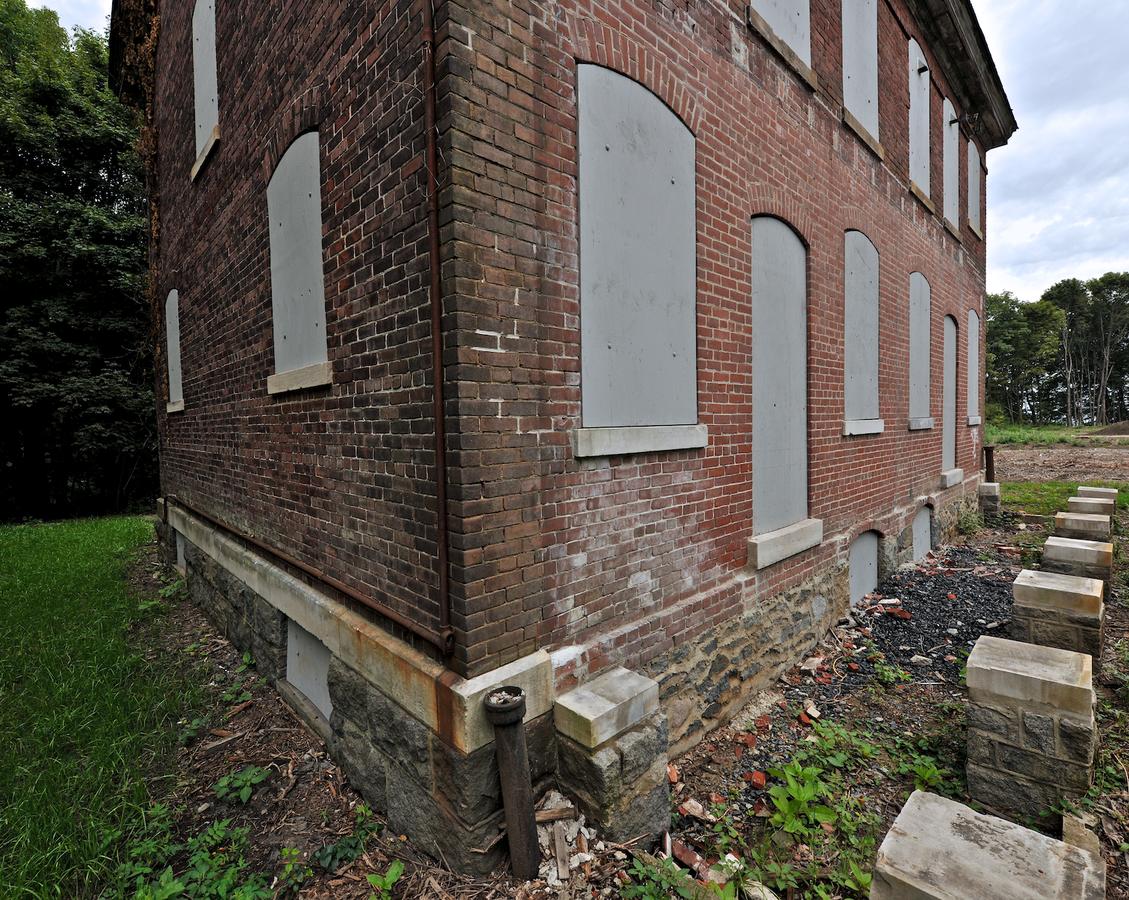 There they were, these brick and stone sculptures of clear and distinct form, embedded with a rich history I couldn't pretend to know, displayed out in the open for the first time in decades. This made the hardship of losing the other buildings somehow bearable as this was hugely exciting to me.

These buildings now formed the core of a new series, a reflection on the 2005 pictures but also something very different entirely. To respect this newness I chose to separate the 2011 pictures from the originals by making them in color. In fact, the 2005 Peddocks Island pictures were one of the very last series I made shooting film and these new ones were in digital.

I'm going to throw a few more in here as the series spreads out a little from these buildings to another complex of buildings now also accessible: 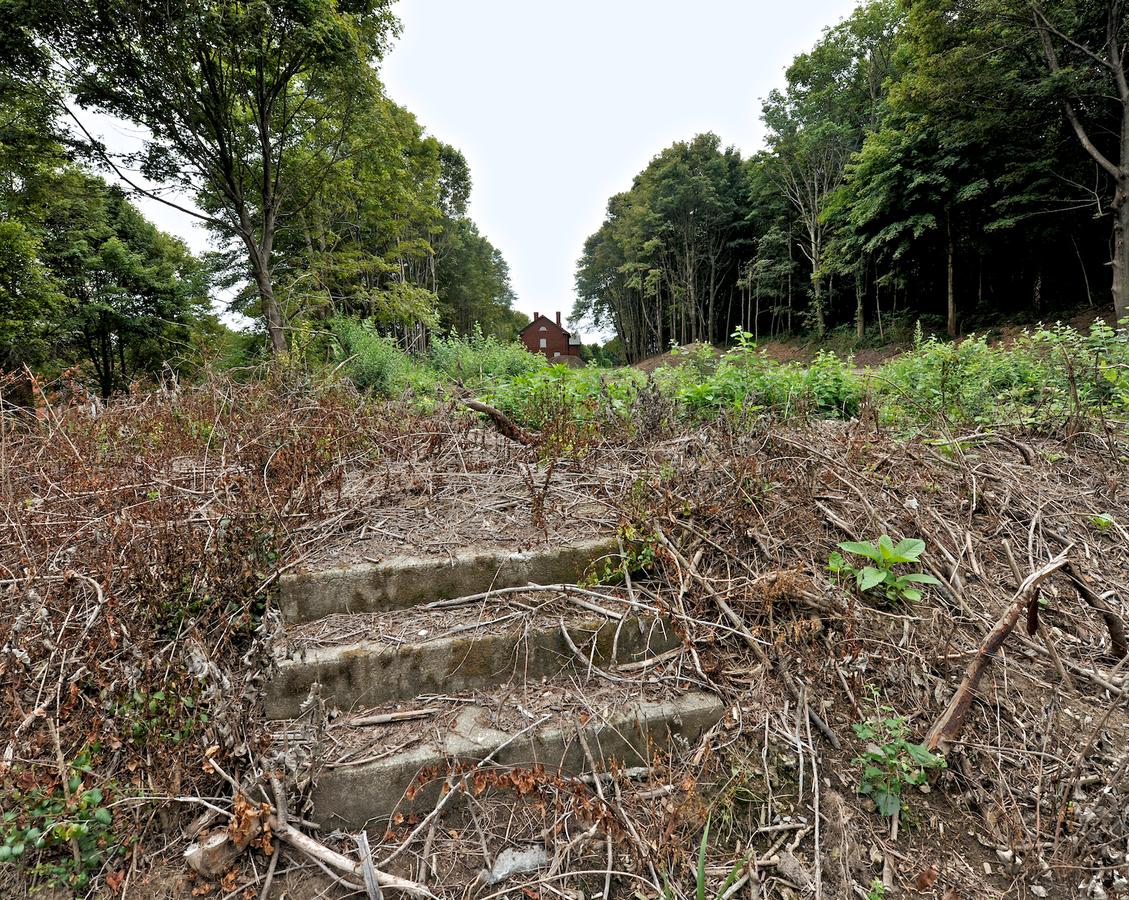 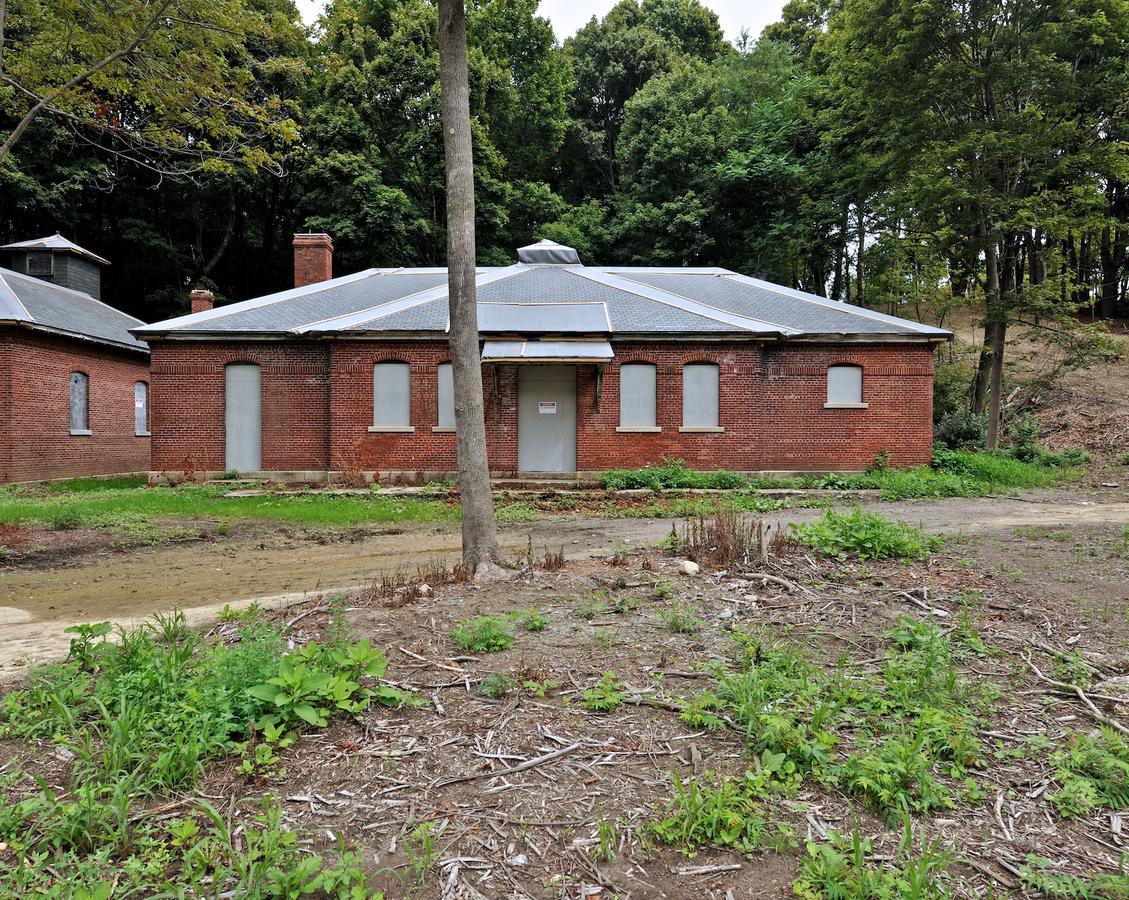 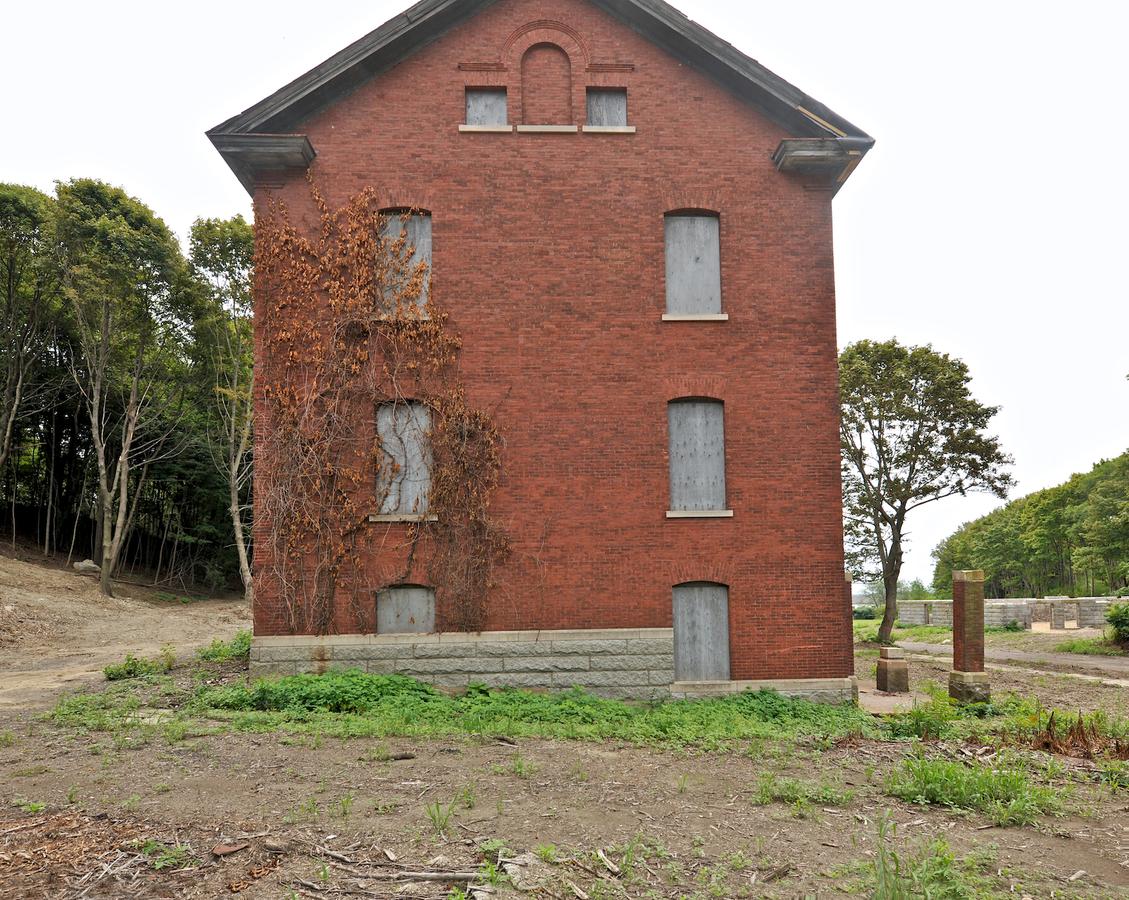 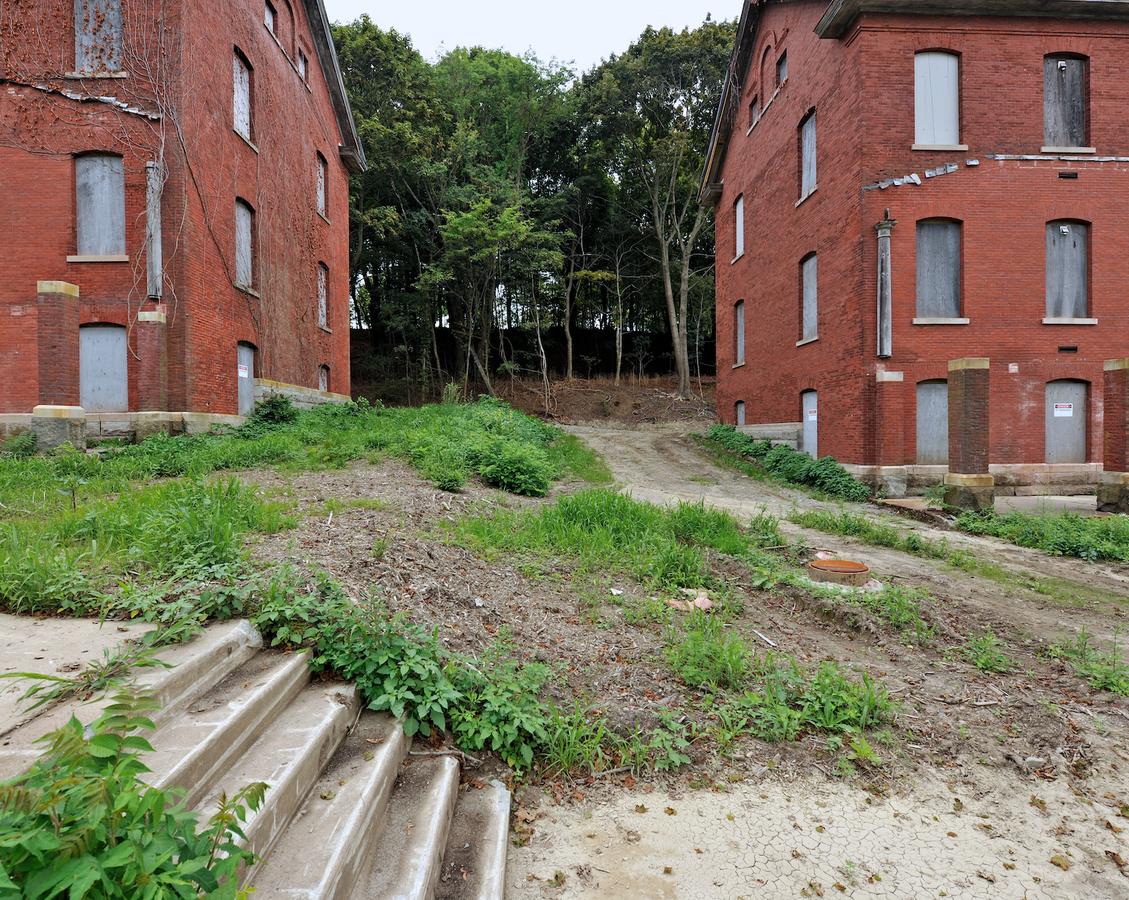 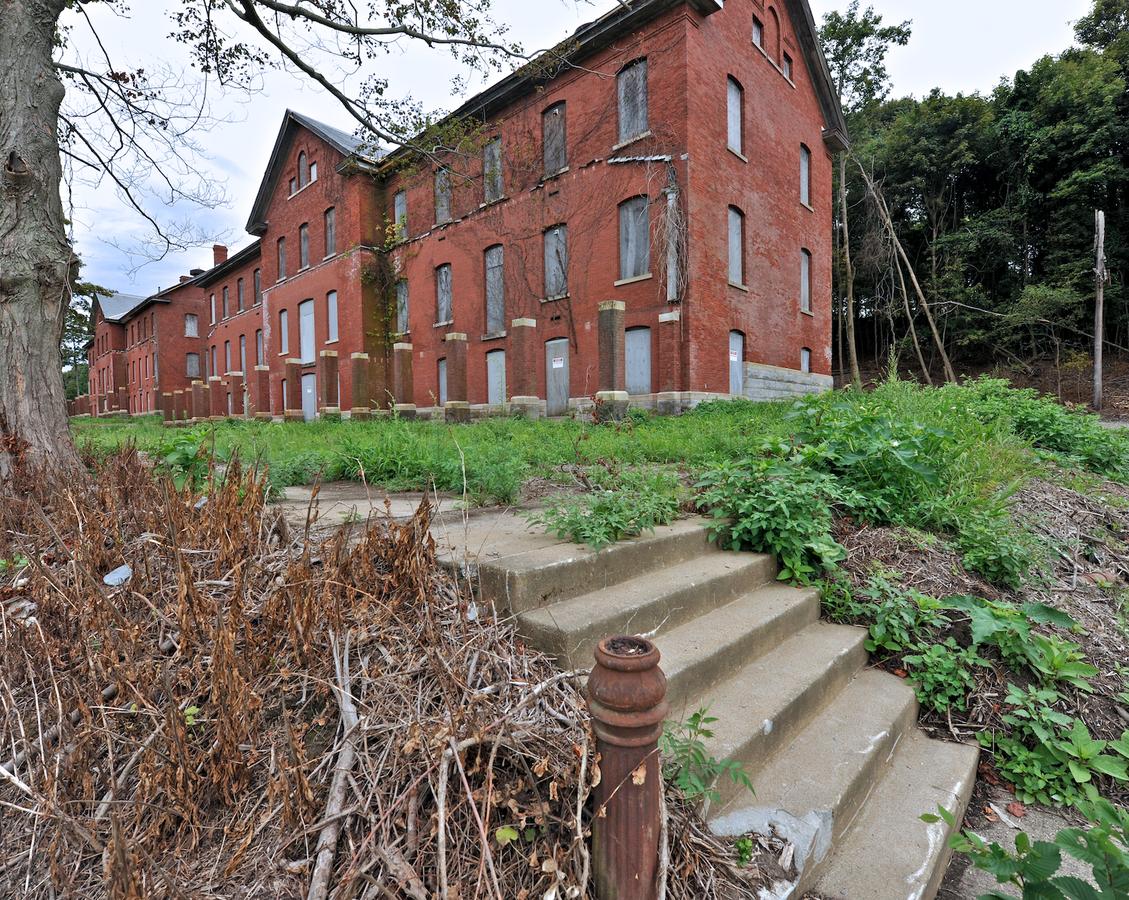 Funny how steps are a prevailing theme here throughout the Peddocks pictures.  Could this be deliberate? 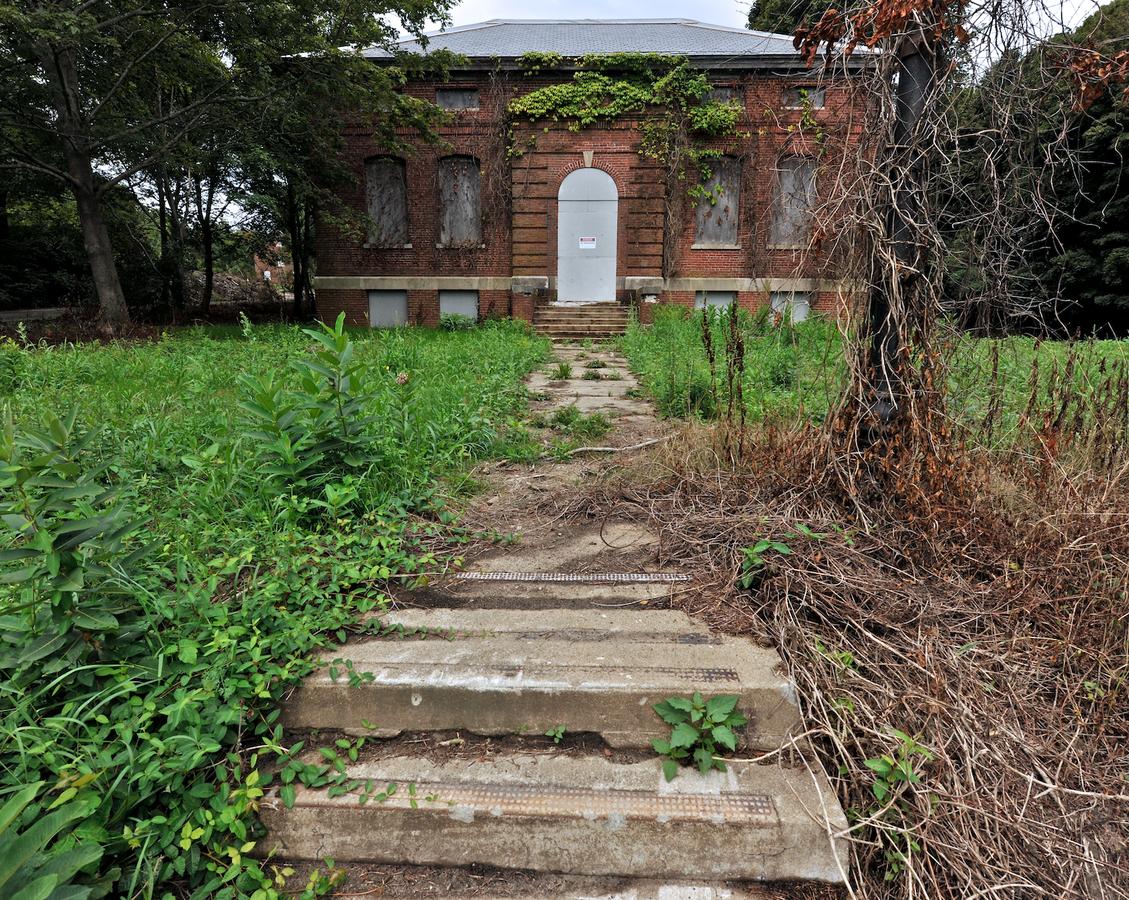 I should hope so.

Okay, so where are we? We've looked at the first ones from 2005, all dark and flat and overcast and brooding. We've looked at these from 2011 Peddocks 2011 and I've written about tragedy and revelation. So, what could be next and why would I go back again this past summer and what could I hope to get by returning, camera in hand, once again to Peddock's Island to photograph.

Well, not to sound immodest, but OMG wait until you see!