Odd. You would think the short series called Moses Lake 2 would be preceded by Moses Lake 1. But it is not. 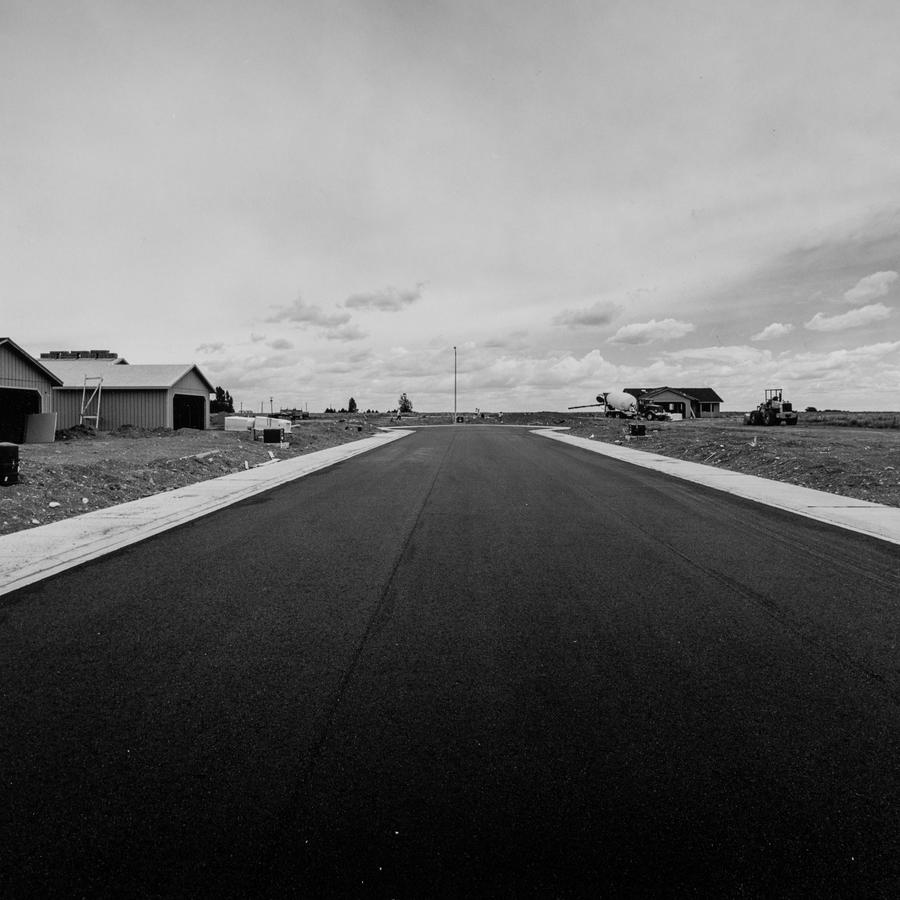 Let me give you a little context. In the 90s I was steaming on several fronts. Still shooting in black and white 8 x 10, I was making yearly trips to photograph in the wheat field country of the Palouse in eastern Washington. But I was also shooting with the Superwide Hasseblad mostly handheld. 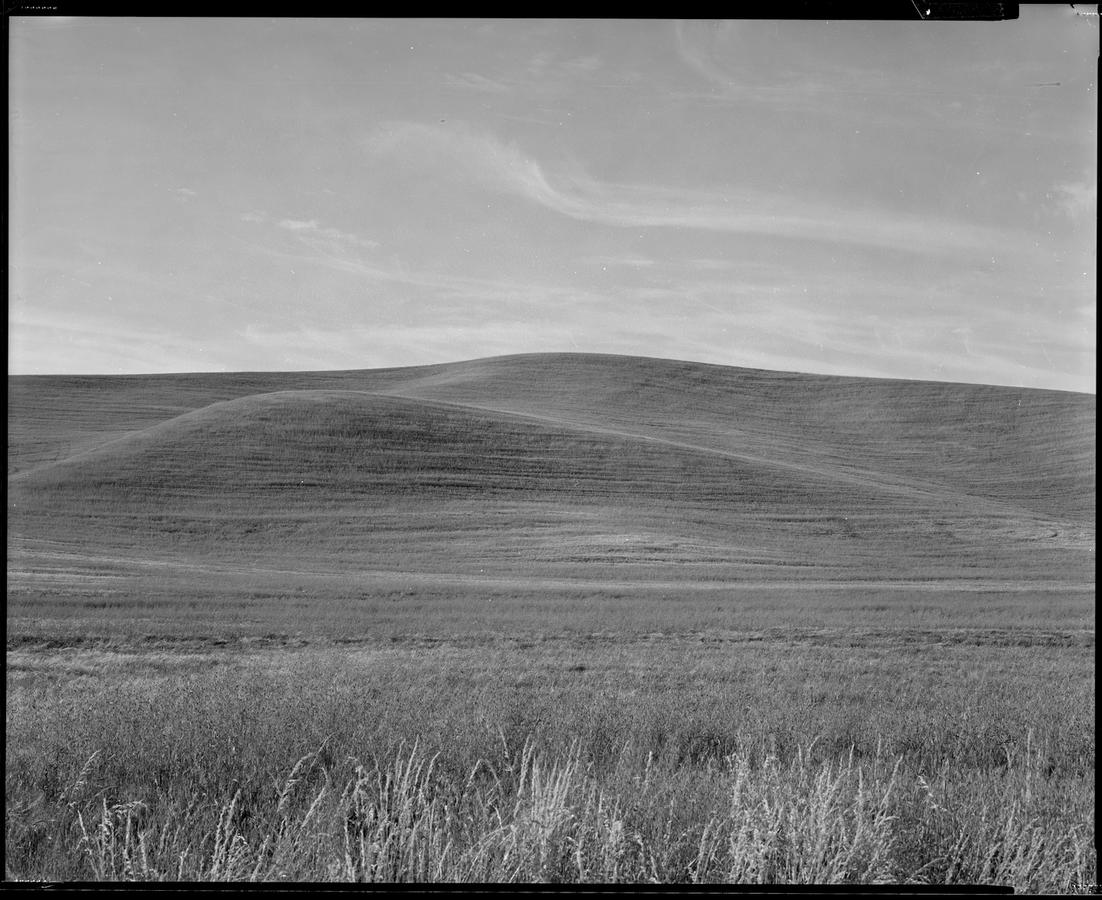 In those days I often would fly west to Seattle or Portland and drive back east in a rented car to Colfax or Pullman, which served as a base for ten days or two weeks of photographing in the wheat fields.

Washington is a big state and, once over the Cascade Mountains, it is dry and desert-like. Inevitably, after several of these trips driving east I was going over the same territory. Driving on Rt 90 I would go right through Moses Lake, a small town in the middle of the State. In the mid-90s the town was experiencing a housing boom. As I was photographing all sorts of housing in those days, I stopped to photograph one development under construction where, I learned, the builder was able to put up a house a week. 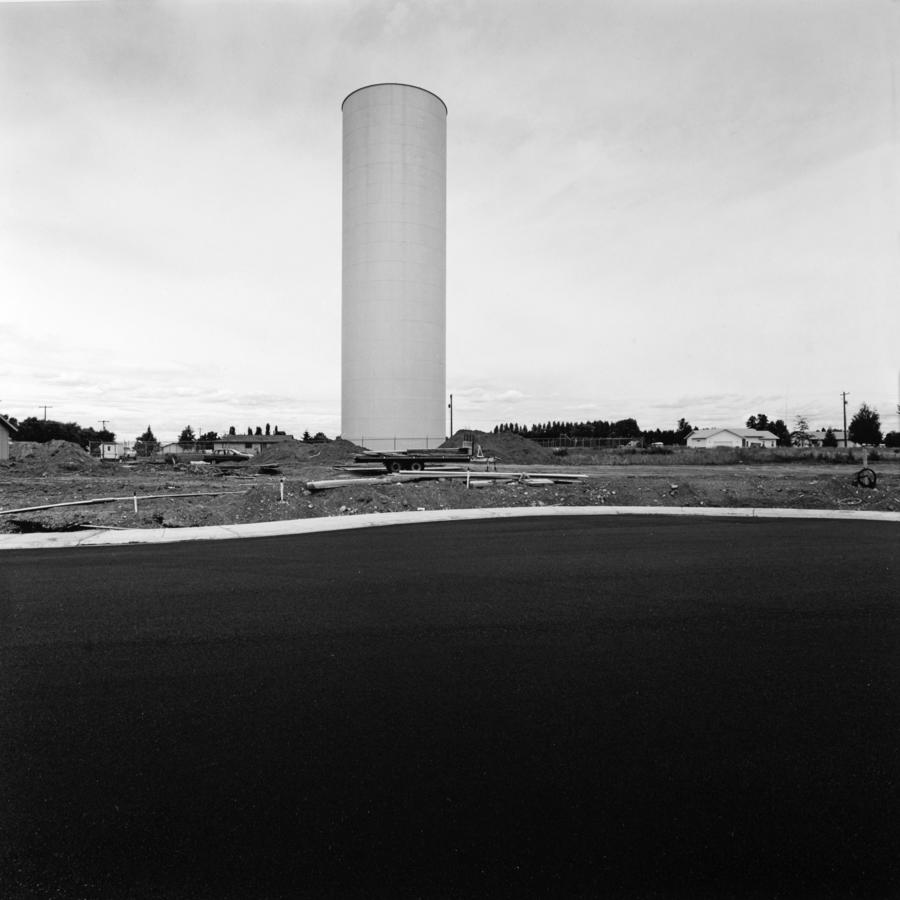 Moses Lake 2 was the 2nd time I'd photographed homes under construction in Moses Lake. 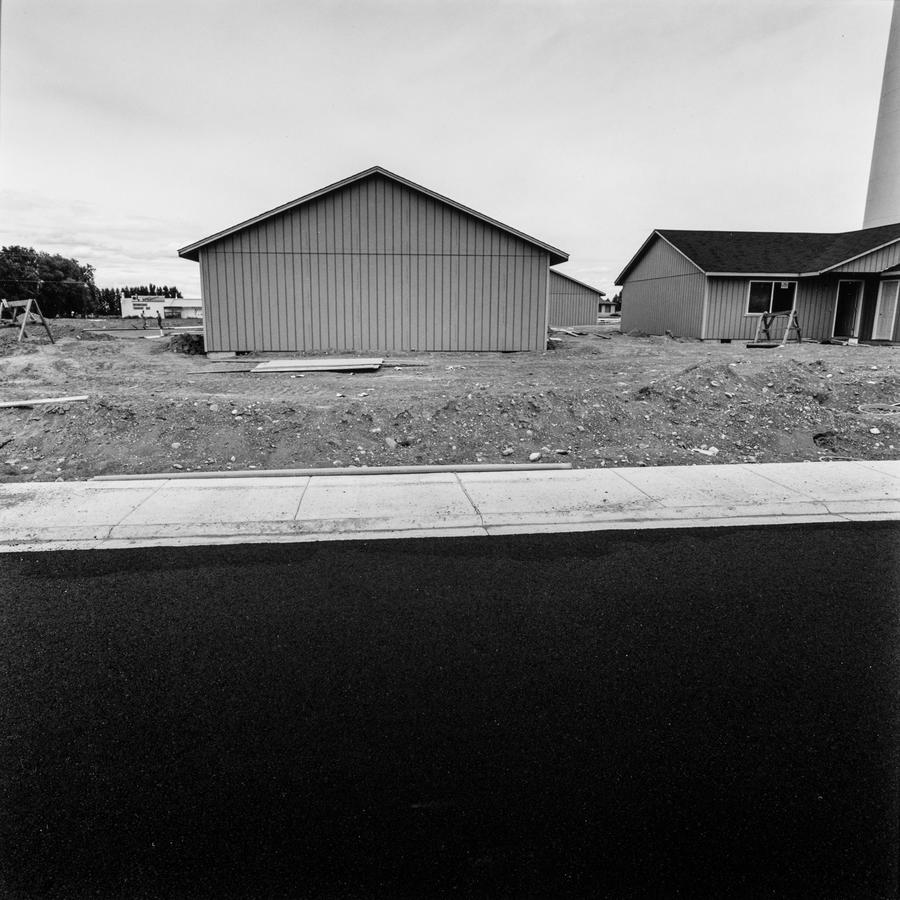 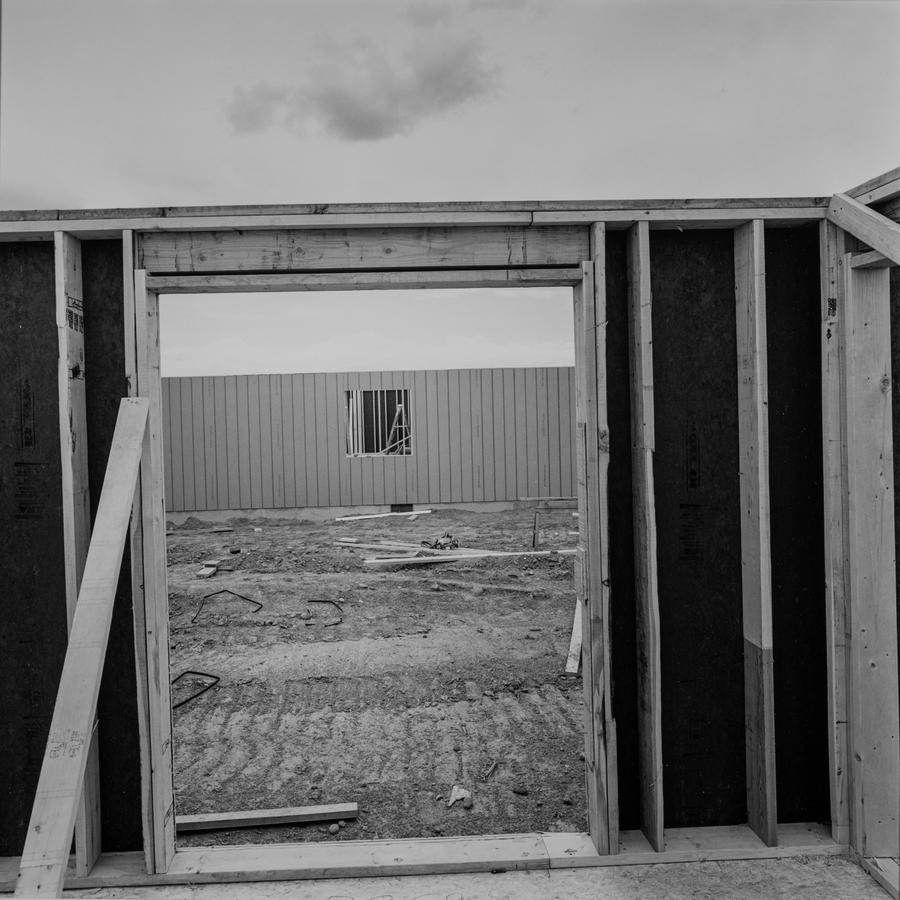 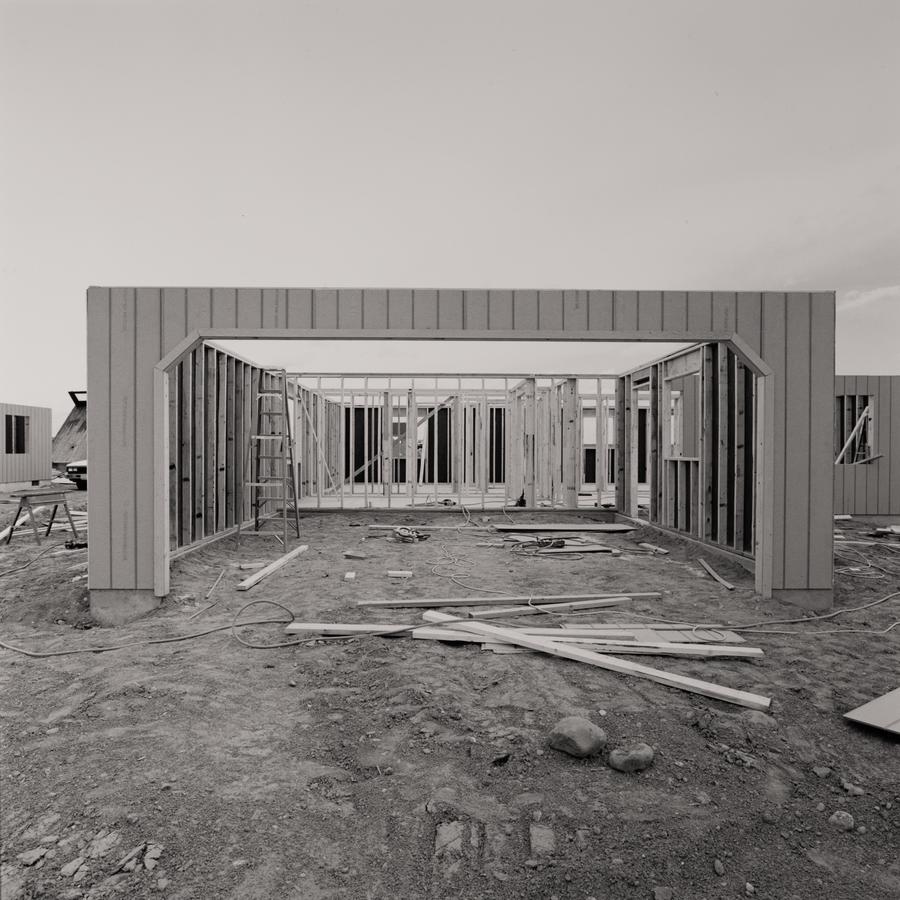 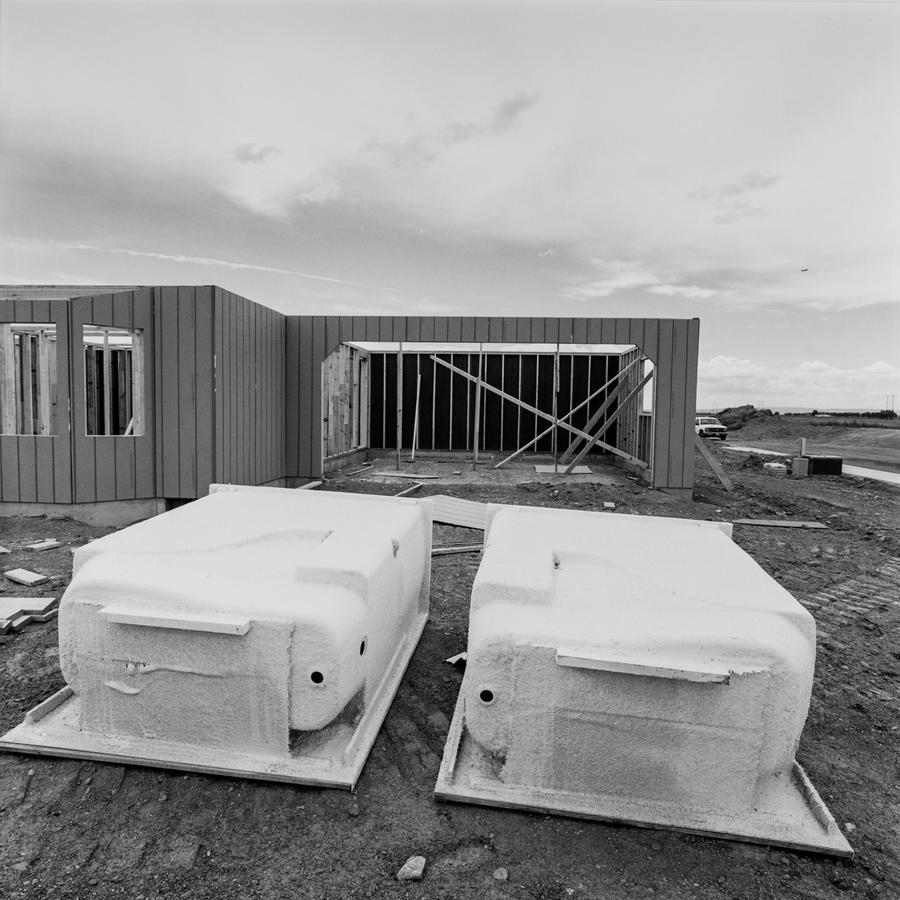 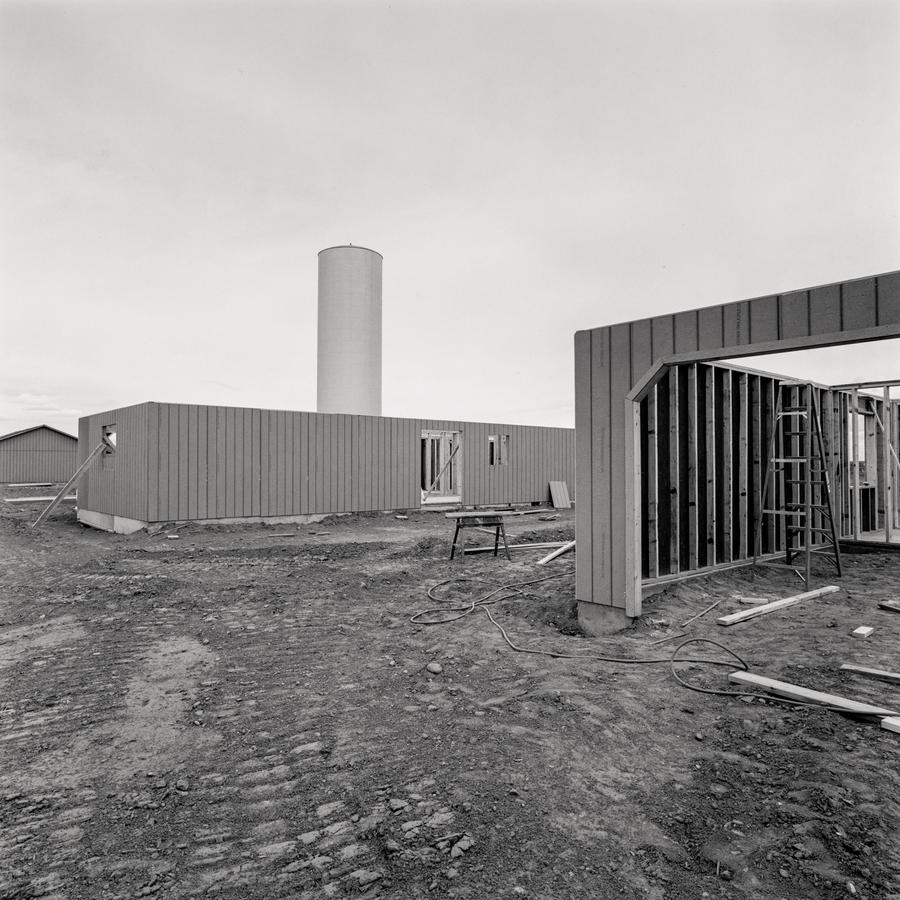 The two prevailing characteristics were the water tower and the incredibly black pavement which had just been rolled out, in fact, hot under my feet. 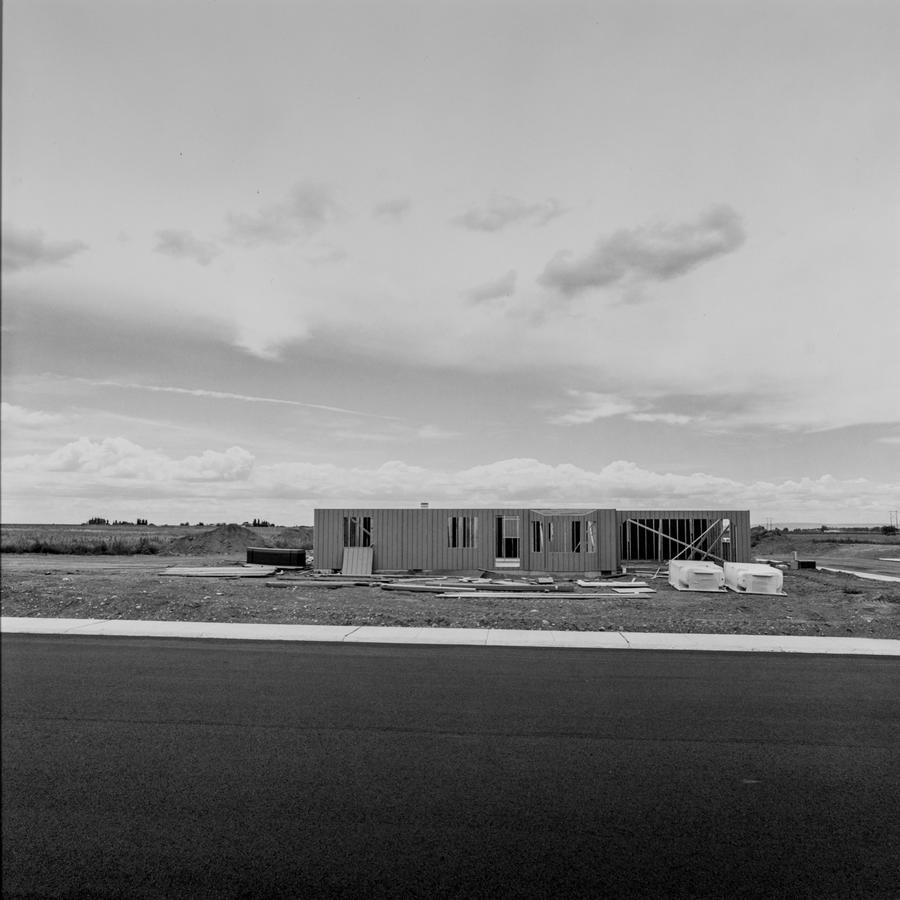 I made Moses Lake 2 prints on Kodak Polymax paper 11 1/2 inches square. They are over matted to 16 x 20 inches and are available for viewing at my studio in Acton, MA by appointment: here.

Gallery of photographs made in June 2019 and posted on the site the end of August 2019.

I have been photographing in the wheat growing regiong of SE Washington called the Pallouse for 25 years.

Prints are 25 x 17 inches and may be seen by appointment through Insight Arts Manangement. Ask for Maru at:

Made over a three year period, the series was written about in 2014 in two posts on my blog:

The Cambridge series are an important group of pictures for me as this was during the time when I wasn't making series work. I had stopped making series pictures in the mid eighties and had concentrated on making pictures in the 8 x 10 inch film format for many years. I didn't make series work in 8 x 10, but I did with these. These were unusual in that I made them where I live, during the fall when I was teaching. As the job was demanding, I very seldom made pictures on this kind of large scale when teaching. I made these over a three week period and printed them the following Christmas break. The prints are 24 x 20 inches. The print portfolio is  incomplete as several of the original prints have sold.