So far in this Wheat series we've looked at early days: years in the 90's and early 2000's that were pre-digital, pre-aerial and pre-color. Then in Wheat2 we looked at my transition from career black and white photographer to using color extensively in my work and then early aerial work. In this post I will speak of the sea change of switching from 8 x 10 inch film-based photography to digital capture. Probably not a nail-biter like a John le Carré spy novel but nevertheless gripping, I hope.

So, by 2003 or so there are big changes happening in photography. Forecasts about the impending change to digital are being beaten by the actuality that consumer level digital cameras are already on store shelves. At school we invested in the first real professional digital camera from Nikon, the D1, a $10,000 camera with a 2 megapixel file size. I was starting to teach digital capture, we were buying low end point and shoot cameras for intro students to check out and in higher level classes we were making our own color profiles.  We also were beginning to print with inkjet printers, our first being an almost impossible machine to get a good print out of: the terrible Epson 7500.

Up until about 2004 I had been working in the hybridized system of shooting film (mostly 8 x 10) then scanning the processed film, then making inkjet prints using earlier versions of Photoshop with inkjet printers. As papers were poor in those earlier days a lot of us printed on water color papers and I was no exception.

But by 2005 and 2006 things were beginning to get interesting and better in digital capture. We bought several of the new Nikon D70's for school and I bought one too. Although I did photograph with it, it soon became apparent that this wasn't a real photographic tool, at least not one to make good prints from. I also bought the first good Epson 44 inch printer: the Epson Color Stylus 9600.

This is an aside but in 2005 I took my last 8 x 10 trip. By this time this was such a logistical nightmare of getting equipment to the site that I was shipping the camera ahead to my destination. I rented an apartment in Cody, Wyoming for 5 weeks that summer, an area where I had worked on a ranch for two summers when I was a teenager.

This is the kind of subject I was photographing and the camera I was shooting it with. I was working in black and white: 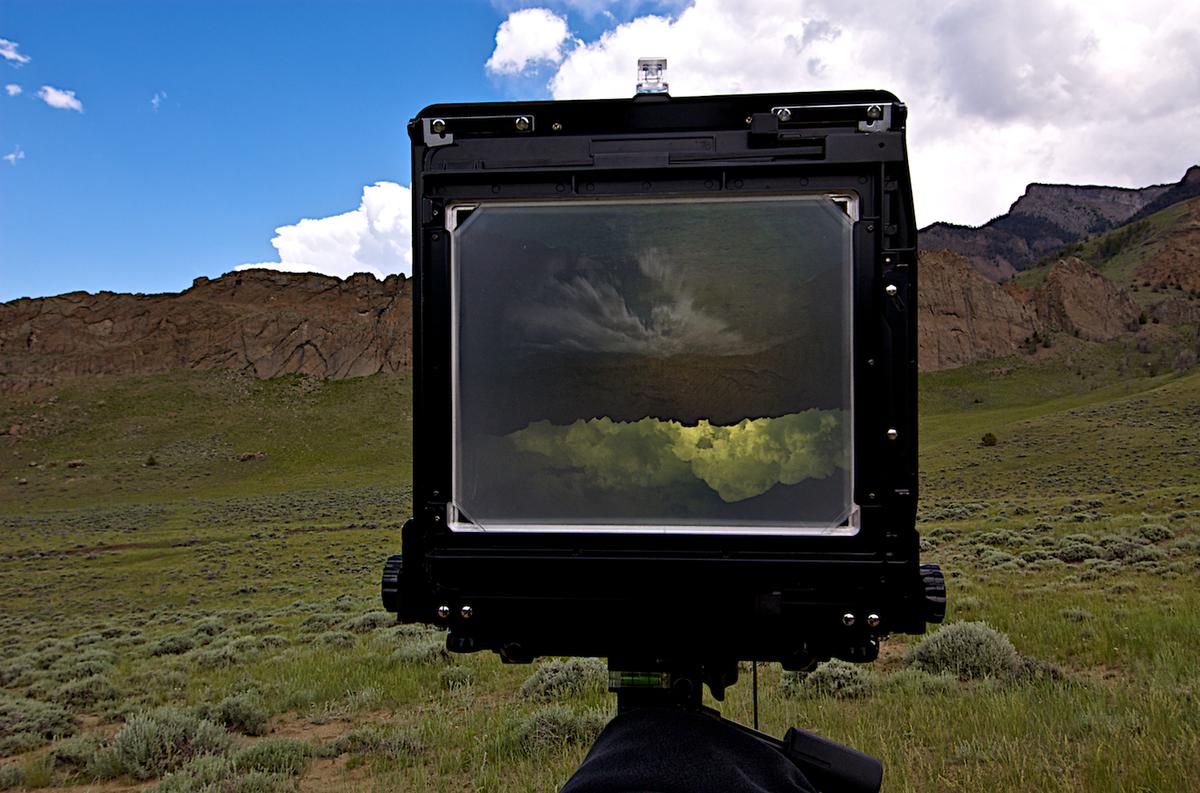 The above was made with a Nikon D70, as was this: 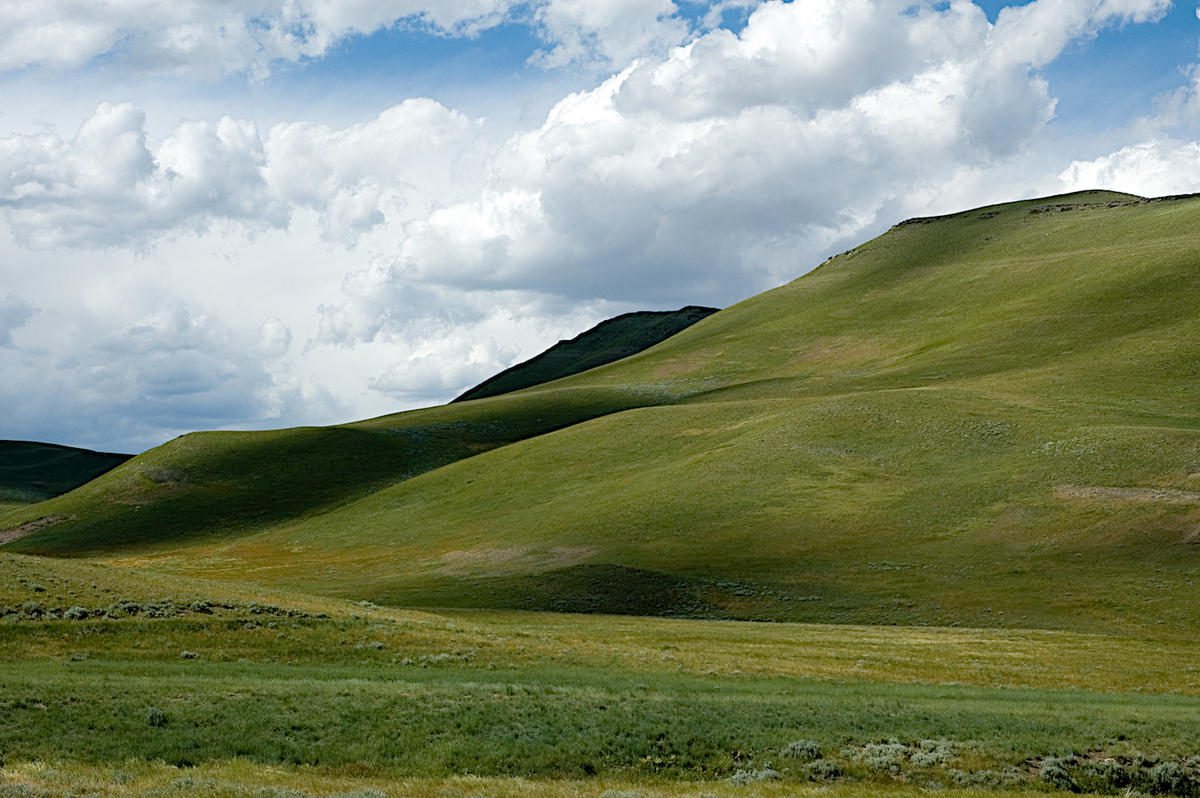 This may be wisdom in hindsight but this picture looks like I wish I could shoot things like this in digital but remember this is 2005. In other words, digital wasn't there yet but it sure as hell was coming.

By 2007 all that had changed. By then I had been through two iterations of digital  cameras: the Nikon D200 and the Nikon D300. Also by 2007 I was working more intensively with digital. Much of the Cabela's work was with the D300. When I wanted higher quality for larger prints I would stitch many frames together to obtain a larger file. I shot one whole summer while teaching in Venice stitching files together each night. Rendering times were often several hours.

The Nikon D3 was Nikon's first full frame DSLR and mine as well. This camera brought in a whole new level of file quality and by 2008 I was able to make prints that really fit into my definition of what a print should look like, in sizes up to about  22 x 17 inches and sometimes larger. 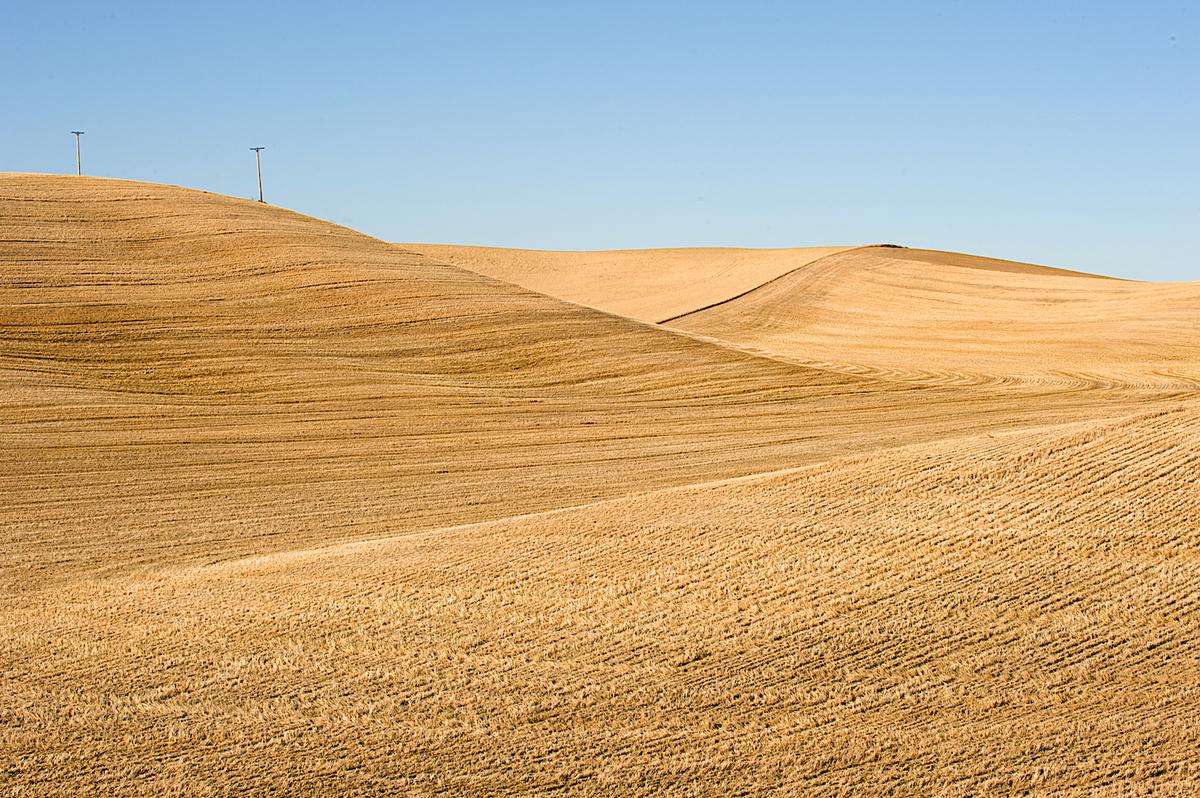 These files had sharpness, subtlety, wonderful color rendition and a broad dynamic range. Plus, and this is big for a view camera photographer, I was making pictures like this hand held.

I was also making pictures like this hand held: 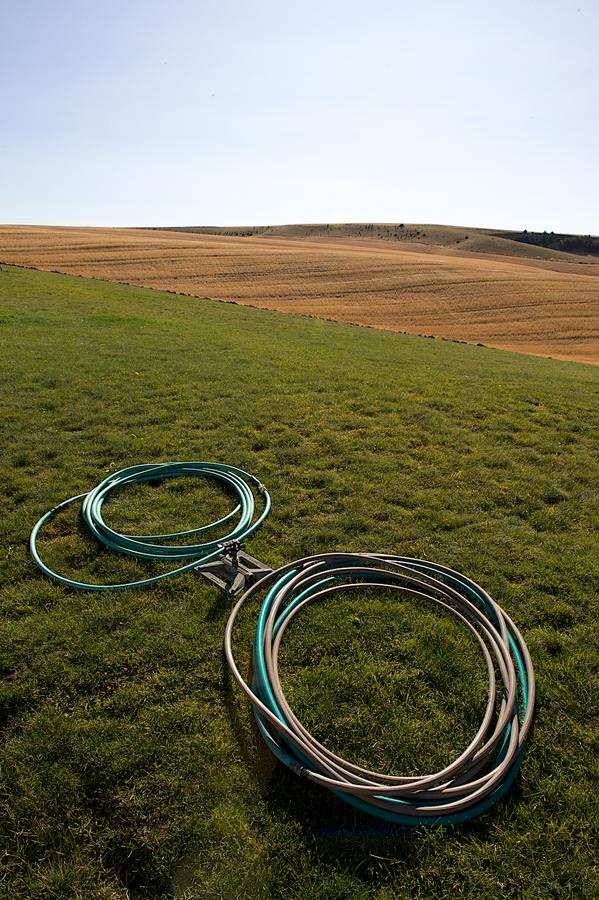 with the same camera. Dreams were coming true. For the first time in my career, I was seamlessly blending the heavy duty, more serious landscape work with less formal more impulsive or even experimental pictures using the the same camera. For me, digital had fully arrived. I am often struck with how lucky I am to be alive at a time when one way of making photographs is fading away and another comes to relative maturity.

Of course you are asking if I was still shipping the 8 x 10 camera out to Pullman to shoot wheat with it too?

No, the Wyoming trip was the last time I did that.

Next up in the extended Wheat series I will delve into trips from 2008-2012 and write about current practice while standing on the ground. After that we'll look at a series I am calling "outtakes", then in the last section I will write about the aerials made in the Palouse.