This is the second in a series of posts about the wheat pictures I've been making since 1993. In this one we'll take a look at the color 8 x 10 pictures I began making in 2001 and then finish with early aerials.

By 2001 I had made pictures in the Palouse region of Washington for several years.  I would fly out from Boston where I live, rent a car, book a motel, and spend most days on dirt farm roads looking for things to photograph with the 8 x 10 camera. Most trips were for ten days or so. In 2001 I brought with me ten sheets of Fujichrome Provia color transparency film. This was big. Why? Because for the previous thirty years all my photography had been in black and white.

That summer I shot the 10 sheets of the color slide film and underexposed all 10 sheets. Clearly, if I was to work in color in 8 x10 I needed to get my shit together. So over the next nine months while teaching I practiced, shot film and worked on understanding color exposure and filtration better. By the time I was headed back to Washington to photograph in the summer of 2002 I felt confident I knew what I was doing. 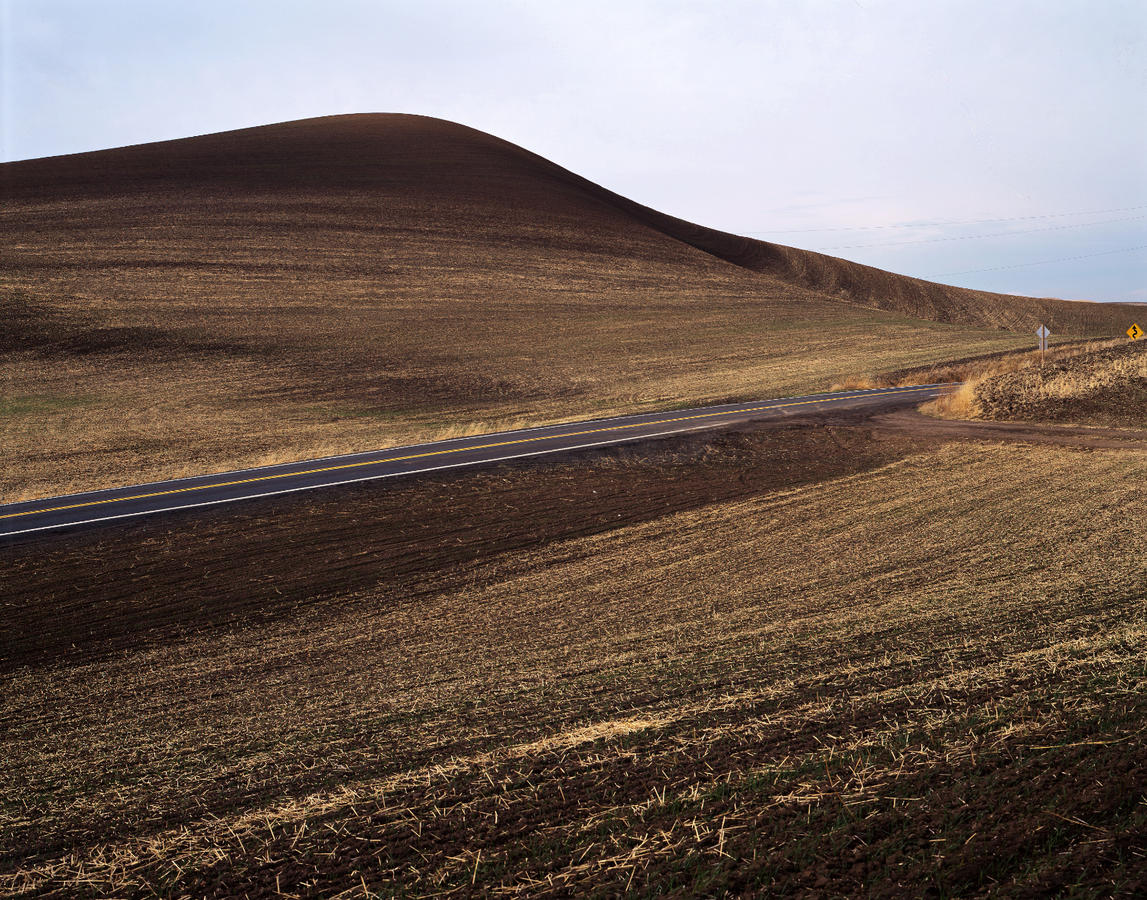 I shot about 50 sheets of Fuji that trip. 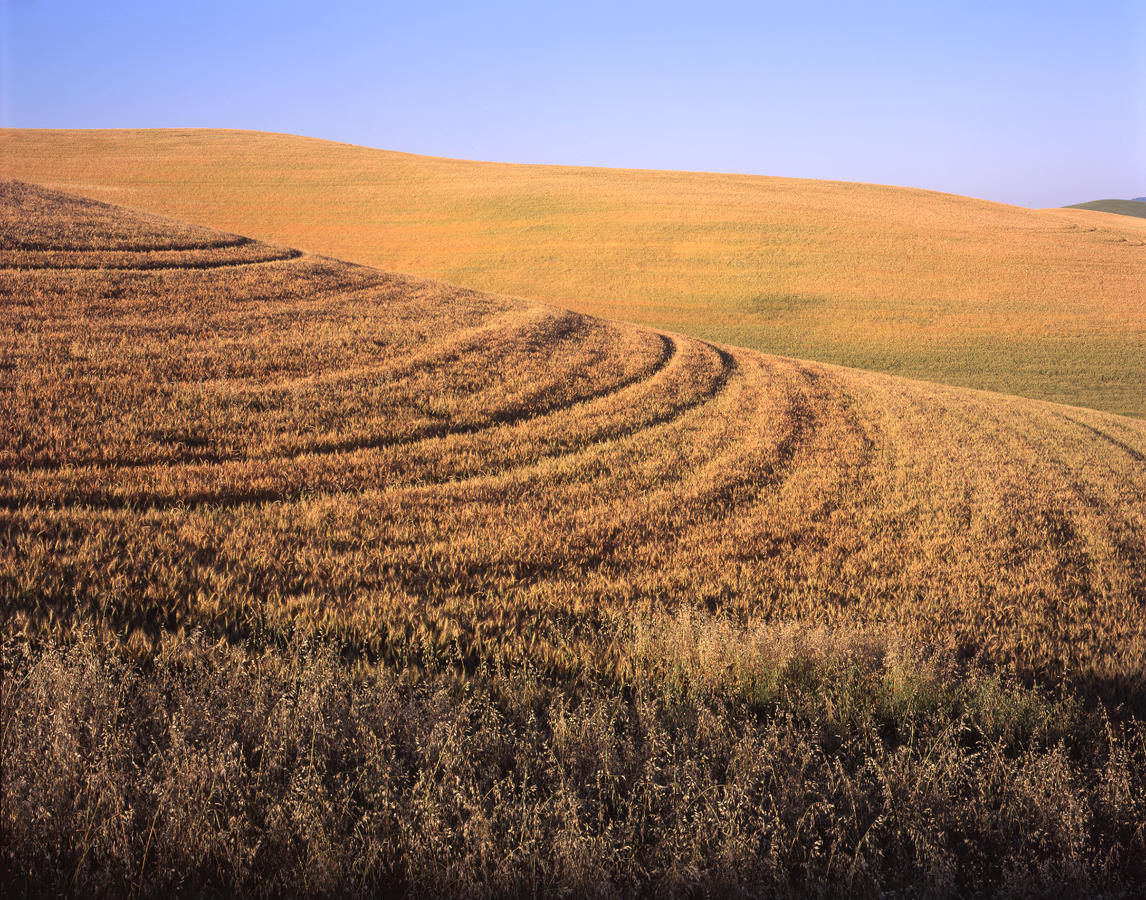 So here I was photographing the fields in color and black and white too, although I was now less interested in those. I was interested in photographing wheat in color because color was fundamental to where I was and hugely different depending on when I was there. What also happened, of course, was that color started to slip into all the shooting I was doing. I was even shooting color series work in 120mm the way I had shot series work in black and white for twenty years. In short, big changes were afoot as the old rules no longer applied. There have been many things that have happened over my career that have reinvigorated my photography. Color at this time was one of them.

There's a catch and that is that there really wasn't a way to realize the color I was shooting in any high quality manner. Inkjet printing simply wasn't good enough yet, I hated C prints as they looked plasticky and veiled, Cibachromes were expensive and the chemistry was very bad. About the only way to see these was to print them at school using the Fuji printer we had, which used two rolls to make a print: a receiver sheet and a transfer sheet. It was good but the downside was that the printer only printed to 11 x 17 inches and each time you made a print it cost about $15.

It wasn't really until about 2003 or 2004 that I was able to realize these 8 x 10 inch transparencies as good prints that were large enough. I had several shows in those years at Studio Soto Gallery in Boston that highlighted this work. The prints were typically 4 x 5 feet and were inkjet prints.

Since there is room I'll move now into telling about the early days of shooting the wheat fields from the air. I'll conclude this series of posts in Wheat 6 with more current aerials.

One of the trips I took out to the Palouse in the late 90's had me flying to Seattle and then flying back east to Pullman on a small turbo prop plane. This meant we were flying over much of the country I had been shooting from the ground. As the plane was low enough and it was clear enough I had a look for the first time at what the area looked like from the air. I decided then that I should see if I could  find a way to make some aerial photographs of the fields.

A few days later I met Doug Gadwa. He owned a small air charter business at the Pullman airport. He told me he could take me up for an hour or so and that he had a Cessna high winged plane that had a removable back seat with a small plate in the floor that could be unscrewed. This would allow me to shoot straight down.

The only camera I had with me that might work was the Hasselblad Superwide (SWC). The next day, up we went. They had removed the rear seat for me and I lay on my stomach in front of a 4 inch square hole in the floor, looking straight down. I could either look through the hole to the ground sliding by us below or stick the camera in the hole to take a picture, but couldn't do both at the same time. 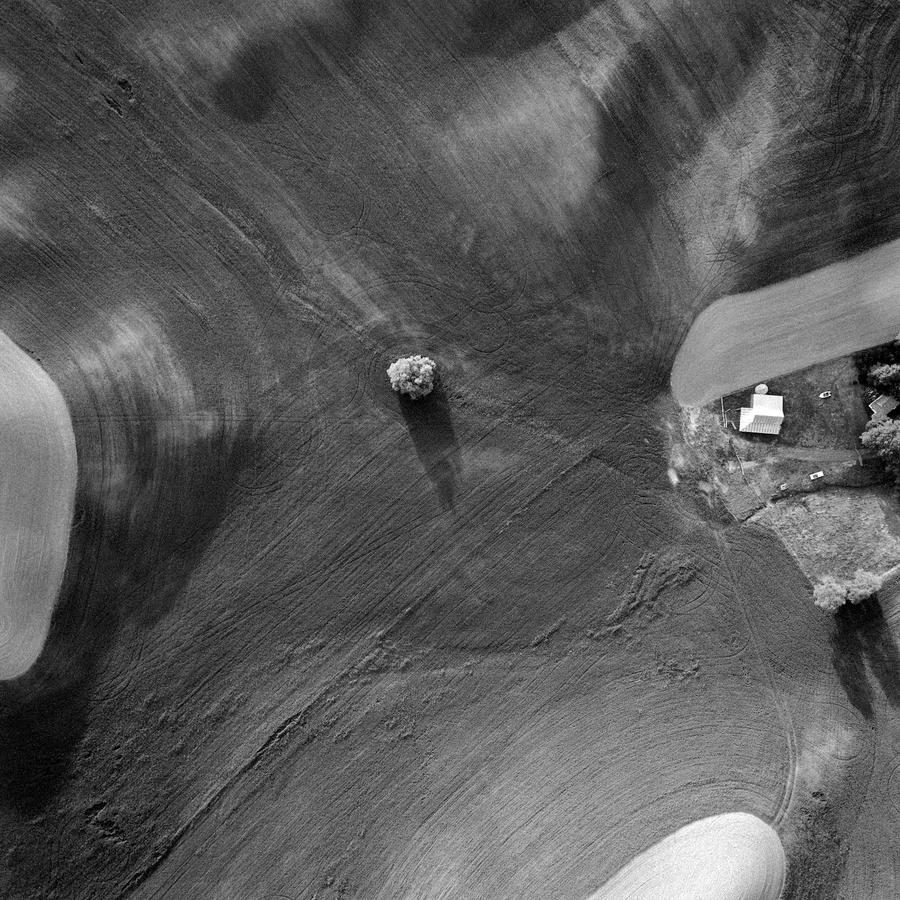 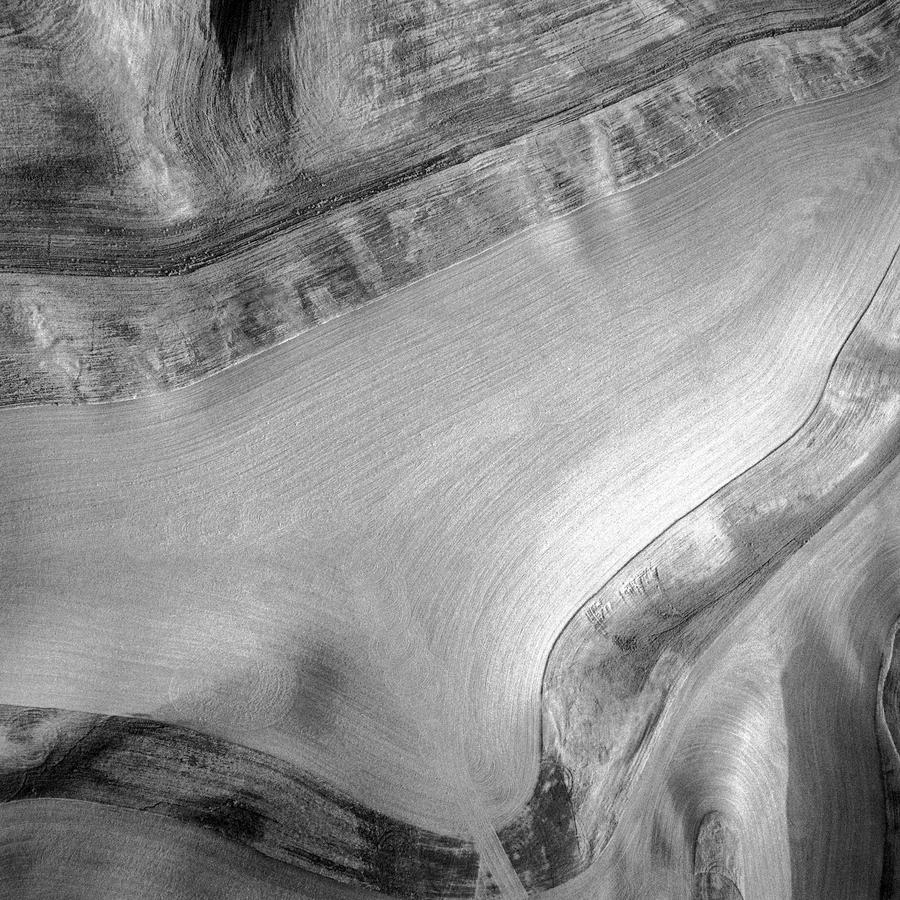 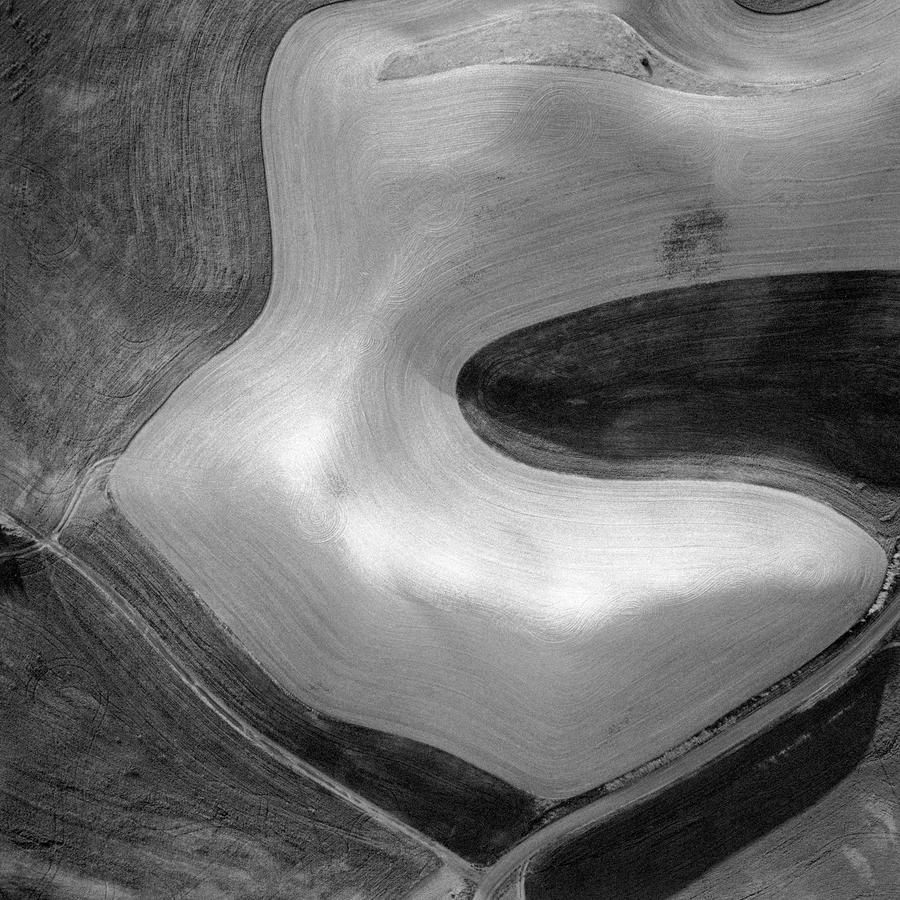 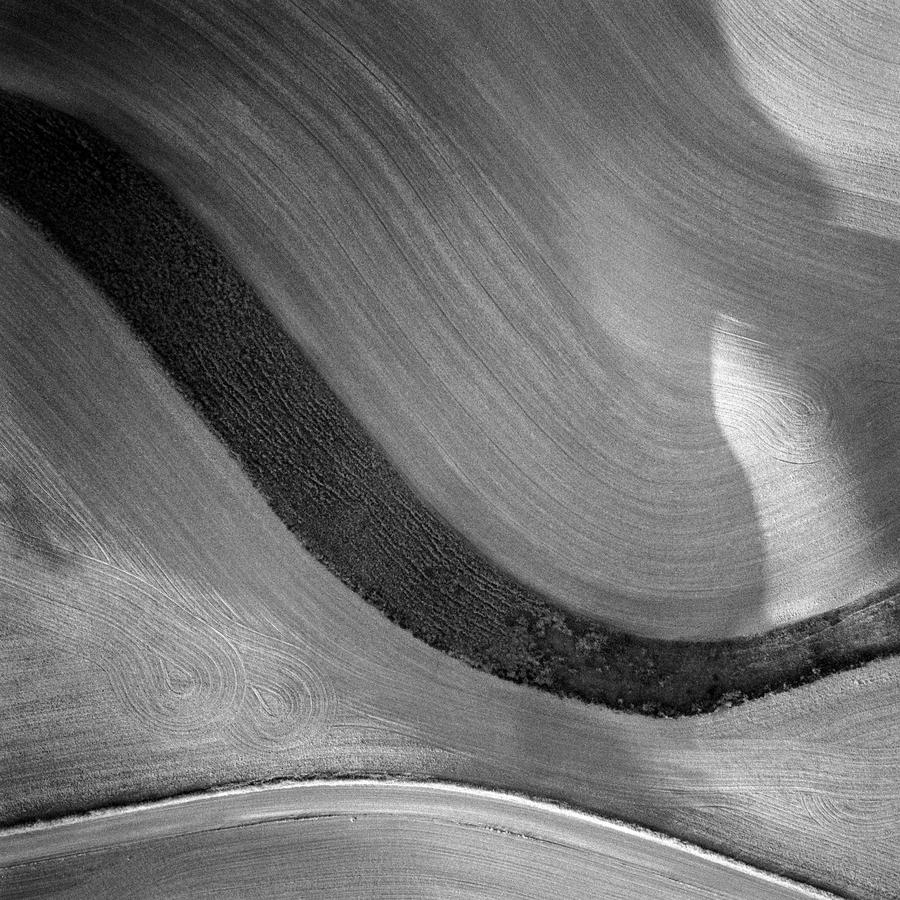 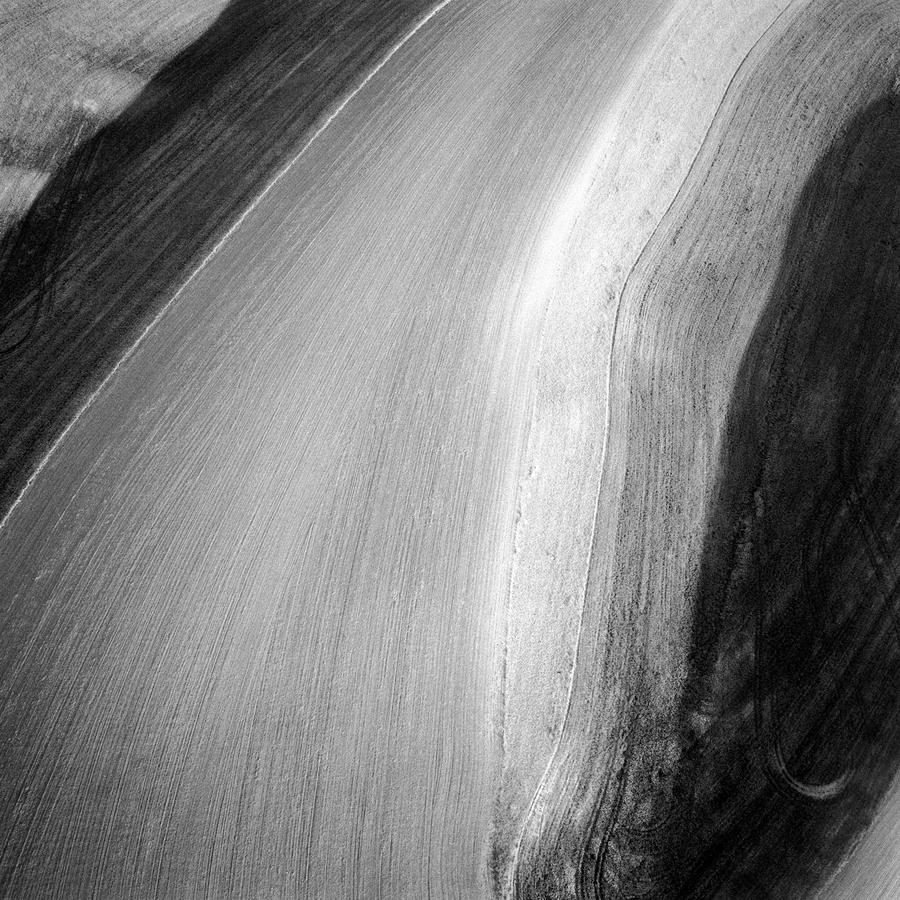 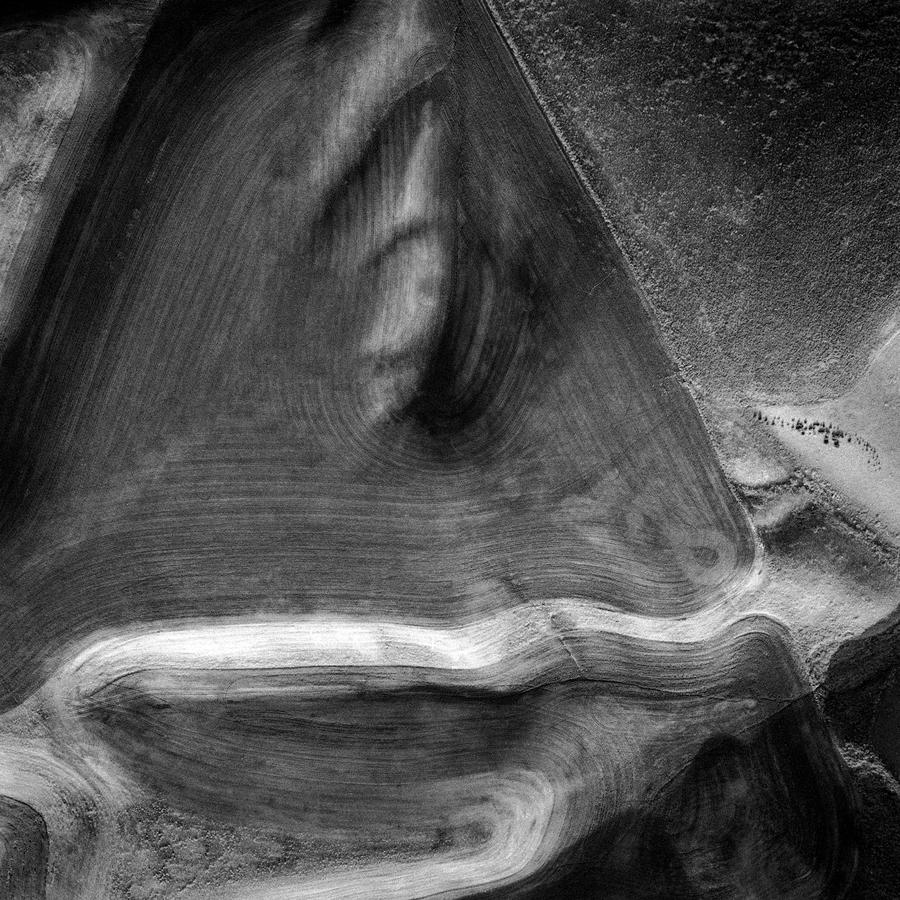 As it turned out the Superwide was a wonderful camera for photographing this way as it was wide and its 38 Biogon lens was very very sharp.

After that trip I began thinking of working aerially as simply being part of the way that I made pictures in Washington. What came next? Color, of course: 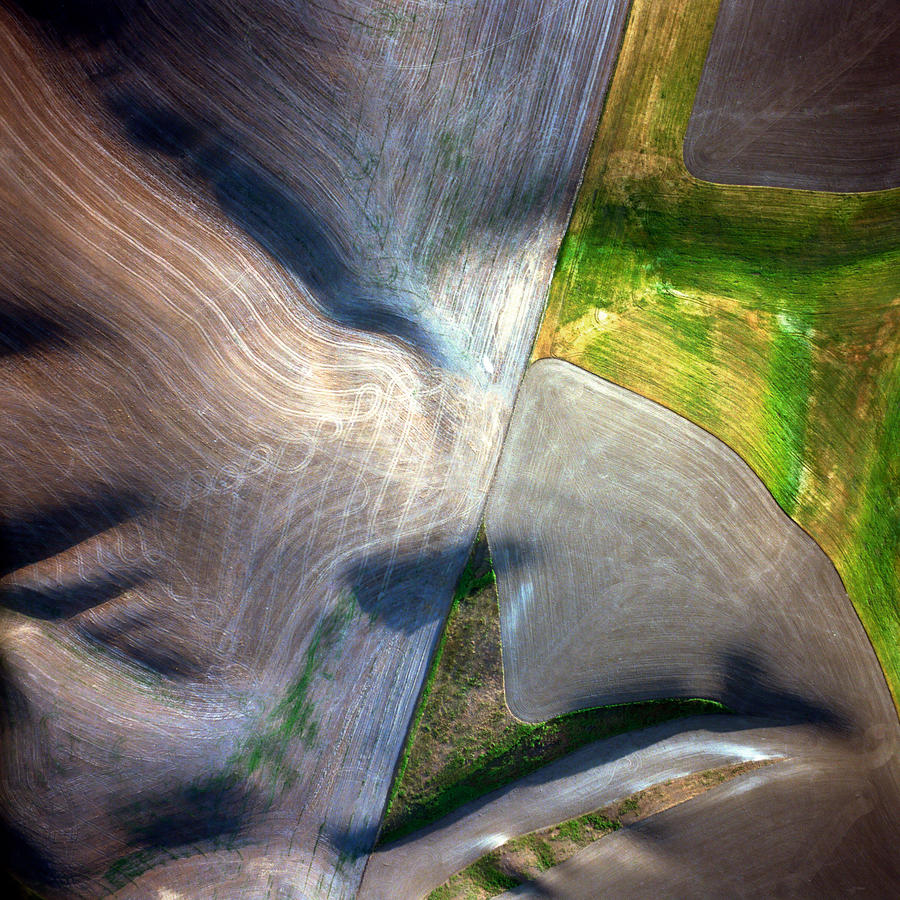 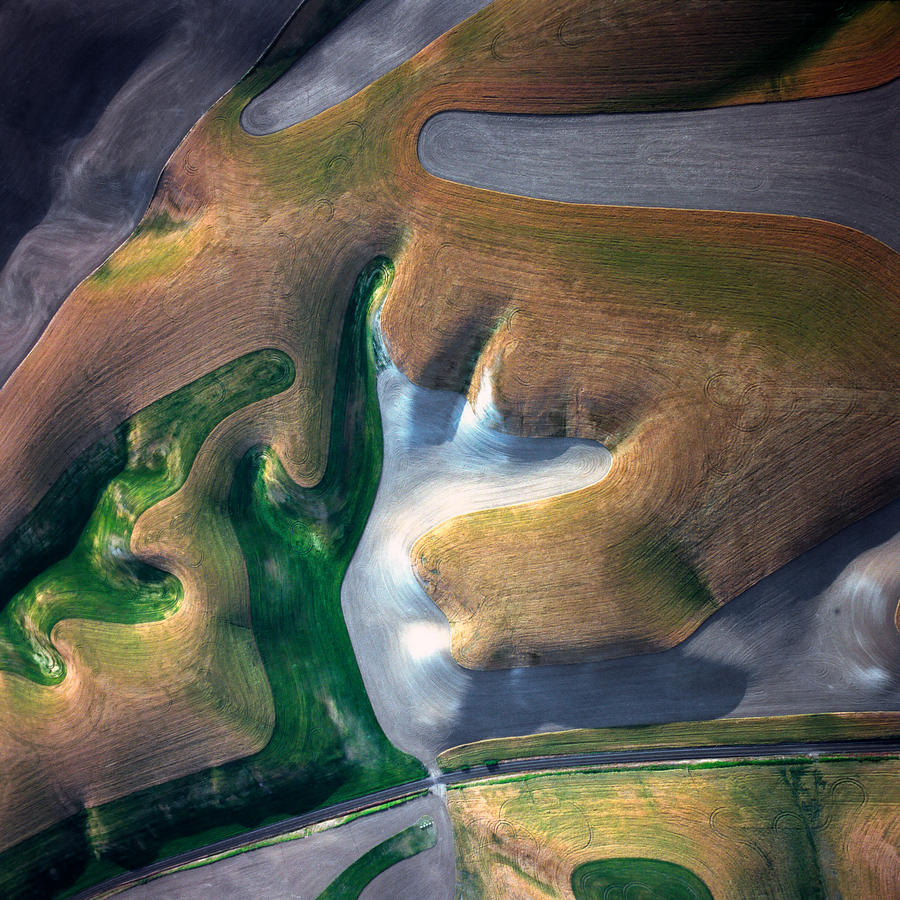 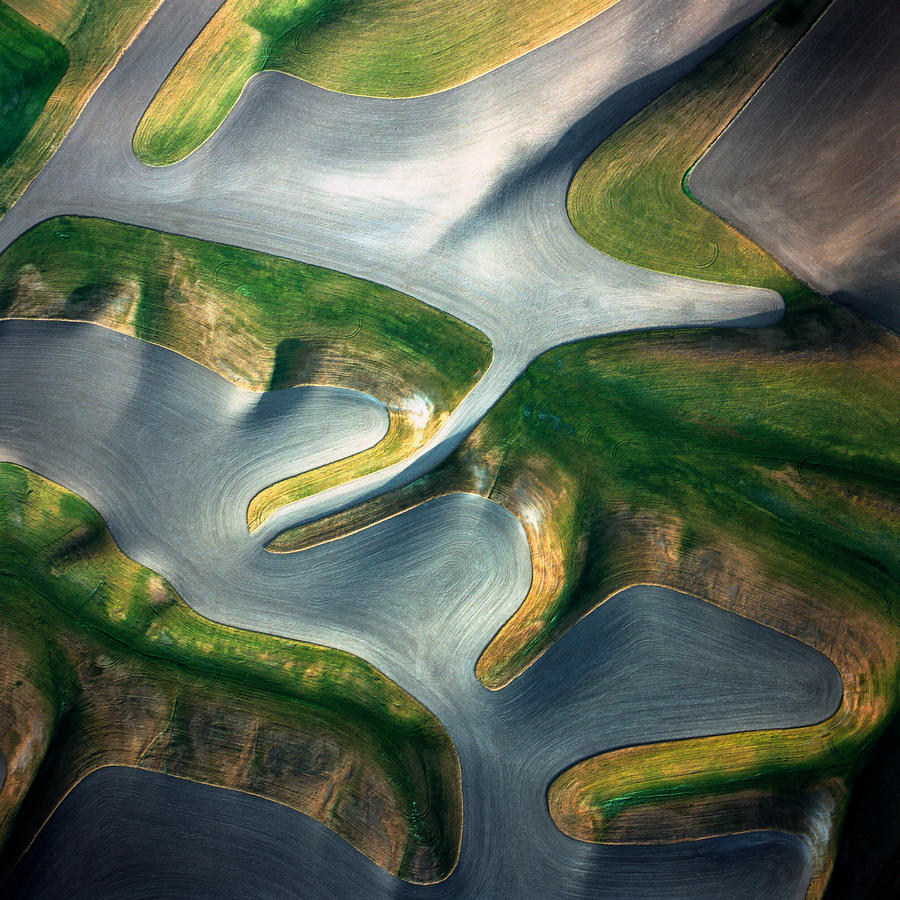 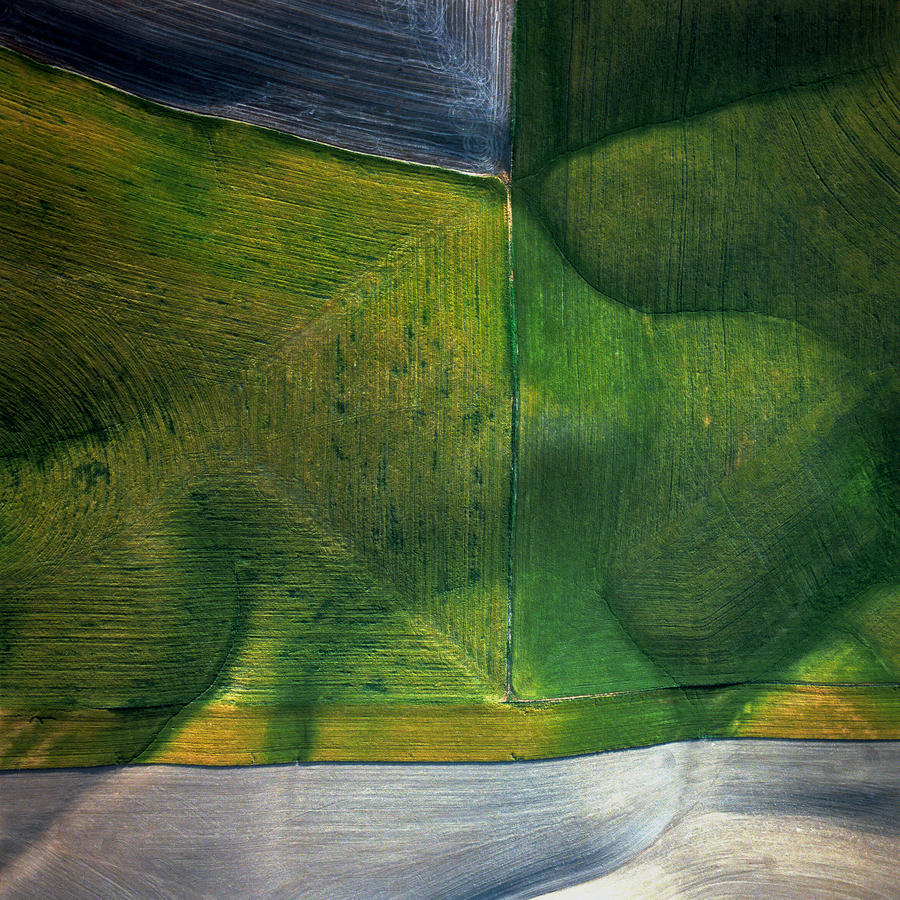 OMG! These pictures blew me away. I was so excited (and to be honest, terrified when up in the plane) by this way of working that in later years when I had made the switch to digital it seemed very natural to just make aerials wherever I thought there was the potential for good photographs. This was just as true in Utah in 2010: 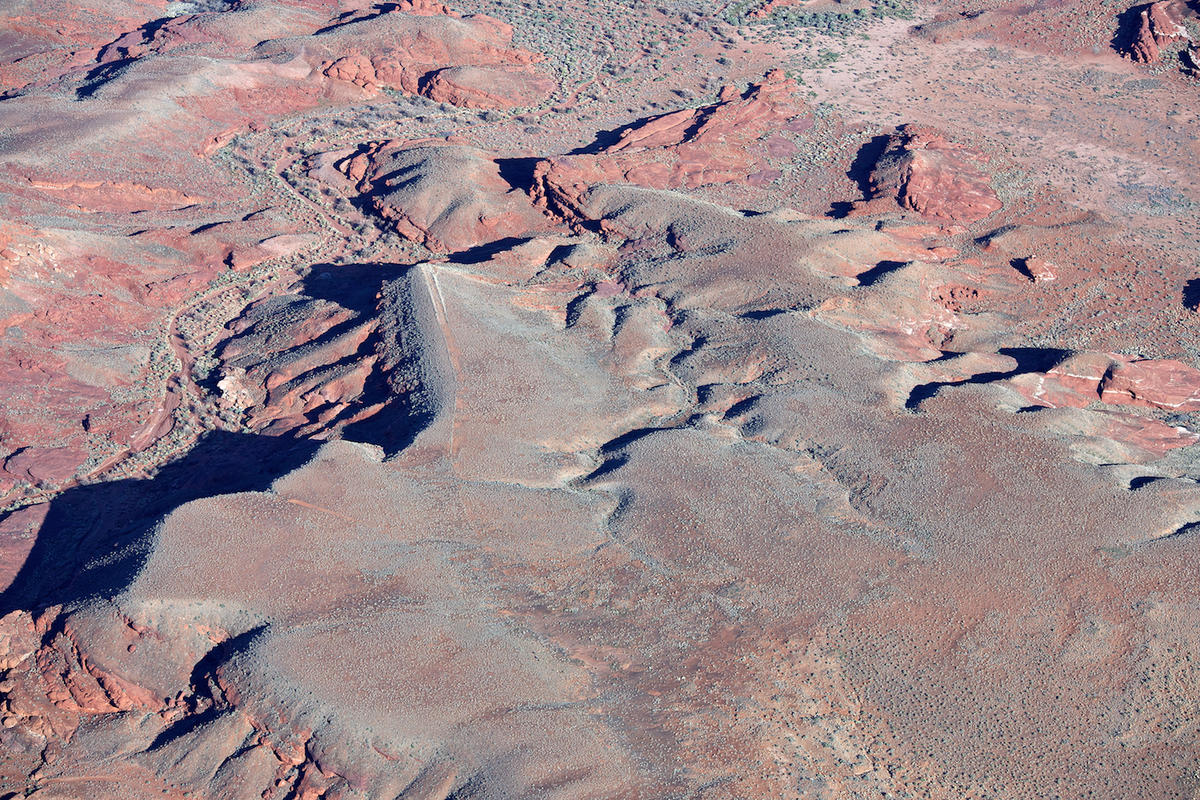 as it was in Massachussetts when I got it in my head that I wanted to photograph islands off the coast that were private and inaccessible (MA Islands) in 2009. 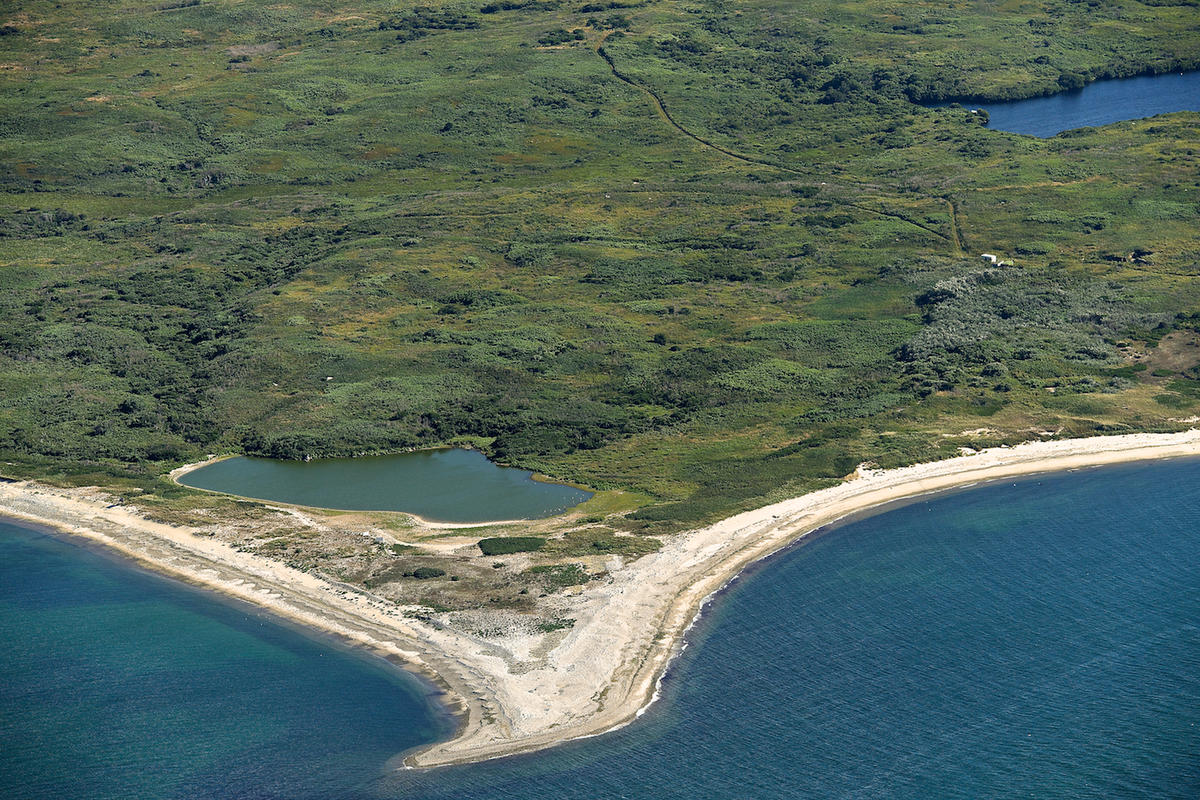 So, where does that leave us in the scheme of the Wheat pictures? Well, there is more story to tell and in the next installment in the Wheat series I'll write about my change from film to digital. We all know that this has been a revolution in how still photographs are made, but in my case moving to digital capture allowed me to make pictures I never could have before.

Wheat 3 coming up next. Stay with me.