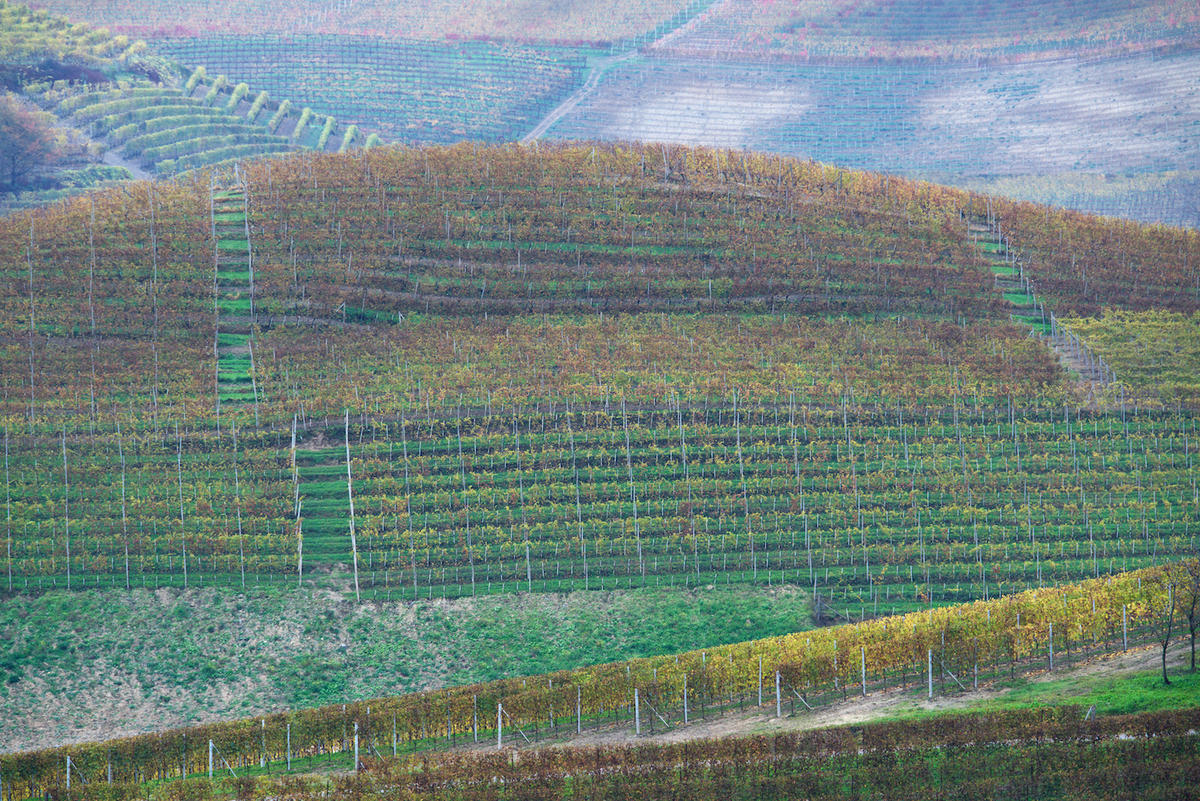 In November 2014 I flew to Paris, picked up a rental car and drove south to Alba, Italy to visit with my friends John and Donna, who lived there then. Donna was working during the days so John and I went off so he could show me around. We stopped a few times to photograph. One morning we stopped at some wine vineyards, as there was a break in the rain. This is the famous Barbaresco area of vineyards, maintained now for generations and known to produce some of the best wines of Italy. 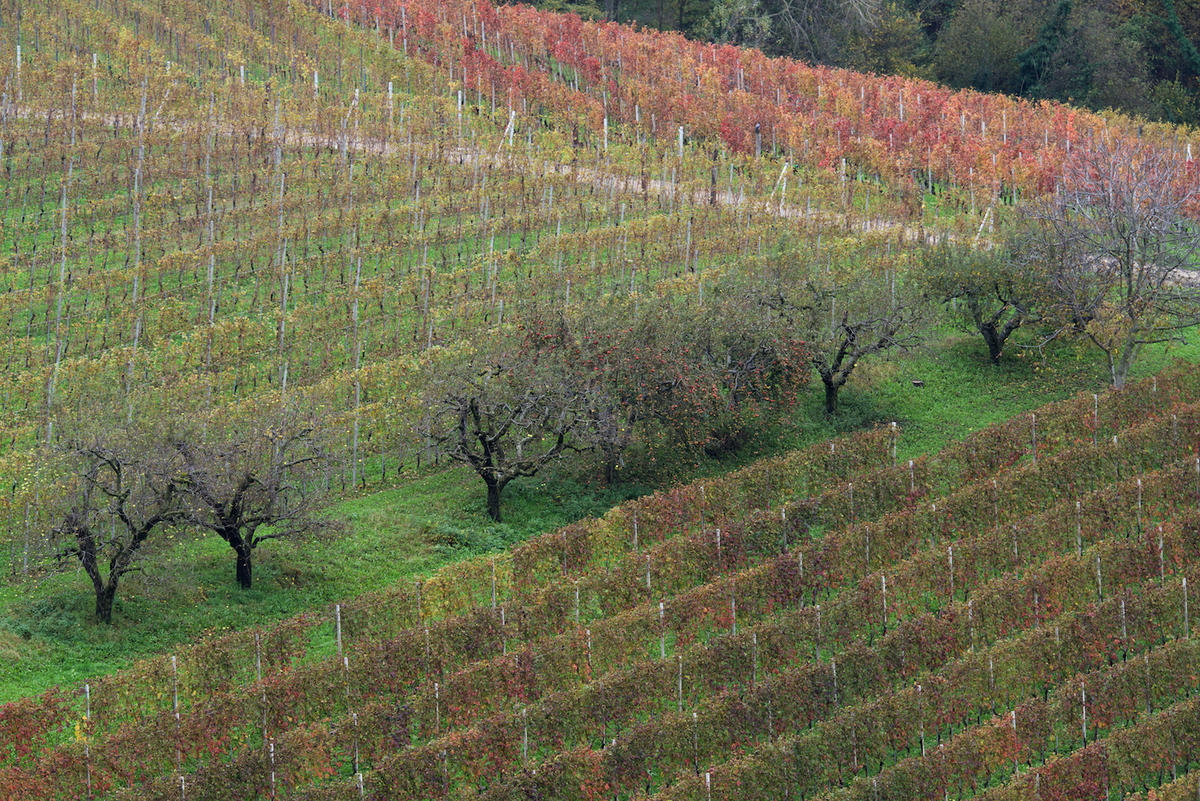 Over a couple of hours, with my camera on a tripod and with a long lens, I pointed at the rows of vines. The lens compresses space, bringing the farther away in closer and putting the closer subjects on a similar plane. It was gray and flat, with occasional breaks in the clouds letting sunlight in. It was dead calm and looked like it could start to rain again any moment. 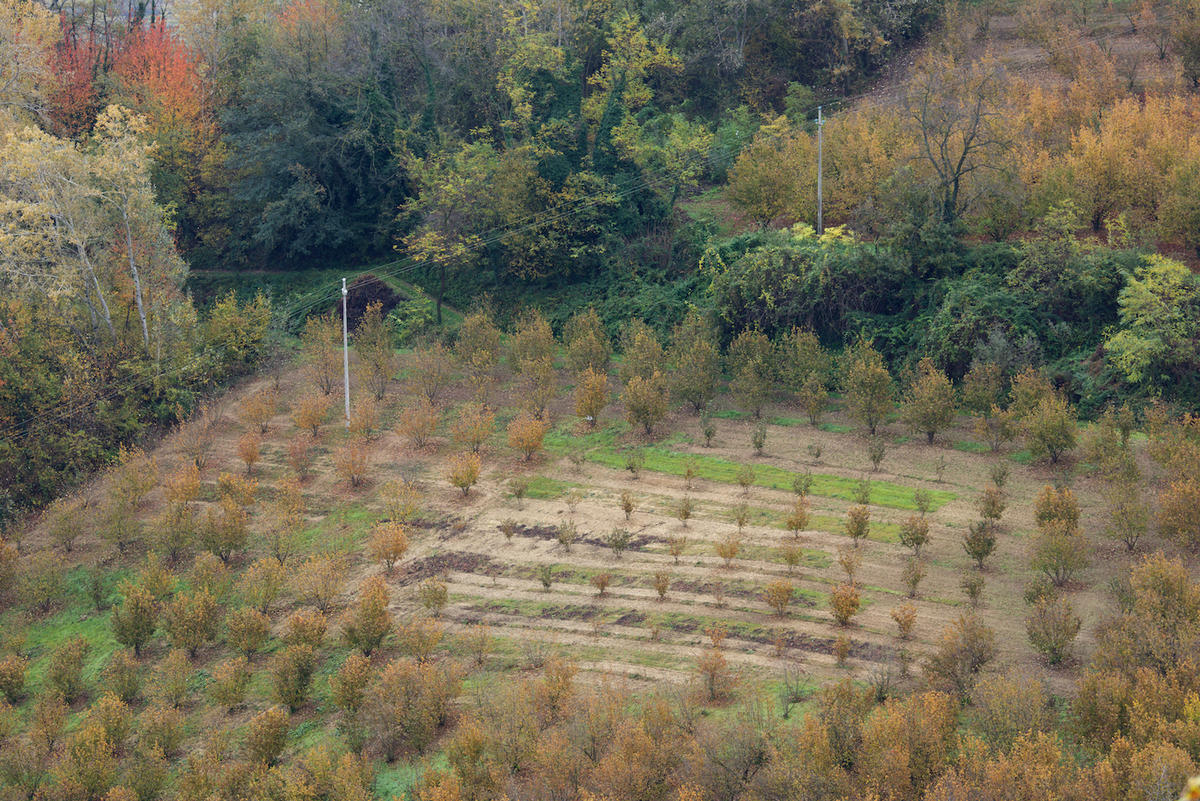 I have just finished a very urban set of pictures of a new apartment building in Cambridge called Zinc. In deciding to go through back files I think I was looking for a counter to the dystopian view of a contemporary world gone askew that was Zinc. The vineyard pictures I had made in 2014 in Italy proved to be just the thing: beauty and this ancient landscape of manicured vineyards in these rolling hills.

The head versus the heart. Pictures made with much thought, thinking through the angles, framing, photographing for impact and to drive the point home versus letting the process of photographing unfold, variety within a common theme, and letting the sheer beauty wash over me. No schedule, no time limits. Just working, looking and feeling the place, the smells, the air and being at someplace simply sublime. About as good as it gets. 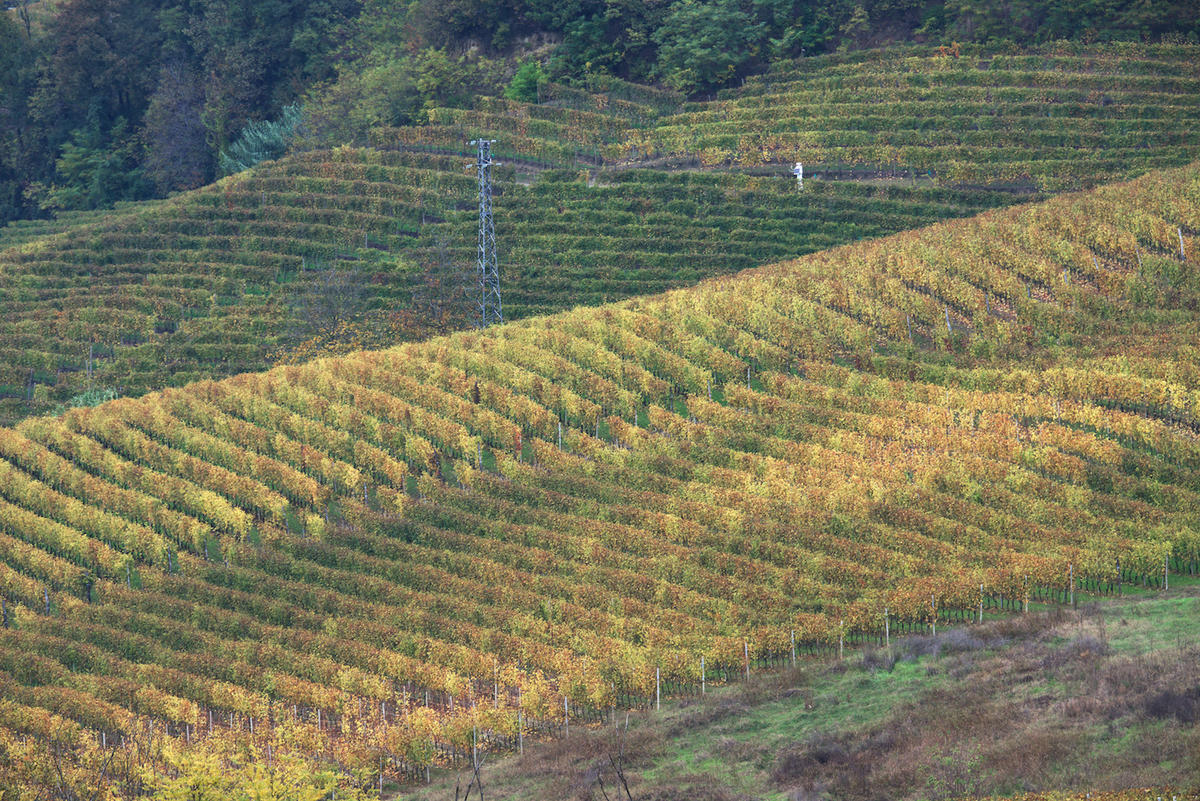 Almost two years between these two sets of pictures. Without one would there be the other? Probably not.The Zinc pictures just shot and printed this spring (2016) are all about the work made in this crystalline clarity, jarring and cutting like a knife. In comparison there is a flow here, a pattern, one affecting the other that is important to see, to react to. Just as we need to be at our creative best when in front of something we are photographing, just as we need to be tuned and in top form when we are making the prints, we also need to be 100% aware of one body of work affecting another. 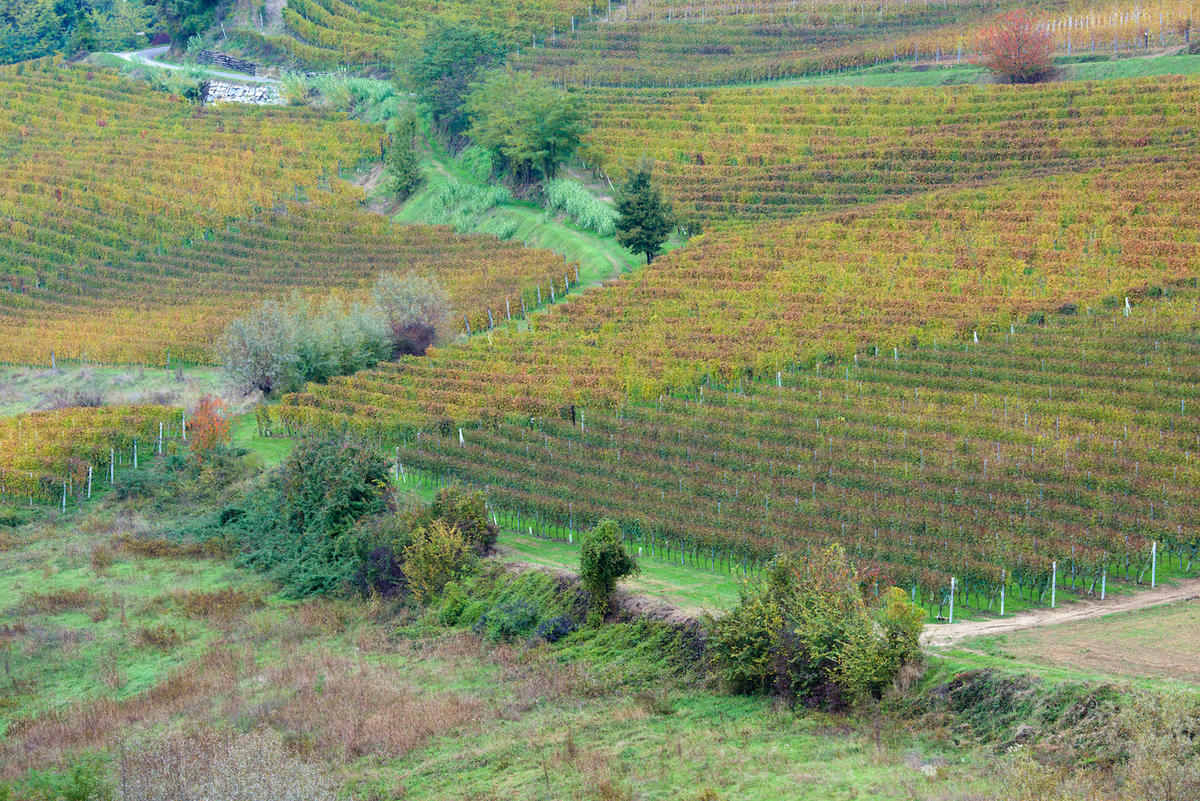 Can I say that I was thinking about the Vineyard pictures from Italy while I was making Zinc? No. Can I say that after finishing the work on Zinc, feeling depleted and a little low, I was searching for something uplifting, far away and imbued with color? Yes, I can.

This is probably a first for me. One body of work just finished precipitating the printing of an earlier body of work. Maybe I should pair them. Will think about that.

The full series is now on the gallery page of the site here.

Zinc is a new aparment building opened in early 2016 in Cambridge, MA.

The blog essay explains the motivation behind these pictures:

The prints are on 17 x 22 inch paper and are made in an edition of five. Please contact 555 Gallery in Boston to view these photographs.