Conversation between two readers of the blog. One. relatively clueless and the other, in italics, a little more aware.

He's going to subject me to these again?

Yes, he just did them.

Why would he do that?

Guy thinks he's got a hold of something, probably.

I wonder what he's thinking?

Maybe we should read what he's got on his mind.

I know, I just did these and then I just posted about them. Well, I've spent the past few days printing them and they have opened a few doors for me, so I thought I would share whatever perceptions I have about them.

First, an important point, hopefully one that is relevant for you too. This is something fairly new in the medium's  history, I believe. I don't think we know much about the pictures we make when we make them. I hope you can follow my logic here. It is partly due to the fact that we are making more pictures now without cost or hindrance (in this our digital world). It is also partly that the devices we use to capture our pictures can be capable of truly astounding quality; meaning detail, subtlety, dynamic range, color depth, ability to make large prints, etc. What does all that mean? That, for the most part in the consumer photo world, pictures are made all the time with no idea of what's really contained in them. In the world I inhabit, the high-end world of "photo as art" presumably the final image is in print form and it is of  high quality, with lots of detail, faithfully rendered in all its amazing subtlety. Do I know the picture when I take it? No, not completely. I think I come to terms with my pictures when they become prints.

Back to the subject here which is us taking another look at these: 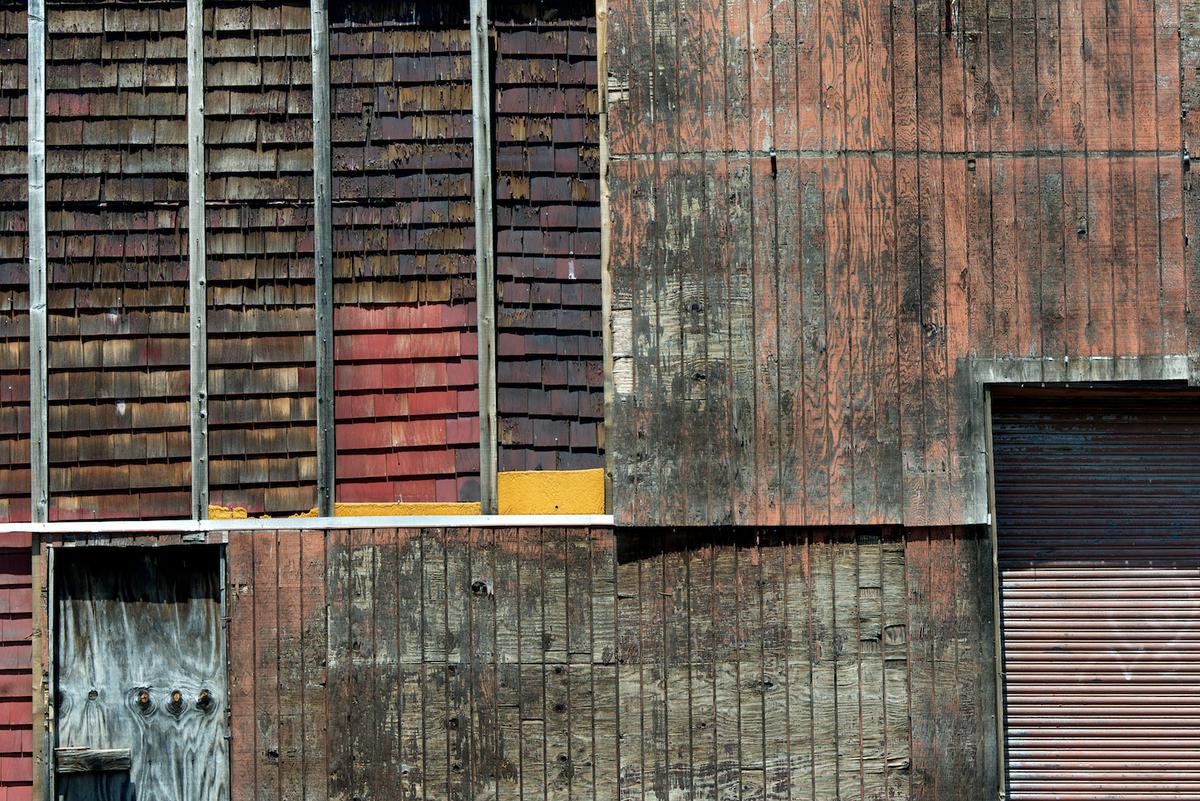 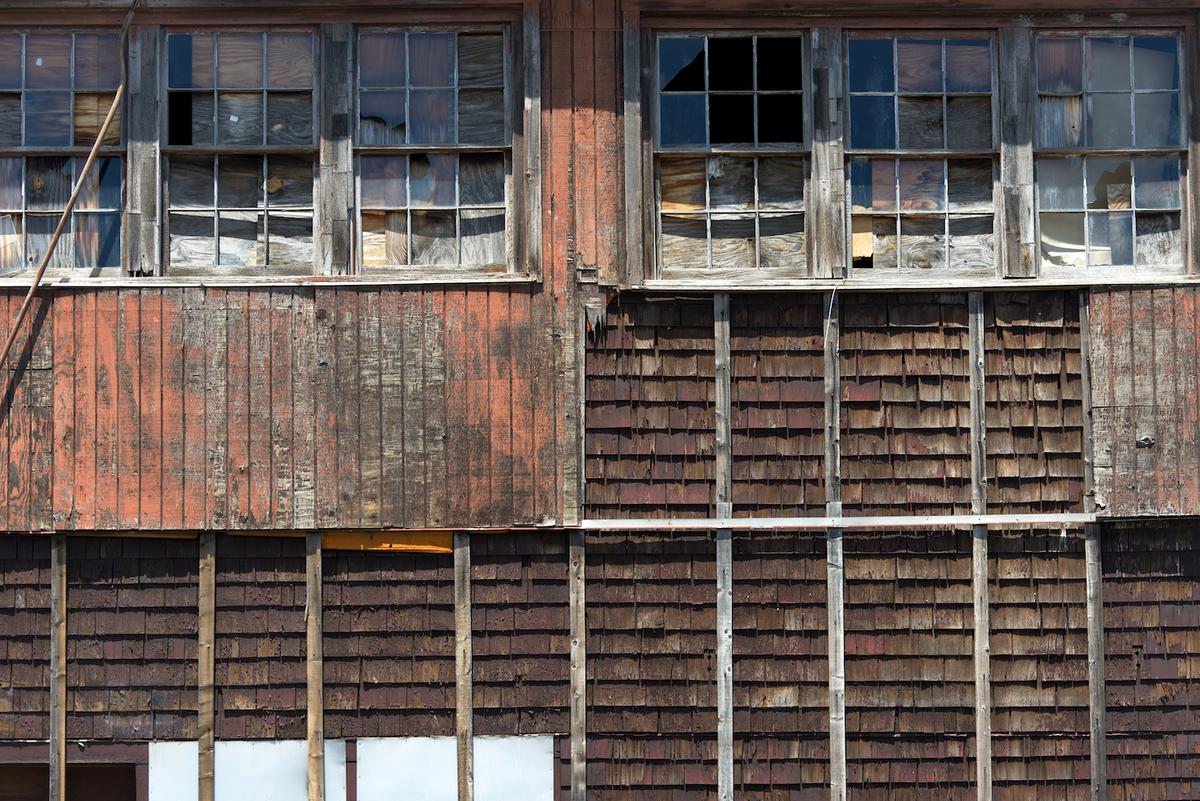 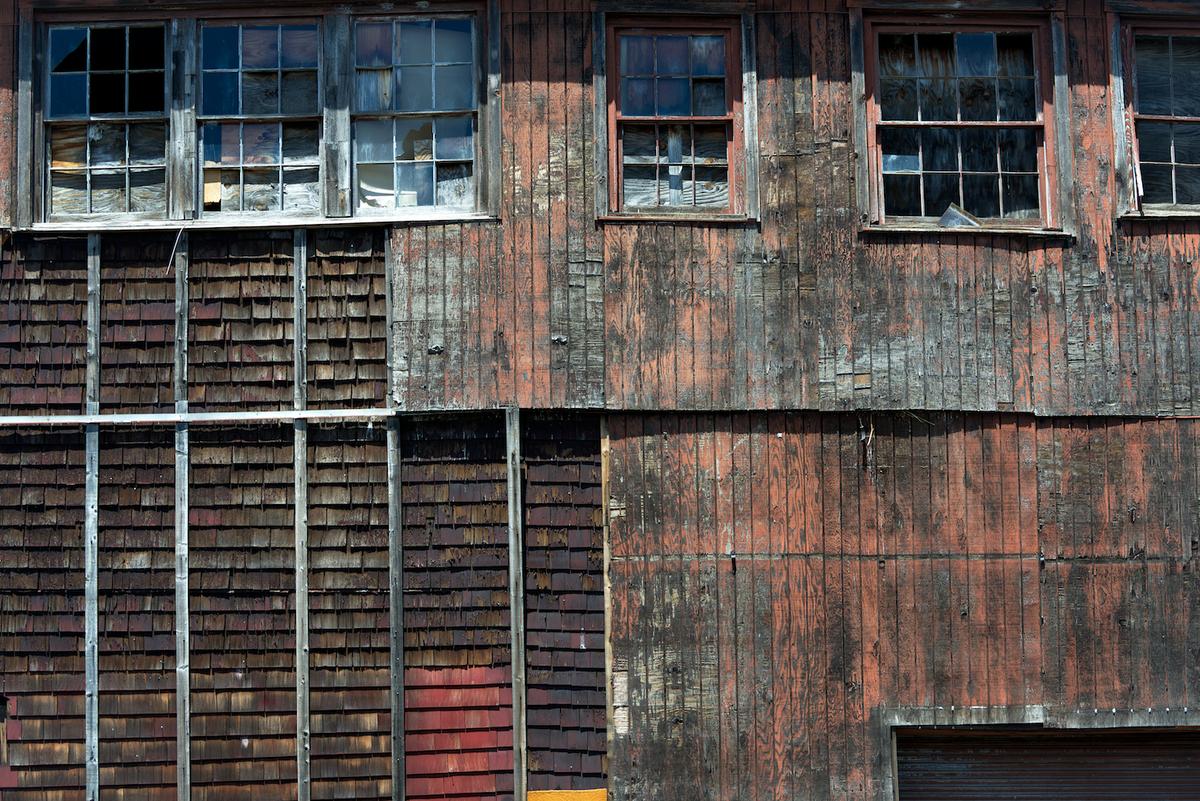 which were introduced previously here. These ones, showing a chopped up side of a building like some collage, or mosaic, are the core pictures of the series and are what I've been leading up to with the preceding "pipe" pictures.

The series starts with this photograph used on the title page: 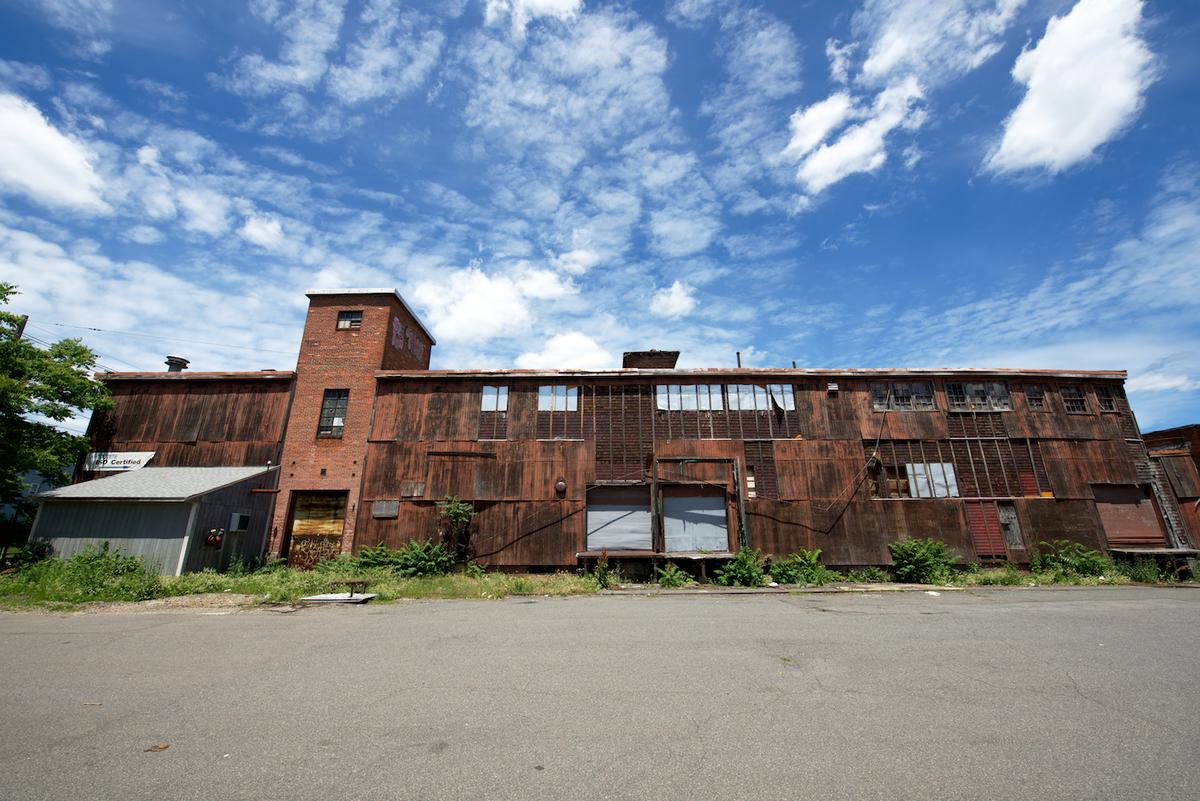 A hopeless, leaning-over-too-wide-a-lens-photograph. But it isn't really part of the series. What it is, is a map of the overall wall we are about to see broken down into pieces like a puzzle. I know what you're thinking: jigsaw puzzle box cover. Right? Yes, that's exactly what it is. This image of the whole wall, hopelessly distorted though it may be, is the guide to the pictures about to ensue. So, somehow, all the following 15 or so pictures in the series come from this one wall. With some being shot closer, some overlapping others, one even going vertical and rendered as a 35 x 24 inch print, composited from multiple frames: 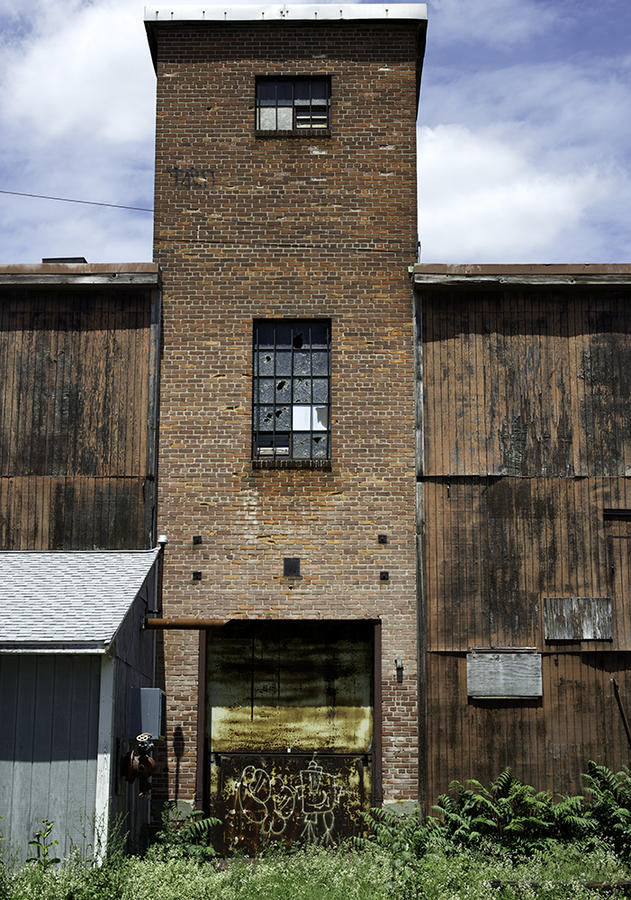 So what's my intent? To dissemble and restructure our understanding of something by looking at its composite parts. Isn't this really what photography does? Make analogies and metaphors to larger things and issues? It takes a small slice of something and allows larger and more universal stuff to flow out. 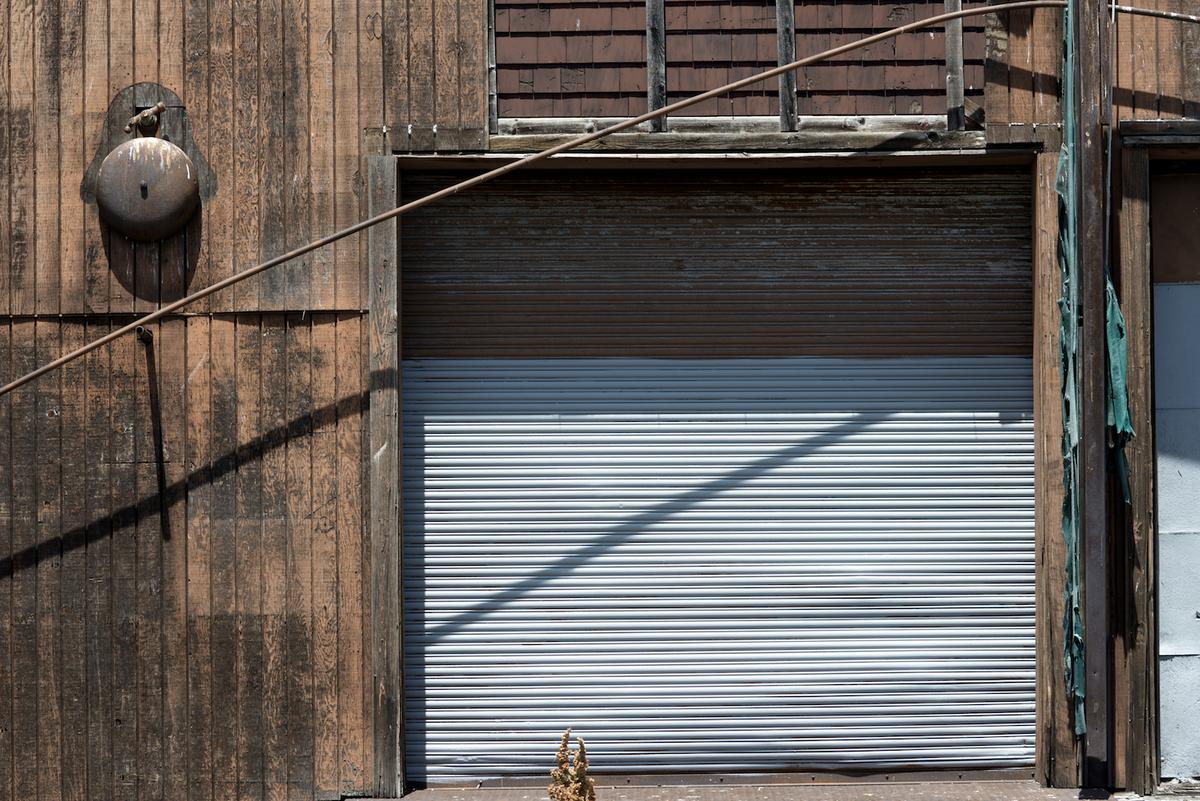 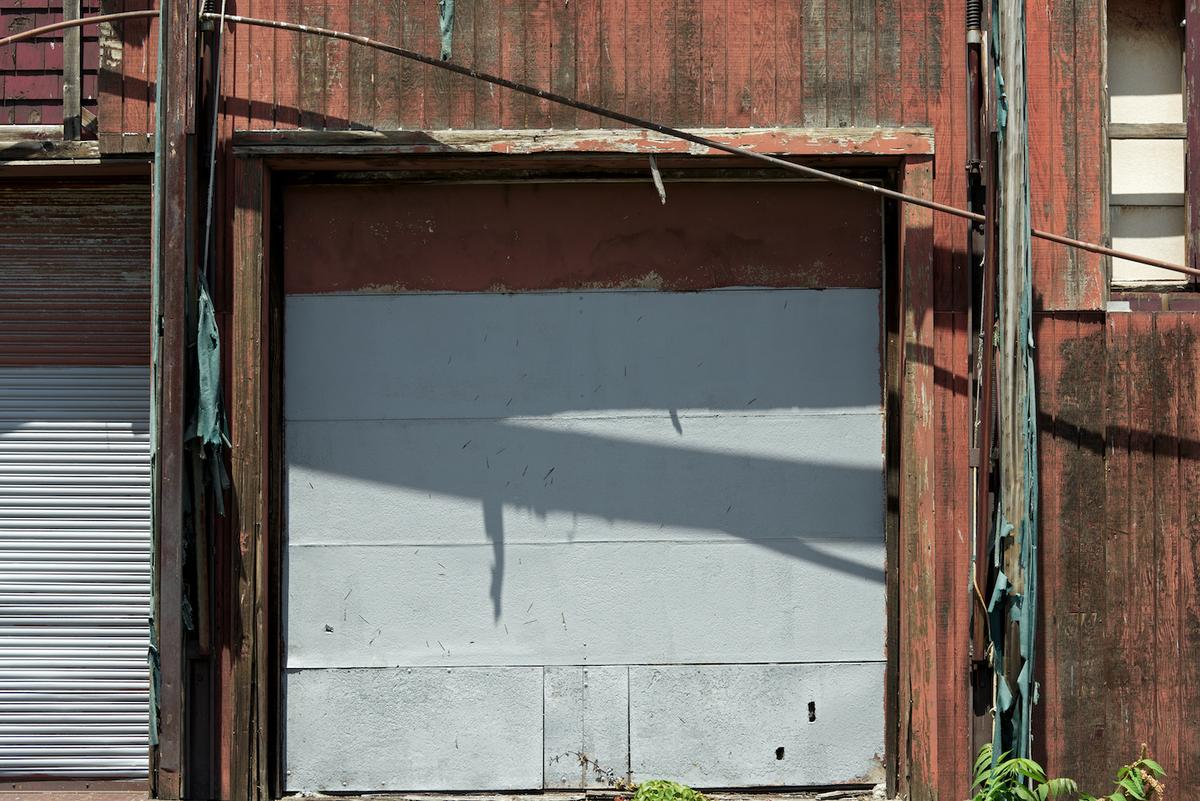 So, if I can build a framework around the series it is this: the earlier ones (as in the two above) are contained by this stupid pipe that runs through them. This is my way of telling you that they are connected, that no image here rests on its own, that they relate to each other, not literally as I've framed them in a discontinuous way, but that one precedes the other, or that one follows another and so on. This then gives you a process by which you can begin to form an understanding of a pattern that would make up a whole in the next ones, which don't give you this guide of a pipe going through them. Make sense? I hope so.

Back to my original point. What did I know when I took the pictures? Well, honestly, not everything. I "learned" the pictures while I was printing them. This is another reason I believe in the follow through that is printing our pictures. Don't print and you don't know. Simple enough.

This finishes my breakdown of the dissembled series called "The Wall".

Does it make sense?

Well, certainly more than it did before. It did make me realize that there can be a lot more to pictures than just what they look like at first glance.

I think probably part of his point is that we all should be looking at things maybe a little harder, particularly when they are rendered beautifully and presented on a gallery wall.

Man, I can't wait to see the prints of these now that I've read all this stuff about them.

Well, he shows at 555 Gallery in Boston. I bet he's got the prints there.

I think I read somewhere that he's going away again and he is leaving these and some other portfolios behind at the gallery so that people can come in to see the work.

Guy gets to travel, doesn't he?

Yeah, and they all seem to be these photo trips he takes. Wish I could do that.

No, never heard of them. Rock band or something?

No, not so much. Forget I asked.