In the last post (Something New Two) I was about to head to Medfield to photograph at the Medfield State Hospital, a long ago abandoned state mental hospital near the town of Medfield, MA. Although in the past I have trespassed to get at places like this, this time it was totally legal as the town allows the public access to these buildings, in fact the whole hospital campus.

I went. I shot. I conquered (well, not quite...read on). It was sunny and the place was wide open with a few strollers, people walking dogs, kids smoking dope, etc. Even a cop, but I am getting ahead of myself. 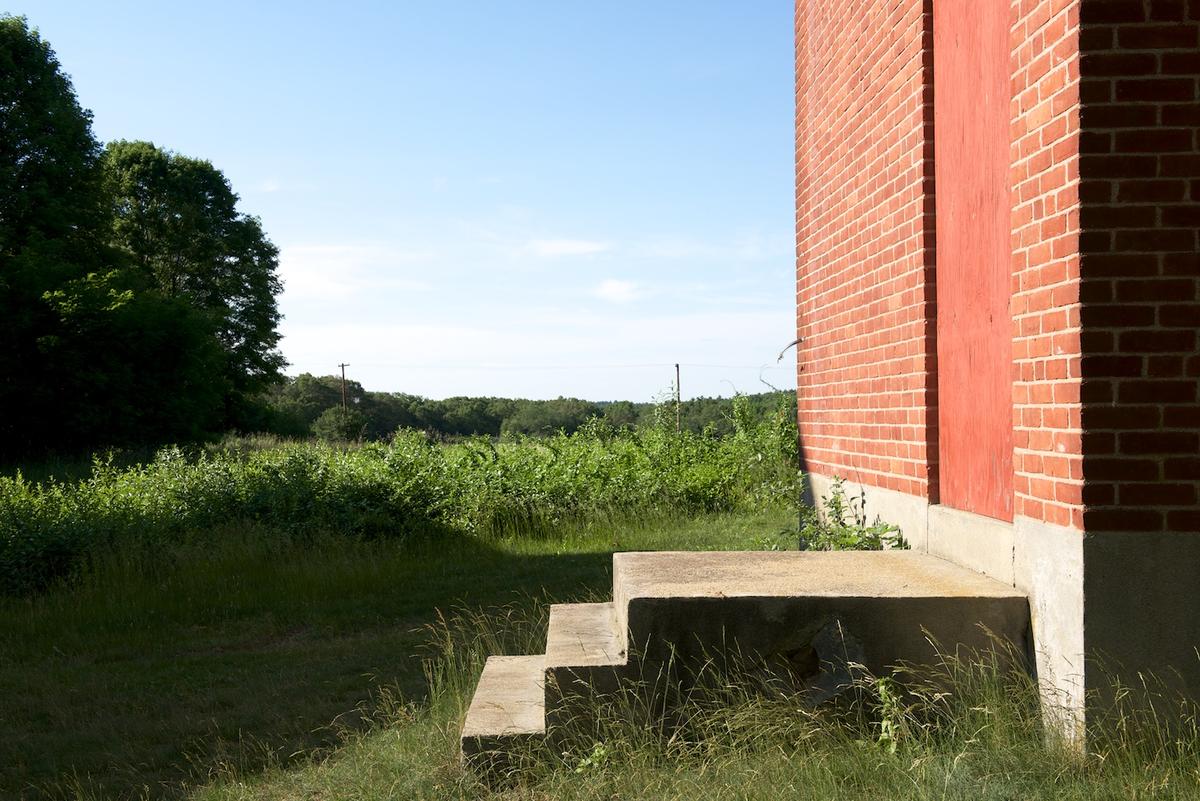 By the time I got there shadows were getting long and, of course, it was very beautiful. 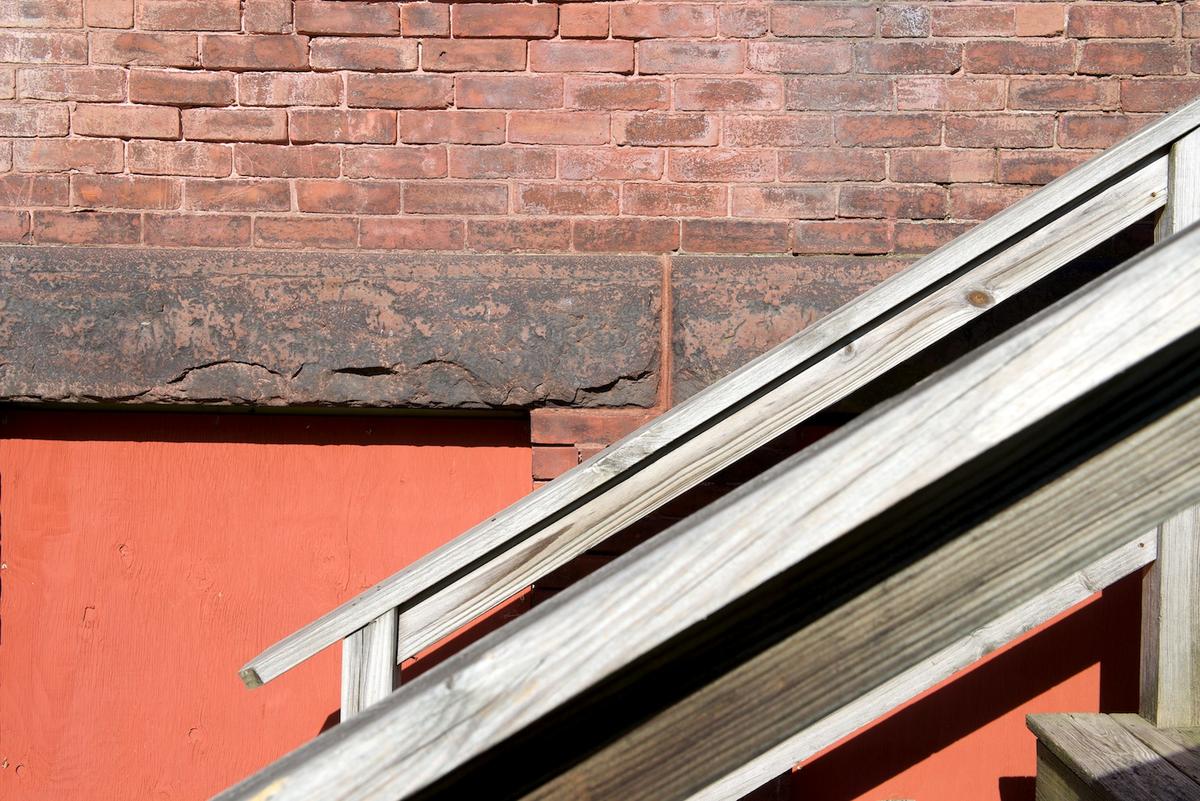 As I wrote in Something New Two I had a sort of "check list" of things to look at or pursue. So, I did. I shot steps. 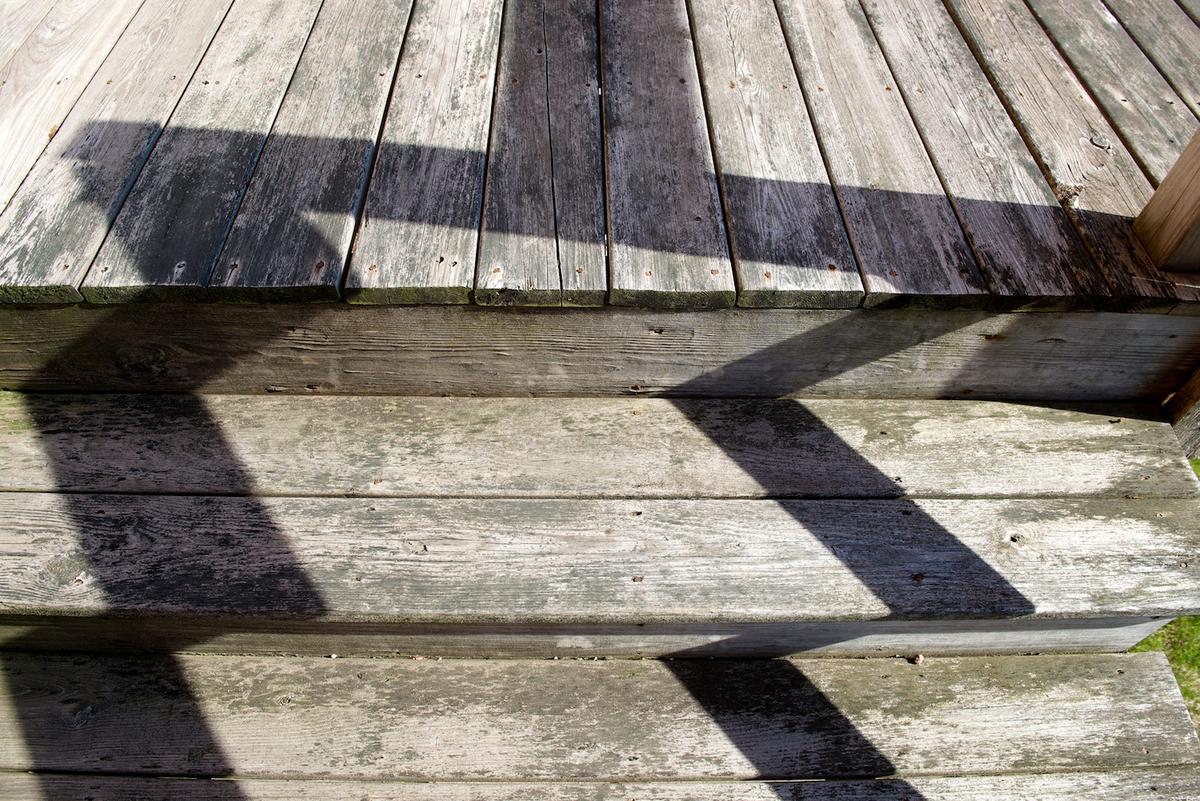 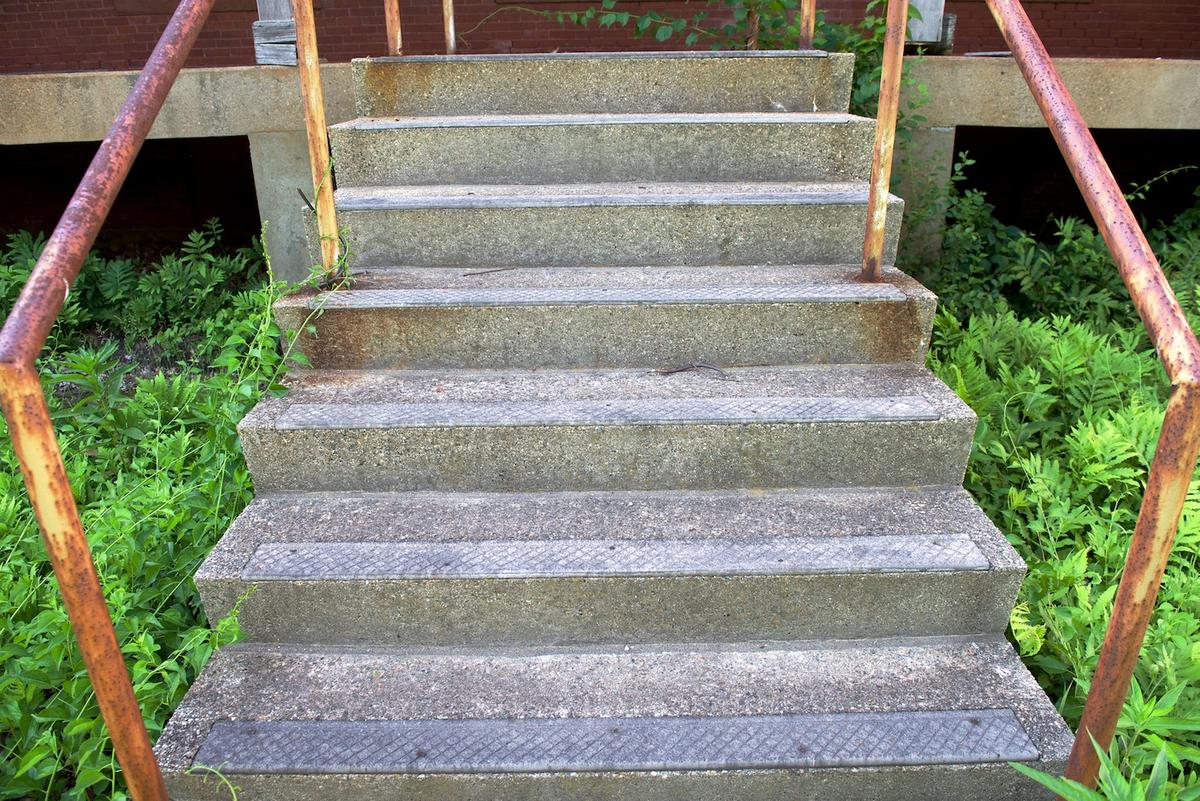 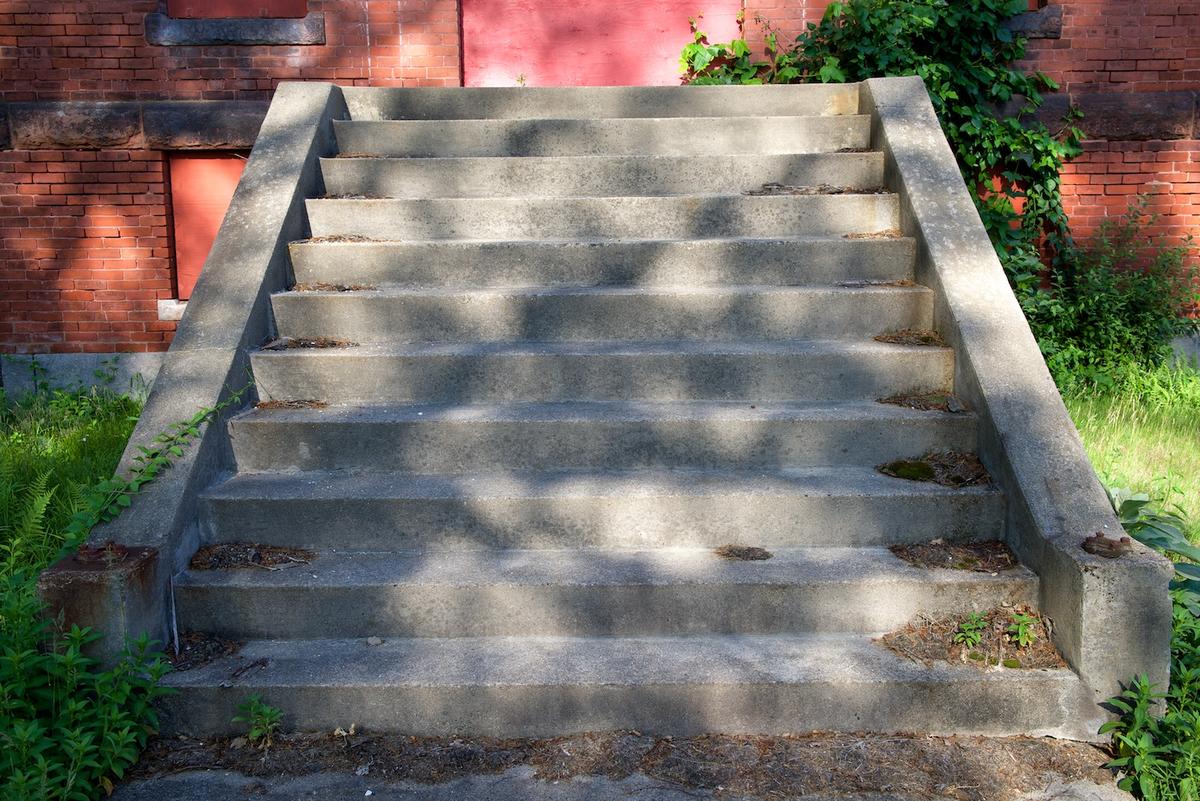 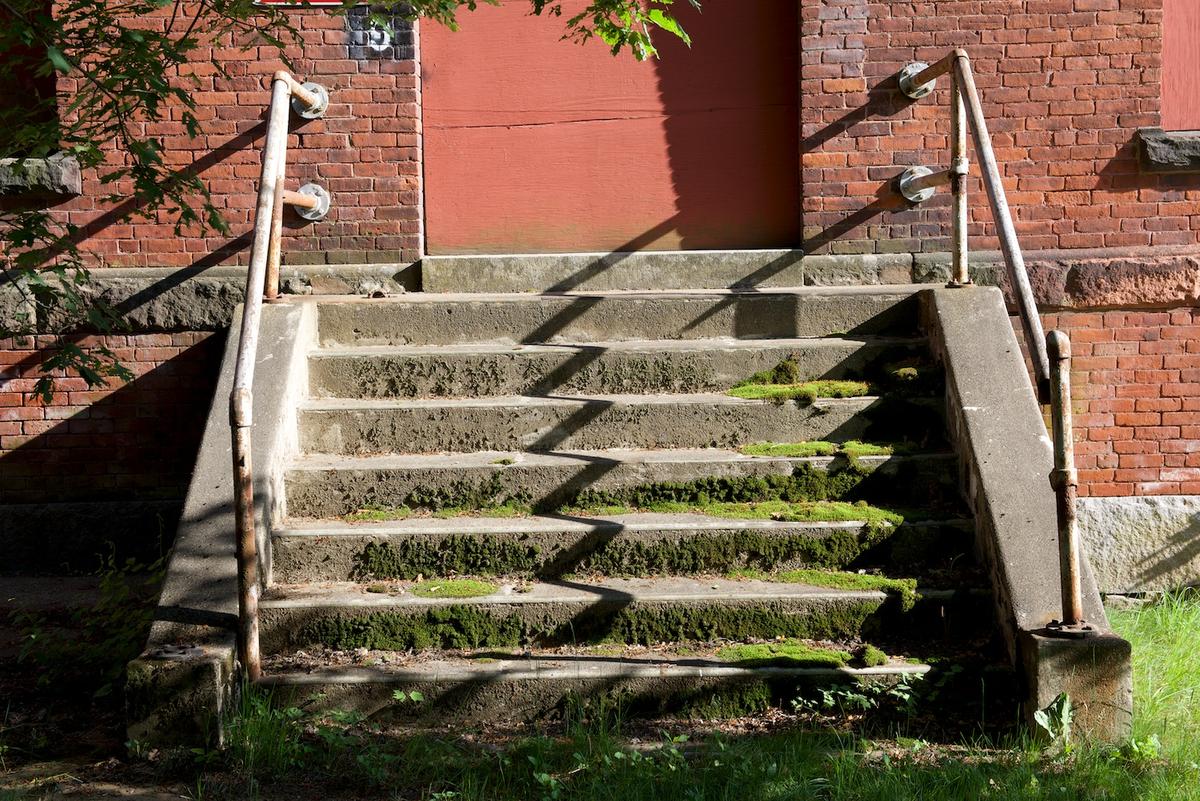 Some with shadow lines, zigzagging through the pictures and some without. I also tried photographing them at an oblique angle 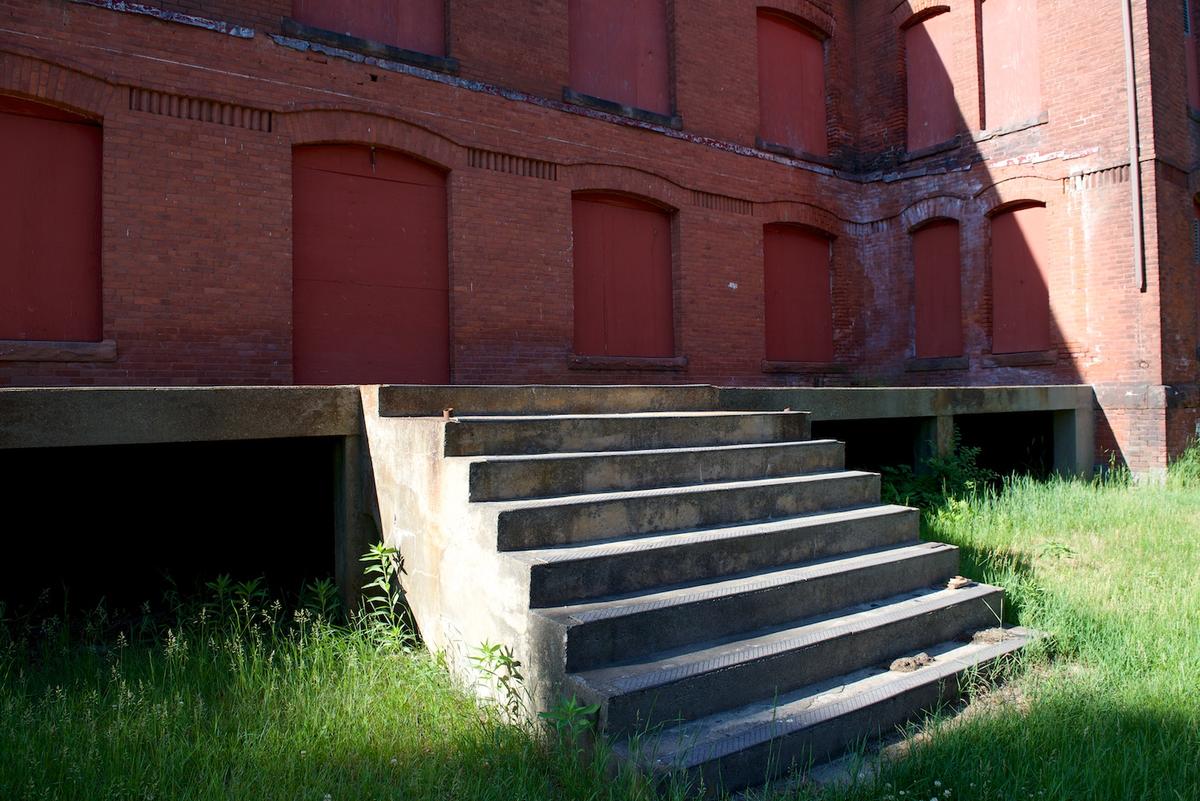 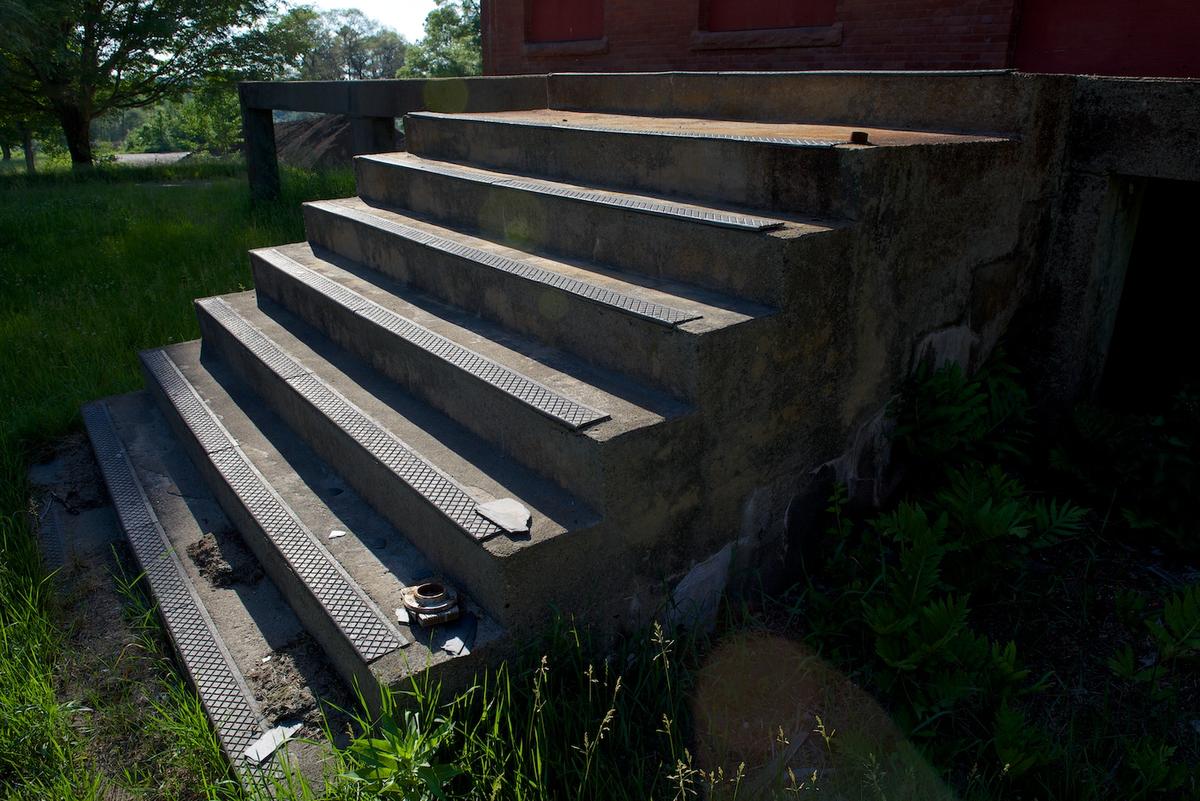 and working with the increasingly dramatic lighting as the day ran down. 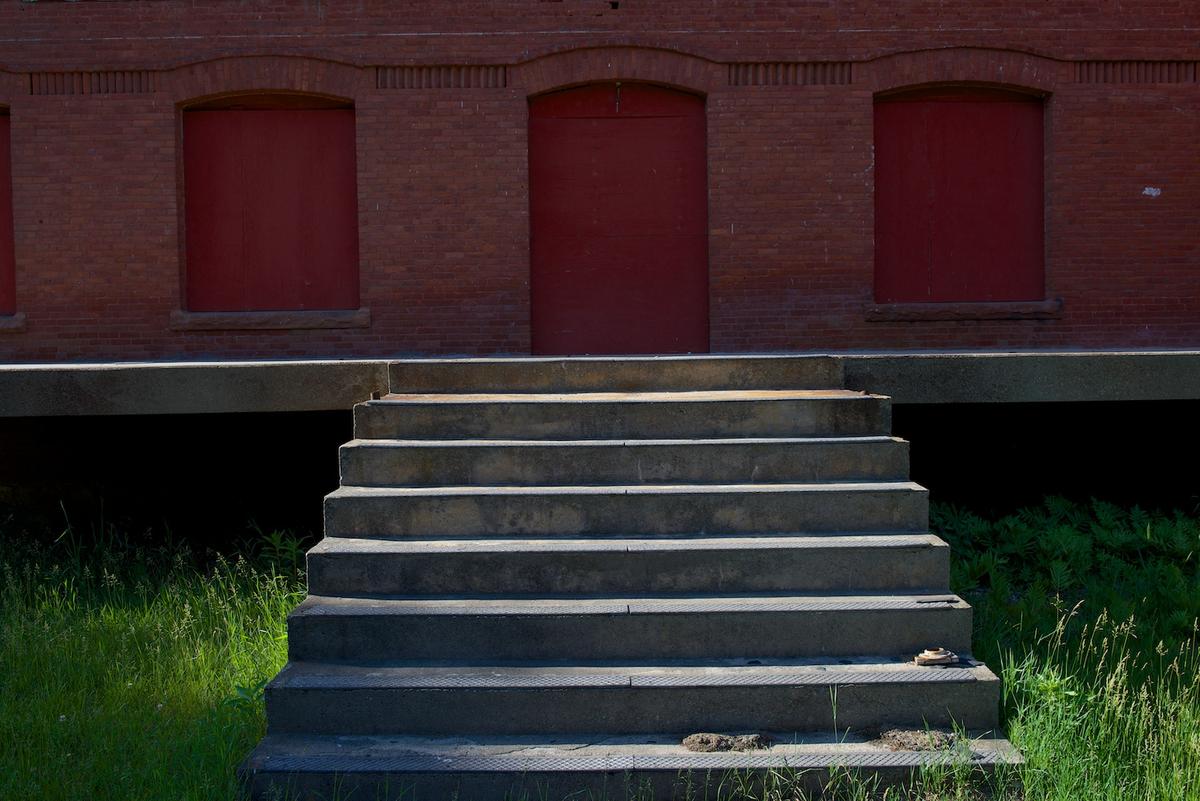 Whew! After an hour or so of this, I'd had it with steps so moved on. 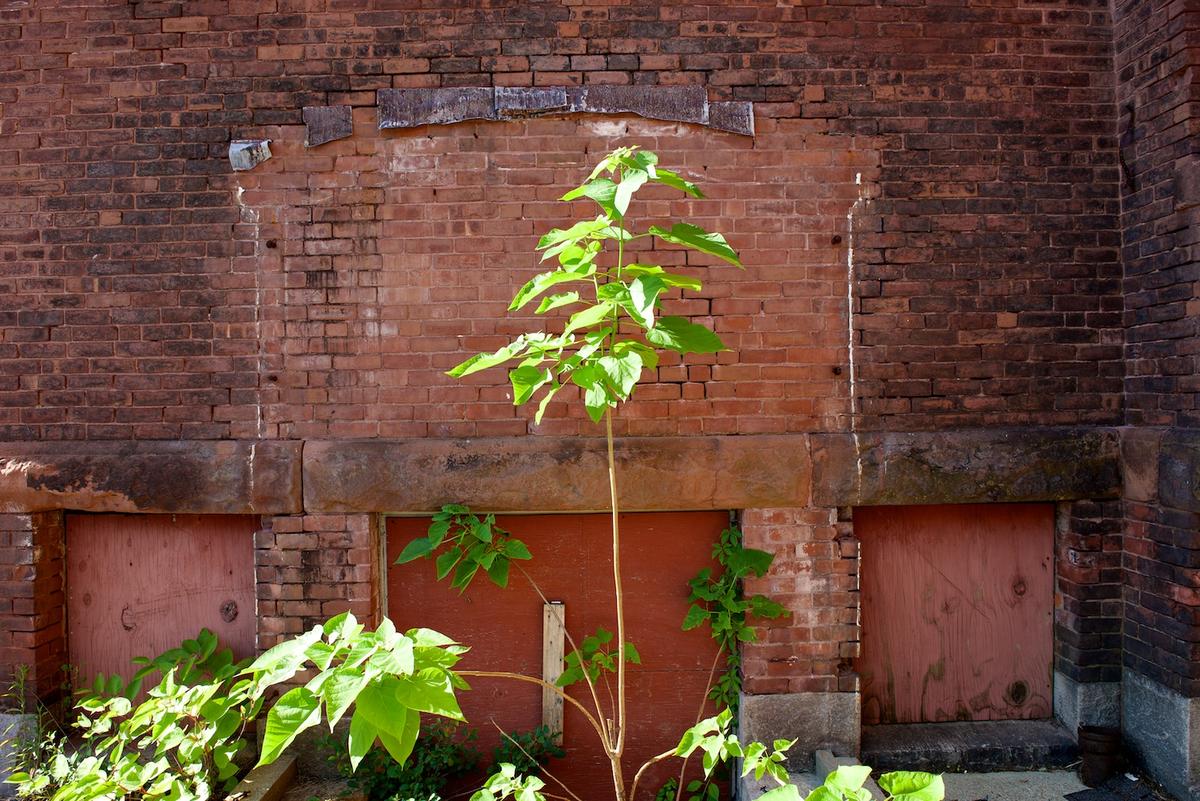 and started to work with color. 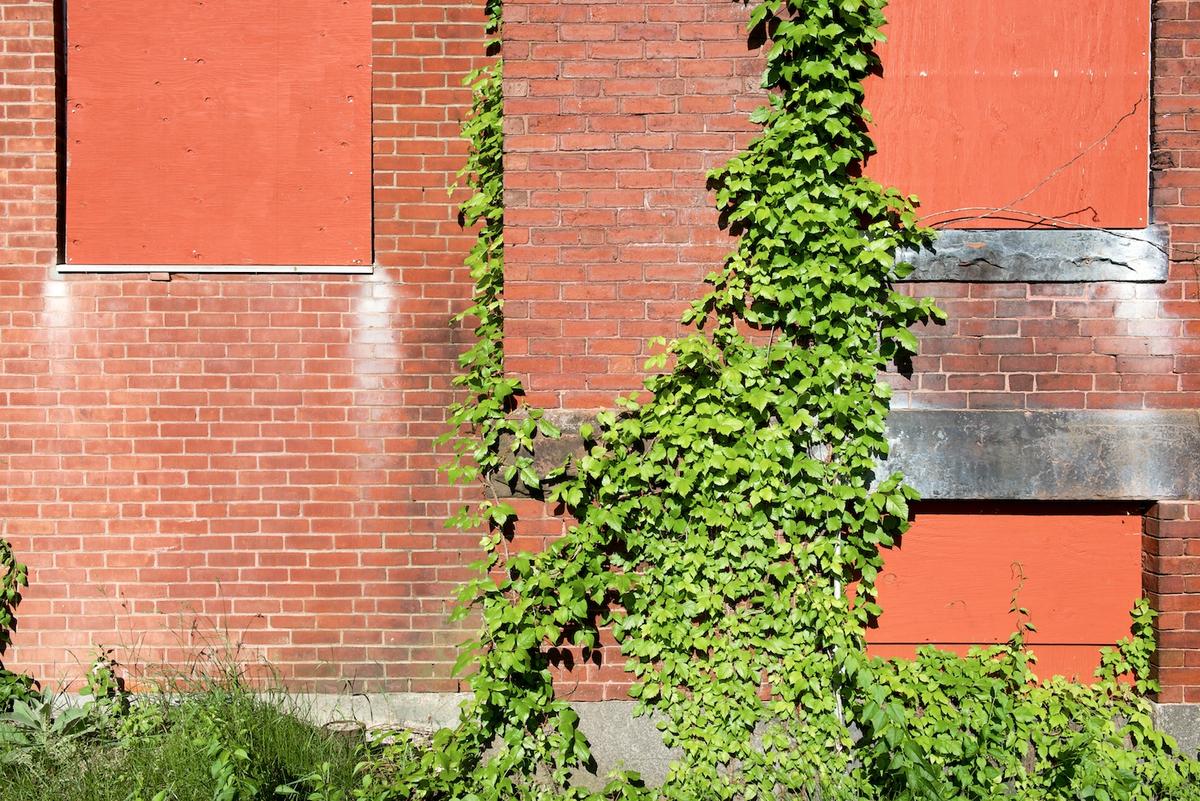 greens and reds....classic. But also there were other colors there: 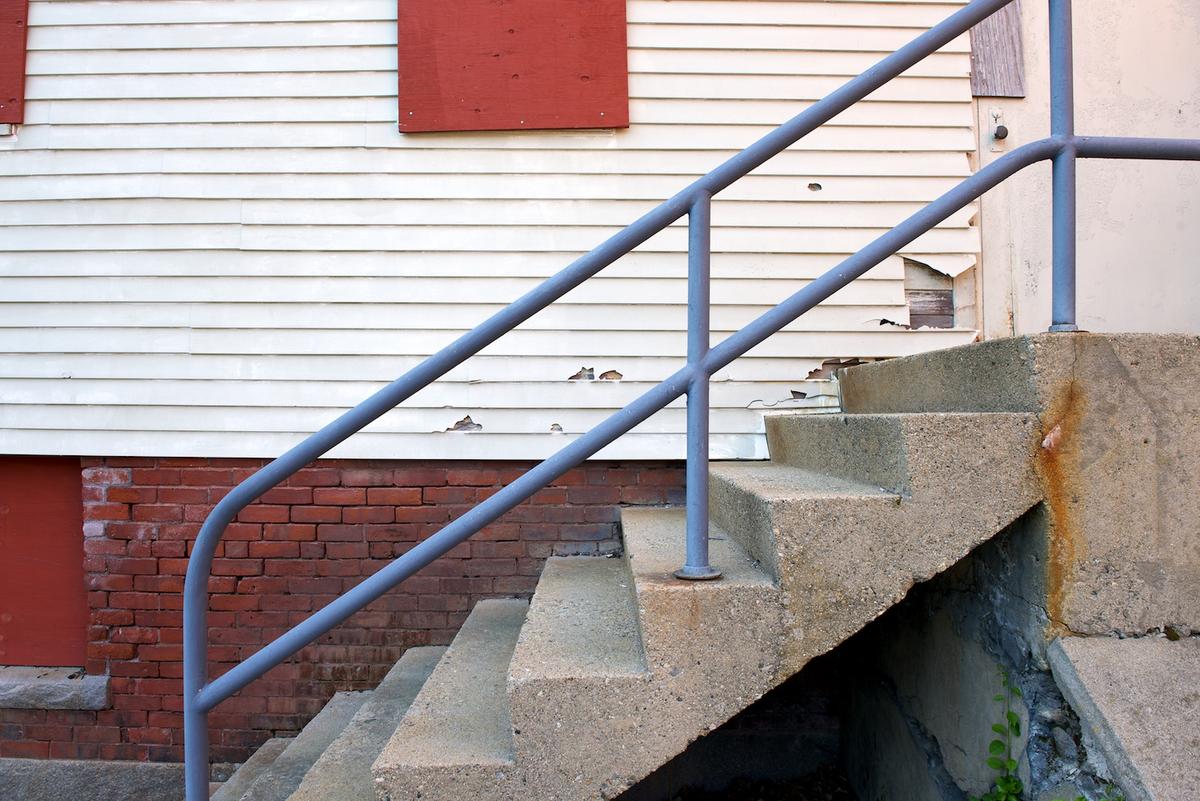 this pale blue in the railing that I liked 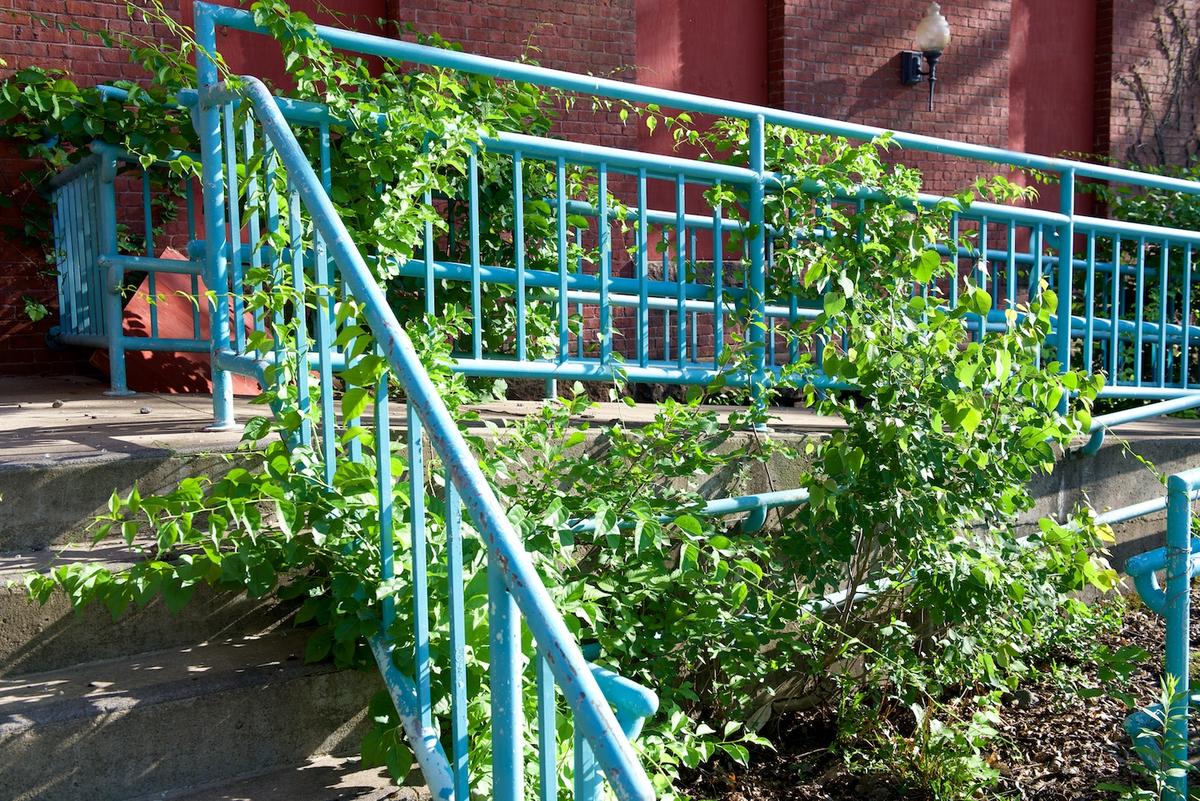 and then, finally, with a longer lens to compress scale and isolate. 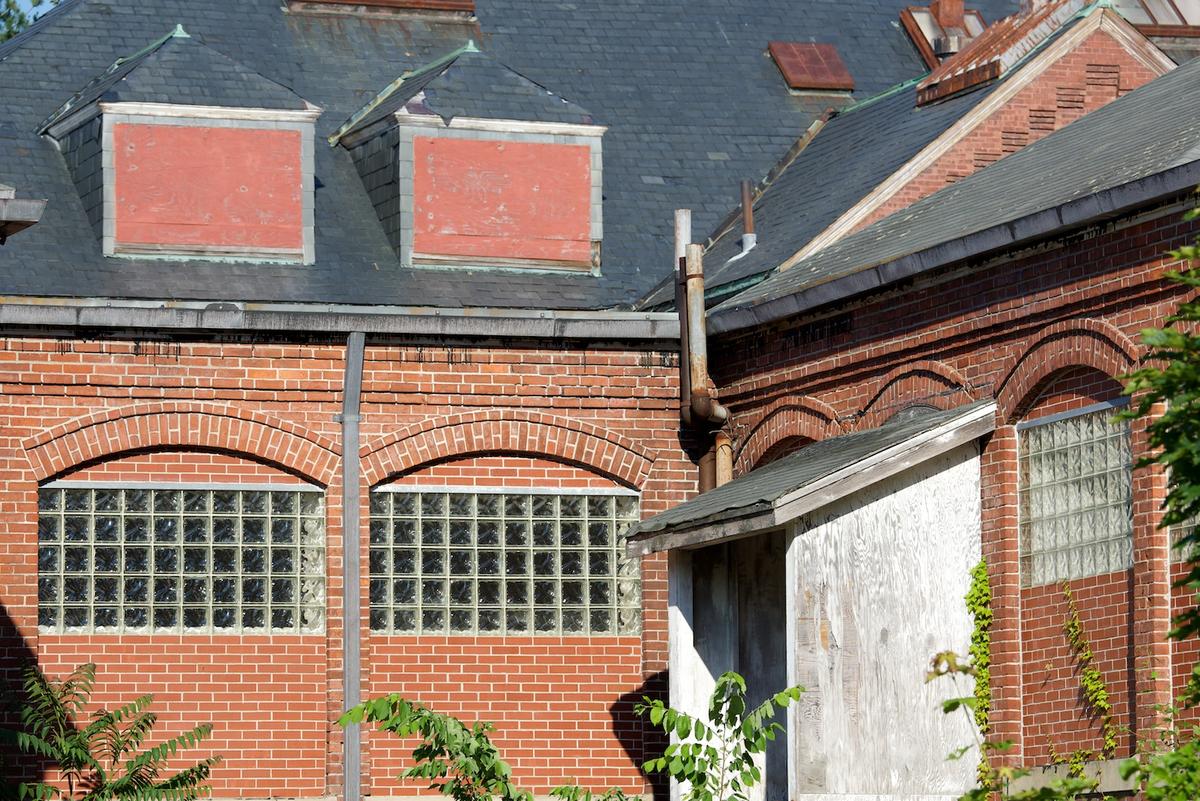 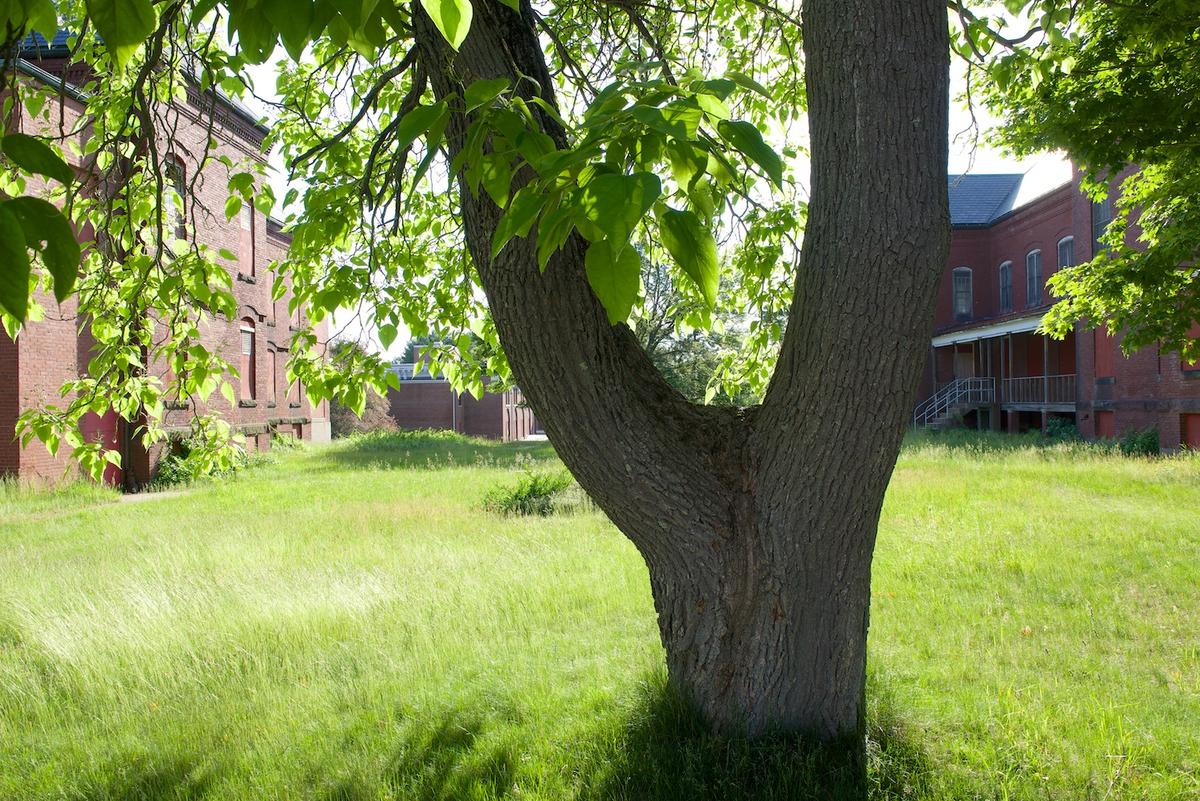 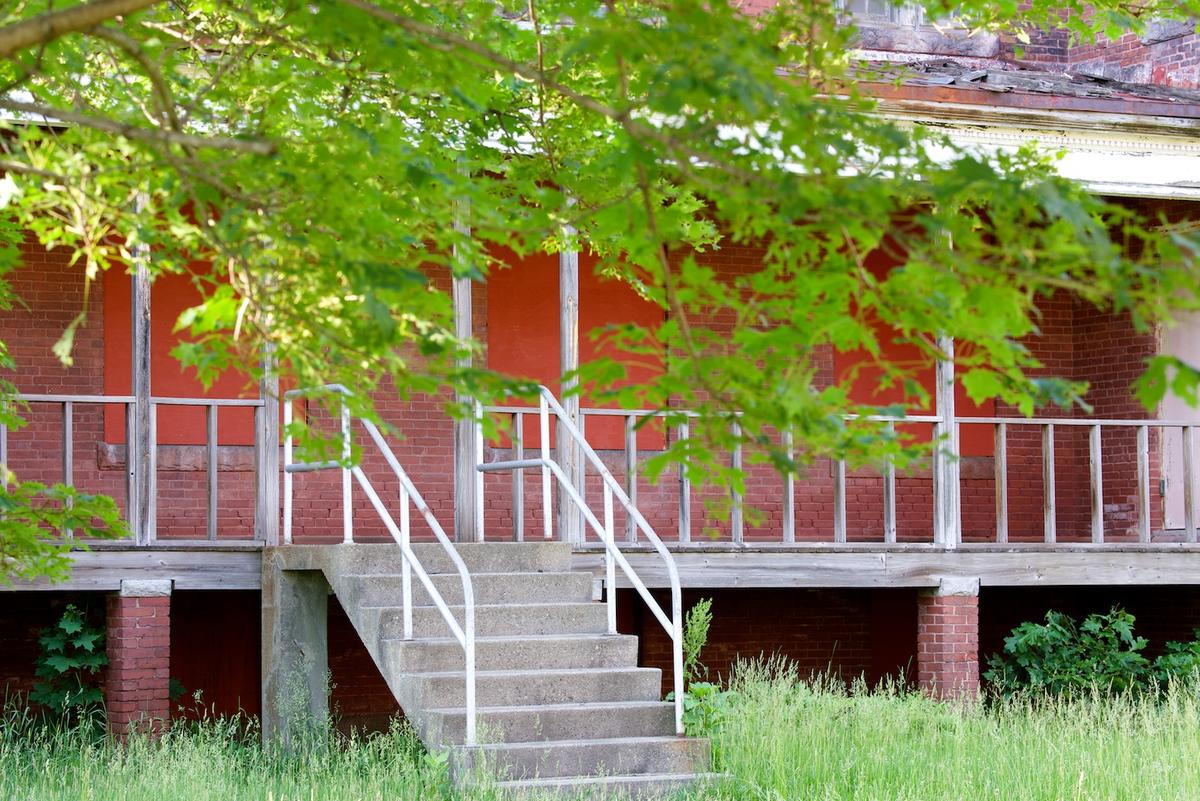 Many pictures, I know. This feels a little like I am eliminating possibilities. Trying approaches so as to learn what doesn't work, or what not to do. I know, some of these are good but I am not a documentarian, and there lies the rub. To use the place as somewhere to go deeper, to link with the past, the richness of its history. Can you imagine? A state mental hospital at the turn of the 20th century? Think shock treatments, frontal lobotomies, restraints and later, the early days of drug therapy with all the ensuing lack of knowledge and understanding that implies. Unspeakable horrors and mistreatment. Mid June may be just too pretty. And, I am now sobered enough by these posted here to begin to think I may not succeed. You know, as you gain experience and have some successes under your belt, you can become complacent, assuming success. Also there is this: through decades of hard work applying craft, intellect and emotion, you have essentially raised the bar on yourself, haven't you? The irony is: raising the bar at the same time that you are physically less able and possibly less astute. Challenging.  It's enough to have you hanging up your spurs never to ride again. Do not fear, I will persevere at this most challenging of places in which to make pictures as I try to go farther, dig deeper and reunite with a past redolent with tragedy and lives lost.

At any rate, the Medfield State Hospital project will be on hiatus for a couple of weeks as I am no longer on the mainland but on Martha's Vineyard. I am doing things like having coffee with friend and wonderful photographer Stephen DiRado: 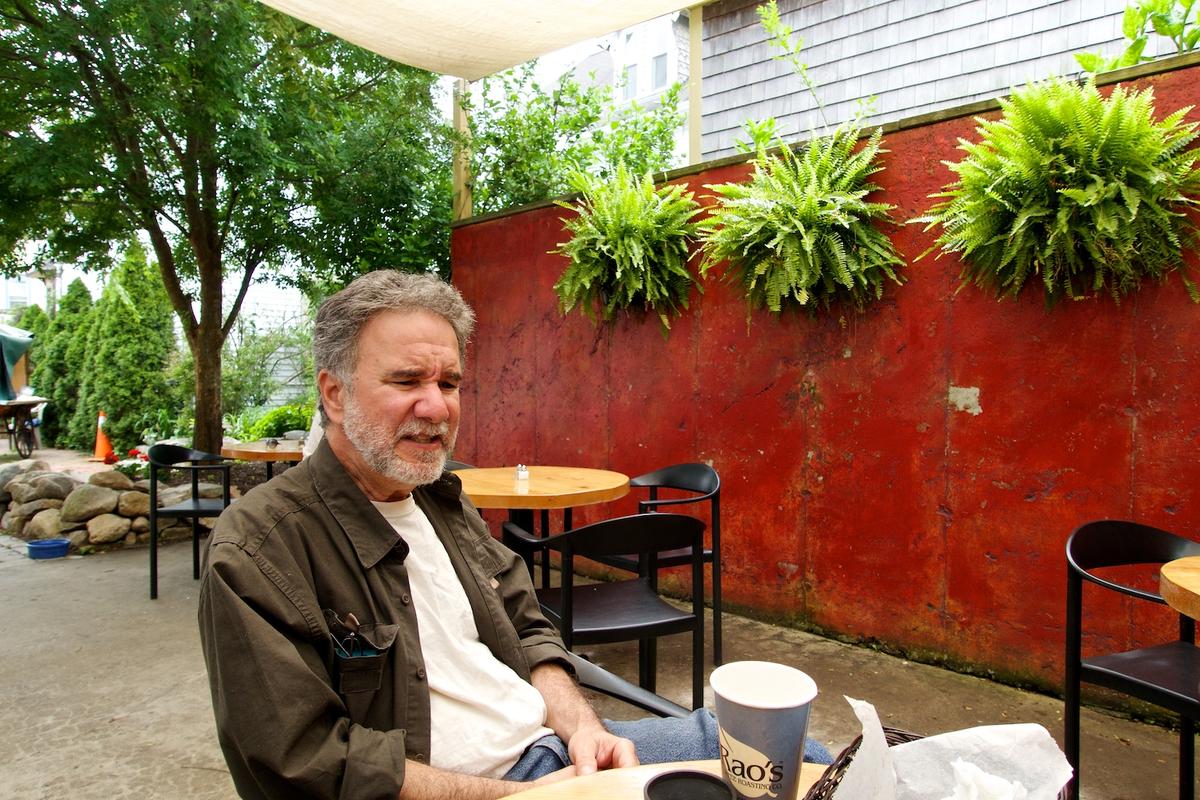 here telling a story about a former student.

Oh yes. The cop. I am done shooting, sitting in my car going over what I've done by looking at the files on the screen on the back of my camera. I hear this police siren light up, loud right next to me and a Medfield cop is sitting in his police car right there. I slide down my window and he asks if everything is okay? I say it is, that I had just finished photographing and did I need to leave? He says, no. He says he just wanted to make sure everything was okay with me sitting in the car like that with my head down, not moving. I said thanks and off he went, patrolling the Medfield State Hospital.