This is the second part of two posts on the pictures I made in Lebanon, NH in the late  90's. Part one is here.

Lebanon is close to Hanover, NH and also White River Junction, VT. I found it to be mostly a working class town with quite a bit of traffic passing through. I liked it also for a couple of the neighborhoods I found: residential and older, established but also with some diversity and variety.

Once I'd made my point of pairing images together to compare and contrast the way the same things rendered differently I moved on, still alternating between times of the year but making single pictures: 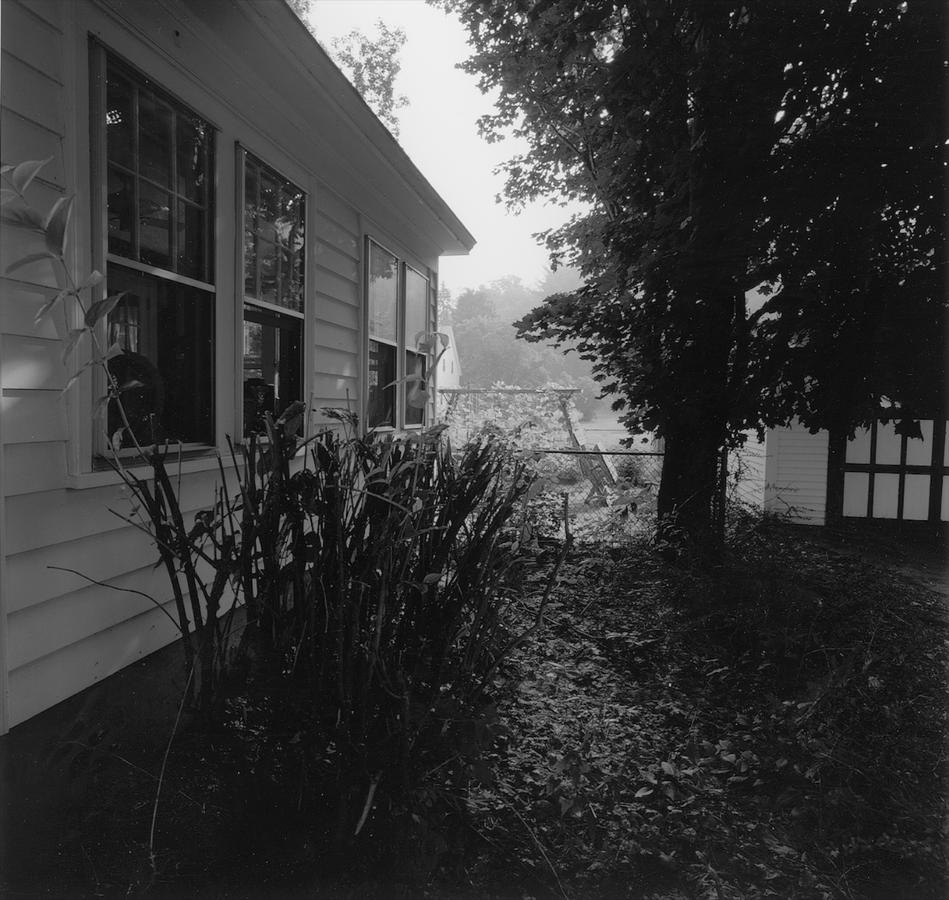 being fully aware that I'd built the expectation that this would be the first of a pair.

Here's the next one: 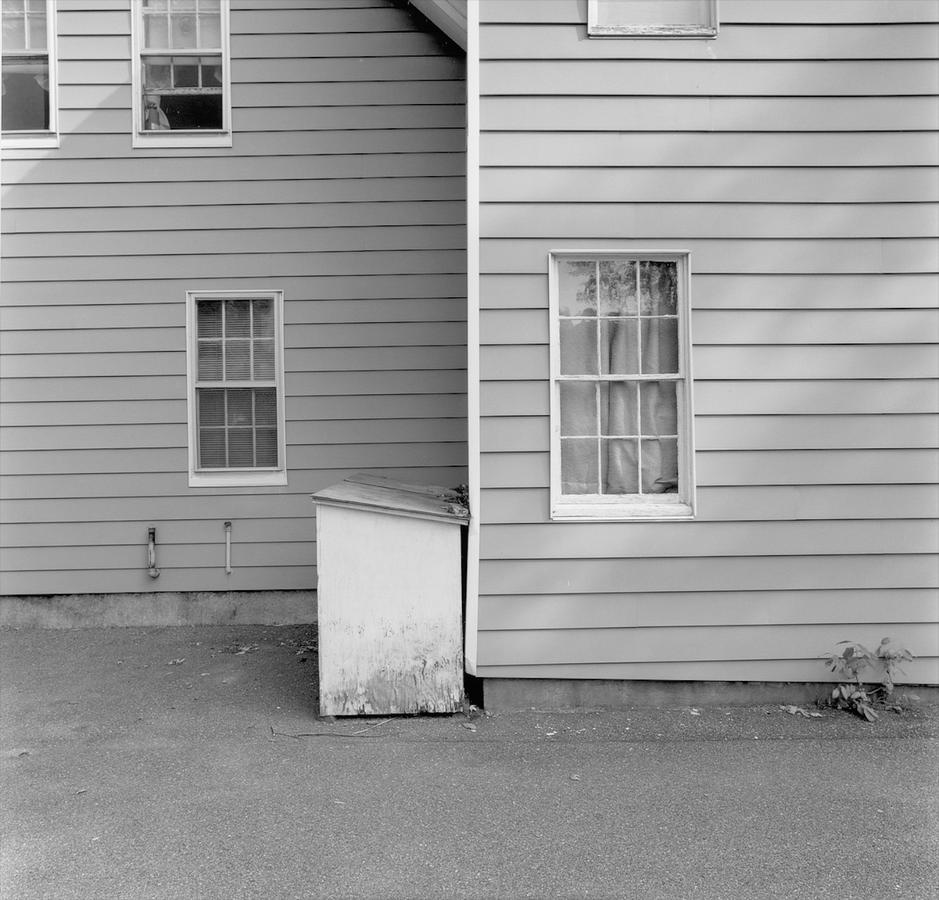 The first one being highly spatial and with a clear foreground/background contrast as an objective to lead you to where the light was to the second which is flat, planal and light, or at least light gray. The side of the house also plays with depth as it has two walls, one larger than the other through the realization that the clapboards on the left are closer together because they are farther back. So, perhaps these are paired in some other ways? Exactly my point. Set up a theme or an idea and then run through some derivations on the same theme. Not break through but how often has photography done that? Maybe Nathan Lyons has. Maybe Robert Frank did. 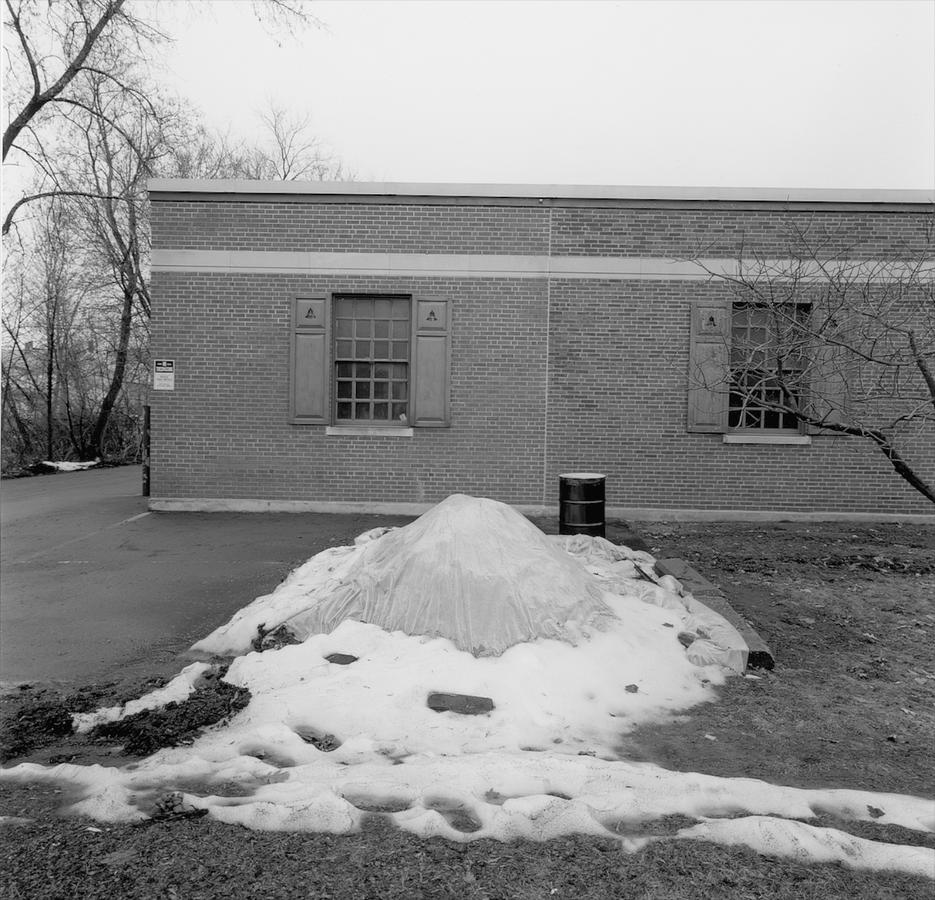 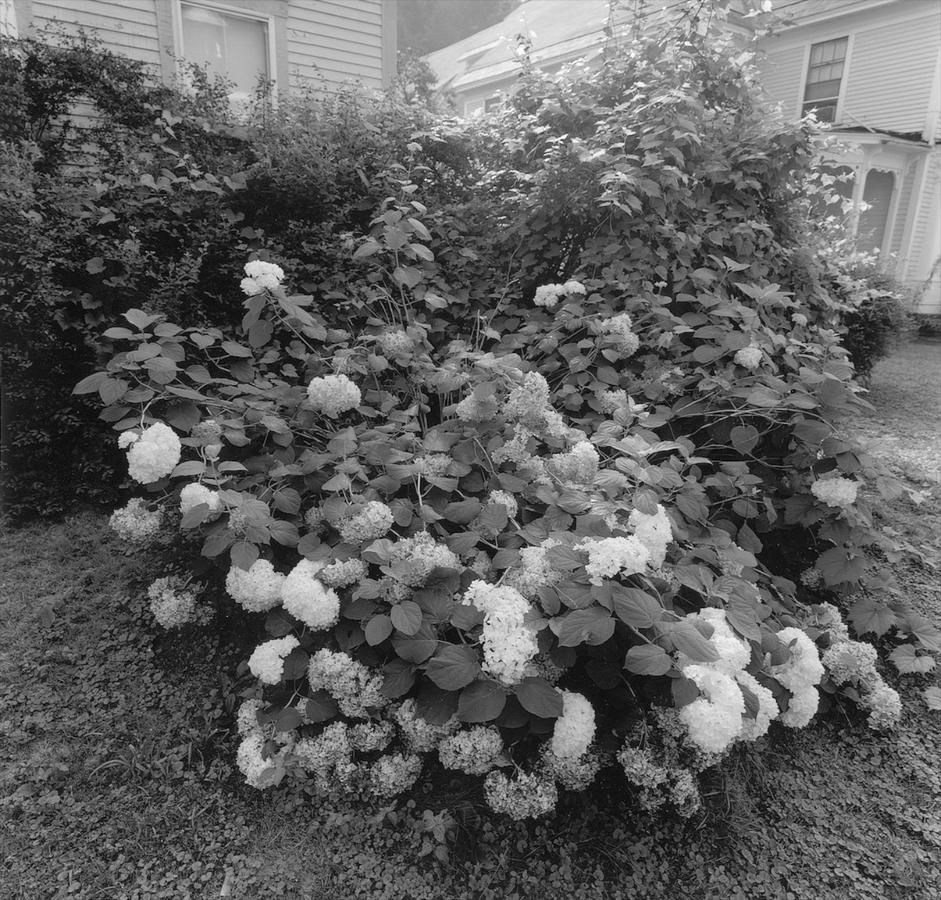 We're still playing here with pairs. This a comparison of two seasons: one really  disgusting, that time in New England where snow is on its way out in March or April but it is muddy and gray and high summer when growth and green and lushness prevails. 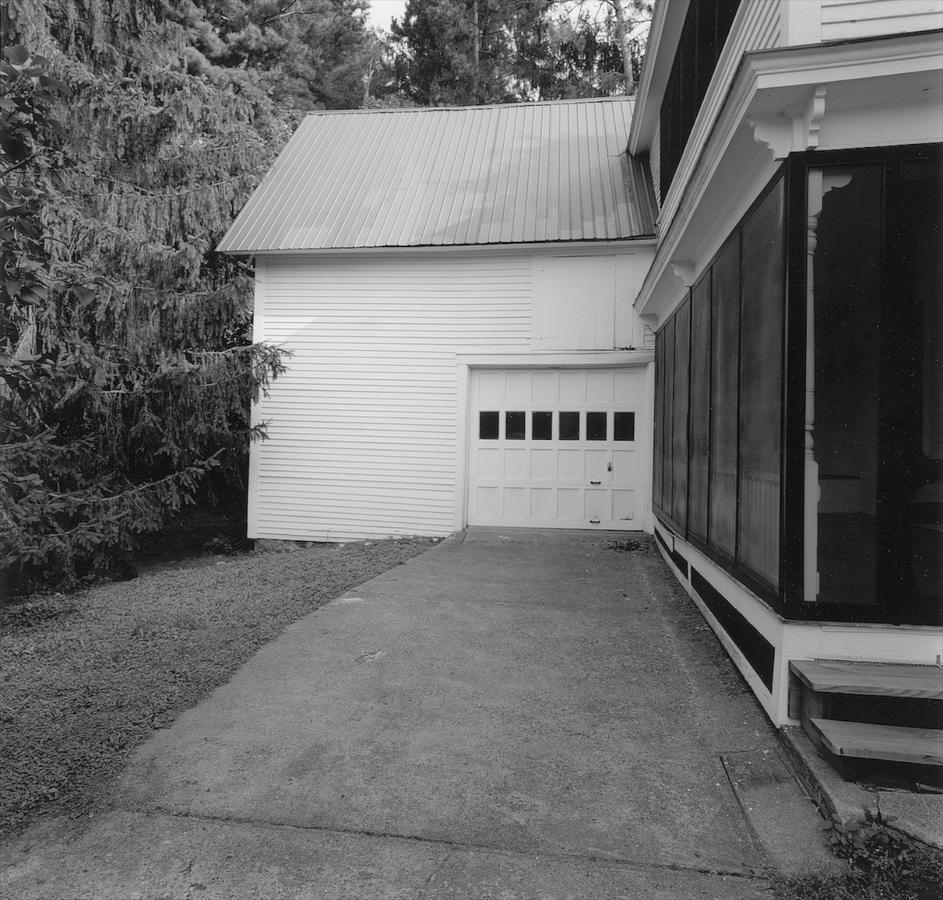 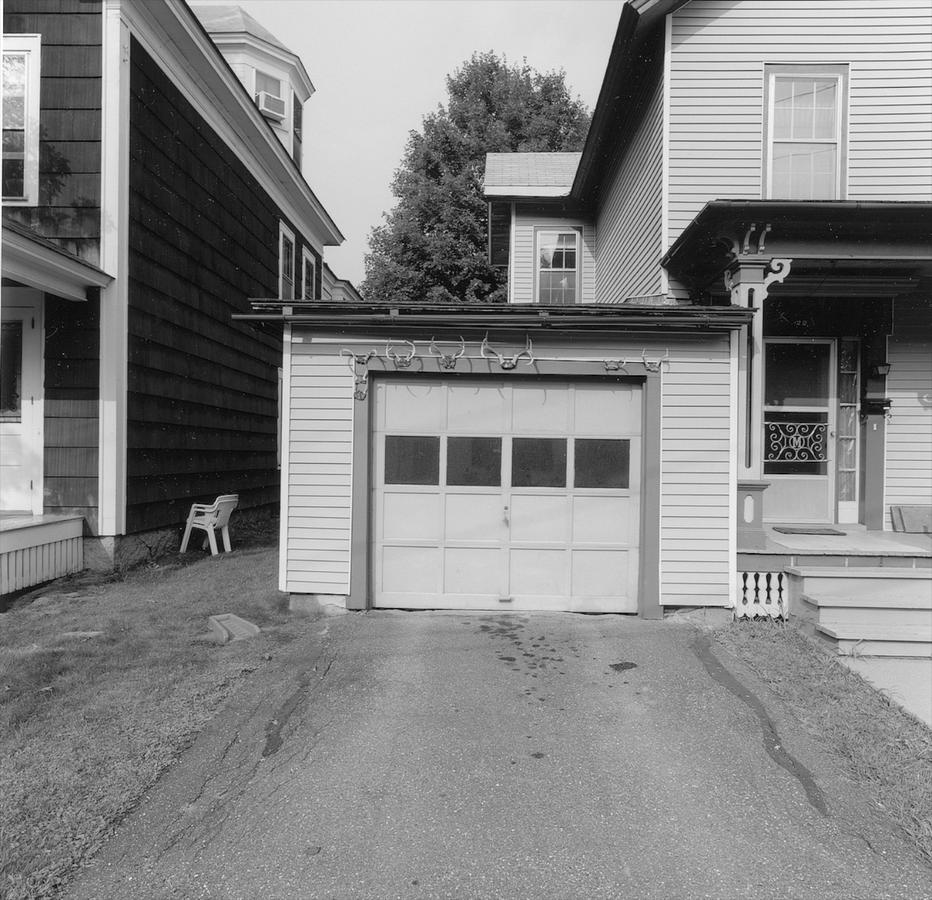 These two, another in this new language of pairing, allowed me to work with depth perception and to contrast the garage doors at the end of a path and as the start to one.

The last three photographs in the series begin to break down pairing and ask the   viewer to form connections based upon the rest of the group as precedent. How much are you predisposed to assume the connections between pictures based on what you've already seen? While I don't have the answer to this, I do pose the question: 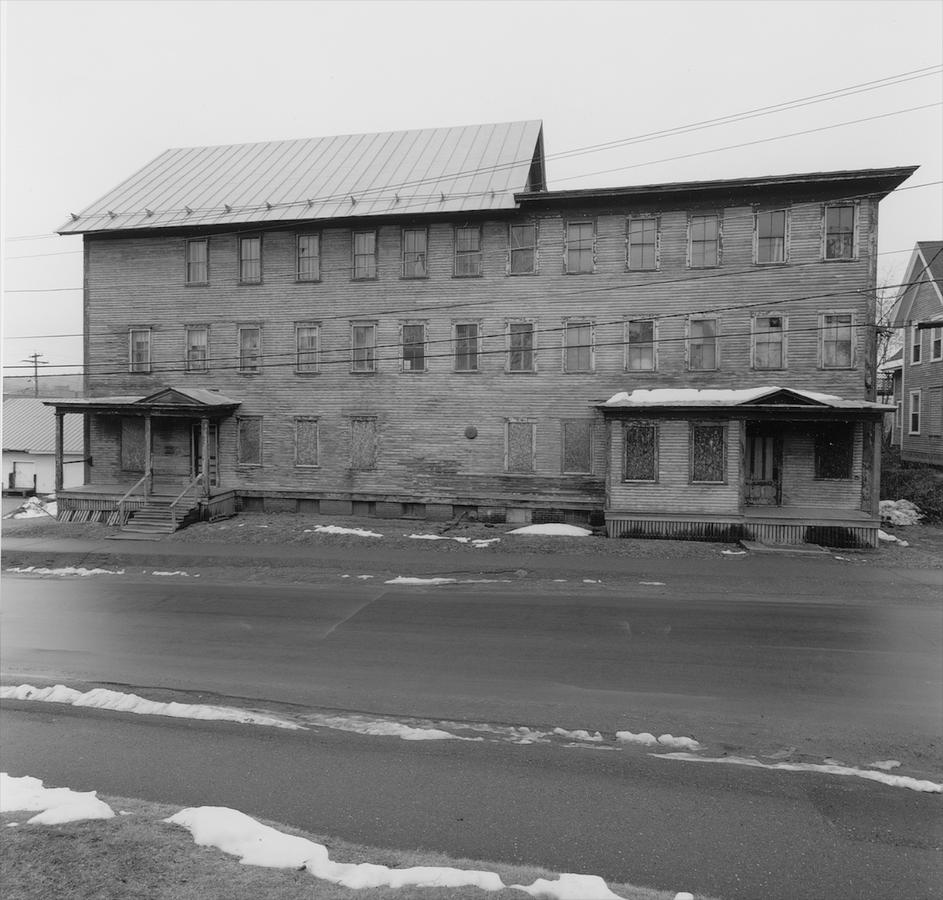 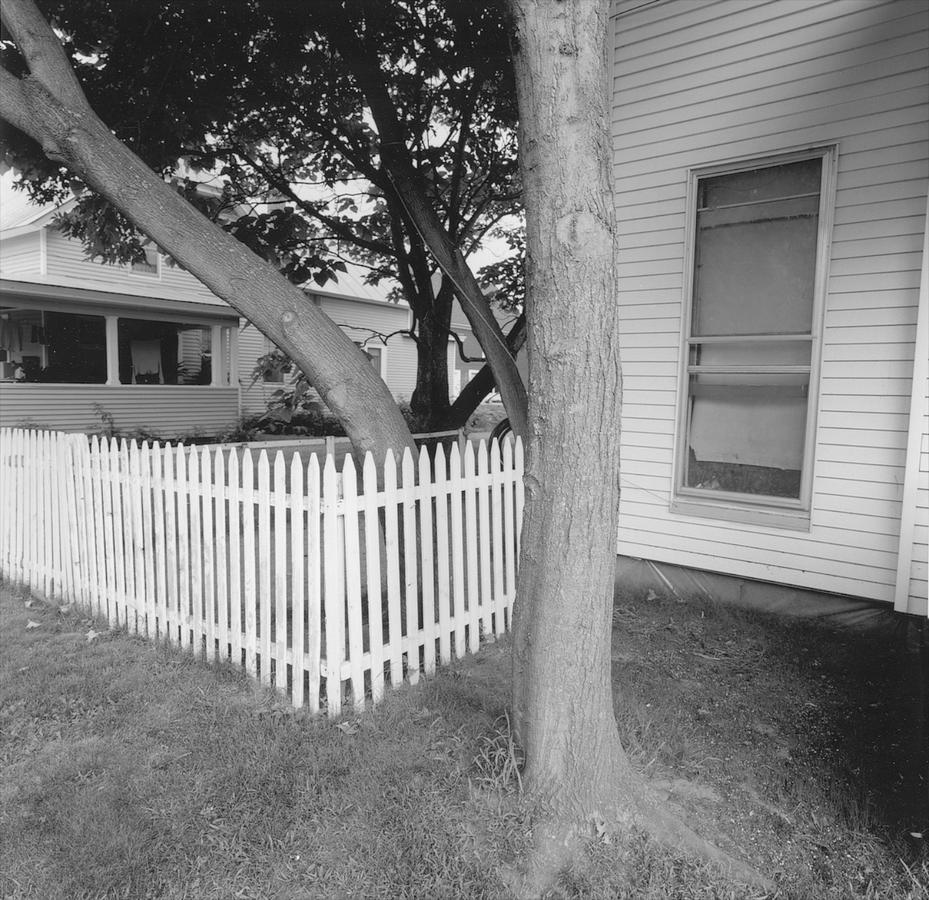 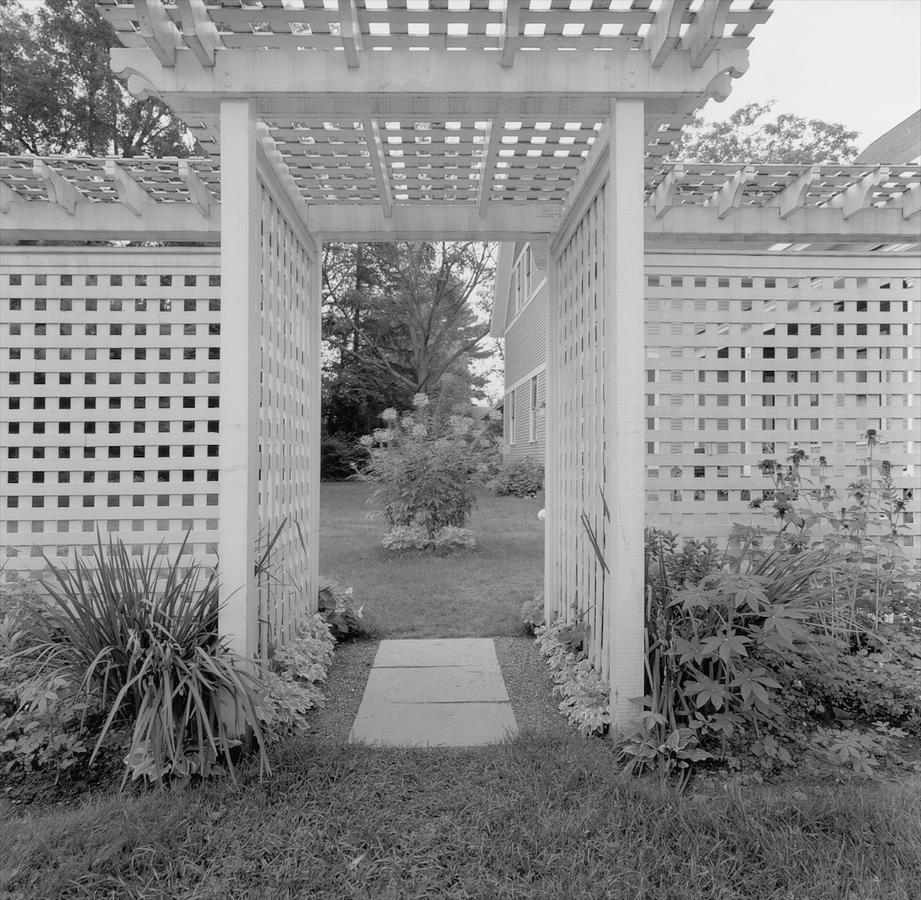 This last one, the conclusion to the set, is intended to use some of the past practice to reinforce the singularity of the image. In effect, I was working to convey depth but also to indicate a clear object, like I'd done with the first picture, to take the viewer to an objective, in this case surrounded by a superstructure that was supportive and that framed the bush. But also, I regard this picture a little like the the period to a sentence. The End.

That's it for Lebanon. Did I leave some out? Yes, I did.  Want to see the full set in all its glory? Contact 555 Gallery in Boston and ask if you may come by and see the prints. We will make that happen. The prints are unmounted, about 12 inches  square and archivally printed on 14 x 17 Kodak Polymax paper and toned with selenium. They are irreplaceable as the paper is no longer made.

Oh, and Happy New Year! I don't know where you'll be New Year's Eve but I know where I will be. 555 Gallery is throwing one helluva party. Usually I am long gone by midnight but not this time. I hope to see you there.