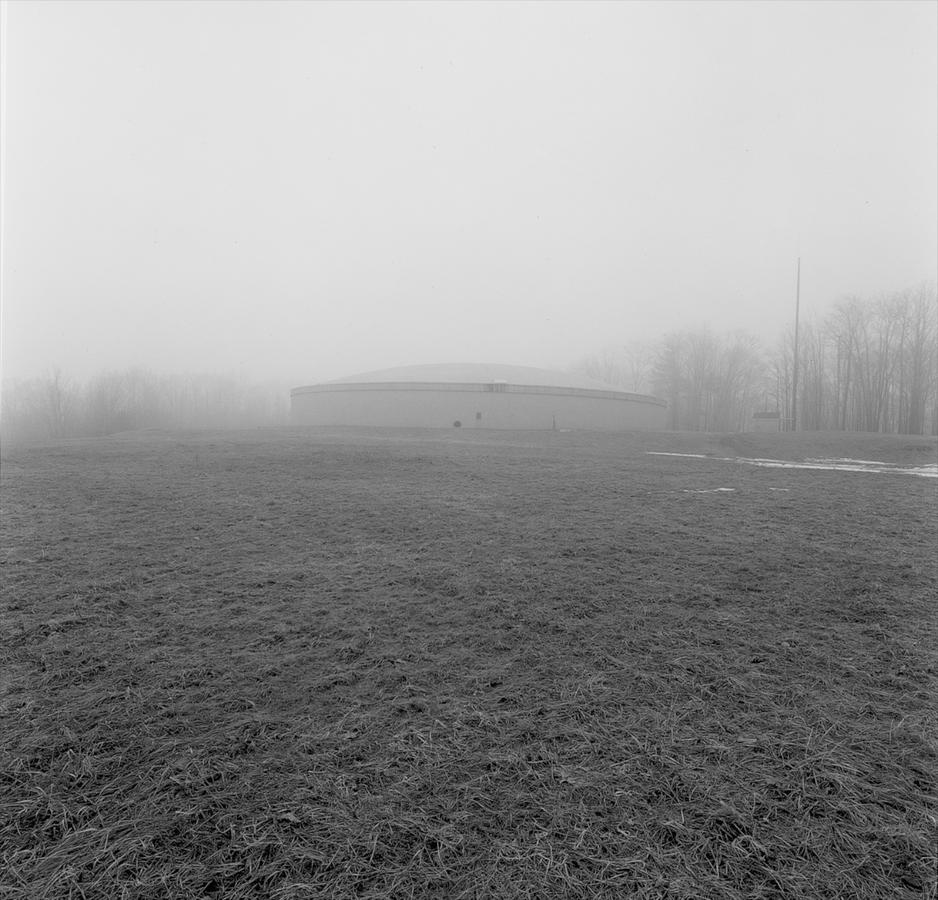 1997: seems like a lifetime ago. It certainly is in terms of photography and how it has changed. I was still fully immersed in shooting film then, for instance, and making my prints conventionally in trays in a darkroom. I was scanning negatives by that time too but inkjet printing was in its infancy so had no real way to print my output.

In 1997 I was working in two ways: one, in making series work like the Lebanon, NH pictures coming up. Sequential bodies of work, designed as a portfolio of prints of consistent size and tonality that were very often of a specific place. The other way I was working was with the 8 x 10 view camera, making large bodies of photographs that mostly weren't cohesive. I called these "incidental" photographs in that they were usually made while on shooting trips, such as a trip across the US in 1993, or while teaching in Italy in the summers.

The Lebanon, NH pictures fall squarely into the former heading, made with the SWC Hasseblad Superwide, hand held and tightly sequenced. This was a series principally about how something changes through the seasons and the years. 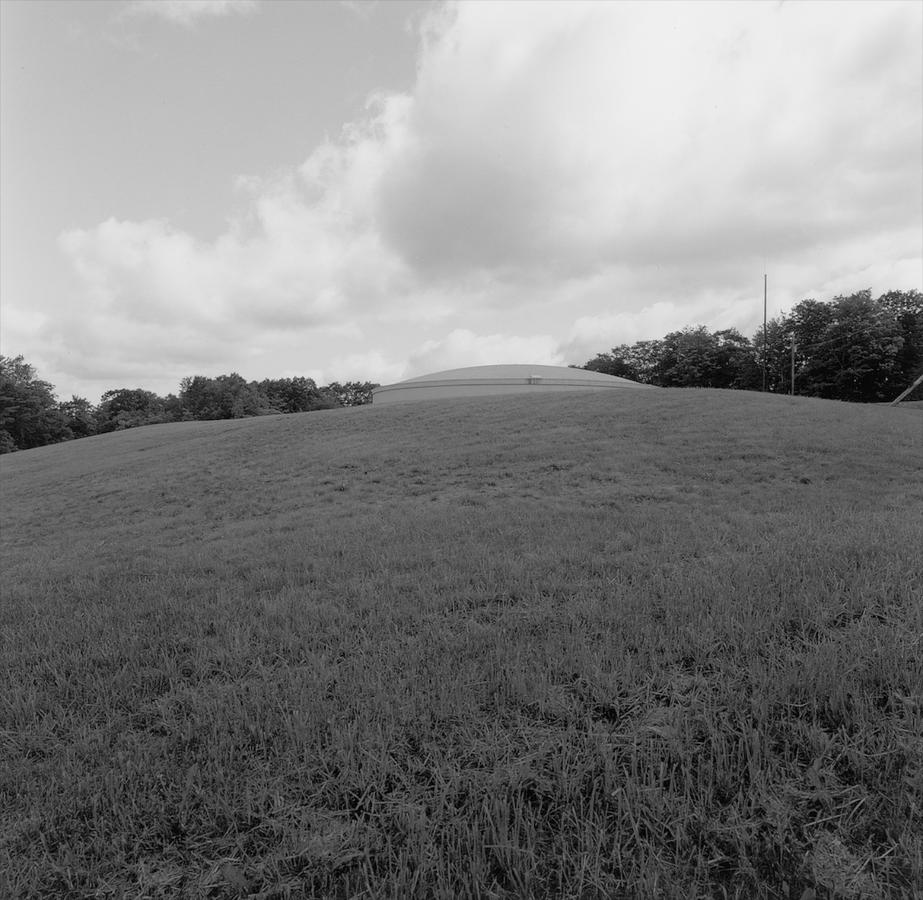 My idea was to return to the "scene of the crime" so to speak, to be in front of something I'd photographed before and reinterpret and work to revisualize that place in a new picture. So, the end result was a pairing of photographs: the first being the earlier picture of the subject and the second being the reshoot, usually in the winter, but not always. As you can see from these two openers, I had no interest in a factual reshoot or duplication of the framing of the original. Too boring, I felt. I am not a scientist, I am an artist. 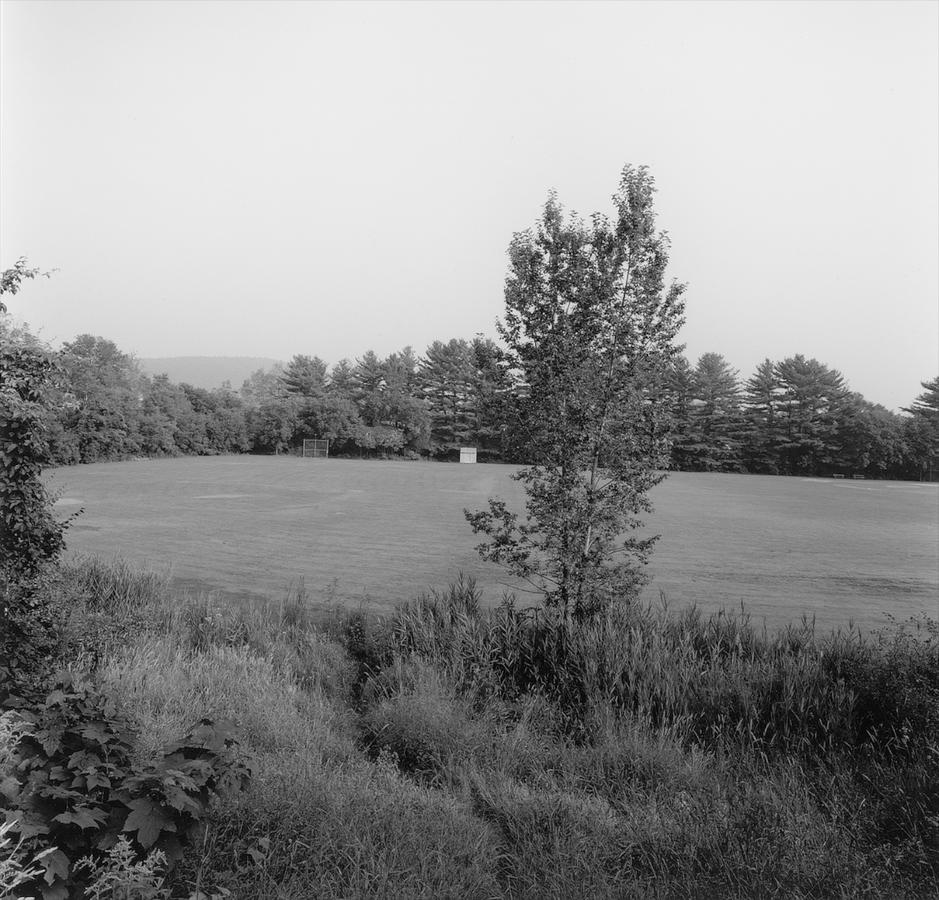 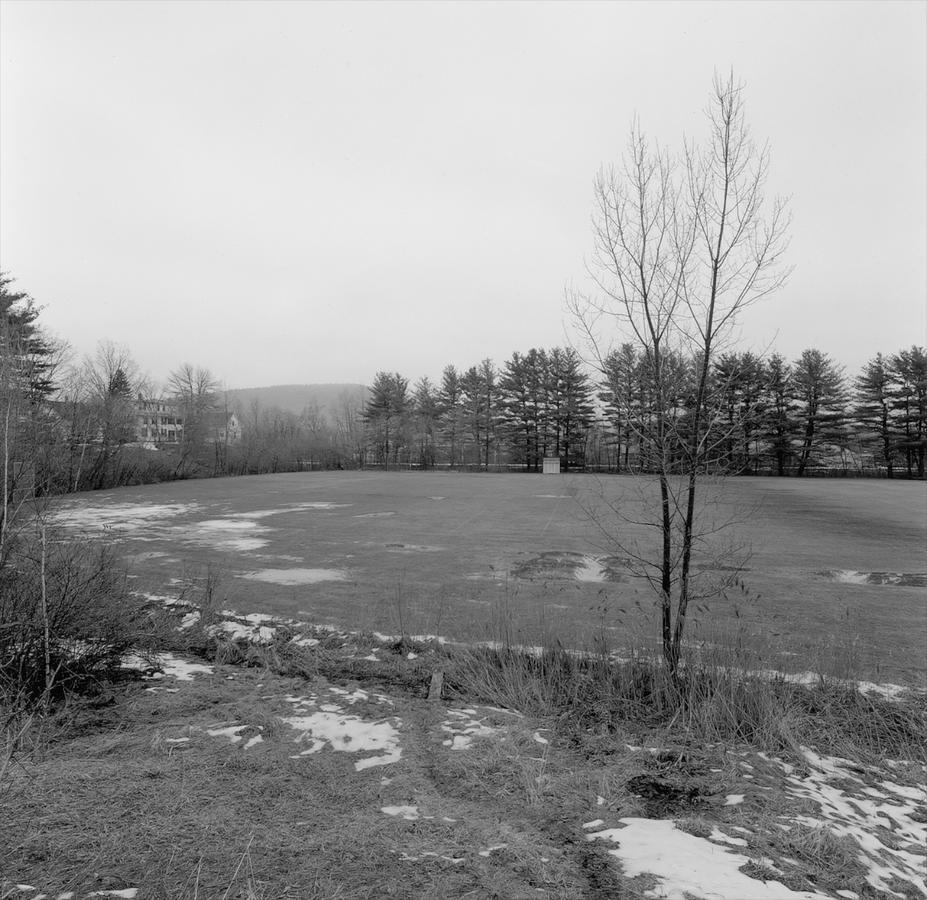 Very often series work allowed me to set up a structure or, maybe, "rules of the game". Lebanon certainly did as when viewing these as a stack of prints in a boxed portfolio, you now had the expectation that the next picture would be the first of a pair. And that is exactly correct: 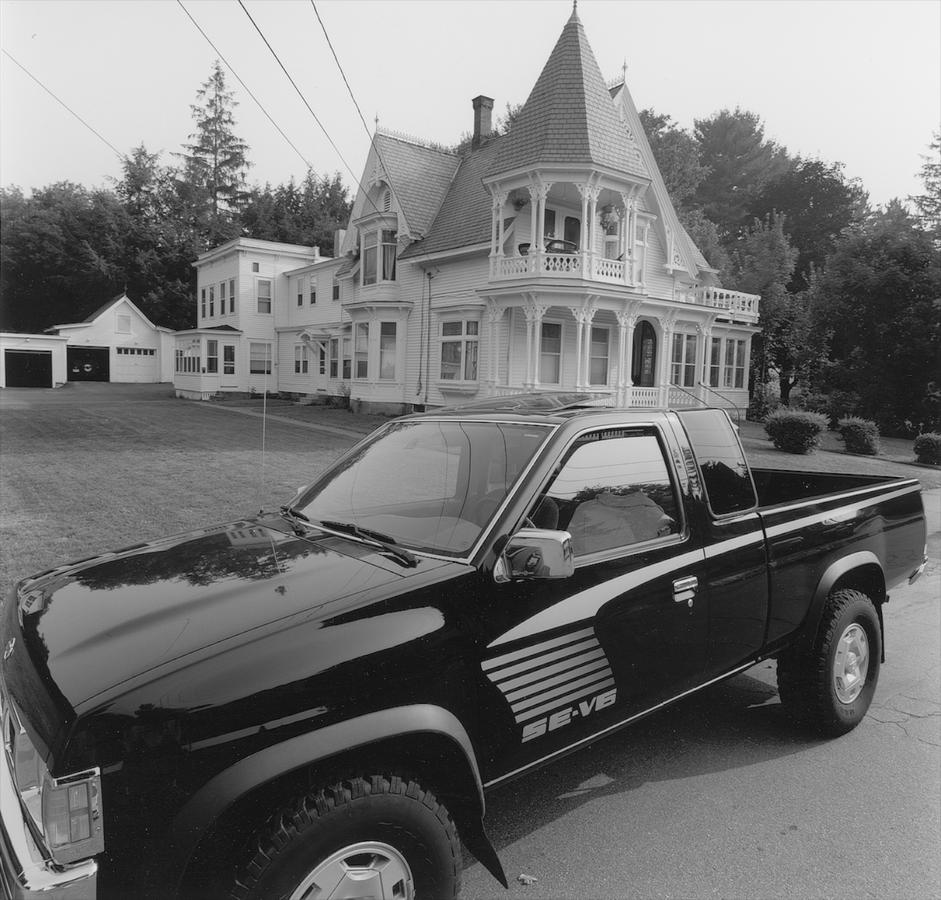 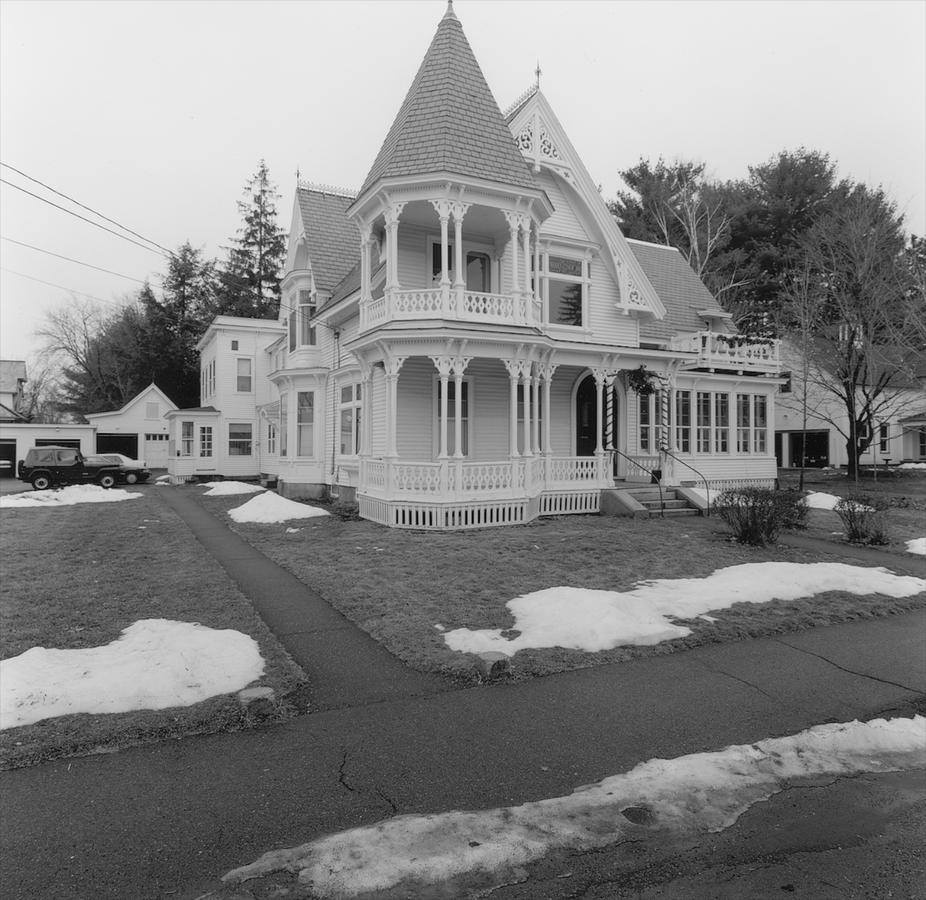 As these two conform to the rule. But they also begin to break with the convention, to split up the frame, to throw something very different in there. These are two of my favorites as they push the scale and the rendering, as the first plunks the larger house on top of the smaller truck, freaking with what we know to be true. We've also now moved into town, where most of the pictures for the series were made. Finally, I altered the pattern by pushing the camera right up next to something, very different than the first four pictures. 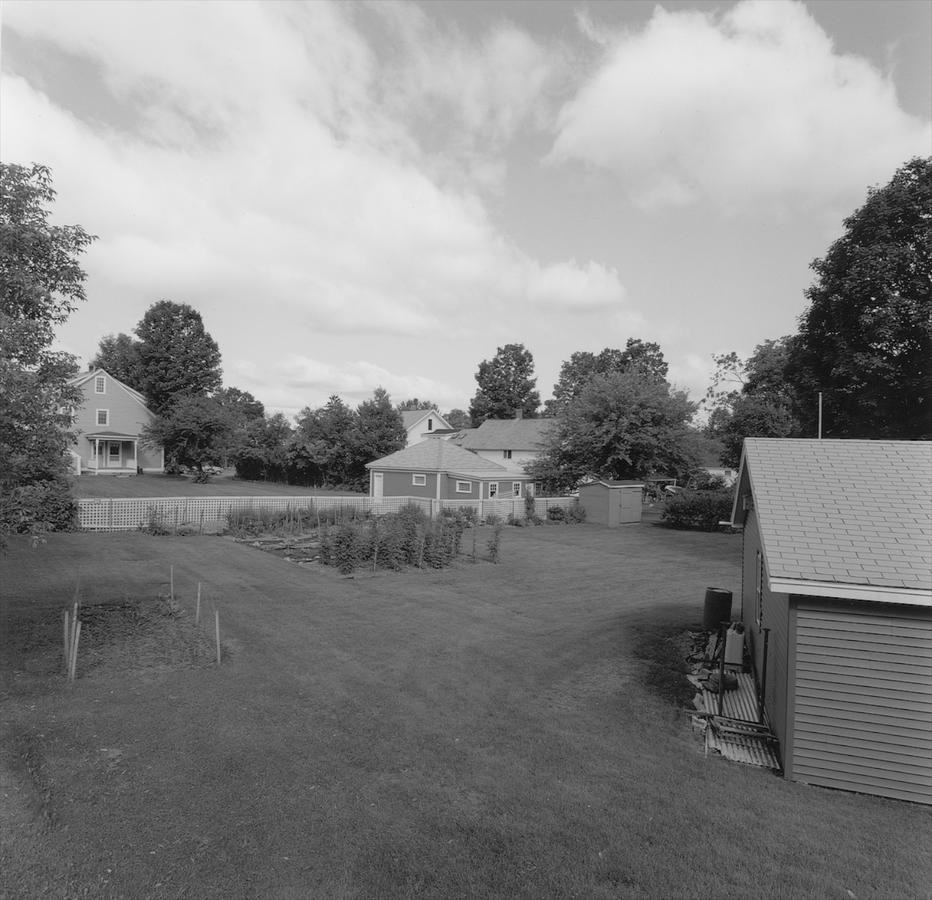 Imagine you're looking at this one for the first time, it sits in a stack of matted prints, one on top of the other. You're now looking at this one, but you have the expectation building of what the next one is going to look like. That's a different way to be looking at a photograph isn't it? 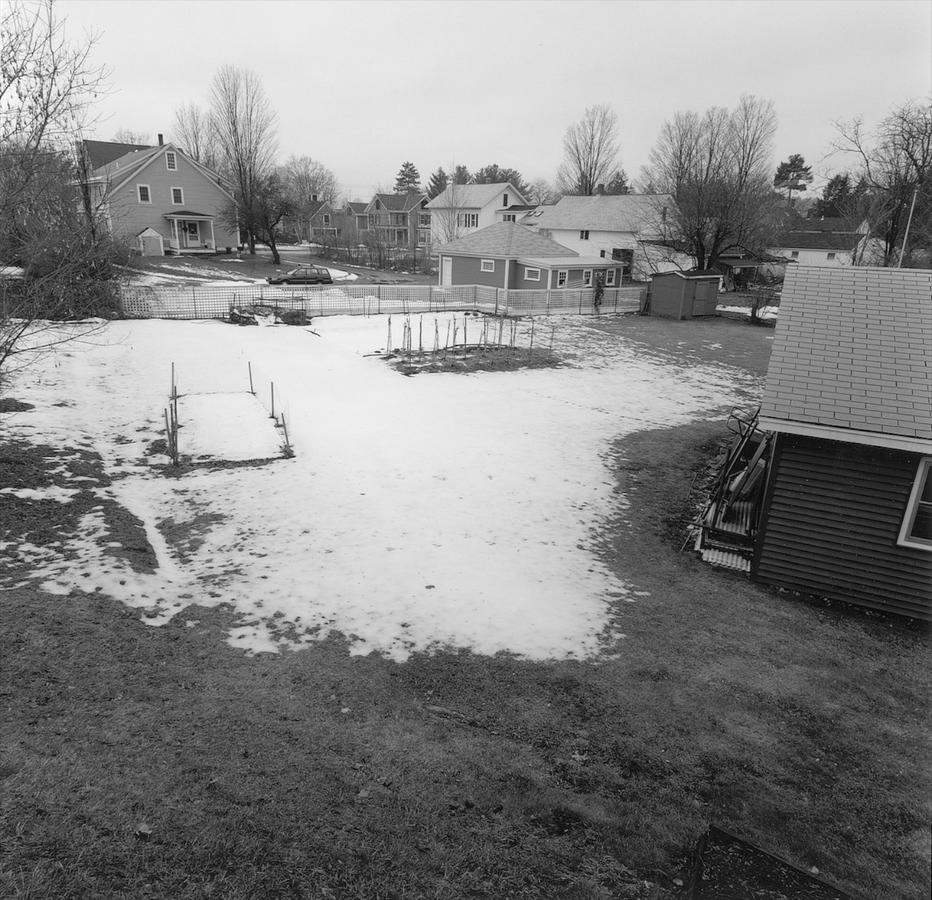 Notice how the scene has changed spatially, how things important in the first frame are subjugated to less importance in the second. I loved that; still do, in fact. 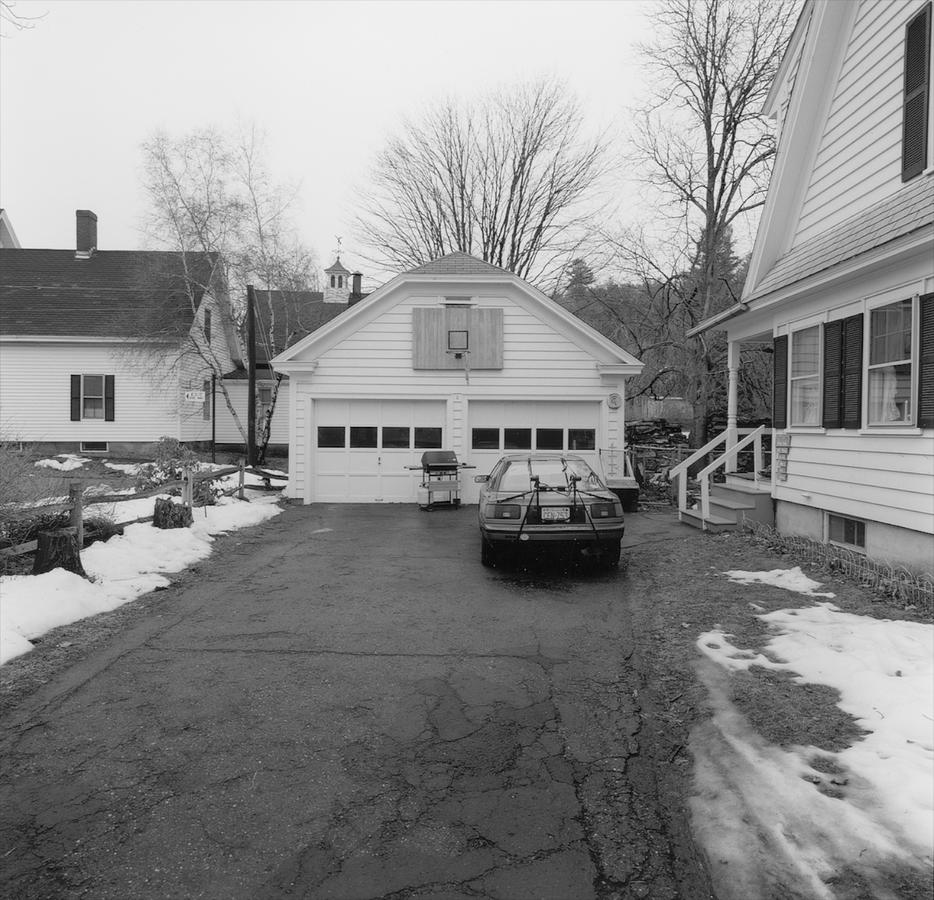 This one flips the sequence, okay, perhaps to establish that rules can change or perhaps to set the stage for what is coming. I'll let you in on a little secret: this is the last of the paired images in the series. 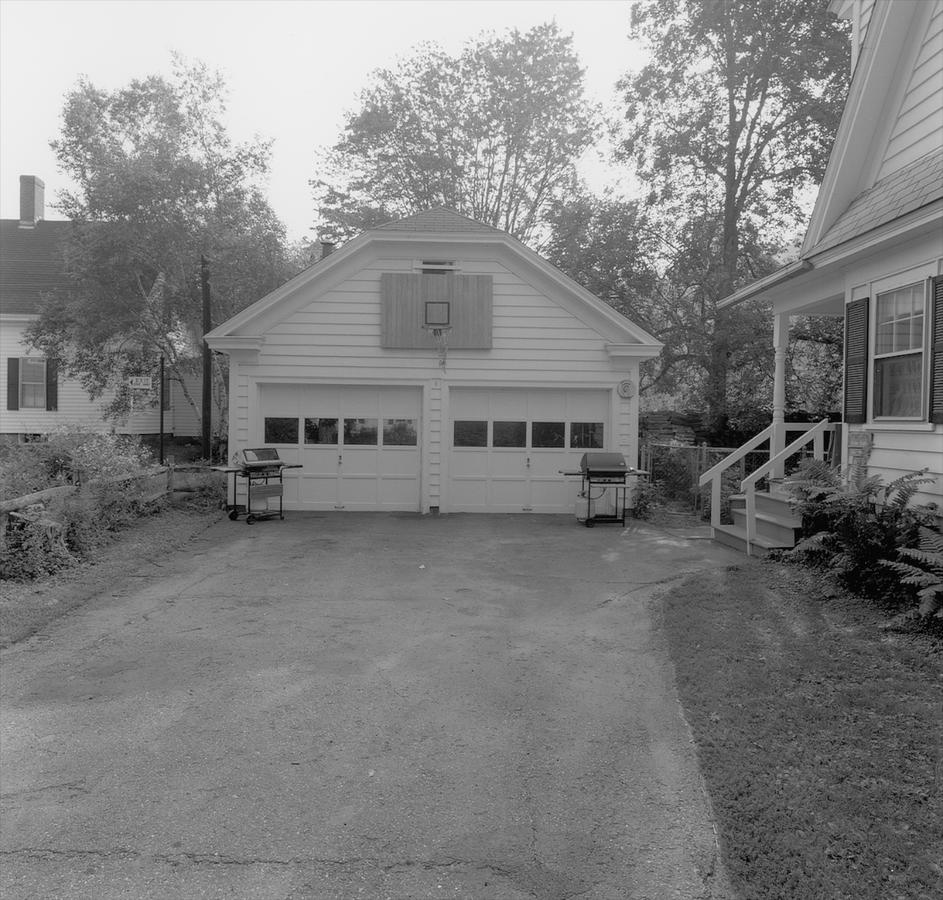 Two BBQ grills as two apartments. At least that was what I thought. Also, the comparison continues: seasonal changes. The bike rack on the car but no bike in evidence. The single grill in the upper picture.

We will stop here as Lebanon needs a multi-post blog. But before we finish, I'll give you a few facts about the series. Lebanon, NH has never been shown. I thought of titling this post "The Basement Tapes" as this work is a little like that. Played but not issued as an album. Made but not seen. Colleagues, friends, some collectors and curators have seen it. But the photographs have never sat on a gallery or museum wall, were never arranged in a sequence, never published as pages in a book. In fact, you are the largest audience to ever see the work.

So now I know you're totally excited. Do me a favor, share this blog and sign up to subscribe if you haven't already. I know there are many of you that read it but don't subscribe. I think that's a little like listening to NPR but not donating during a fund drive. You want to keep the blog going? Show me the love by subscribing. BTW: I never solicit anything from subscribers and have never shared the list with advertisers.

What is your expectation of what's coming up next? Next up: Lebanon, NH Two.