Sometimes writing comes easily. I've got something to say and this blog is my vehicle to say it in. I think this comes from my profession as a teacher as I can remember dreaming up some new course, or curriculum, or a lecture for a specific class where I believed I had something of value for my students and wanted to share it. That was usually pretty straightforward. But writing about my own work or others isn't always easy.

Other times, when preparing a blog to post, it comes hard. Right now, I have got something I am wrestling with conceptually and I am outside my comfort zone as an author to get it out. This is where I admire so much those that write for a living.

At any rate, I am going to take a stab at writing on the inside of the aerials I make, in an effort to address the motivation behind working this way and what the resulting photographs mean to me. This may be answering the question that wasn't asked but hang in there as there may be something coming that you might find useful. Hopefully, by sharing this with you, I can a) inspire you to try it or b) help you understand the pictures a little better or c) help you understand how one professional artist thinks and works.

I am gong to sprinkle various aerials in here to help make my point. 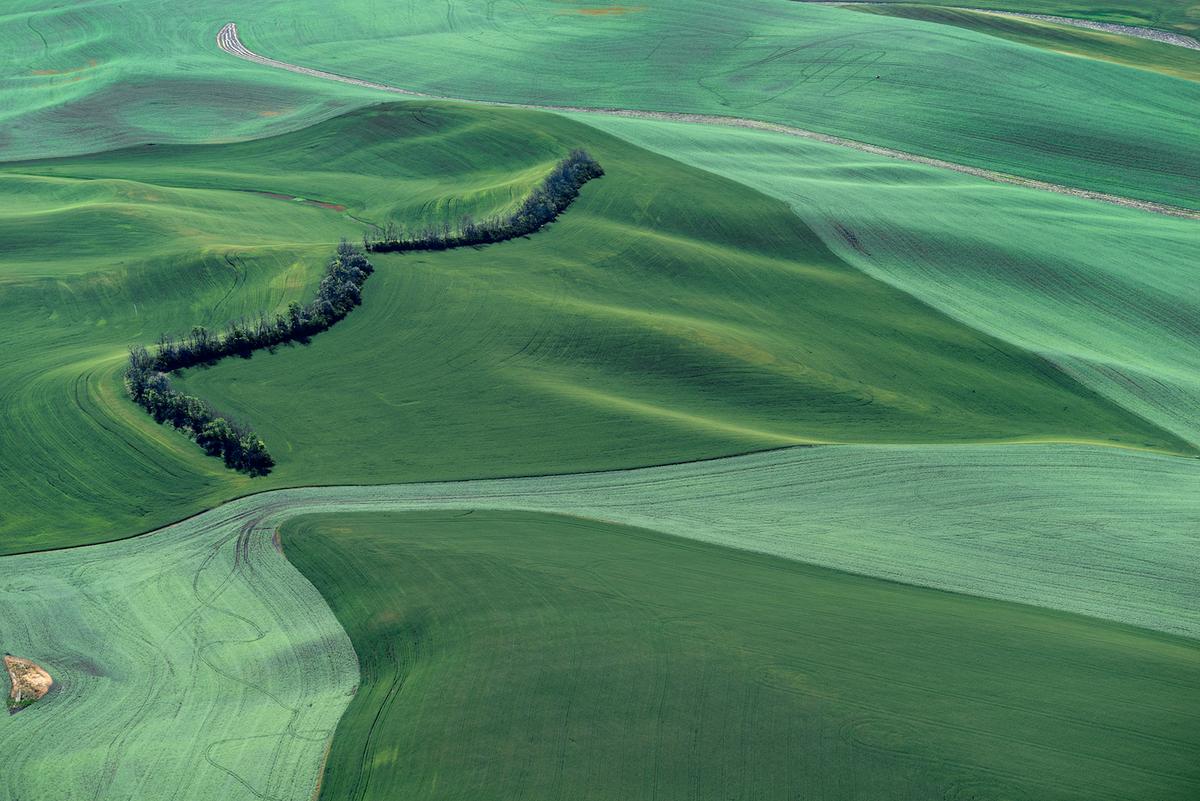 When asked about my aerial pictures I often answer that I believe I am in a some-what unique position in that I go up in a plane to photograph simply to make art. I am reliant on what we fly over, of course, but I believe I am doing something a little different with the pictures I make. Most photographers that work aerially are on assignment, shooting real estate, surveying, etc. Not me. I just want to make pictures from above. 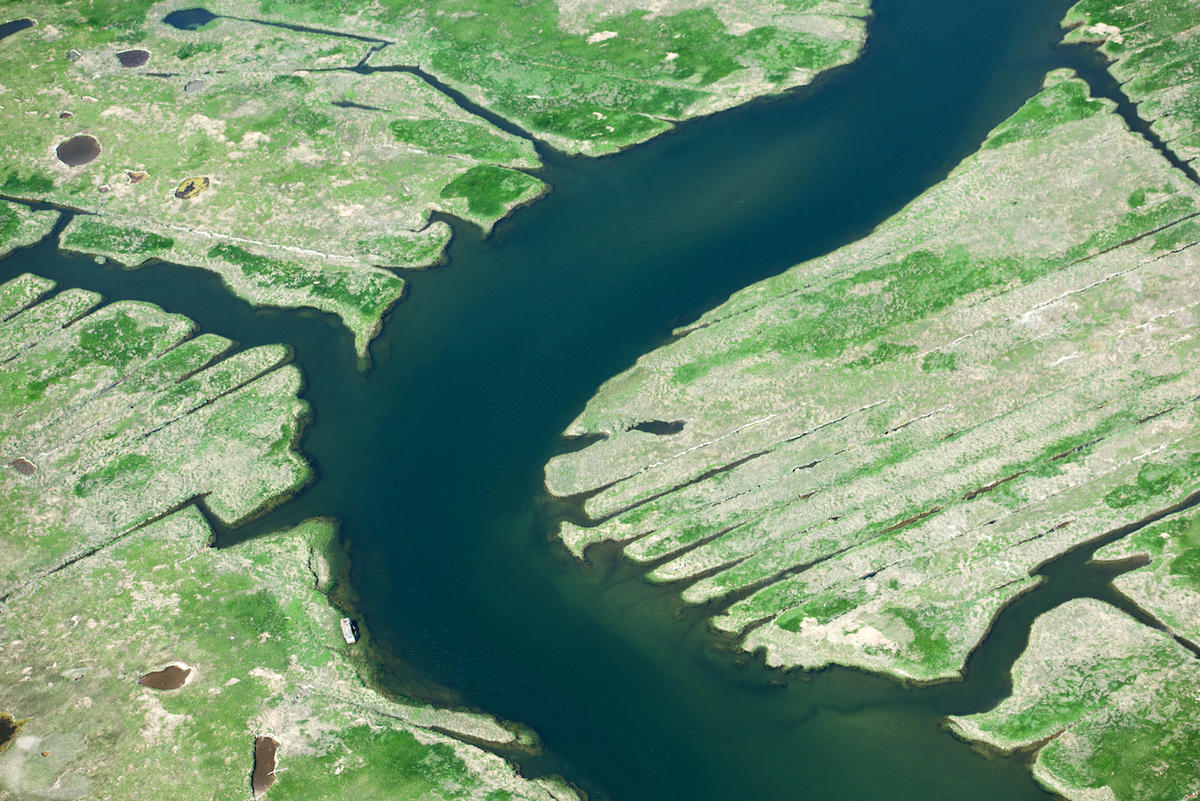 From the Mass Marshes series, spring  2015

I feel like I am late to the party. Let me explain. While I was awed and impressed as a young man with Paul Klee and Franz Kline, Kandinsky, Stella, Pollack, de Kooning, Barnett Newman and others I was also confused and disoriented by their large works; so impulsive, at times so angry and loud. I lined up with Mark Rothko early due to a one man show of his work at the Guggenheim  in New York in 1978 six or seven years after he died that seriously rocked my world. Rothko imposed a kind of orderliness to his work, the vehicle of the rectangle a constant while working for many years within its structure. I could relate to that, or find logic in his pursuit. I also loved what he was doing with color for I was in the language of black and white from my early days in the 60's on up until the early 2000's, while at the same time looking over my shoulder at the Joseph Albers studies, so important to our understanding of color.

But make pictures within the sensibility that is abstract expressionism with my own work in photography? Not bloody likely. I was too indoctrinated and entrenched in the kinds of photographs that worked off the palette of the real world. By that I mean I was anchored to being out in it and depicting in a manner consistent with the mediums' modernist precepts: clarity, fidelity, depth of field, tonality and yes, even print quality. All the modernist boxes were checked. I was fulfilled and enamored by what the medium could do in front of real stuff, subjects if you will.  Still am. In fact, I had no issues of photography not being enough, or too literal, or not expressive enough. Beginning to work aerially has changed some of that, of course, as there is some really wild form, content and color when photographing from the air. I think that's why my most recent aerial work doesn't depend as much on a real typography as it does with what nature and mankind has done to the land. I don't know if I can write this clearly but my interest is less in physical depth and more in markings, both actual and imposed upon the landscape. 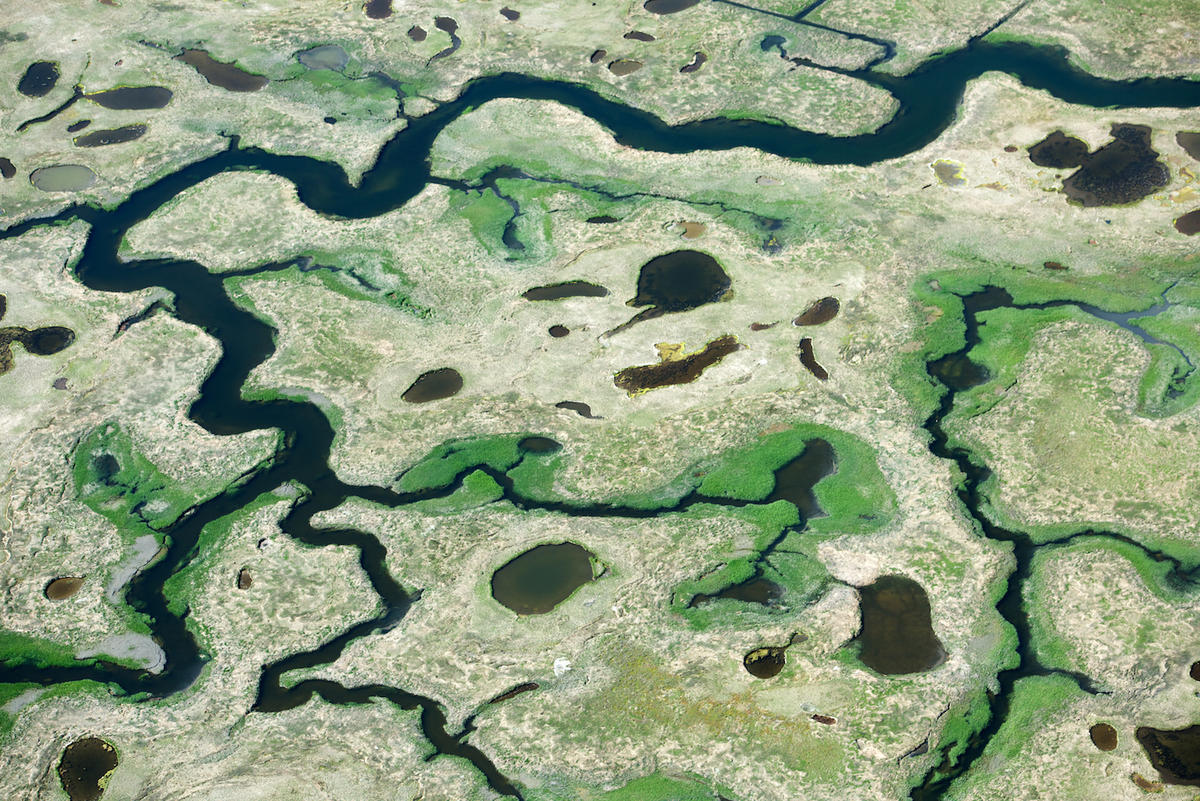 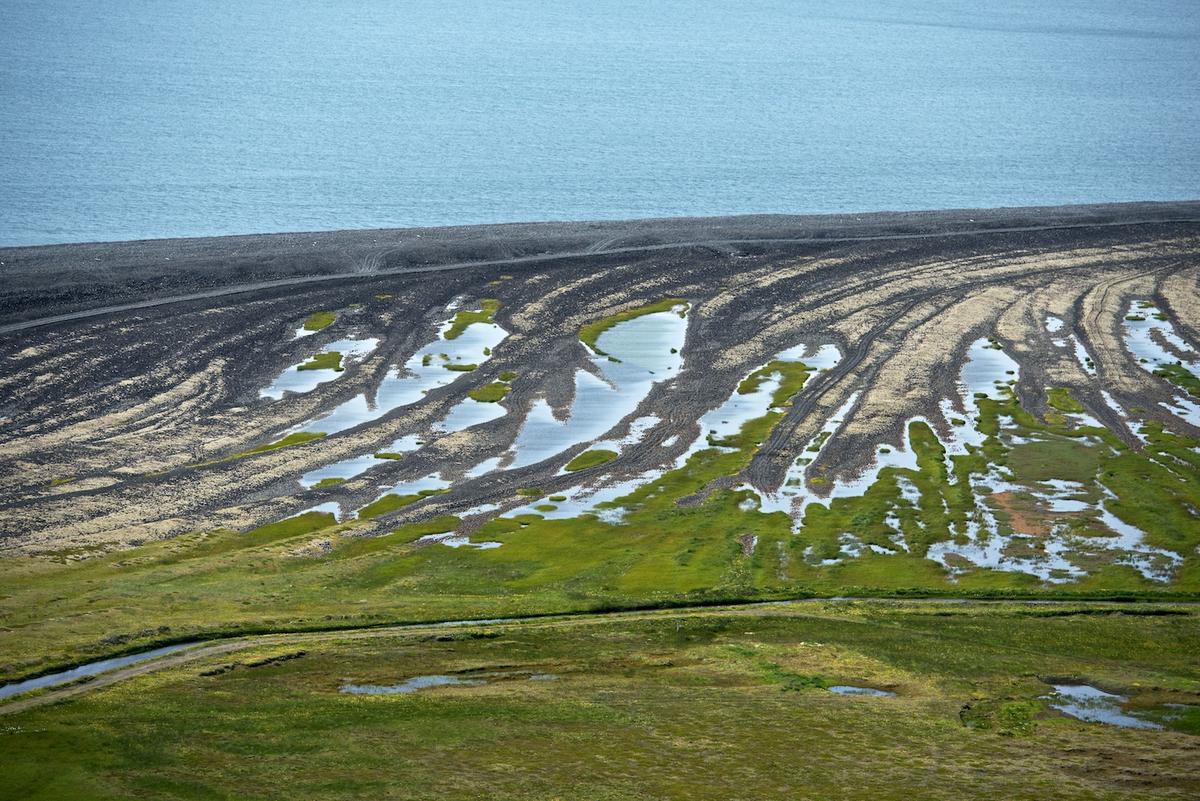 While the aerials embody much that is conventional photography (sharpness, color, etc.) they are separated from it too by scalessness, the denying of foreground to background readability and the sheer abstraction of things.

This is going to sound a little obvious perhaps but I believe I have a deeper understanding of and appreciation for the works of those seminal abstract expressionist painters through making aerial photographs. Bang! That's it, isn't it? So, how did they get there without the aid of hovering over the landscape like I have? I have no idea, but this clearly points to their brilliance and my lack of, I suppose. 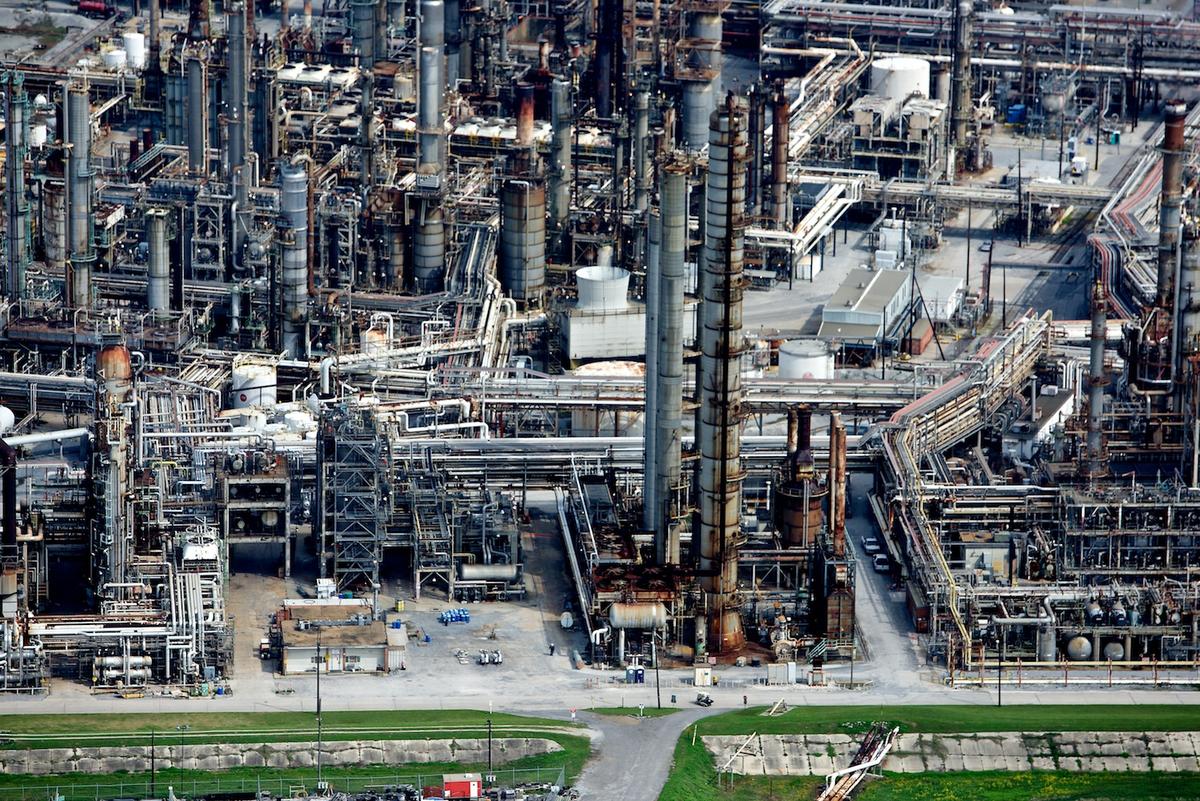 So what does this way of working, photographing from the air, fulfill for me? I do believe I am using aerial photography to serve a different purpose than most. Quite simply, it is to make abstract art. 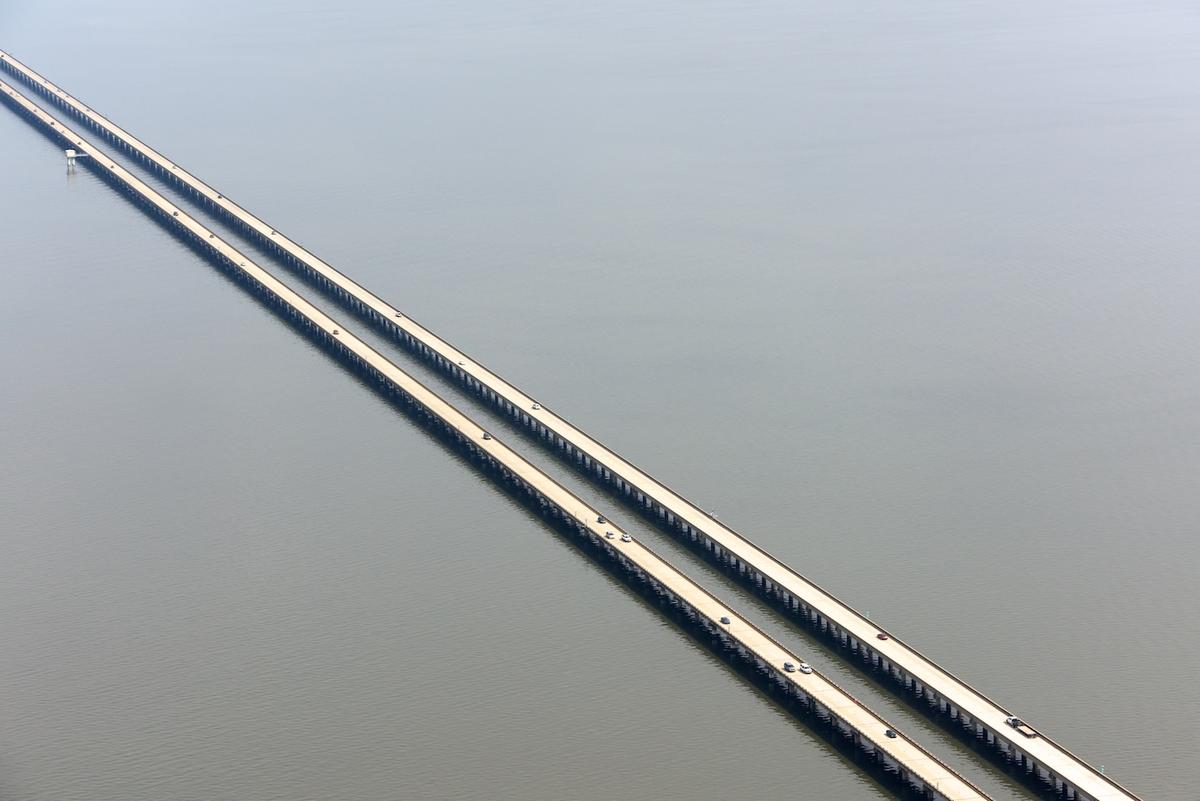 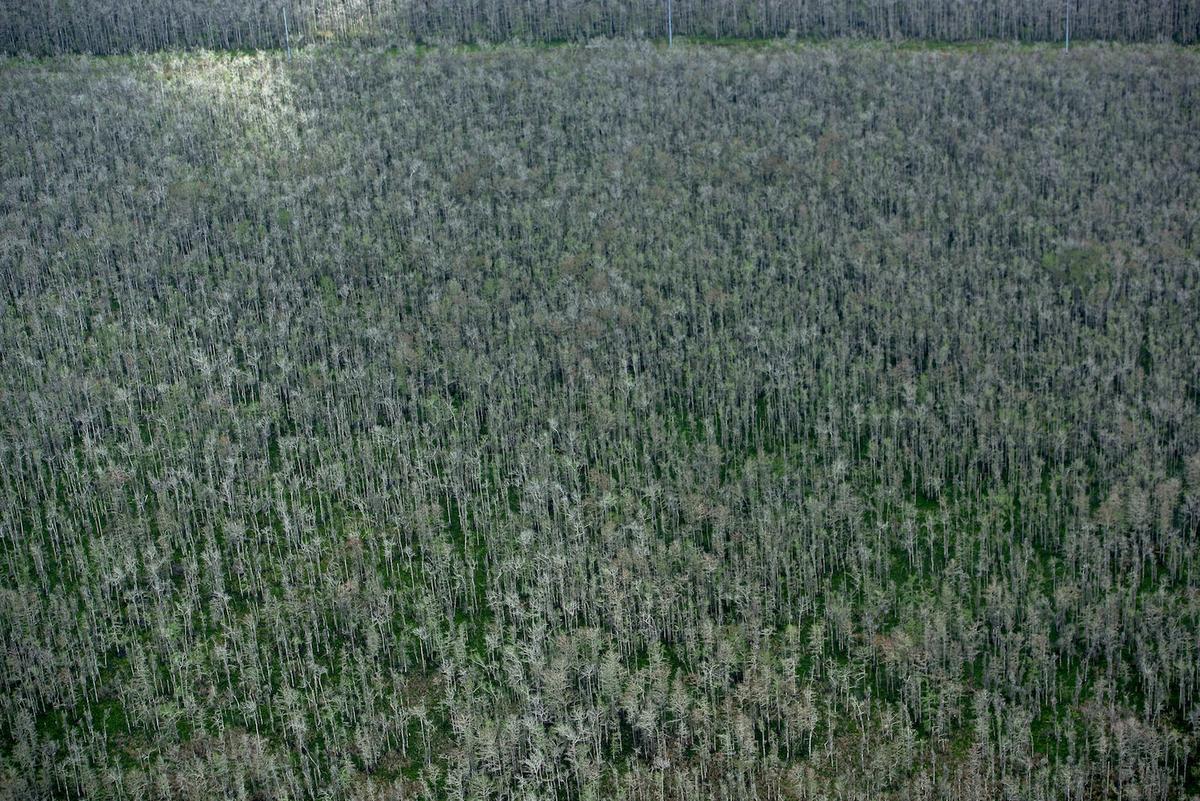 The contrast of knowing this is something 1000 feet below the plane spread out and displayed relatively accurately verses the final piece looking like it is marks on paper or canvas, not literally rendered and contained only within the artists' mind is almost to much to bear. 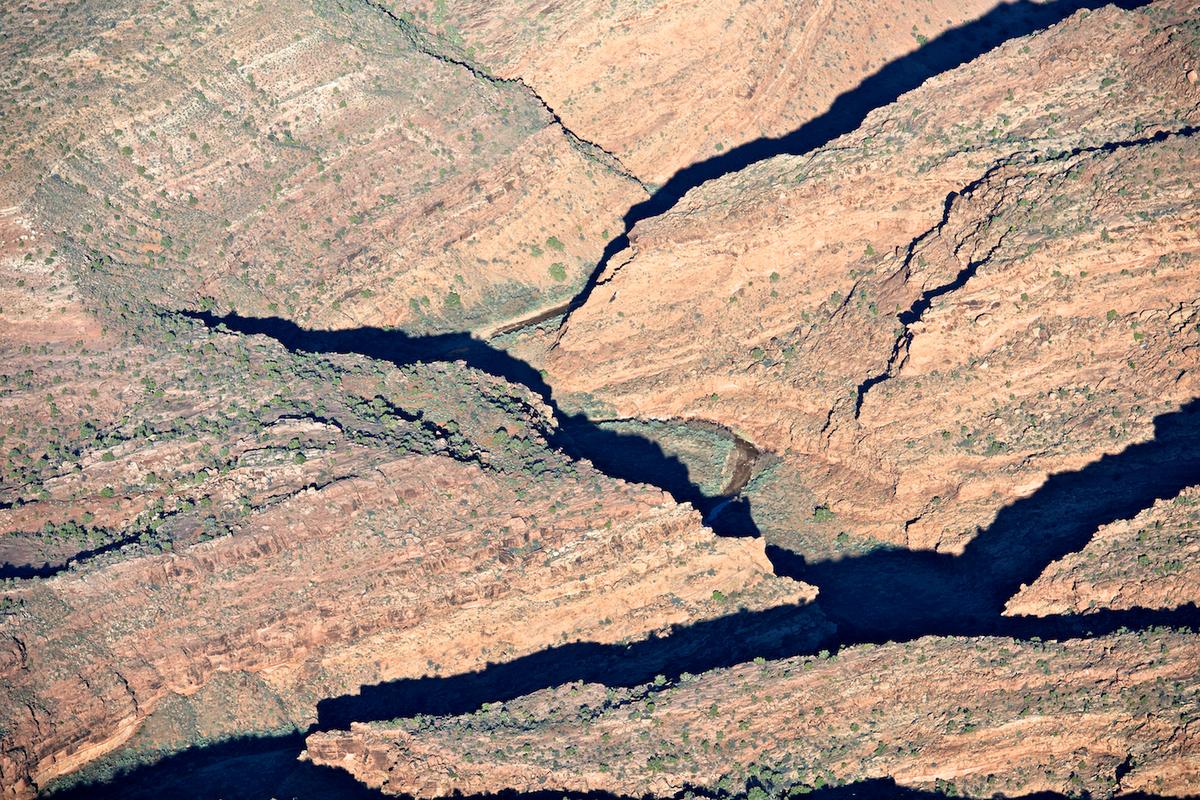