The photographer sits at his desk on the island in the house he owns with his two sisters. It is a mid sixties Eliot Noyes designed house with a broad view of the south coast of the island as it is sited high up on a hill overlooking a mile of land before the shore with a view all the way out to the horizon. He has spoken before how this location is partially responsible for an aesthetic long on horizontality over now a career of making landscape photographs. 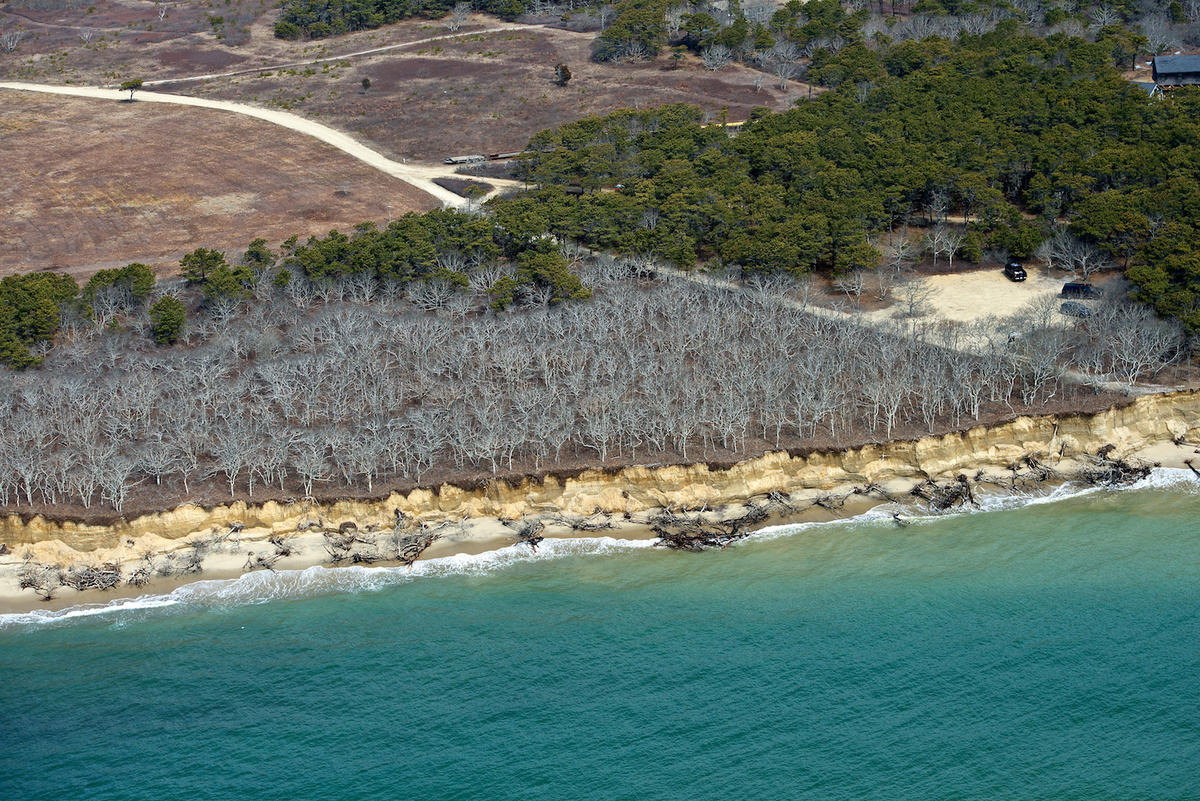 Faced with hip surgery soon, he finds himself unable to do things he used to take for granted. He is still able to make pictures that connect and have force, though perhaps the car is parked nearby or the picture is made close to the road, for walking isn't easy. But his fluidity with his medium is due to decades of work looking and making pictures of what he sees.

He has made new pictures at the the other end of the island in a remote place where soil erosion is winning the battle against a stand of trees.The ocean is at its most powerful here and a cut in the point of sand has wreaked havoc where the waves meet the land. 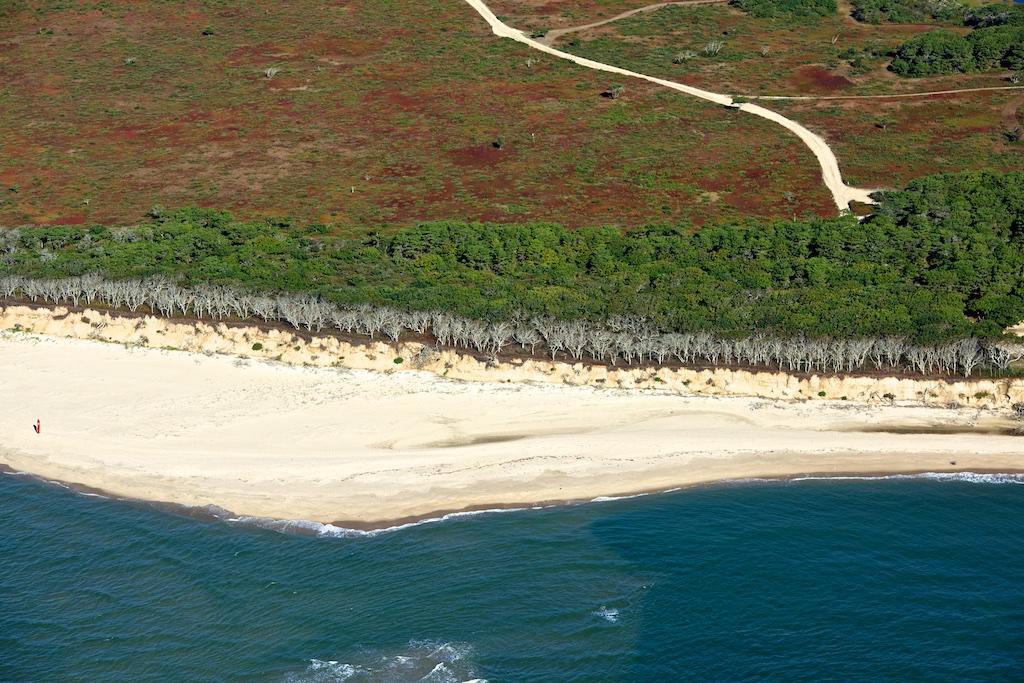 In several flights to photograph the island over the past three years, he has been struck by how much this particular landscape has been transformed. As the bluff erodes the trees have no choice but to fall, one by one. This time he drove to the end of the dirt road, parked and walked along the strip of trees, looking out at the ocean as it ripped around the outermost bend in the island. 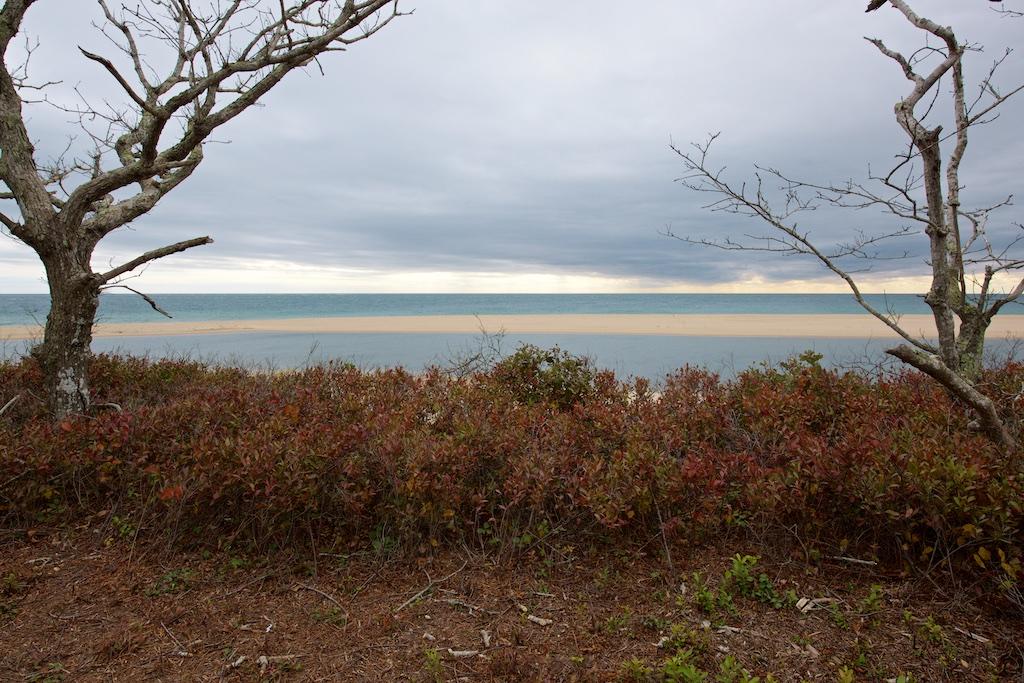 As is typical for him, he found himself interested in wildly different content looking out and in, a 180 degree metaphor for the external and internal lives we all lead. 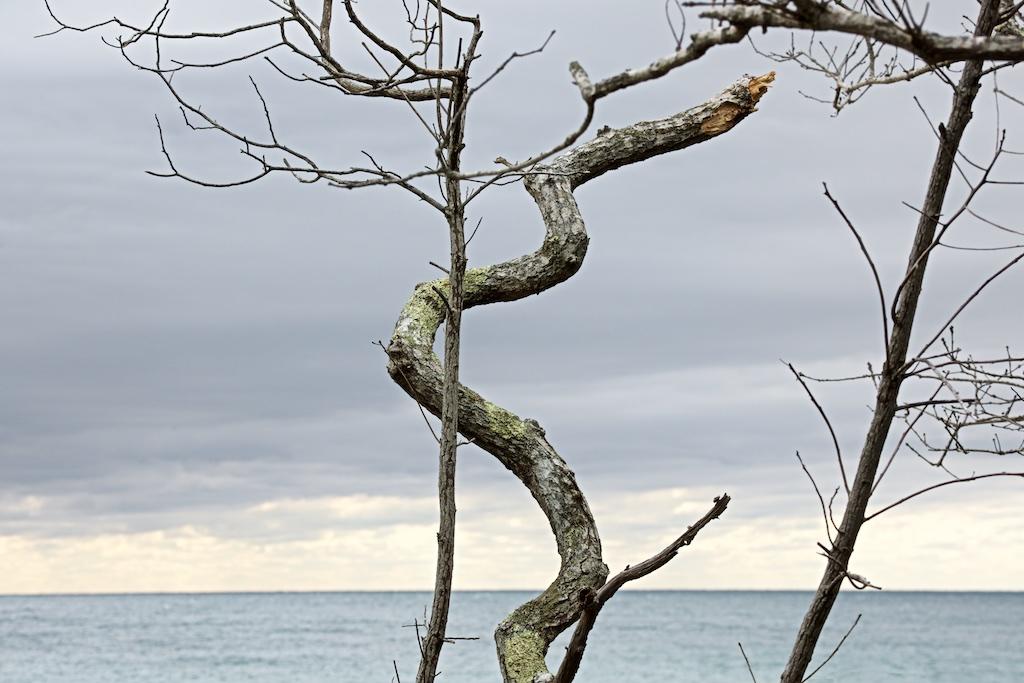 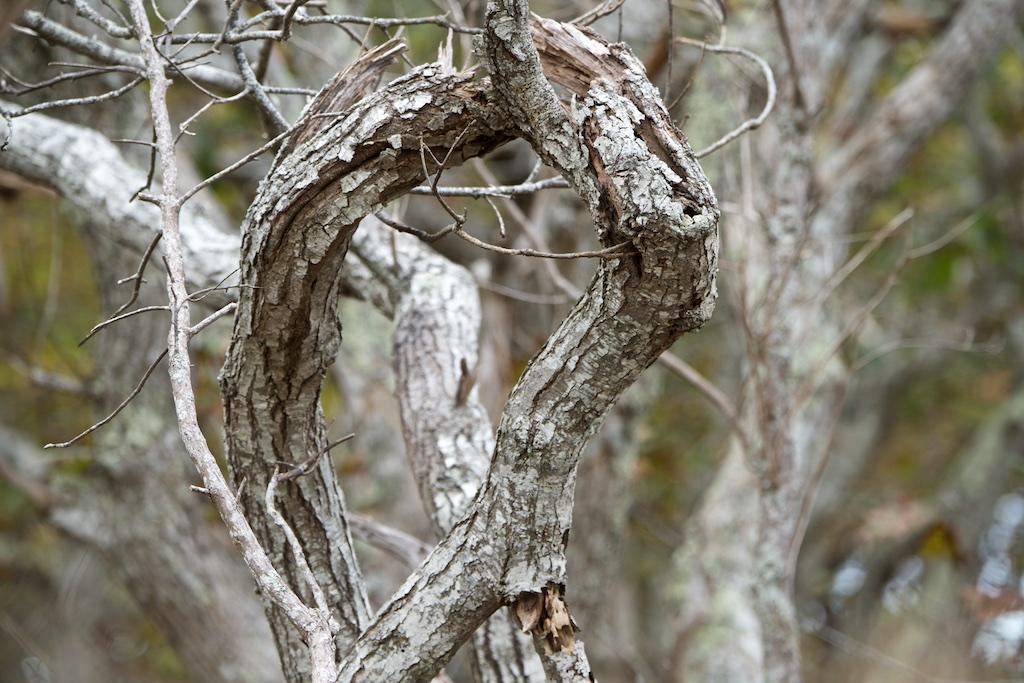 This work, some new and some now three years old, is forming in his head as a project that will look at a piece of island land both from the air and also on the ground. This will be his third such project, and seems surprising to him that this isn't done by others here. This sense one has of what the place really looks like from the air as in a kind of survey contrasted with what is perceived of the individual choices he makes as he works throughout the land on foot. One almost objectified and the other highly personal, almost intimate. The place versus his place. Like that. 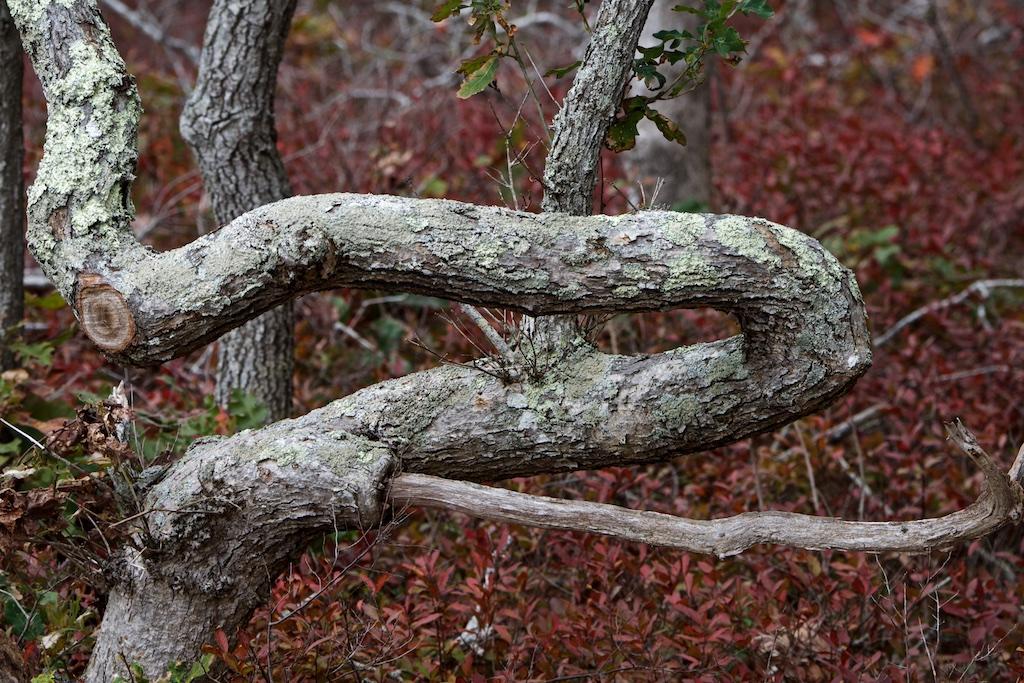 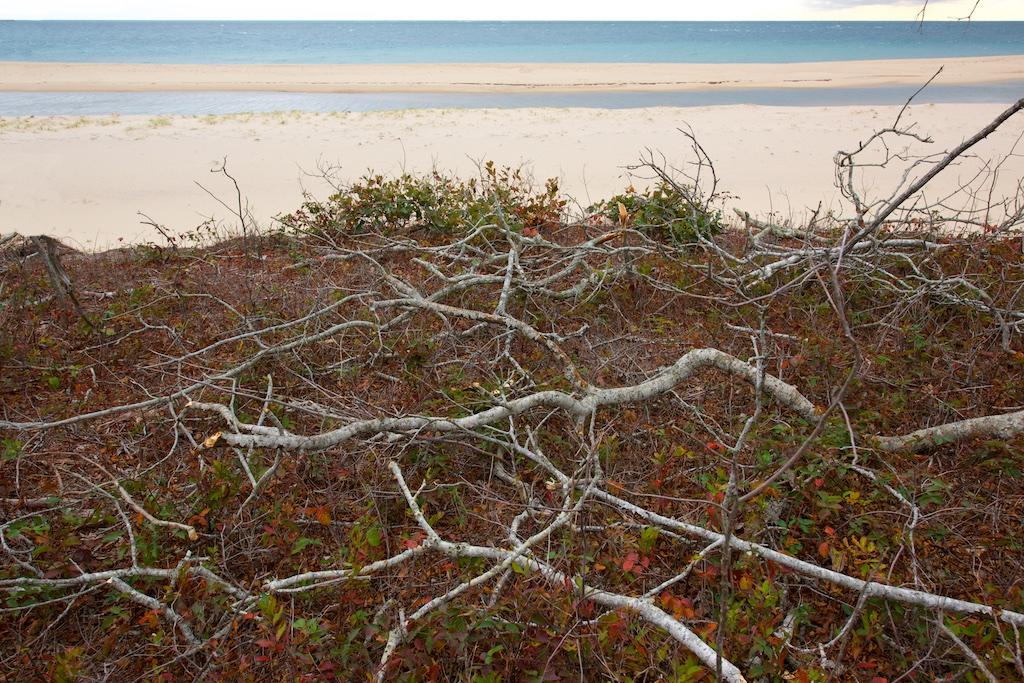 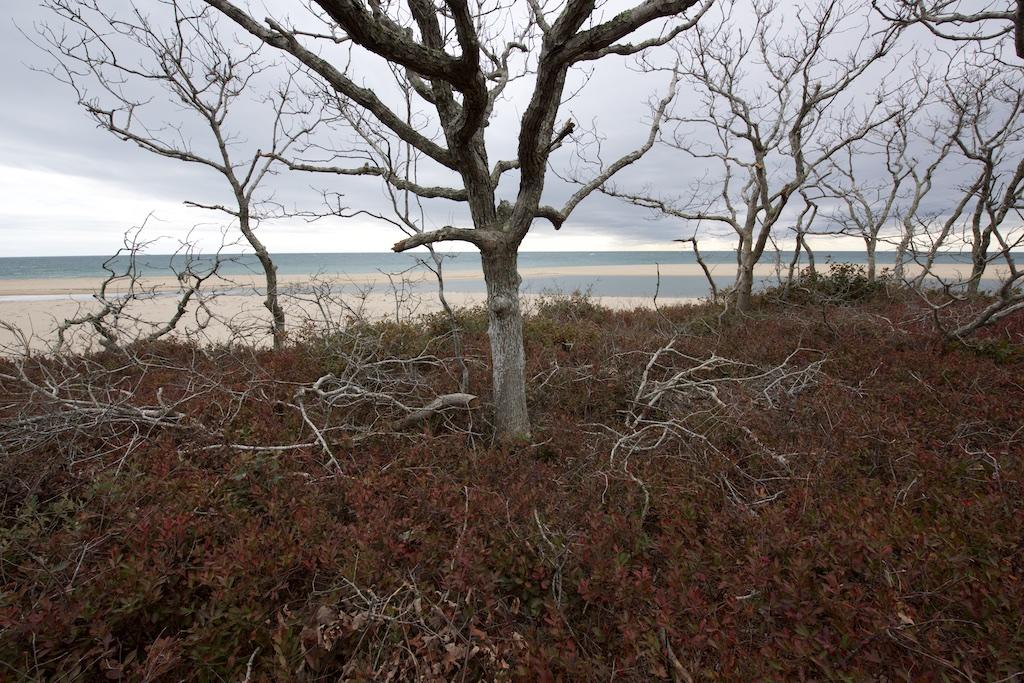 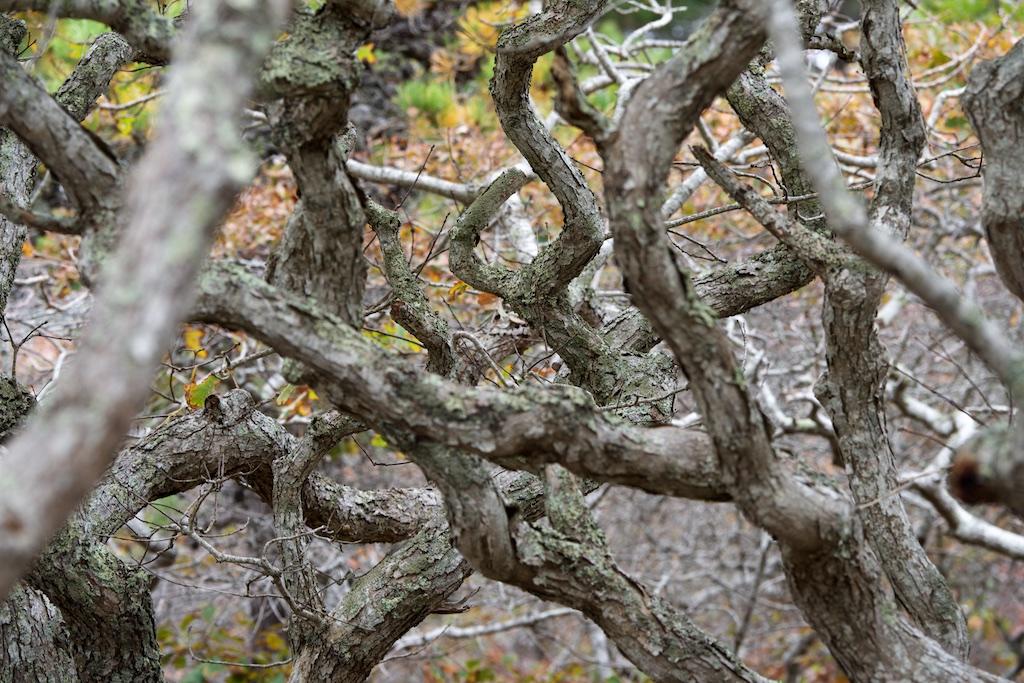 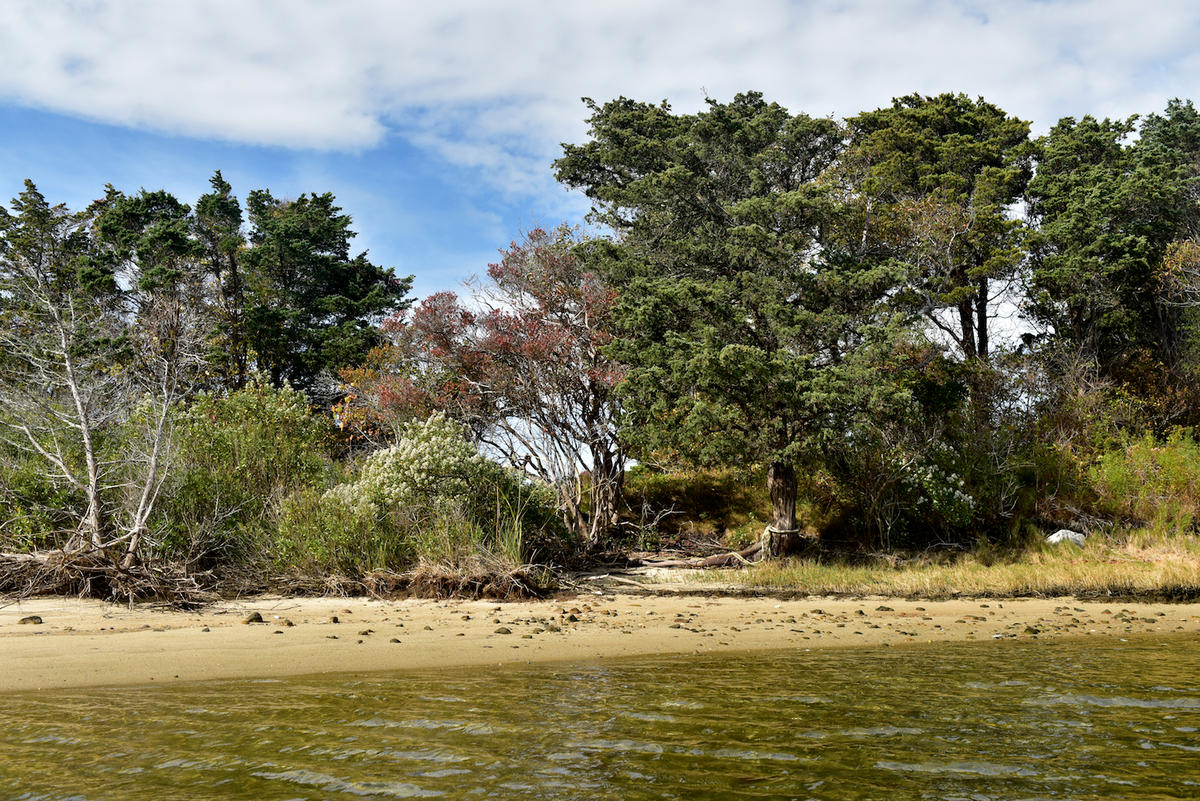 These two from a series in 2014 that looked at Tom's Neck from the ground (well, actually, from the water as he made these while in a kayak) and from the air. 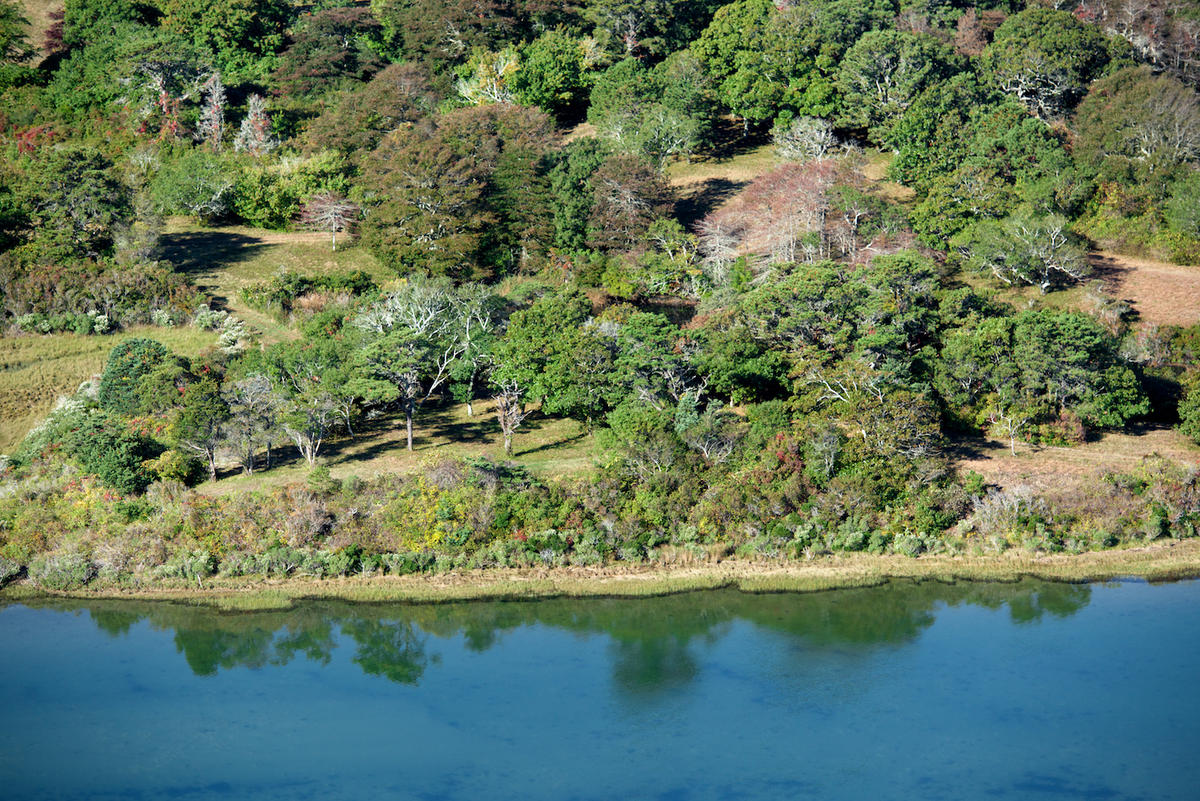 These are from the island of Chappaquidick near the Dyke Bridge.

The other project made here, the first, is: Spring and Fall

As he sits at his desk as the light fades from the day writing and thinking about these photographs and all his work made here on the island, he finds the challenge of making new work of this landscape to be difficult but also extremely rewarding. One of his teachers long ago, Aaron Siskind, who also photographed here, said to him that the place was only an island, meaning that you would inevitably run out of material here. The photographer has at times worked hard here and at other times not at all but he finds now there are still things to do on this island.

He is very fortunate to live at least part of the year in a place of such beauty and diversity.

He chooses to end with these, in black and white now, of the trees that fell and haven't yet been swept away by winter storms. And the last picture, forecasting a very different season approaching. 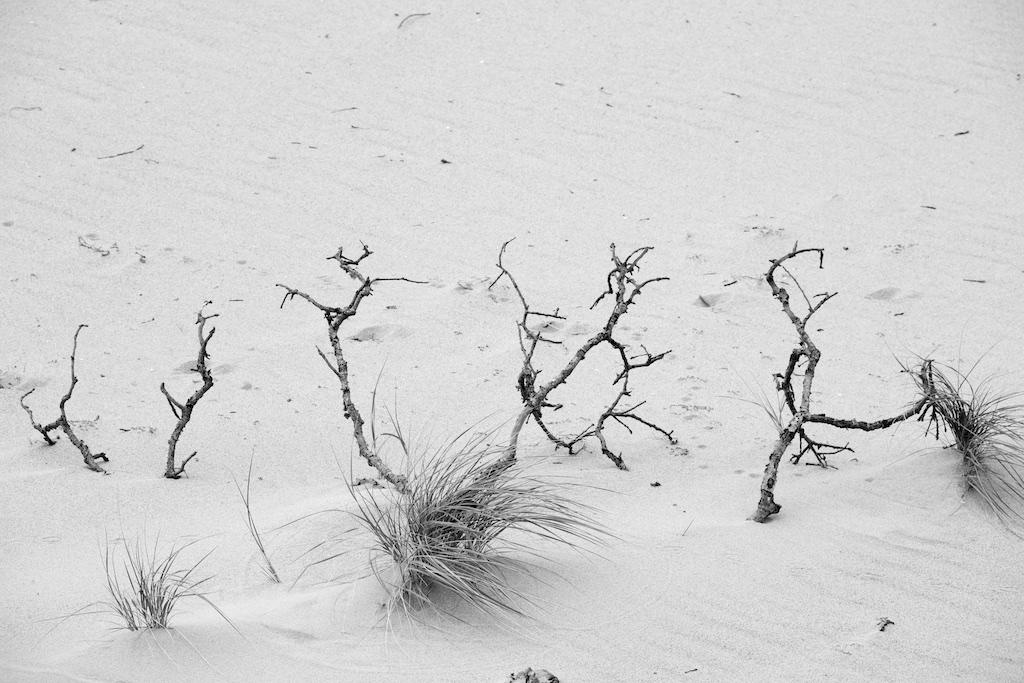 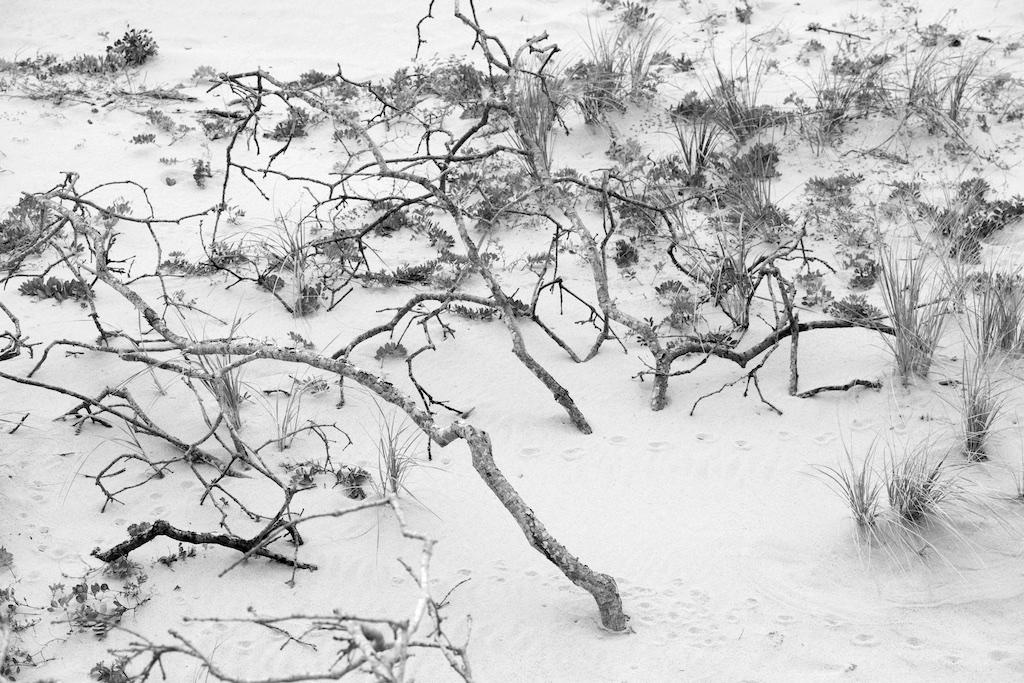 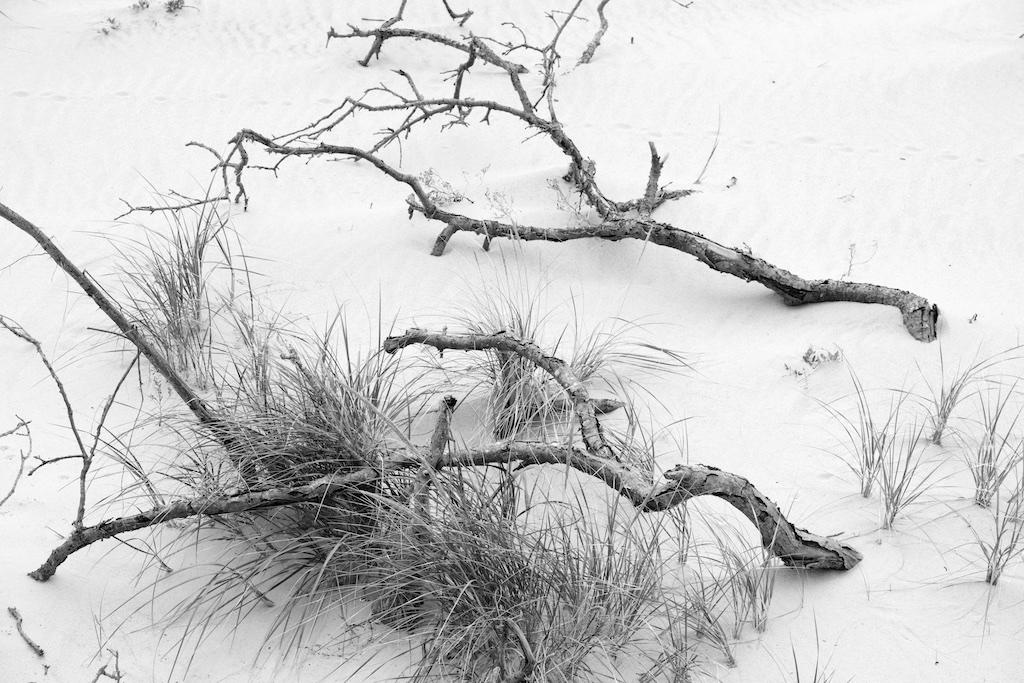 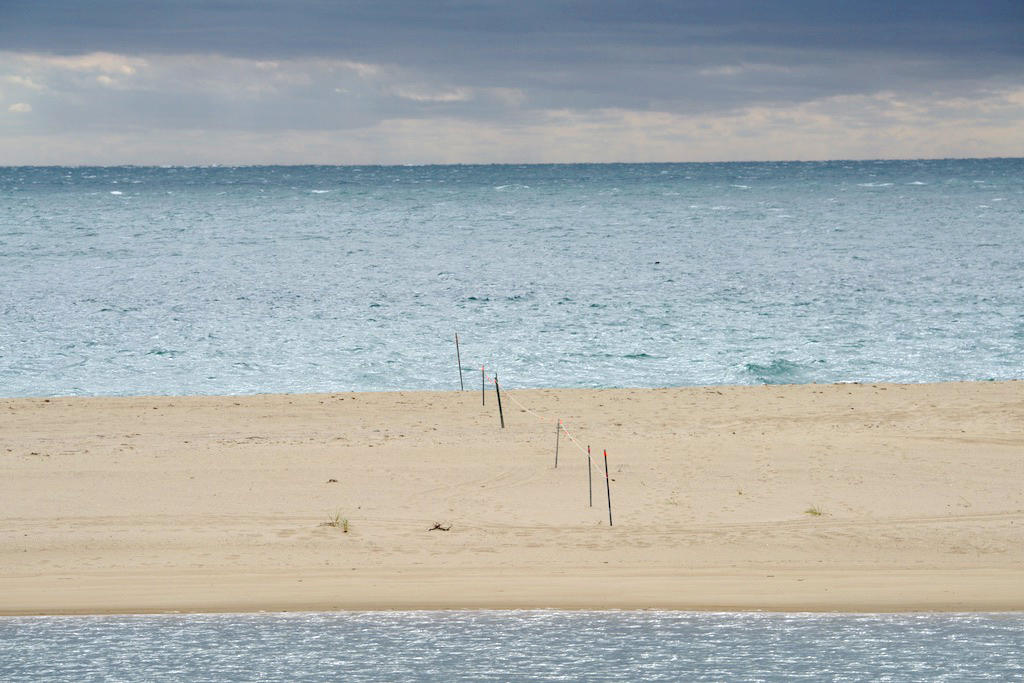 The photographer is represented by 555 Gallery in Boston. Please contact Susan Nalband, the gallery owner, with any questions about this work or any other by the photographer who happens to be named Neal Rantoul.

Of course you can always email me and I welcome your comments: Neal's email