I've produced a few bodies of work from the Salton Sea in Southern California. I'd suggest researching it if you don't know what it is. It is unlike anyplace I have ever been.

At any rate, my series from it, called Salton Sea 2 was made in 2013 while I was living in Yuma, AZ  for much of the winter.

The full series is on the site: here 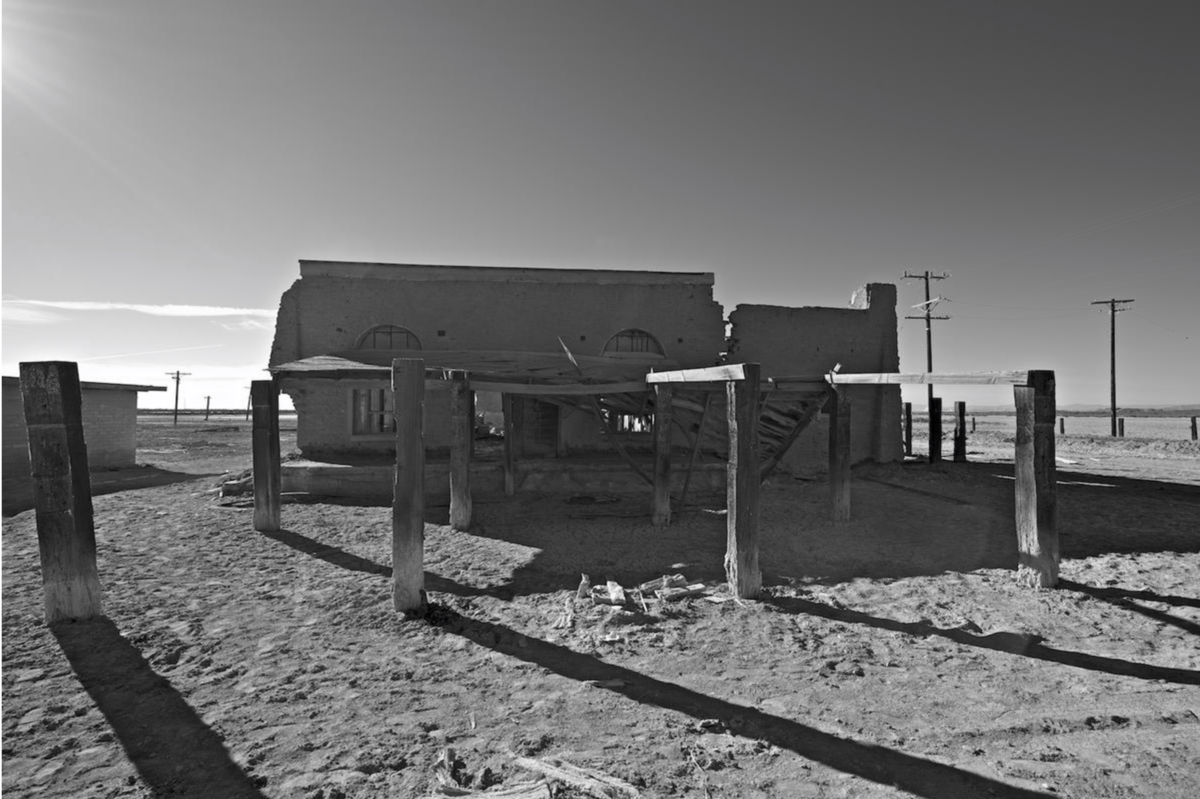 A defining photograph and a straight conversion from the color RAW file to black and white. This series is made with the Nikkor 14-24mm f2.8 lens. We will see its signature look later in the series. This is a "walk around" group of pictures, in that the sequence of the photographs is dictated by the path I took through this abandoned and desolate landscape. Note the sheer brilliance of the light. Bright sun and a cloudless sky were important as this helped to convey an otherworldliness to the photographs. What a severe photograph this is and so expansive, pulling back to a distant horizon in the dried out lake bed of the Salton Sea.

In post-production three months later I had a few decisions to make. What size prints would I make, what paper to print on, how contrasty the prints should be, but what really took time was the work to make these photographs reside as both black and white and color simultaneously. Gimmick? Too tricky? Perhaps, but let's not get ahead of ourselves. 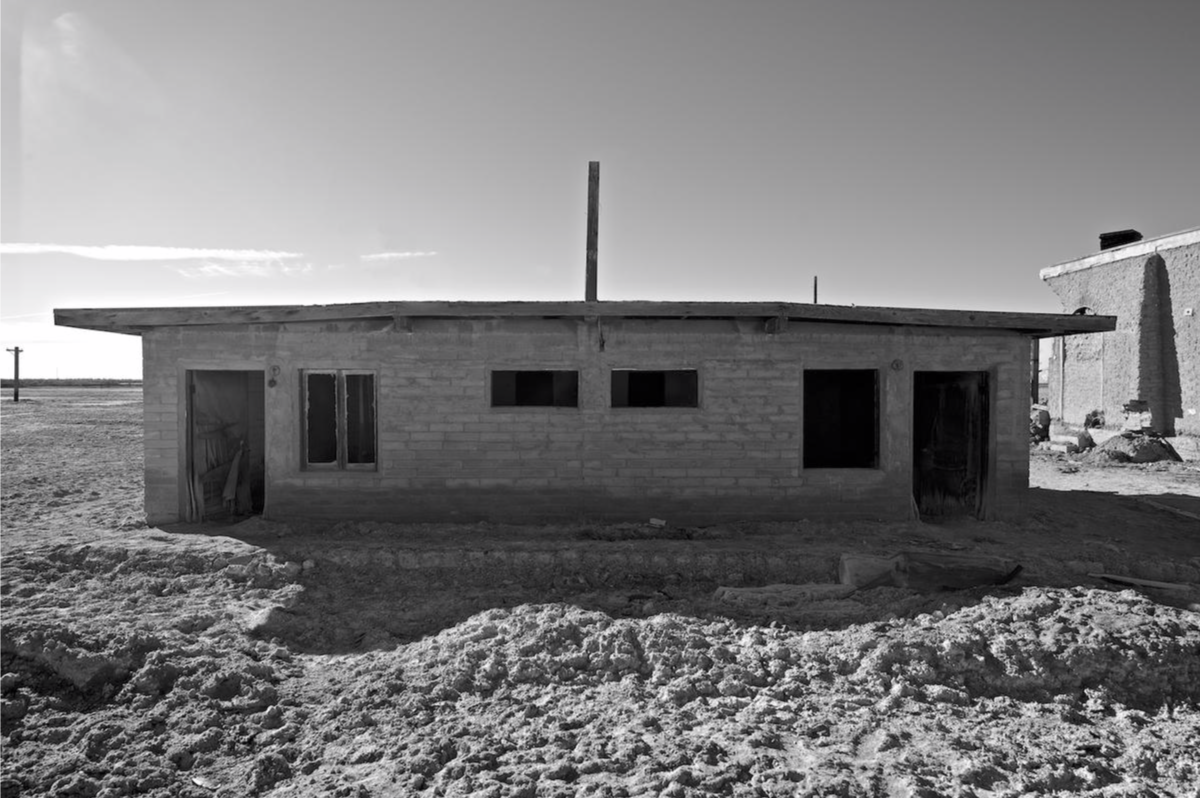 I have moved to the left and made a similar picture in structure to the first, although I have gotten a little closer. This time the lens flared in the upper left corner.  I am okay with that. I like the dark rectangles created by the busted out windows and doors. BTW: We will not see any life, any movement, anything living at all in the series. The Salton Sea is death. 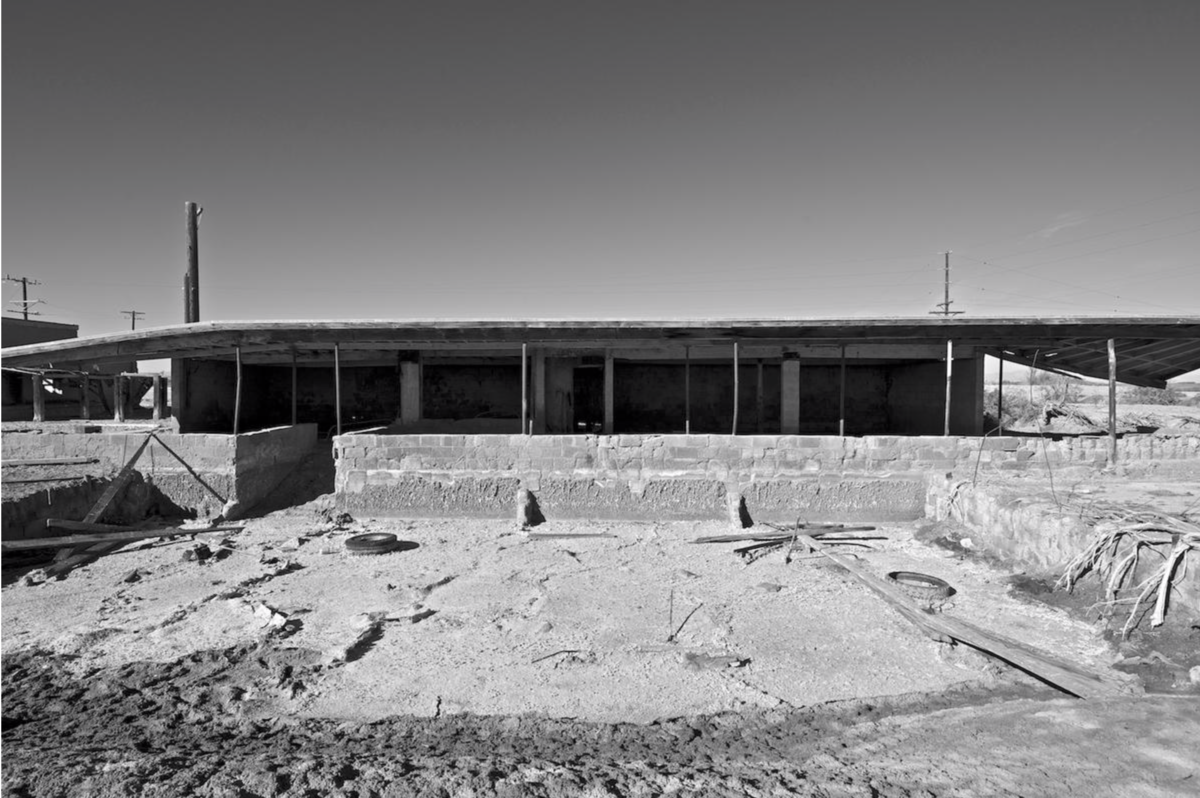 The same building now from in front, 180 degrees turned, sun at my back now but still working in the same language of these rectangles of blacks contained in shadowed areas. This is the first picture in the series that really shows us the extent of decay in the landscape. Next, we go to something different. 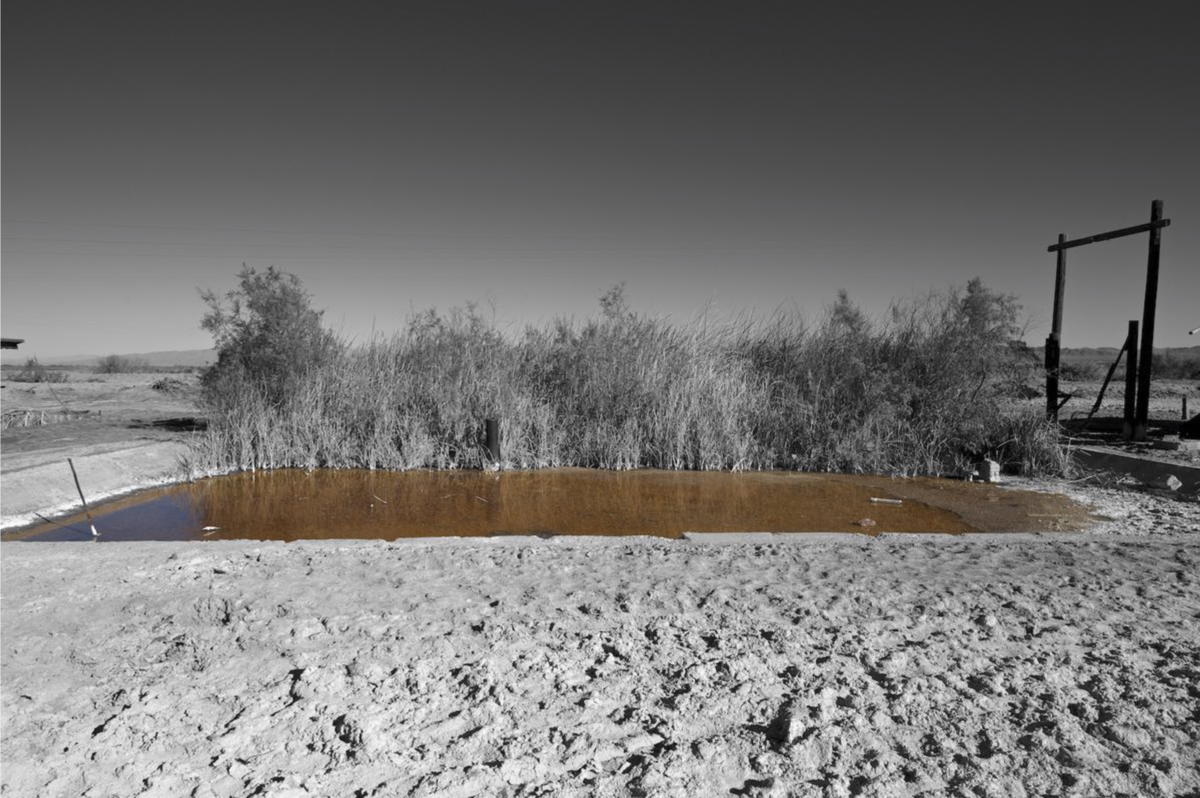 So, what's this, now? Rantoul gone off his meds? Well, maybe but this picture will establish a rule and we will adhere to that structure throughout the series until the last two pictures. Water, where it exists, will come through in color. Why? To drive home just how twisted this place is, to emphasize the polluted and fetid nature of what water we do come across, and to shock. Note: I did not alter the color of what water there was or push its saturation levels in the Salton Sea series.

We should stop here as this will be a multi-part examination of the Salton Sea pictures. But let me finish Part 1 by writing a little more of my rational.

Looking at the history of the medium as an artistic expression we see that in earlier years there was only black and white, then by the late 1920s, Kodak introduced color. Art was still made in black and white for many years thereafter, color was more for illustration and advertising. Along comes Stephen Shore (and Eliot Porter a little earlier) in the mid 70's and rocks the art world by making art in color with an 8 x 10 view camera in a manner similar to what Walker Evans had done in an earlier generation.  Now, we had two tracks, art in black and white and art in color, defined as distinct vehicles of expression. Never to mix, nor would black and white and color be shown together or even be in the same portfolio box together. There were color photographers and black and white photographers, color exhibitions and black and white exhibitions. You get the idea. Now, all that has changed.  We see both interchangeably. So, this series and another one called Grain Silo from the previous year use color selectively within the sequence of photographs. The tactic is to draw attention to the history by showing how so much has changed and to reference how we perceive photographs in the two manners, black and white and color. I believe that photography is, among other things, largely a comparative medium, one thing drawing attention to another and this is a device to do just that.