I know you've been holding your breath for the second installment on the Rollei SL 66 camera I wrote about last week. Well, here it is.

When I wrote Part 1 I said that the Rollei was a system camera, just as the Hasselblad was. But Rollei clearly was working to surpass Hasselblad with the SL66. Here's it is, dismantled a little to show you its various parts. 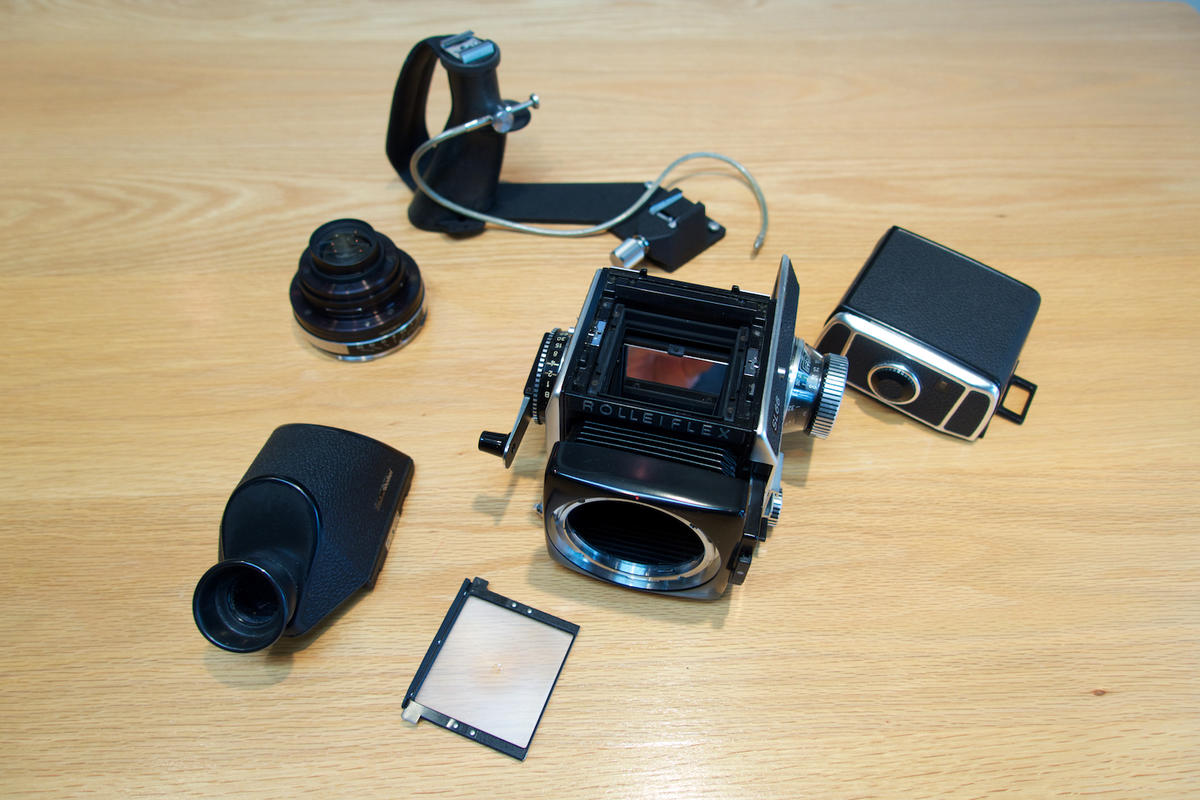 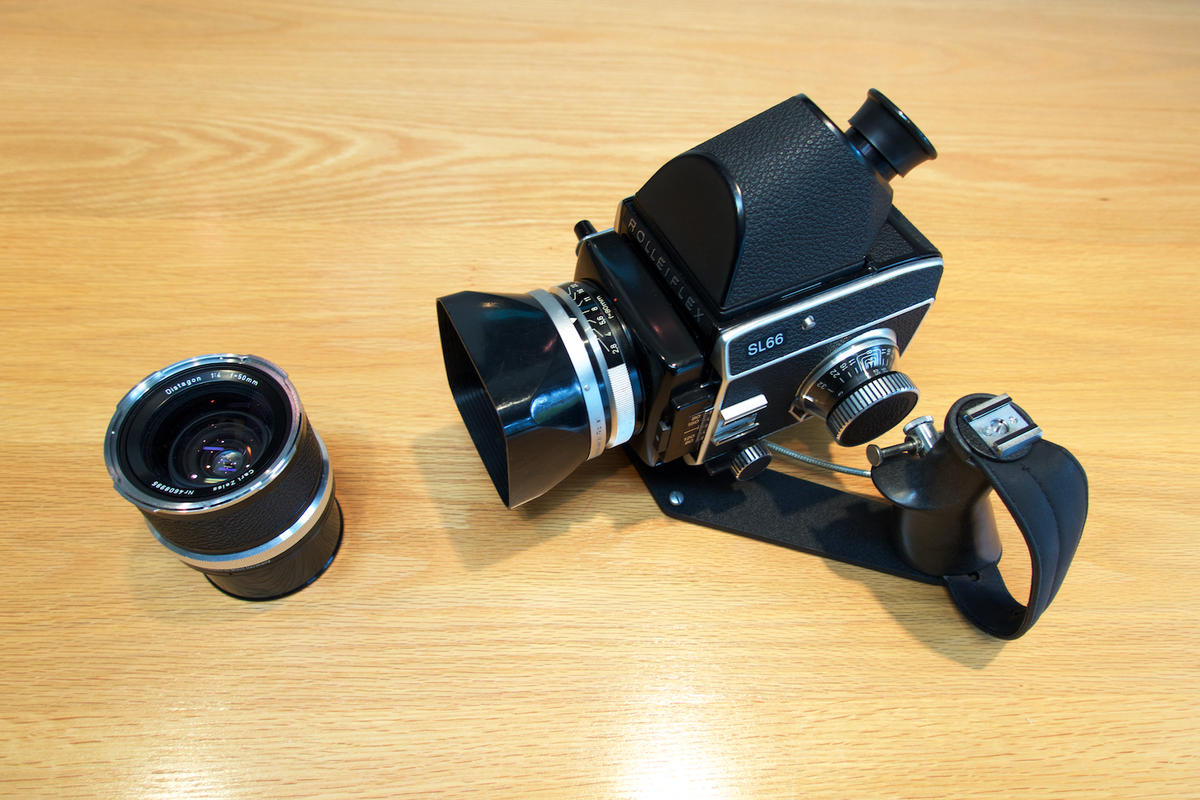 with the 50 mm Zeiss Distagon lens alongside. I didn't use the 50mm lens much as it was vastly inferior to the 80mm Planar that you see on the camera. The grip was nicely designed as you could focus as well as operate the tilting lens function with your left hand while steadying the camera and advancing the film with your right. You can see the cable release on the handle of the grip as well. This allowed tripping the shutter with the left hand. Many people almost never hand held this camera, but I did. I would wear a Pentax Spotmeter on a strap around my neck as the Rollei had no meter.

Actually, over the years I used two Pentax meters. I used one of the earlier ones for years, with a very nice Zone VI scale glued on it to show the Zones. That was fine, if large, until I was shooting one day in Portland, Maine on a bridge high above a road below. I distinctly remember leaning over the railing and watching the meter float down to the pavement underneath the bridge after it slipped out of my hand. It exploded into many parts just before it was run over by a truck.

By that time Pentax made a newer meter.

Which served me well over many years. It was ridiculously expensive and tended to eat batteries but was accurate and smaller than the first one.

I can remember Ansel Adams standing in the woods holding an SL 66 in an ad for Toyota, saying that for every visit to a Toyota dealership you made the company would plant a tree. This must have been in the late 70's or early 80's as Ansel died in 1984. I don't remember ever seeing Harry Callahan with the Rollei, although I know he was using it (along with the Hasselblad Superwide) when he was making his Cape Cod pictures.

Other photographers I knew that were using the Rollei? Well, Aaron Siskind was very loyal to the camera in his later years. Both he and Harry came from decades of using large view cameras and were looking for something smaller and roll film based to make their pictures with. I believe Aaron always used his on a tripod. I borrowed his 120 mm lens occasionally. Closer to home my friend Fred Sway bought and used one. Fred had hired me to teach at NESOP (New England School of Photography) in Boston in the mid 70's. He was the director of the school. He and I made pictures one spring in Bermuda with ours, staying at a student's guest house. And lastly, Robert Goobler, now long gone, had become a close friend when we were graduate students at RISD. He lived in Toronto and taught at Ryerson. Rob bought one and we did a cross country trip together shooting with our Rolleis. I believe Brett Weston used a Rollei SL 66 as well. Brett was Edward's son and is famous (infamous?) for burning all his negatives before he died.

The Rollei had a built in bellows, allowing it to focus very close. It also had a guide on the left side 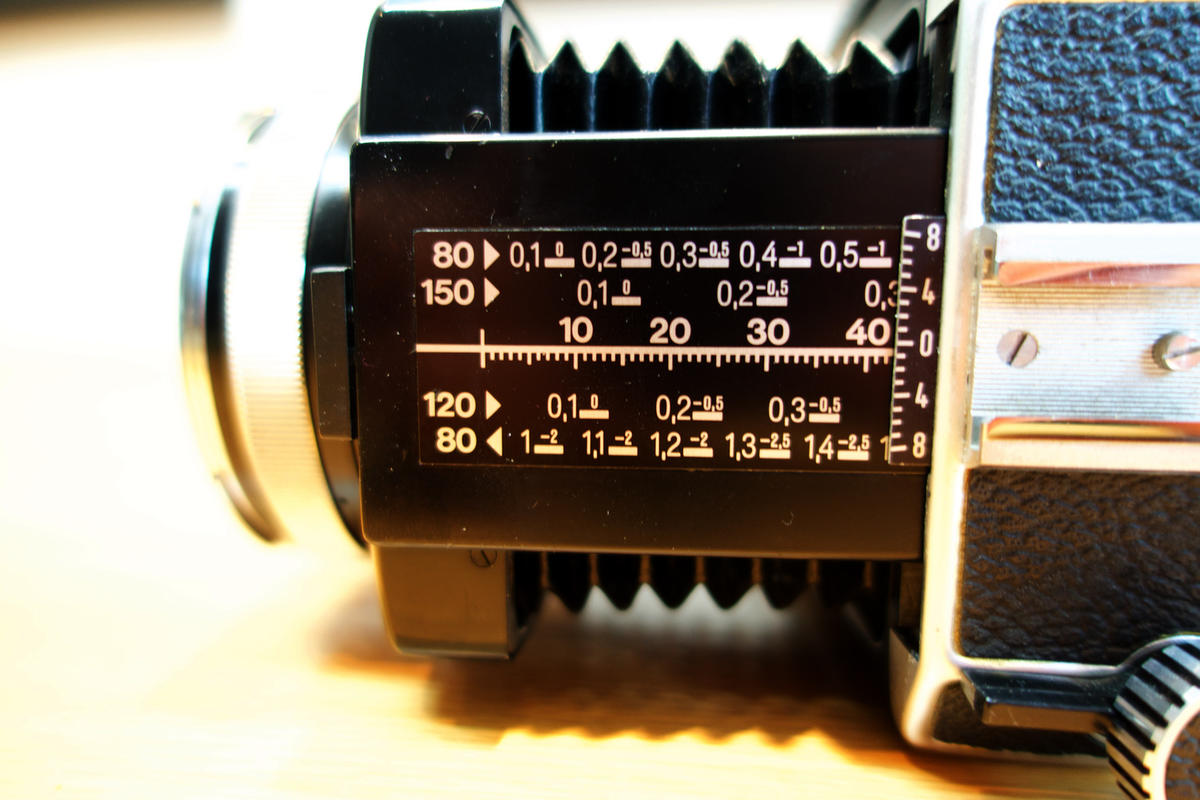 that acted as a calculator to tell you how much exposure to add to compensate for the lens being so far from the film plane.

Lastly, the cameras were a little finicky. I remember being out one day in downtown Providence with mine after I'd fixed its focusing issues (see Part 1 ). I wanted the subject to be in parallel but it was up higher so turned the camera upside down to frame a storefront window and held it high above my head. When I tripped the shutter I heard a slight "click", but no "thunk" noise of the mirror going up and down. The camera was profoundly jammed and had to go back to Rollei for corrective surgery.  Do not, I repeat, do not ever take a picture with a Rollei SL66 upside down.

The Rollei was not my first foray into high quality photography, the 4 x 5 was, but it was the most profound as I made countless pictures with it that communicated my ideas and feelings and growth as an artist faithfully and beautifully. I used the camera to make my MFA thesis work in 1973, 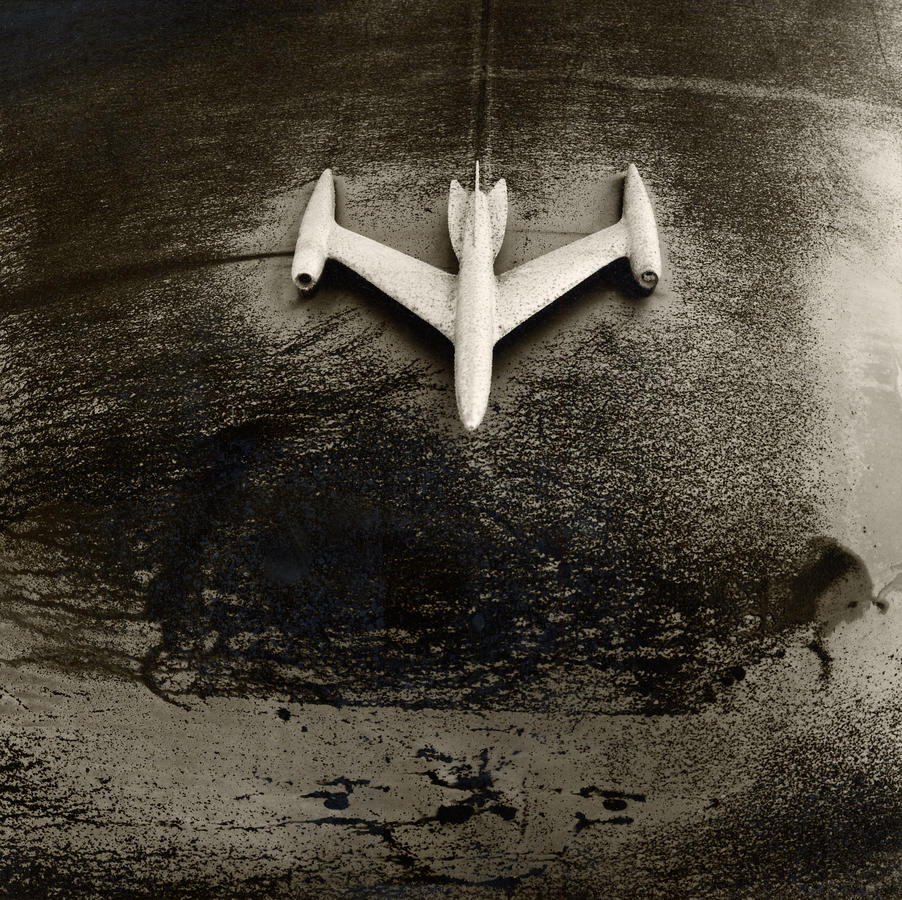 which was a series of pictures made in junkyards.

The Rollei SL66 was a camera made to be many things and was, perhaps, a design ahead of its time. It was a technical tour de force and a superb tool for making pictures. Even though I no longer photograph with it, I am keeping mine for there is a great deal of history in the Rollei SL66 for me.