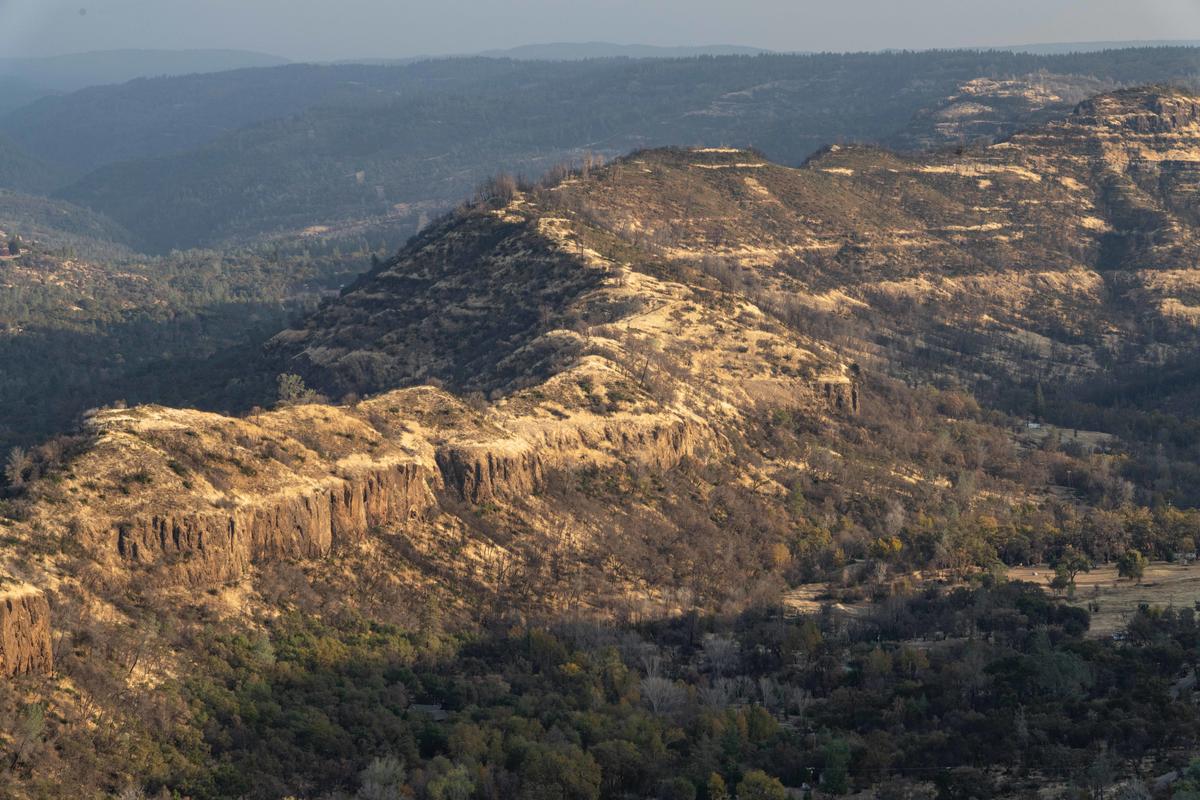 So, I've been at it a few days, photographing the remains of a whole town: Paradise, California.Though I am now here a year after the Camp Fire, the damage is no less impressive for there is so much, the extent of the fire so massive, that I still find it difficult to comprehend. 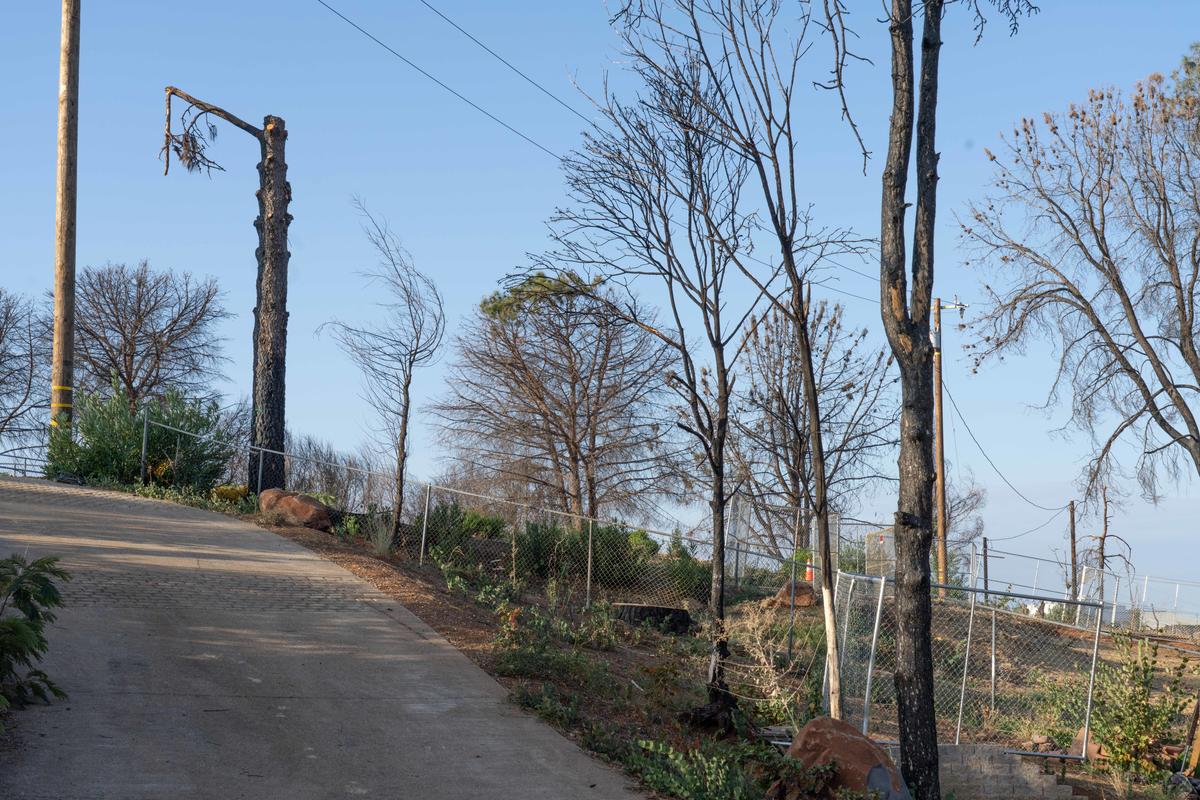 I drove farther east the other day, up through Paradise to the small town of Magalia, closer to where the fire started. Here the fire was spotty, some areas untouched just as some are a total disaster. 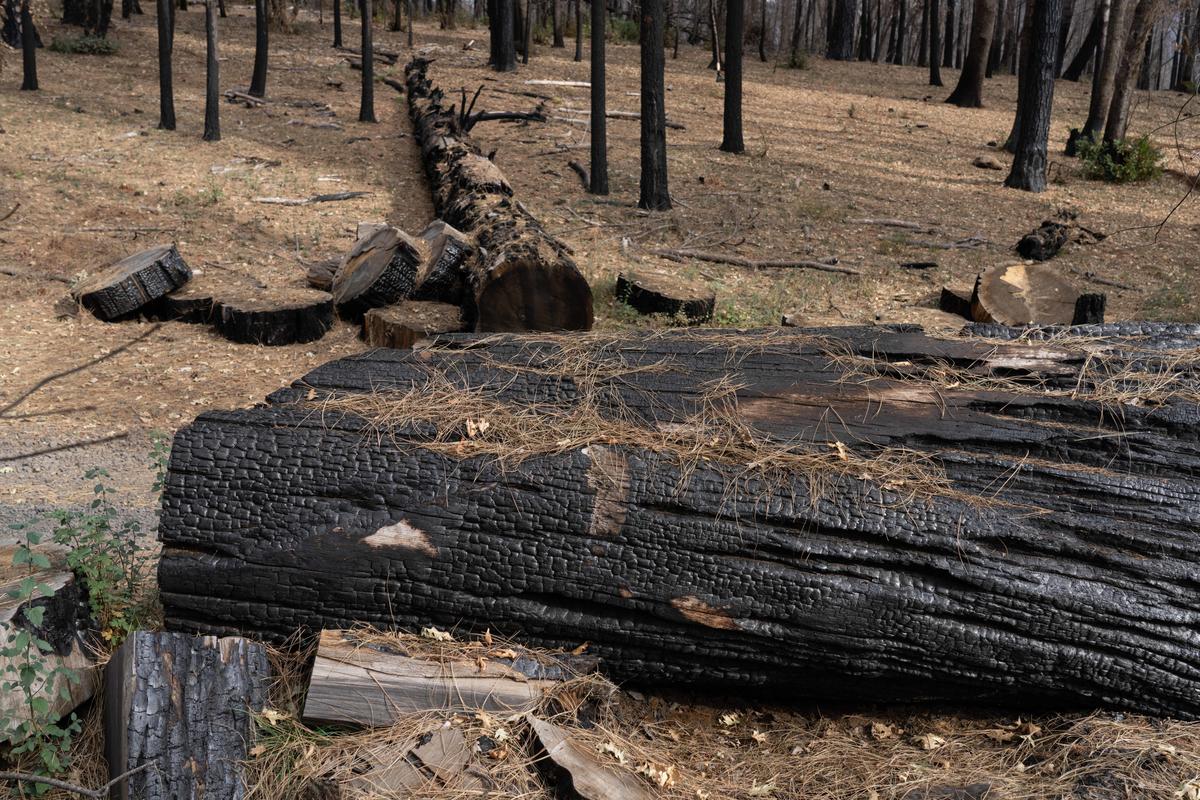 Trees are a powerful indicator of what that day in November 2018 must have been like. 50 mph winds pushing the fire ahead, throwing embers into the air, flames being fanned at times moving horizontally, trees on fire and singed then blown out as the firestorm moves on. 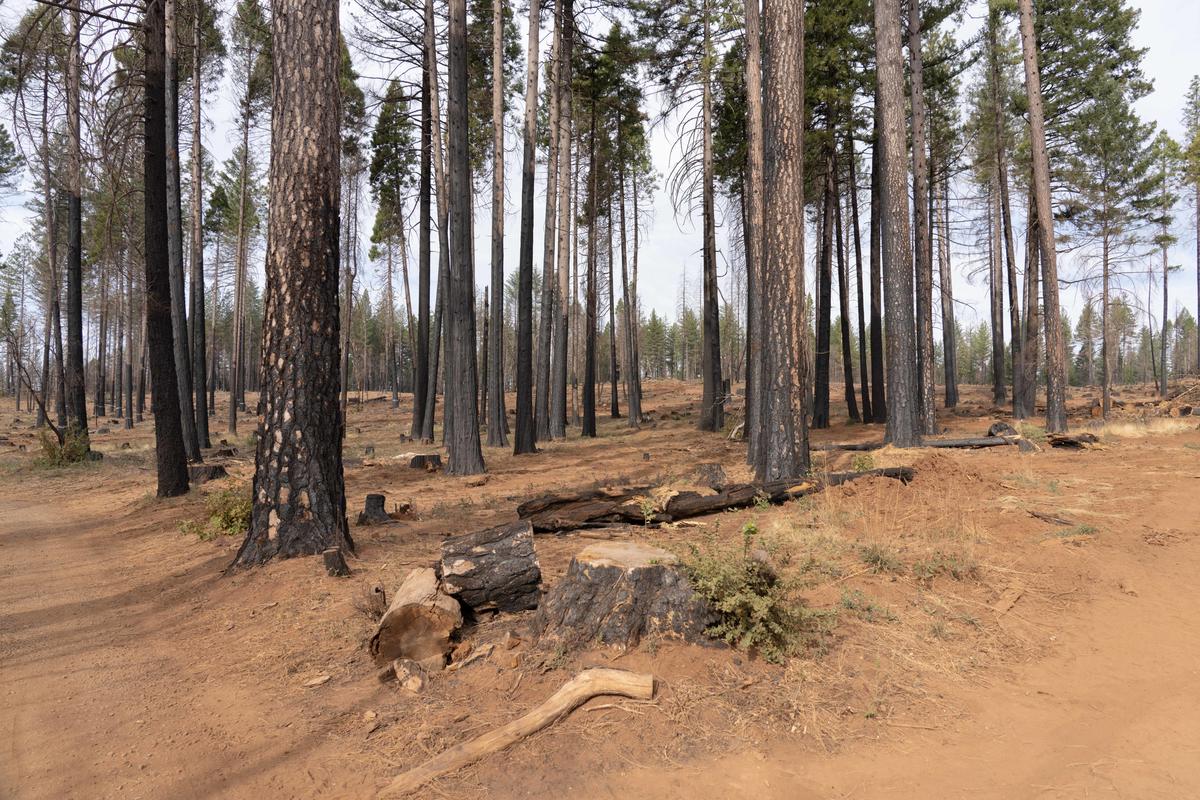 As I drove farther east up the ridge into the Sierras, the country opened up and became less inhabited.

I used a long lens to reach across the valley so I could describe for you how this fire behaved, its random nature hitting a stand of trees, only to move on and leave large areas untouched. 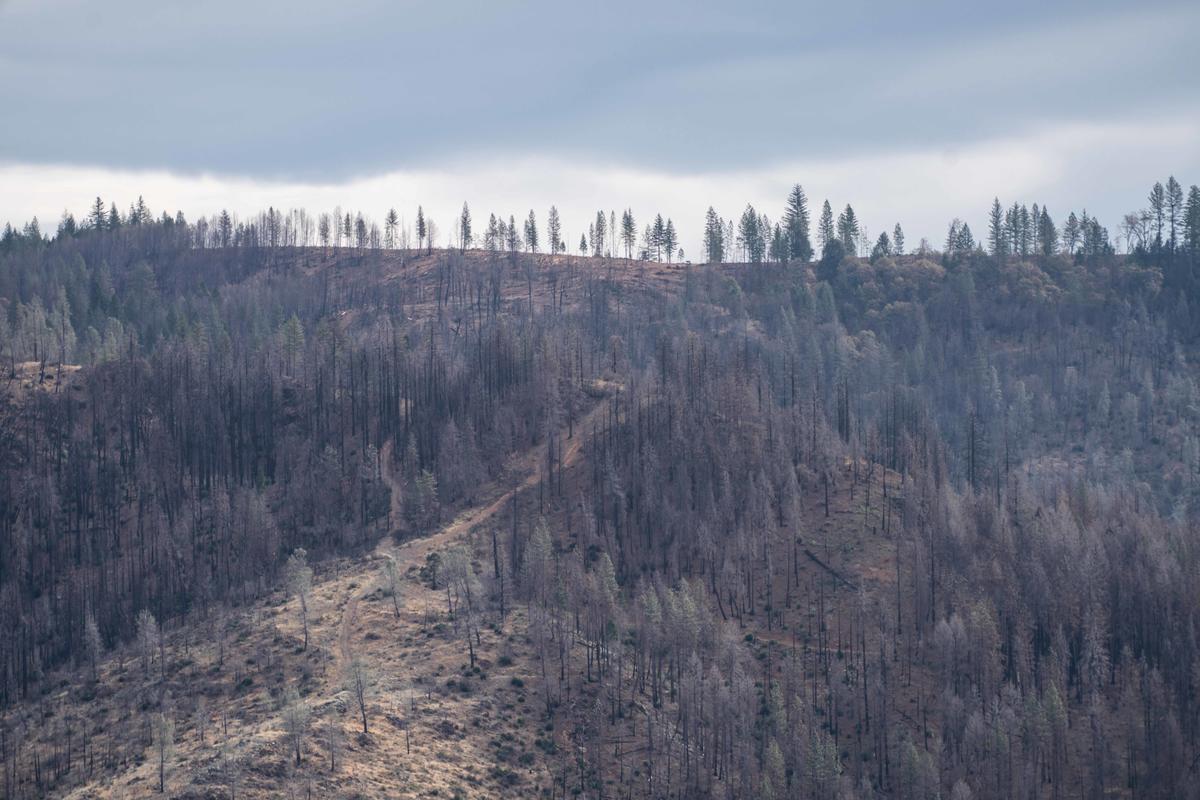 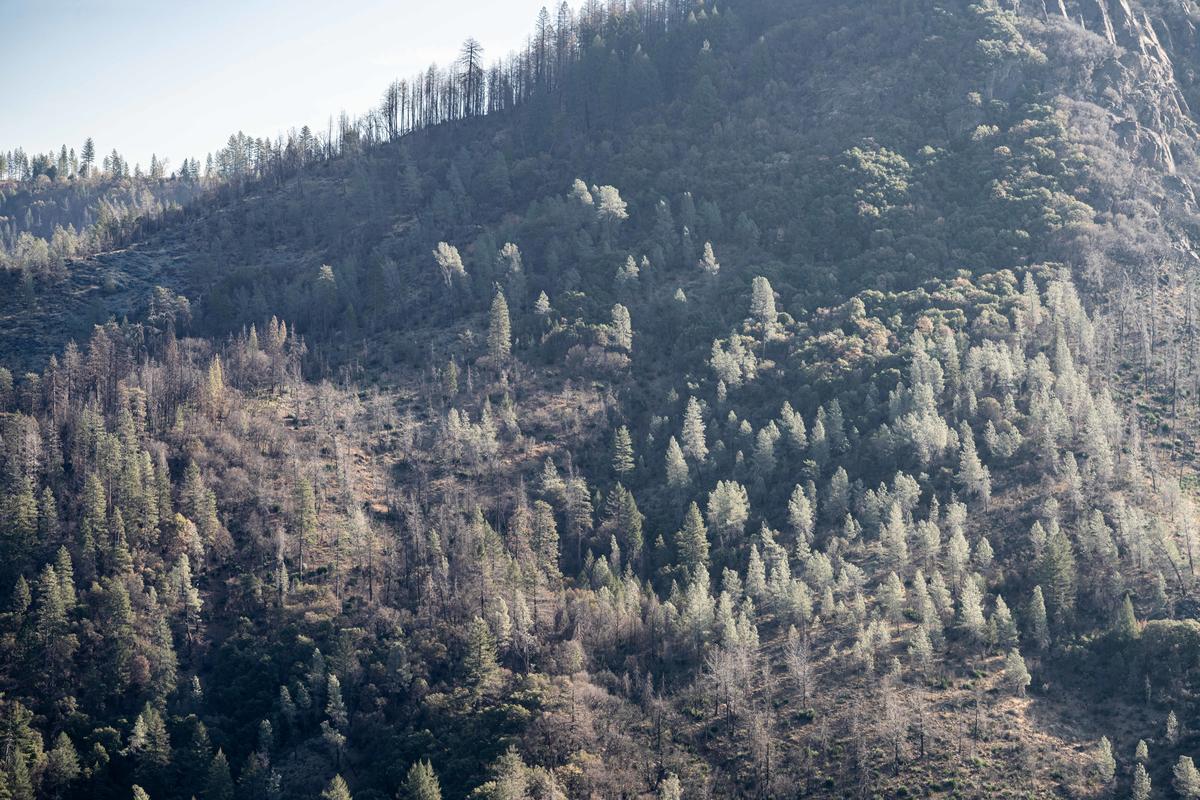 Getting lunch yesterday at a Taco truck (there are no restaurants open yet in Paradise), I spoke with an older man who lives in Magalia. He and his wife had evacuated east the day of the fire, away from Paradise, as the route down the main street called Ridgeway was blocked and people were gridlocked in their cars not able to get clear. He told me he left that day and wasn't able to get back to his home for six weeks, much of that time having no idea if his home was still standing or not. His home was untouched.

I also spoke with Robert, who lives on his property in town in a trailer as his house no longer exists. The day I spoke with him he was hoping to get electricity as he's been without for the past year. He said he will rebuild as he has nowhere else to go. He was carrying a sidearm and explained that looters have been a problem.

Most of the empty lots are sprayed with a kind of cover, much like what we see when a construction site is reseeded with grass. 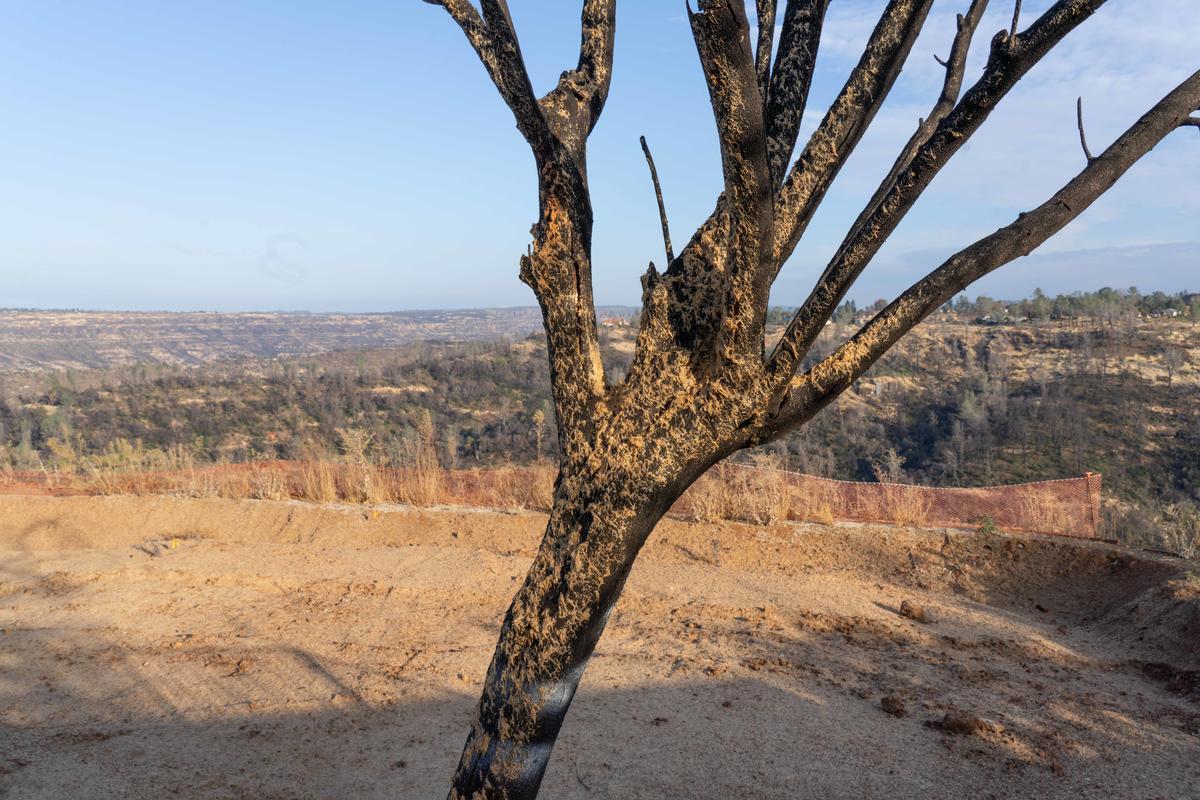 This below from Ridgeway on the way down to Chico. 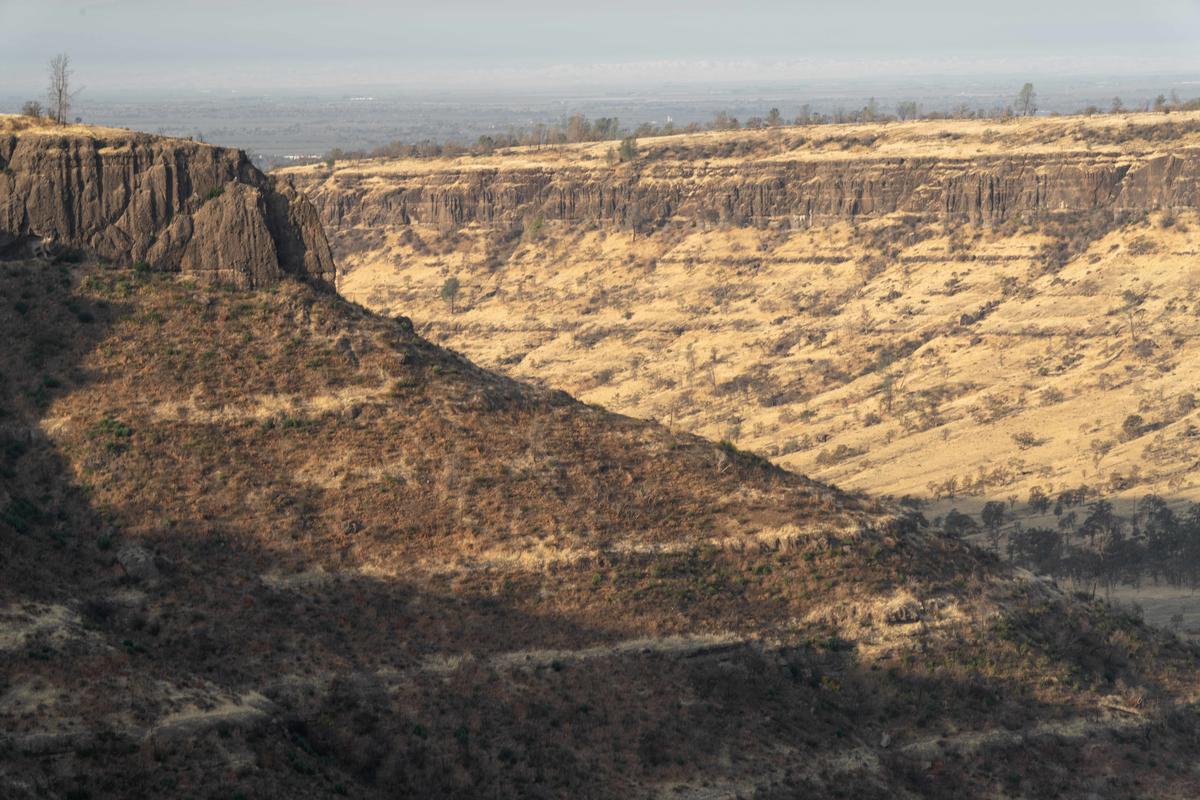 I've got one more day here in Chico and will spend it finishing up in Paradise, retracing my steps to make sure I've got all I need. Then tomorrow I head to Healdsburg to see what the Sonoma area looks like, the site of the Kincade fire in October.

Going Back to Paradise