This is the s second post on pictures I made this past week at the Museum. Post No. 1 is here.

The next group of pictures will be a little harder to deal with. If you're squeamish about photographs of human and animal remains perhaps you should stop here.

By the afternoon of Day One I was pretty well finished with photographing things in the public area. I asked Brian Spatola, the Museum's Lab Manager, if there were specimens in storage that I could photograph.  After some thought, he agreed that I could. This is a National Museum, meaning that the place is there for us as citizens of the U.S. The Museum is on an Army Base and is under the control of the Department of Defense, so there were many procedures we had to follow. One of them meant we had to move each specimen out of storage on to a cart, roll it out to the  public display area to photograph it, then roll it back again.

Over that afternoon and the following morning we did just that many times. 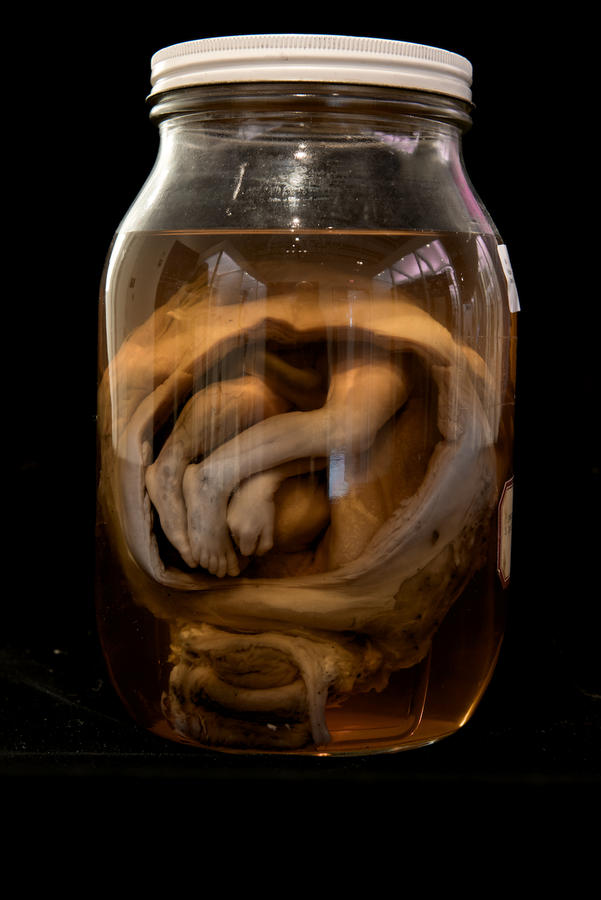 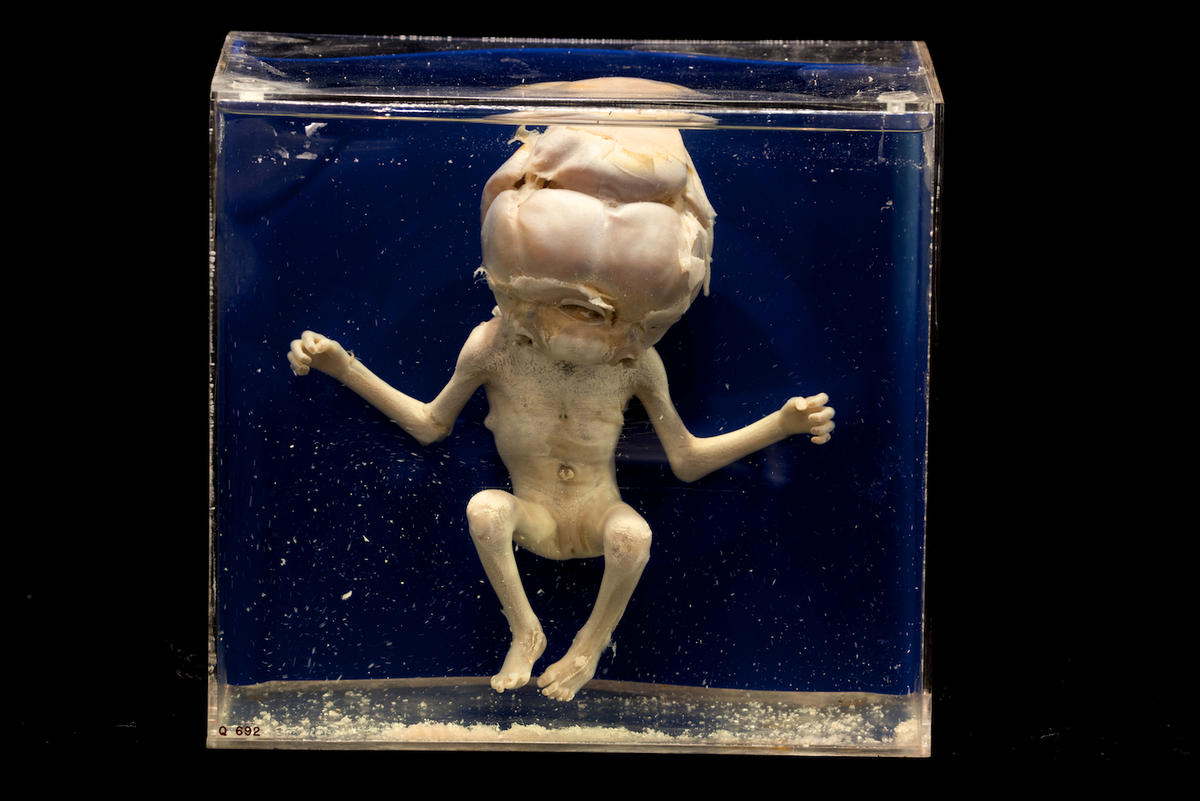 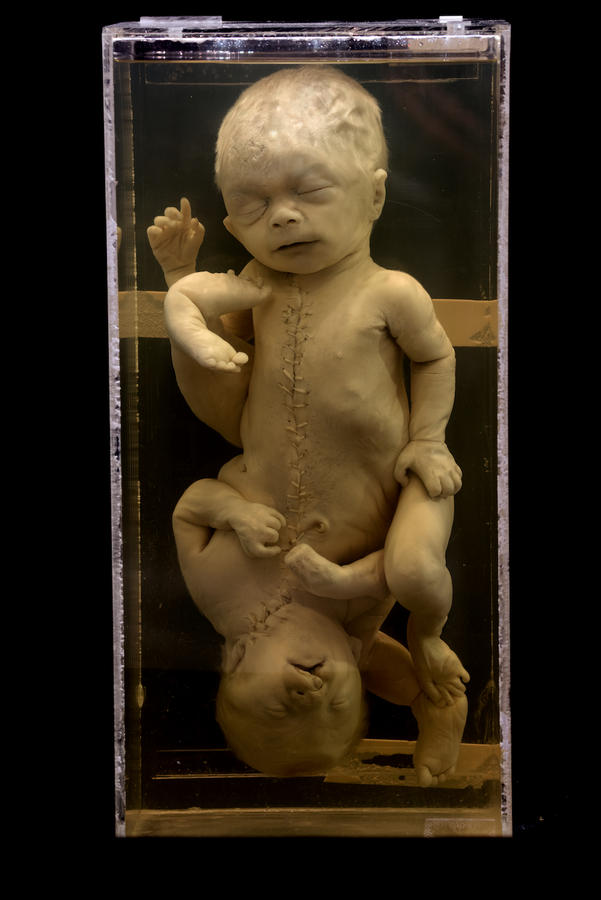 Gretchen Worden, the former head (now deceased) of the Mutter Museum in Philadelphia told me one of the times I was there photographing, that these preserved deformities and abnormalities are very simply a part of life and not something that should be closeted away or things that we should be denied access to.

Here are Cailin and Amy, my two helpers at the Museum standing next to the cart they used to transport the specimens back and forth: 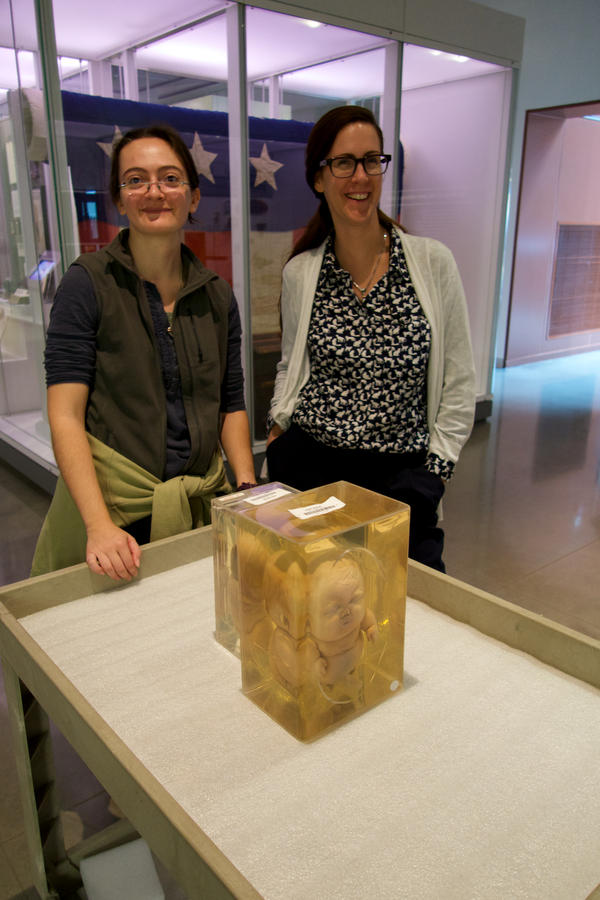 And here is one of the objects on the cart: 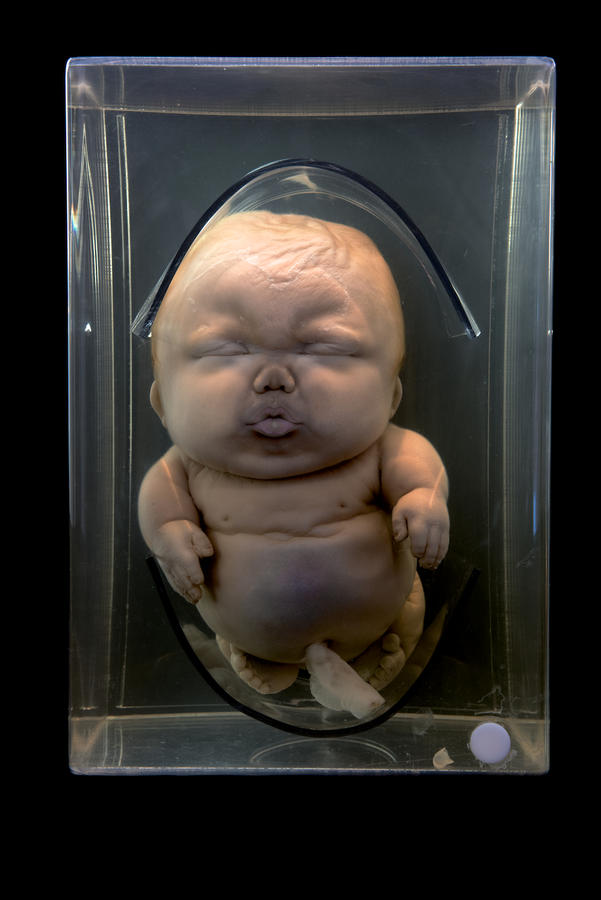 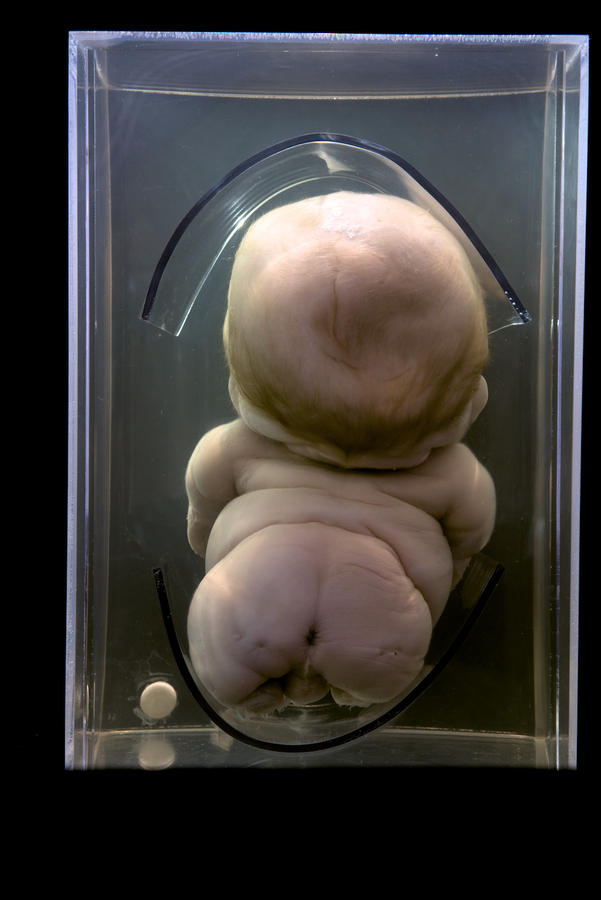 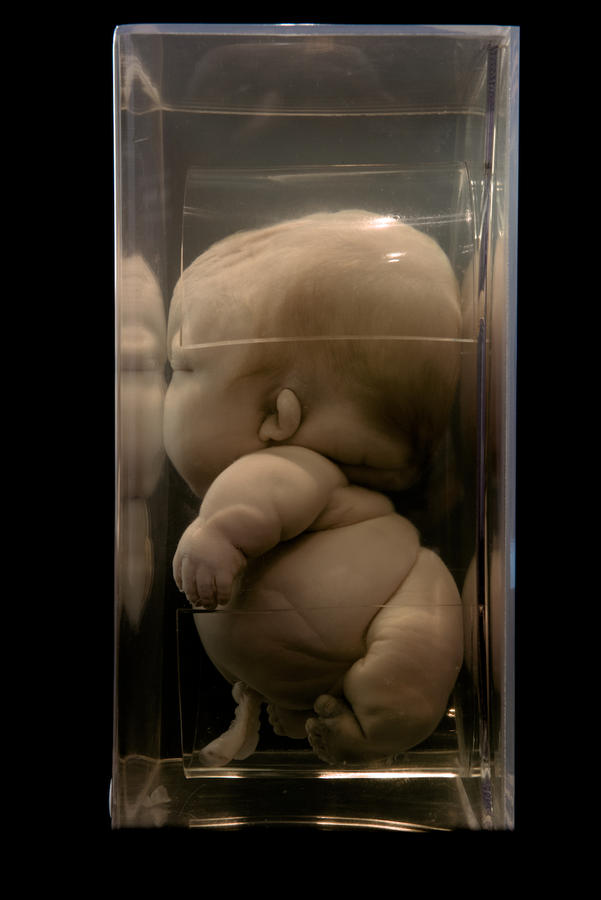 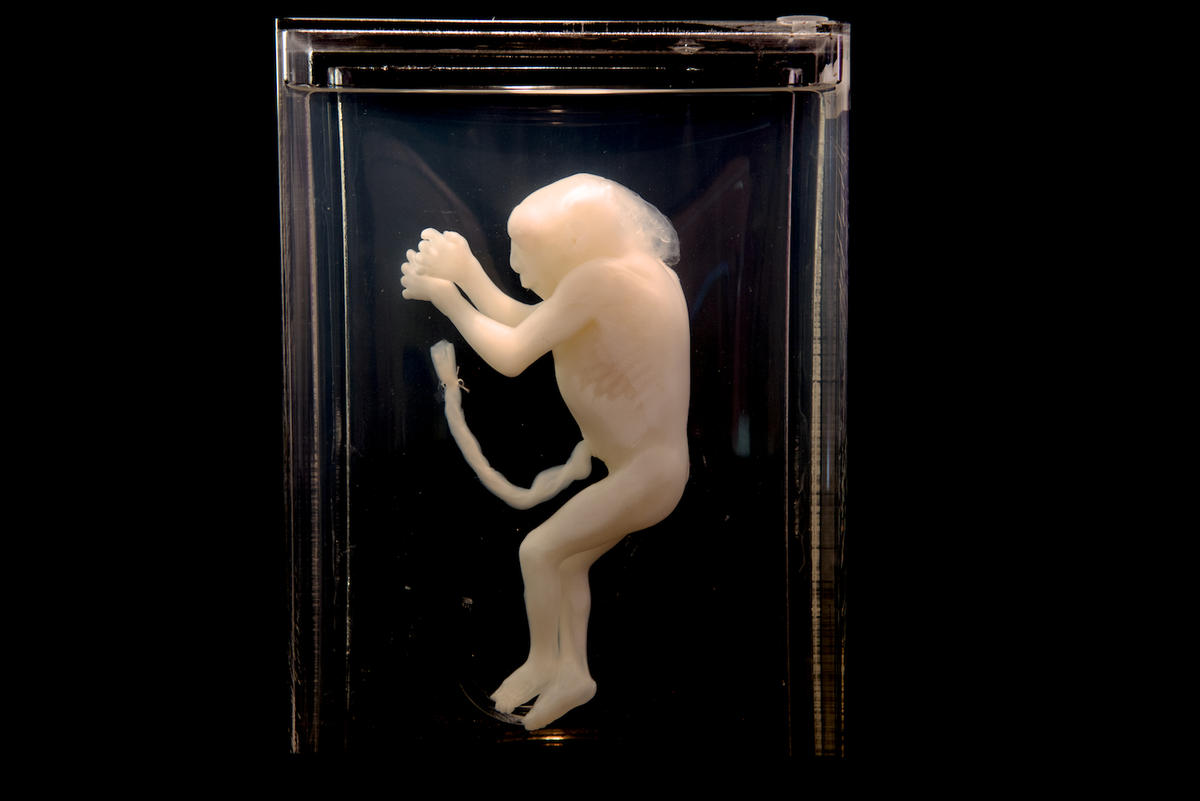 By noon on Day Two I was done. The staff needed to get back to their jobs and I needed to get home. I said my goodbyes, packed up the car with my gear and drove back home. About 7 hours after leaving the Museum I found myself in a below average restaurant south of Providence, sitting at the bar having a beer and a bowl of chili. The last frame in my camera, after shooting at the Museum for two days, is this I made as the sun went down from the parking lot in Coventry, RI before I went in to eat: 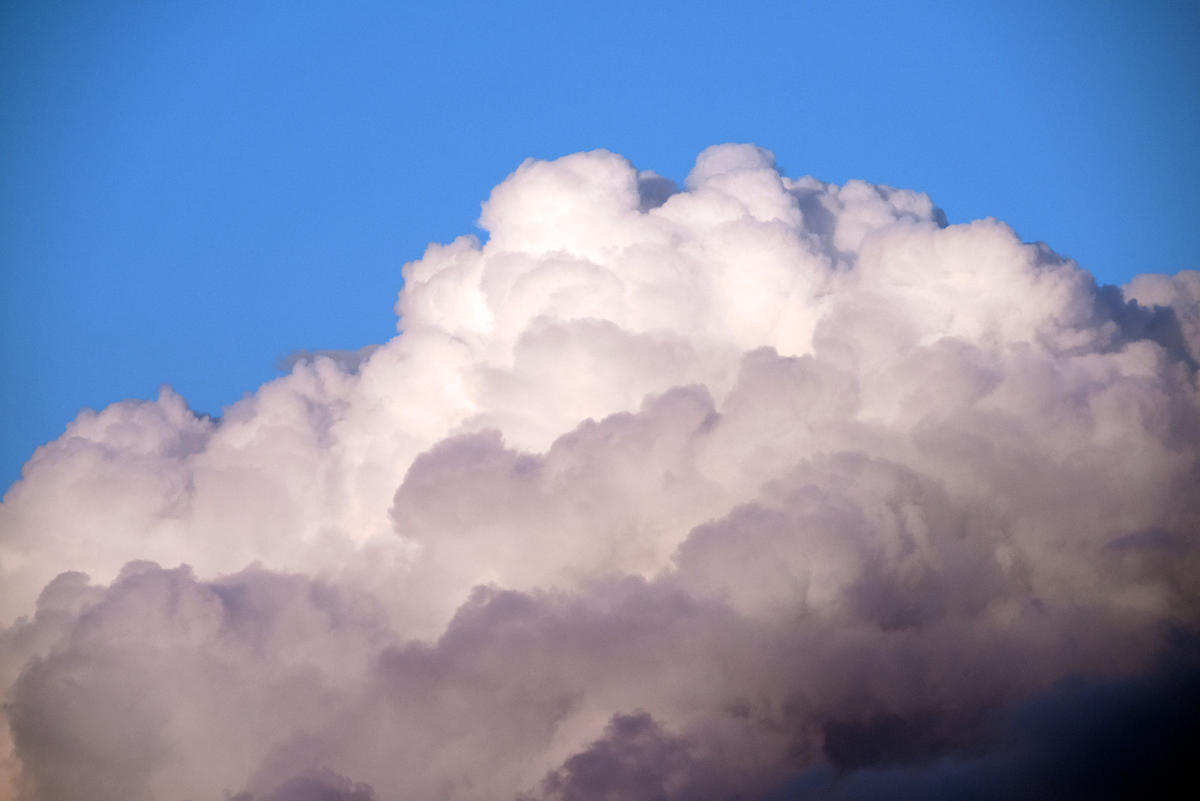 What's the significance of these pictures? What's it all mean? What's it about? Easy questions to ask. Not so easy to answer. Why am I driven to make these pictures? Do I have an agenda? A political motive? Not particularly. I would rather leave their intent and their result a little open ended, for you to establish whether they hold meaning and significance for you, personally, or not.

I drove down to DC, shot a day and a half, drove back... in three days. The day after I got back? I made a few prints and rested, literally. I slept a lot. Watched a movie, went swimming, did some errands and not much else. It was nice to be home.

Made while on sabbatical leave from my teaching position and living in Italy.

These are from the Spallanzani Collection of the Civic Museum in Reggio Emilia.

Pictures made with the permission and assistance of the Museum.