In the early eighties I was teaching at Harvard and at Northeastern University. I was living in Cambridge, had recently been married, had a baby daughter, had bought a house, had extensively remodeled the house and had helped my wife with her graduate thesis work in photography at MIT. It was fast times. What's the hardest to keep going when there is so much going on? I struggled in those years to keep shooting.

I started working not far from home on a project of pictures from a local cemetery called Mt. Auburn. I didn't care much about the headstones or even the landscaping. I cared about this one wall that served as a perimeter to the cemetery. In places it was decaying. So I started photographing it using an 8 x 10  view camera. For those of you who don't know what this is or how it works it makes pictures that are shot with 8 x 10 inch film. What that does is render the image in about as much detail as it is possible to get. I was new to 8 x 10 and it takes most of us years of hard work to get good with this camera. I was no exception. This was the first project I had started on with the camera and the cemetery was great as I could shoot a couple of sheets of film, take it back to my darkroom at home in Cambridge, process it and see how I was doing right away. I started making prints and, as I had no 8 x 10 enlarger yet, made contact prints, playing with tonality and contrast and also with toners to get a color I liked. I printed on Kodak's Azo paper, which was a slow emulsion contact printing paper that took gold toner particularly well. So that's how I made the series. I finally got the series edited down to twelve prints that started very empty and ended up very full with vines with the decaying wall behind them. 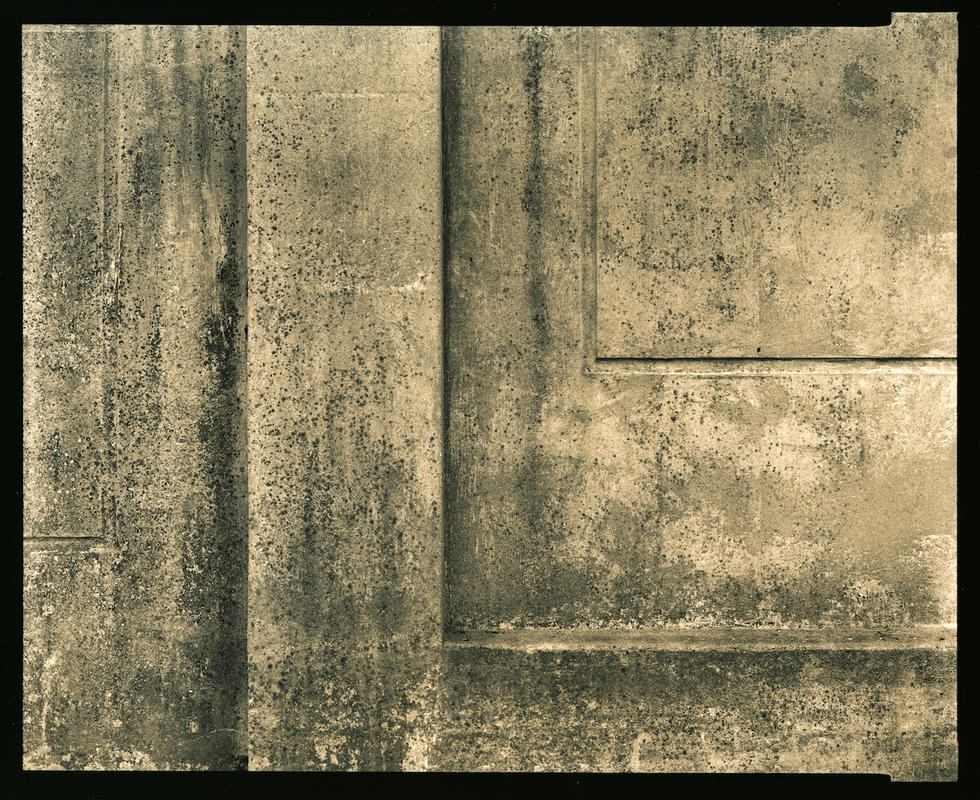 This is Mt Auburn Cemetery #01 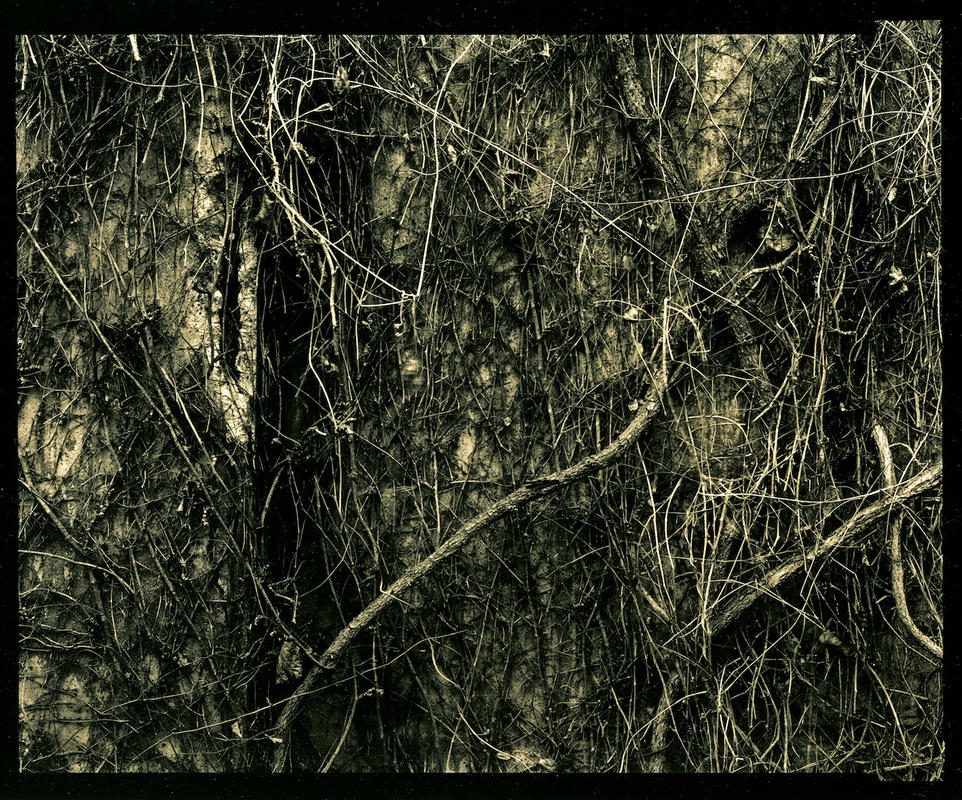 and this is Mt Auburn Cemetery #11

Of course, now those pictures are irreplaceable as the paper's no longer made, I don't print in a darkroom, etc.

There is a footnote to these pictures and it is that part of my responsibilities as new head of the Photography Program at Northeastern was to curate one photography show a year in the University's gallery. As I was on a tenure track it was deemed by the higher powers in my department that the photo show for 1986 should be, you  guessed it....me. I was to curate, mount and display...Neal Rantoul. This was strange but also empowering in that I was laying out my own show, free from curatorial constraint. I chose to show the Mt Auburn Cemetery series in the Northeastern show but felt the prints were too small so shot the series over again in 4 x 5 so that I could enlarge them to 16 x 20 inches. The prints are, of course, the same but different (a recurring theme for me) in that the prints are enlargements, the film was smaller and the toned print color wasn't the same at all. I hung them along the primary wall in the gallery. In his review of the show for the Boston Globe, Kelly Wise wrote that the series was overworked and a meaningless exercise.

Jason Landry chose to show the 8 x 10 originals in a one man show of my black and white work at Panopticon Gallery in Boston in 2010, twenty-five years later.

In his review in the Boston Globe of the Panopticon show Mark Feeney wrote of the Mt Auburn Series:

The dozen photographs from Mount Auburn are simultaneously austere and luscious (part of the lusciousness is owing to their being gold-toned prints). They are scrutinies of textures — stone, vine, vine on stone, and, both the finest and fiercest texture of all, time. Saying only an American could have taken Rantoul’s pictures isn’t quite right. Here is an exception. Looking at these images, one thinks of Atget: the solidity, the seriousness, the unwavering gaze.

So there, Kelley Wise.

is isn't the first time I've posted about pictures made in this wonderful cemetery in Cambridge, MA where I live. My first real set of pictures in the 8 x 10 format were made at Mt Auburn Cemetery in the mid 80's: I blogged about them here. Even before then I made pictures there one spring in 35mm infrared. Read more