About a year ago I took a big chance. I ordered the new Nikon D800e as it made a file that was 36 mp. This meant I would give up a tool that had made so many incredible pictures parting would be hard. This was the Nikon D3x. Too big, too expensive and too heavy by far this pro level Nikon had never let me down. I took it to Europe a few times, shooting extended bodies of work with it. I made landscapes with it and shot the Reggio Emilia series with it. I took it to shoot wheat fields from the ground and from the air, I took it to Utah and I shot much of the Islands of MA project, all aerials, with it. Sincere apologies, but I become attached when a camera makes so many wonderful photographs.

At any rate, those of you that have known me for awhile know I am always trying to get bigger pictures to be better. This is a holdover from my 8 x 10 days when I would reverse mount my enlarger and project on the floor to make big prints. One of the reasons the move to inkjet printing was so liberating for me in the early 2000's was that scanned 8 x 10 negatives made great prints 4 x 5 feet across.

At any rate, many of us waited for a long time for the 800e and I didn't get mine until late May last year. New cameras have never been easy for me to adjust to and this one was no exception. I started photographing with it right away and made several series using it through the late spring, summer and fall including: Penland 2012, Pulaski Motel, Virginia 2012, Wheat 2012 and Rivalta, Italy 2012 (one of my favorites), among others. The files are very good, the camera is a little clunky and not made to the same standards as the D3x, and it is a little slow, but overall it is a reasonably good camera. It is cheaper too.

All this time with the 800e files I was making prints on 22 x 17 inch paper, a standard size for me when printing out portfolios. This is large enough to see the work, small enough to carry around. But over the past two weeks since returning from San Diego, I have been working on the new Imperial Sand Dunes pictures I shot while there. These are aerials and are up on the site now: Dunes 2013. I have been printing them 37 x 25 inches and have framed three at 45 x 34 inches.

OMG! I only wish you could see the actual prints as they are exceptional. Sliding along at about 100 mph, about 800 feet over the Dunes, clicking away at 1/1600 of a second and these photographs show the very small wave like patterns the wind forms on the sand with such detail it simply blows me away. So far I've printed and framed these: 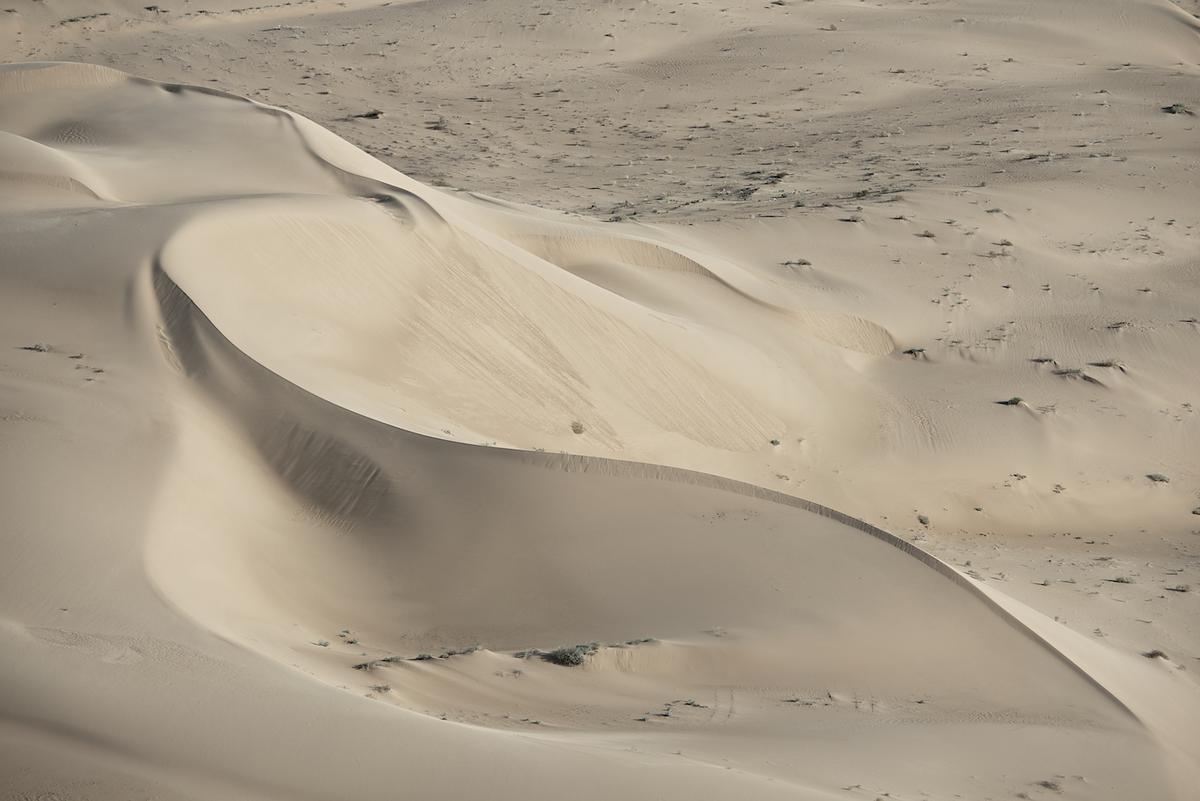 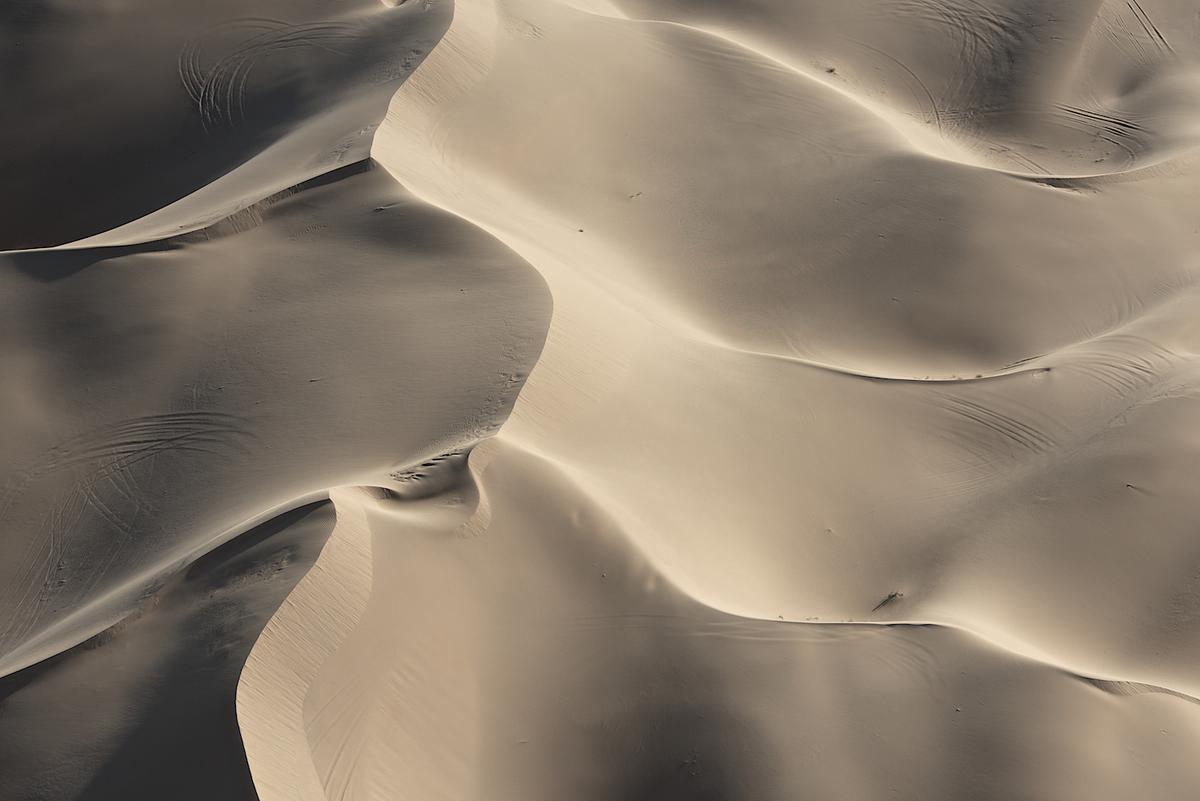 Here's a detail of the one above: 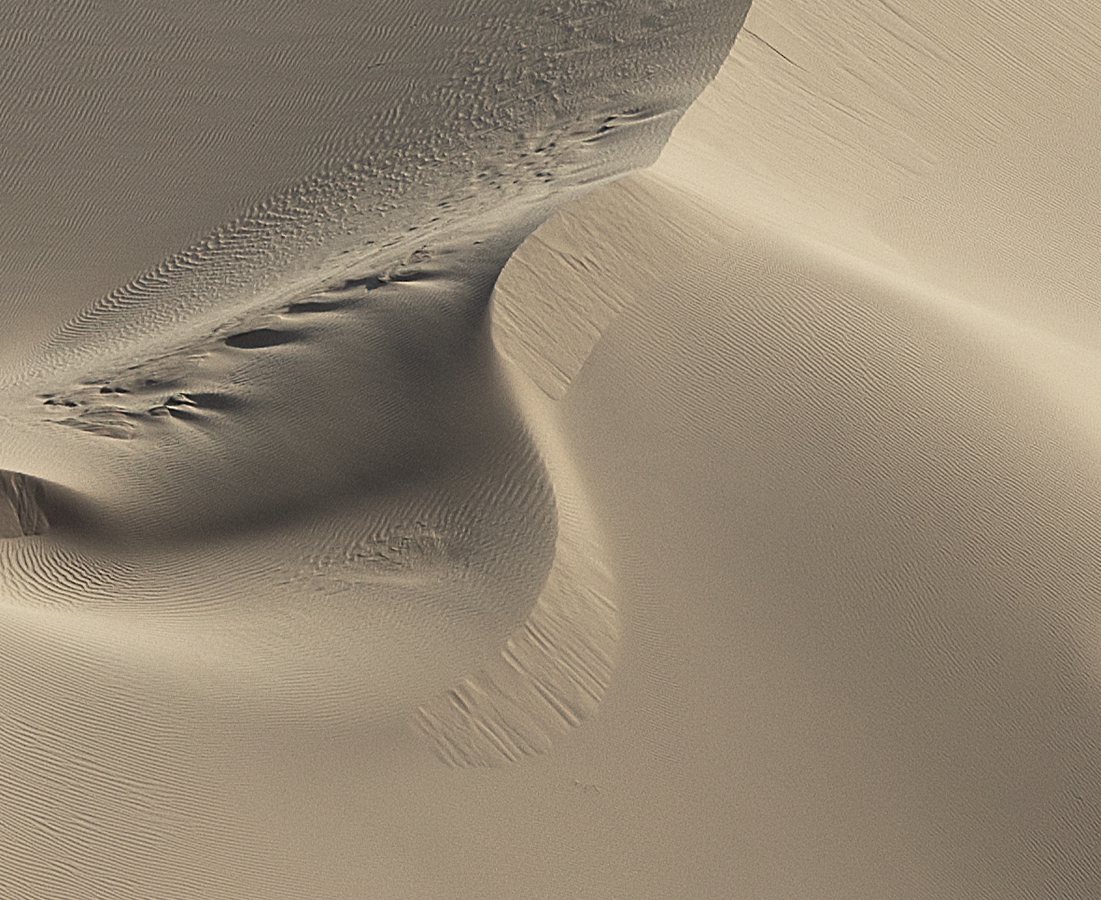 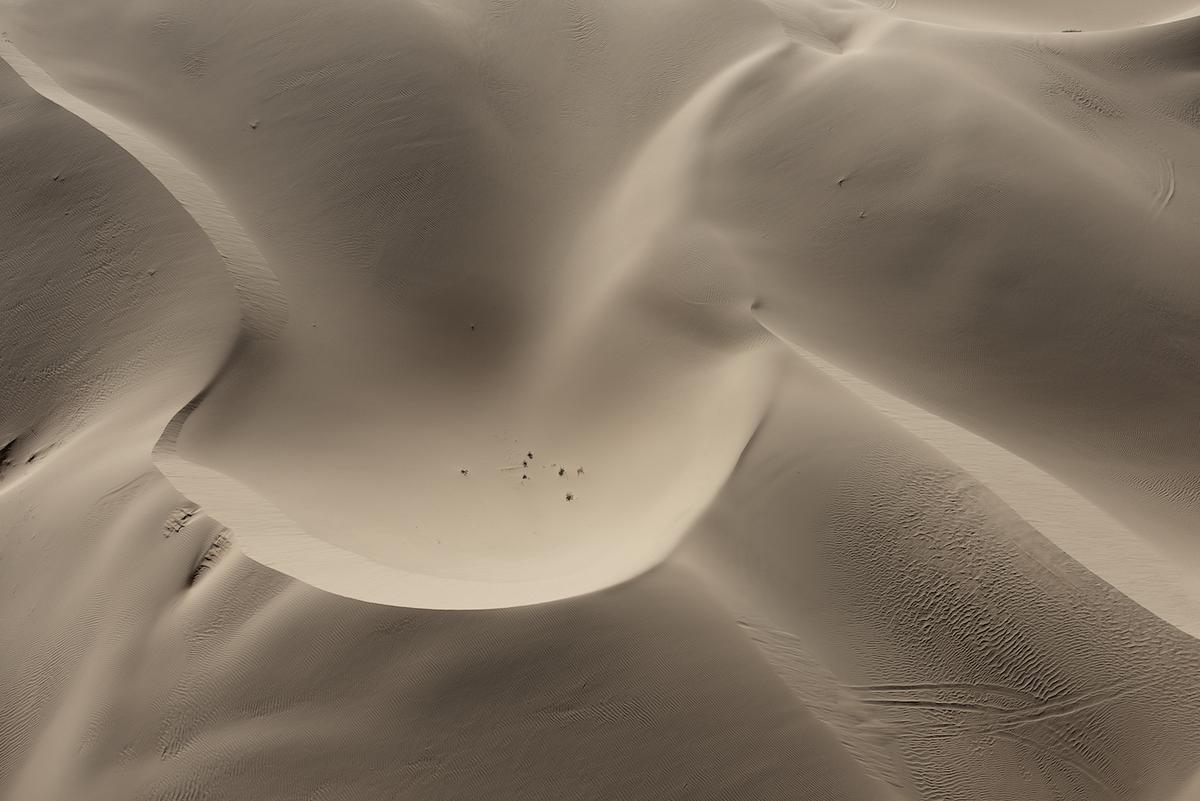 With more to follow. I can't stop thinking about them. This is a sea change for me as all those years in 8 x 10 was basically a pursuit for this. Both the large scale view of the subject at high quality that when viewed closely didn't fall apart. I'd love to show them but my up and coming shows are locked in and Jason Landry at Panopticon (the gallery that represents my work) looks ill every time I bring it up about wanting to show big work. BTW: Almost no one wants big work: not the gallery, not most buyers, certainly not the museums, unless you're an Andreas Gursky, which, evidently, I am not.

I would do a pop up show of these if someone would give me a space. The pictures are simply unbelievable.