I am going to go out on a limb (or maybe a wing!) here and discuss a way of photographing that, while it may not relate directly to the way you work, may still have some relevance. Yes, I am referring to making pictures as art from about 900 feet up in the air sliding over the ground at 100 mph.

I find the challenges of photographing aerially endlessly fascinating and at the same   time I think that it is exceptionally difficult to do really well. I have written before about the logistics of shooting aerially and, all things considered, it is not hard to make picutures that are well exposed and sharp. I wrote a piece last year for the site Luminous Landscape that explains the nuts and  bolts of how to photograph from the air. But to make something that stands out, or that is really significant and beautiful is very hard.

What are the problems? Well, first of all, you are flying along over the terrain at about 100 mph, if you're in a Cessna 172, which is a very typical airplane for this kind of work. You can circle back around something if you need to but in reality this doesn't happen very often for me. There is always something else coming up that I don't want to miss. Sometimes too I am trying to cover a large area as effectively as possible. Remember, these flights cost from $175 to $250 an hour. If you've got a good day with good light, clear air so you're not shooting through too much haze, little turbulence so the plane isn't jumping around too much and wonderful things going on below you the real problem is that you have such a multitude of richness below you that it can be overwhelming.

This week I started a new project, photographing along Massachusetts Route 2, from East to West. Rt 2 roughly parallels the Mass Turnpike and cuts a path right across the state from Boston to the border in NY east of Albany.  It starts off four lanes wide but becomes two lanes a little west of Gardner. All went well and we had a very good shoot. In one hour I shot 464 frames and, after a first edit, I am down to 86. Here's a picture of the plane I flew in that day: 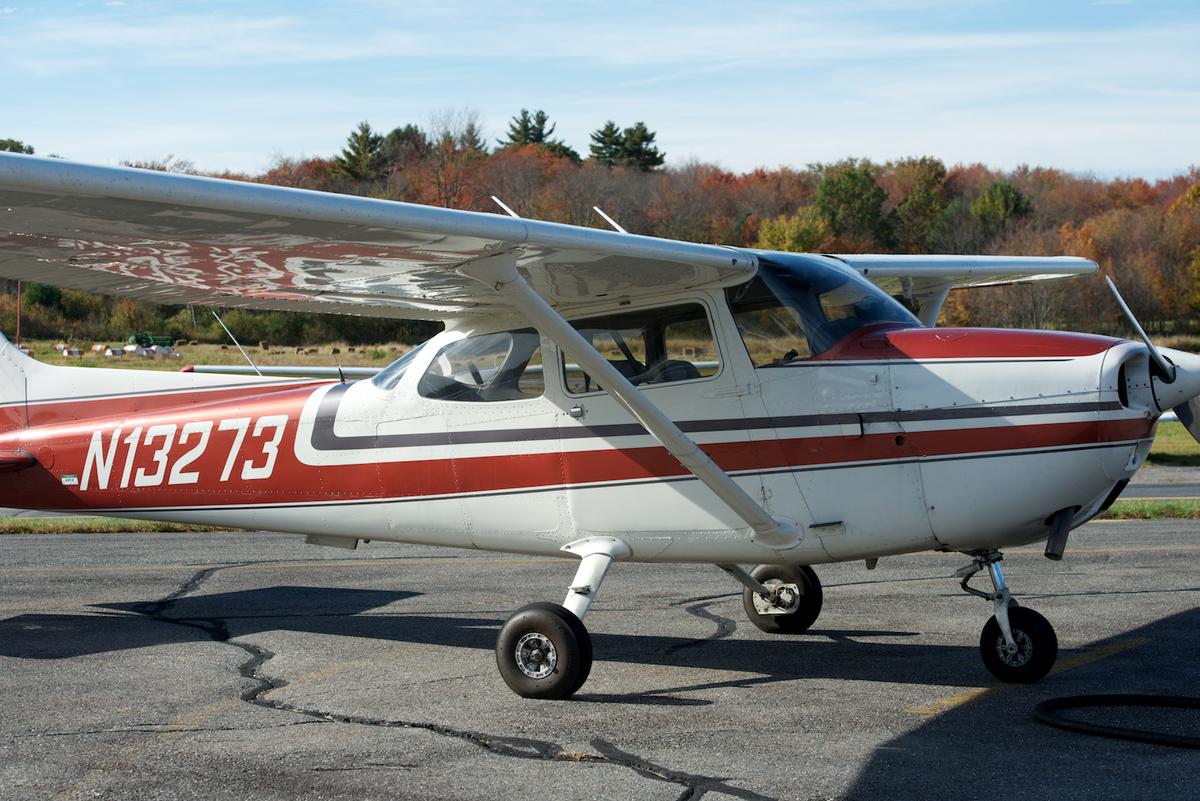 Cessna 172's have been made for many years. They are light, slow (good), and have one window that hinges up so you don't have to hold it up as you fly. On the other hand, they are cramped and have a 45 degree wing strut right where you'd like to be pointing with your camera when flying. Out of the 86 frames shot it's hard to figure out which ones are worth printing but this usually gets resolved as I live with the pictures over time, move them around, categorize them and/or put them in separate sections or headings and so on. Here are a few that seem to work for me now:

(remember you can double click on these to see them larger) 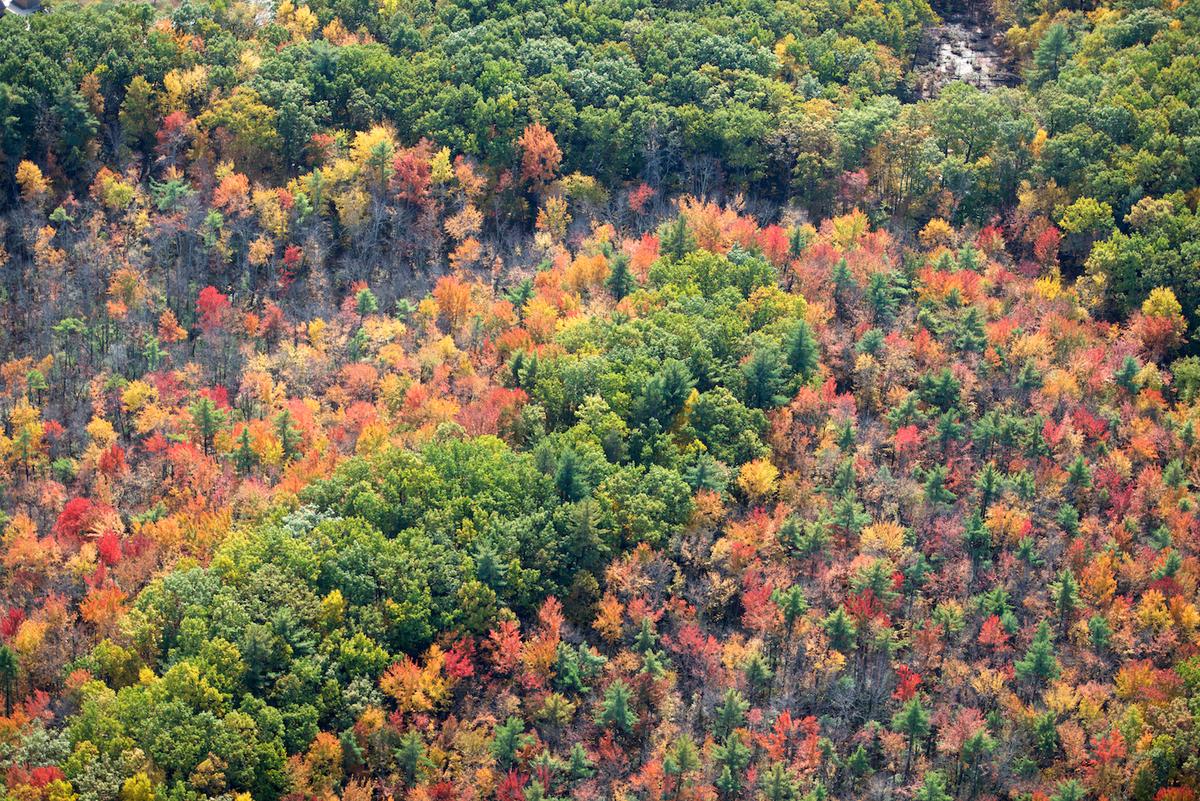 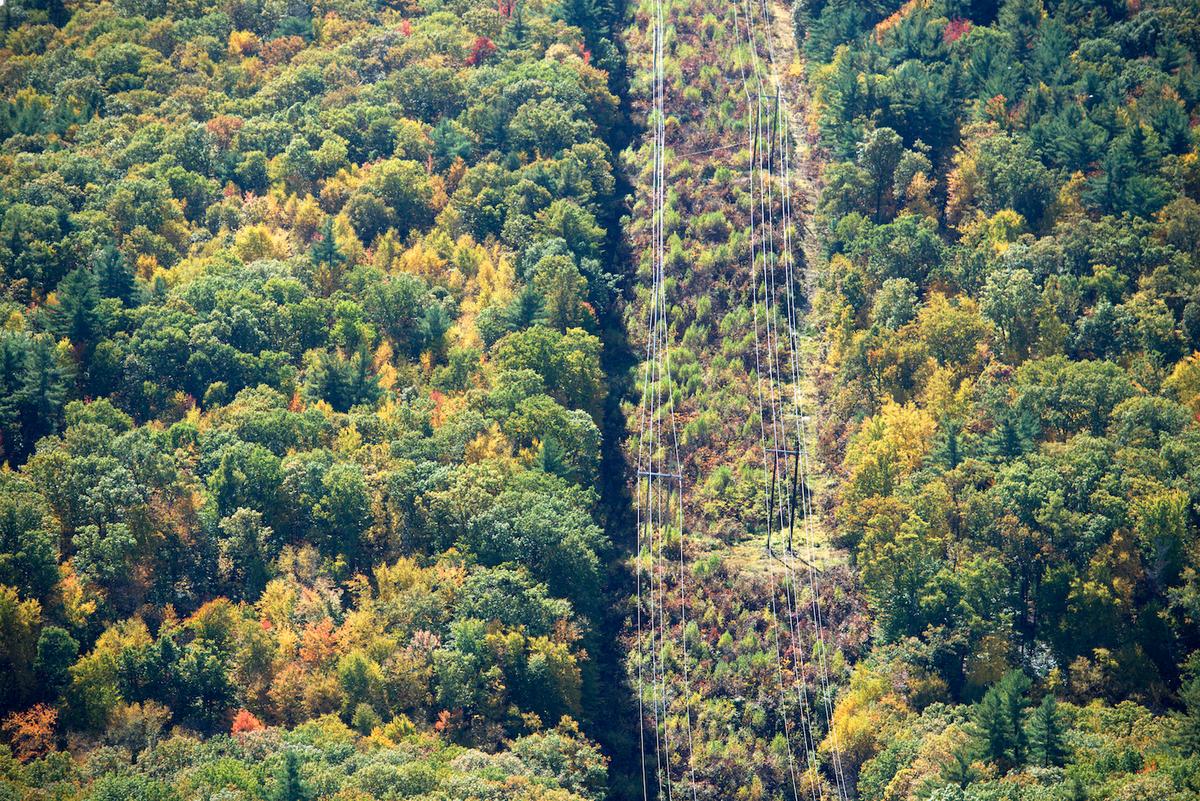 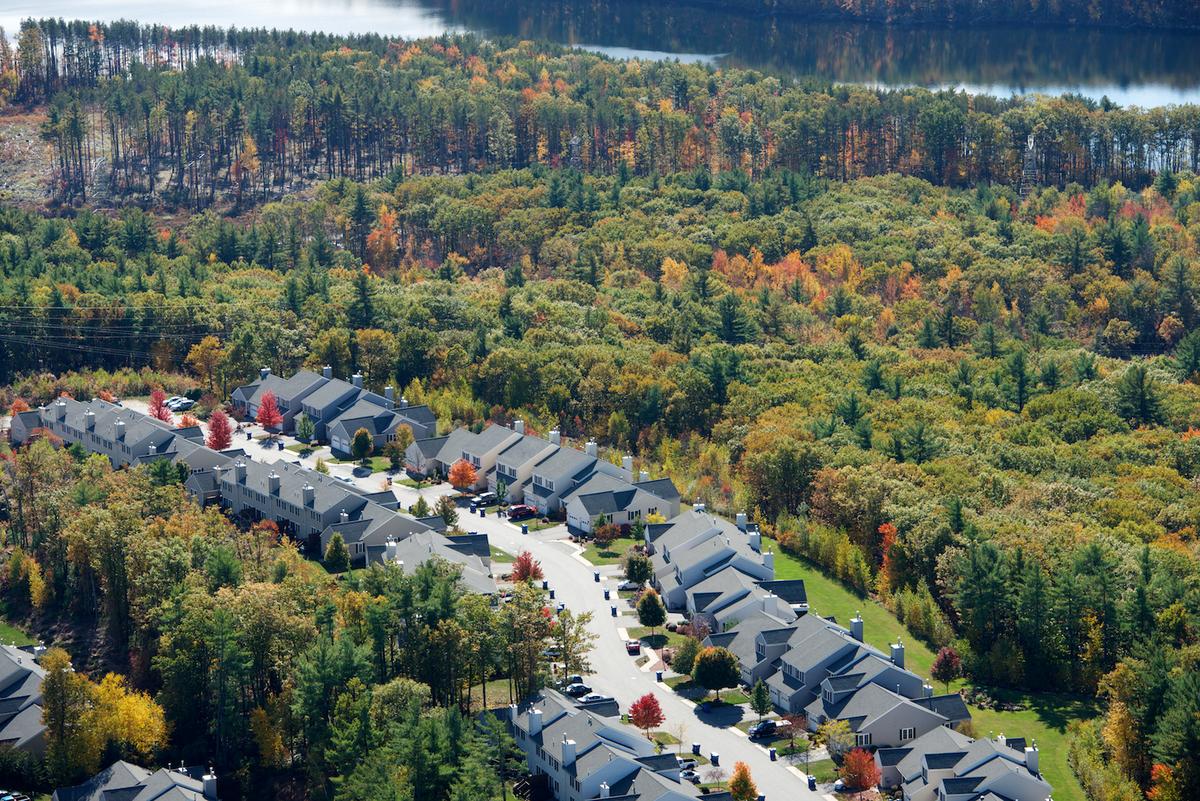 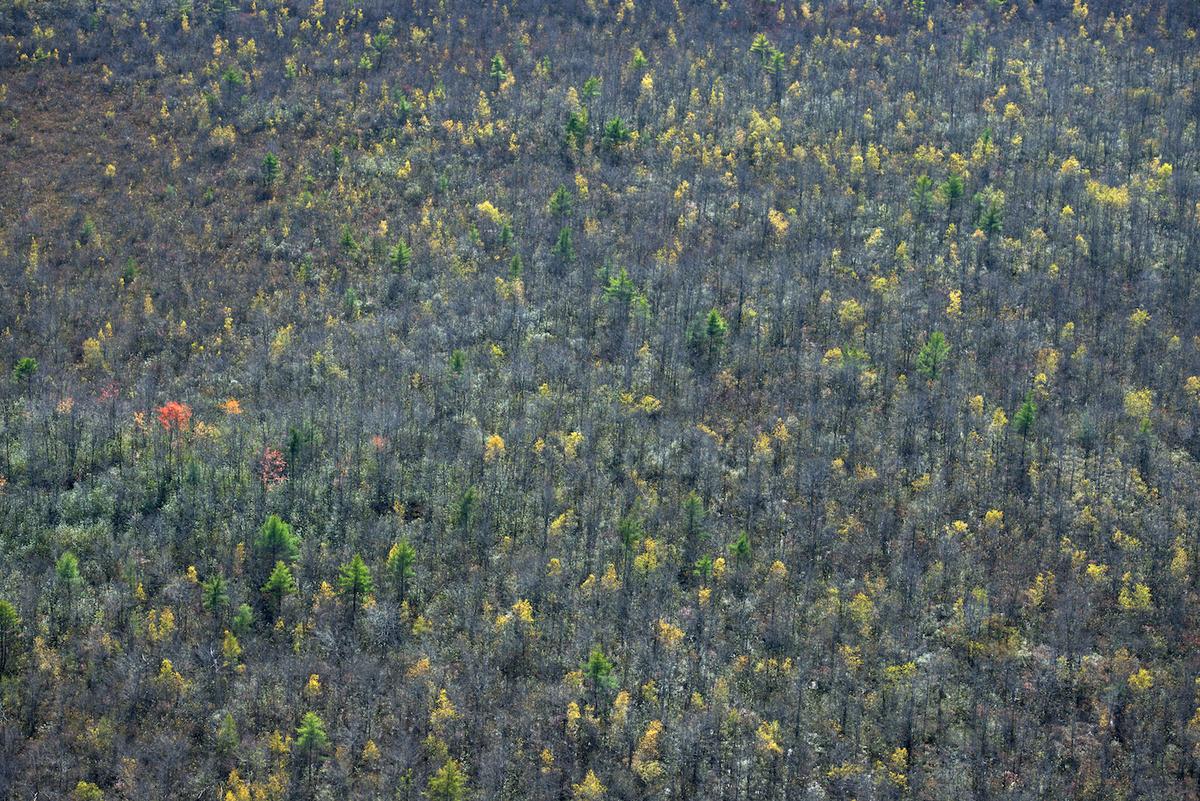 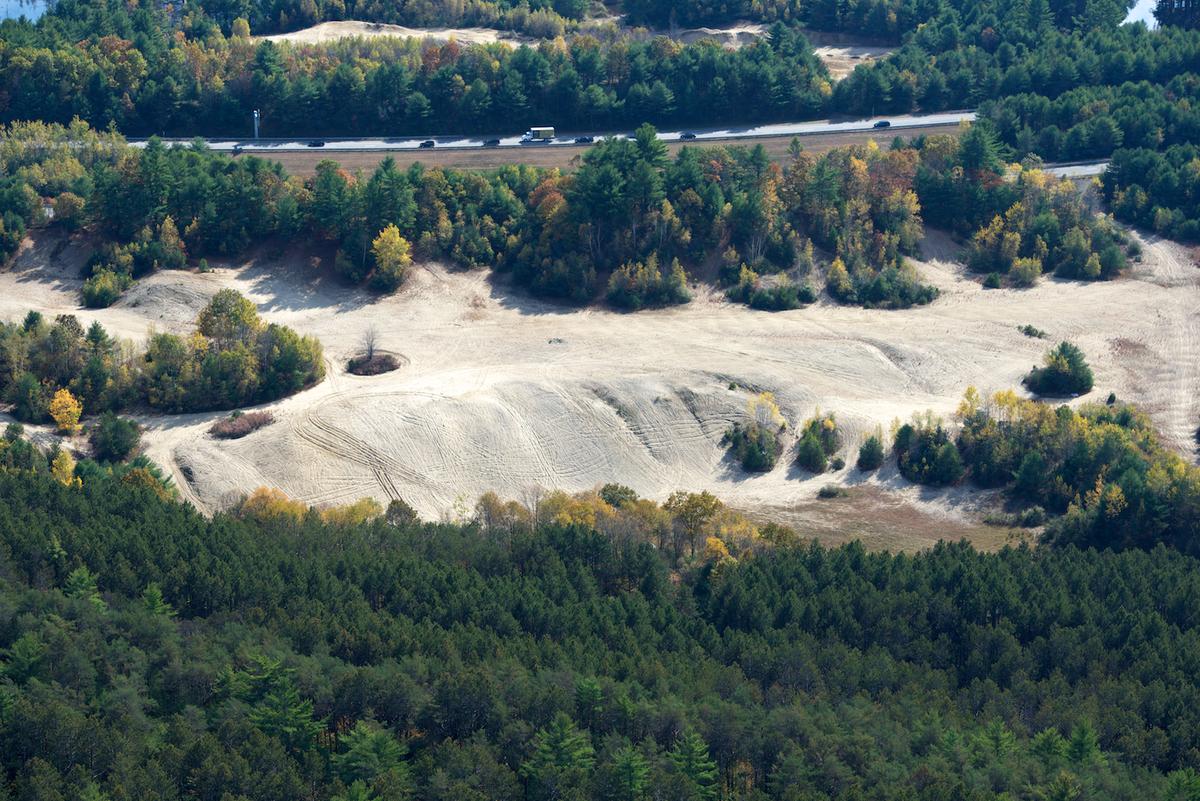 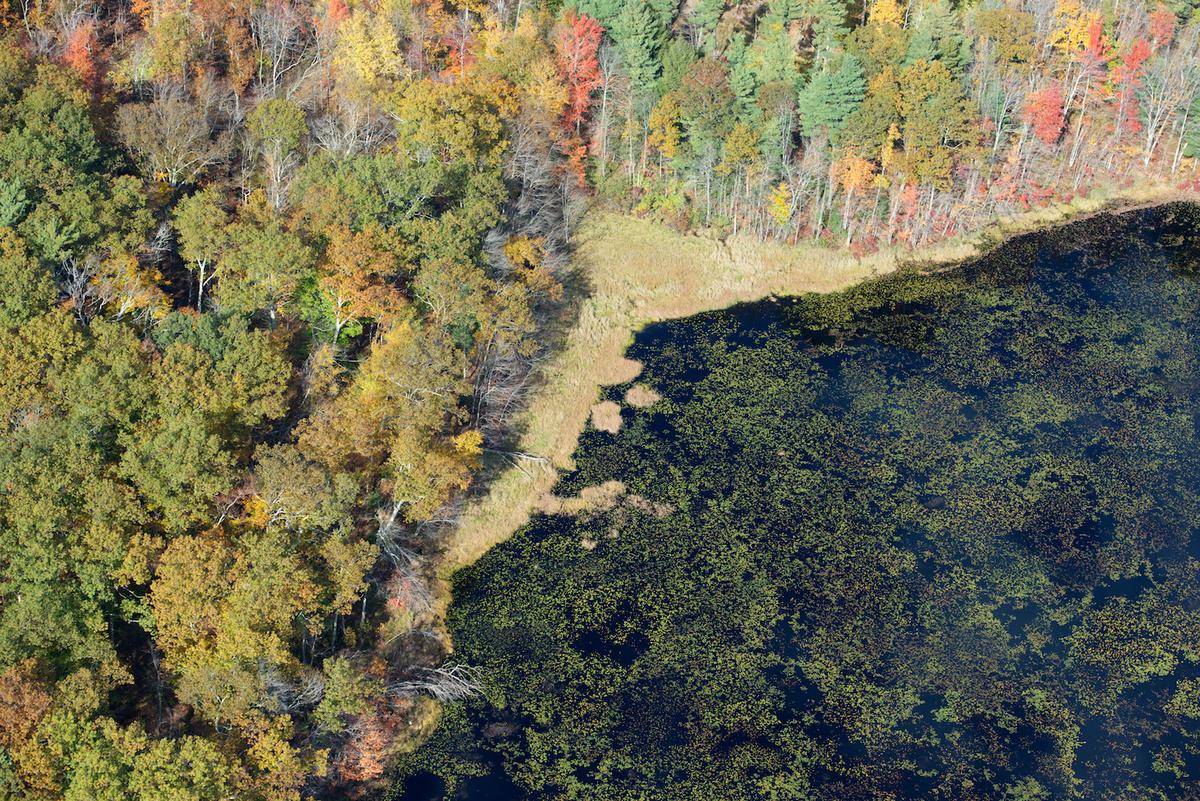 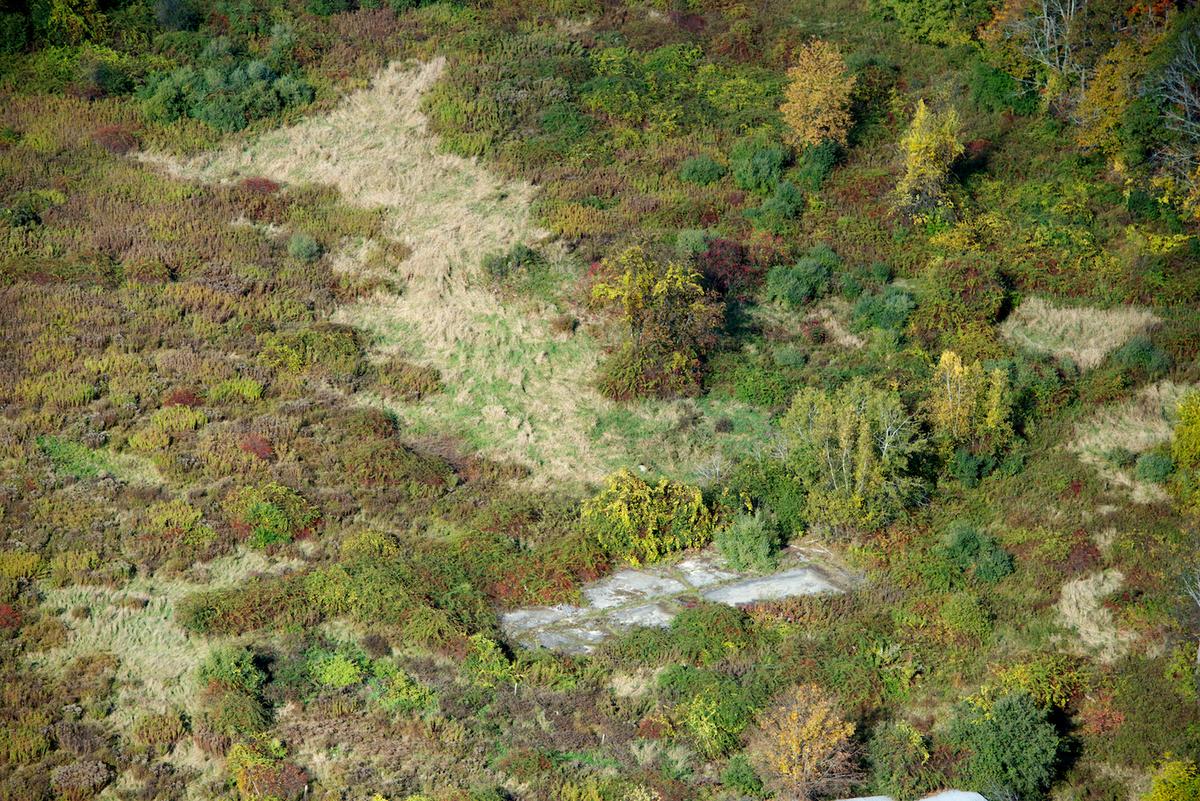 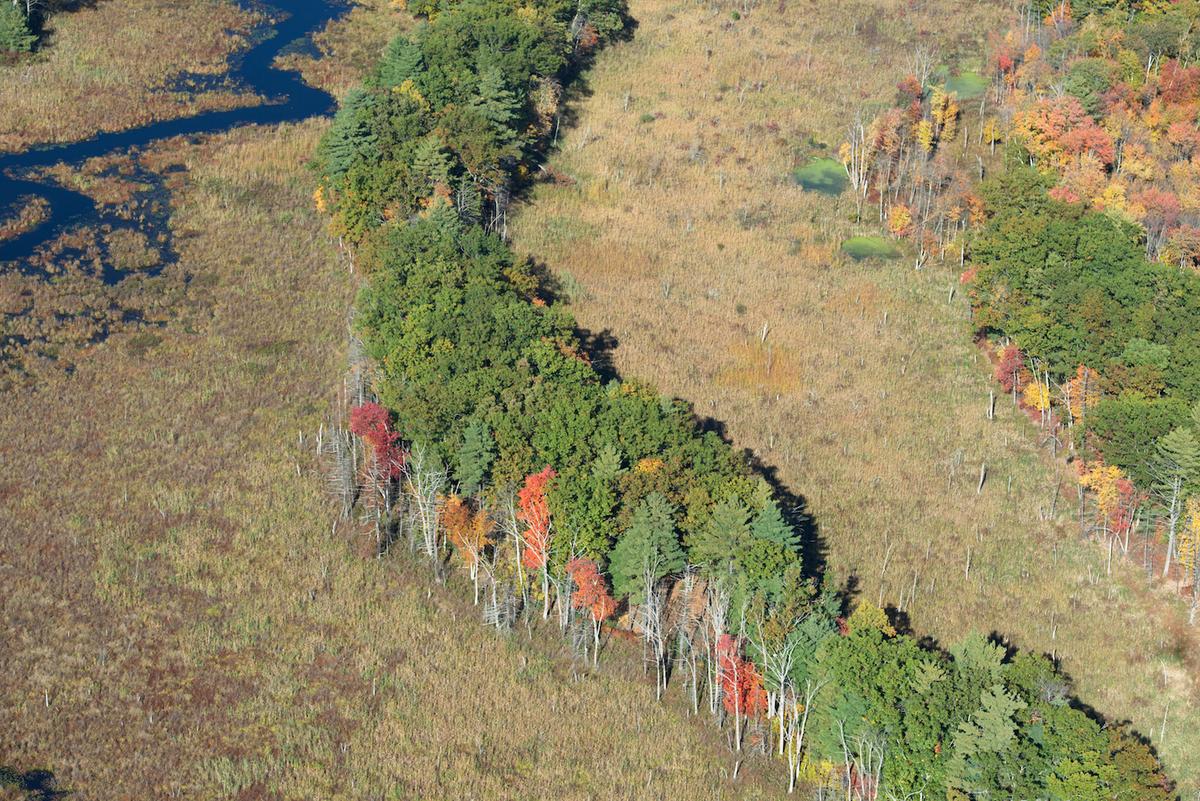 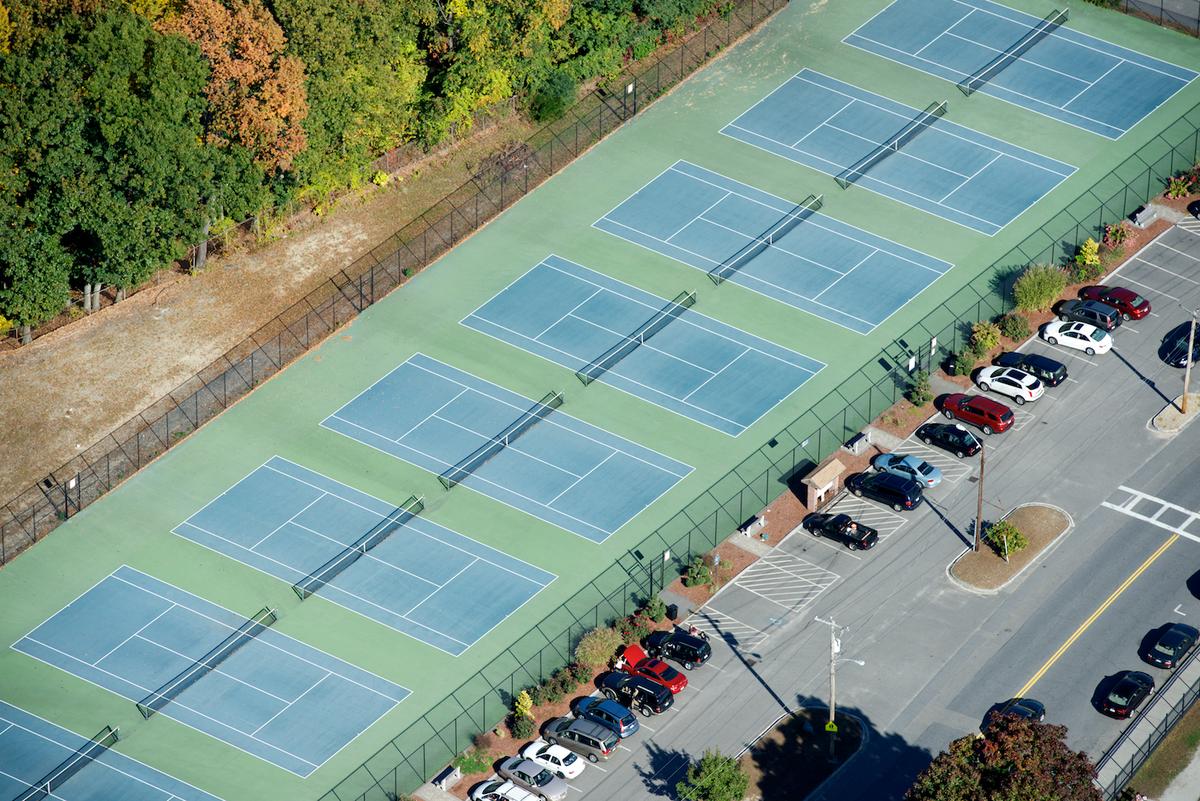 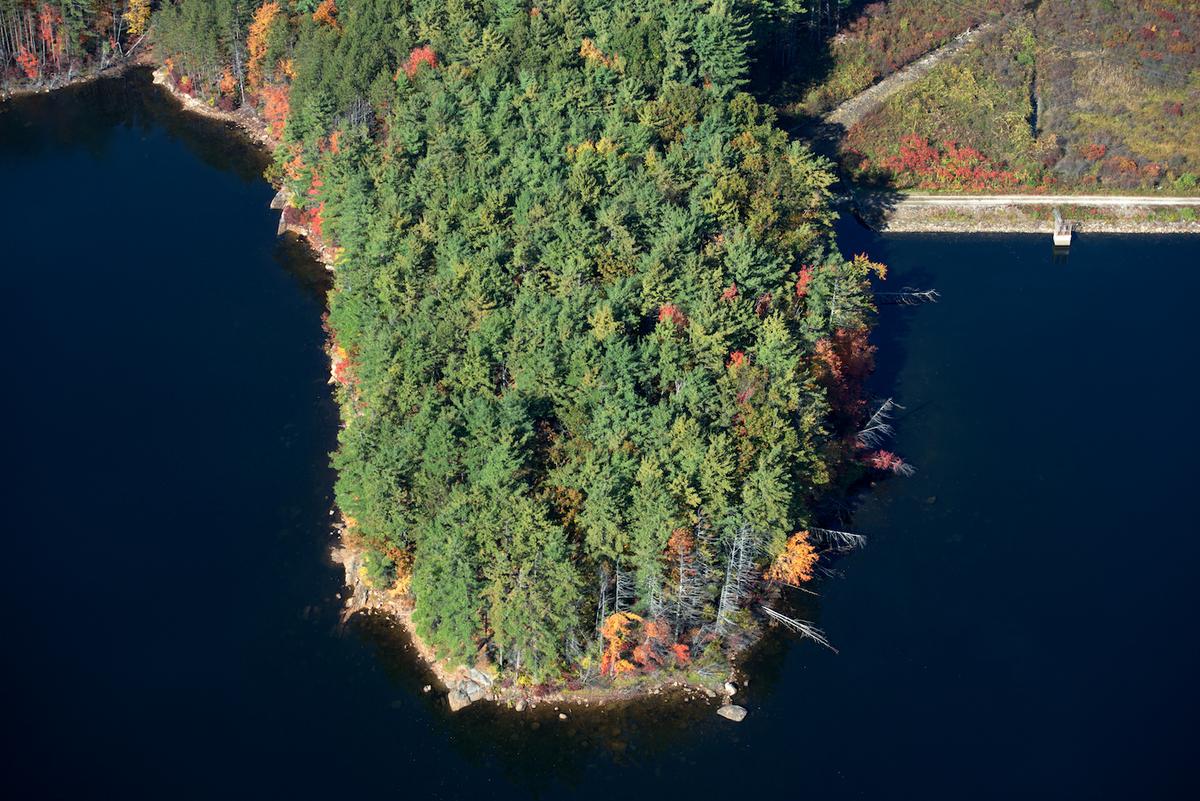 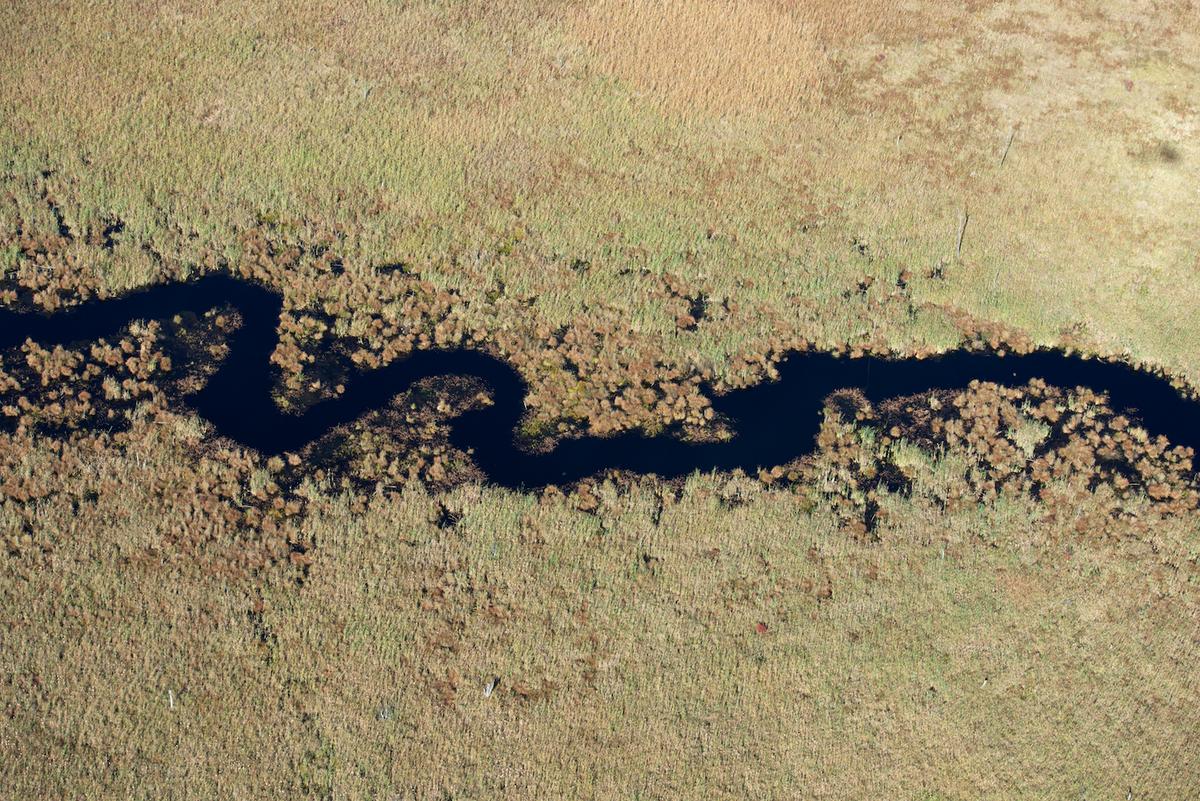 Cohesion? Not yet, it is still early days. Right now, I am trying to figure out if I have a real project yet. The plan is to continue along Route 2 until I get to the western edge of the state. So far I have shot about 1/3 of the road's length.