Last week I wrote a blog about going through old analog work and throwing away most of it: Cold Wet.

In one of those boxes, I came across some work I haven't seen in over 20 years. 14 x 17 inch black and white unmounted prints from Martha's Vineyard that were in a two-person show I had with my mother in an earlier iteration of the Granary Gallery  on the island. (The full show is now on the site: MV Show 1978) 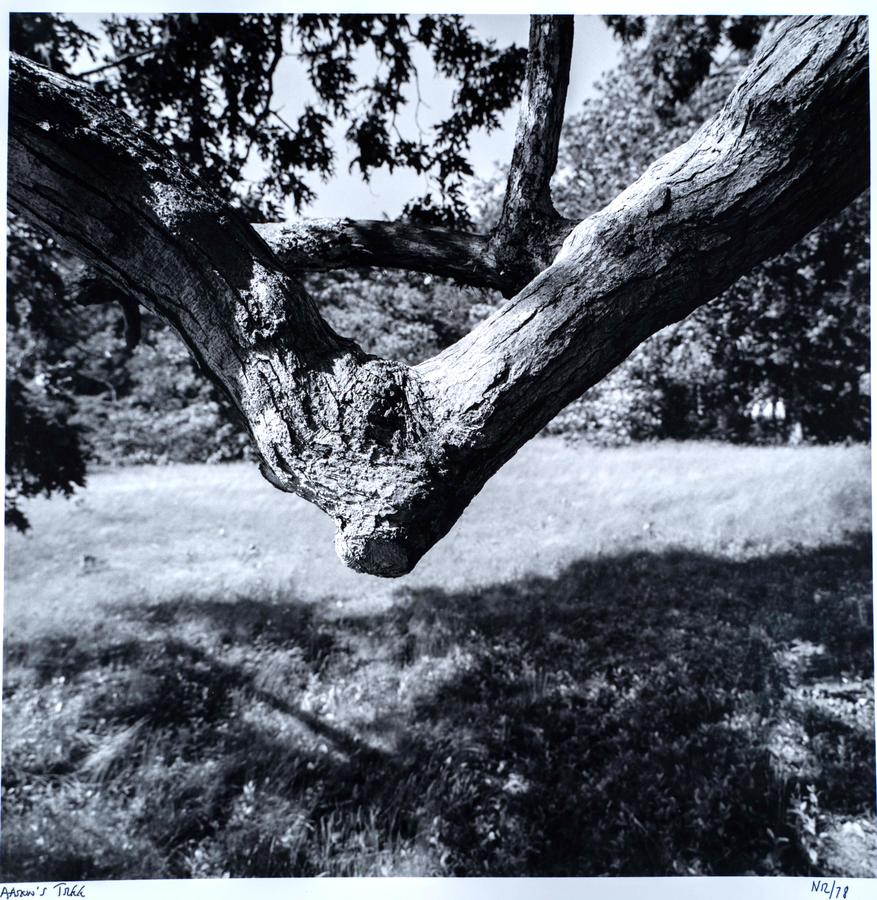 She and I showed together a few other times, but always in group shows. I remember one show in the 80s that included my two sisters and two brothers-in-law.

But this one in the summer of 1978 was just she and I. My mom was a career painter, moving in and out of making work when she could while bringing up three kids and working. One of the things I learned from her was that change was good. From watercolors to oils to acrylics to woodcuts to cut paper she liked to shake it up. The show we had at the Granary was cut up paper, specifically Color Aid, which were silkscreened color pages you could buy as a kind of book with perhaps a hundred or so beautiful colors. She made landscapes out of them layering the colors to take you through to a horizon and a sky. I wish I had one or two to show you. They were beautiful.

My work in that show? I thought you'd never ask. Black and white (that was all I did until about 2002), square pictures, of things I'd found of interest on the island the year or so before.  Not much cohesion except they were all made on the island. 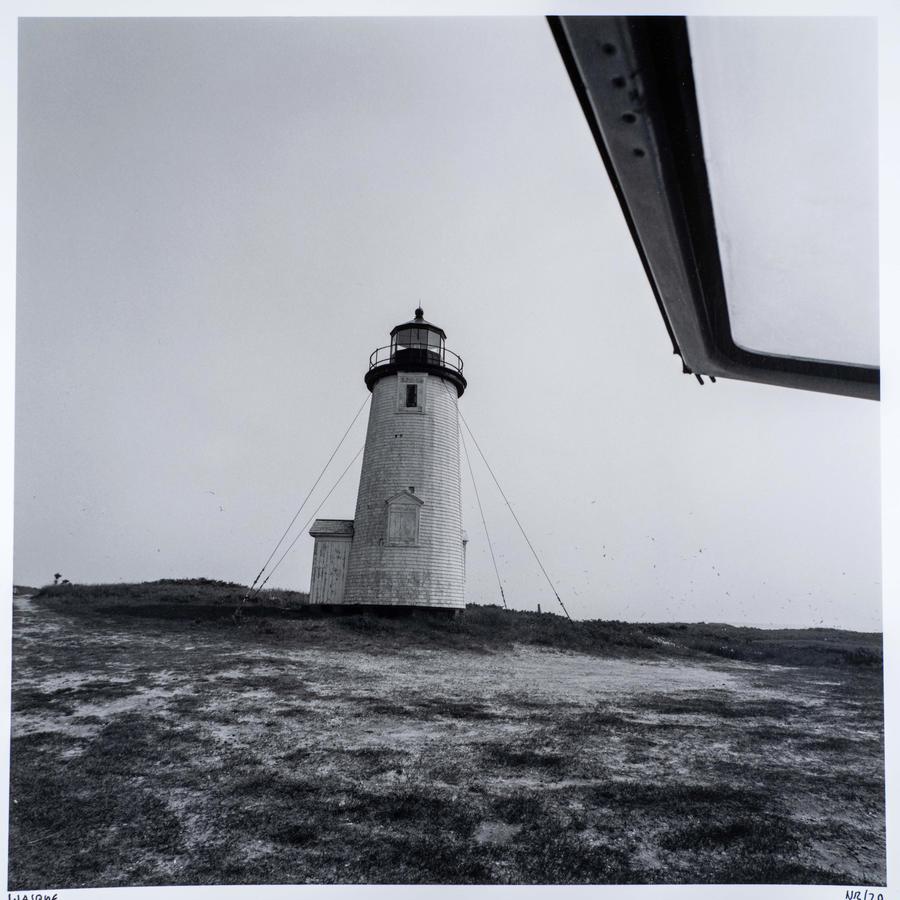 I don't remember the opening very well but am sure it was primarily friends and family. I was single then and hadn't a kid yet, teaching at New England School of Photography in Boston and would begin that coming fall teaching at Harvard. 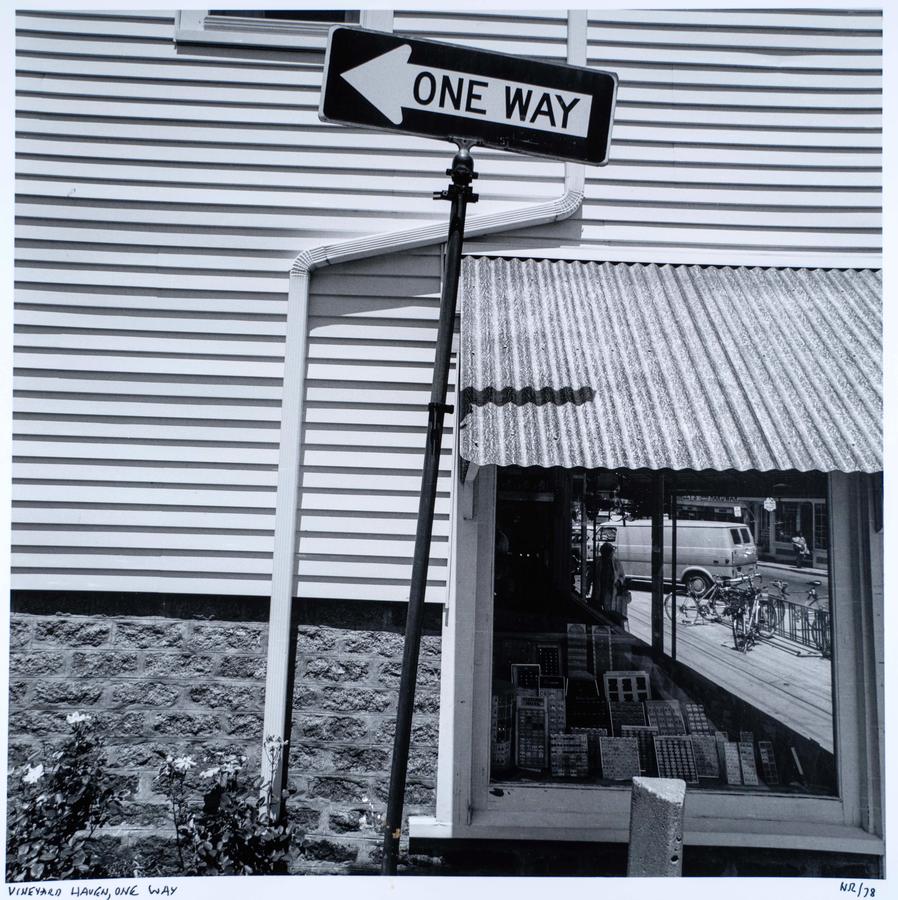 The photographs are quiet and contemplative, smart in that they are of things that render well as photographs, juxtaposing visual elements with at times a sense of humor or irony but also real love for what I saw.  My response to seeing them now, so many years later? They hold up all right. These were made a few years after graduate school by a young artist still working to find his voice and shirking off influences. I believe your work is your work. To put down earlier work because now you're " so much better"  denigrates and diminishes rather than simply looks at art from the time in which it was made. Context is all. 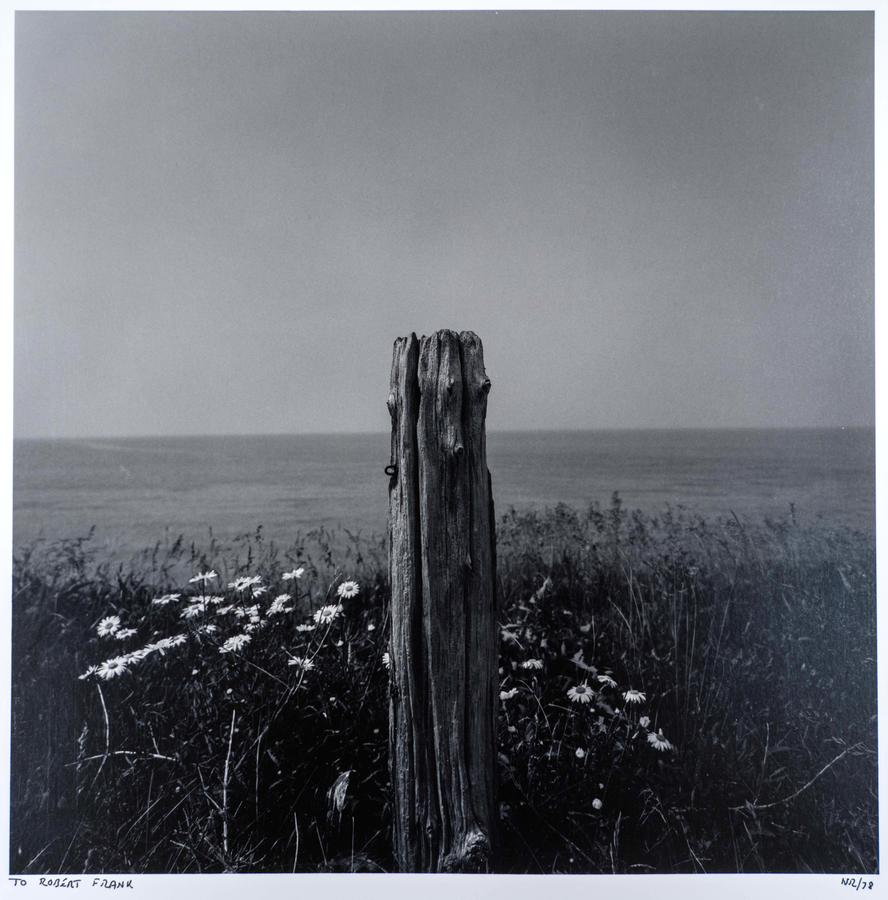 This one, the last in the show, needs a little explanation. About 1976 the Fogg Museum at Harvard had a show of some recent photographs by Robert Frank. Rough, blurry and scratched, many of the prints were from Mabou Mines where he spent time with his wife June Leaf. It is where he made several of his films and by then he no longer considered himself a photographer as he'd moved on to making films. One set of pictures in the show were of a post, some gray sky, some land, and the ocean. Minimal and spare. 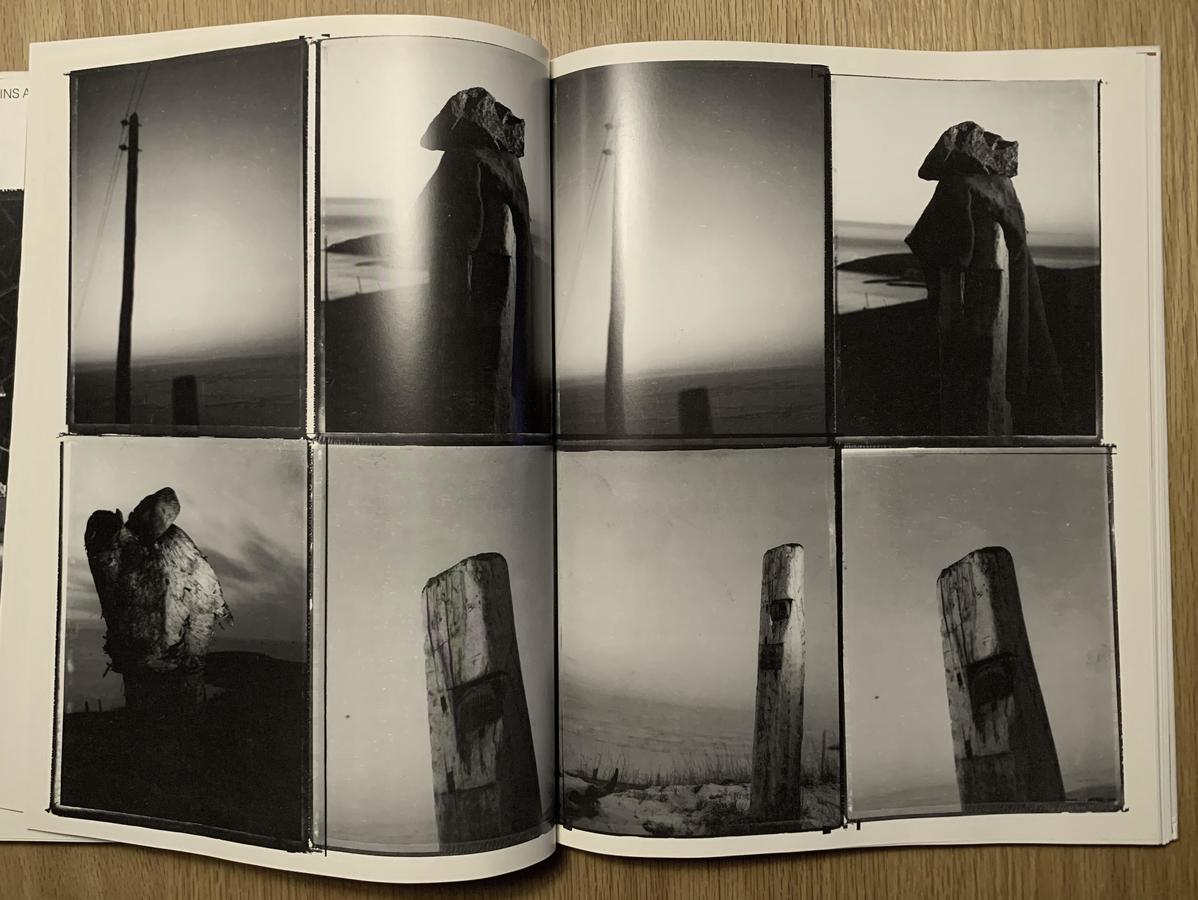 These from Lines of My Hand, photographs by Robert Frank

He made them in response to getting the news that his daughter Andrea had been killed in a small plane crash in Guatemala. It was her winter coat he placed on the post. I had been moved to tears when I saw his pictures that day at Harvard. When I saw this single pole sitting on the bluff near a lighthouse at the Vineyard I thought of Frank's pictures right away. So I made a picture in tribute and out of respect to him and the tragedy of losing his daughter (Thanks to Michael Hintlian for setting me straight about this).

Finally, as I write this in November 2020, I am beginning work on a new show of my work to be at the Martha's Vineyard Museum in late January 2021. These will be color aerials, some made in 2012 and 2013 and some made in 2019. The work I donated to the Museum this past fall will also be included in the show. More details to follow soon.

So there are three generations of my work from the island: the show in 1978, the work I donated this fall to the Museum shown in 1995 and this new show coming in January. How cool is that?

On a cold wet almost snowing mid-November afternoon I spent several hours in the basement going through boxes of old prints. Read more