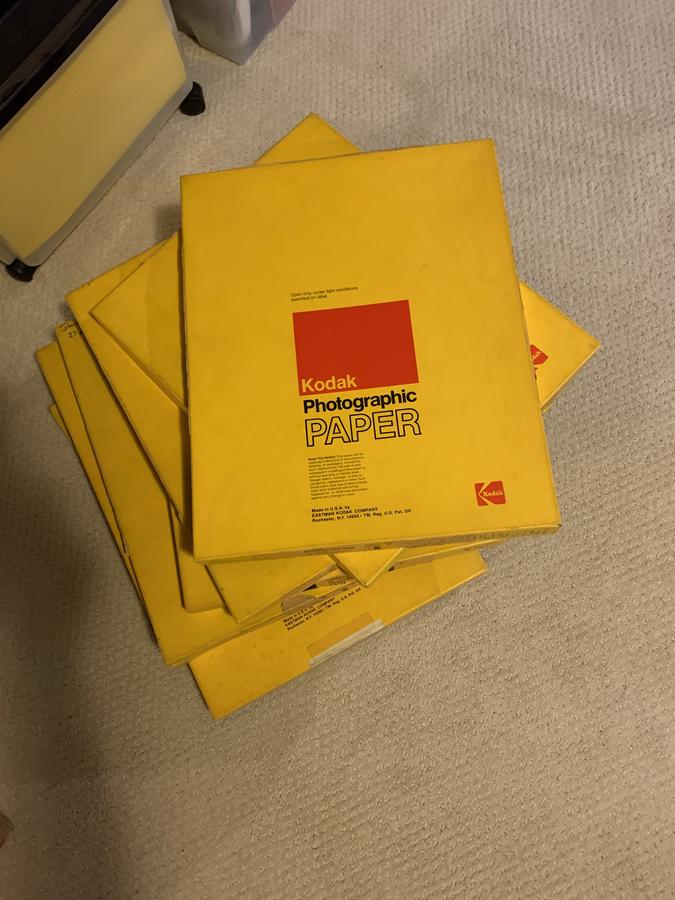 Darkroom prints. Black and white from the late 70s and 80s.  All on 14 x 17 inch Kodak Polymax paper. Over a thousand or so. 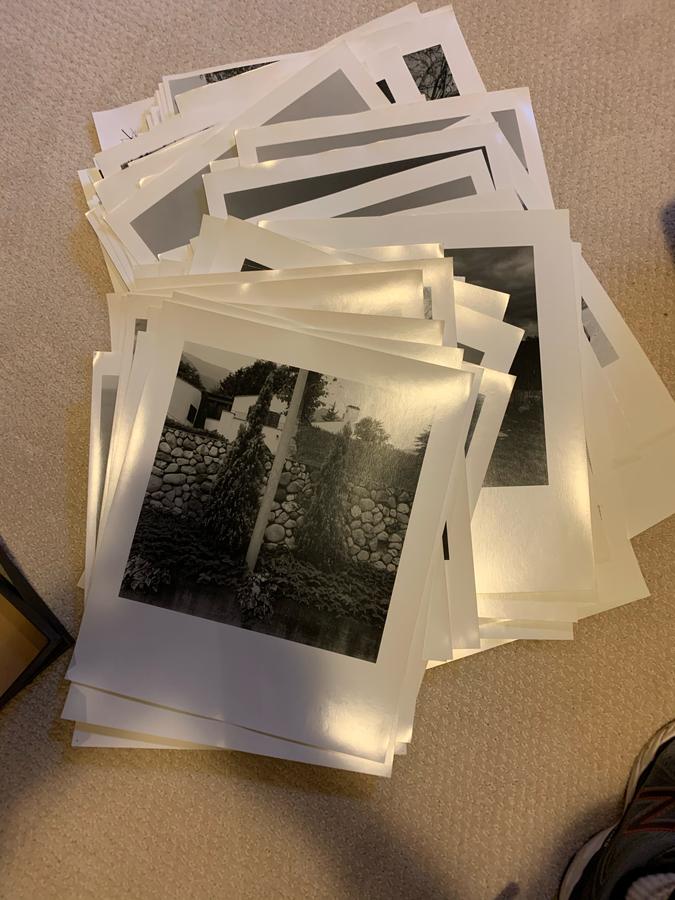 All of them printed by me in my darkroom in Cambridge. Each one from a negative loaded into the negative stage of the enlarger, focused, a contrast filter inserted, the timer set, the paper put into the easel, the exposure made, the sheet slipped into the developer, the print agitated for 1minute 45 seconds, slid over to the stop bath, then fixed, then rinsed, then added into fixer remover which had rapid selenium added to it, and then final-washed for an hour or so, squeegeed, and placed on drying screens overnight. Print after print, year after year: literally by the thousands.

Now headed for the dumpster. I kept maybe 5%  of what I went through. I found that for the most part, I could place where each image was from and what I was up to when I made it.  Amazing that we don't lose that.

I am of two minds. One, it's all bullshit; the compulsive, maniacal work ethic that drove me to make countless images of things insignificant and unworthy of my or anyone else's attention. Boring and banal. Two, that the sheer quantity and constant activity was necessary to see through to things there were substantial. That all those prints, all that shooting made me fluid and fluent, that I was completely immersed in seeing and therefore going deeper when it all did work. That the quantity was necessary to get the quality.

I don't know, from this position it all looks futile. And such a waste!

My conclusion? I find myself admiring in retrospect those that weren't so obsessive about the medium, colleagues that were more laid back and open to other impulses and influences, to those that looked at other forms of creative expression that would serve as excellent input into their education and progression as artists. And perhaps have more fun or enjoy their time more. Smell the roses, so to speak.

As an addendum, let me add that the prints I just threw away from the 70s and early 80s were made during a time when I knew I had a problem. I was shooting roll film, often handheld, in 2 1/4. By 1984 I had stopped this practice, selling cameras to be able to afford to buy an 8 x10 camera to slow the process and me down, to put an emphasis on a more contemplative and meditative single image. Did it work? Yes, I  believe it did.

Odd to be posting new pictures made almost two years ago but I have spent the last week or so resurrecting this now older work into prints and I am very excited about them. Read more

we are going to take a few posts to examine some work I made in the late 70's on a self imposed sabbatical leave from teaching to photograph in the American Southwest. Read more