In March 2001 the Zakim Bridge was under construction in Boston. Part of the infamous "Big Dig", the Zakim spans the Charles River and feeds Rt 93 into the depressed artery under Boston. Due to its cable construction it changed Boston's sky line in a big way. I was shooting the bridge occasionally with the 8 x 10 but seized on the chance to go to the top with a smaller camera when an engineering student who was studying photography with me and interning for the construction company that built the bridge offered to take a friend and I up. Very scary this as the stairs were metal and part of the exterior scaffolding that encased one of the two towers. It was windy and cold.  On the way up I needed to stop a couple of times, frightened and shaking, to calm myself down as heights aren't so easy for me. I realized that I'd be a fool to back down. Soon enough I found myself at the top. There we found three of the crew working to replace a ripped and torn American flag with a new one. Of course, the famous picture by Joe Rosenthal of Iwo Jima made towards the end of WW II came to mind. 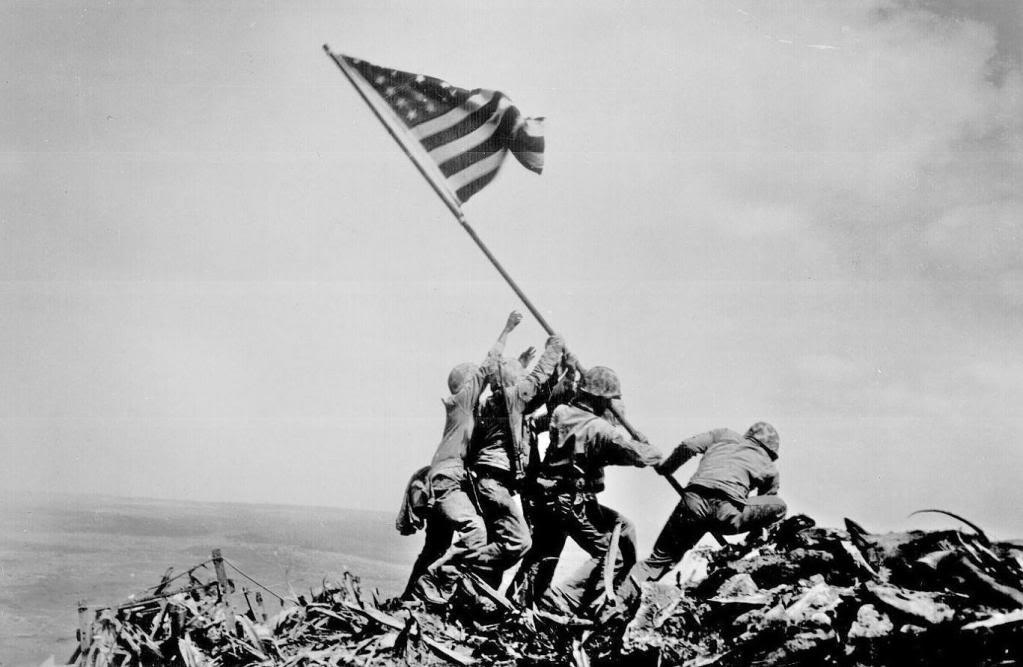 First the old flag needed to come down, shredded by the wind. Later, I was amazed to see that the angle of the flagpole was the same in both pictures. 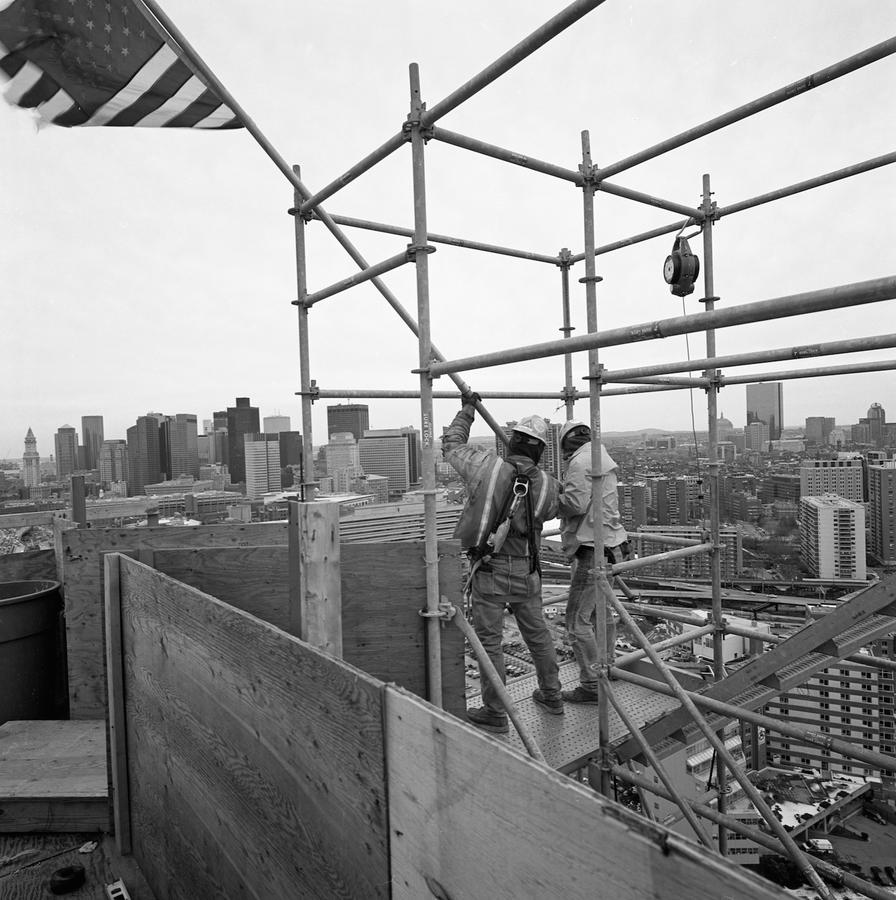 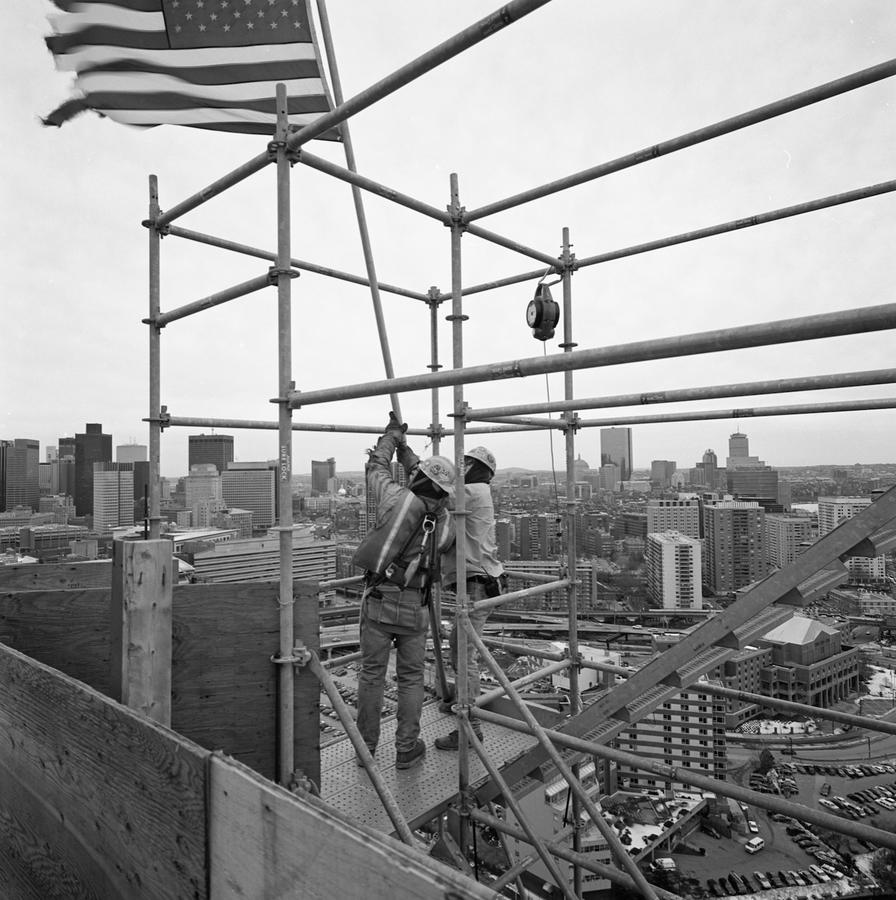 Then the new one went up 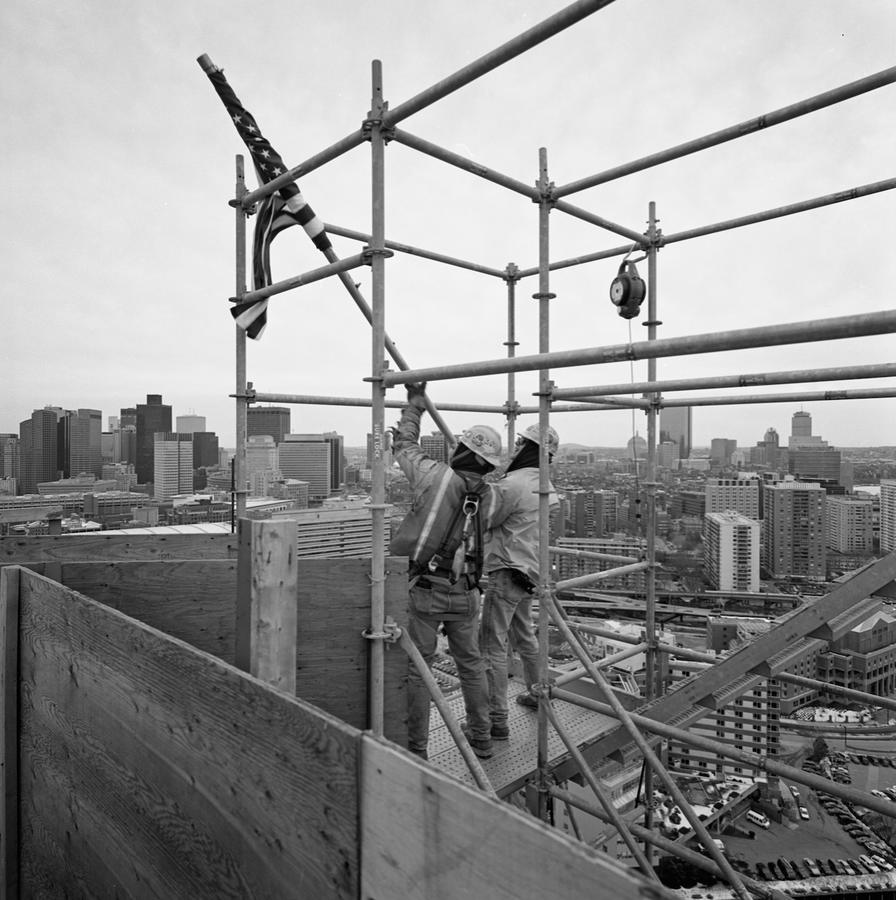 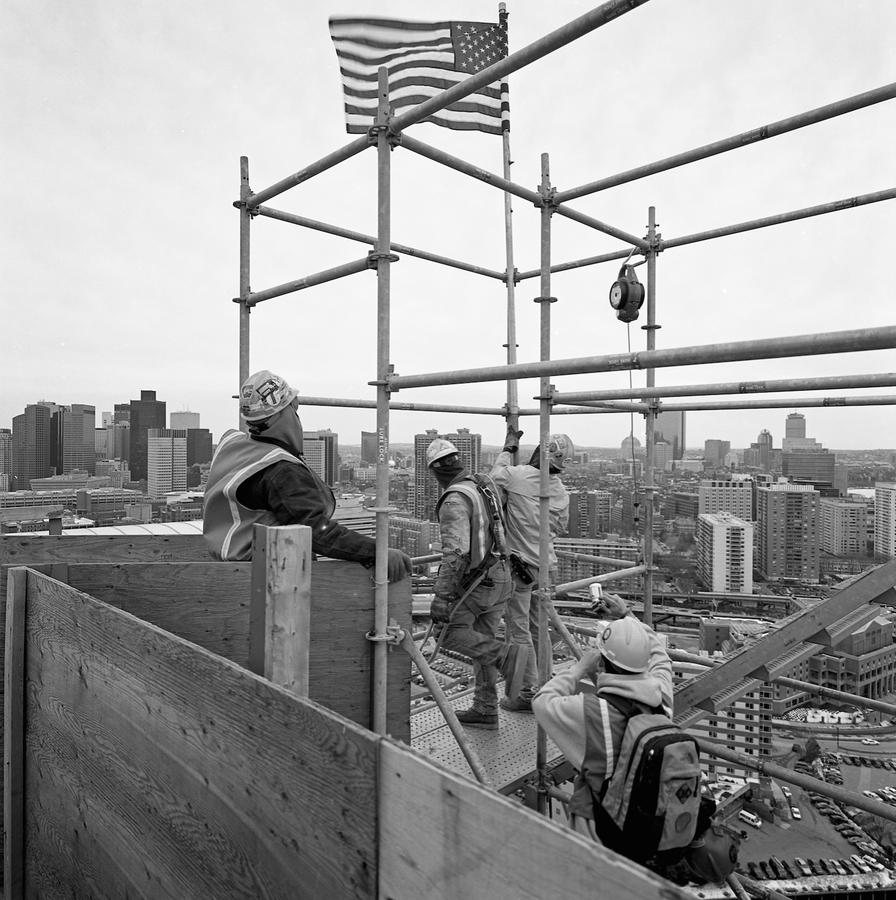 Wonder what the view from up there was like?

First up river towards Cambridge 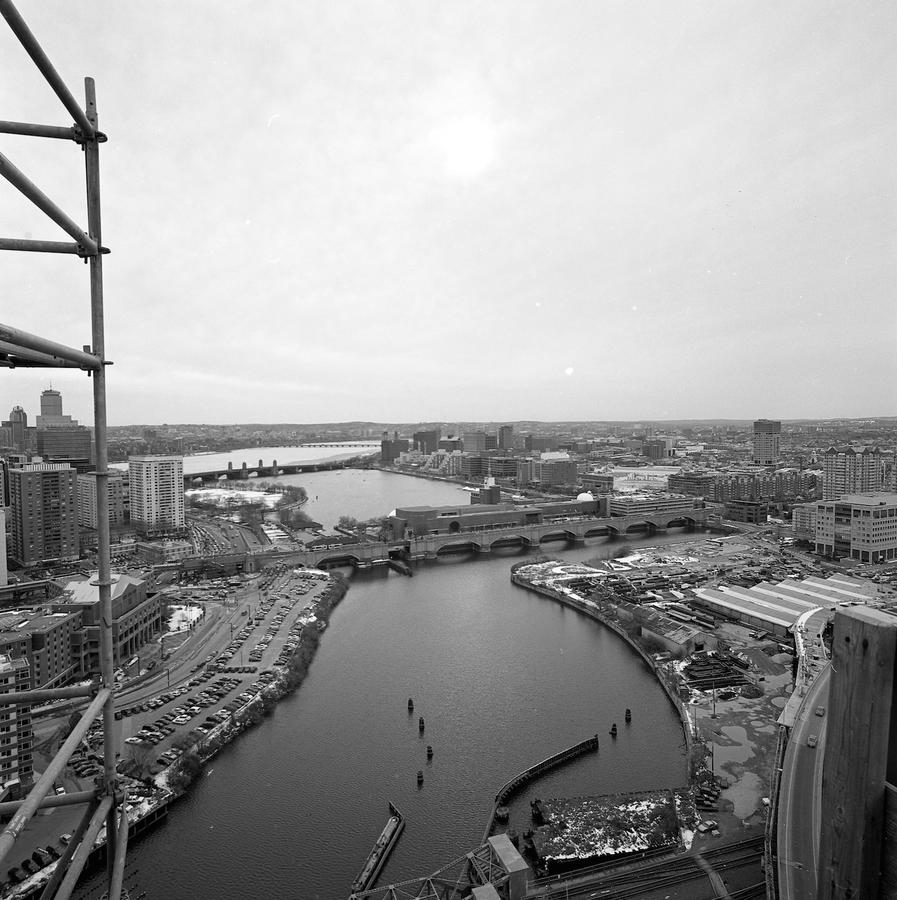 and then of Boston itself, with the incomplete bridge below 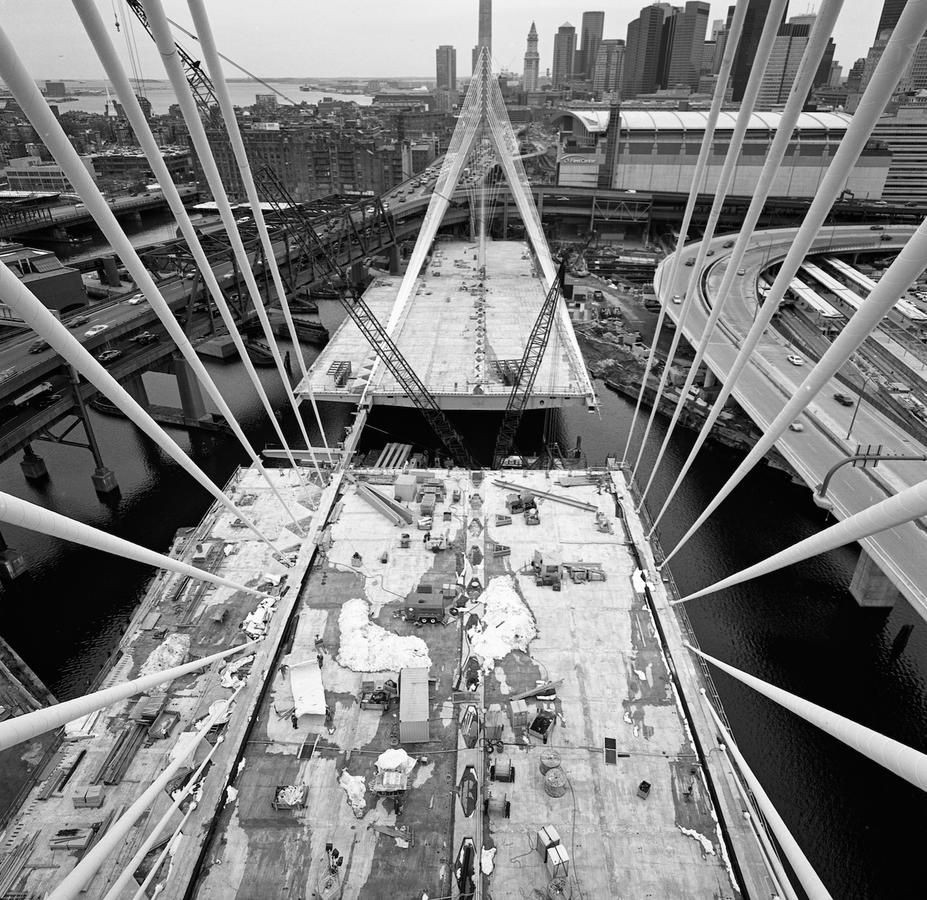 And finally, what the bridge looked like a couple of days ago during our first snowstorm 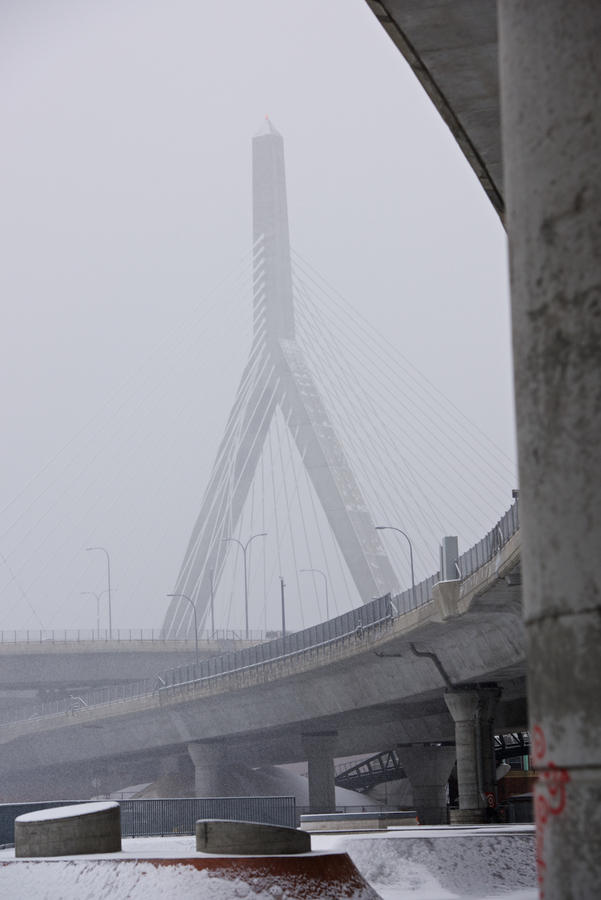 I am glad I went to the top that day, a once in a lifetime chance. And I am pleased to be able to share it with you.