I made Yountville, CA in 1981, less than a year after I made the Nantucket series. This was still a new way for me to work, connecting pictures to pictures, and I was very excited to have found a system that would allow me to make bodies of work, rather than unconnected single pictures.

With these I followed the same model as with the Nantucket pictures. Flat light and walking around an area. In this case it was early morning in March and there was fog that wasn't burning off yet. It kept things flat, good for the pictures I was making in those years. Yountville is one of the towns north of San Francisco in wine country. I have been back to visit the same streets several times since, and have even tried to make new series from the same place, with little success. Yountville is much more built up now. 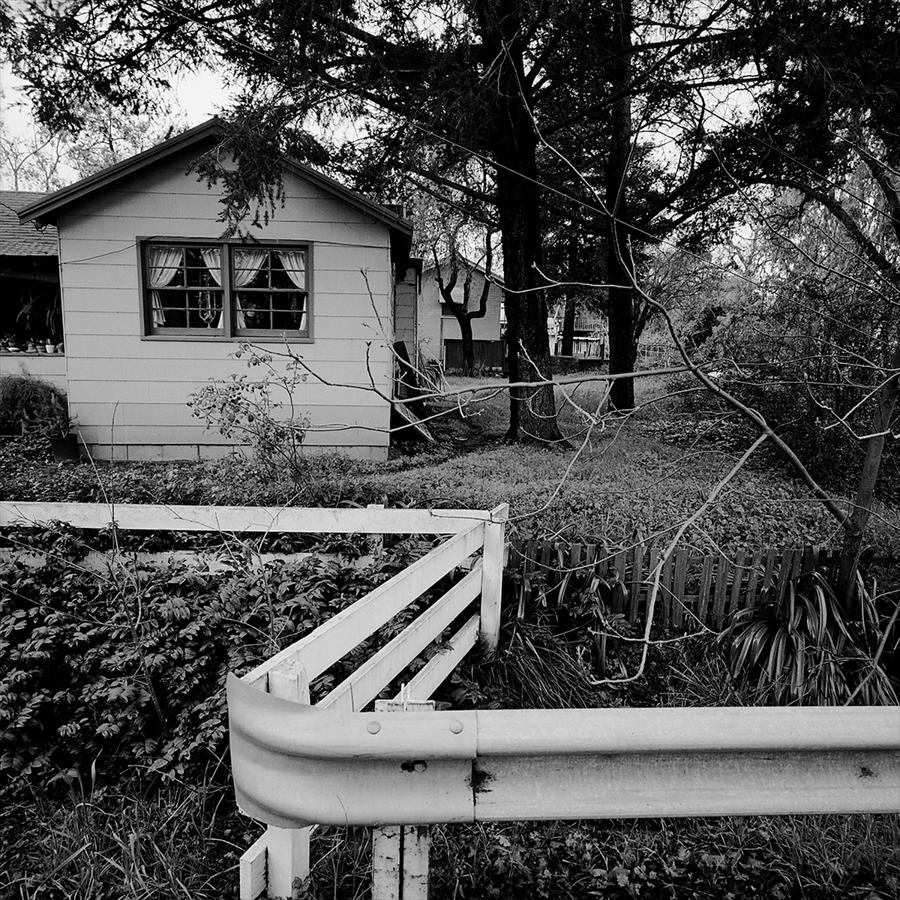 I was interested in forming linkages from picture to picture: 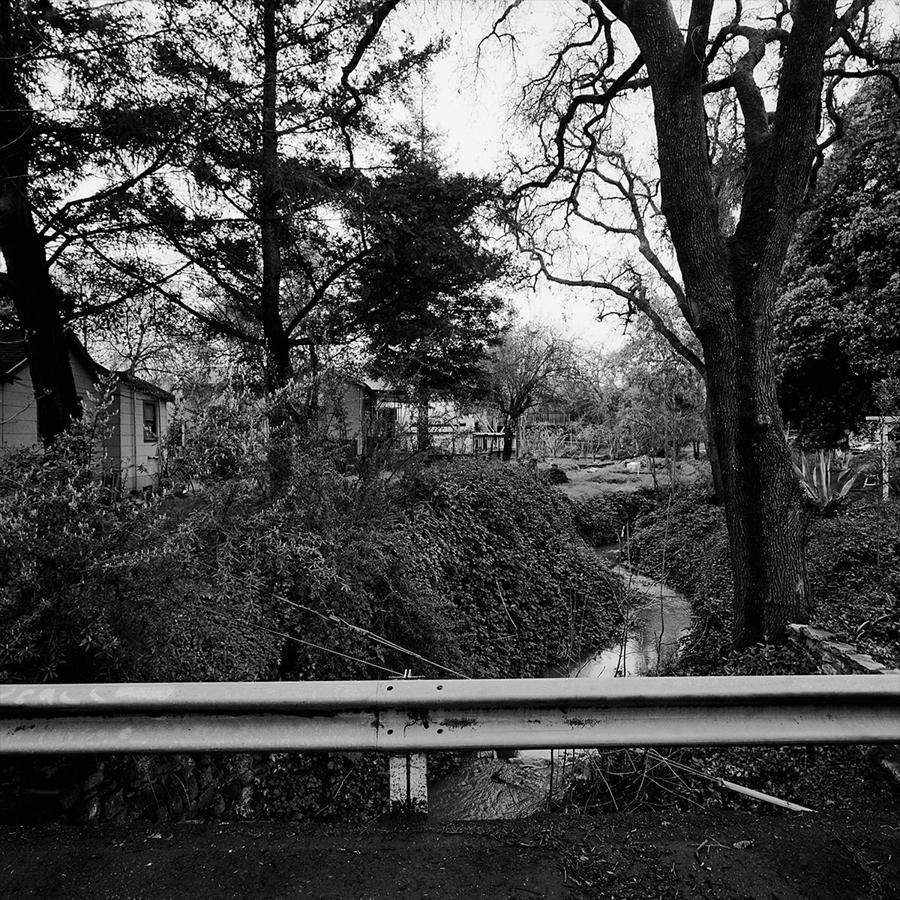 I had no training in this way of working. Graduate school had been mostly about single pictures, not groups or series of pictures and I don't believe we ever talked about sequencing. I don't think I had anyone to talk with about these pictures either. Working in isolation has its rewards, of course, as there's no one there to tell you how wrong you are. On the other hand, working that way makes for work that is perhaps too much a singular view or that has an emotional tone that is unsupportive of the work.

I remember sweating bullets over the prints. With the Nantucket series I'd established a precedent for flat prints but ones that were full, meaning that the prints could go into deep blacks but still stay predominantly in the grays without strong highlights. With Yountville I worked to do the same.

What was printing like then? I had a darkroom carved out of a 1/2 bath in my apartment, with the enlarger mounted above the toilet. Turn 180 degrees from the enlarger and bang you were right in front of the developer, sitting in a sink that I'd made that was about 8 feet long. Two to three minutes and then the stop bath to the left and then into the fixer, agitated, then white light on after 45 seconds or so. Look at the print, decide what could be improved, turn off the light, go back to the enlarger, pull out another piece of paper and repeat. And so on, often for several prints. After fixing, the print went into a holding tray of water. When it was time to final wash the prints I would put them one at a time into a Zone VI plexiglass washer for 10 minutes or so, then into fixer remover which also had rapid selenium toner in it, then back for a final wash of 20 to 30 minutes, then the prints were squeegeed and placed face down on a plastic screen drying rack. The prints would dry over night. 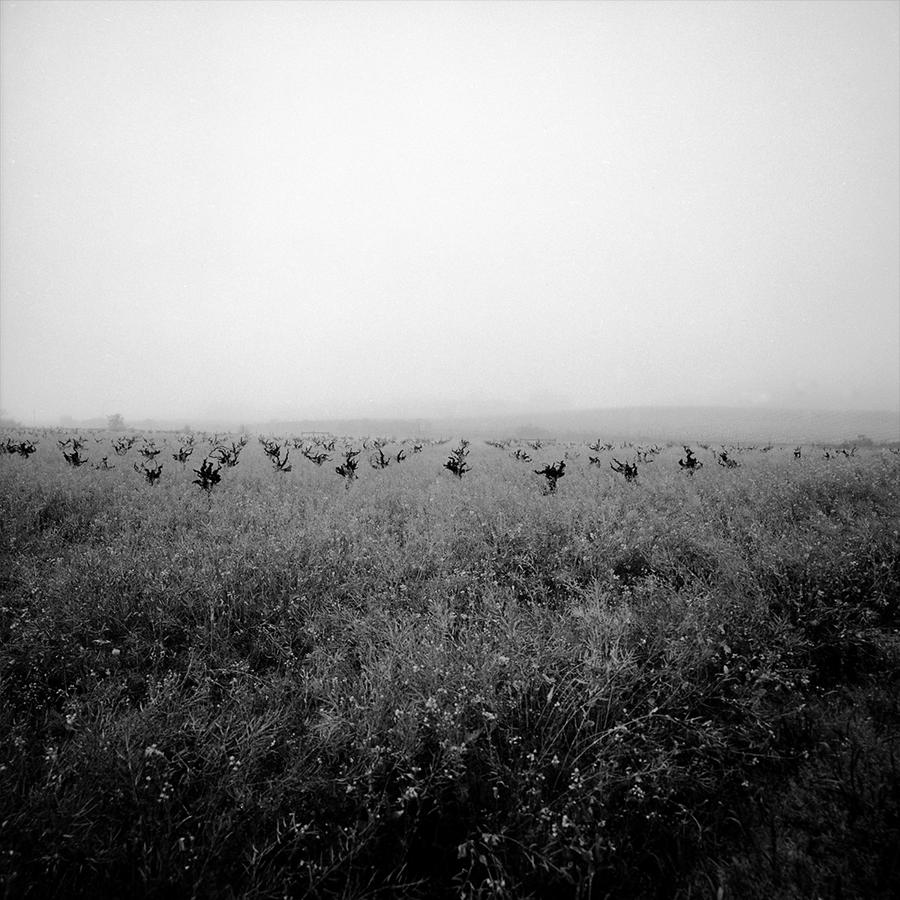 Yountville has been shown numerous times and is included as the first series in the monograph "American Series", published in 2006.