In this post on the wheat pictures I've been making for the past twenty years I will look at the years from 2008-2012 to show my present practice of photographing in the Palouse in Washington from the ground.

To lay the foundation: in these years I am only working digitally and am not shooting film anymore. So, no darkroom prints. My pictures from 2008 tend to look like this: 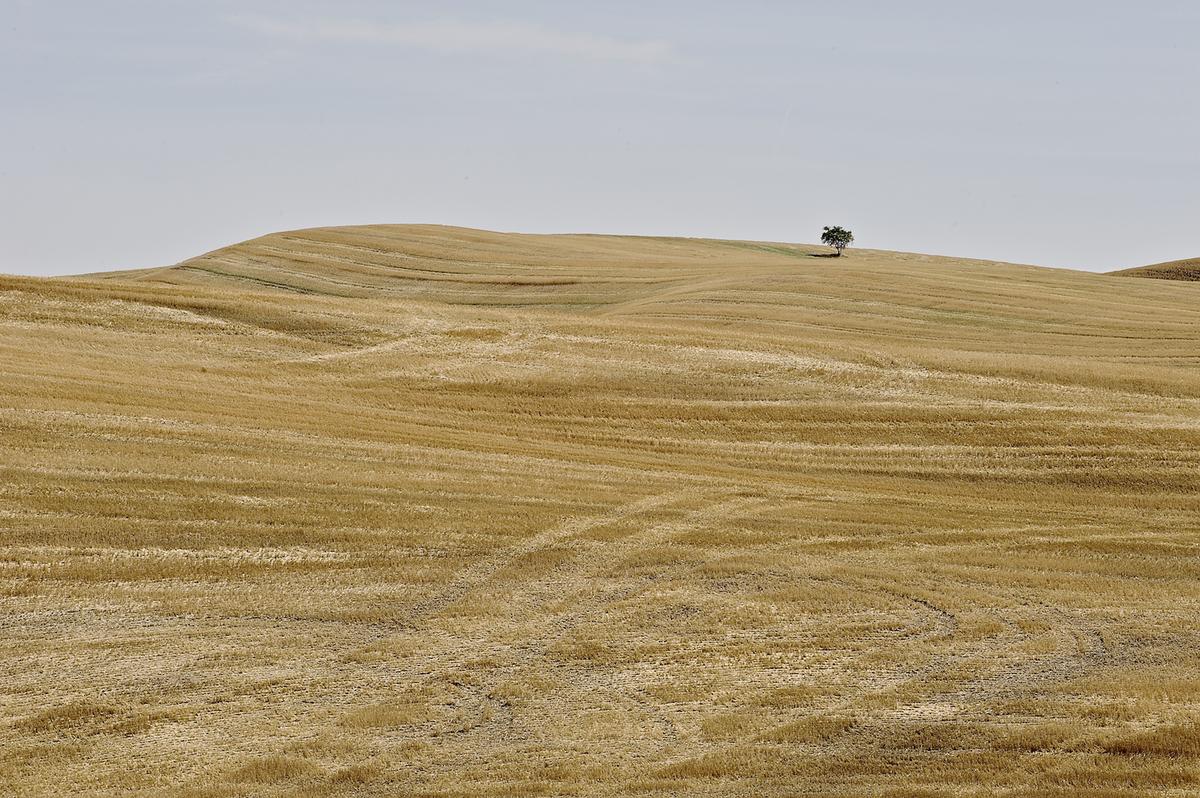 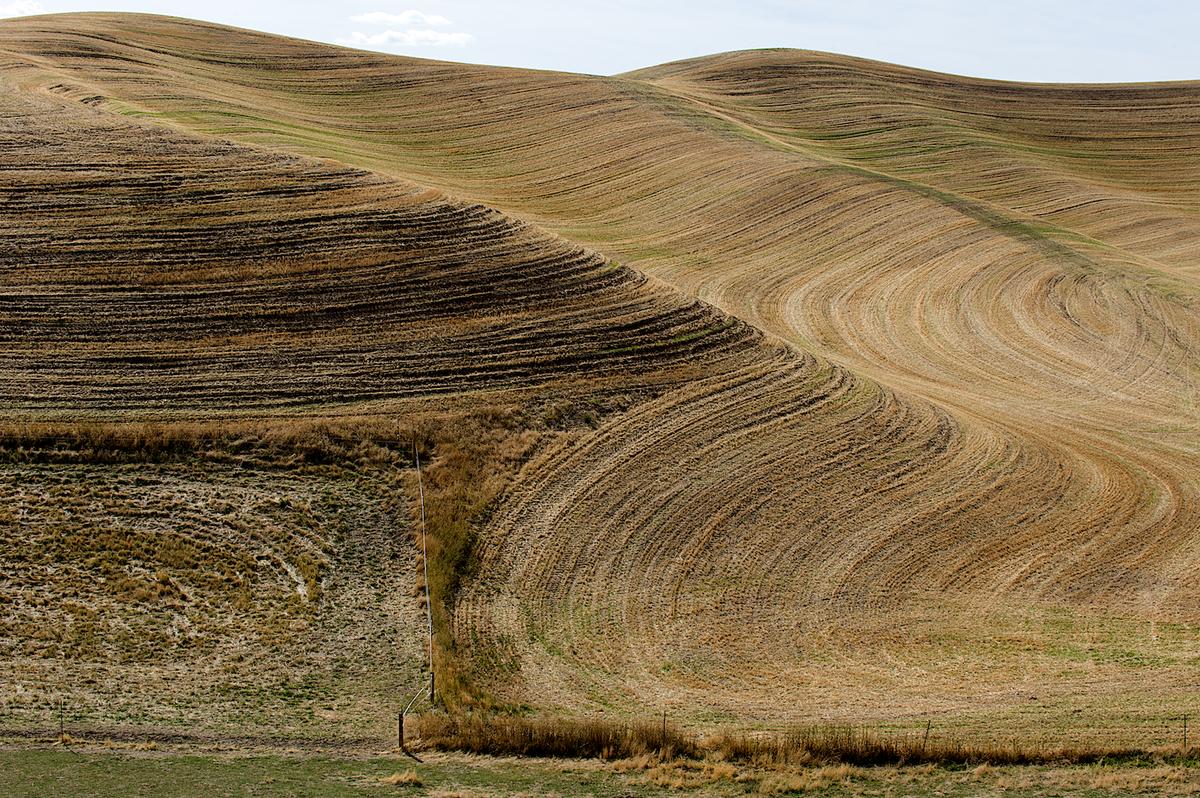 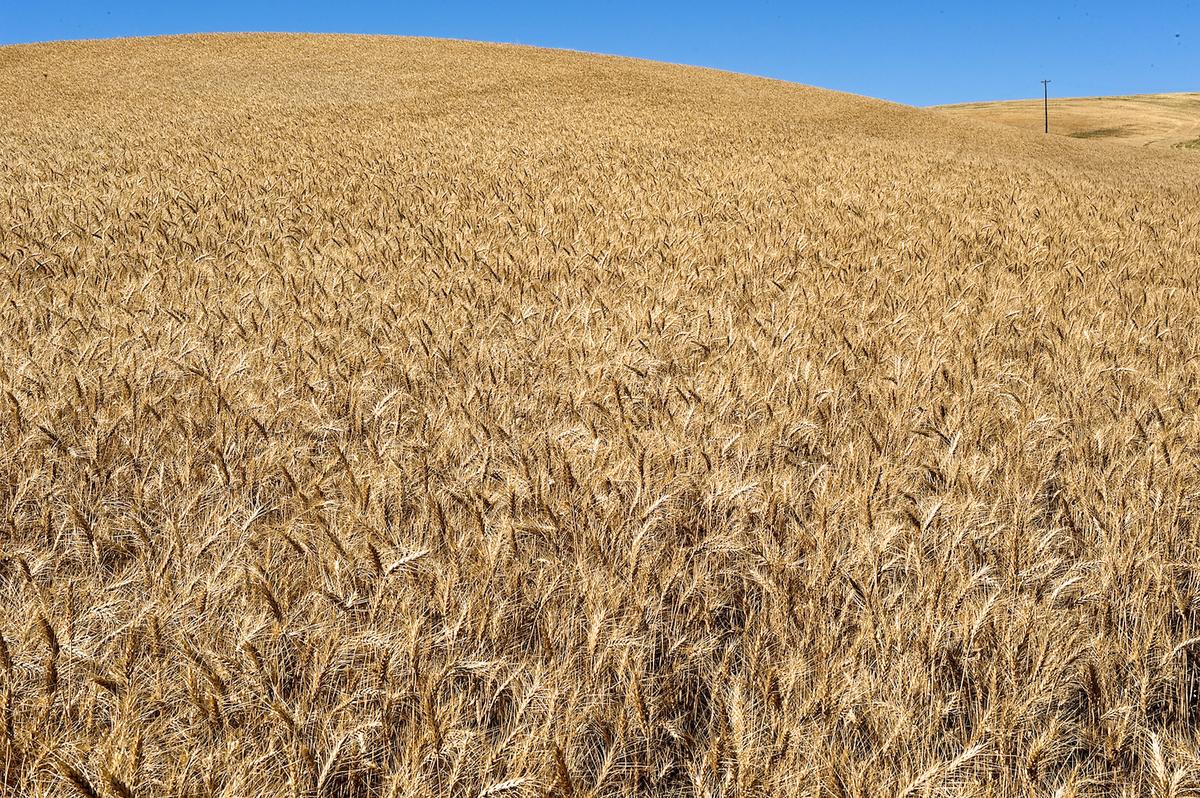 from a trip in late August. 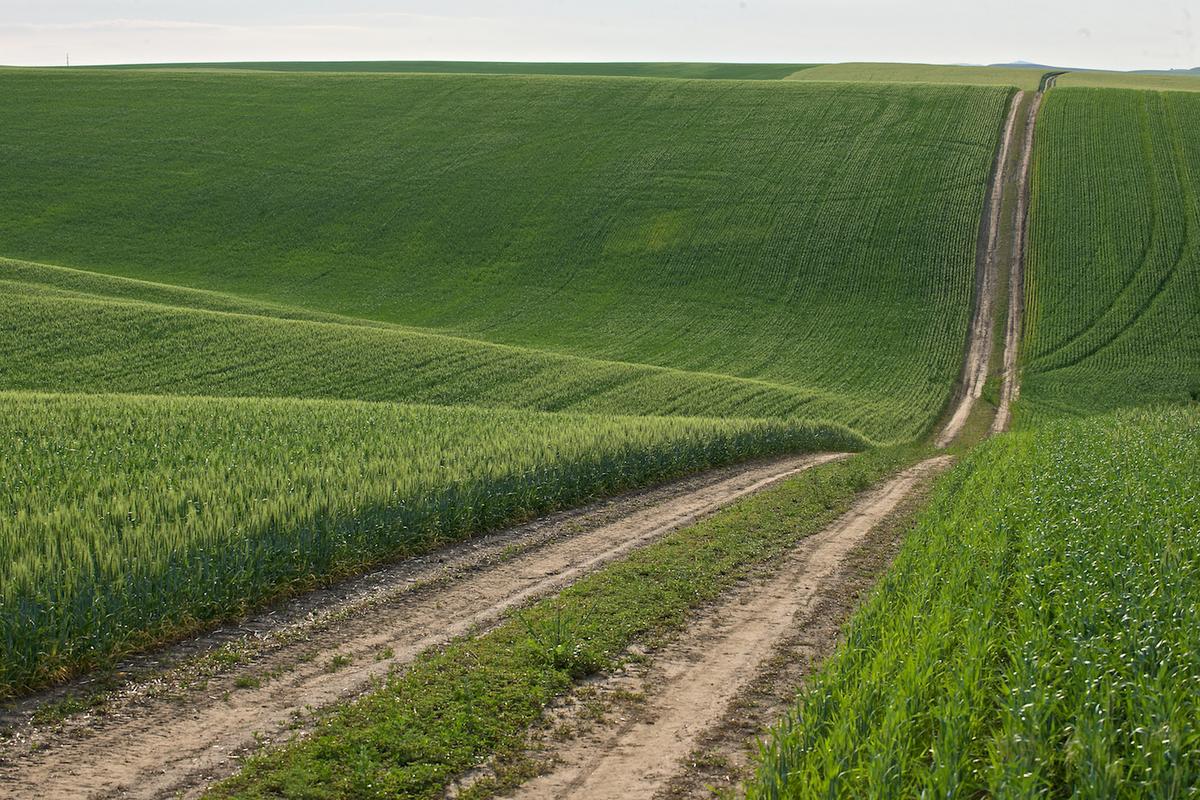 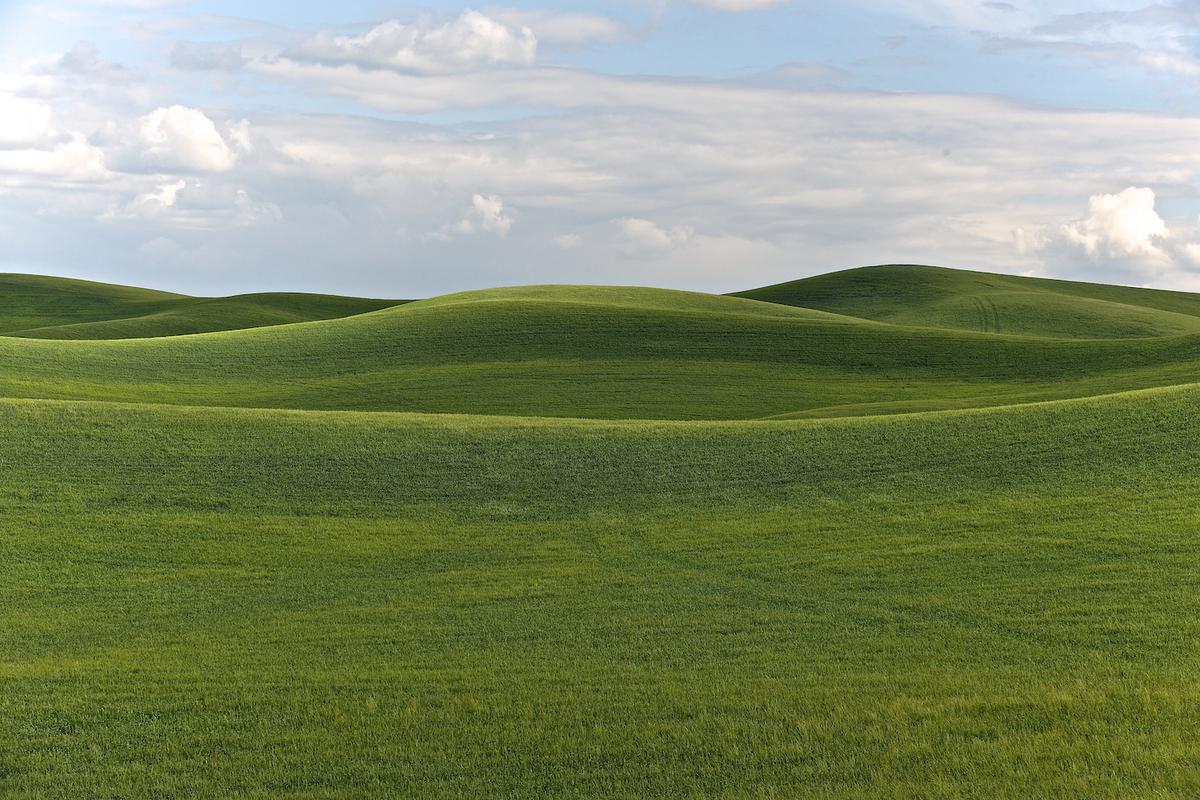 These last two are in the permanent collection of the Museum of Art of the RI School of Design in Providence and were included in the exhibition America in View: Landscape Photography 1865 to Now. 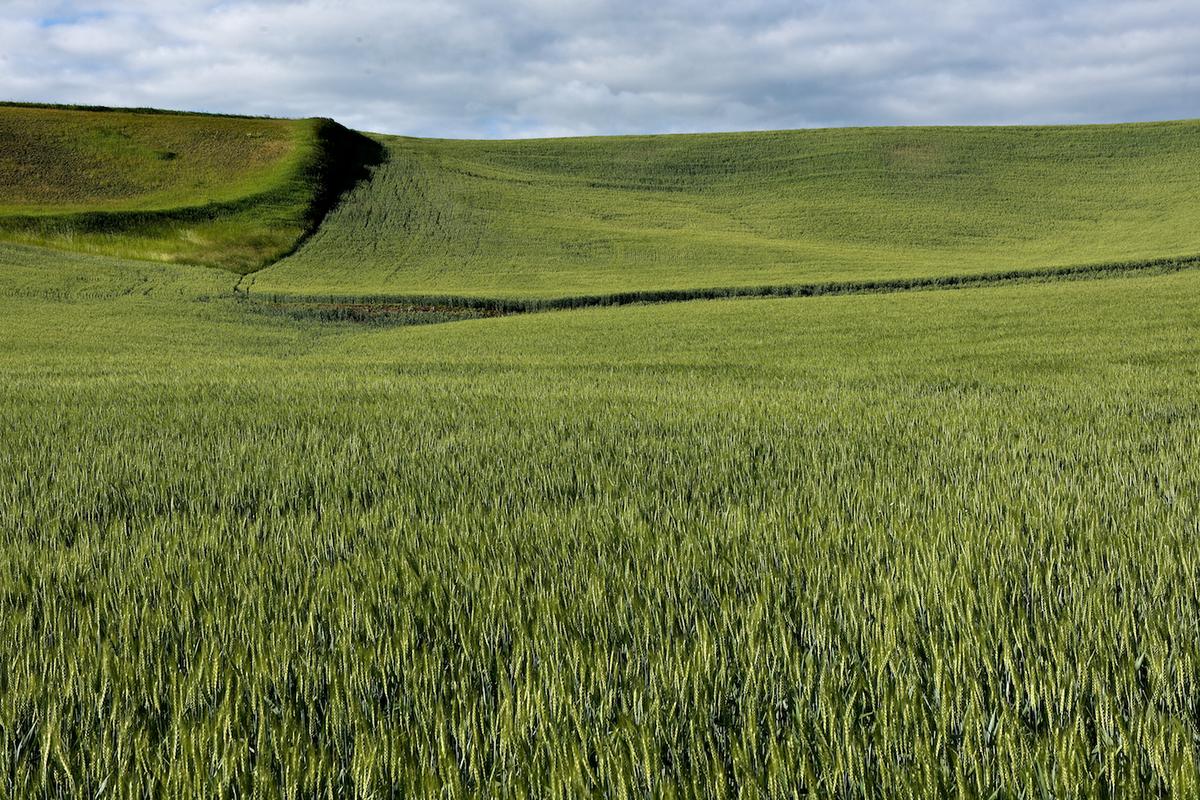 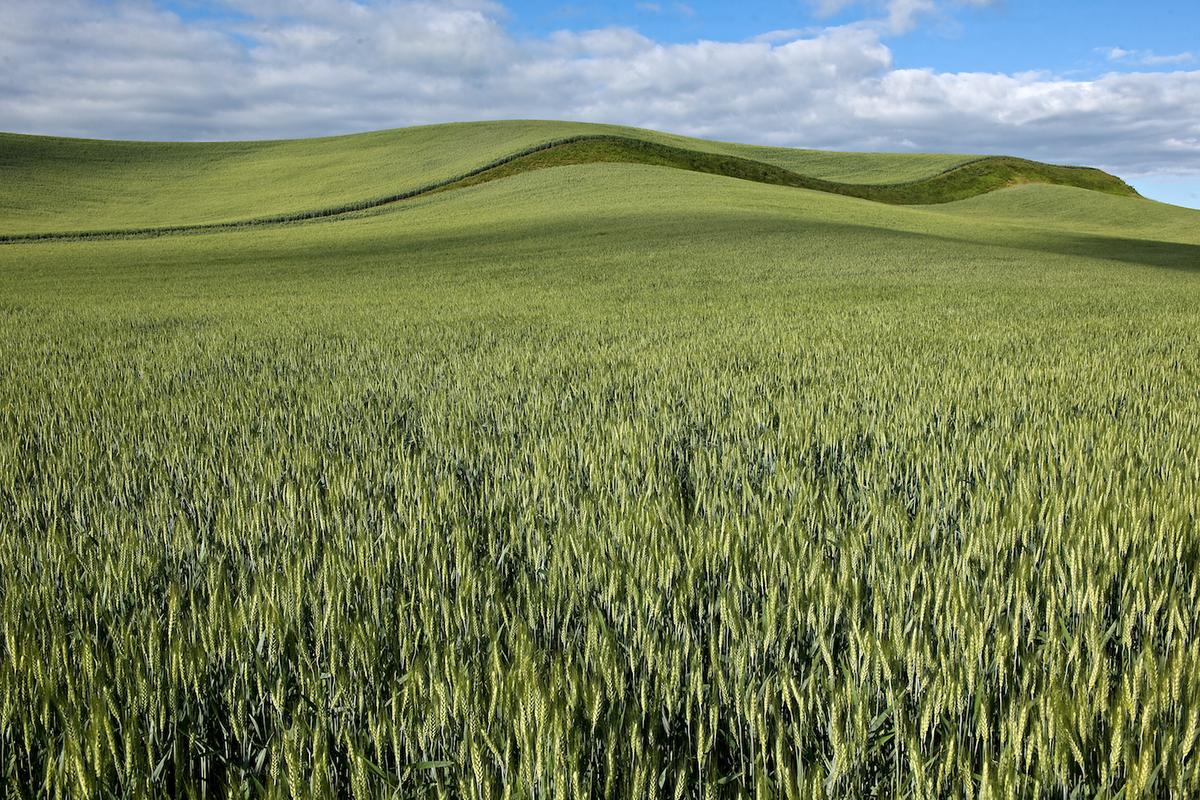 The exhibition ended in January, 2013. I am proud that they were hung right across from a very beautiful Richard Misrach print. 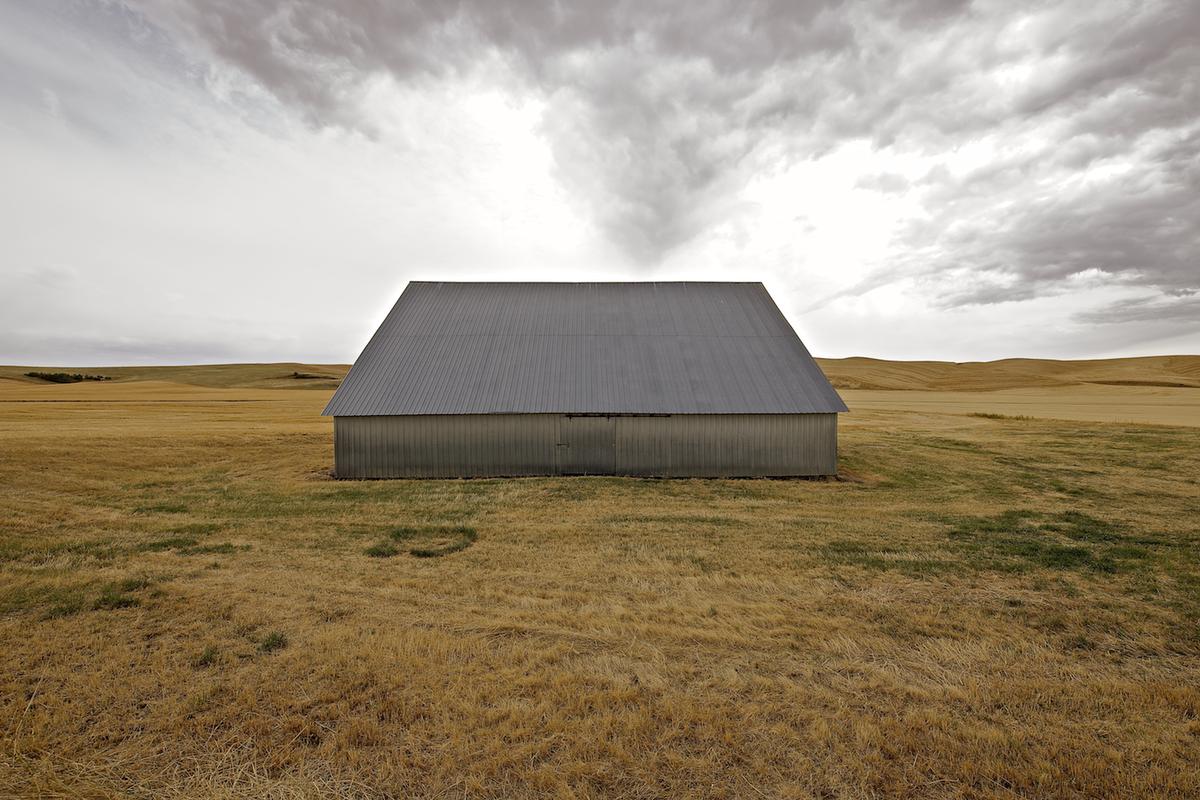 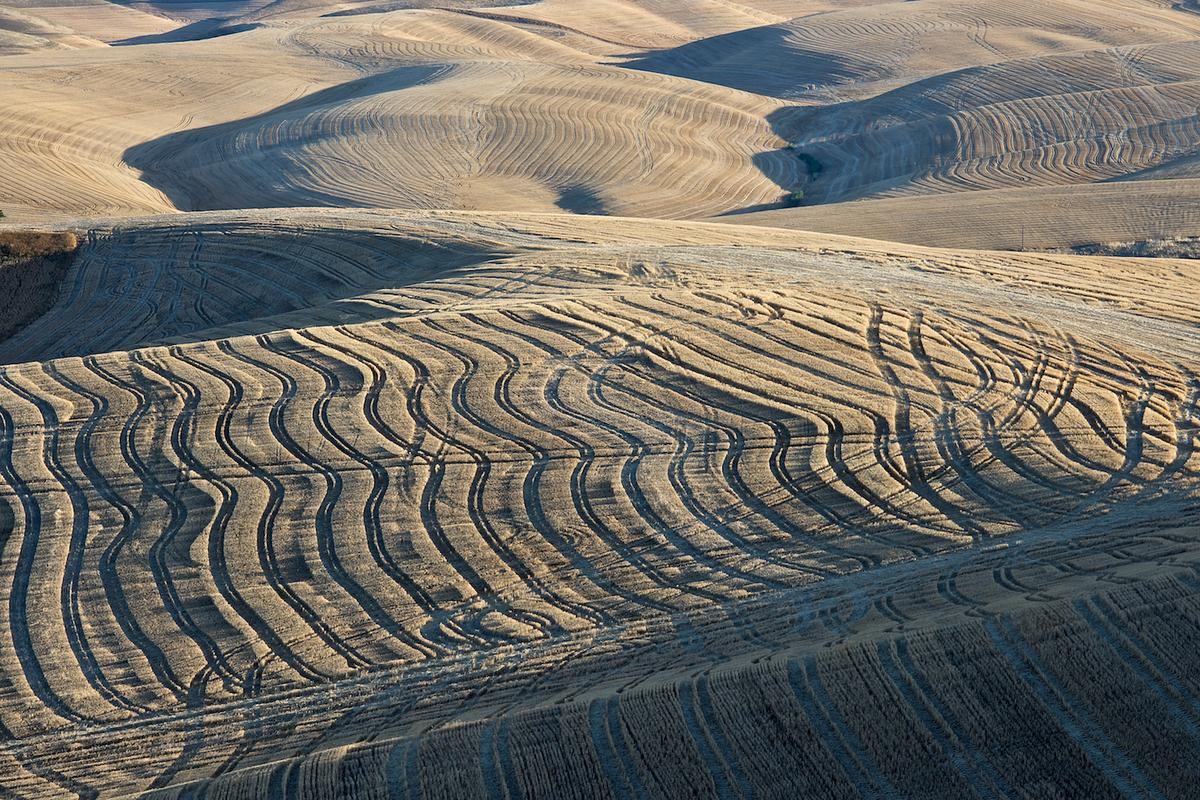 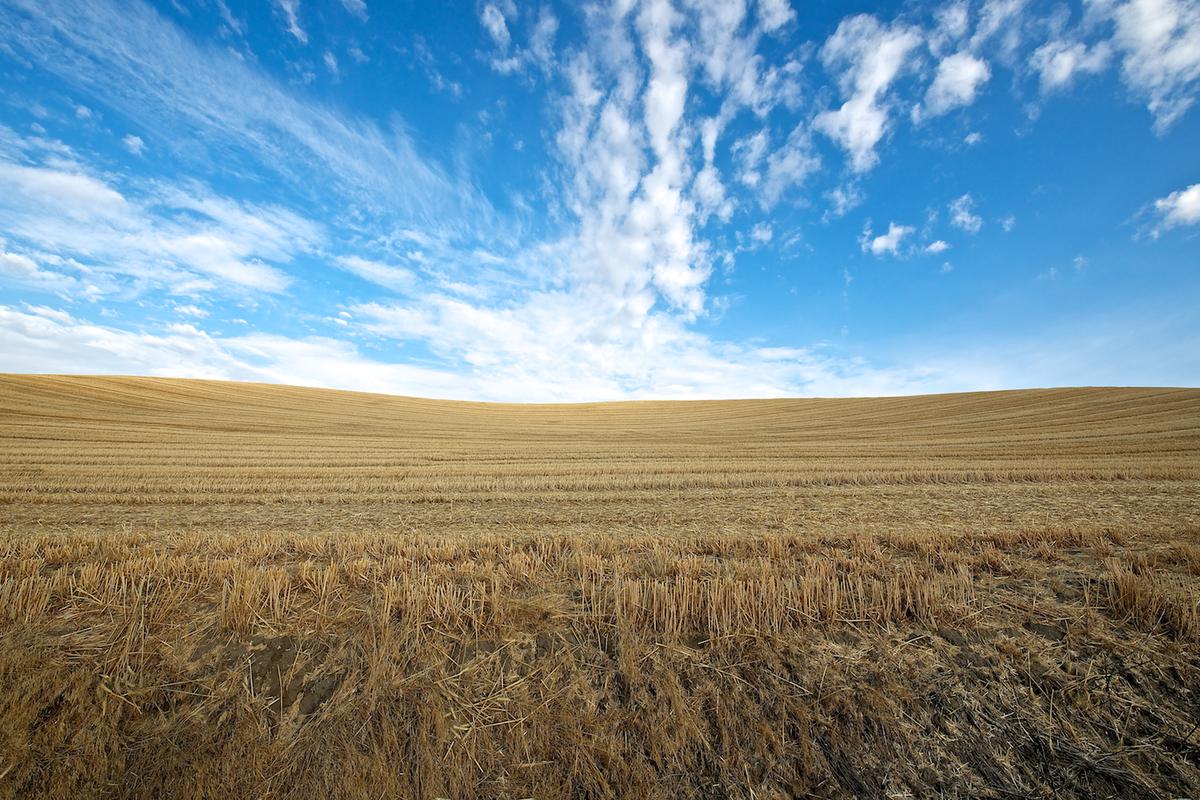 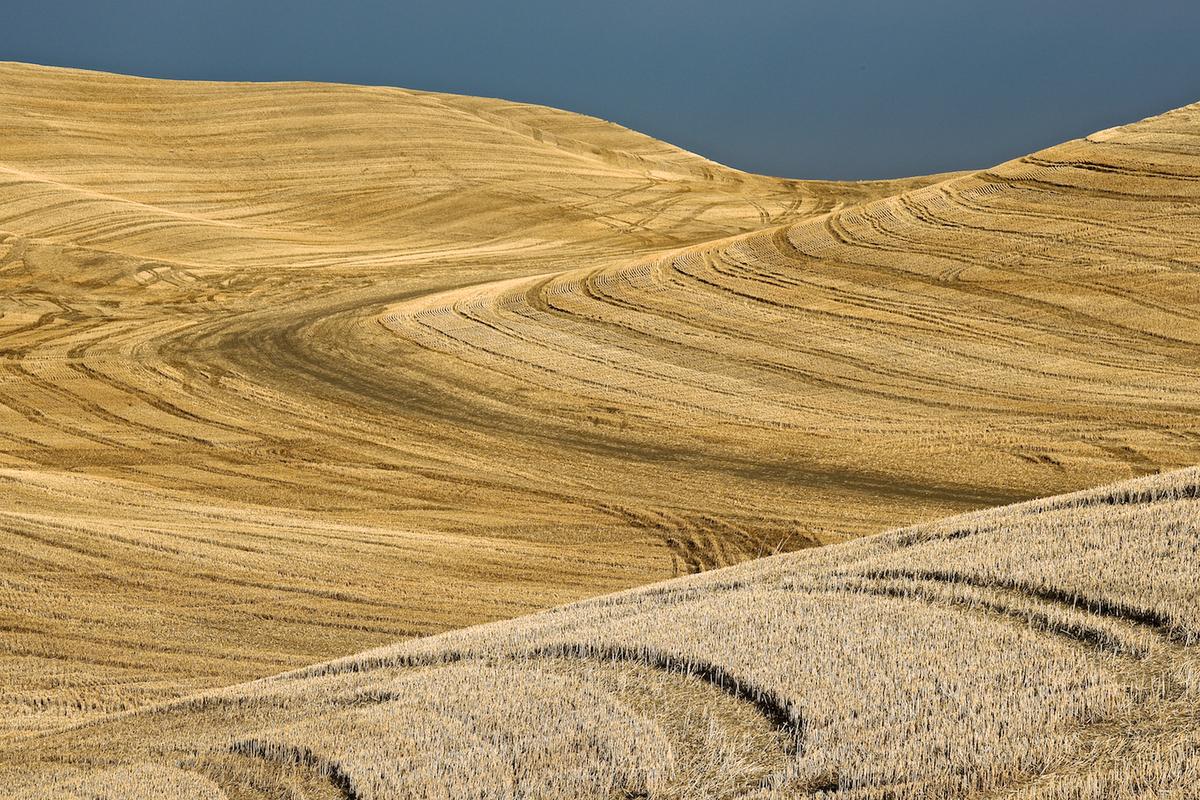 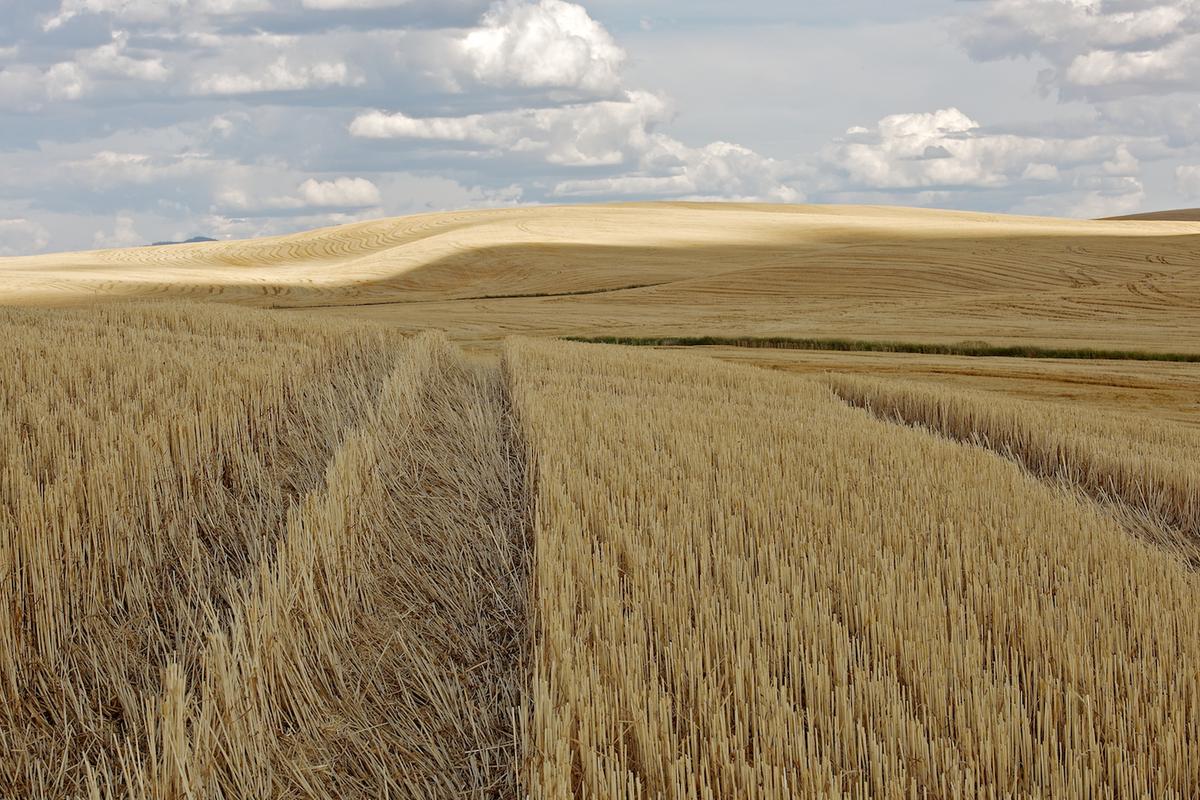 And these below are from the 2011 trip (Wheat 2011), which was about a month earlier than I'd ever been, in mid May. A very different landscape: 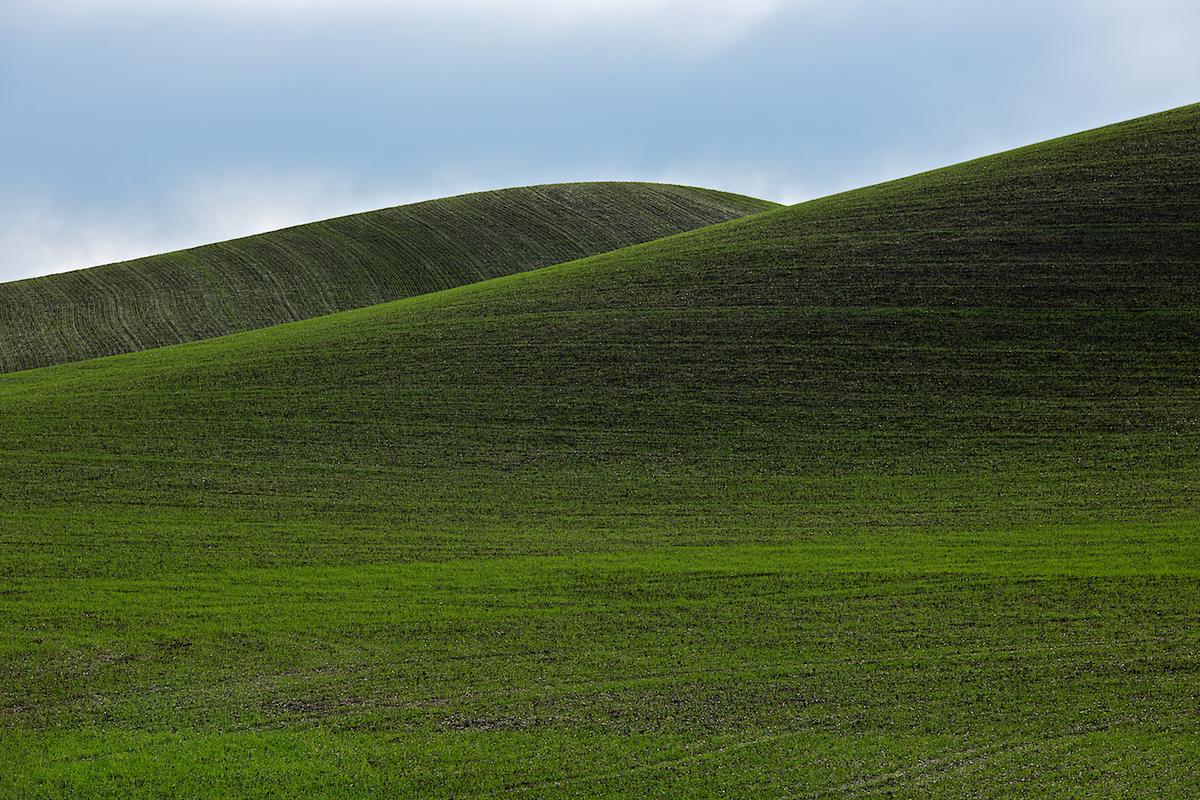 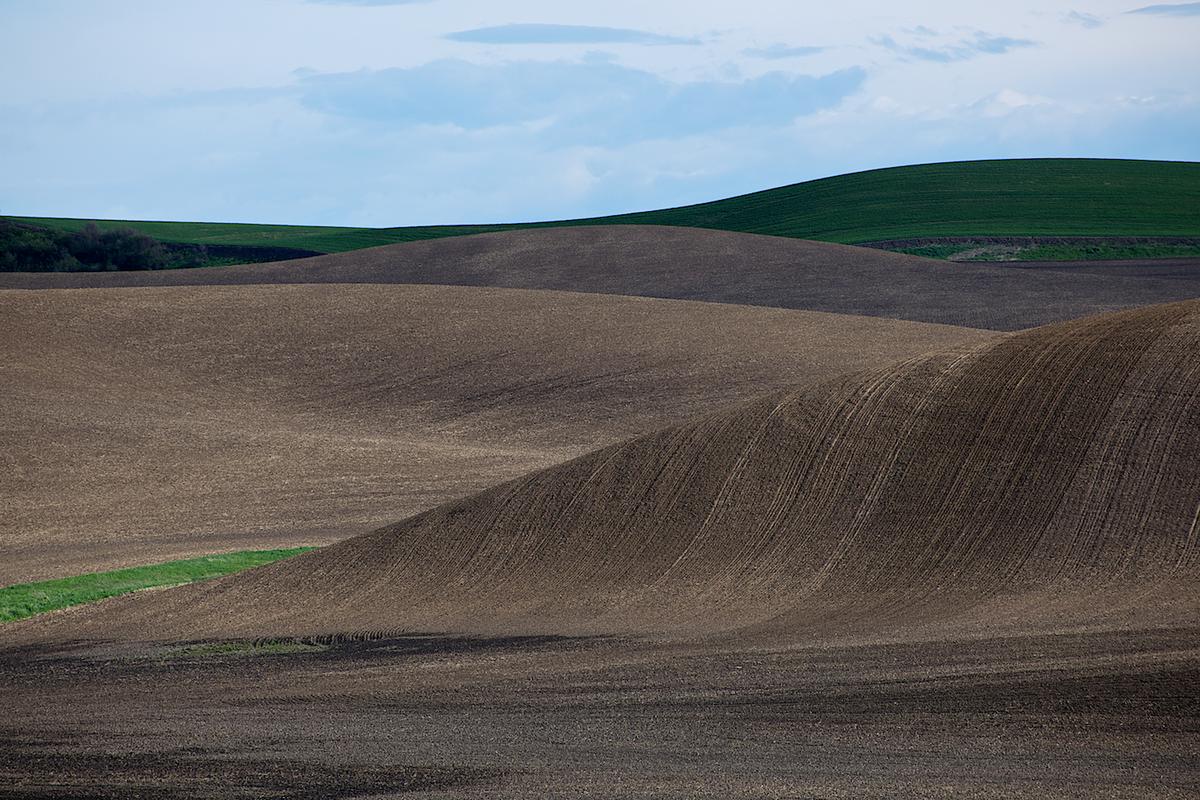 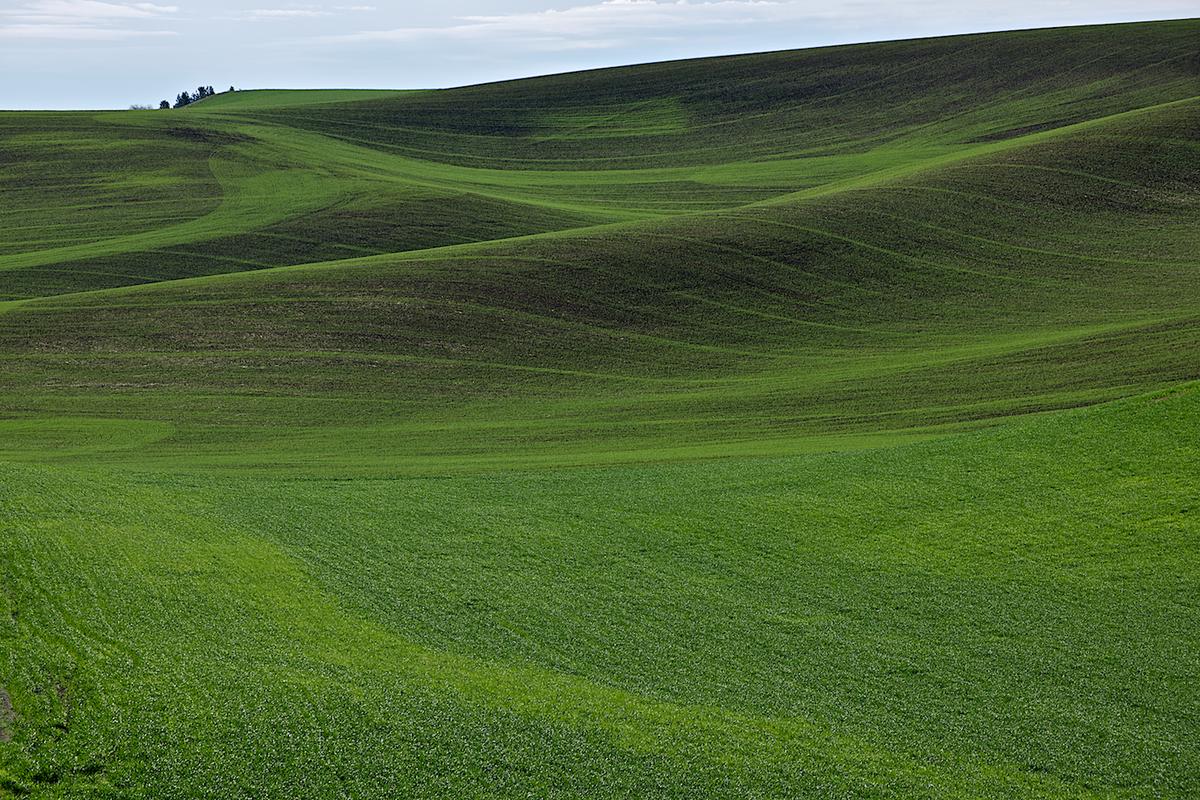 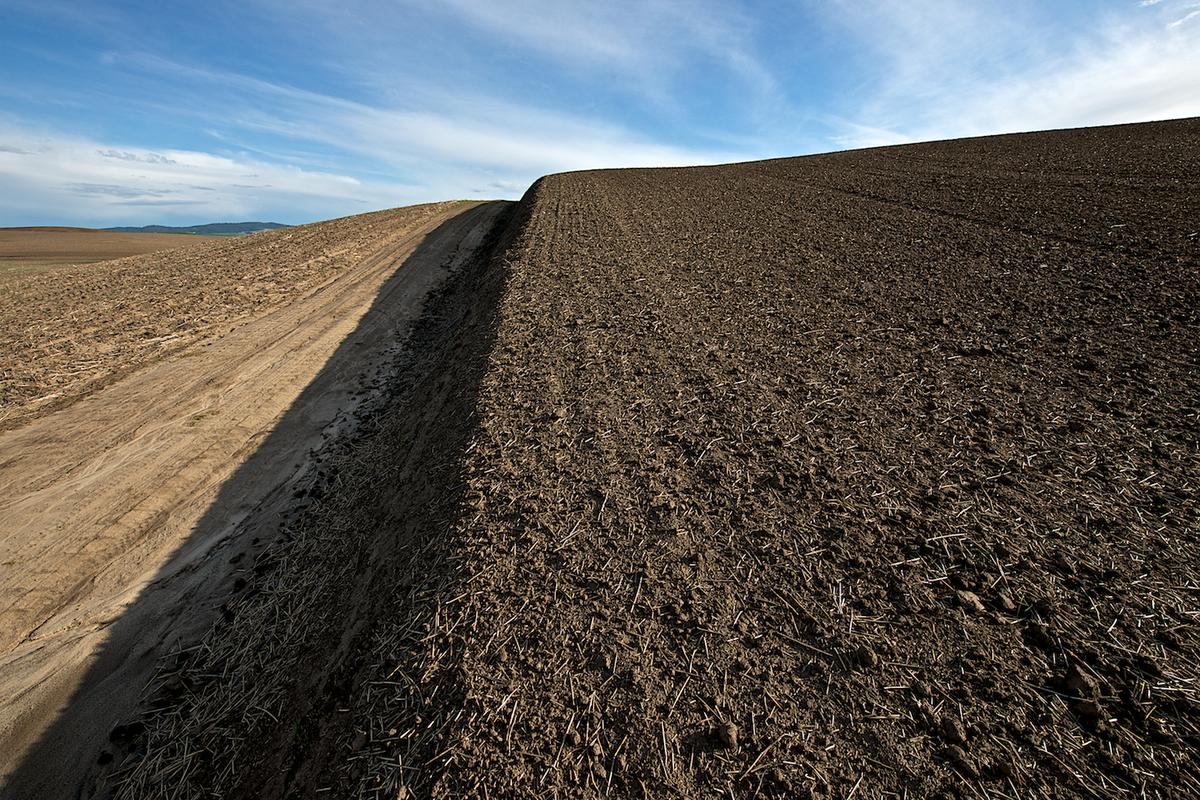 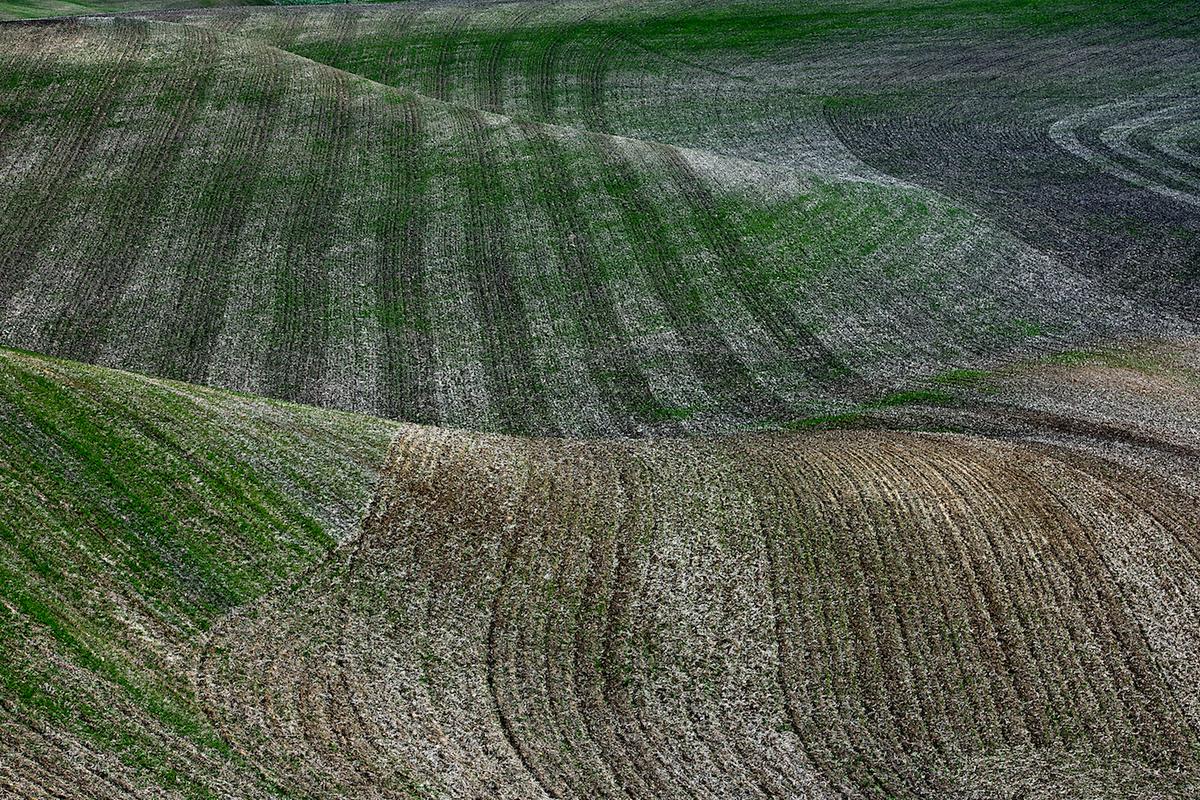 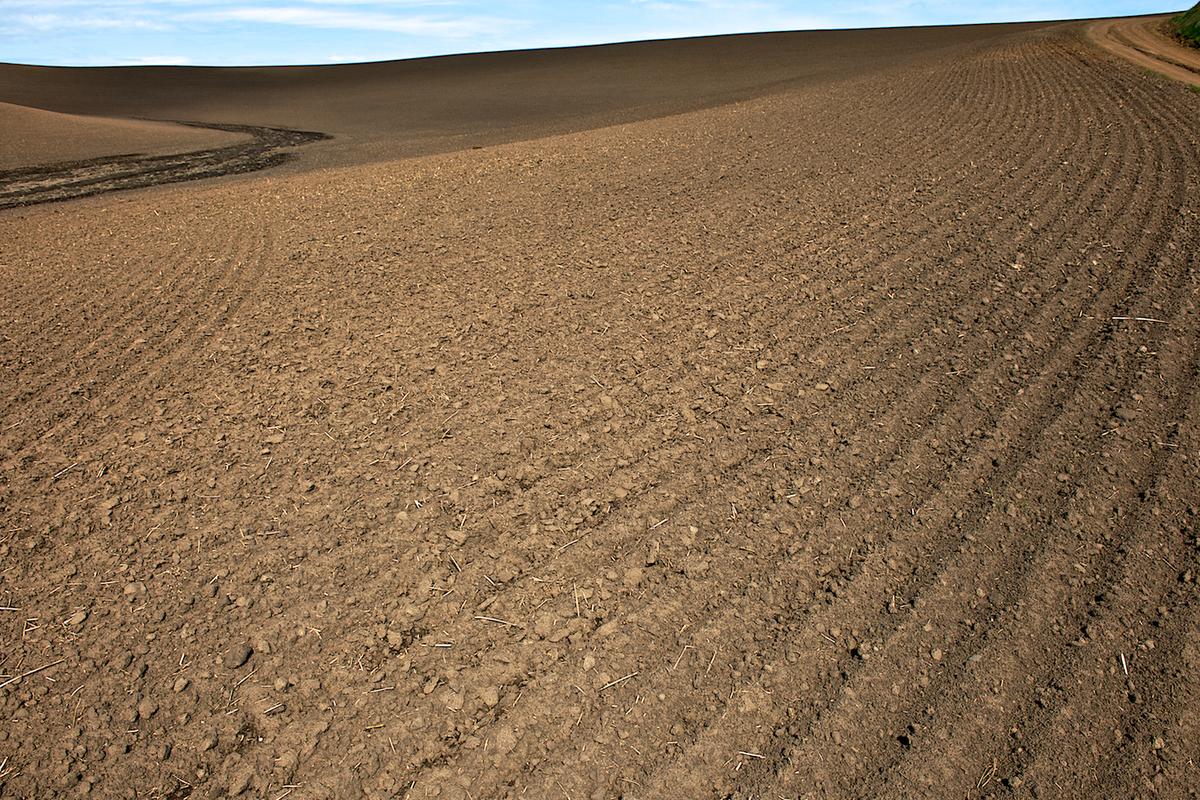 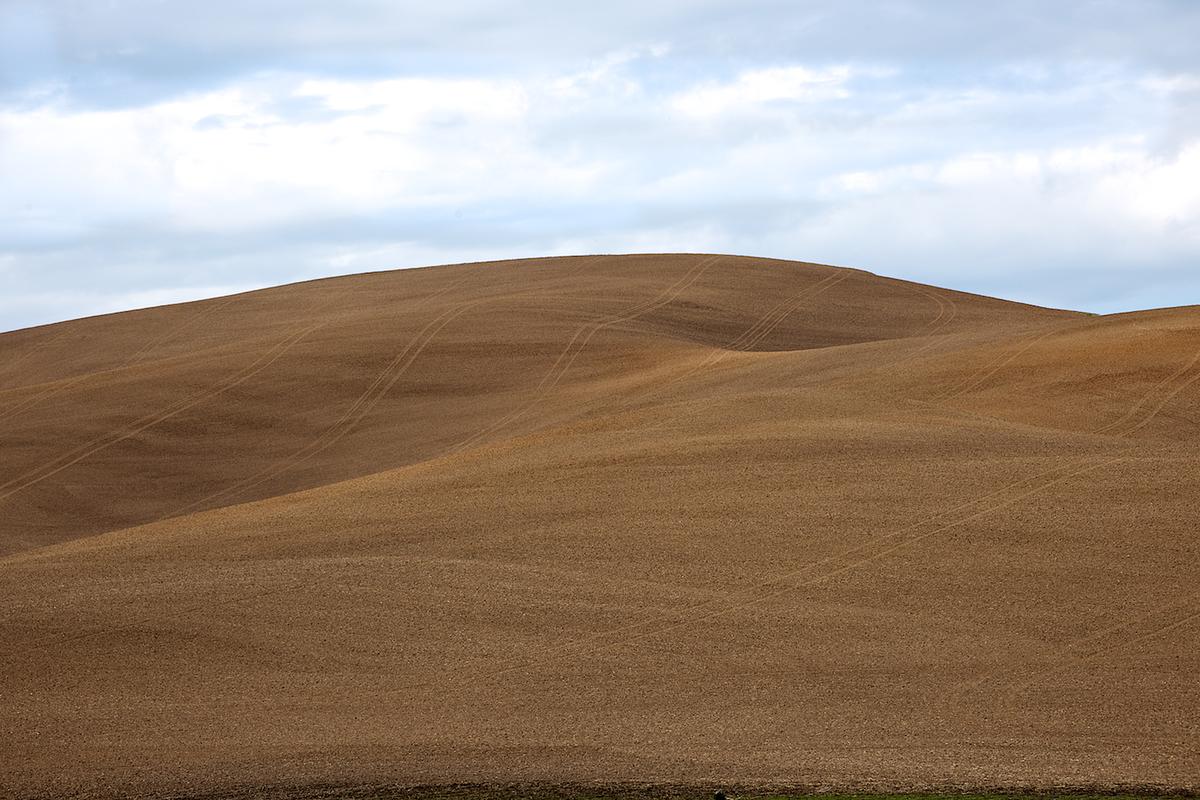 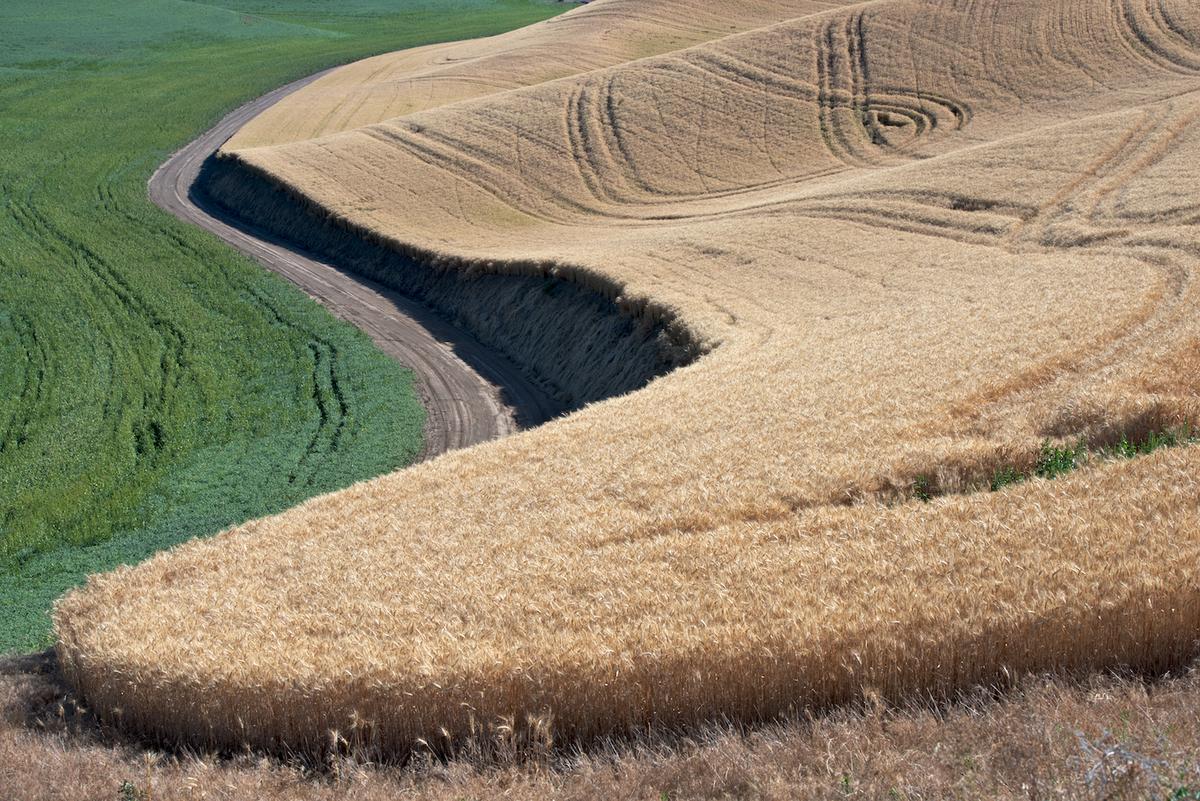 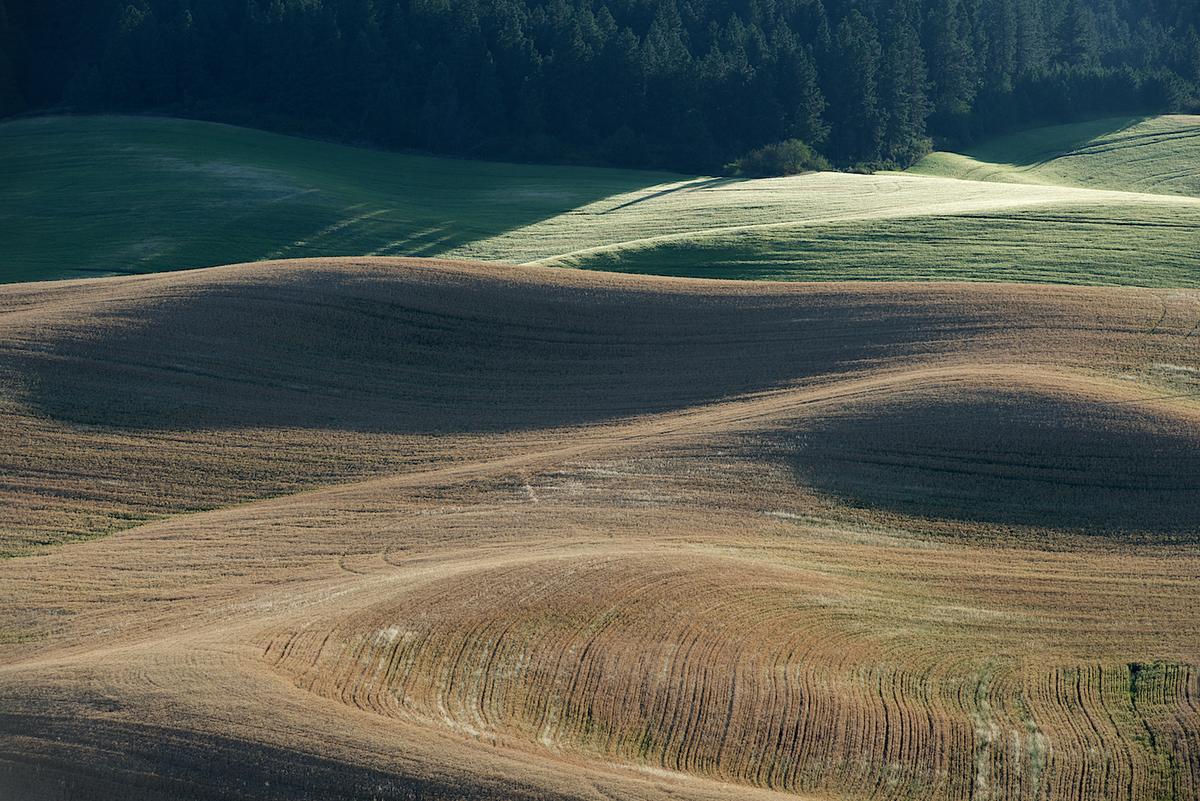 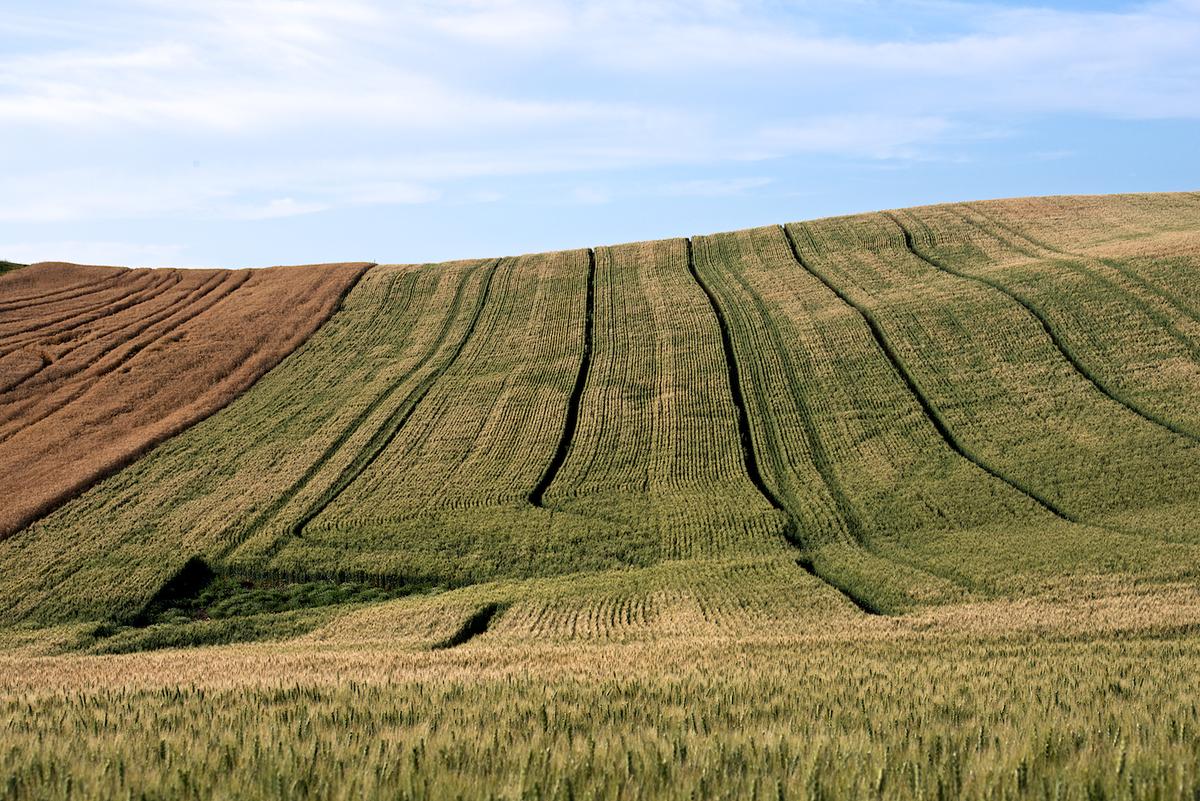 This is a time where the wheat is growing and green but some fields have been cut or are about to be cut to harvest the first planting. Colors range from the golds and browns you see here to a dusty green. It is a time when the area is at its most lush. It also is the time of year when I first photographed the Palouse in the 90's and when the area seems most like a kind of paradise. 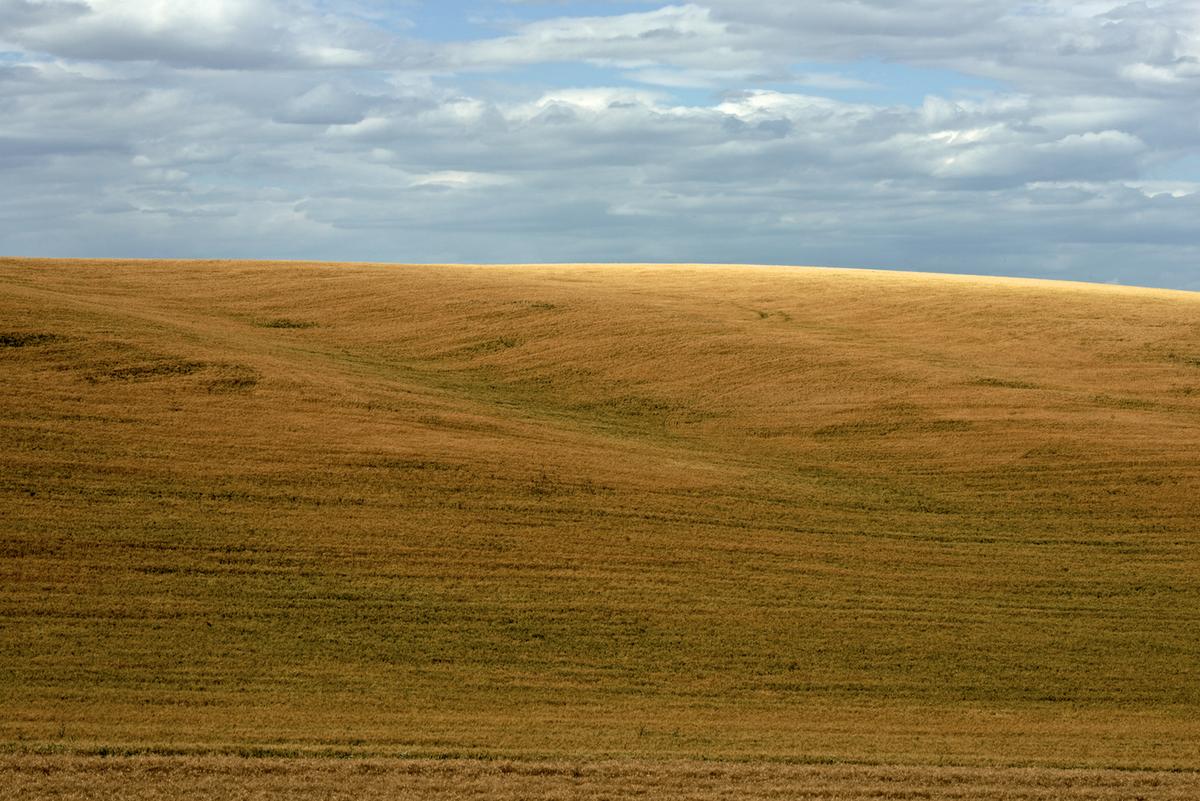 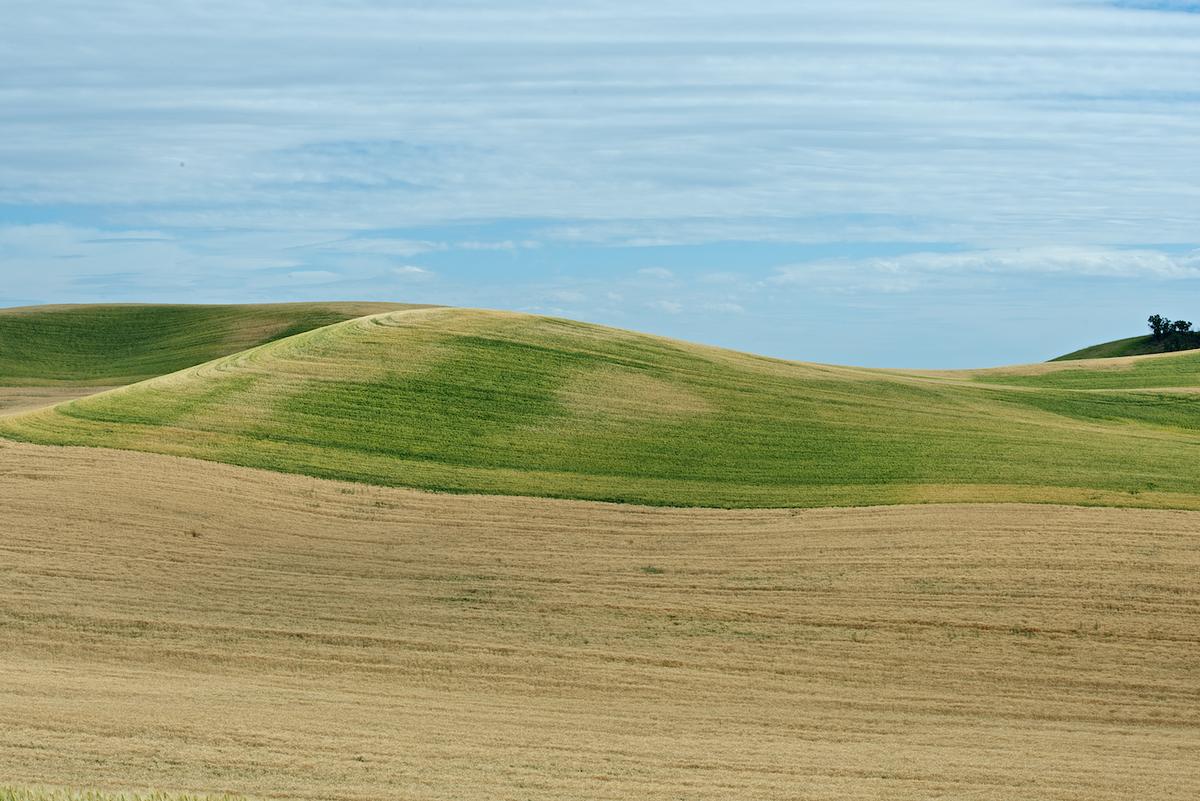 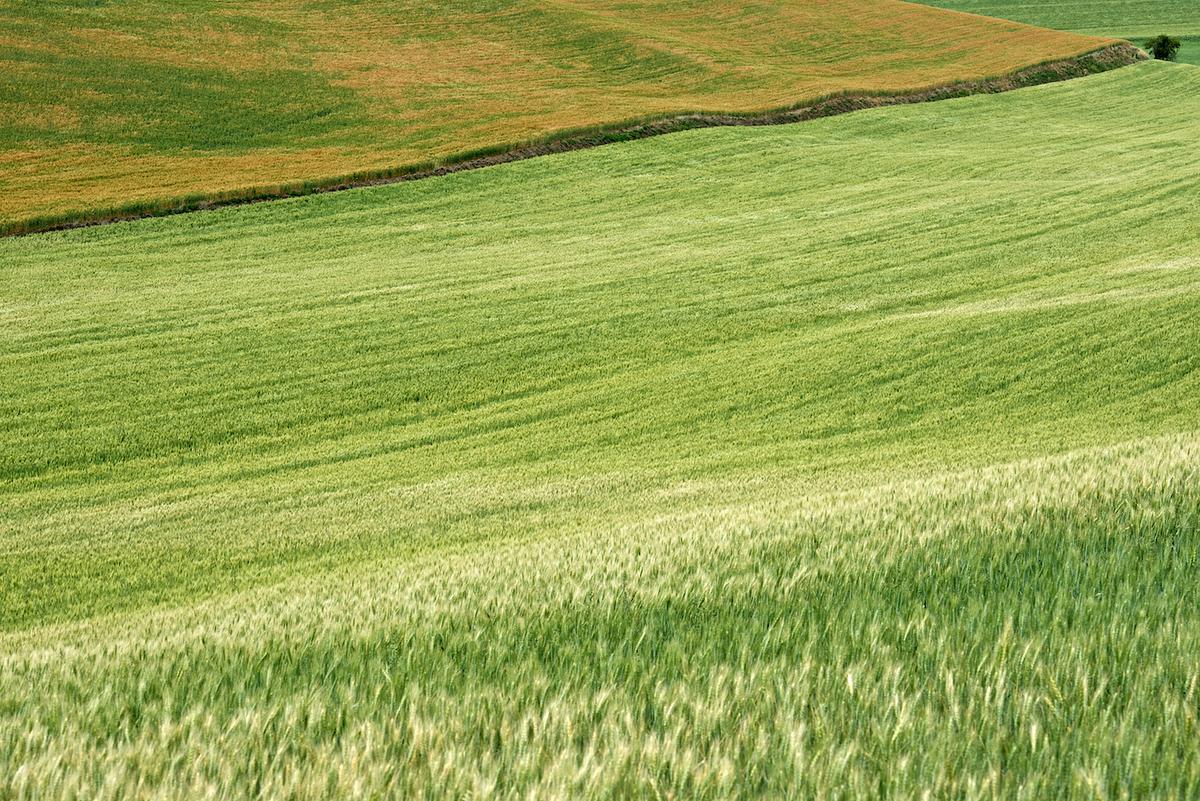 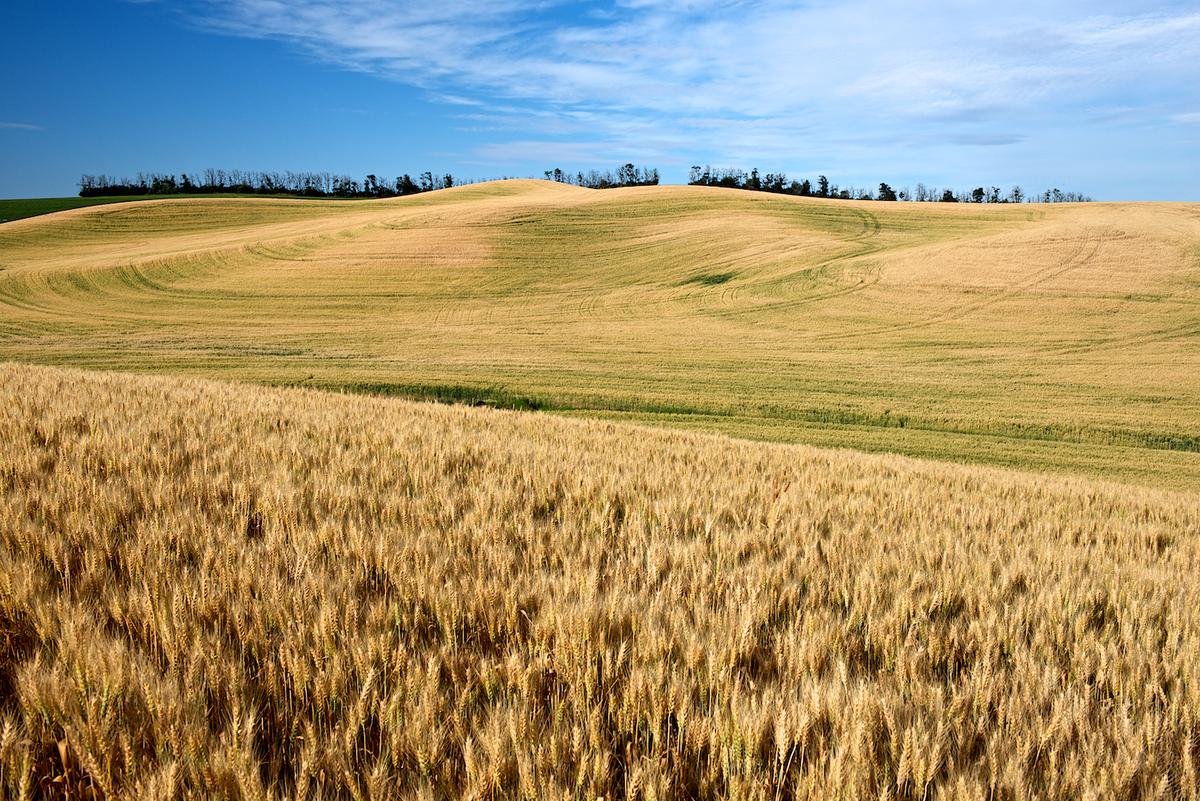 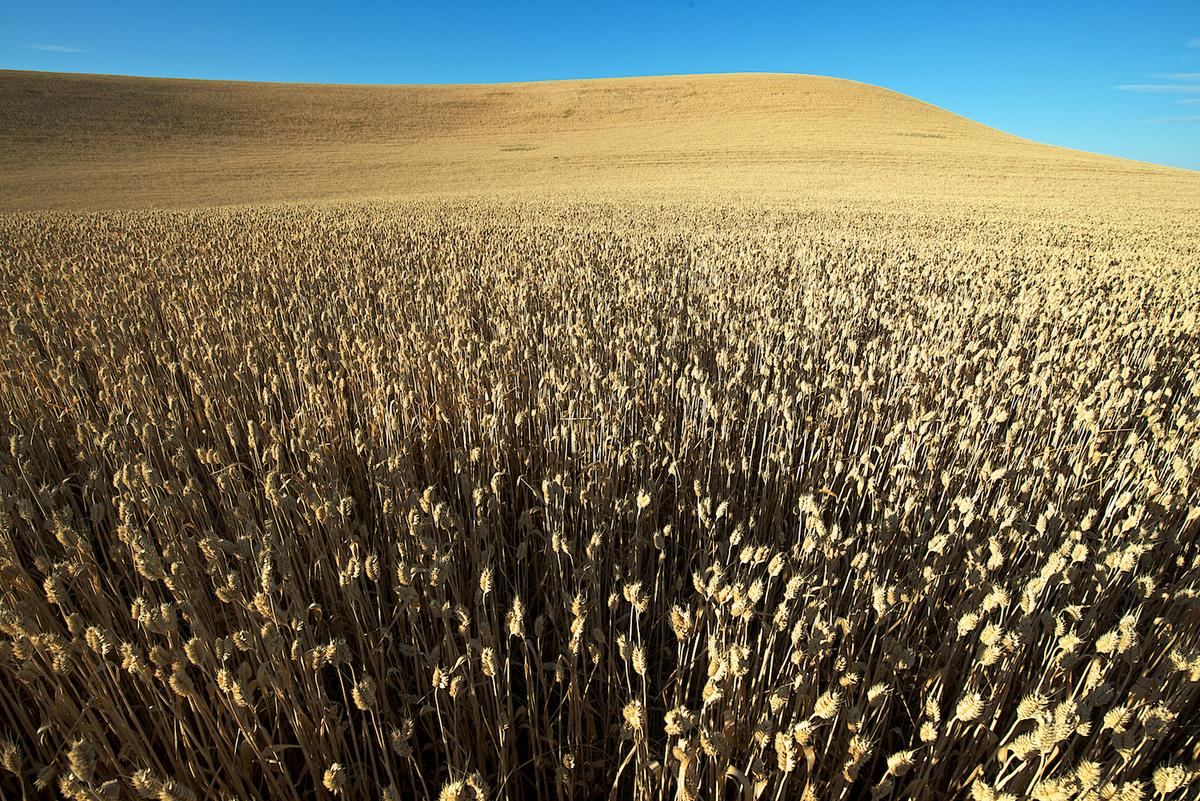 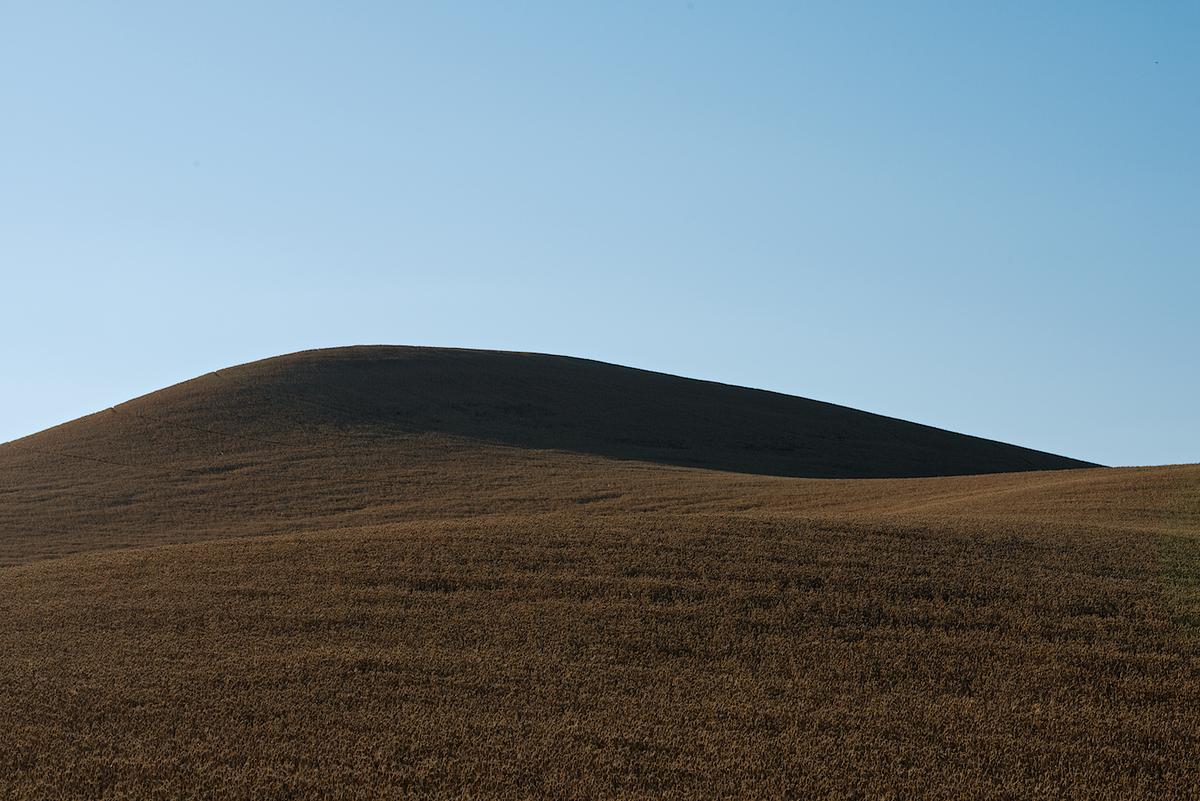 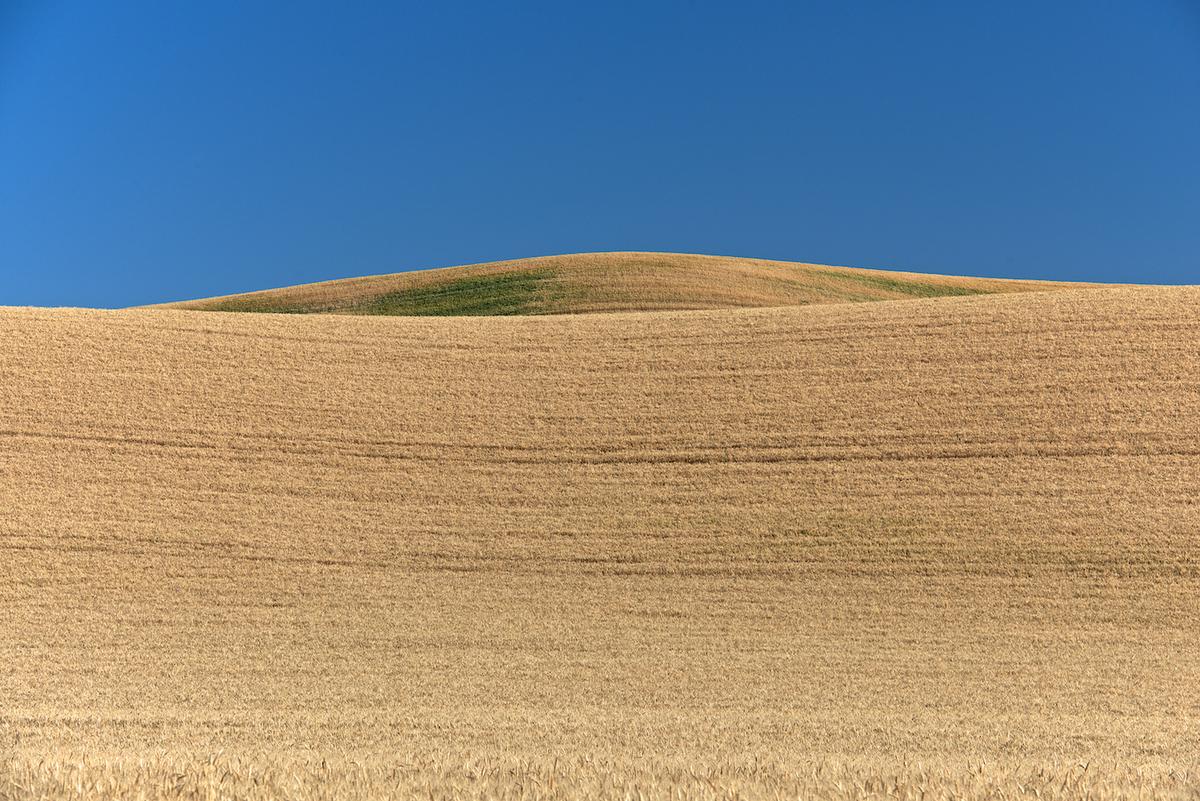 I am going to conclude this post soon but finish it with some context as to what it is like to photograph here. The area is extensive; really hundreds of square miles of rolling hills used for agriculture on a major scale. The base towns for the area are Pullman and Colfax, Washington, with the former being larger. Across the state border is Moscow, Idaho and it also serves as a base. Both Moscow and Pullman are state university towns. Going there seems like going back in time as these are places that aren't hip or trendy, aren't major tourist destinations, aren't on Frommer's "go to" list. Pickup trucks prevail, traffic is sparse, Wendy's, McDonalds and Denny's are common, with a few older cafes, particularly in Moscow and Colfax.

My days while there are spent driving and photographing. The whole area is criss- crossed with dirt farm roads, dusty single lane paths that are used by farmers to get access to their fields. They also provide unsurpassed access to almost anywhere when in the fields.  My "kit" is simple: my DSLR with the 70-200 lens attached in the back seat of the rental car, sometimes lying back there with tripod attached and sometimes not. If it is bright out many of my pictures are shot hand held. Other lenses are kept in the case, either in the trunk or on the back seat. I photograph early and late in the day to use the best light. It seldom rains.

Each time of year is very different in the Palouse, as I you've seen. I can't really state a favorite as they all are beautiful. I have been in all seasons, except winter and have that on my "to do" list for the next year or two.

I have to be careful this doesn't become a rant but over the years I've been photographing in the Palouse, other photographers have found it. There are photo trips, workshops, demos and meeting up with photo heroes. I don't think I've played a part in this as I don't know that many people have seen my wheat pictures. But I certainly know the area as well as anyone. If there was a groundswell of support behind the idea I would be honored to lead a group to the Palouse to photograph. Most of the other photography I've seen from the area, to be honest, doesn't look so good: cliché and over done pictorial banality, no offense intended. You'll get a chance to see in person whether I fail or pass this test as some of the work you've seen here and on my site will be in a show at the Danforth Museum in Framingham, MA opening Aril 6, 2013.

Next up, we'll look at other things I've shot while out in the area and then conclude with wheat aerial photographs.