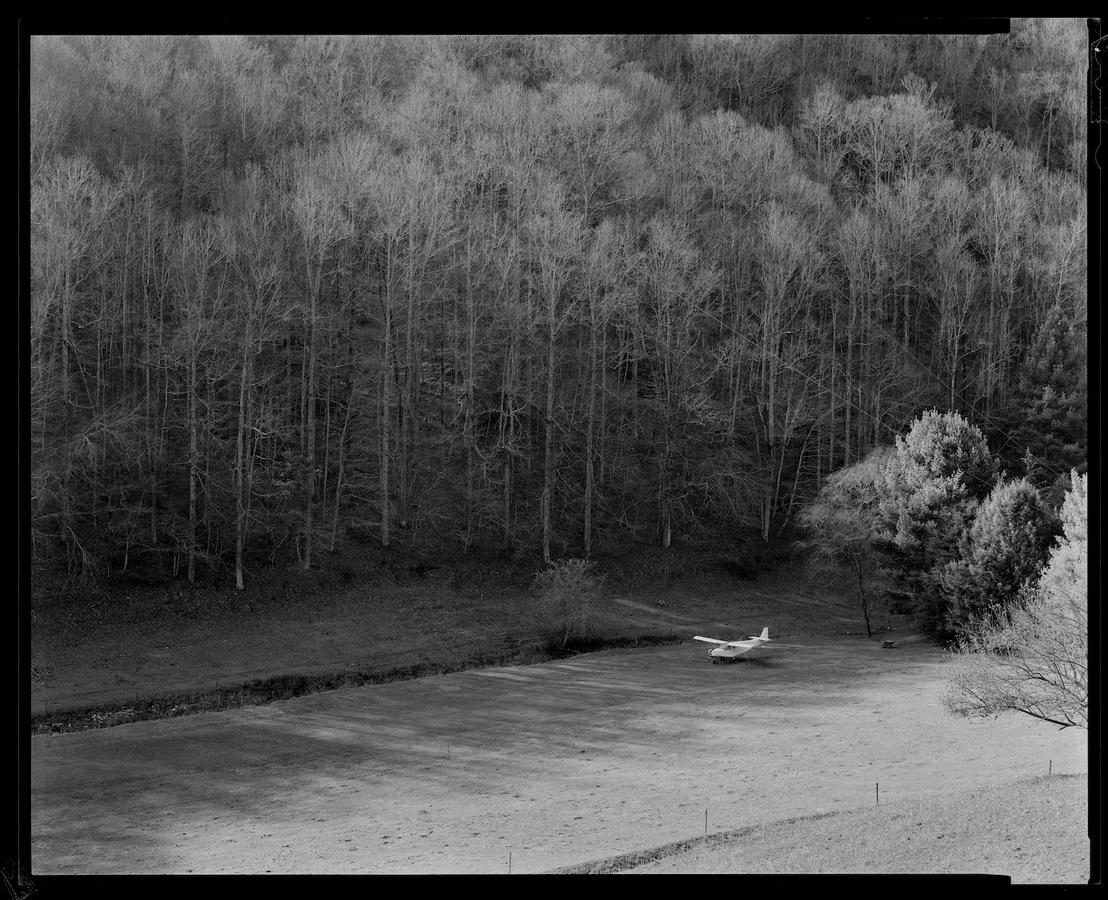 Where we left off with The 8 x 10 Work last time was that I knew I had a problem and was questioning how I was going to solve it. Hundreds if not thousands of 8 x 10 negatives, processed, but not printed, not scanned and, unless I did something, never to see the light of day. Okay, this is not solving the world's major issues, but is important to me. Think about it this way: lug around that super big beast of a camera, sometimes hiking for several miles with it over my shoulder to make one picture. Process the film, four sheets at a time, in trays, in total darkness and then not see it as a print? 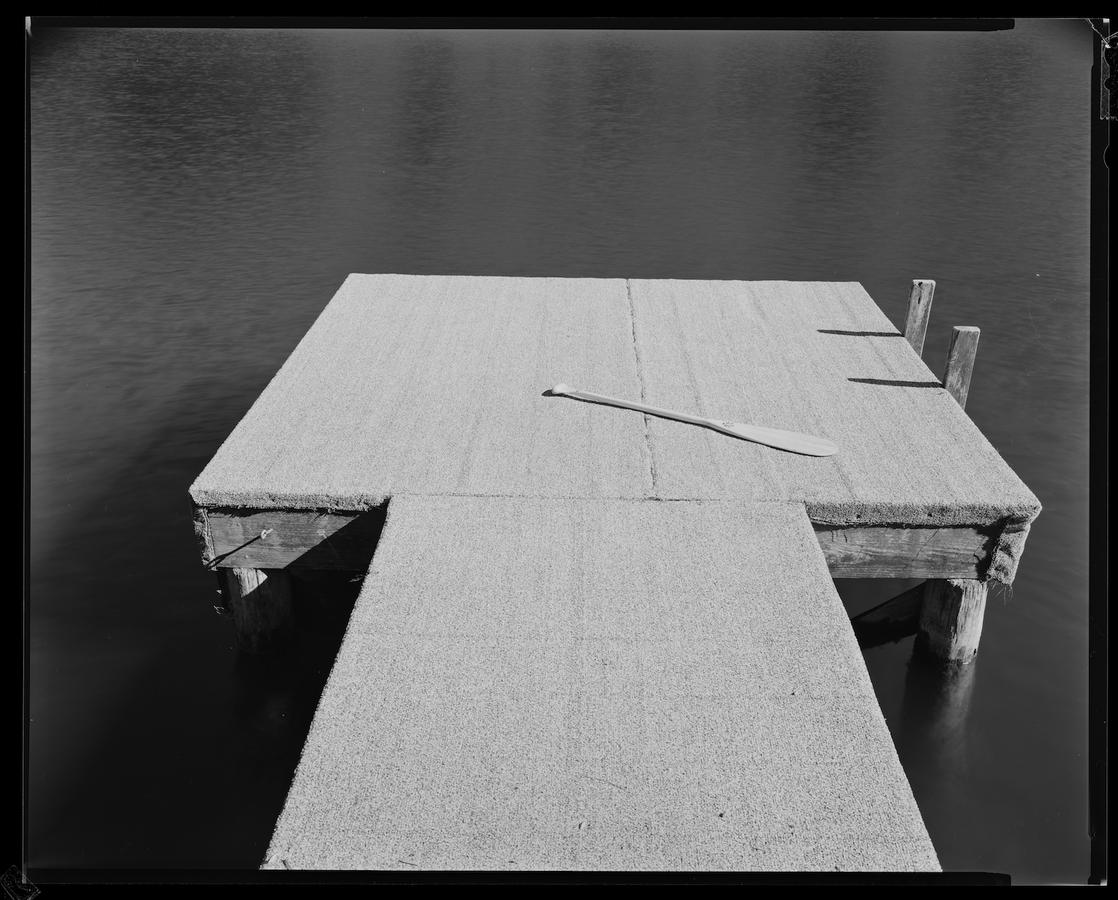 Let's back up a little bit. Lest you assume I was totally clueless back then, I was constantly making prints from what I shot. I was a darkroom printer for most of those years and had my own darkroom at Northeastern (part of the perk of being a professor there), and was regularly processing film and printing with an 8 x 10 enlarger. I had shows of that work; a big one at Panopticon Gallery in about 1990 (thank you, Tony!), another on the Vineyard in 1994, another in Camden, Maine one summer, another at the RISD Museum, another at the Canterbury Shaker Village in NH and so on. I would often present work to local museums like the DeCordova, the Fogg, the MFA, even MOMA and the National Gallery,  and so on of portfolios made from 8 x 10 negatives. But a good print from an 8 x 10 negative usually took hours to make and it wasn't unusual for me to need a whole day just for one photograph. So being prolific got me in trouble as I was increasingly printing highly selectively from what I shot. And falling behind. I remember one summer teaching in Italy, coming back with 700 sheets of film shot. It took me six months just to process the film. 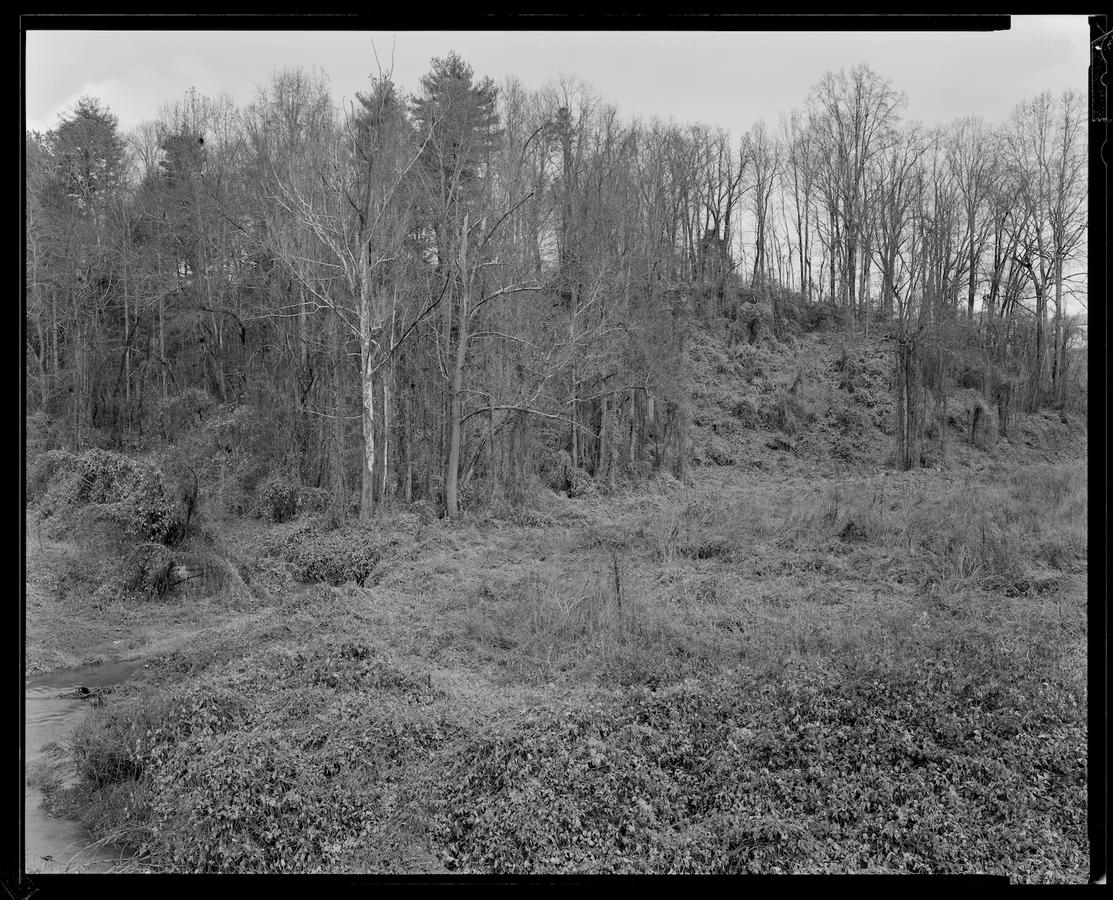 So let's move up to the present, and perhaps there's a lesson in here for some of you as well as for myself. Now I am shooting solely digitally. OK. But I have this huge backlog of analog negatives in 8 x 10 and yes, also in 2 1/4 (a story for another time). Some of this work is good and deserves at least some exposure. Do I allocate serious time to making the scans? Honestly it isn't really the scan making that is so time consuming. It is the cleaning that takes sometimes hours per image. Assuming I can bear this (I cannot, by the way) I would be taking time away from what I clearly love and that is shooting. My solution? Drum roll, please: hire an assistant.She is a senior at Lesley,  and her name is Hannah. Hannah had no previous scanning experience but has proved herself to be valuable beyond words in that she is meticulous, careful and precise in the handling of my negatives. And, a very big and, she is very good at cleaning and making the images RTP (Ready to Print). Will I get through all the negatives in just one summer? No, but I have begun the project and have paved a way for future work in its cause.  We have started and it is good to finally begin to see these pictures after all these years. 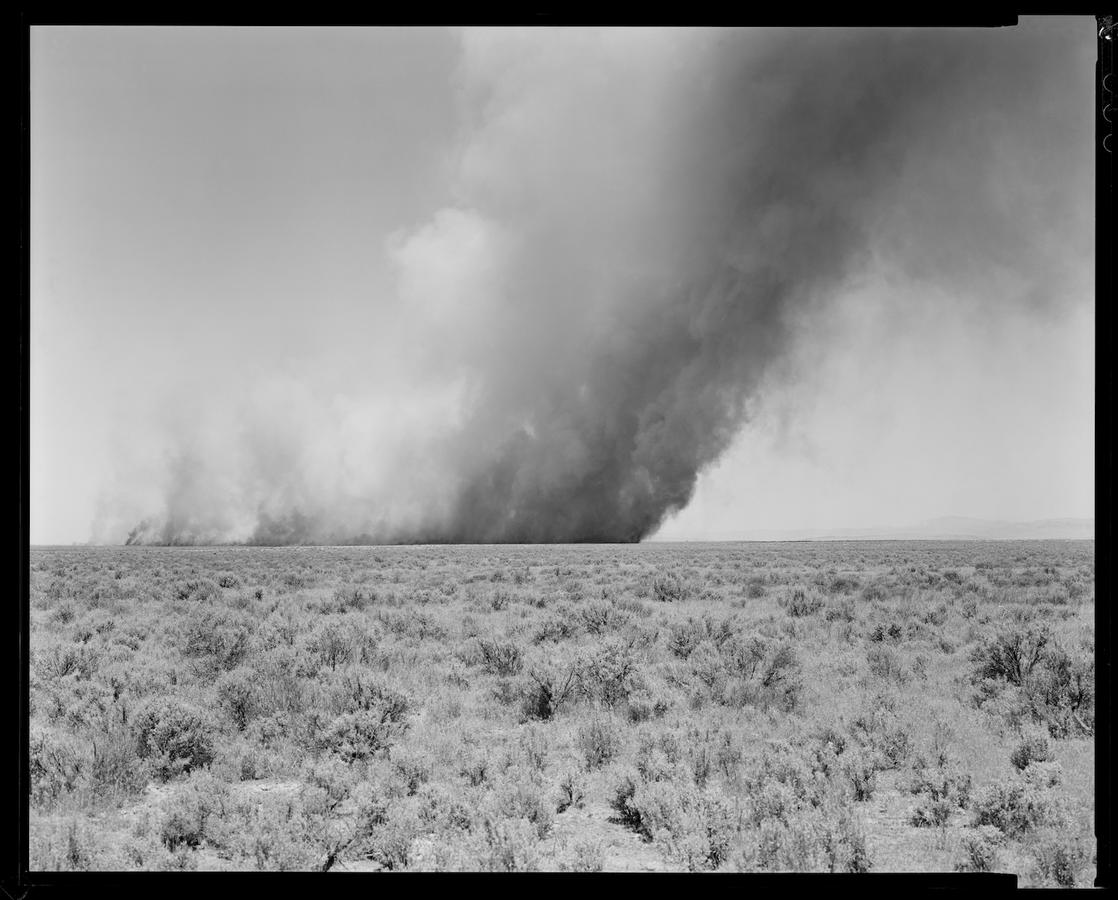 Finally, I am sure some of you are thinking why not just print the negatives normally, they way they were intended, in the darkroom? Two reasons: I don't have a darkroom anymore and don't ever want to print in one again, and two, we've already covered the need to scan the negatives anyway, why not do it right and then give myself the option of printing them any size on up to several feet by several feet? Don't think inkjet prints are as good? Don't get me started on that one as I know they are as good as gelatin silver prints and have proven it. That's why. 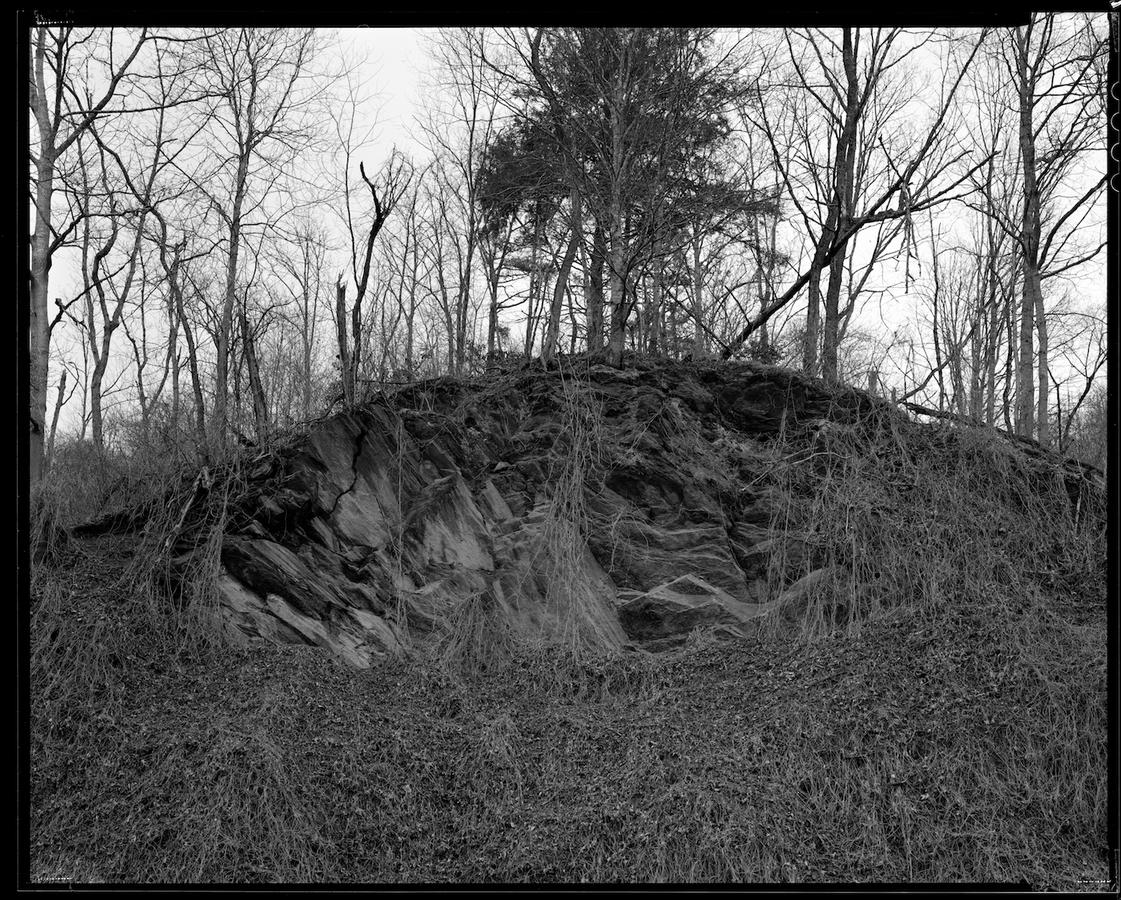 BTW: You've probably guessed but the photographs interspersed throughout these two posts are from scans of some of my 8 x 10 work. More to follow.

As always , thanks for reading and..... stay tuned.

The Cambridge series are an important group of pictures for me as this was during the time when I wasn't making series work. I had stopped making series pictures in the mid eighties and had concentrated on making pictures in the 8 x 10 inch film format for many years. I didn't make series work in 8 x 10, but I did with these. These were unusual in that I made them where I live, during the fall when I was teaching. As the job was demanding, I very seldom made pictures on this kind of large scale when teaching. I made these over a three week period and printed them the following Christmas break. The prints are 24 x 20 inches. The print portfolio is  incomplete as several of the original prints have sold.

I drove out to the tip of Bodega Bay yesterday, about an hour from where I am staying in Santa Rosa. This is classic California coastline: rocky, with cliffs, crashing waves below, dramatic sunbeams sending light down on the ocean spread out in a display that is always dramatic and beautiful.

From the parking lot I could see a man photographing with a view camera, pointing not out at the horizon but back in at the eroded sand at the top of a cliff above the ocean. Standard operating procedure:  dark cloth over your head (his was red for some reason), long moments making adjustments, getting the camera set to frame the picture the way you want, out from under the cloth, take light meter reading from meter hanging around neck, stand to side of camera and set lens, close it down so no light is coming through it, cock the shutter, insert film holder, pull slide out, turn to look at thing being photographed, sometimes wait for light to be right or to change, sometimes wait for something to get out of the frame or to come into the frame, trip the shutter, return the slide, but flip it so black side side faces out so you know it has been exposed, pull out film holder and move on to next photograph. 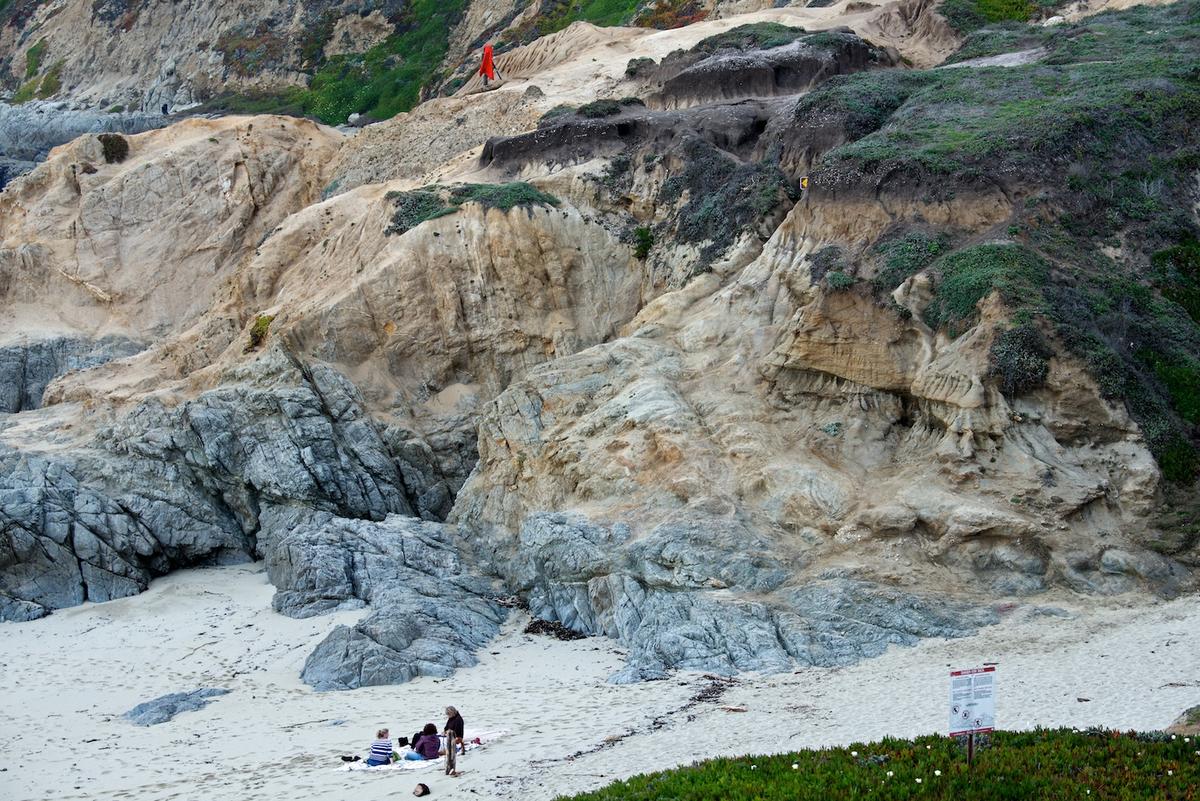 This guy was taking all those steps, so it looked like he knew what he was doing. This isn't something you just pick up, by the way, it takes years to get fluid and to work intuitively with a big camera like this. I couldn't be sure but I think he was hauling around an 8 x 10, just as I did for over twenty years.  This isn't the biggest as there are wooden Deardorff 11 x 14 cameras and even a 12 x 20, but they are excptionally rare. For anyone somewhat sane 8 x 10 is about the limit. 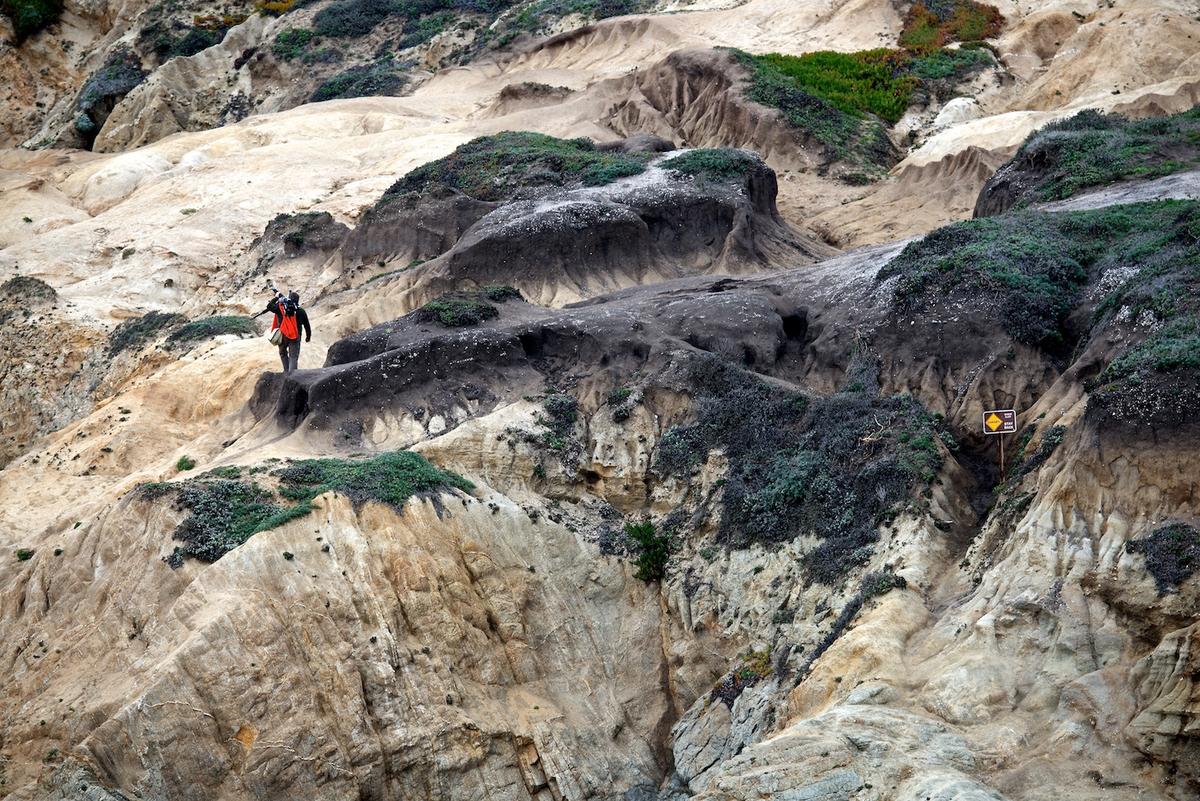 As I stood there, leaning up against my rented car in the parking lot, watching him work, I felt both a sense of kinship with him, as I'd done what he was doing for so very long and a feeling of complete relief that I was not working this way any longer.

When I started working in 8 x 10 in the early eighties, if you wanted the highest quality there was really no other choice. It was a view camera, perhaps 4 x 5 but preferably 8 x 10. Some people (this included me in the early years) just made 8 x 10 inch contact prints. Now, of course, we have many options. You can see what this guy on the cliff in Bodega Bay chose. I am sure, had we spoken, he would reference the beauty of the silver gelatin print, how digital intercedes, gets in the way of the image, imposes its own look to the final picture. I've heard all that before. 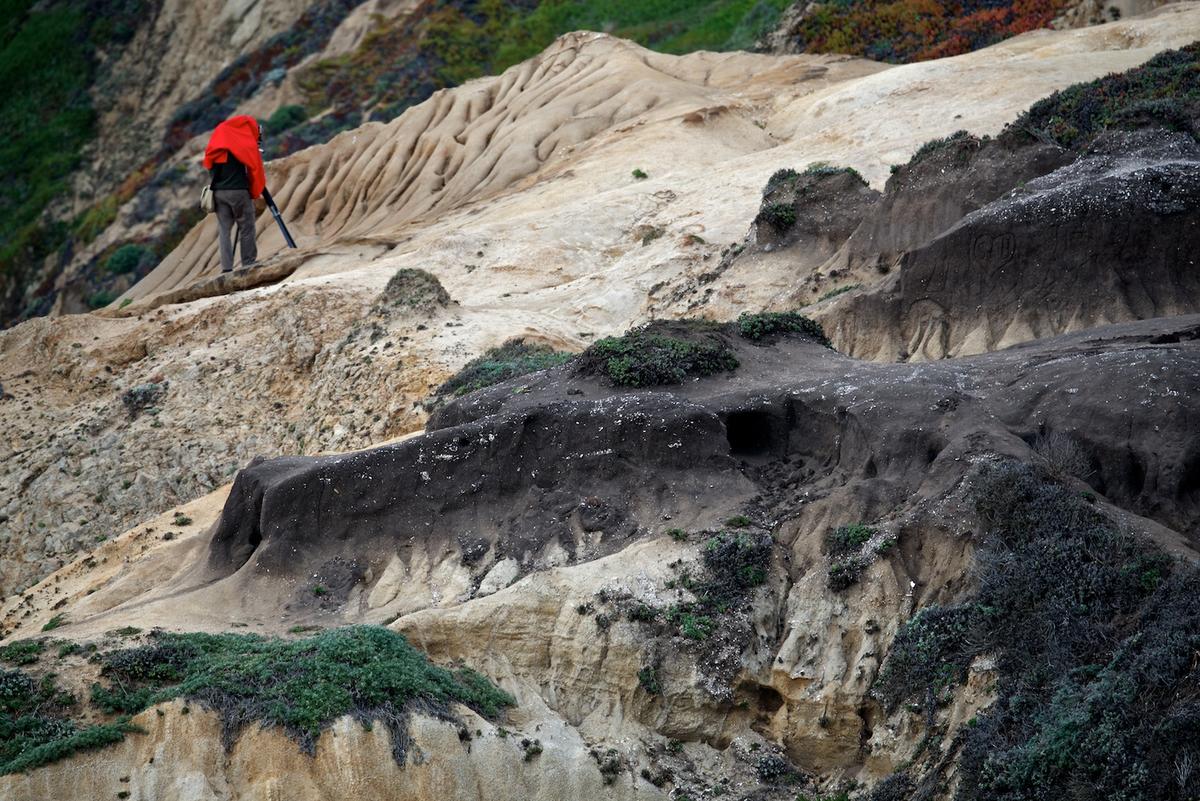 I don't buy it, however, and believe most of the negative reactions people have to digitally sourced photographs comes from looking at bad ones, of which there are a huge number.

Was I making these photographs of this view camera photographer on the cliff at Bodega Bay in California yesterday afternoon with a film camera? Did I have to process the film, set up my darkroom with trays of chemicals, place these negatives in the enlarger and make the prints and dry the prints to see these as positives on a contact sheet or as enlargements? I did not.