I don't usually write about photo equipment. But for the past couple of years I've been using something that is way cool and that you may not know about. Briefly, most of you know I worked with an 8 x 10 view camera for 25 years. I photographed using 2/14 (120mm) systems as well and occasionally shot with  4 x 5. I  switched to full time digital in about 2006 and work with a DSLR system full time now.

My dream when moving on from all that time working with 8 x 10 inch sheet film was to have a smaller camera capable of the same or close to the same levels of quality within my lifetime. Drum roll please: for all intents and purposes that dream is now a reality. I am able to make large prints of close to the same level of quality as prints made with an 8 x 10 inch view camera. Bang!  Digital capture has come a long way.

What a remarkable thing. But there are limitations to standard cameras like DSLR's  as well. Cameras such as these fix the relationship of the lens to the image plane in a parallel configuration. This can be very  limiting. No correcting for convergence, no Scheimpflug principle. Don't know what that is?

The Scheimpflug principle is a geometric rule that describes the orientation of the plane of focus of an optical system (such as a camera) when the lens plane is not parallel to the image plane. It is commonly applied to the use of camera movements on a view camera.  The principle is named after Austrian army Captain Theodor Scheimpflug, who used it in devising a systematic method and apparatus for correcting perspective distortion in aerial photographs.

You may need to be  sitting down here: by tilting the lens you can increase sharpness from foreground to background without stopping down the aperture to increase depth of field. Sharpness from close to far with the lens wide open? Yup. The pebbles in that gravel driveway sharp on out the horizon with my 50mm lens set at f2? Yup. I'm not lying. View cameras can do this and, if you've snuck a look at the picture of the lens below, you probably are thinking that it will allow this as well. Yup. 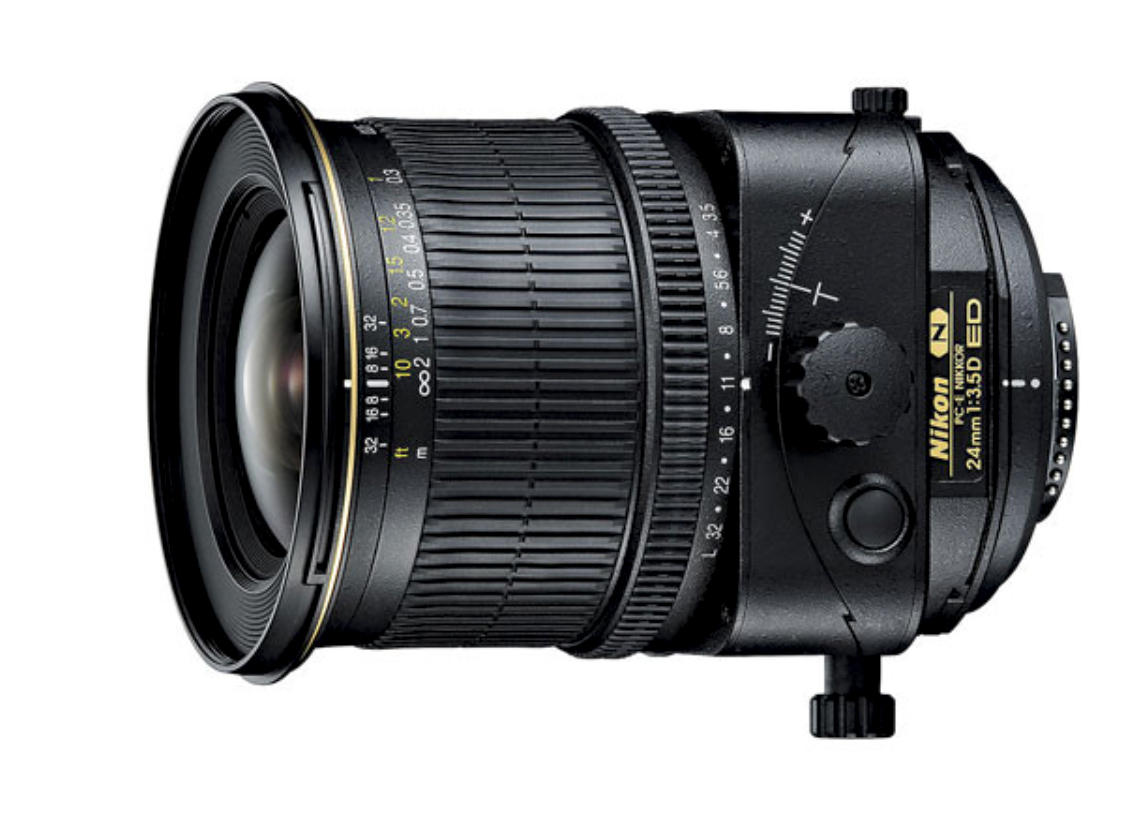 I use the Nikkor 24mm f3.5 PC lens. Wouldn't it be great to be able to make view camera adjustments with a small camera? Well, you can. The Nikkor lens shifts up and down, and, when rotated, swings side to side. The lens also allows you to look up or down but the  photograph you make looks as though you are parallel to the surface. That's good because then the edges of the building will stay parallel instead of converging. Want to shoot straight on through that window and not be reflected in the glass? PC lens. The PC lens also tilts, taking the lens out of being parallel with the camera's sensor. It can also swing if rotated. Wish you could shoot straight out from your toes to the horizon and hold it all sharp? PC lens. Imagine being able to hold things sharp from foreground to background without having to stop the lens down. 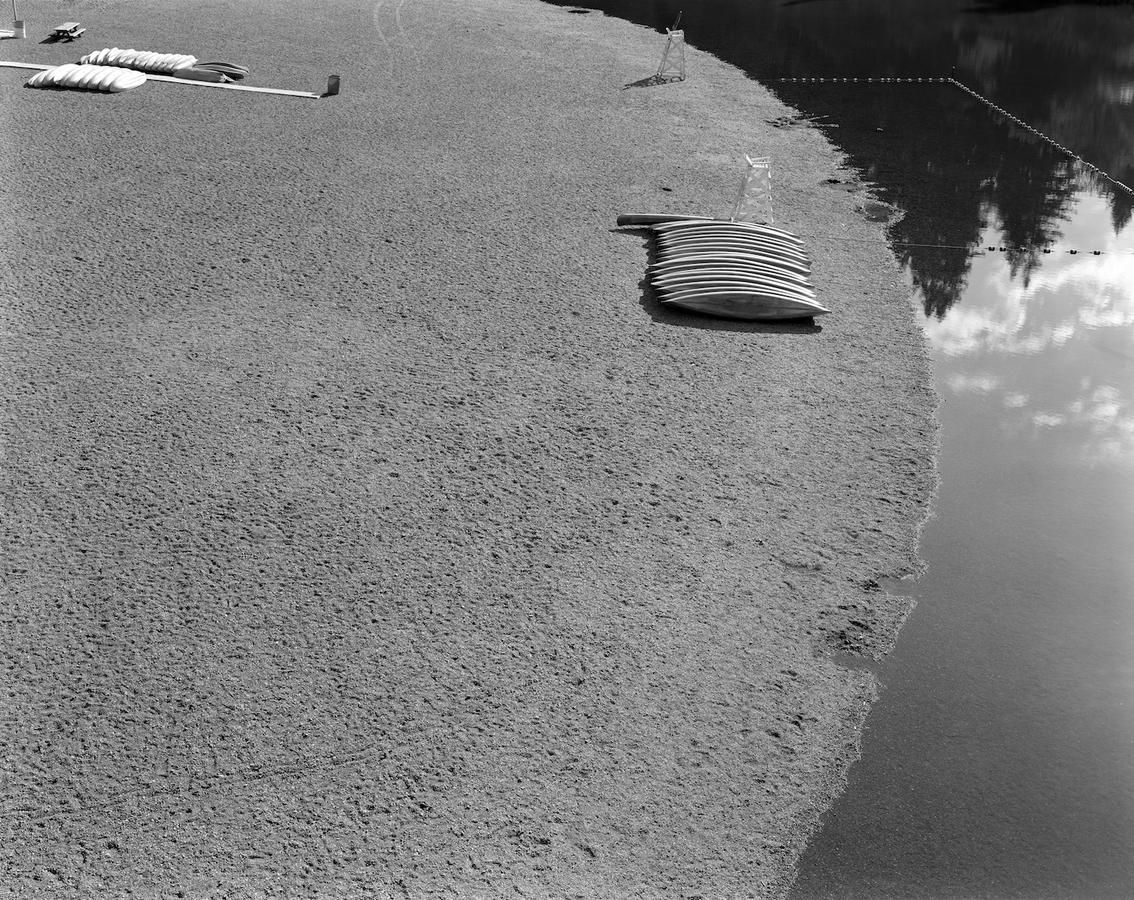 For this one taken at the Russian River in California I used an 8 x10 camera tilted for sharpness using the Schiempflug principle.

Hand holdable? Yes, but not easy. The lenses are manual focus and the adjustment knobs are small. I've done it but its easier and more precise from a tripod. What else do you need to know? Because it can tilt and shift quite far you can vignette the image and, as at times you are using the lens at the edge of its circle of covering power, the image can also get quite soft, or blurry. Normally, this is my sharpest lens, particularly used without tilts and shifts. Also, these are pricey lenses, in the range of $2000. Nikon makes them in three lengths, 24, 45 and 85 mm. Canon too. Canon also makes a 17mm. These lenses are used most often for architectural photography by pros. But that doesn't mean you can't do great things with them. Finally, what about using a PC lens for selective focus? Using one to make the picture blurry in places where you don't want your photograph sharp. To make only one small thing sharp. Easy with a PC lens. This is the primary principle behind the whole company called Lensbaby; selective focus. Last point, you could rent a PC lens to try it out.

You can read more about this work: http://www.nealrantoul.com/posts/baldwinville-ma-2015

Marc's work is represented by 555 Gallery in Boston