This is the second post on a short road trip throughout Northern New England in late September. I wrote about the first part of the trip in Roadtrip.

You never know when you are out what will happen. Sunday morning in Orono, ME started out rainy. I headed on down to Mt. Dessert Island anyway in brief rain showers in warm and humid air. I was headed for a motel in Northeast Harbor, down at the southern part of the island. I booked in early, hung out for awhile waiting for the rain to stop and then started the 30 minute drive to the top of Mt. Cadillac. Cadillac is a little like a pilgrimage to me in that I have been photographing on the top of the mountain since early days, 1975 or so. In 1978 pictures I made from it and other drive-up mountains became a series called Mountain Work. This was photographs of people (yes, it's true) caught in various gestures with the infinite sky you get on the summit behind them.

I hoped it would clear but it was really socked in by the time I got to the top (which is 1500 ft). It looked like this: 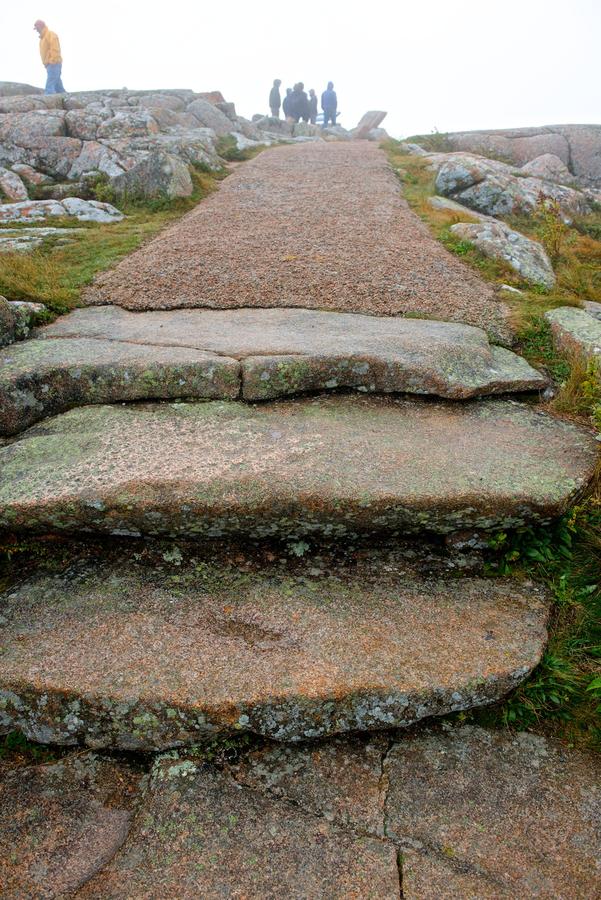 I made some half hearted attempts to do something good, but the weather was really bad: 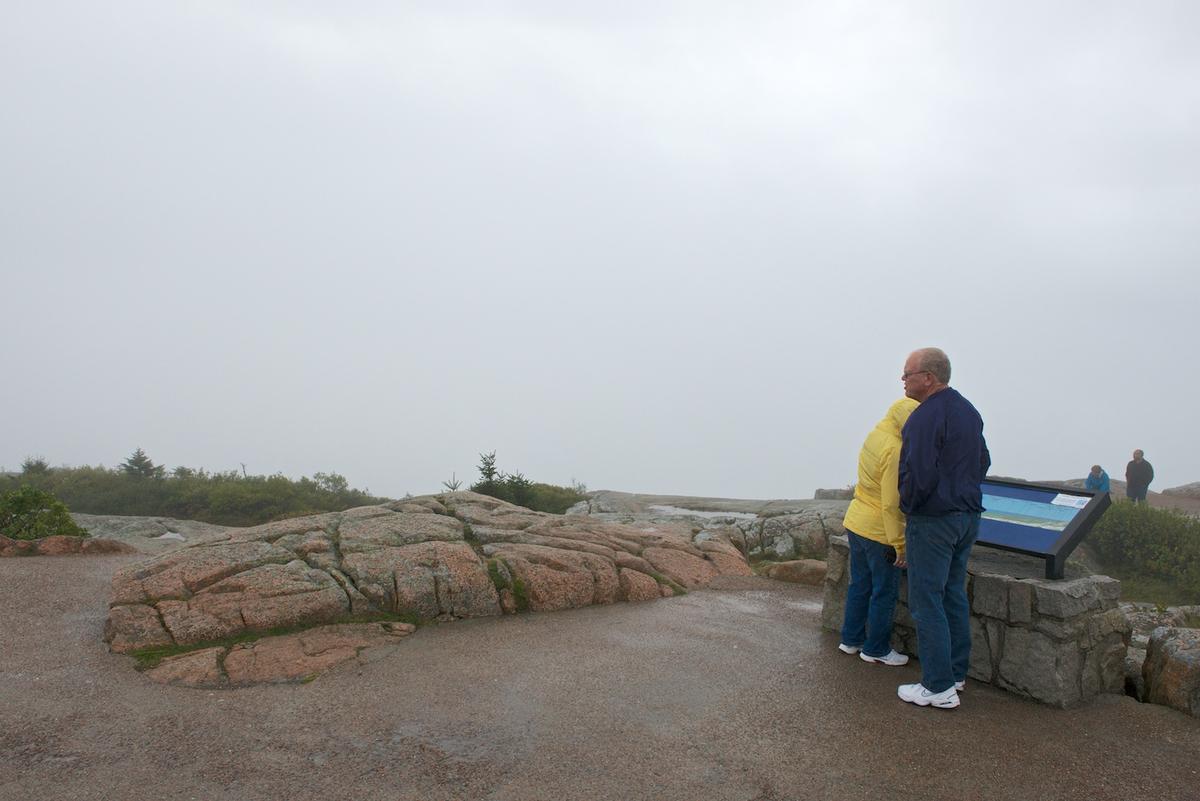 So I started to pack the camera back into the car when this happened: 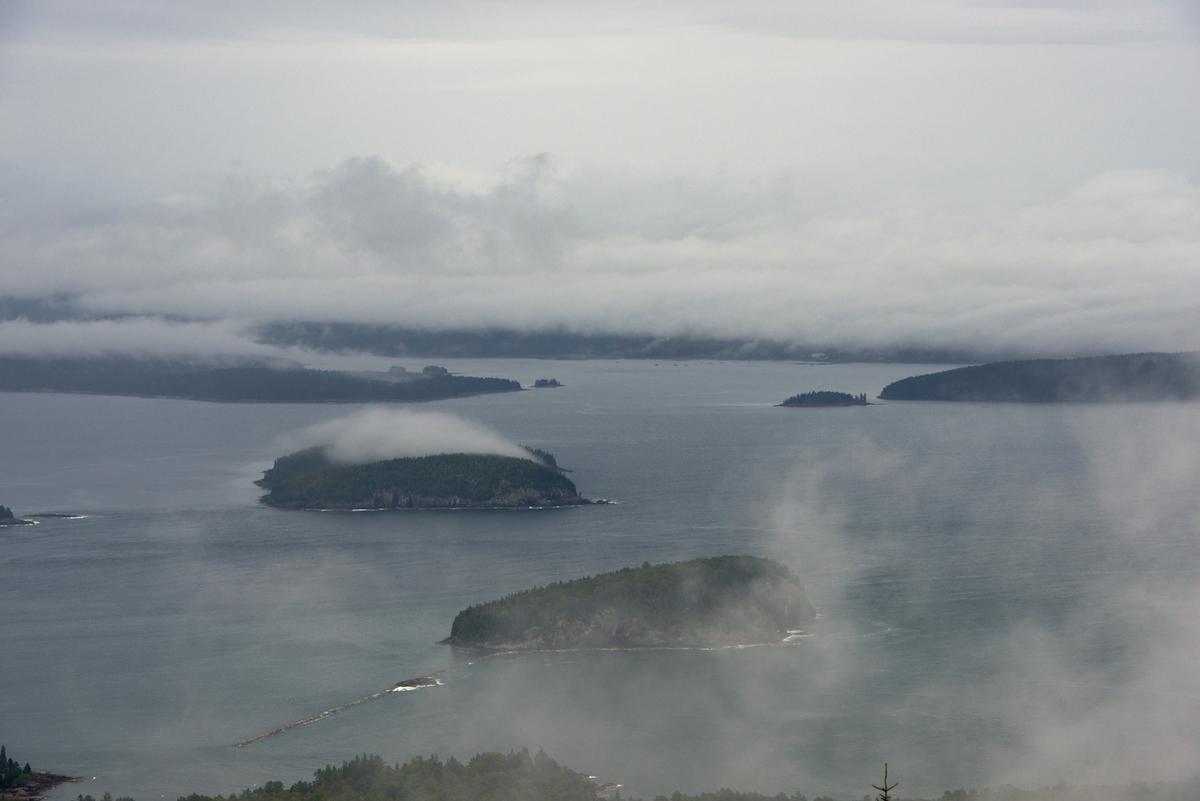 This began to show some potential, so I moved to another vantage point a little farther down the mountain and waited to see what would happen.

Now if you've been reading this for awhile and know my pictures at all you know I am not a "nature" photographer, nor am I a "scenics" person or a "sunset" person and so on. For instance, I like to photograph one house for over 30 frames and I  like to make series of photographs that are gray, flat and repetitive. But I'm also not an idiot and I have some experience and a good camera and seem to know how to use it well enough, so what did I do when confronted with a rapidly changing scene that went from totally fogged in to the sun breaking free and the heavens opening up in a most remarkable way? I photographed. 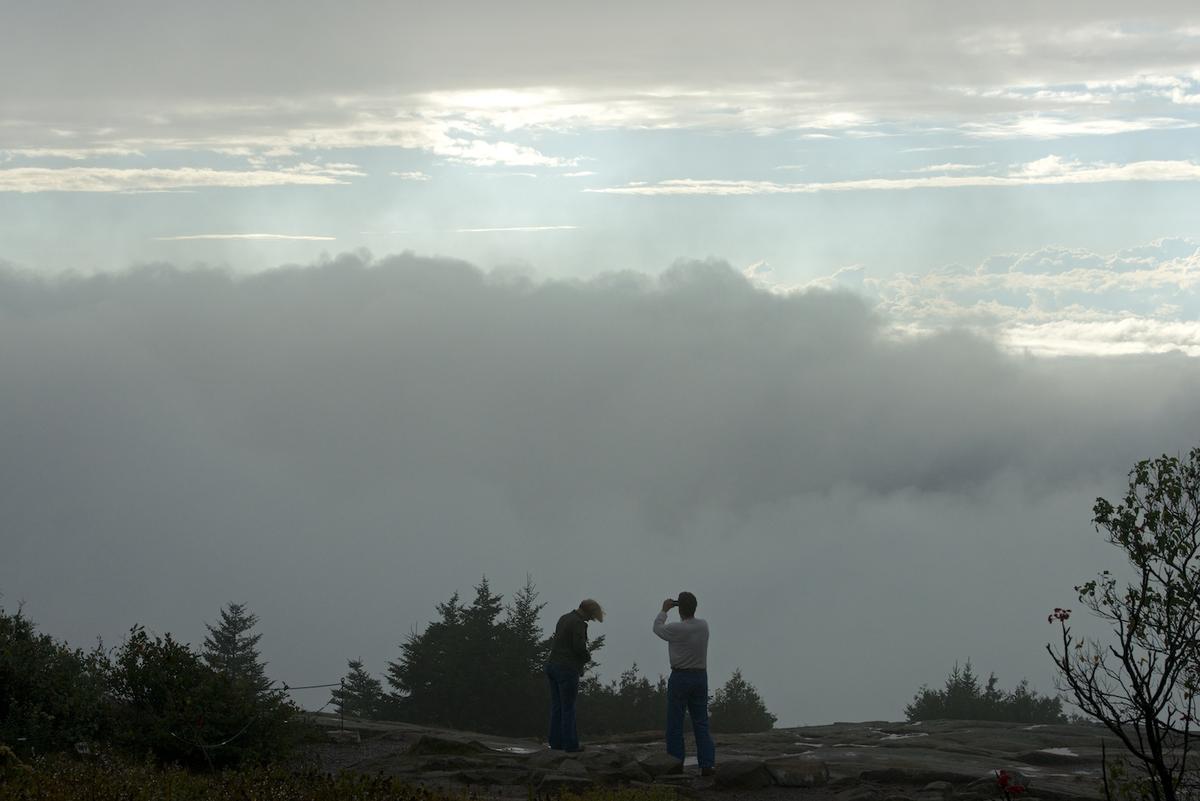 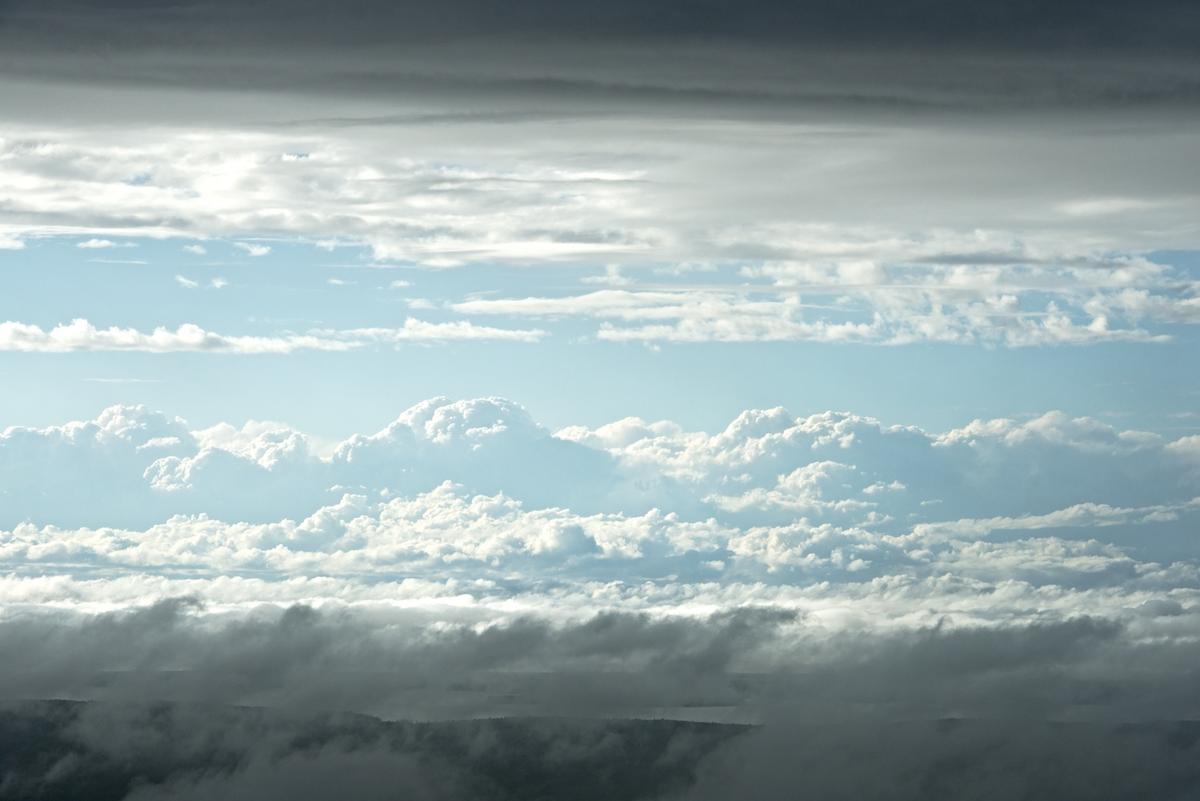 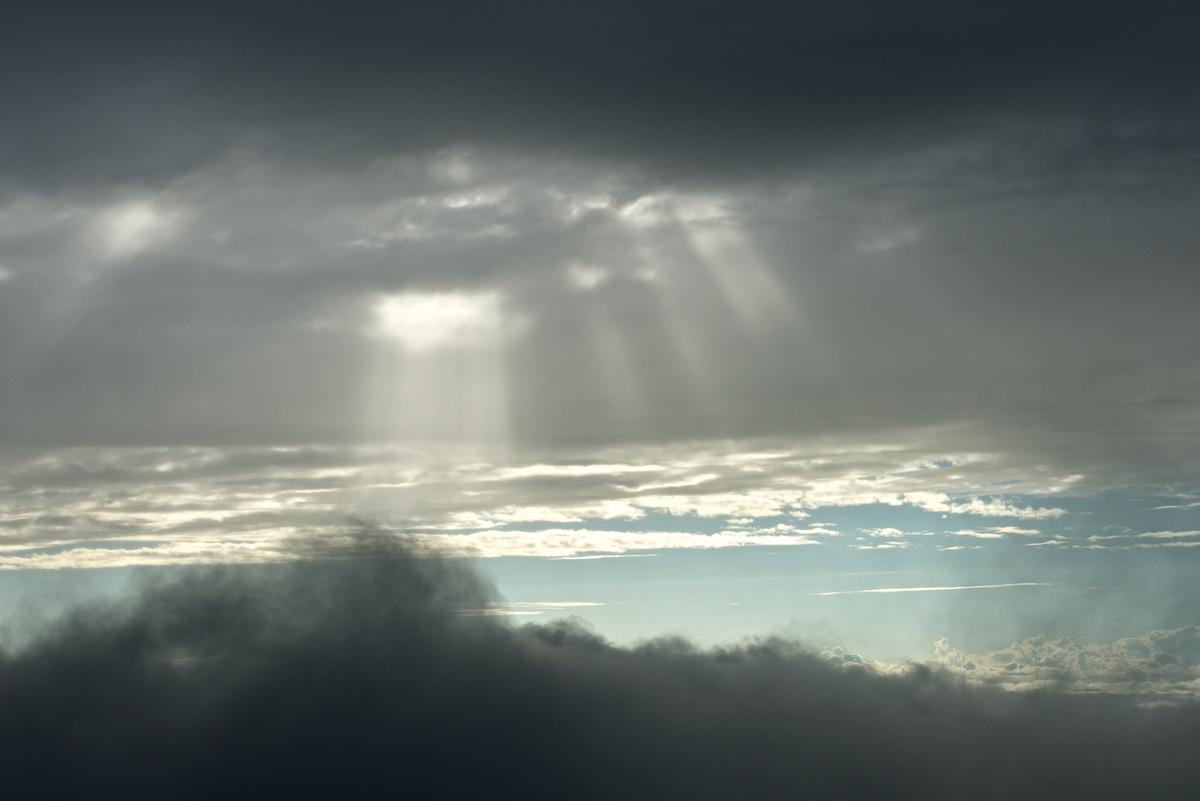 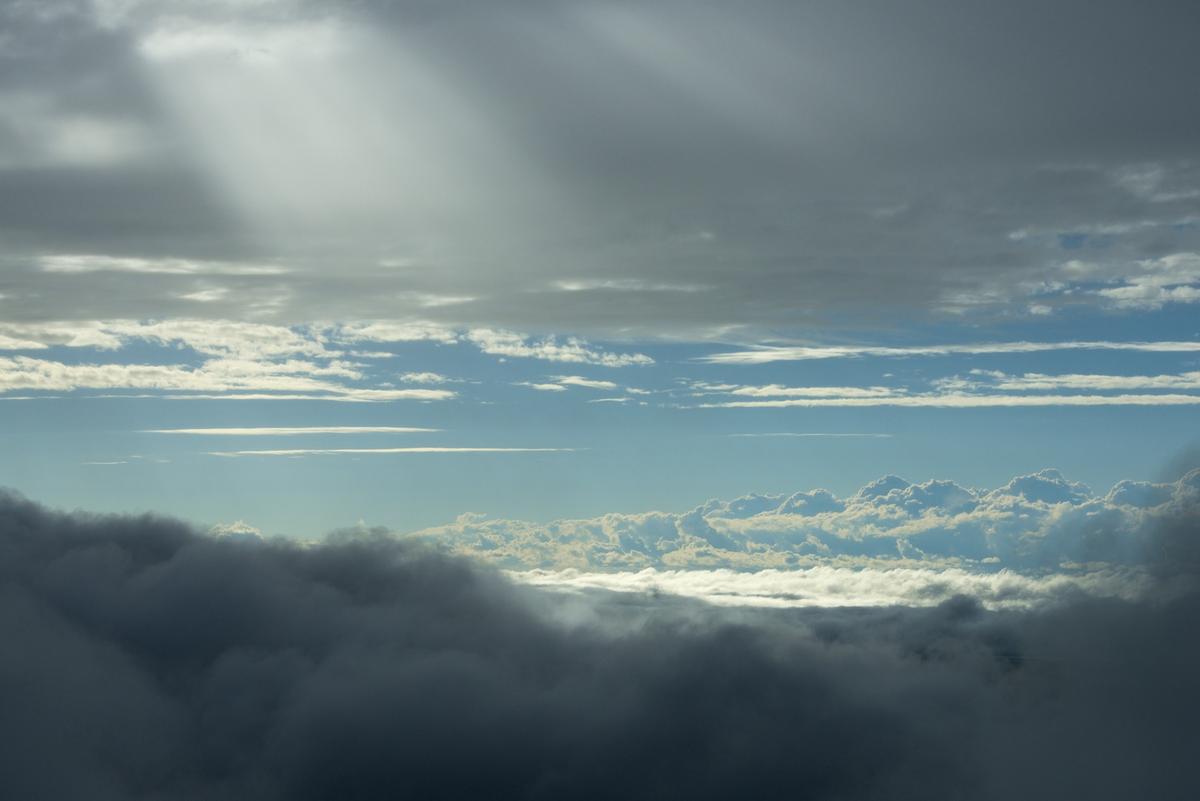 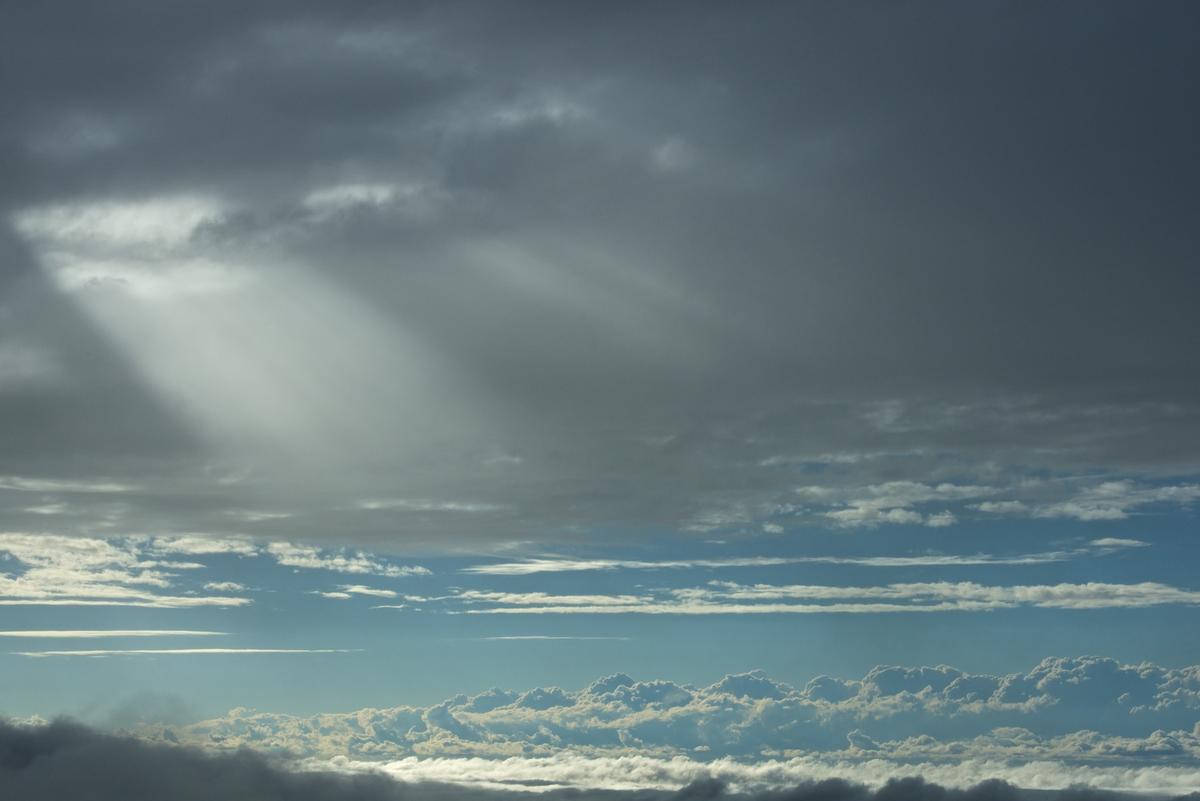 I know, over the top cliché, right? So overtly romantic and grandiose, like a Rafael painting. Hey, don't blame me. I wasn't the only one: 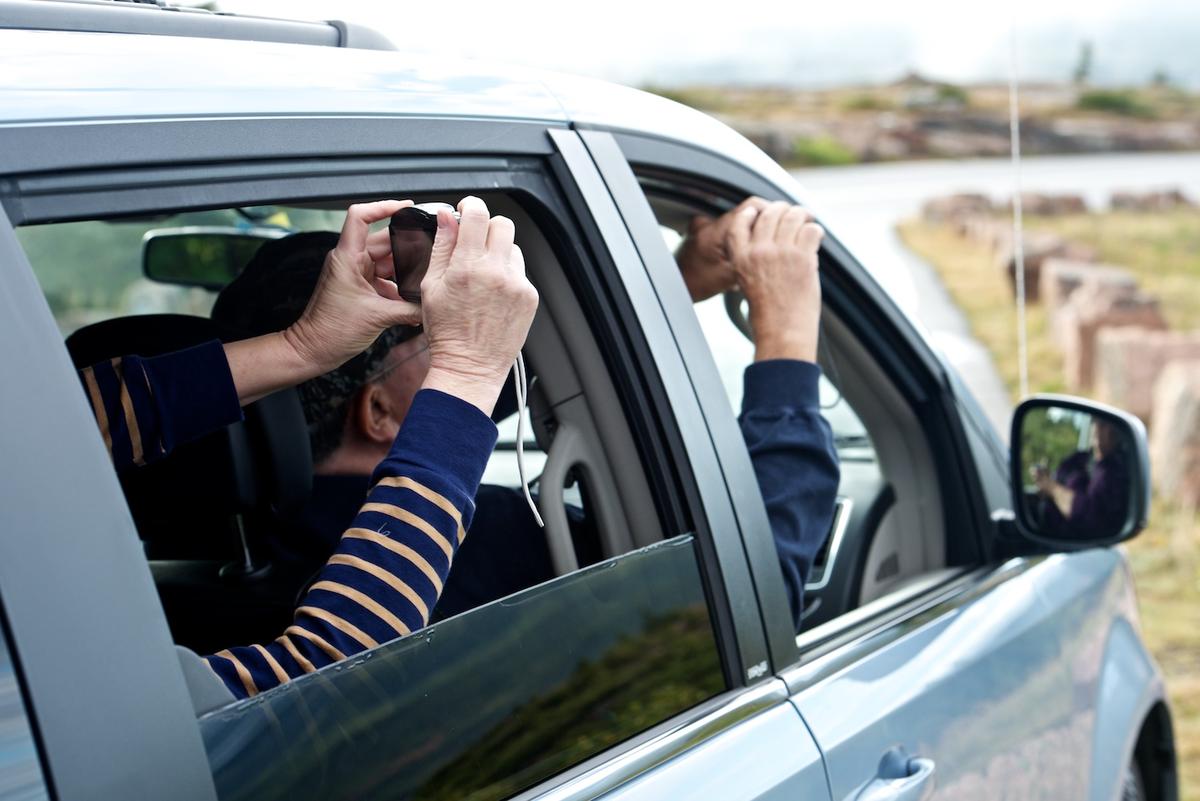 At least I got out of the car!

It proceeded to clear up, it was now late afternoon and I could do some work that were like aerials but weren't: 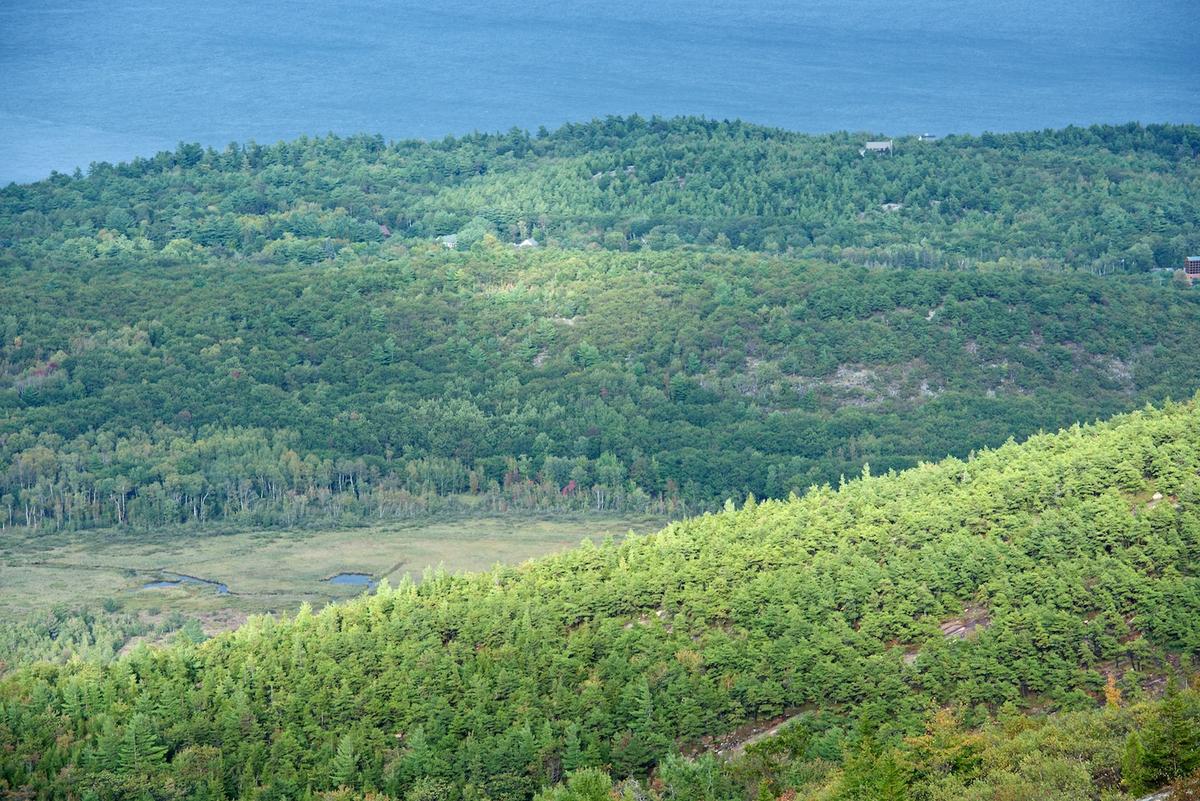 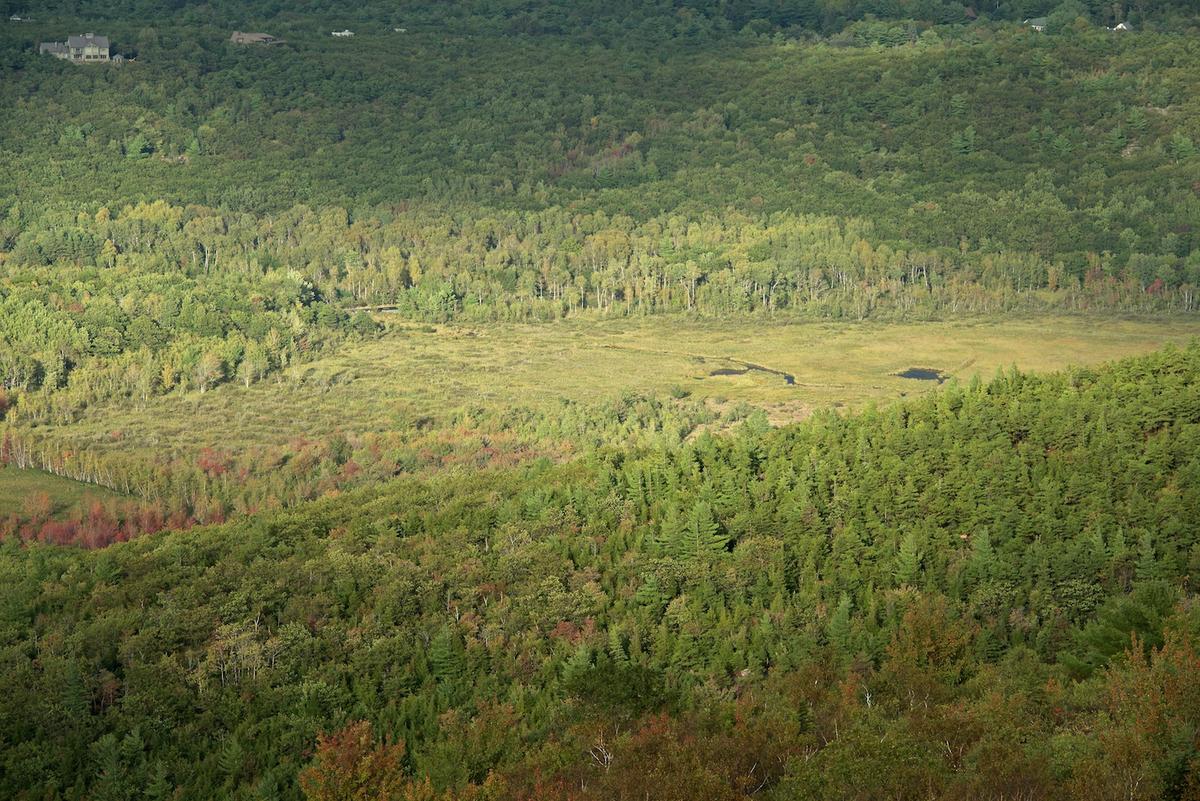 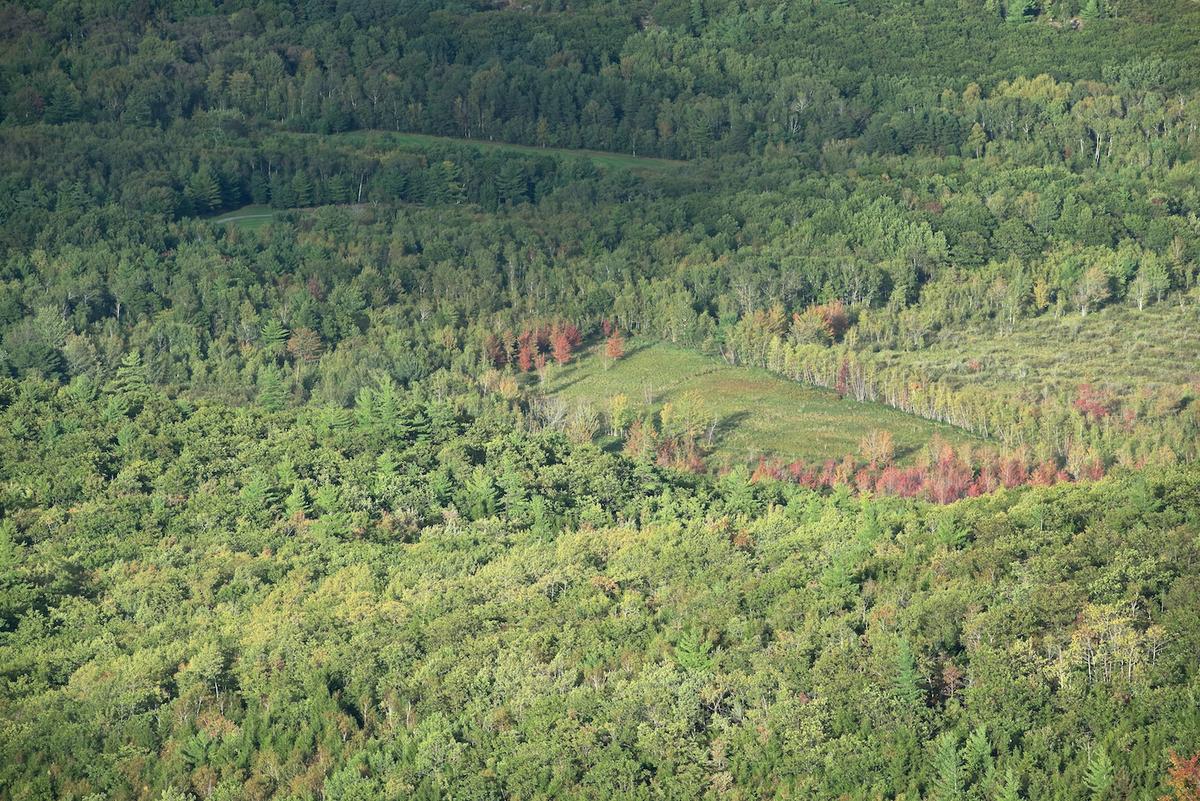 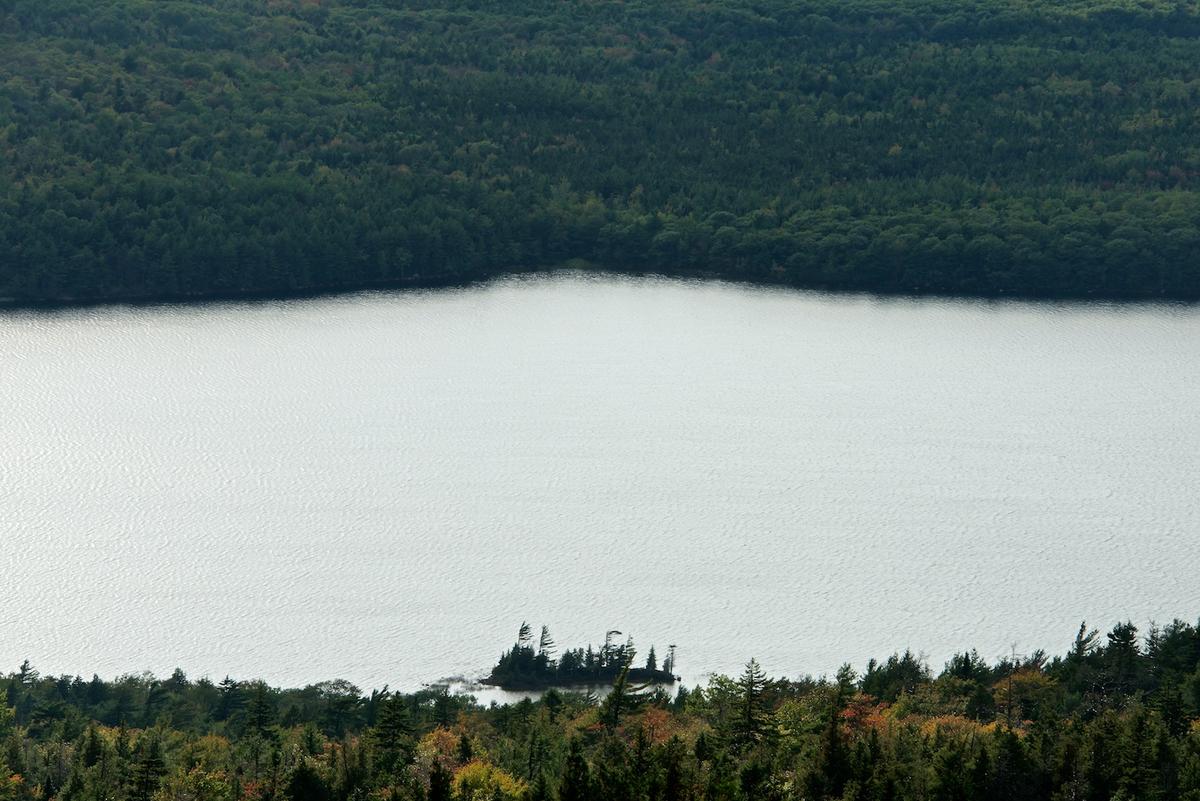 The four above fit into the same way I worked when I did the work called: Mountain Work 2011.

Now I am headed home so no more spur-of-the-moment posts on making pictures while traveling for awhile.  But please accept this advice: photographers photograph. Artists work, simple enough. Rejecting, denying, shutting down, finding reasons why not to go out, these are all negatives. Don't. If I'd stayed put in my motel room, vegged out reading or streaming the latest Breaking Bad episode I would not have witnessed a genuinely remarkable thing: the clouds clearing off at the highest most eastern point of the United States of America. Not only did I witness it, I got to photograph it and bring it back home. Priceless.

Footnote: I drove back up to the top of Cadillac yesterday at about 5:45 a.m. to witness sunrise. Why? Cadillac is where the sun's light hits the US first at sunrise every morning. It is a big thing, as you can see: 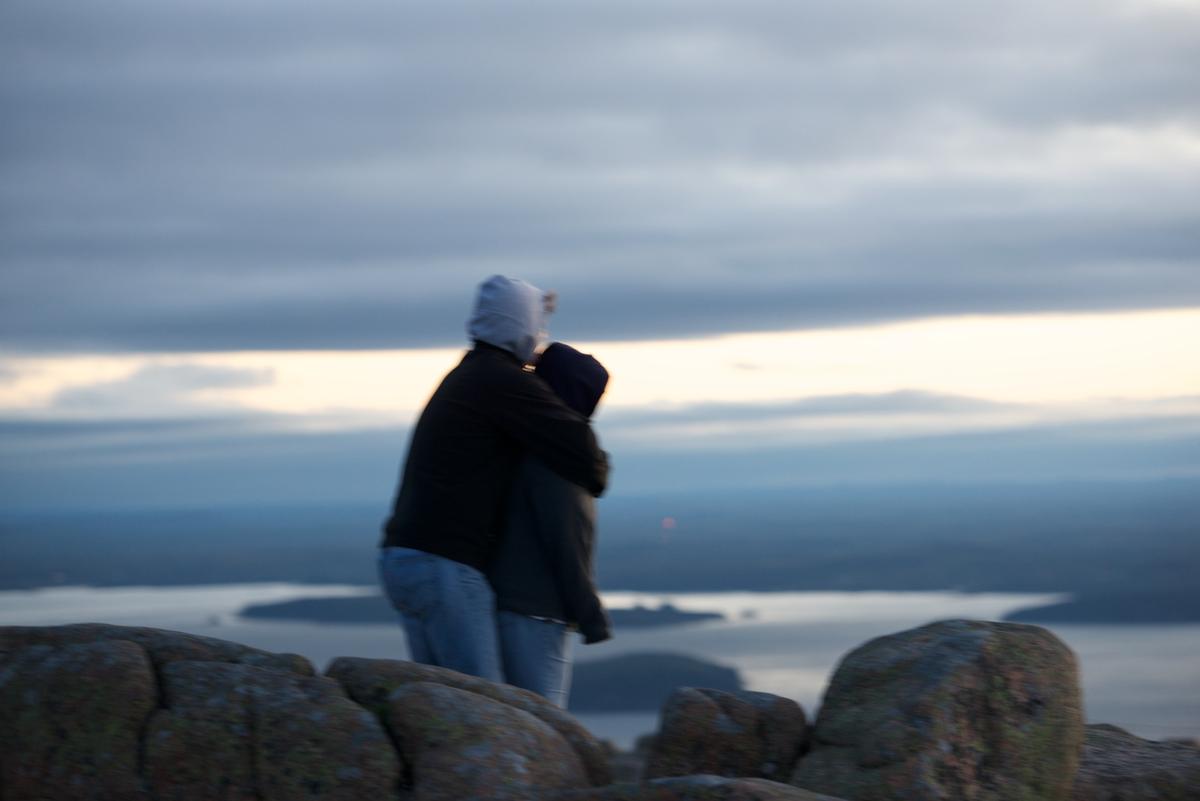 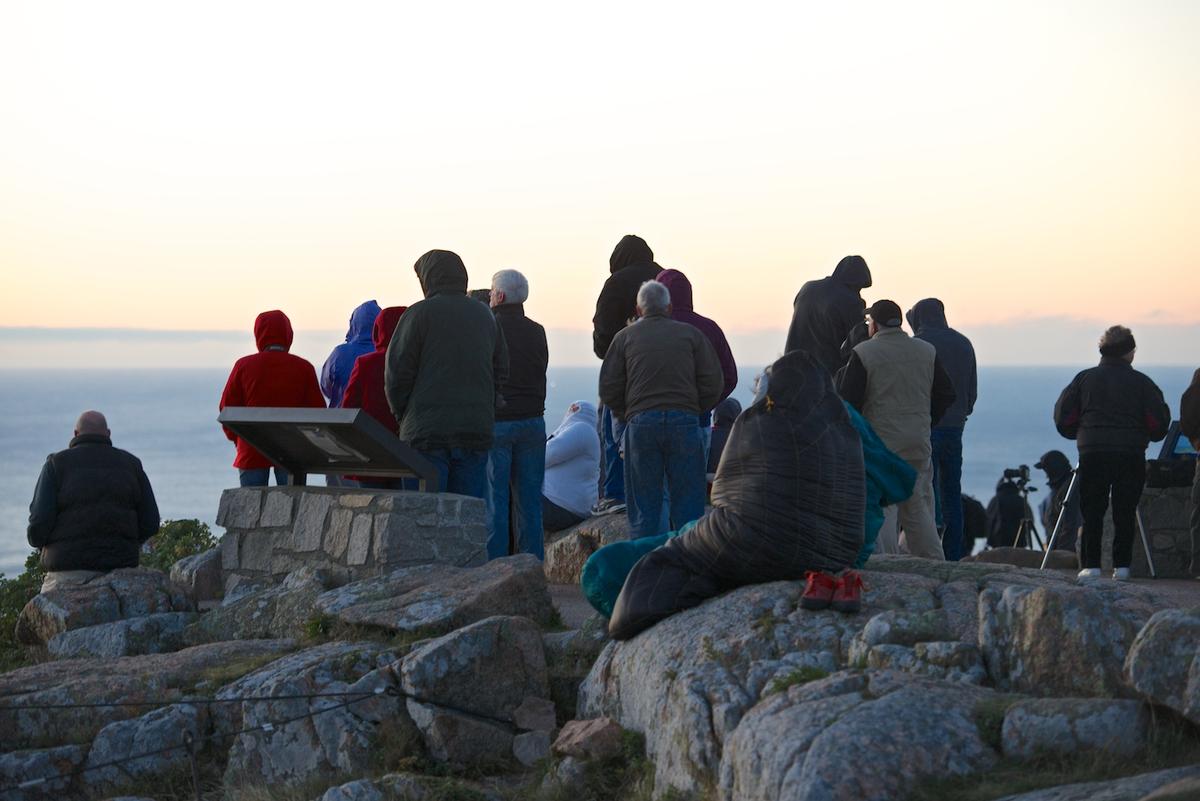 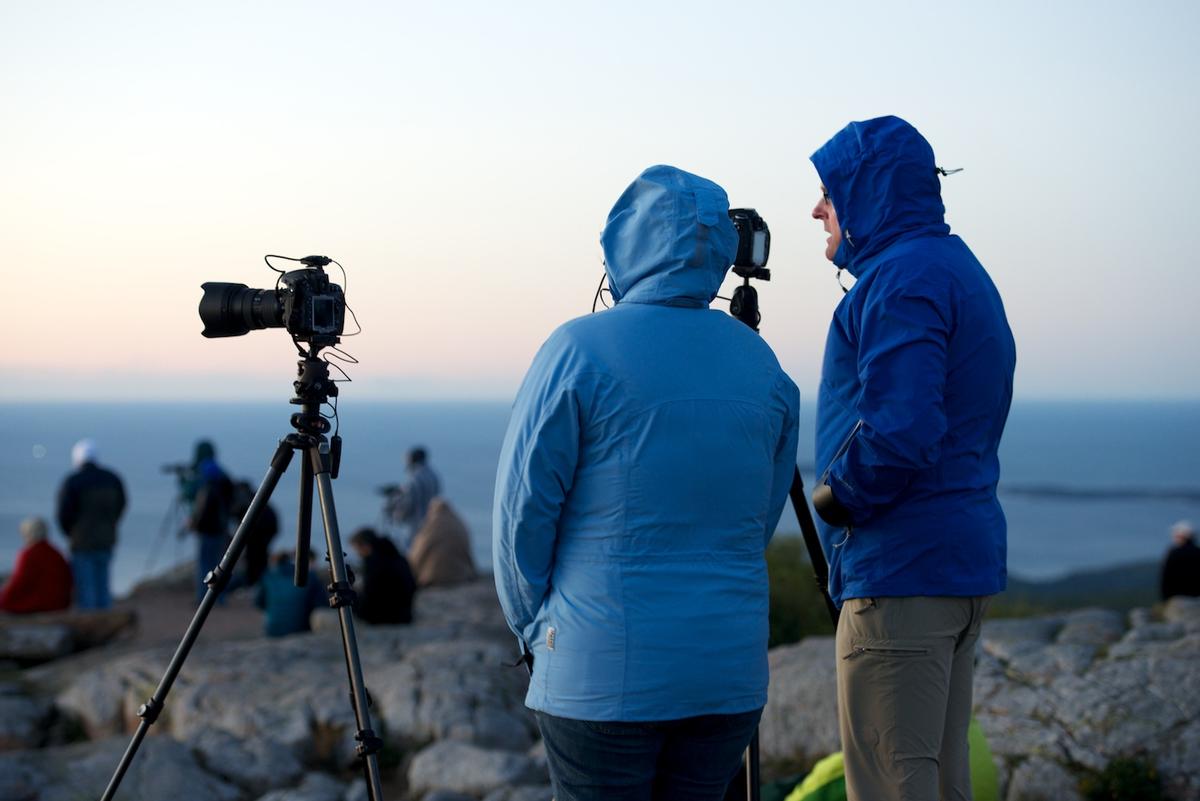 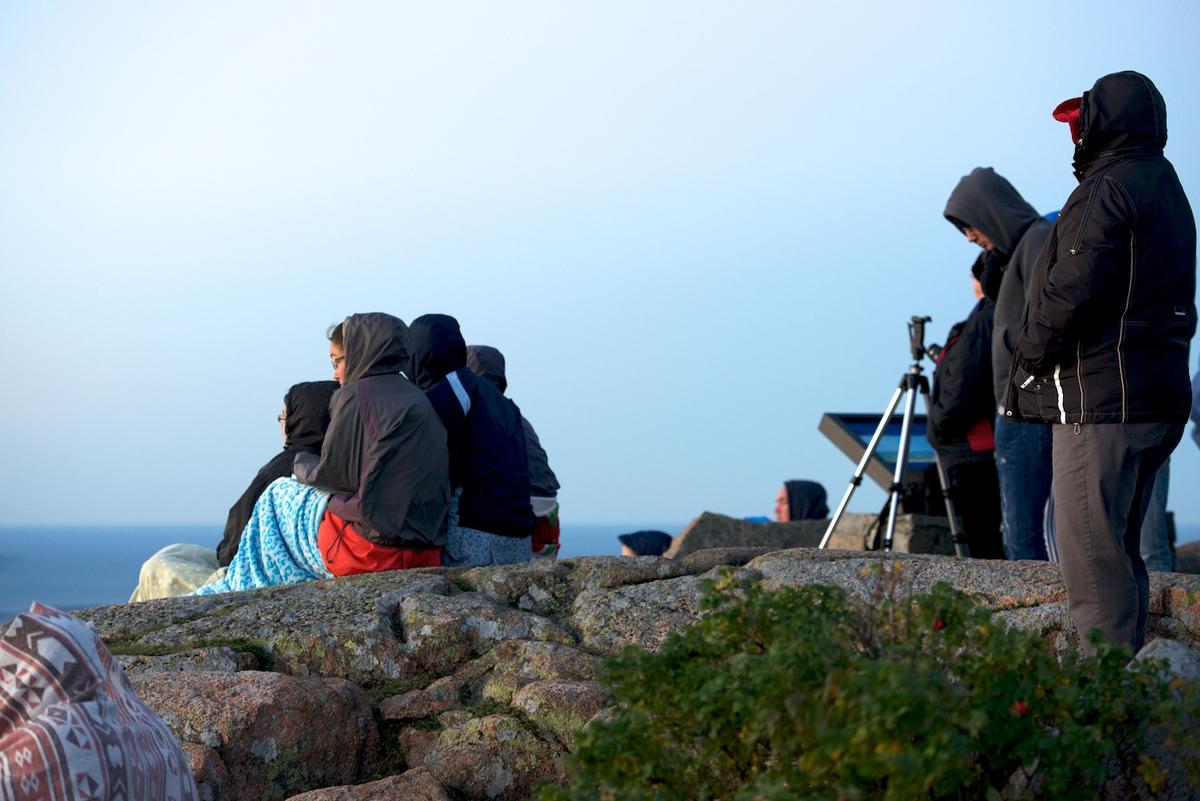 I didn't hang around. It was freezing cold and very windy and I'd had my moment the evening before.

Having just come off a very successful two night open studio event last week I carved a few days to take off to shoot. Thank you all for coming to see work in my studio. Let me know if you'd like me to do that again.

I am writing this while on a brief road trip through northern New England. It is easy to forget that some of the best driving roads and places to photograph are, for those of us that live in or near Boston, right in our backyard. I spent the first night in Brattleboro, the second in Littleton, NH and last night in Orono, Maine. This constituted a sweep from northwest in Vermont to northeast in Maine.

Much more driving than photographing on this one but that is often true when looking for things to shoot while enjoying an empty road in a good car. No complaints as the weather has been fine, the foliage at very late summer beginning to turn and there has been little traffic.

Here are a few from along the way, no order, no sequence, just pictures: 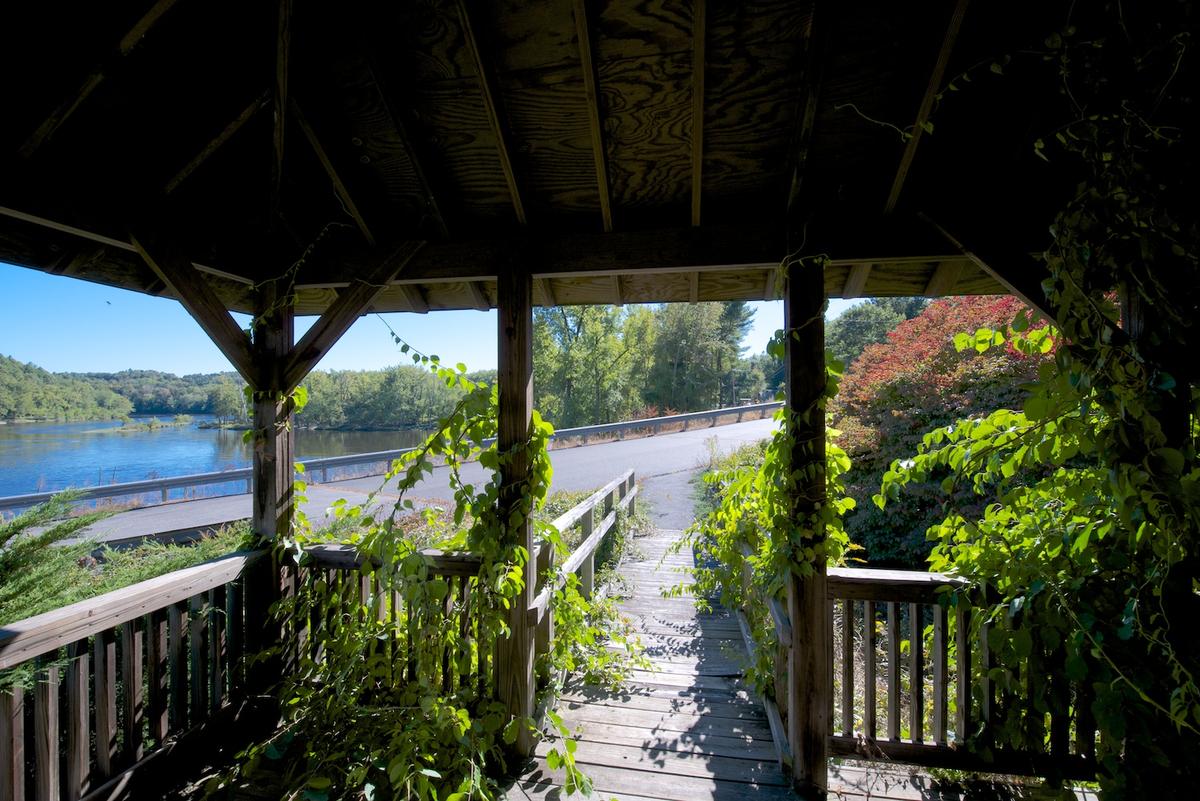 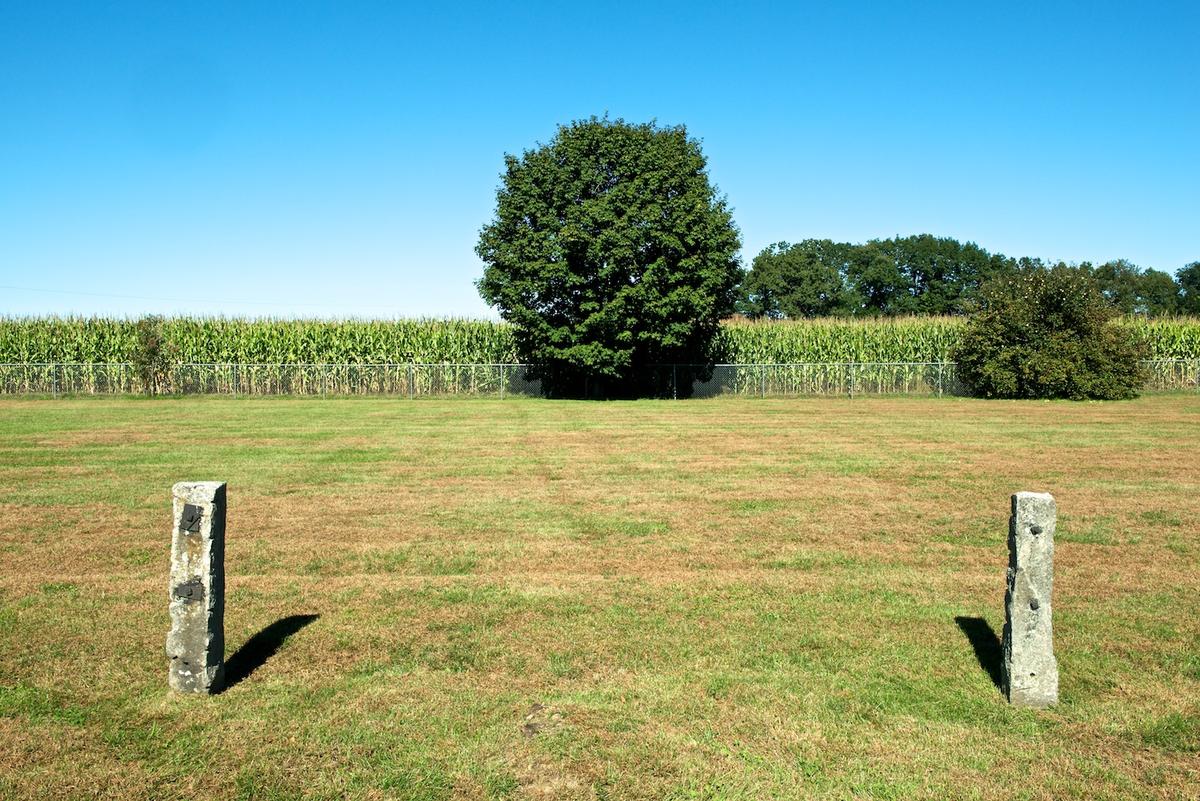 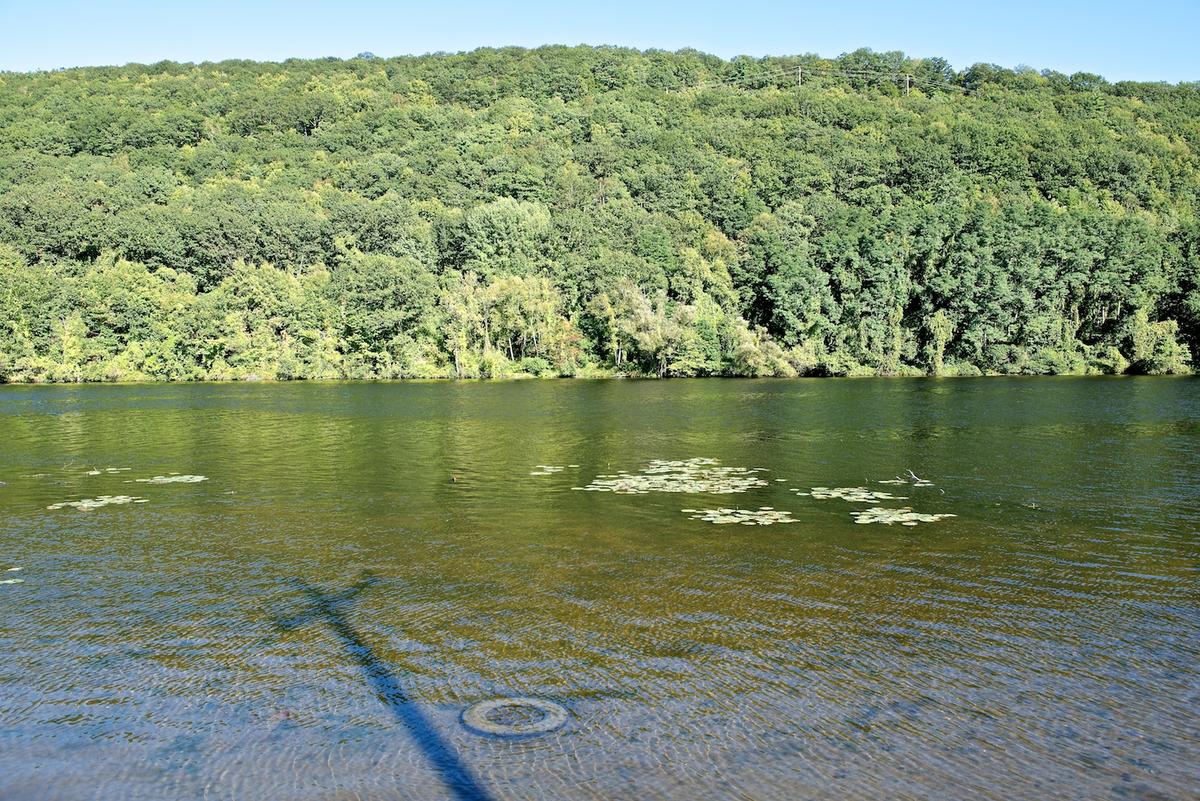 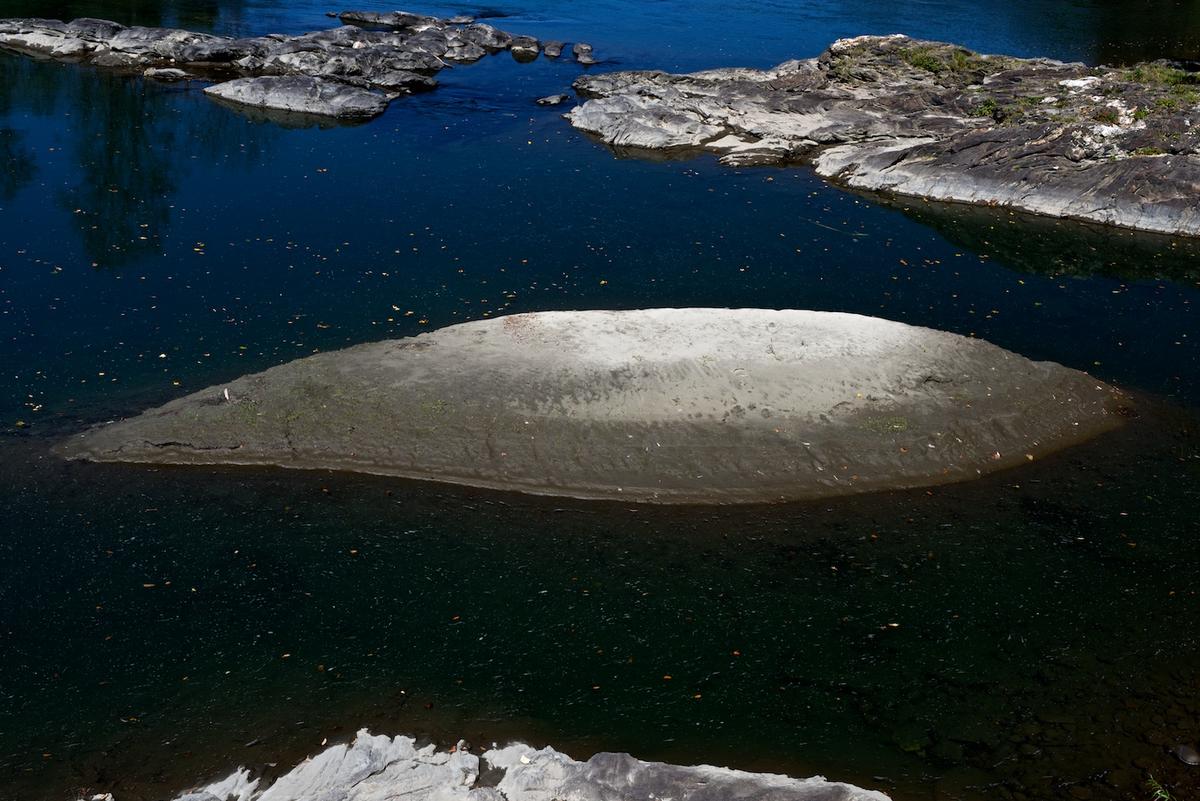 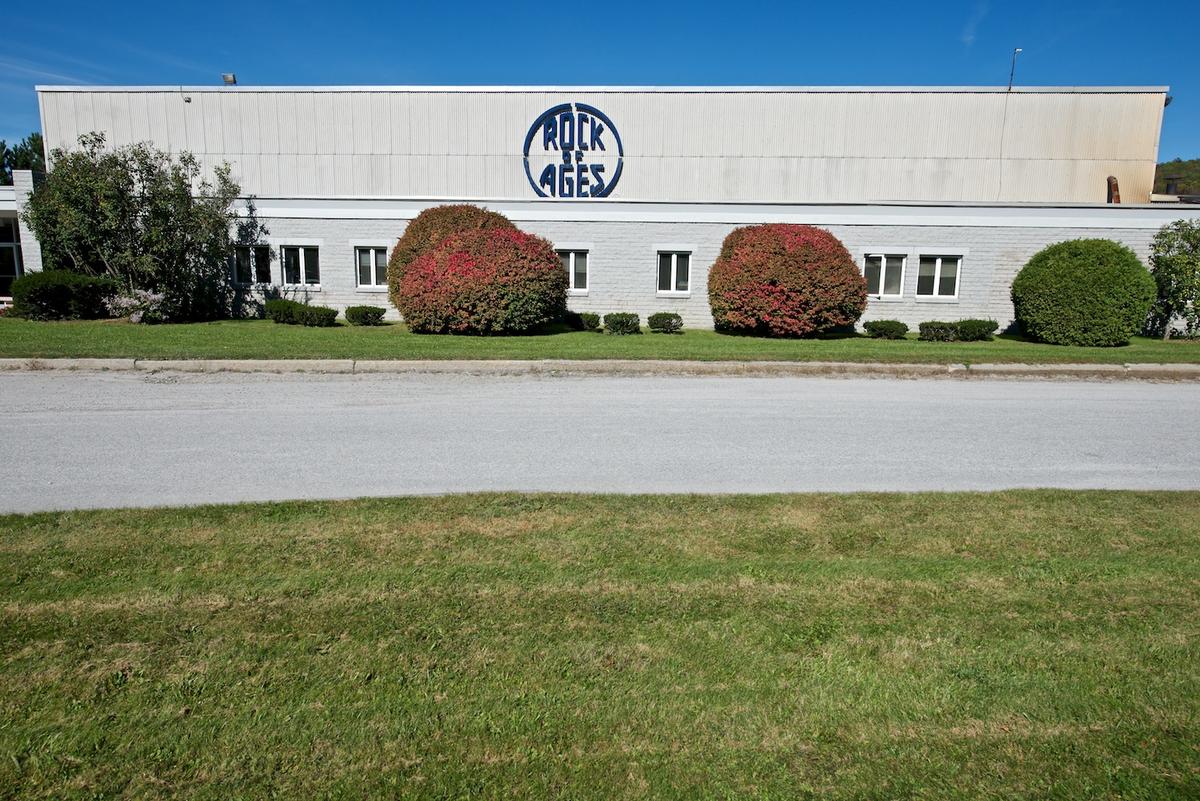 Friday afternoon I took the tour of Rock of Ages, the granite quarry in Graniteville, Maine near Barre. They let you in to see the plant where they make mausoleums, statuary and tombstones, then bus you up to the quarry. 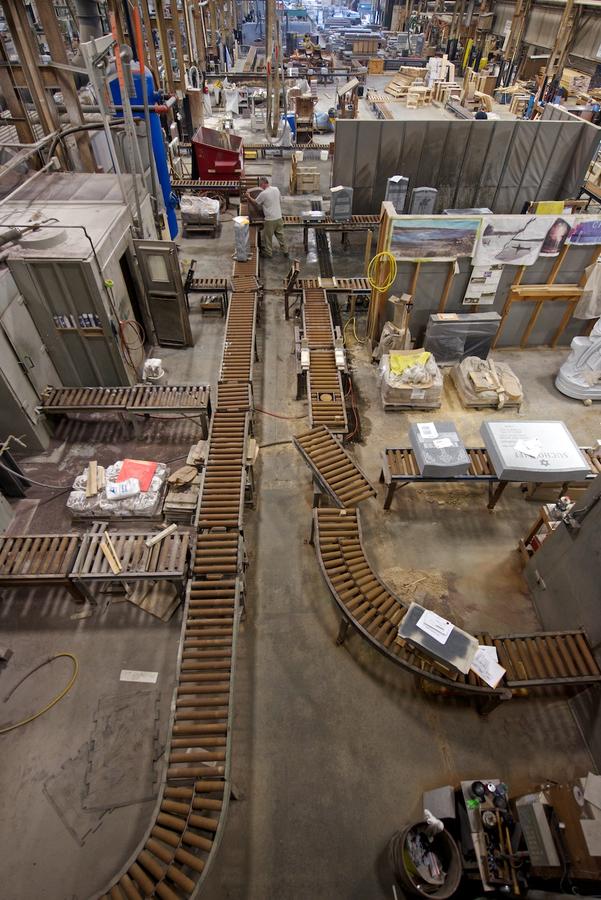 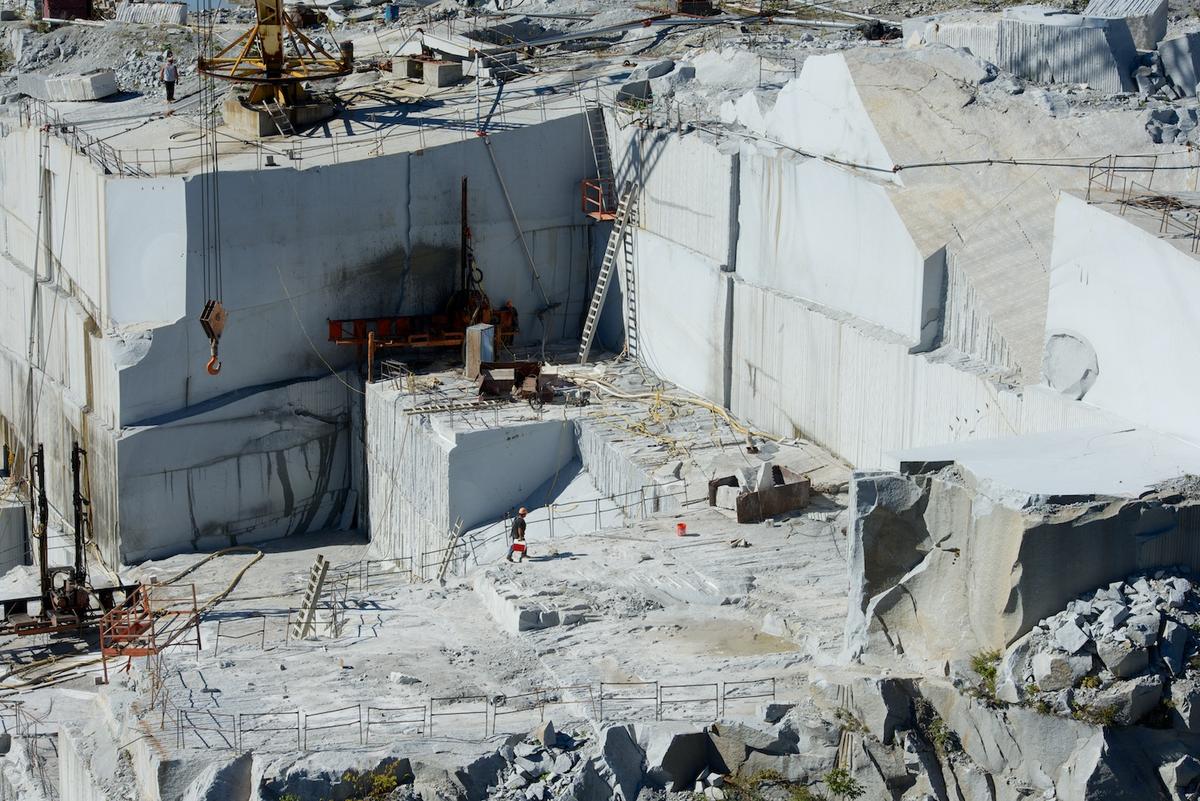 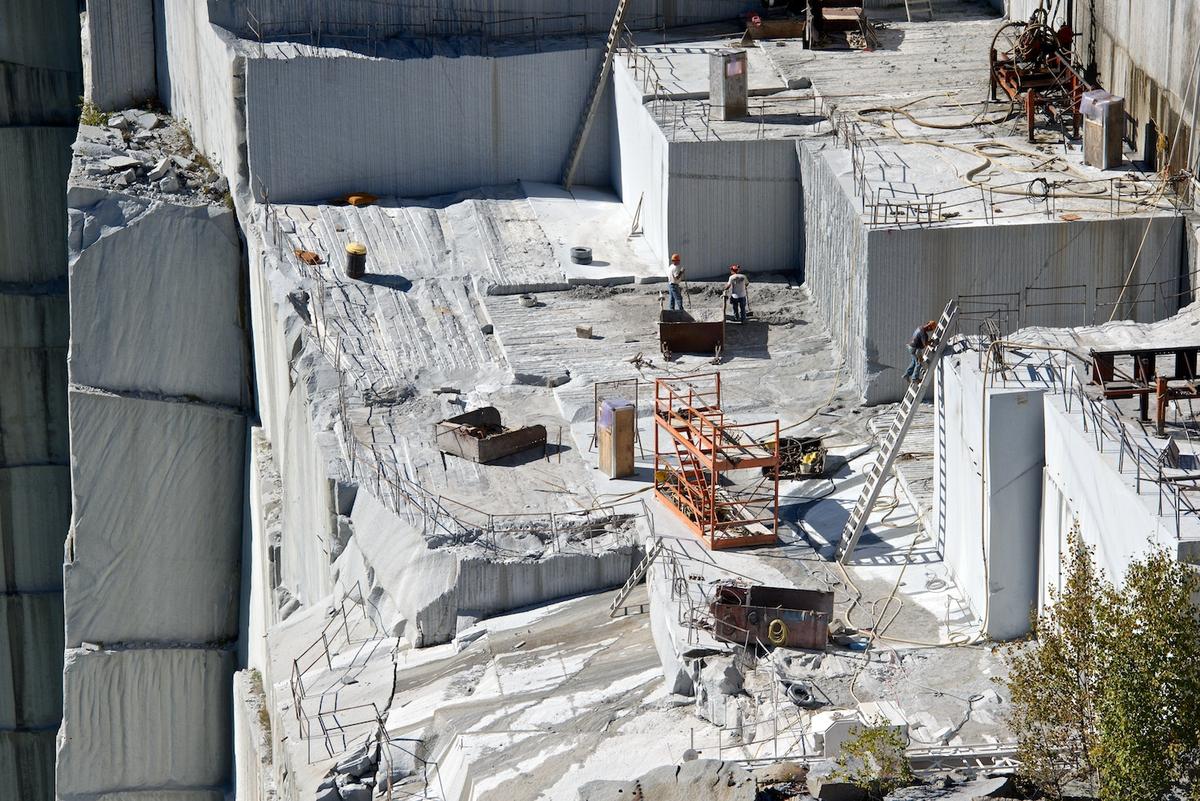 I spent a couple of hours in Rumford, Maine. In all my travels I don't know that I'd ever been there before. 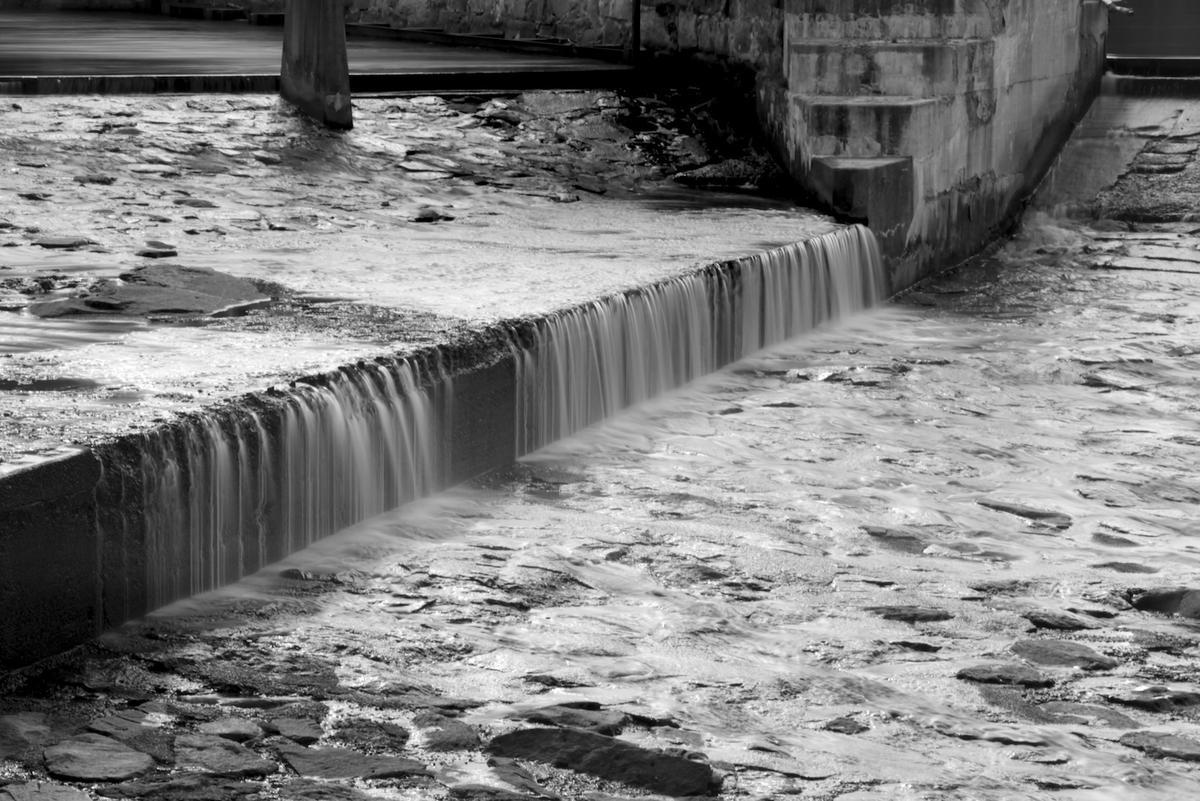 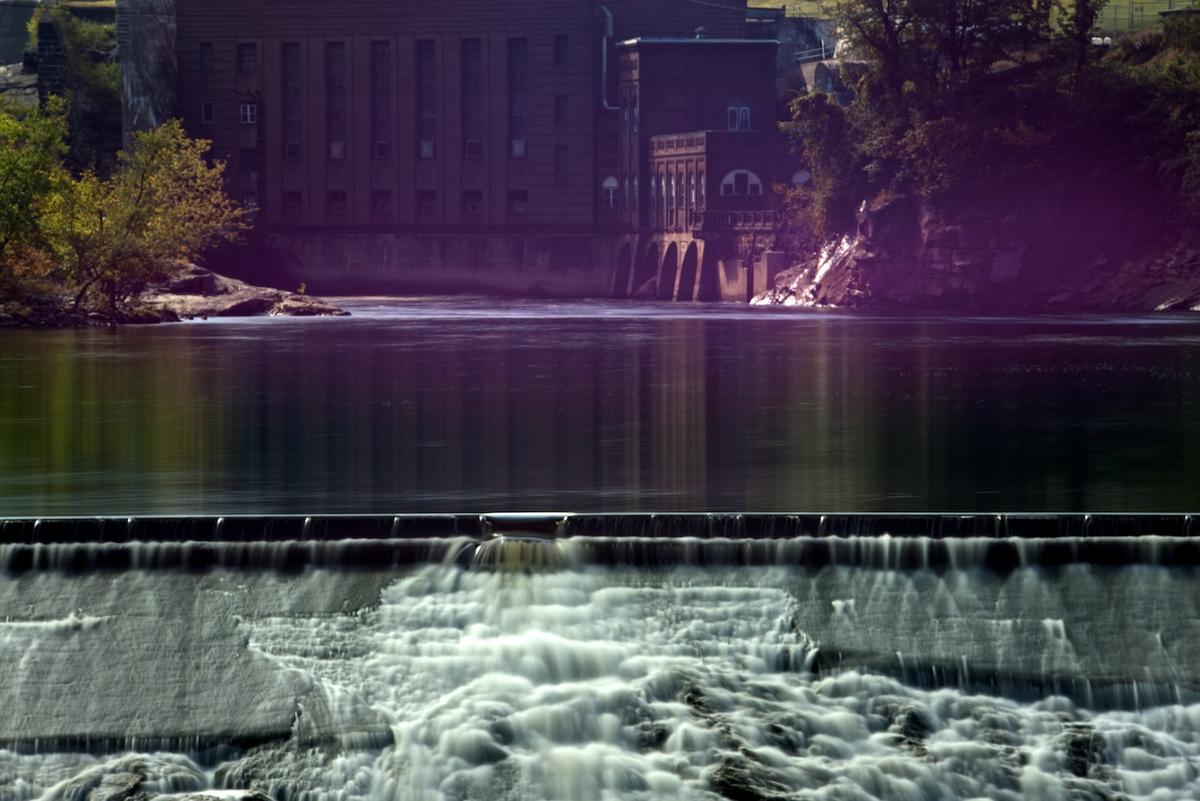 I'm not done yet, although as I write this it is raining and raining hard. Hopefully this won't last and I can move on. I am headed to Acadia today, I hope.