I've used this before but the line "I've seen things" is what Rutger Hauer says before he says, "time to die" at the end of the movie Blade Runner. It's a great line.

On a slightly less dramatic level I have seen things this summer. And done things too. Four weeks in Iceland, a kayaking trip along the coast of Maine, a night on Monhegan Island twelve miles offshore, dinners at lobster pounds, hours working in the studio getting ready for a print viewing September 16 and 17 (which you are invited to. Go to: Studio), or home making prints, an autocross in New Hampshire which involves fast cars, traffic cones, a big parking lot and a lot of corner workers and its not over yet as I am back in Martha's Vineyard once again, with a camera in hand.

Actually, it's been an excellent time for me photographically lately on the Vineyard. Many of you know I've been coming here my whole life. It can be hard to photograph near your home and doubly hard to photograph in a place as beautiful as Martha's Vineyard. I seem to go through phases where I get some good work from it, then not so much and so on. Right now I am finding things that are interesting to photograph. 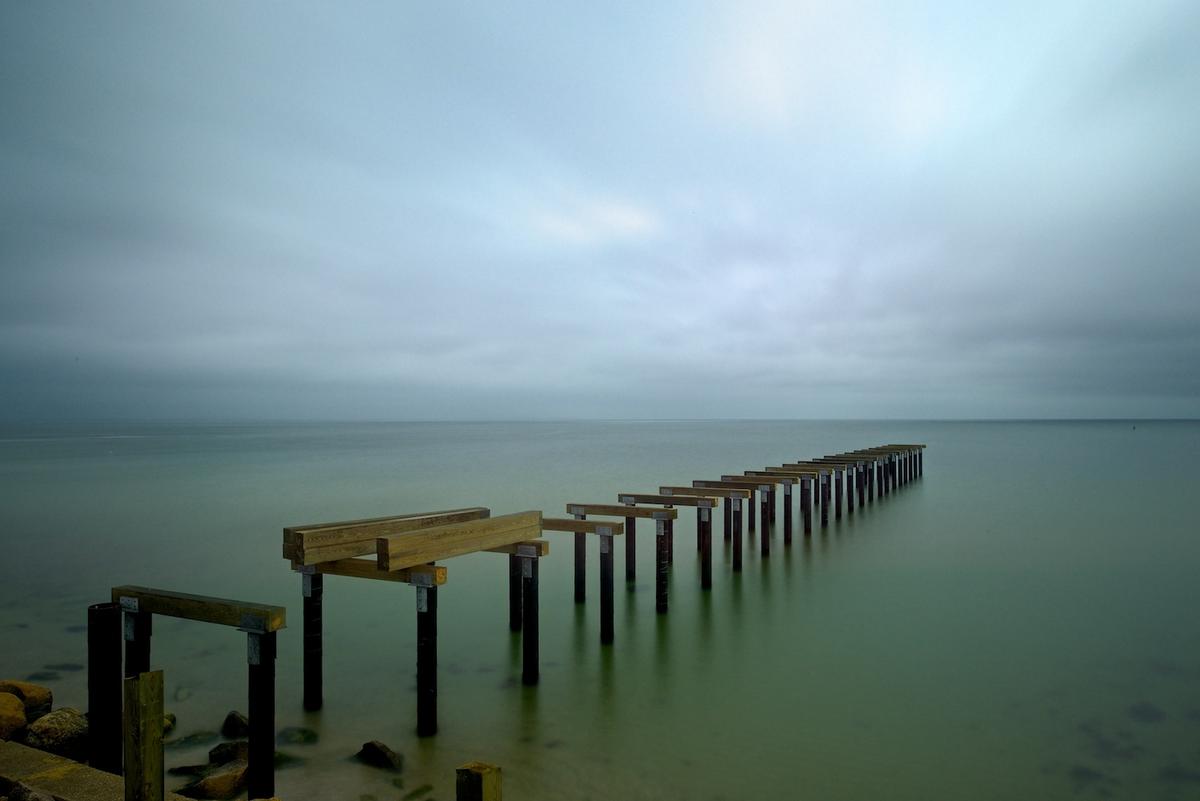 They are building a new fish pier on the island. This, of course, is a very big event and very contentious. Some think it shouldn't be at this location, some think it shouldn't be at all. Change is hard here. They debated for years about turning a 4 way intersection with stop signs into a roundabout. The roundabout won. They are very proud they have no stoplights on the island. No McDonald's either. Anyway, I've been photographing the fish pier in the early morning with a nine stop neutral density filter. What's that? It is a gray filer that goes over the front of your lens that restricts nine stops of light from coming through the lens. This means that, subsequently, the shutter has to remain open longer to compensate. This then smooths the water as the shutter is open, in this case for say, 45 seconds or so. Easy. 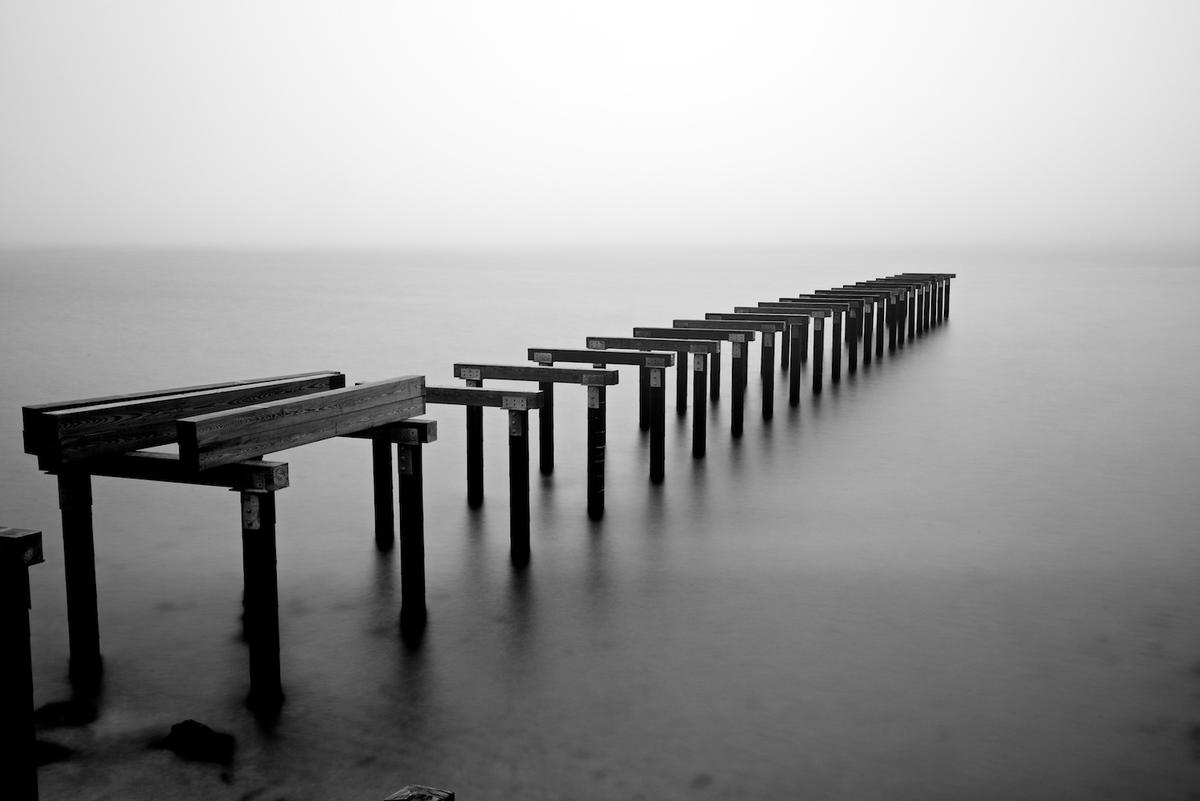 Yes, this is how most of the smooth water pictures are made. This is a first for me and you saw it here.

I've also been shooting other stuff while here, as I always do on the island: 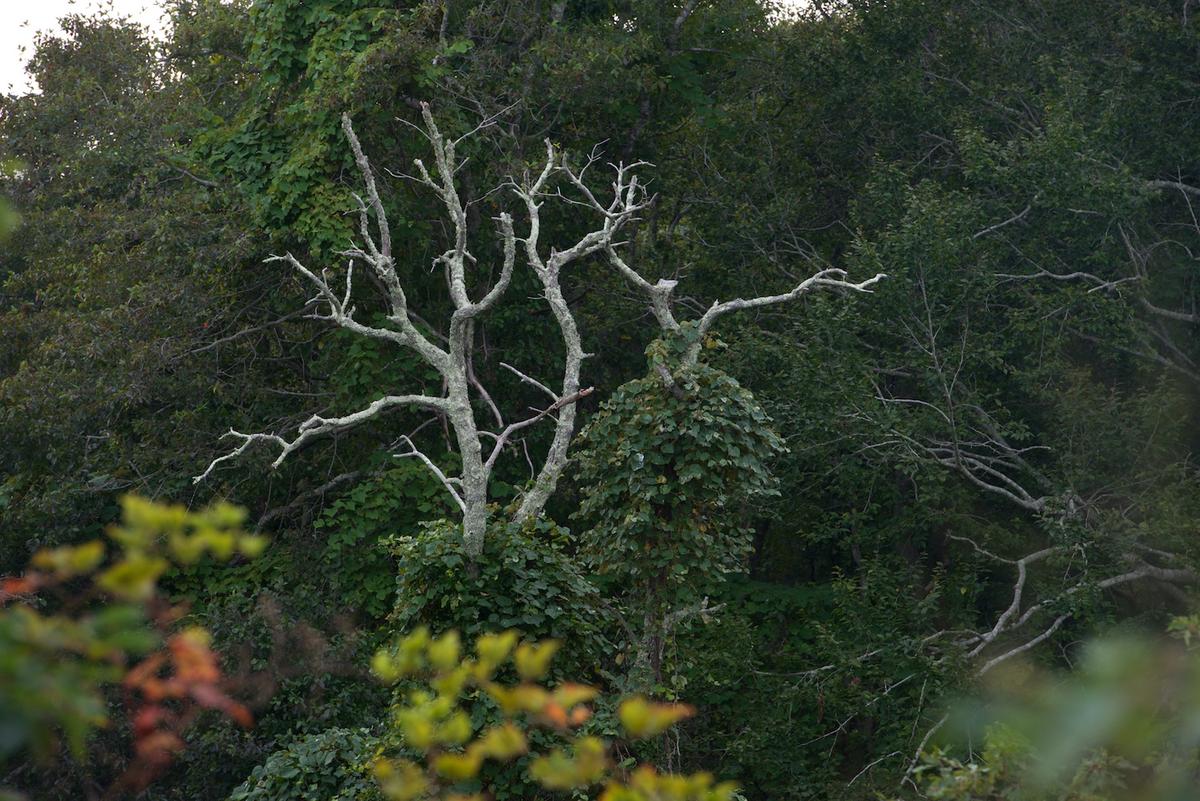 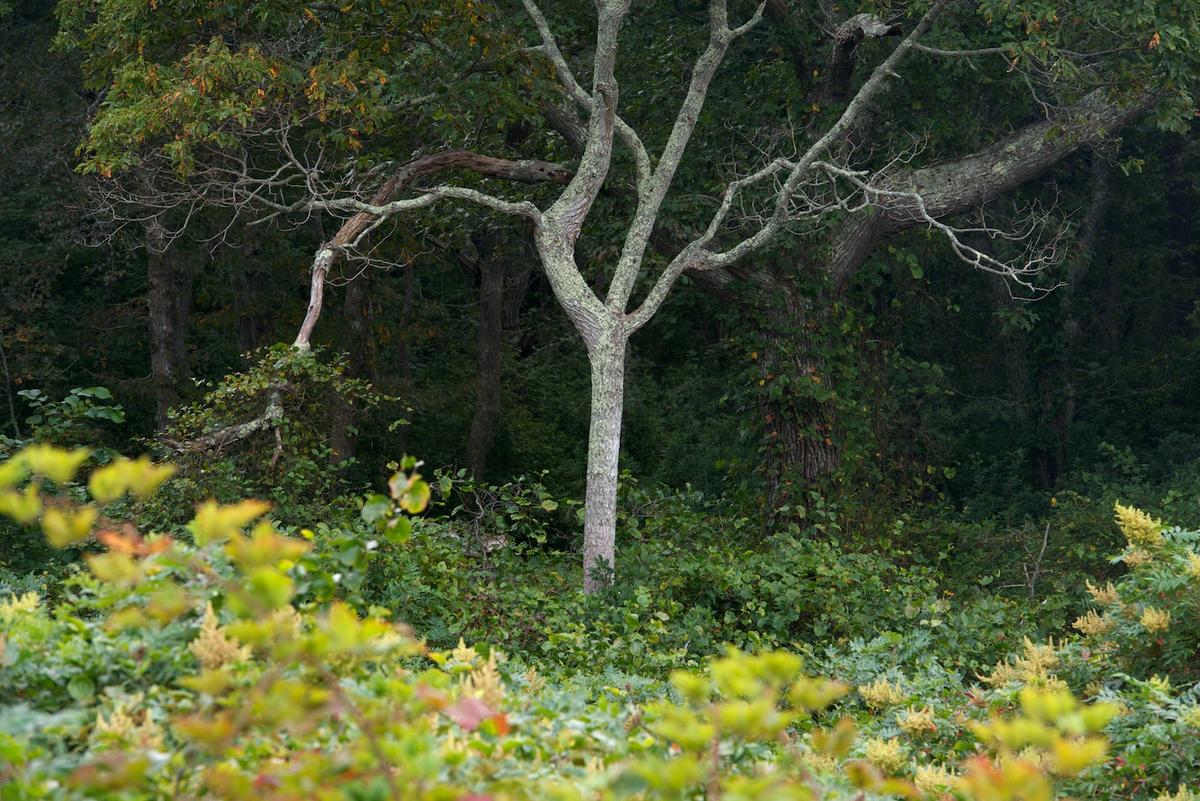 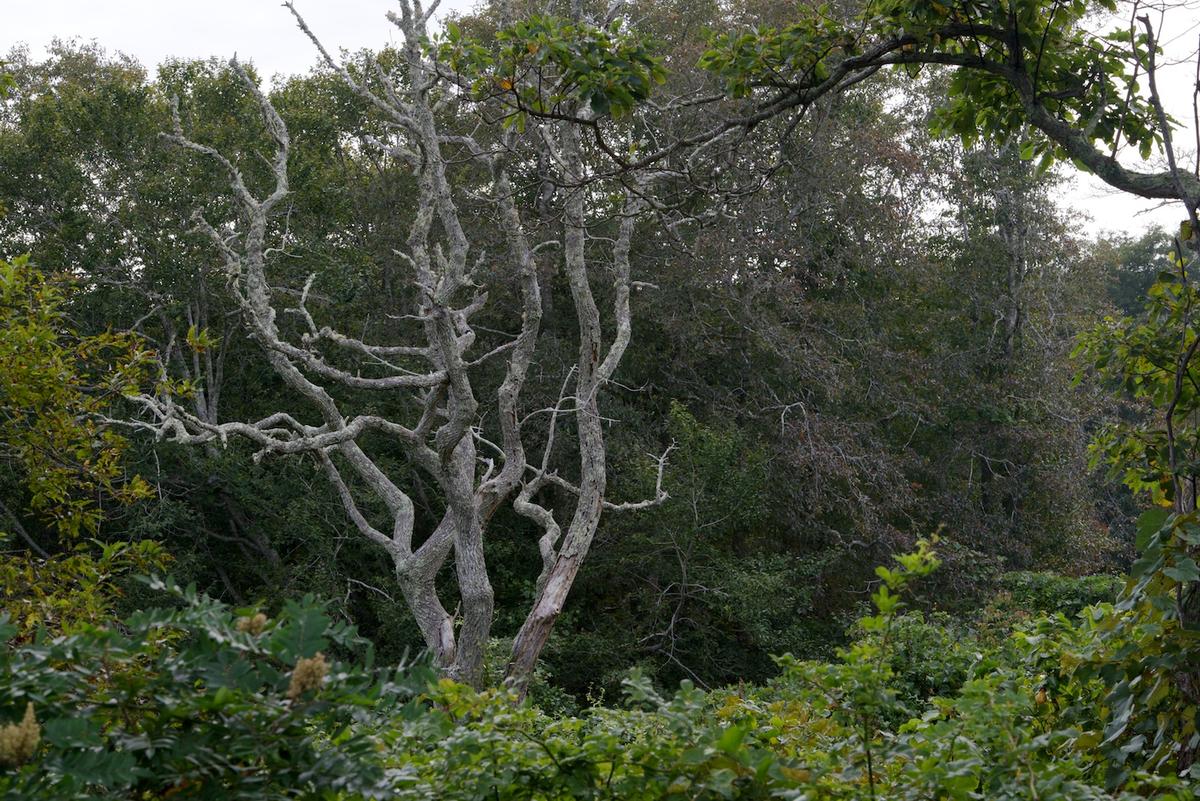 Trees prevail. These are made pretty close to where I was shooting last spring and made a set of pictures called: Spring & Fall. 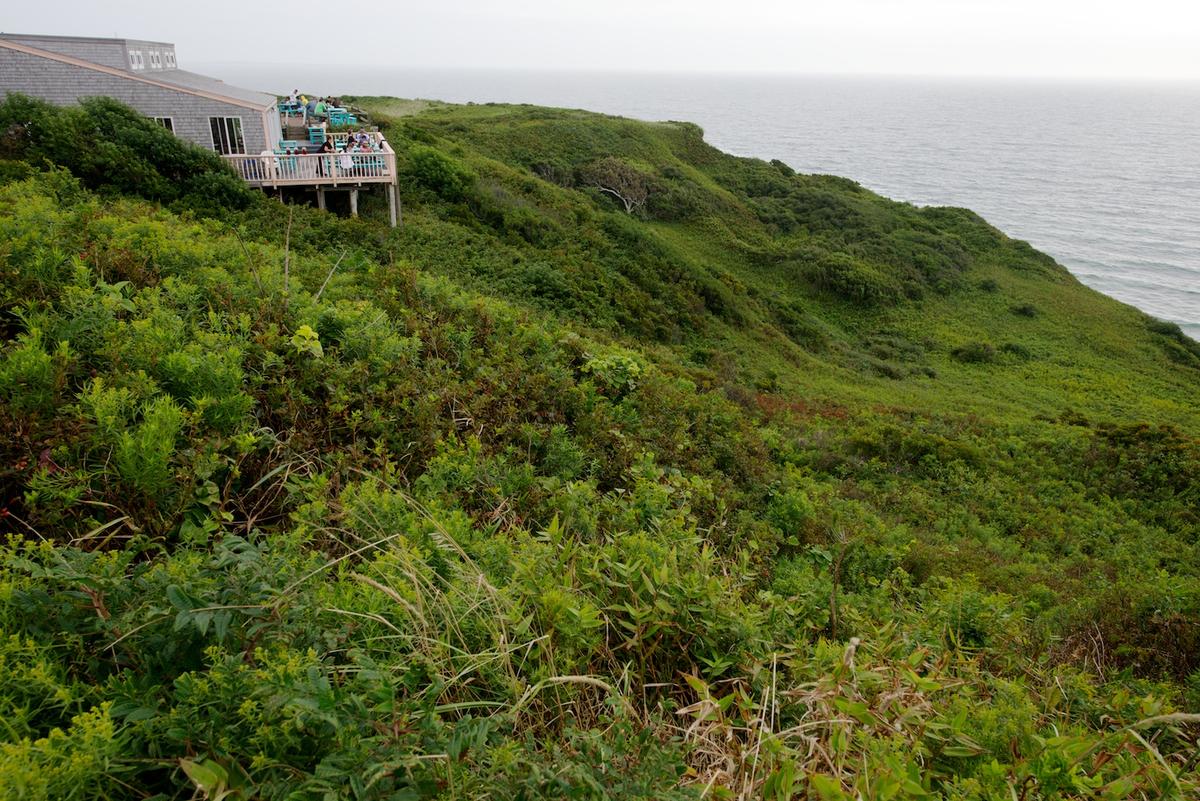 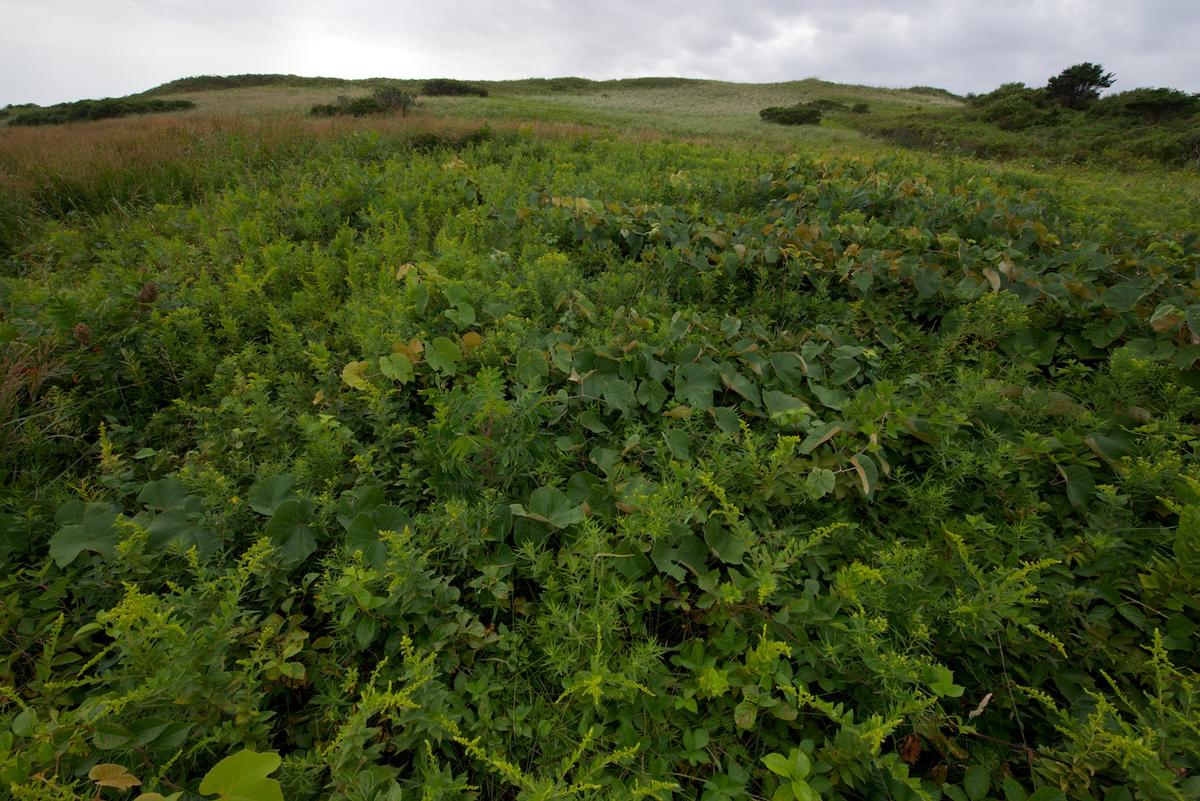 Late summer can be very lush. It is this year on the island as there's been enough rain. The two above are from what we old timers called Gay Head, now called Aquinnah. This is the big time tourist attraction at the tip of the island where the  clay cliffs are. For years I've gone up there and just sat at the top where all the tourists go to see the view: 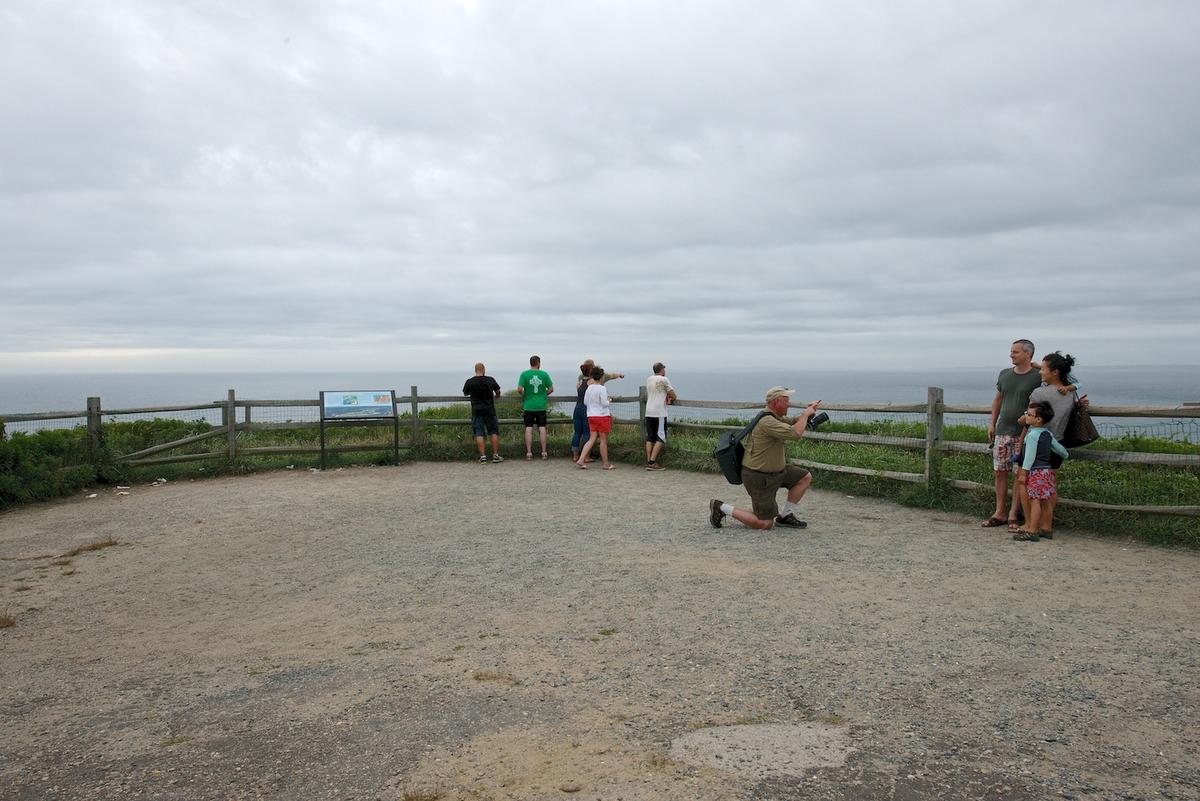 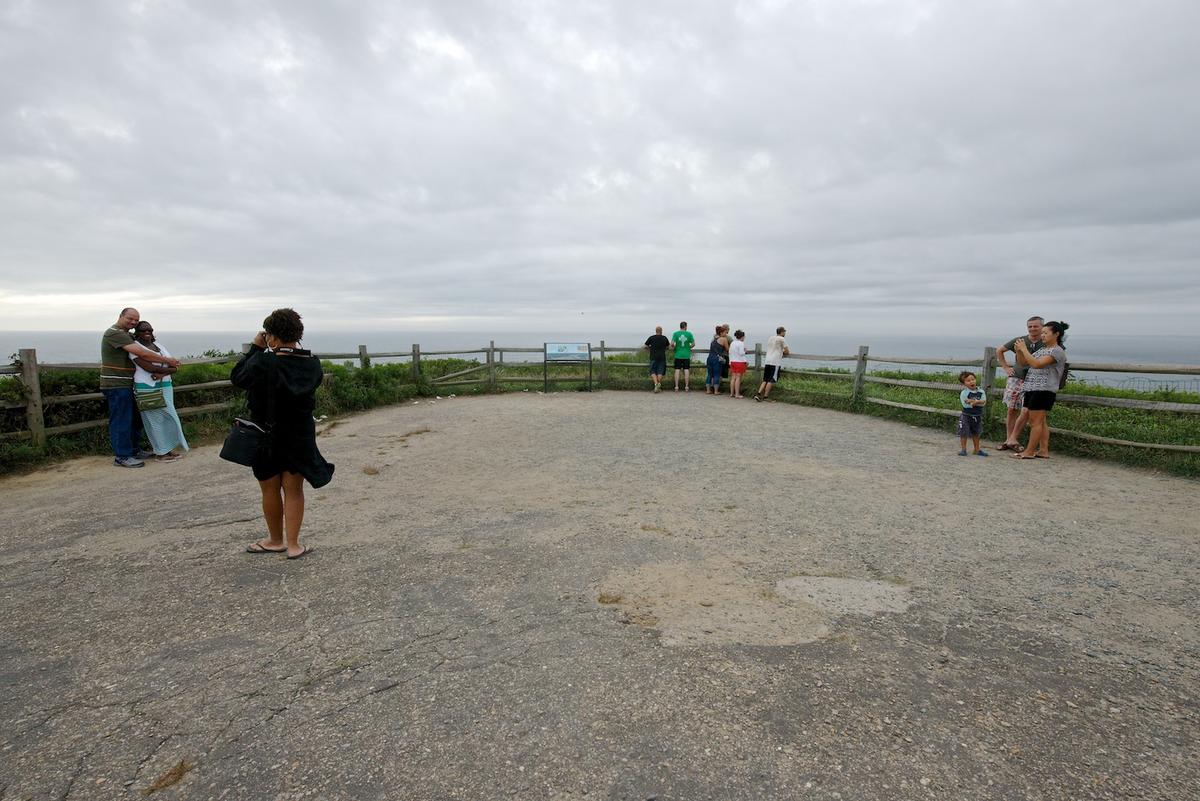 Sitting there, waiting for the picture to come to me rather than needing to go to it to make it happen, I can remember sitting in this same place with a twin stroke Leica M3 and a 21 mm Summicron lens and 20 exposure Kodak black and white infrared film in the camera, doing exactly the same thing, oh.... 36 years ago. OMG! Long time ago. 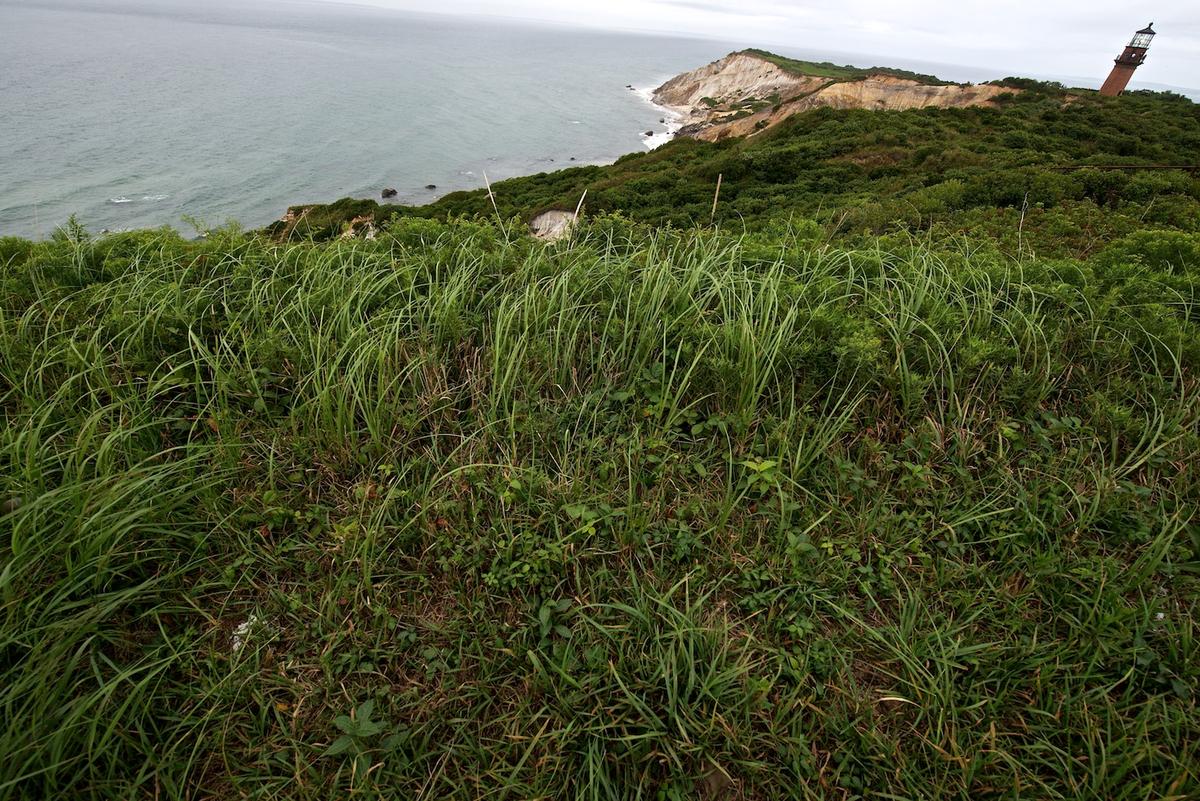 This, of course, is one of the views they want to pose in front of when getting their picture taken, although maybe they wouldn't like the leaning over lighthouse so much. I have always liked to photograph people being photographed, particularly in touristy places.

There are times where life can seem like a series of adventures and my time on this planet since retiring from teaching in January 2012 has felt very much like just that. Life is good. Will it continue? I hope so. Will it involve photography? What do you think?