I've written occasionally about a picture of mine that stands out or seems special. For instance, the tennis court picture I wrote about in What Is It?.

This post uses Yogi Berra's famous line: "Deja Vu all over again" as the picture below has been haunting me since I made it.

The photograph I am writing about is this which has been obsessing me since I made a print of it. 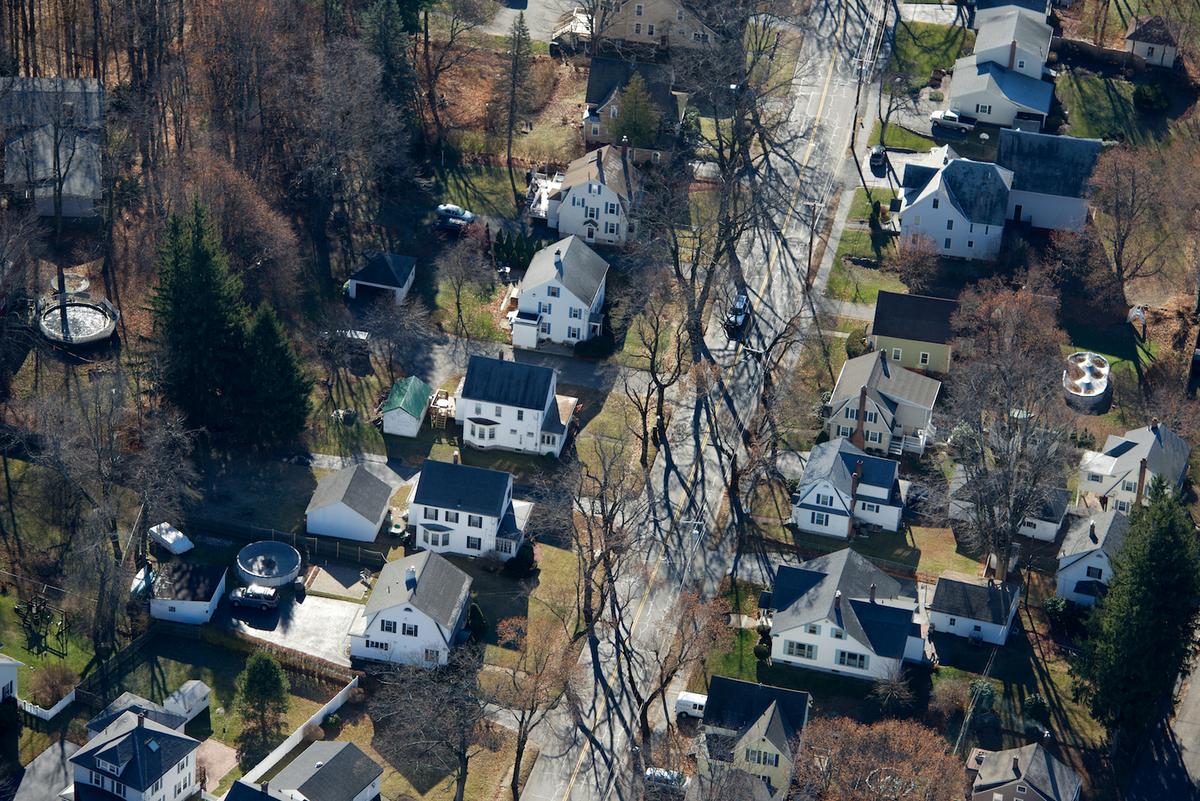 What's so special about it?  The line of trees and their shadows running down the right center of the frame. This is from a current project called Route 2 Trilogy that is 2/3 finished. It is aerial photographs taken along Rt 2 as it traverses the state of Massachusetts from Boston out to the Berkshires and the border of New York.

Exceptional? The picture looks fairly ordinary, a suburban street (actually near Fitchburg, MA) with homes on either side, clearly made in the late fall or early spring because there are no leaves on the trees. But it is the line of trees that gets me, so black it is hard to tell whether we are looking at trees or shadows of trees. Notice that above I wrote "since I made a print of it"? That's because there was quite a bit of work done to the file in post production to emphasize the trees and their shadows. This wasn't really finalized until I made the print.

Here it is cropped: 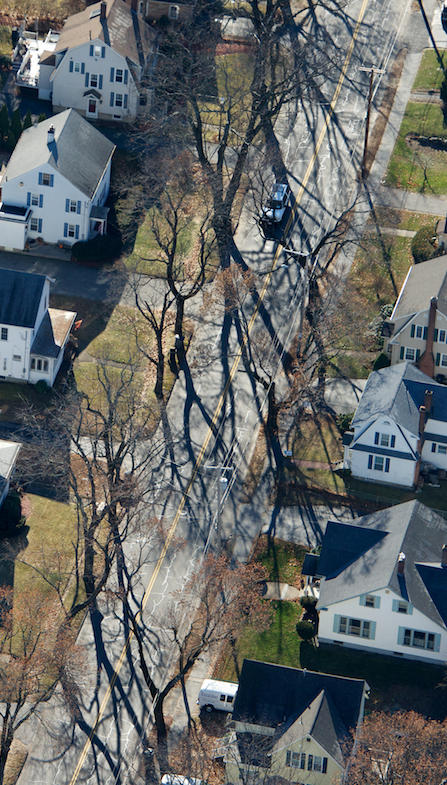 Pretty bizarre, yes? As in tentacles. The contrast of peaceful domesticity along a tree lined street in broad daylight with these trees throwing ominous shadows just slays me. But just recently I figured out why it feels like "deja vu all over again".  I rewatched the 1999 film American Beauty  a couple of weeks ago and guess what happens at the beginning and end of the movie?

There is an aerial tracking shot of the suburban street where Kevin Spacey lives with his family and where most of the film takes place. Aha! (I really did have a genuine "aha" moment when I saw the film.) The trees have the same kind of prominence in the frame, and the structure of the picture is very much the same as mine.

I've written before about the Sam Mendes film "American Beauty" in the post My American Beauty but didn't remember this until I saw it again recently. Funny how powerful imagery can be and how we often relate to pictures on a subliminal level.

So, did I make the picture in response to a scene to a movie I first saw in 1999 or did I make my aerial photograph independently and then note its similarity as I saw the movie again? I do not know.