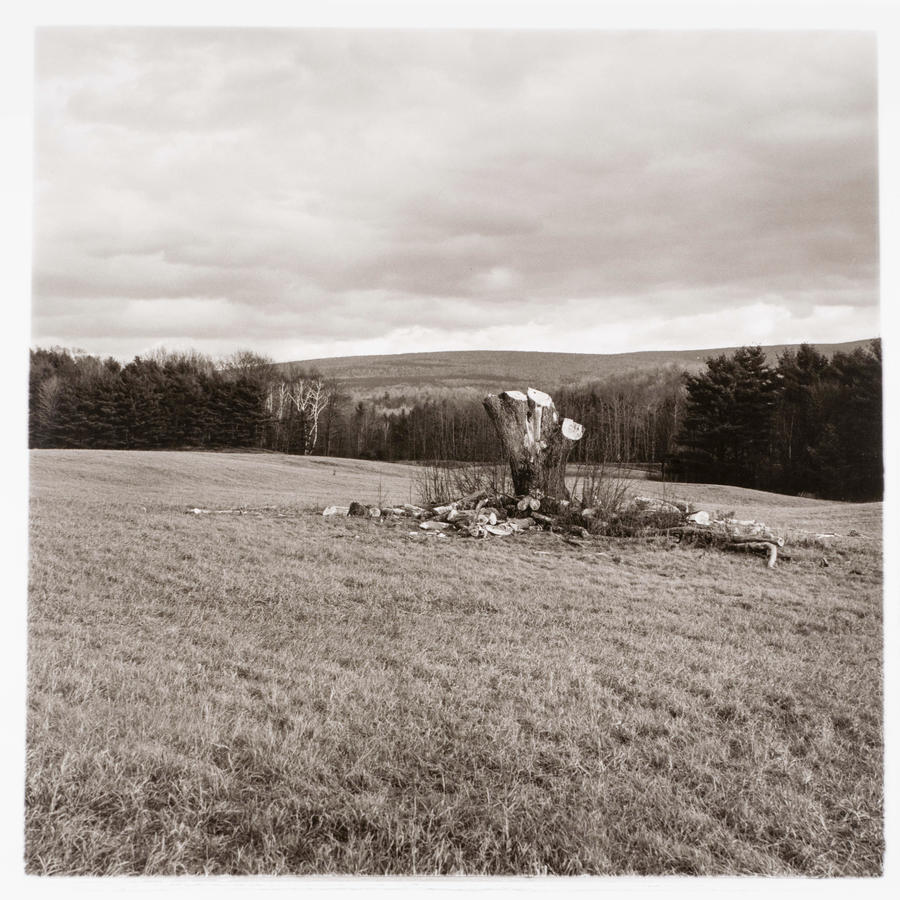 There was a tree on a one-day shooting trip to southern Vermont in the early spring in 1977. All by itself, chopped down, many of its branches and pieces on the ground scattered around it.

Since many of you are photographers you might like to know these were made with the single lens Rollei SL66, hand held, shot on Kodak's Plus-X film, processed in D76 1:1 and printed on Agfa's Portriga Rapid paper in 11 x 14 inches, hence the slightly warm color of the prints. You are seeing copies of the prints, not scans from the negatives. 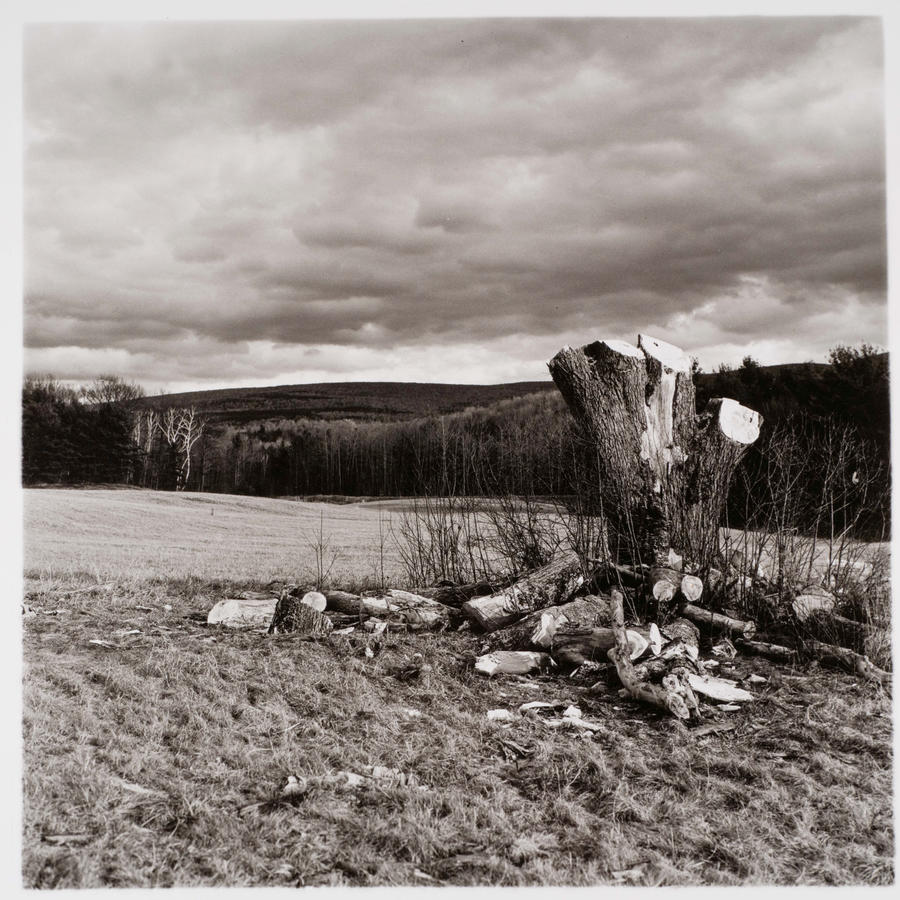 Context? Sure. I was teaching at New England School of Photography (NESOP) which, ironically, is about to close for good next month. I was single as my wife and I had divorced the year before. I was living in Cambridge, MA. I had finished graduate school a few years earlier and my career hadn't really begun in any meaningful way. That would start the next year as I began teaching at Harvard in 1978.

This was a time where my photographing and printing was incessant. I would have a one man show at the Addison Gallery of American Art in Andover, MA the next year, along with smaller shows at NESOP and at local galleries in the Boston area as well as shows at Martha's Vineyard. In fact, coming up the next summer I would have a two person show with my mom in Vineyard Haven. My mother was a painter. 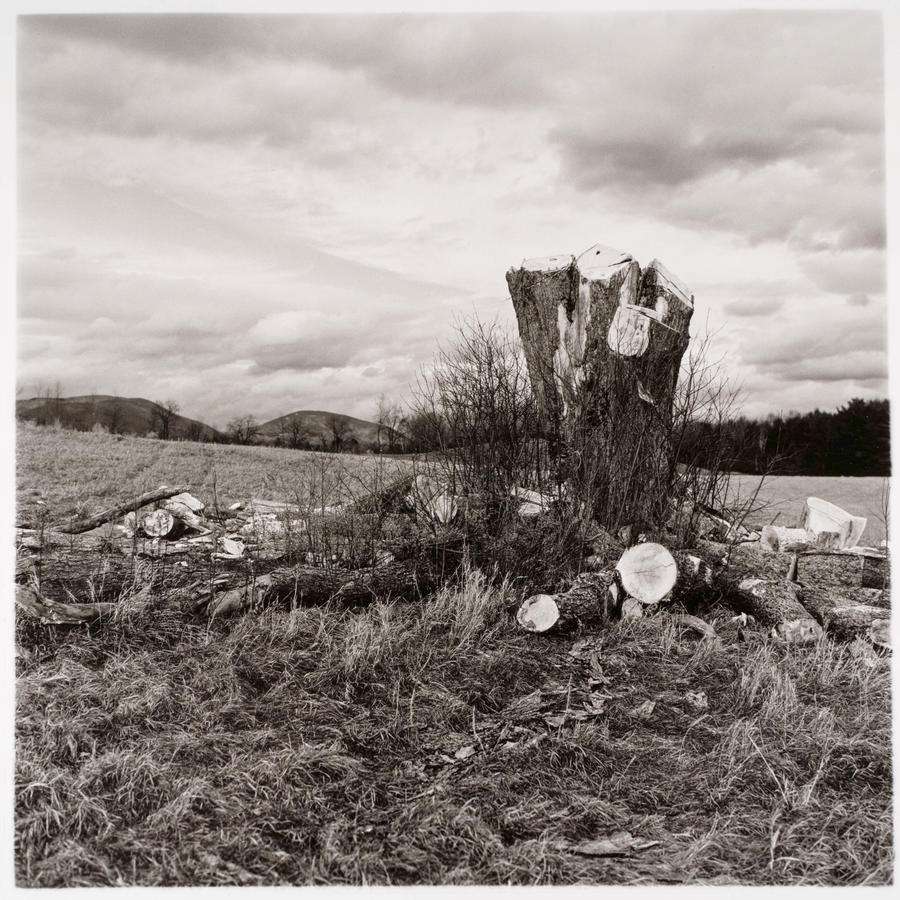 Why show these now? Well, because I came across them in a box of loose prints from the 70's last week. But more importantly, they always held a place close to my heart. They are "series work" before I knew what that was or that series work would form a foundational basis for my photography throughout my career. And they are evidence of a disaster, much like my pictures of Paradise CA are today. As a metaphor for larger tragedies, these photographs of a felled tree all by itself in a large field in Vermont has stood as a symbol for my relationship to the end of life and death for the past 43 years. 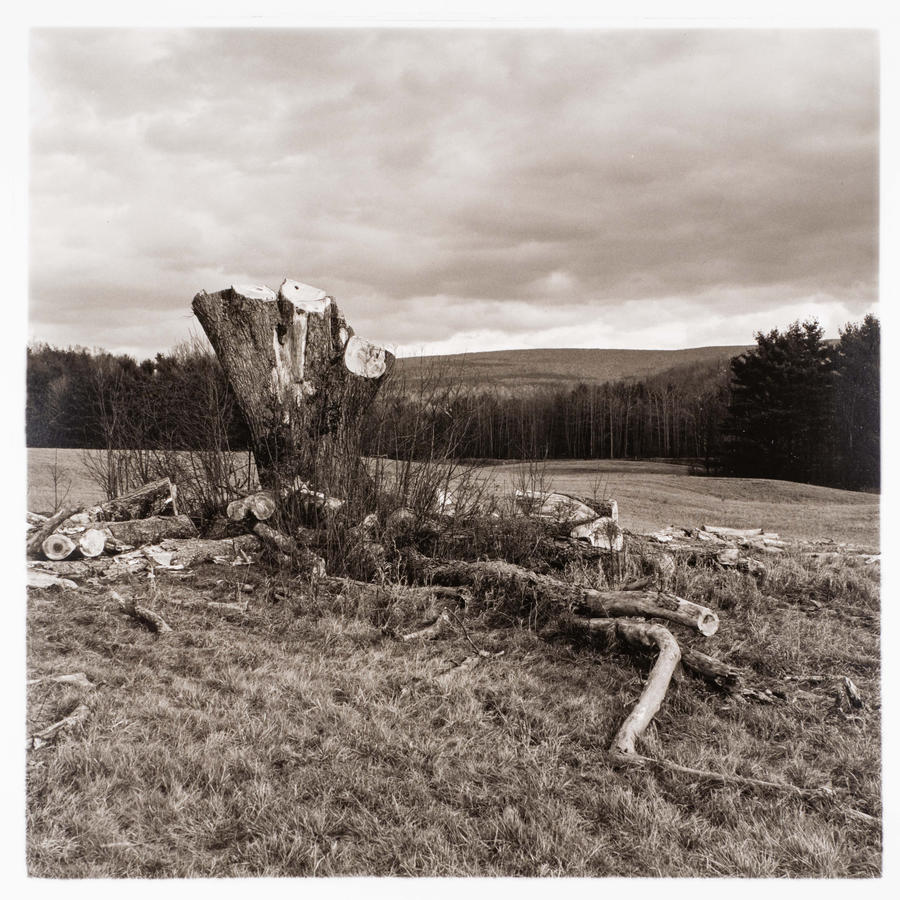 I am showing you the full set, just six prints. 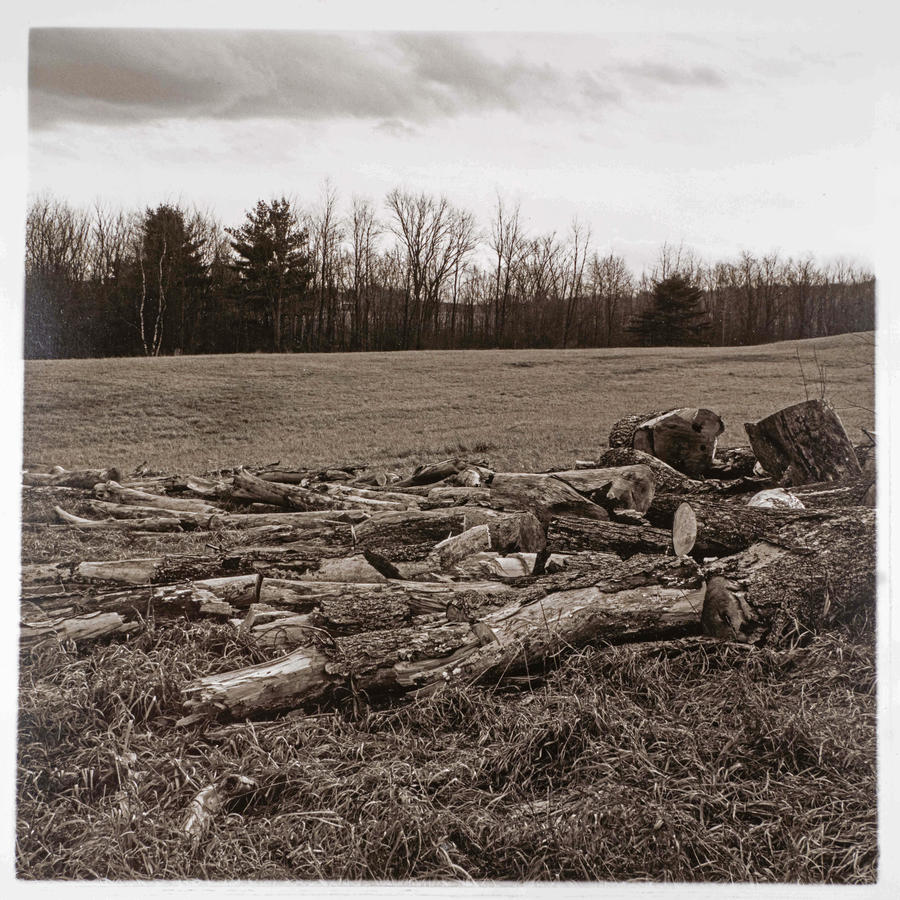 I remember the photographs of the bodies strewn around the battlefield by Mathew Brady or one of his crew during the Civil War. The next summer I would travel to Europe to photograph at Dachau outside of Munich and soon I would make my first intentional series work in Nantucket in the summer of 1980. 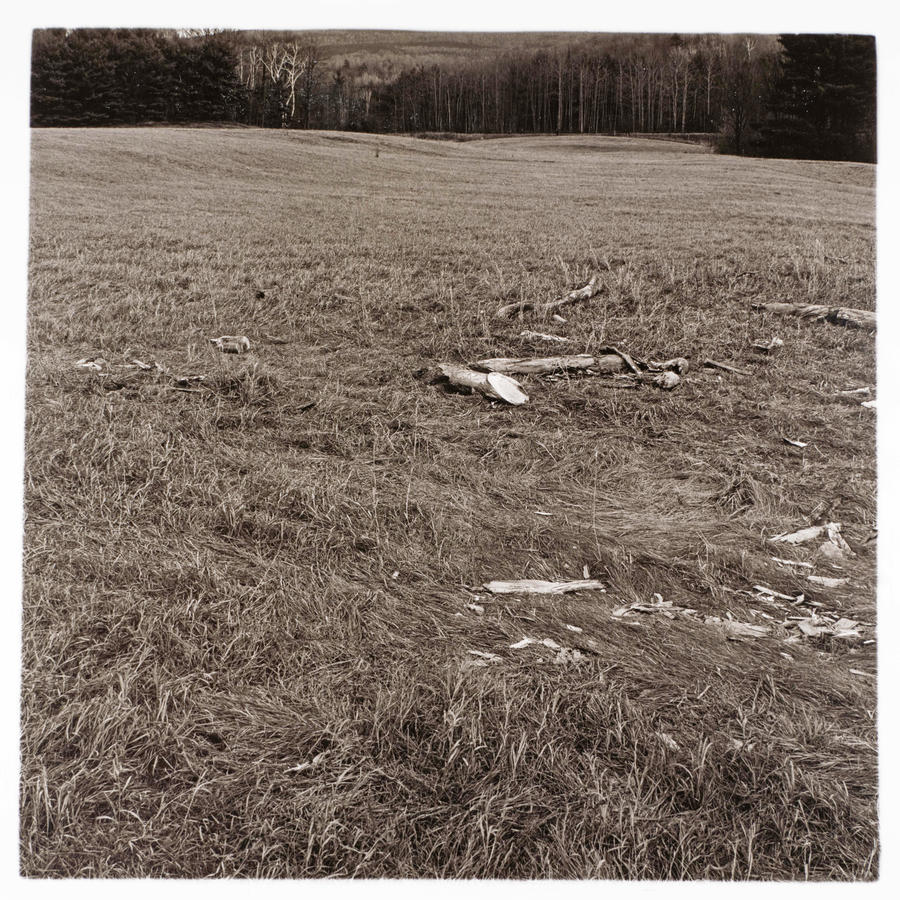 I don't even have a title for this work. It could be "Tree in a Field". Perhaps you have some ideas for what to call this series of mine before I was making series.

If you come Sunday I can show you the prints.

Thank you for reading my blog. 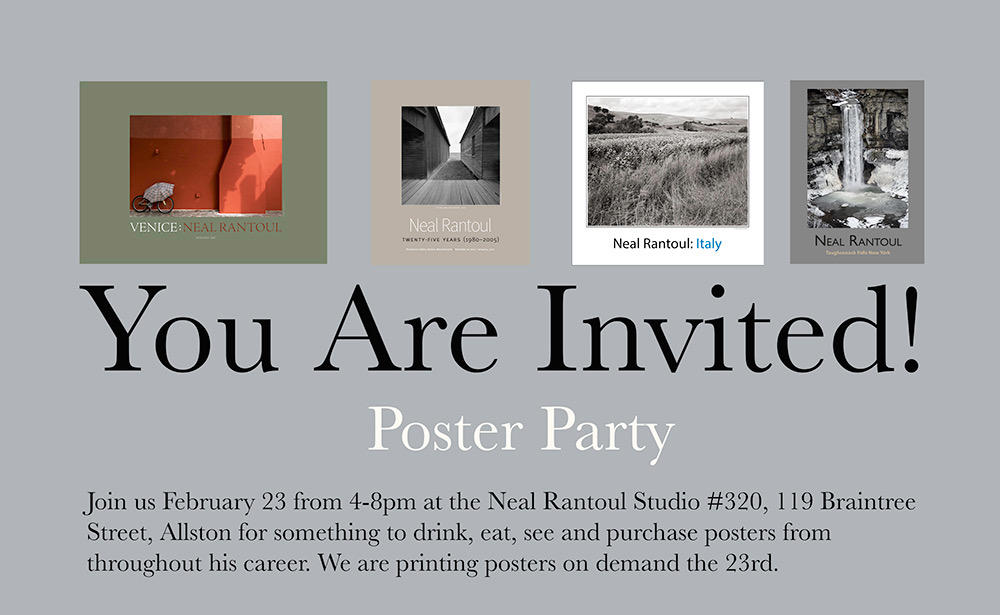 This is big. This time we will look at the body of work that started me working in series, one of the ways I continue to make photographs today Read more

We are now headed into the second phase of the series after looking at the first three pictures in Part 1. Very often in my work there are subsets or, perhaps "chapters", that add up to a full series. We are starting now with the fourth picture in the group and it does just that, starts a new area of interest. Read more

This is the third installment where I take a look at the first series I ever made called Nantucket. Read more

This post continues and finishes a discussion about the original Nantucket pictures I made in 1980. Read more