What is it? Some kind of ice cream?

I know, a shape of pasta, right? Like Anelli or Bucatini.

Well, no: actually it is rock.

Wikepedia has a very nice description and definition here:

Tafoni (singular: tafone) are small cave-like features found in granular rock such as sandstone, granite, and sandy-limestone with rounded entrances and smooth concave walls, often connected, adjacent, and/or networked. They often occur in groups that can riddle a hillside, cliff, or other rock formation. They can be found in all climate types, but are most abundant in intertidal areas and semi-arid and ariddeserts. Currently favored explanations controlling their formation include salt weathering, differential cementation, structural variation inpermeability, wetting-drying, and freezing-thawing cycles, variability in lithology, case hardening and core softening, and/or micro-climate changes and variation (i.e. moisture availability). Tafoni have also been called fretting, stonelace, stone lattice, honeycomb weathering, and alveolar weathering.

with a lovely photograph of just where I was two weeks ago: Salt Point Park along the coast north of Jenner, CA

I was in northern California for the past month photographing. What follows is some of the pictures I made while there.

I posted some of these before (here) but the series has taken on larger proportions as I have been printing them.

So, I'll include more here: 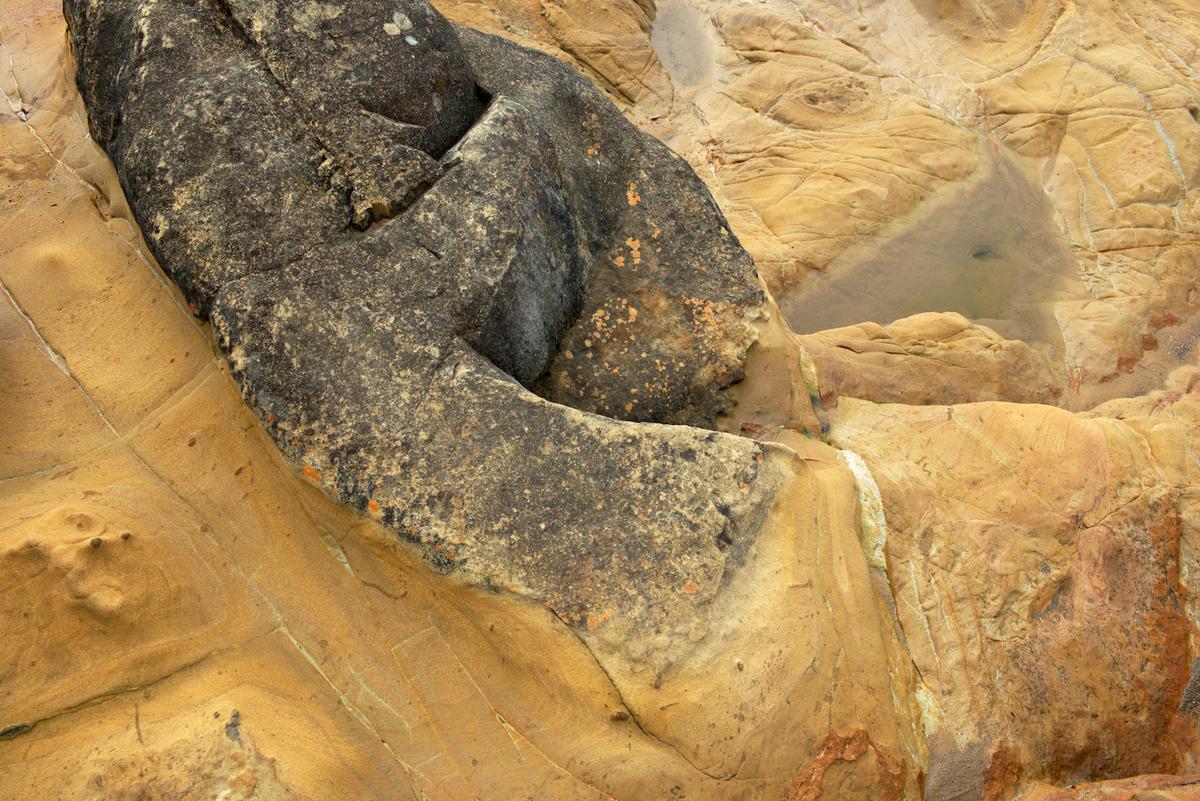 These are from from the second trip out there. Salt Point was about 1 1/2 hours from where I was staying and the weather is very different along the coast so it is was difficult to tell if I'd get there in good enough weather to photograph. I did. 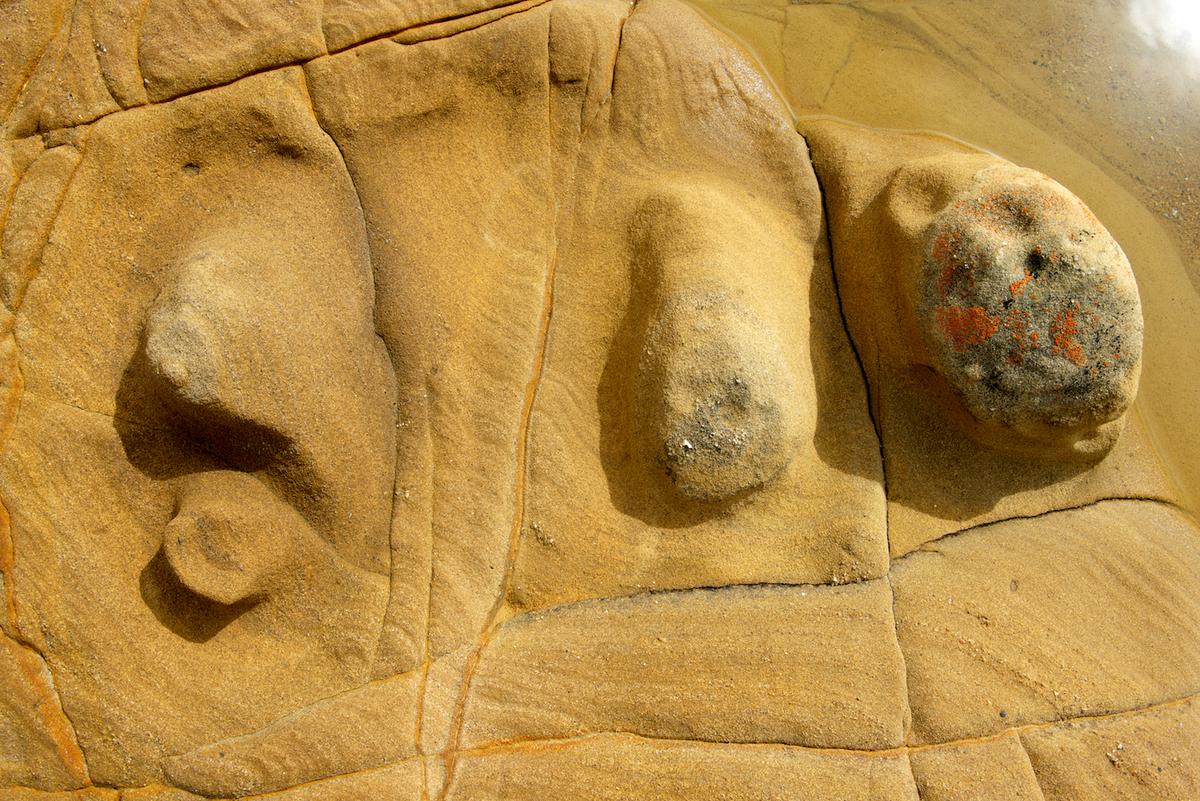 This time I used a shorter lens and would  hover over these shapes and forms as though from a plane and found the sandstone was taking on the shapes of body forms; odd, eroded through time, wind and water. 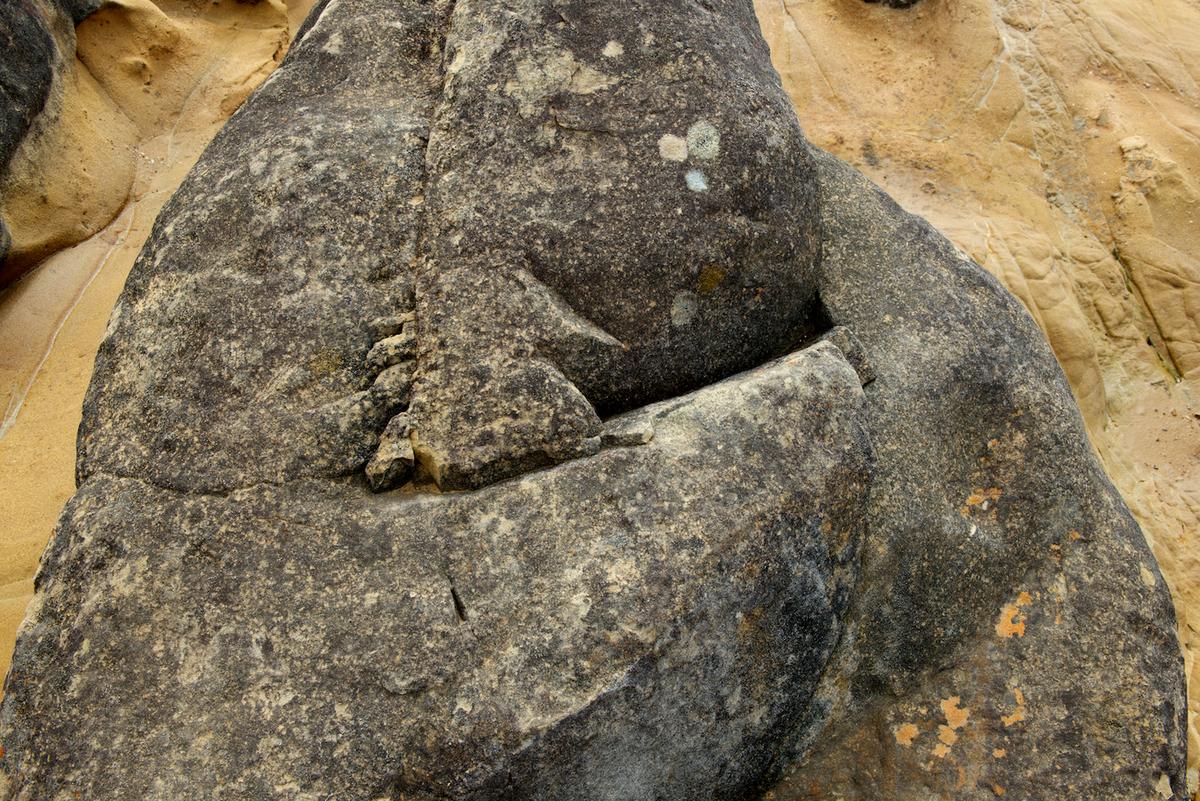 This almost seemed outside of my control, seeing shapes that were filled with character and personality, as though I was an anthropologist or archeologist at a dig looking at unearthed human and animal evidence from a past age. 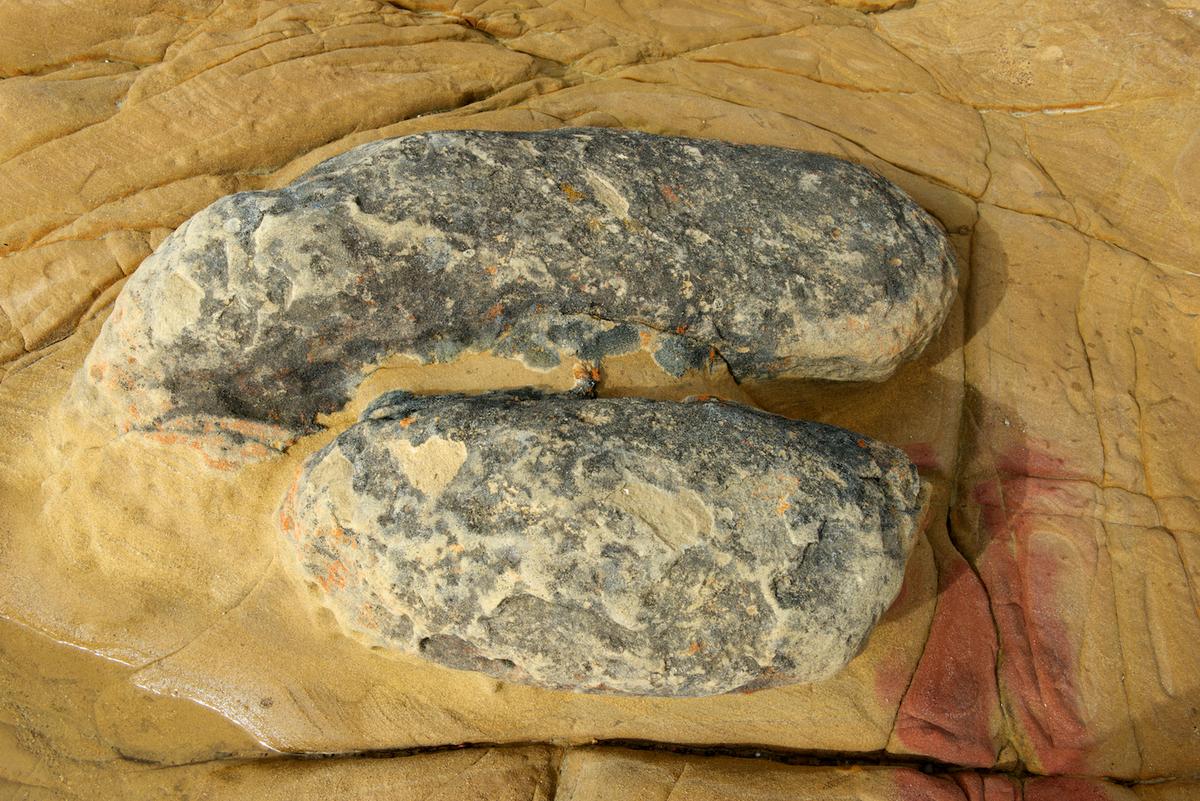 But perhaps from another planet too as some of the organic shapes were not from ours. I don't know that I'd had an experience quite like it while photographing. I'd had the feeling before of  being so immersed in what I was doing that where I was was no longer important. I'd also had the experience of shutting out of everything else around me .

That was considerable as this was going on at my back: 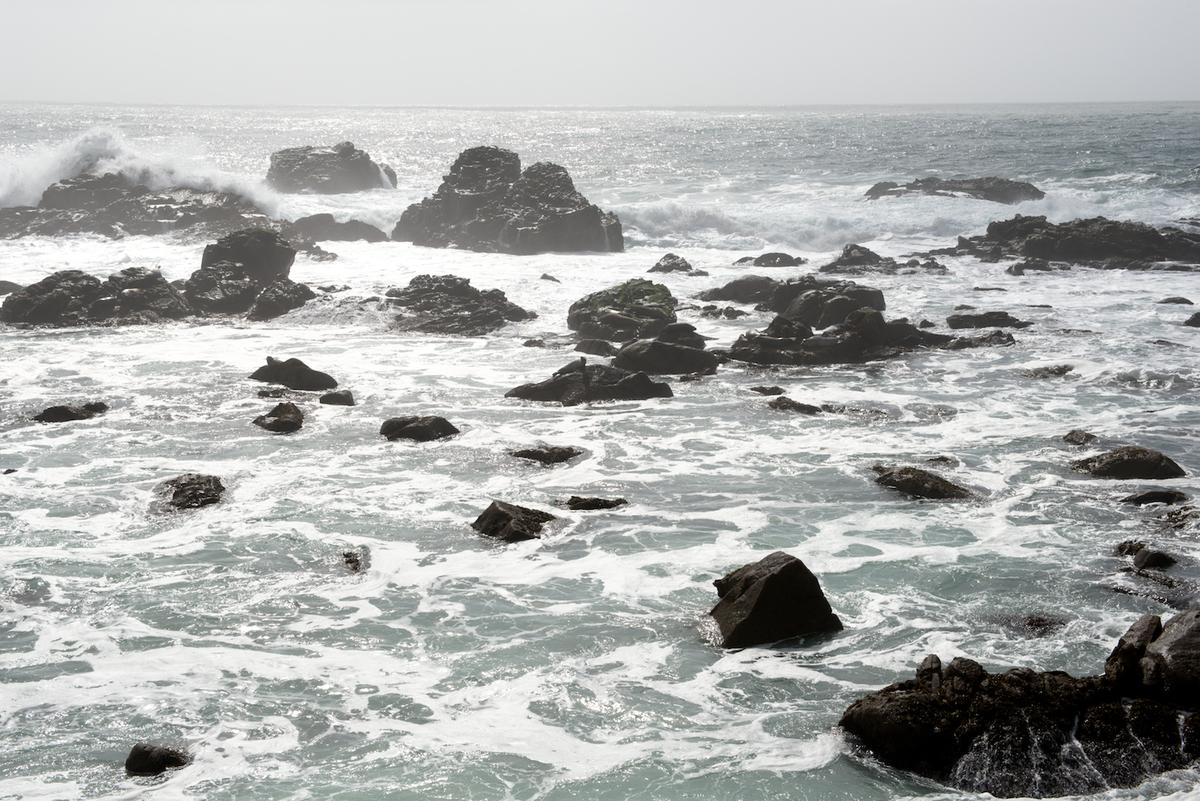 The waves crashing in with great force only to be dissipated by all the rocks before they got to shore. 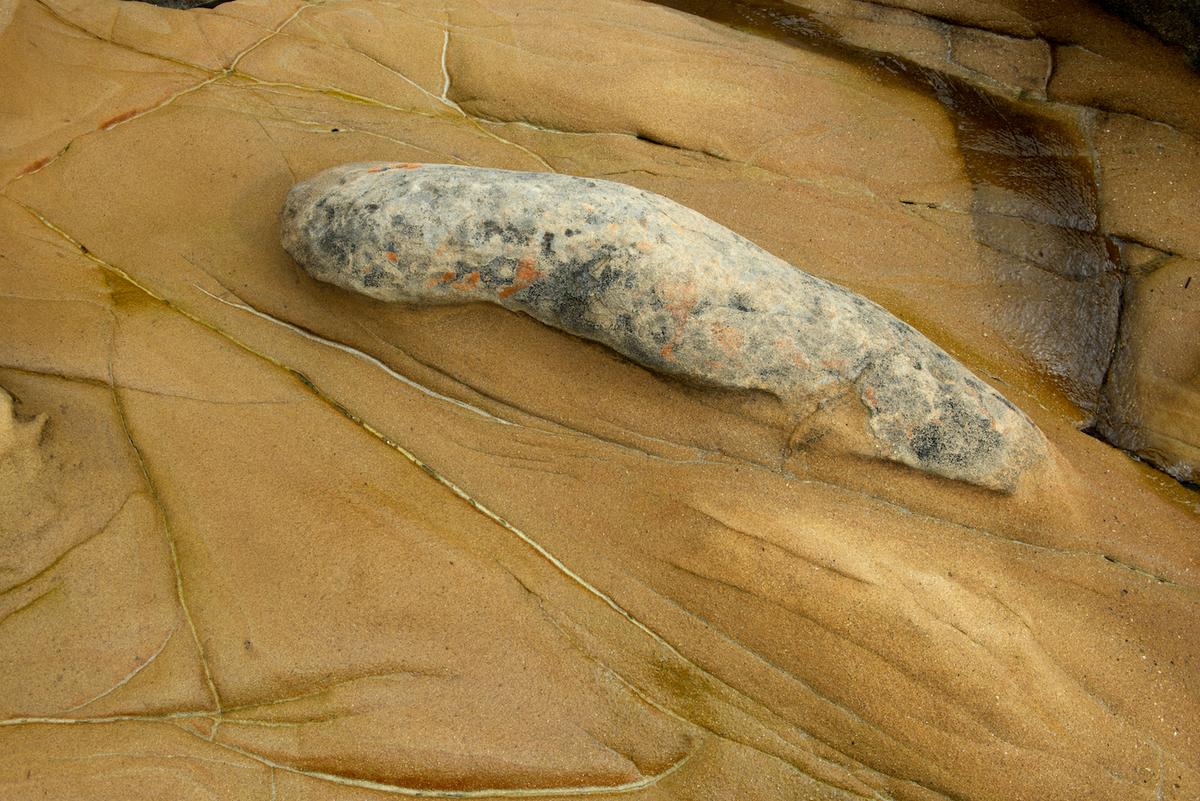 But finding these shapes came as a big surprise to me. I thought I was headed out to this point to photograph odd shaped sandstone rock and here I was looking at evidence of life from an ancient age, revealed to me in a small slice of time about to be obliterated when the tide came up and washed it all away. 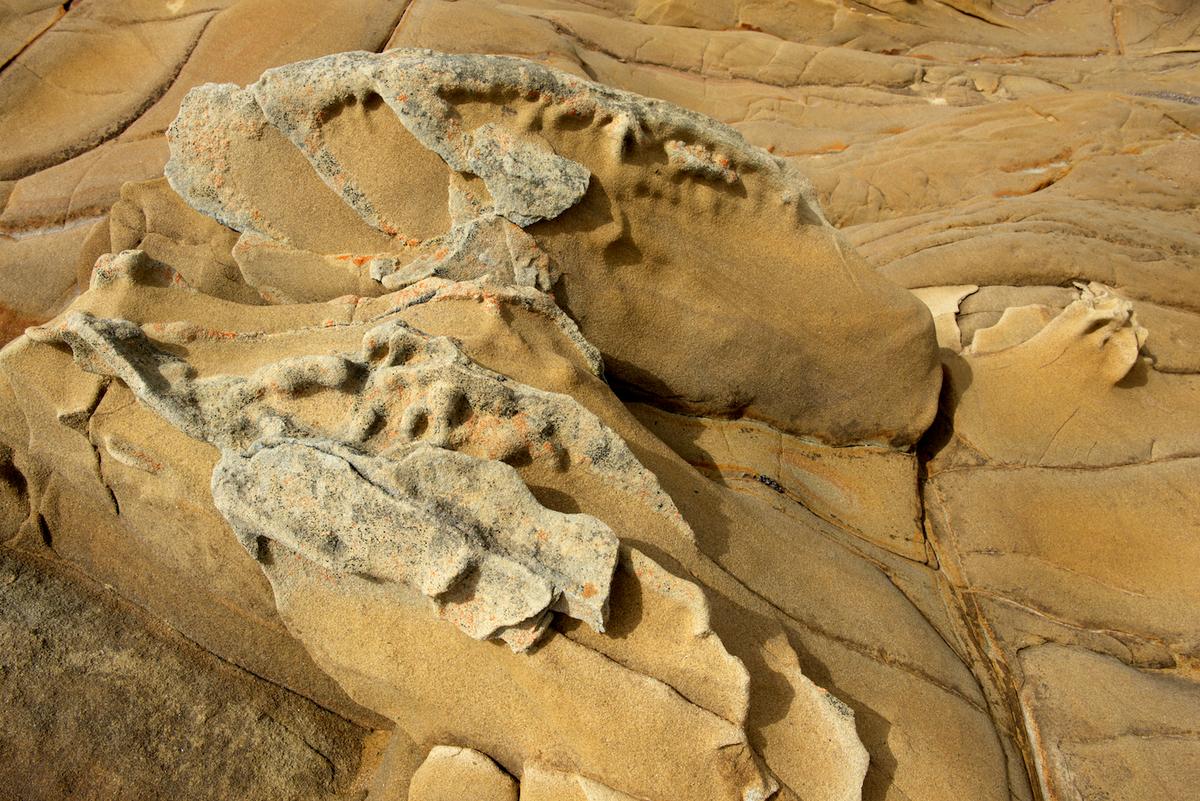 I finally finished after a few hours of immersive photographing, and, exhausted, shuffled back to my rented car. But first, I made a selfie; yes, its true, even old guys can make selfies: 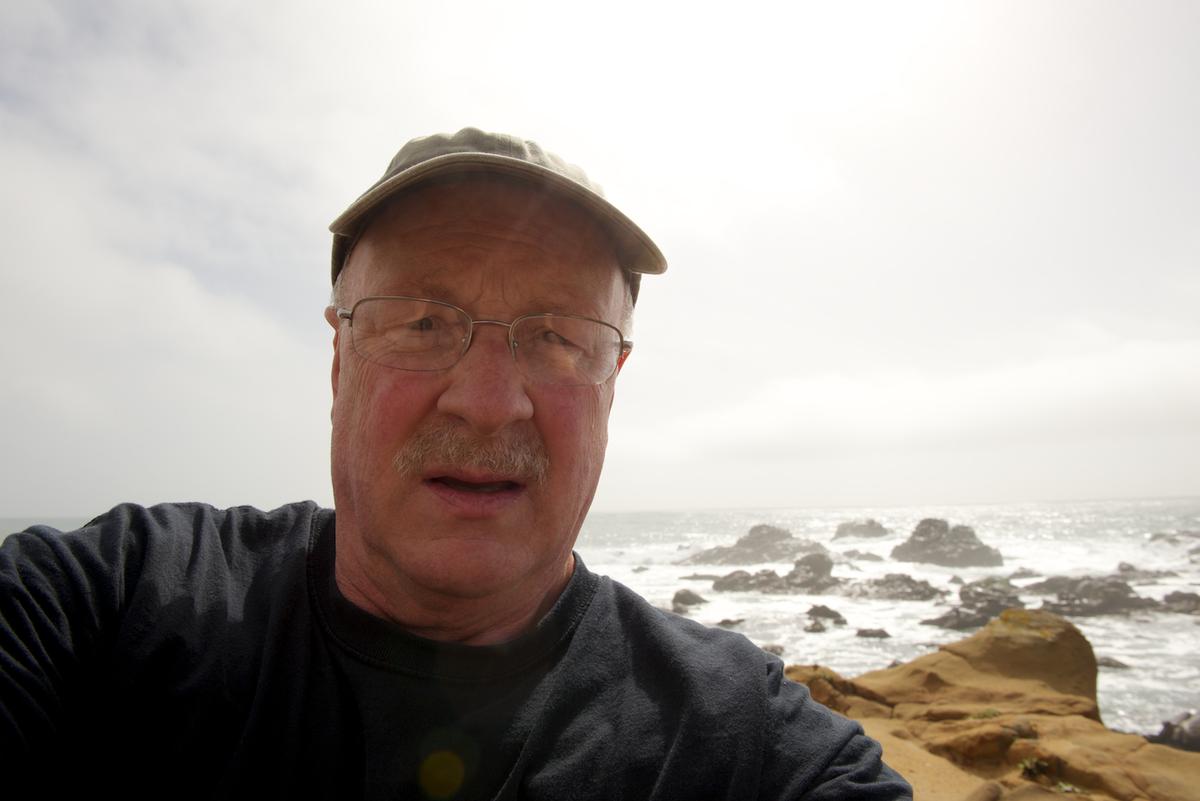 As if to say "I was here" to verify that these pictures above came  from right here, weren't something made on a set or with software in some animator's or gamer's world. 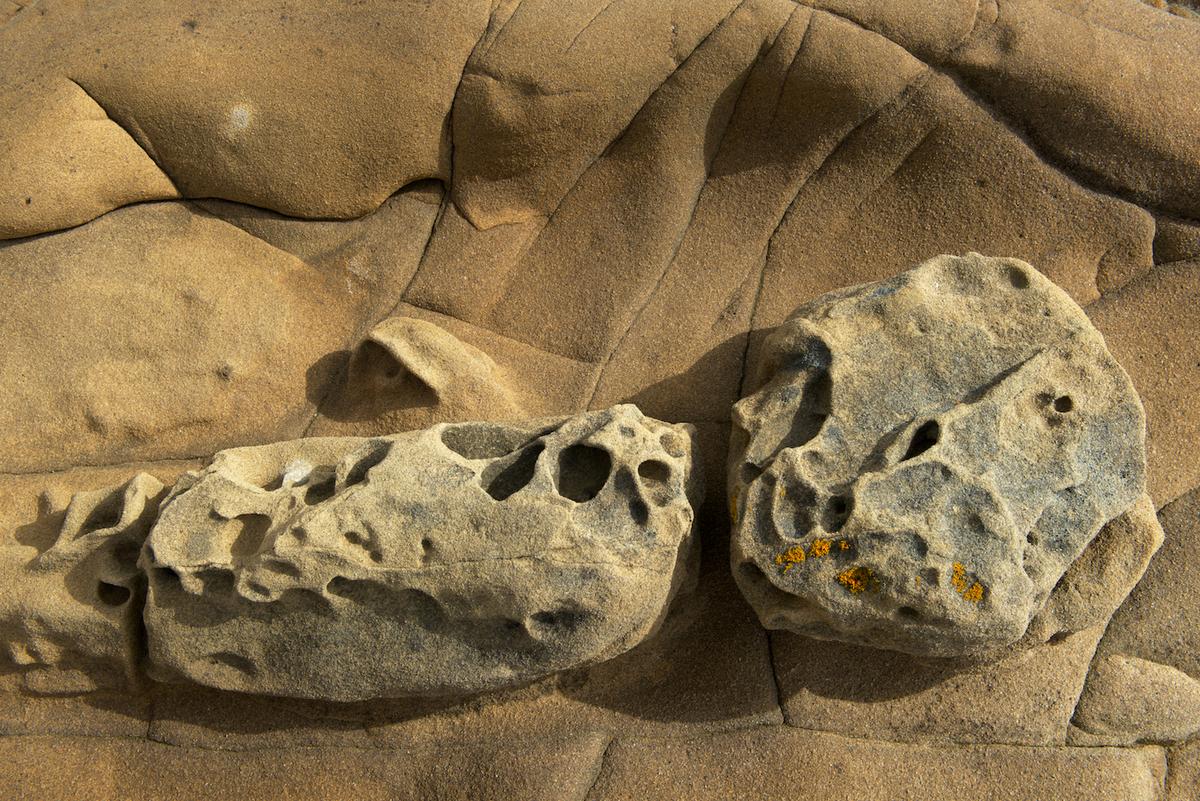 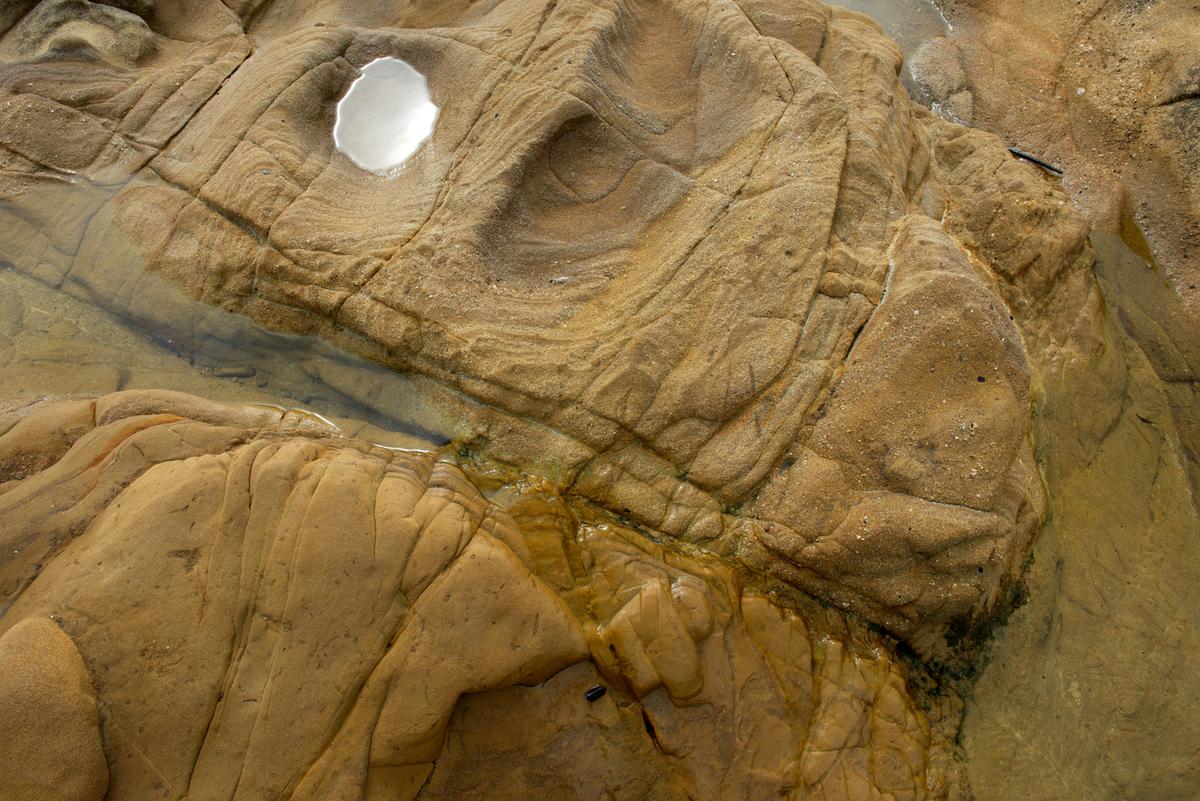 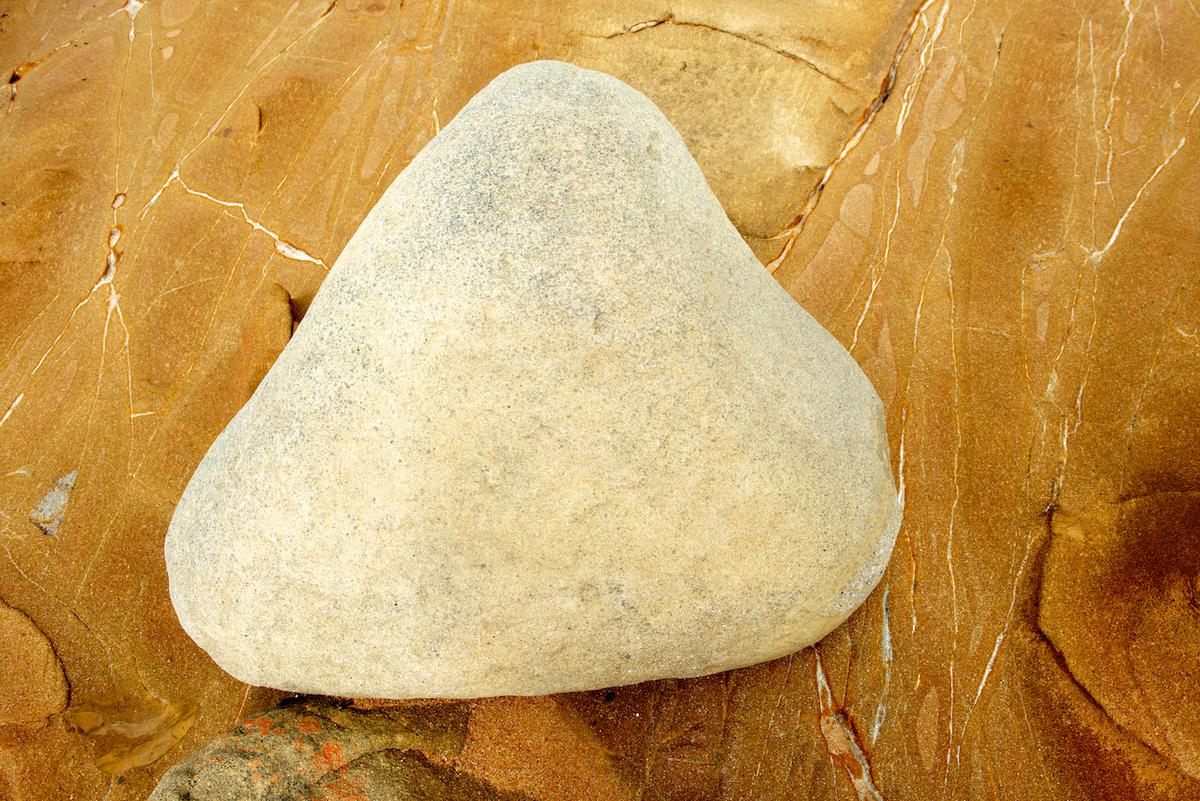 You know, when you get older you wonder if you can do something longer, can you continue, have you got things you can do that contribute, or extend the discipline in which you practice. Have you got the capacity to see the potential in things, to extend beyond yourself into the possibilities inherent in your surroundings and to make meaning out of things that are perhaps random or not connected. I wonder about these things. But, for at least the time being, I am invested in trying to make pictures that elevate things to a higher plane.

I hope you enjoy these. If you do, let me know, as few people like working in a vacuum. Neal's email