Hold on. What the hell is SPE NOLA? It is the national conference for the Society for Photographic Eduction held this year in New Orleans, Louisiana. 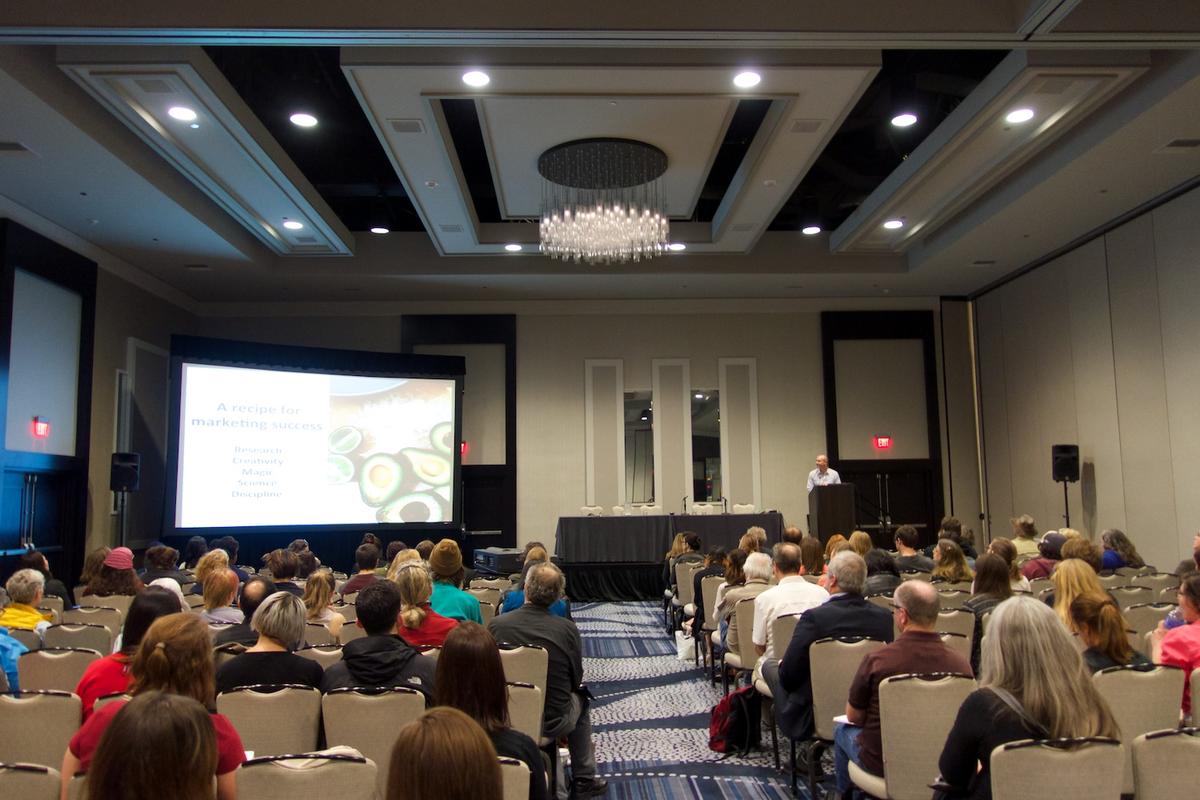 Much like most conferences there is sitting, schmoozing, presentations and panel discussions. Ours was at the Hyatt, big enough to have several conferences going on at the same time. 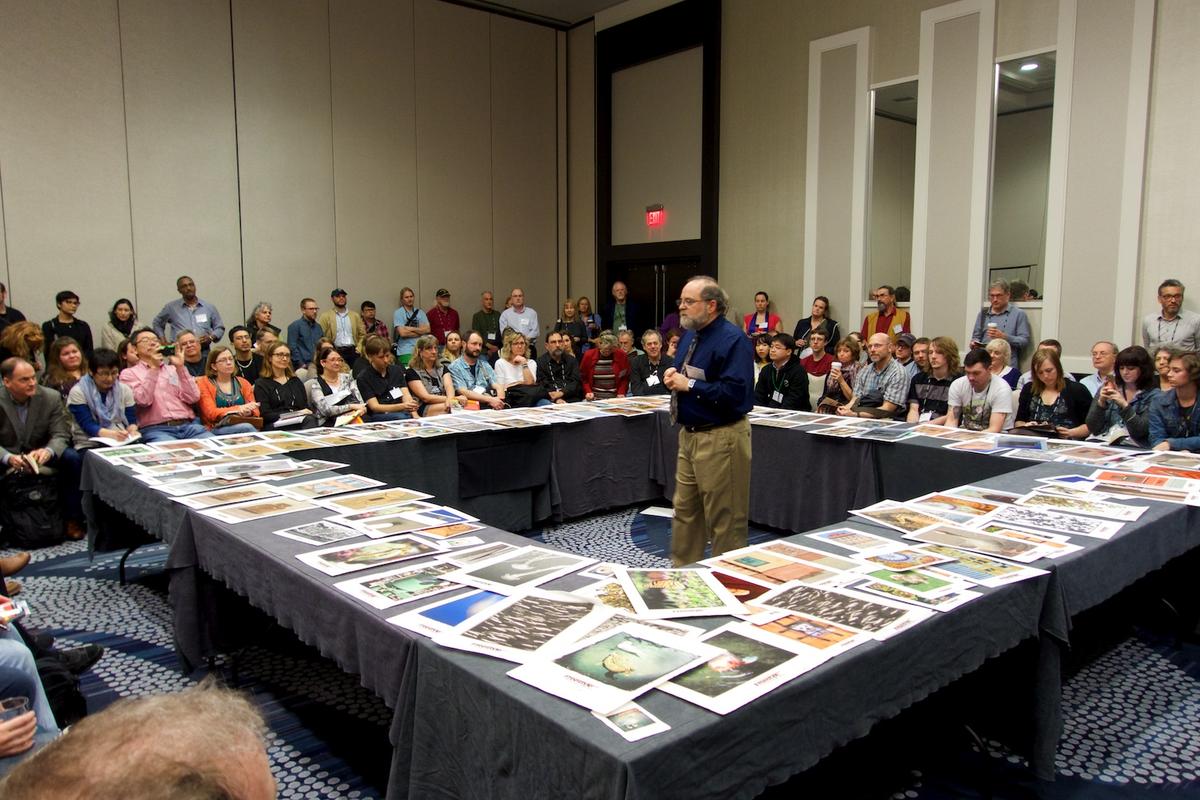 This photograph above was a guy from Freestyle, a large retailer to schools and students, talking about all the different inkjet papers on the market. He had made prints on every one.

SPE is traditionally mostly for university educators and graduate students but has expanded into high school photo teachers as well. I spent the day yesterday in portfolio reviews and saw photographs from a dozen teachers.

It has been a few years since I've been to a SPE conference and I can report that the organization is healthy with about 2200 members. Next year's conference is in Las Vegas.

The day before it all began, as people were getting into town, a few of us met up for Po Boys at lunch. 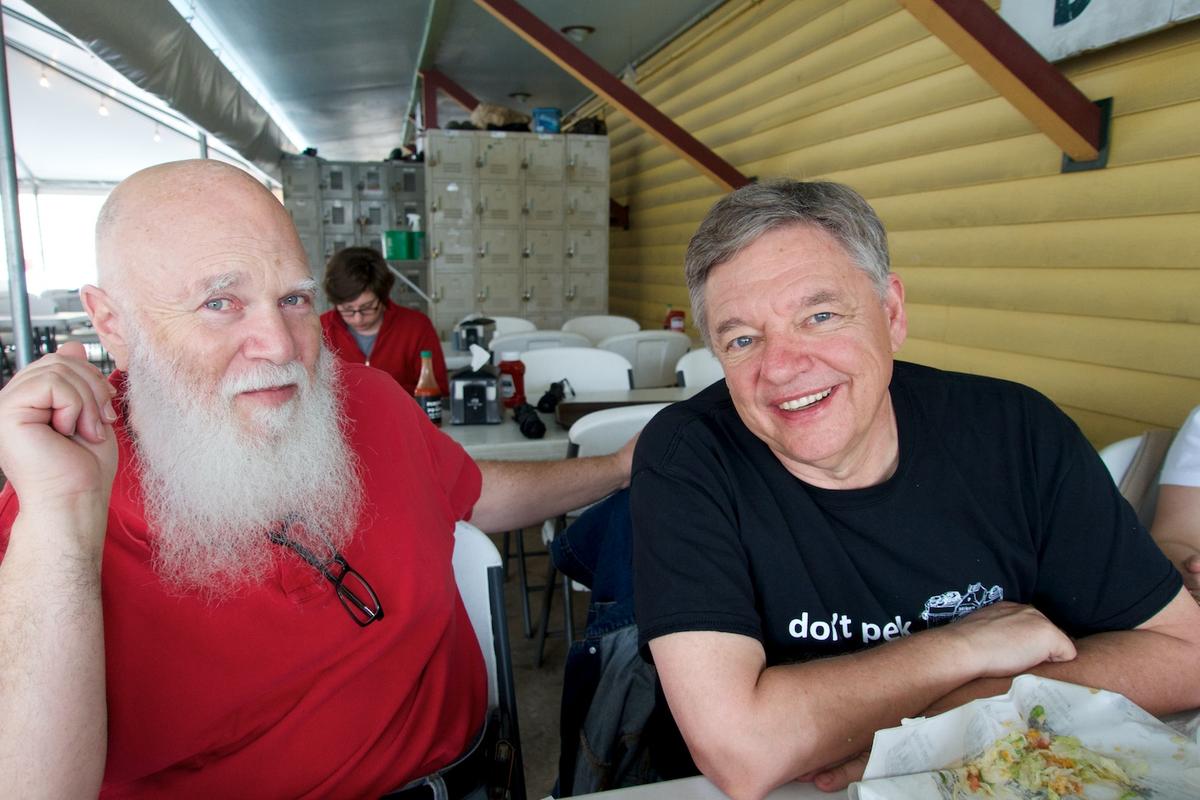 Jim Stone on the left and Stan Strembicki on the right.

We then headed over to the river to toast to colleague Bart Parker, who died last year. 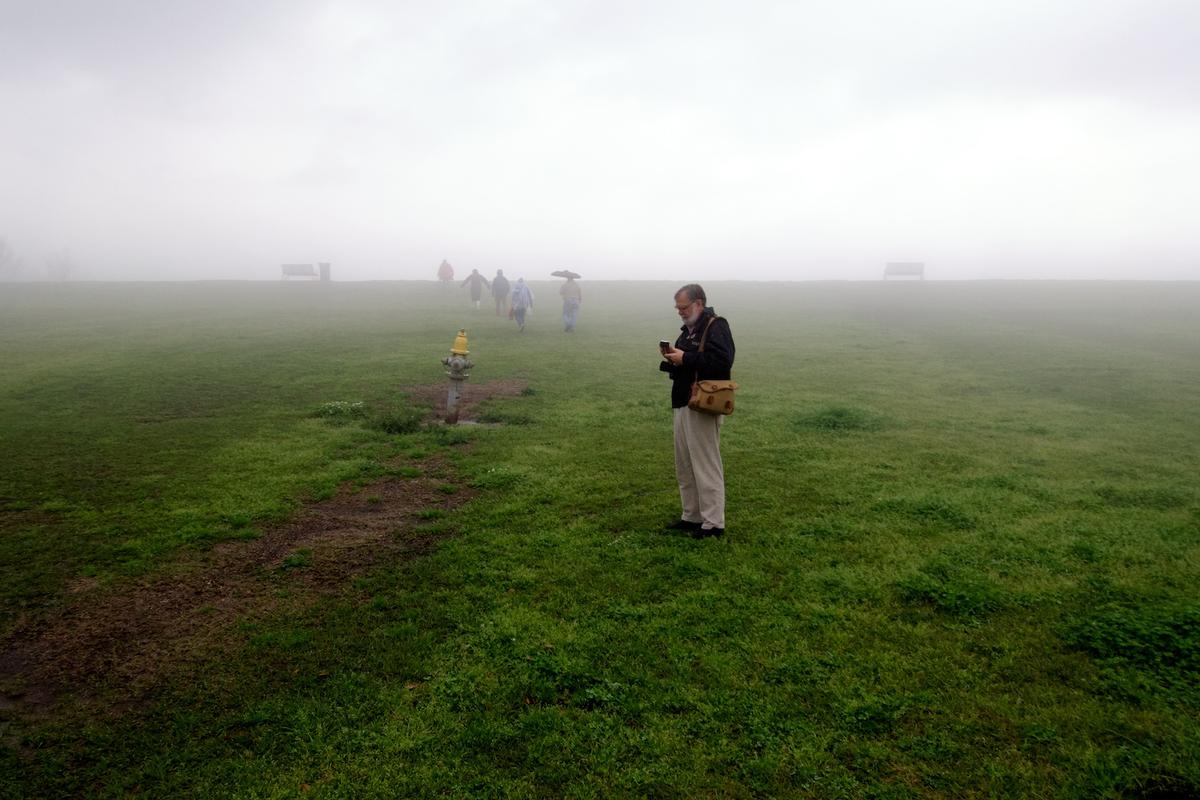 This is Keith Johnson putting a flash on his camera.

Bart's ashes had been sprinkled on the river by Stan so we met to have a little whiskey in his honor: 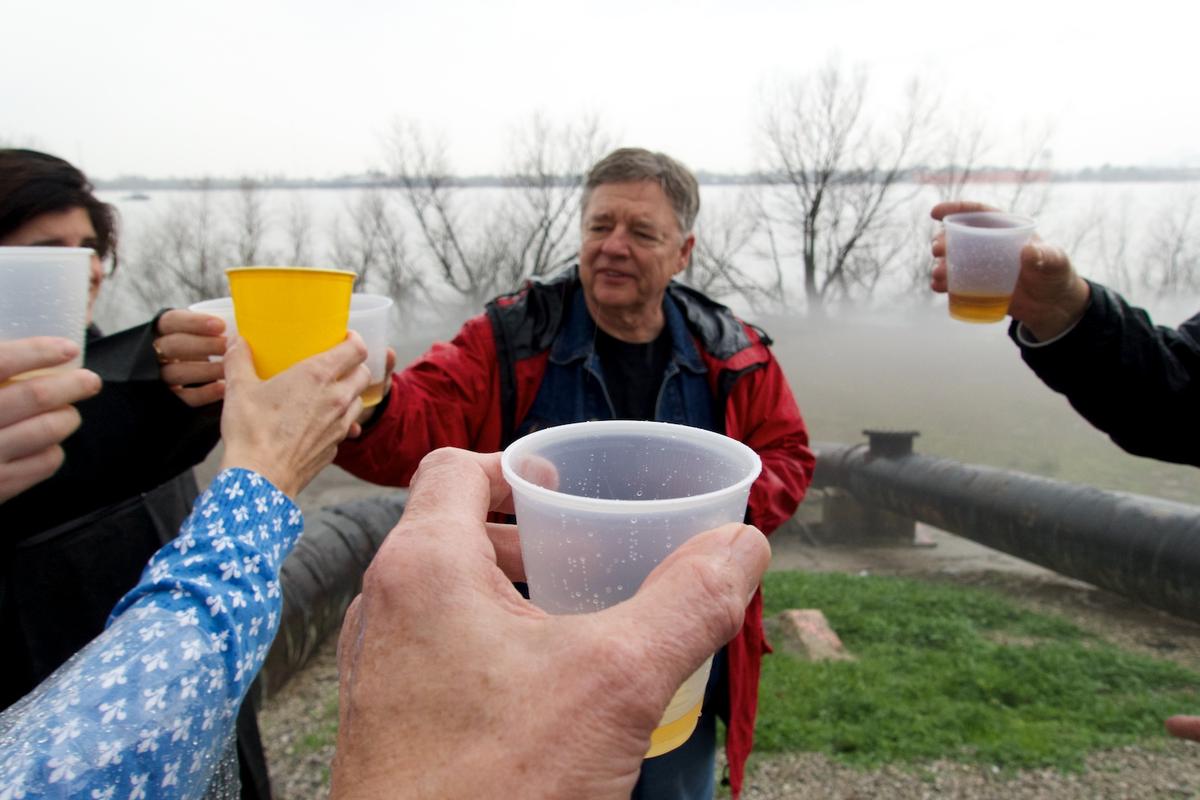 Bart had been the head of the Photo Program at the University of Rhode Island for many years. Bart was eccentric and brilliant; he made wonderful photographs that pushed you, questioned your assumptions and made you think. He was also much loved by students and colleagues.

During the rest of the day there were many stories about Bart, famous (or perhaps infamous) for many road trips with Keith, Stan and Jim over the years to make pictures. One road trip rule was that the driver would stop for anyone who wanted to make a picture. This was called "The No Veto Rule".

Here's to you, Bart. 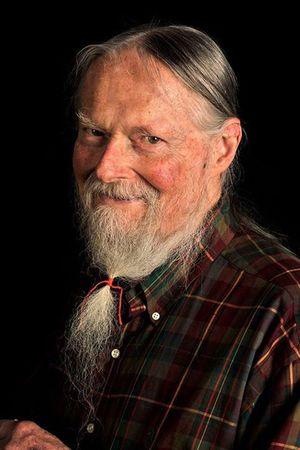