Socka what? Sockanosset Boys Training School in Cranston RI. Now long gone and turned into some stores, a restaurant, and offices.

Evidently the school was built in the mid-1800s to house and train boys that were posing some difficulties for the state. Right up the street from a prison.

I would guess I made these about 2005. I have a friend who was living nearby and she mentioned that I might want to take a look at where the school was as the vines and brush were being cleared as prep for developing the site. 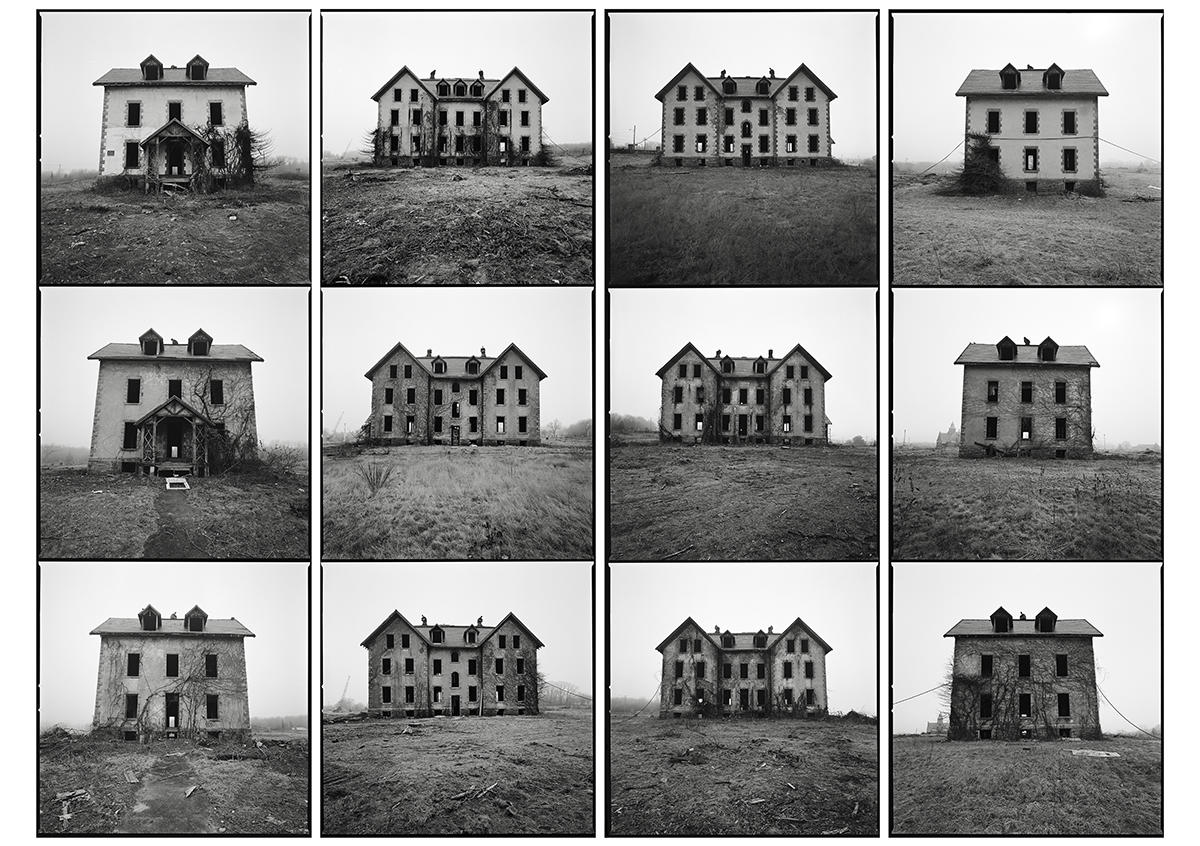 I remember I shot them once and blew it. Work this way and you can't have a frame that is out of focus. I just reprinted it at 45 x 34 inches as earlier ones sold long ago.

A note about size: while striking smaller, this image really needs to be large to see the subtleties in the variation of these three buildings. The grid is made from several rolls of 120mm film that I scanned then composited together to look like one roll of twelve exposures.

The primary description for this cemetery based series is on the blog as of January 2013 and can be found by searching for Lago Di Bolsena.

The prints are black and white and smaller than usual for my work at 17 x 11 inches.

Grids, multiples, tiles, mosaics: I am sure there are many other terms for putting pictures next to pictures on one page as well. I started to make enlarged contact sheets in the early nineties as I had an 8 x 10 inch enlarger so could put a whole roll of 35mm negatives (36 pictures) in the enlarger at the same time. Read more