Okay, I can hear you now:  "Enough already with the skate parks!" but I really do have to add something to the one already posted, the Healdsburg Skate Park.

I found another one, this one a much more typical skate park. A more typical one combines all those wonderful concrete curves, hills and valley, dips and things to jump over, with, you guessed it: graffiti. 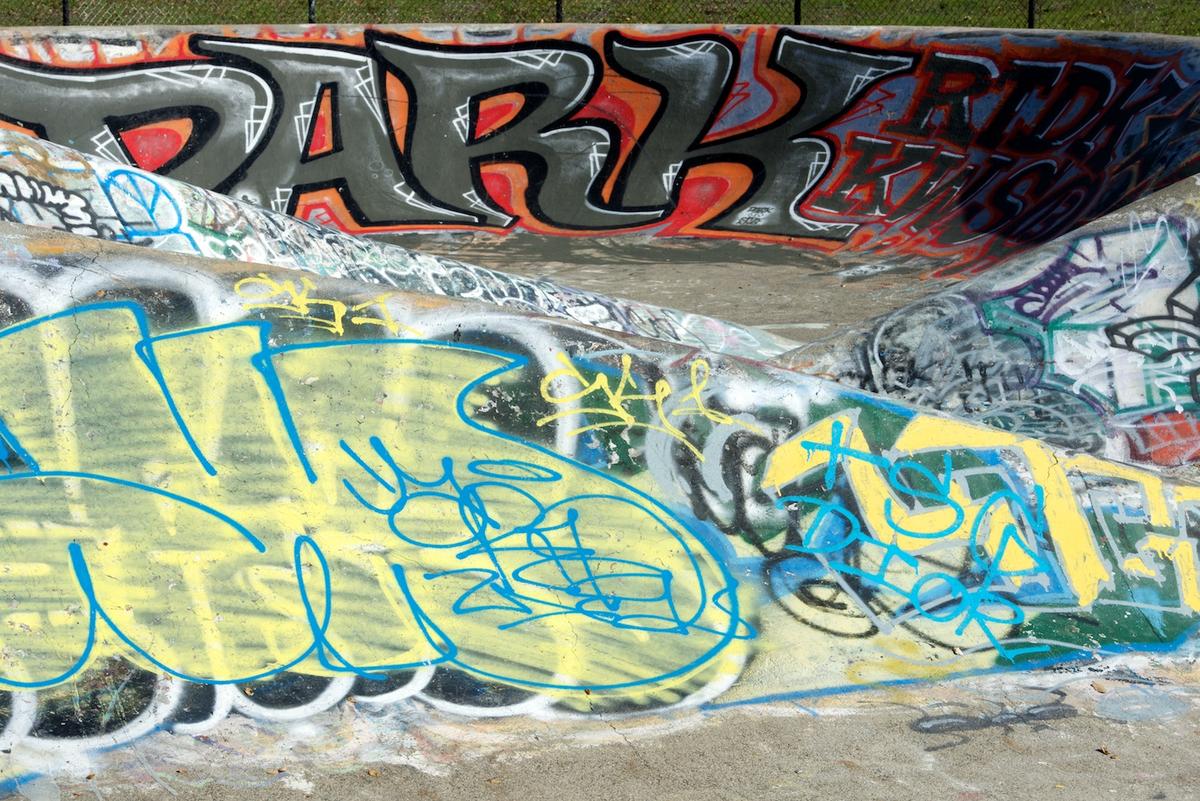 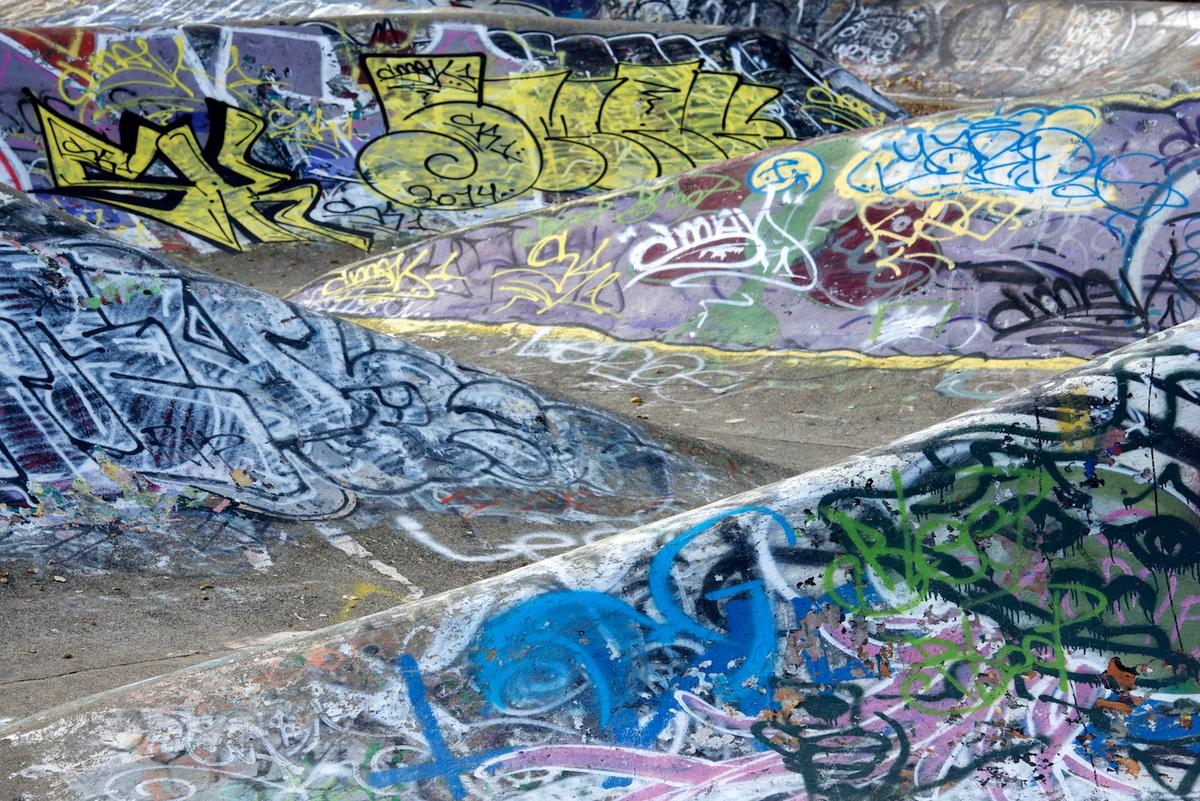 In this case young artistic expression run amok. Total chaos in an orgiastic display of colors and design by spray cans used without restraint. So cool. 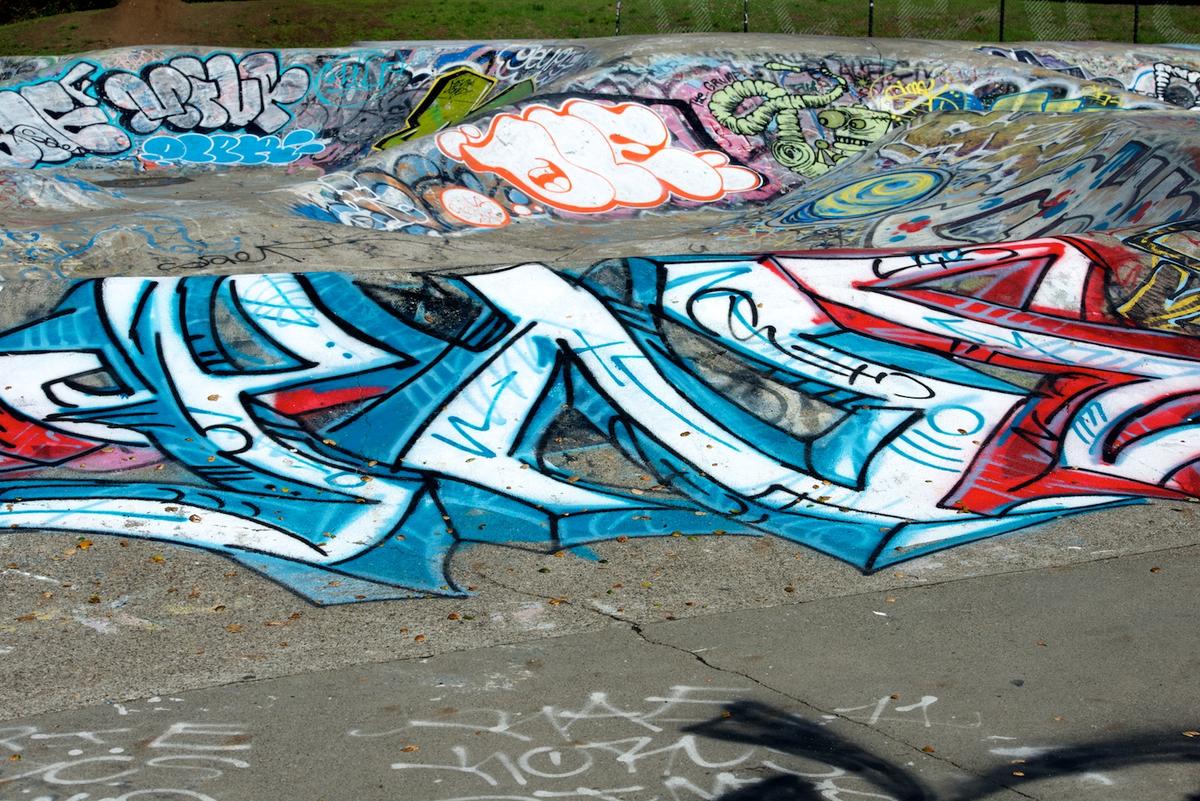 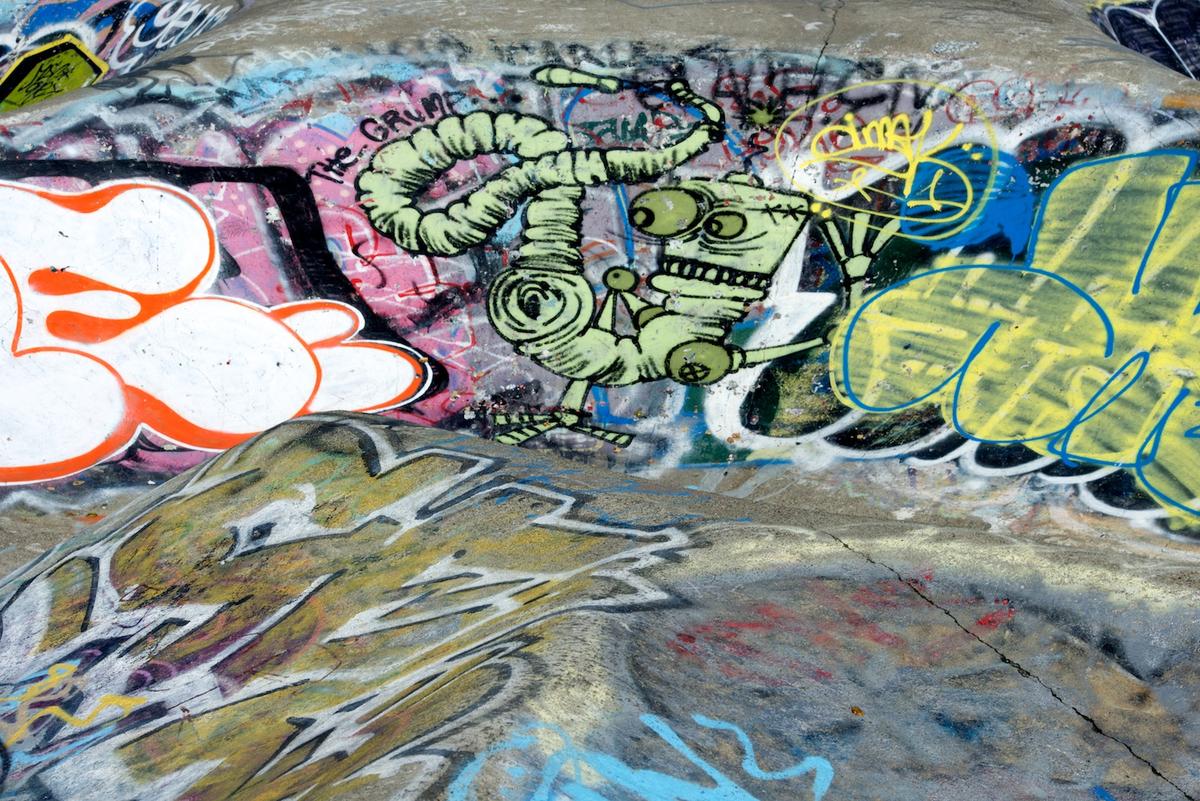 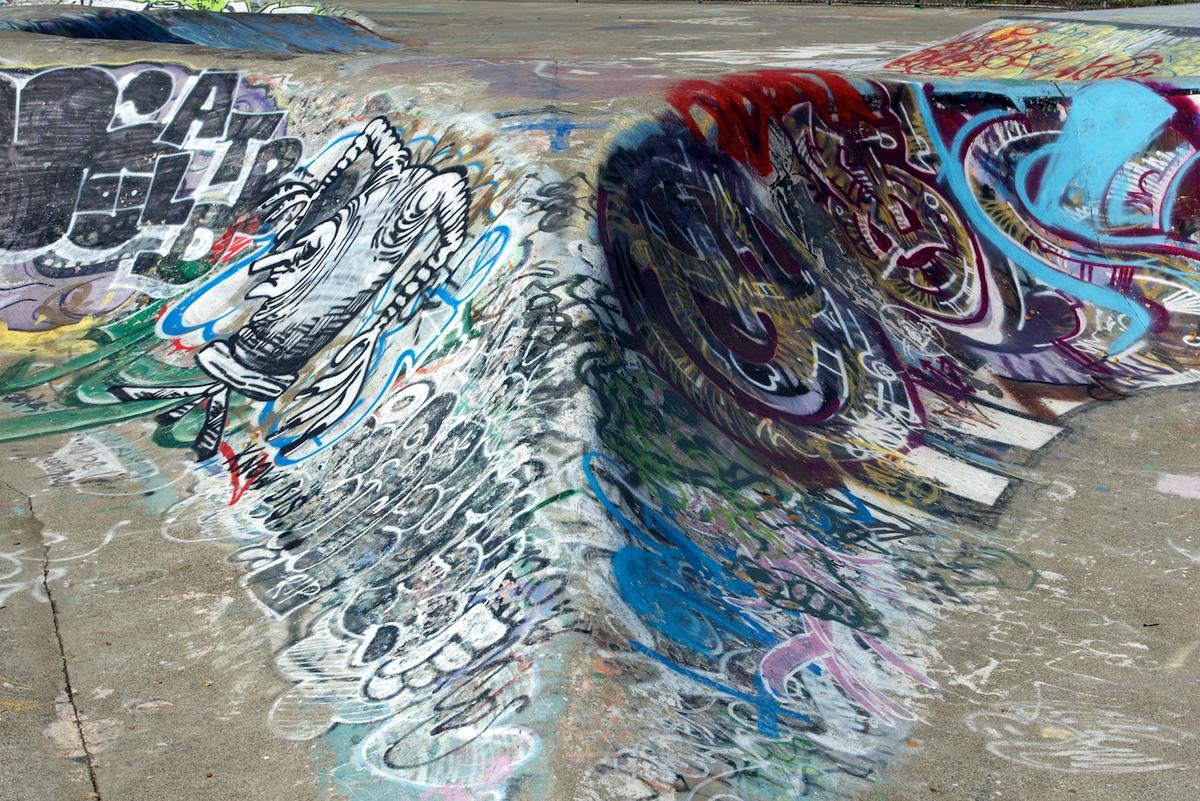 What I loved most about this place, besides its sheer exuberance, was how the paint totally subverted the form lying underneath. In some of the pictures, you can't really tell what the underlying shape is. 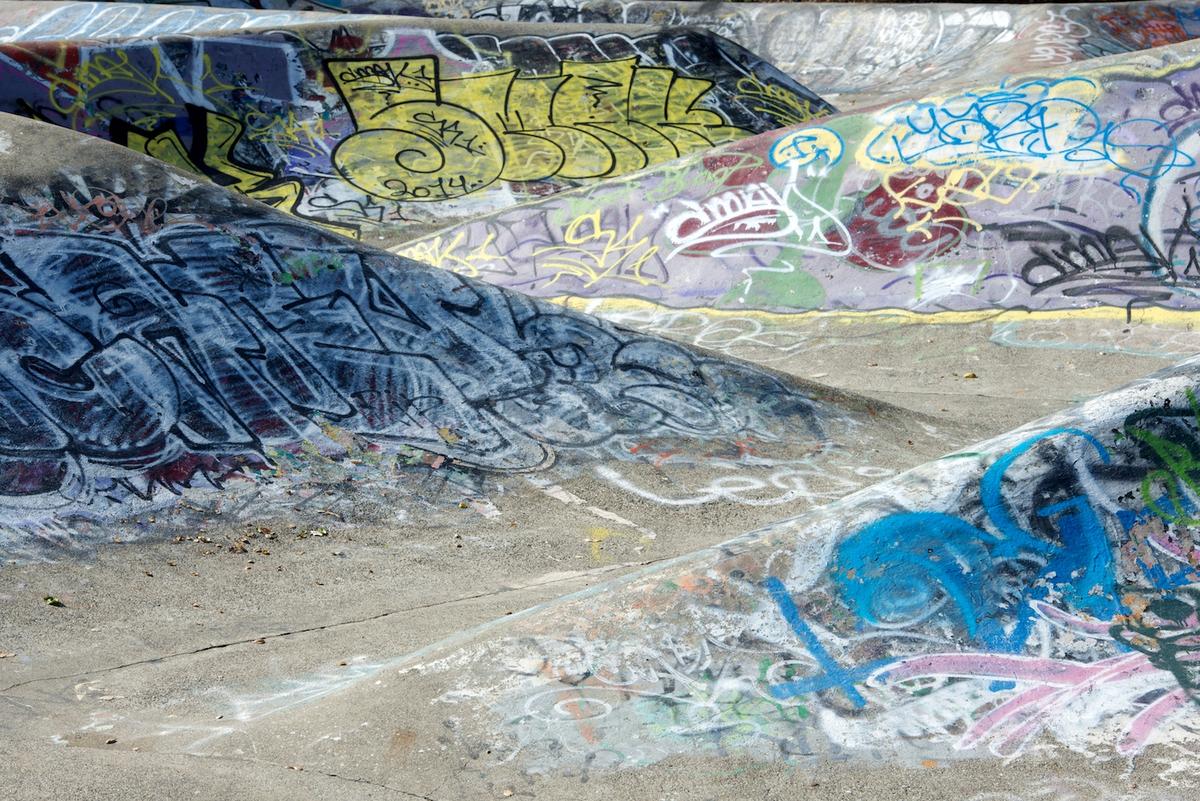 As I worked around the park and the afternoon wore on I could see that back light was going to play a role: 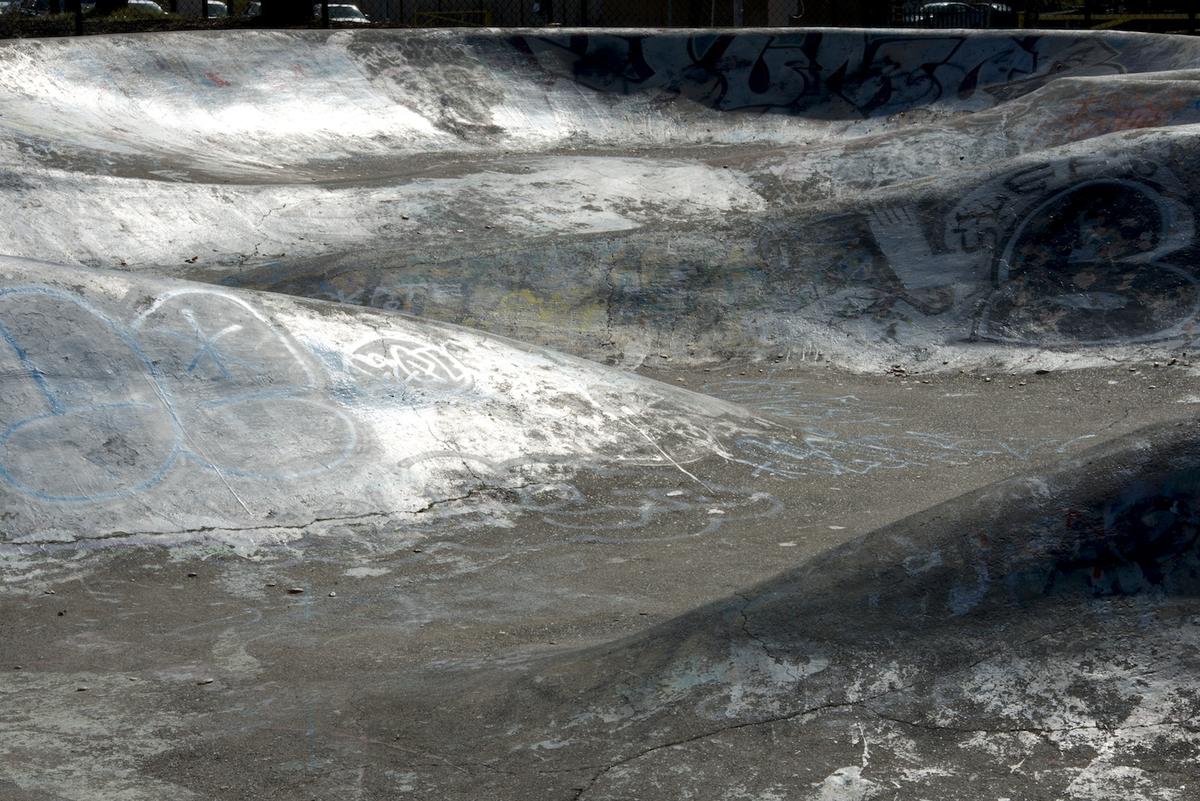 like the broad back of some sea monster lying in the sun: 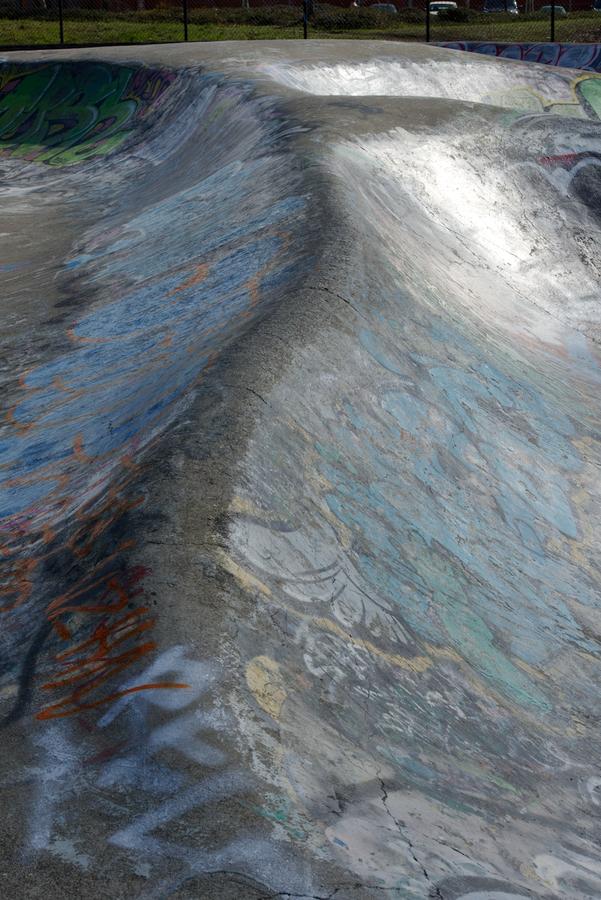 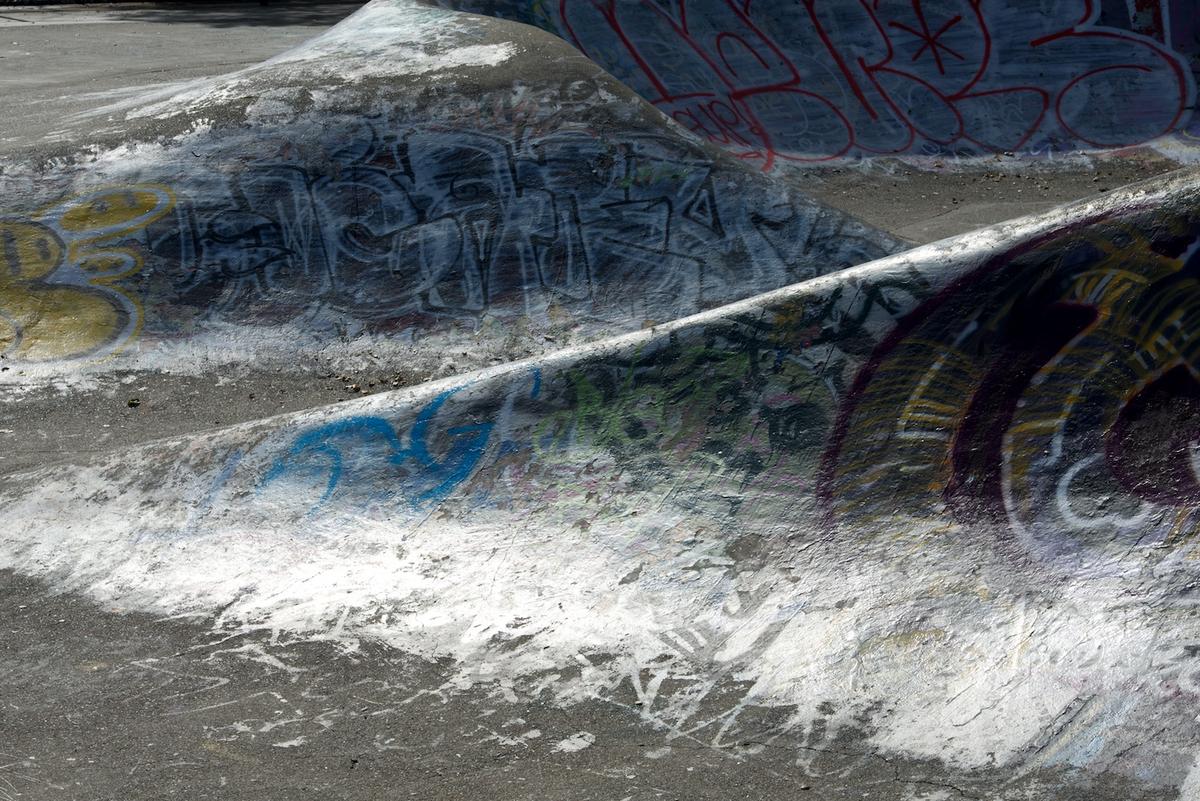 I can hear it coming, you saying a few months from now: "Yeah, Rantoul lost it that winter he went out to California and started shooting skate parks. He got so into it, it was all he was talking about. And the pictures? Totally whacked. You know, no one's heard from him since? I bet he's still out there shooting those parks. Poor guy."

When I posted the Healdsburg blog (Skate Park) a friend wrote back and said "Wheat Fields!"meaning that the way I was seeing these was very much the way in which I photograph the wheat fields in Washington (Wheat 2011). I have used form to make content, used shape to denote space, used pattern for emphasis, used tonality and color to convey emotion, used light to deepen and used repetition of forms to deny and reinforce spatial relationships for a very long time and do not plan on stopping any time soon.

Do you think I'm finished with these, think we can now move on? Not bloody likely as I'm on a roll and having way too much fun.  BTW: this one is in a park in Santa Rosa on Fulton Street right across from the high school.

I have been photographing in this southeastern corner of Washington for over fifteen years. The area, called “The Palouse” is hundreds of square miles of wheat, lentils, safflower. etc. I first began making pictures here in black and white 8 x 10 in the 90’s, then added color in 2000, beginning to work aerially about the same time and now make all my pictures digitally. I also return in different seasons as the landscape changes drastically depending on what stage the crops are in. As there is so much work from this area, we have chosen to show work from several different trips or shoots and to change them out from time to time. The group shown here is from a trip I made in August 2010.

These photographs were made on a trip to the Palouse area in Washington in June 2009.

The area is at its greenest then.

I have been photographing in the region every year since 1996. Since about 2006 I have been combining the work made on the ground with aerial work.