By 1983 I'd been teaching at Northeastern in Boston for a couple of years. I was teaching at Harvard two days a week as well. Plus I had a new kid, a new house, a German shepherd, a beat up Porsche 914 that was rusting everywhere and my marriage was in a shambles. Fast and not altogether heavenly times.

I was struggling to be an artist during those years, squeezing a few hours in here and there to make pictures that now look scattered and disorganized. I had built a darkroom on the third floor of the house we were in in North Cambridge and would sneak up there after everyone was asleep to develop some film or make a print or two. I remember being exhausted all the time.

I was building a new photo program at Northeastern with a tiny budget, no staff and a very poor facility that leaked when it rained from the ceiling above in a cruel irony right into the darkroom sink. I sat in meetings, stating the need as clearly and forcefully as I could to department chairs and deans, competing for bucks, space and faculty lines in a hugely competitive bureaucracy where art, and photography underneath that, didn't get much credit, exposure or attention.

The MBTA started to build a new subway line right through the campus at Northeastern, right outside the building I taught in that was then called Ruggles Hall. I wanted to shoot this construction, but was stymied by having no permission to be on the site. The one time I tried I was promptly kicked out. A friend who had more experience than I did suggested I go on the site wearing a hard hat. I got one like the crew was wearing, put the camera on a tripod and walked on the site like I owned it. Bingo! Problem gone. For the next 1 1/2 years I roamed all over the new T line called the Orange Line and made pictures. 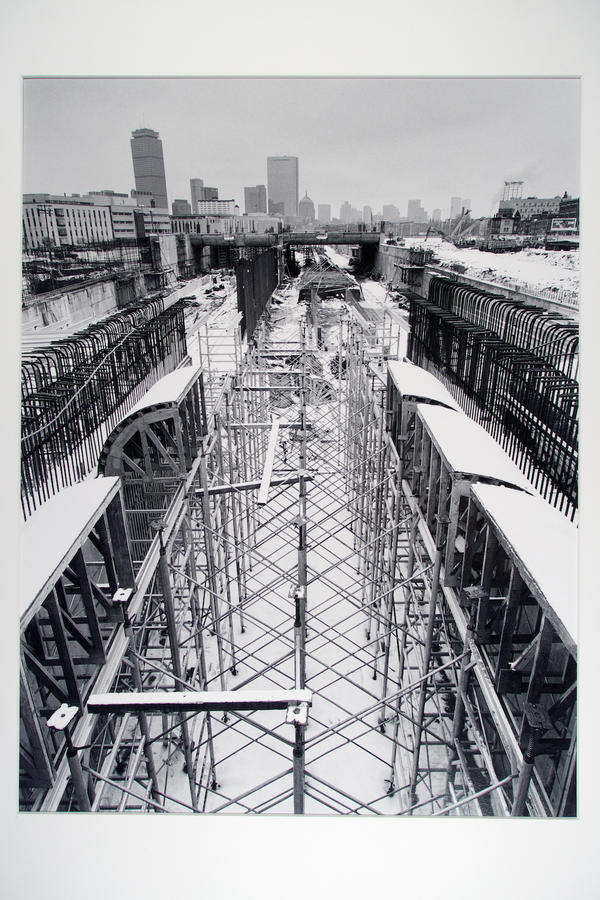 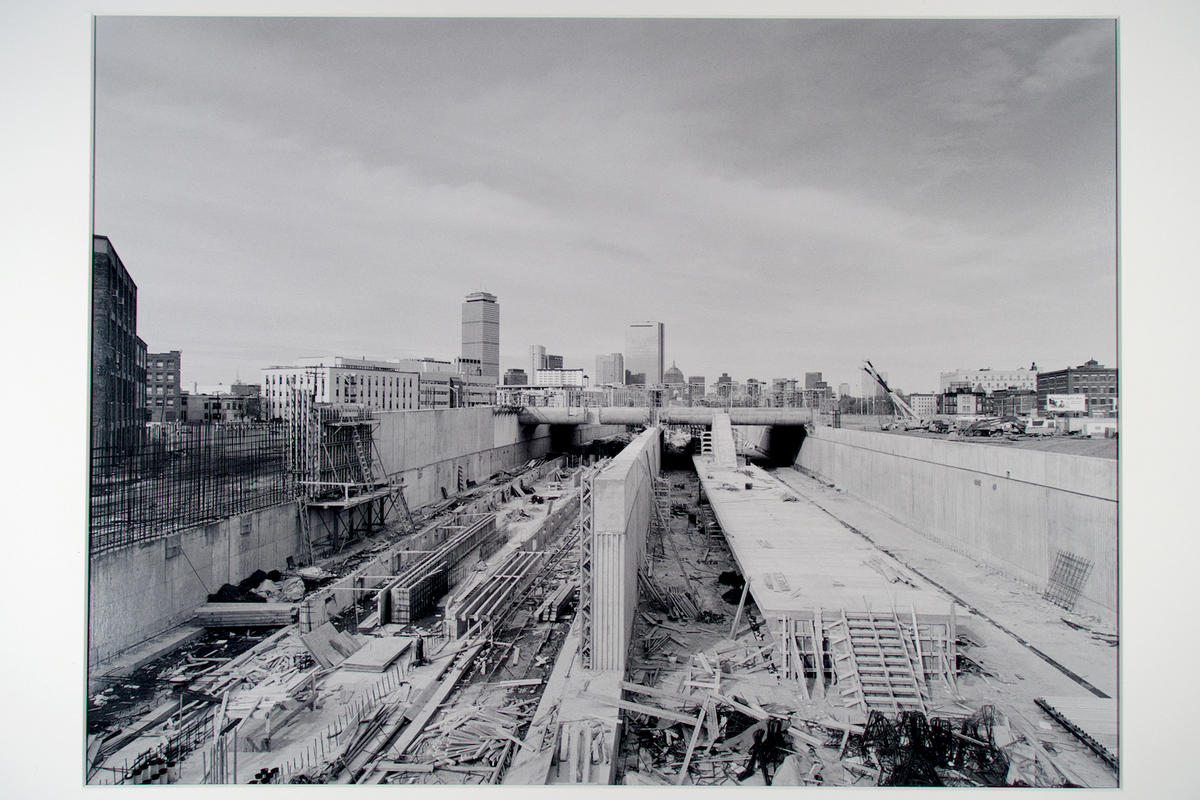 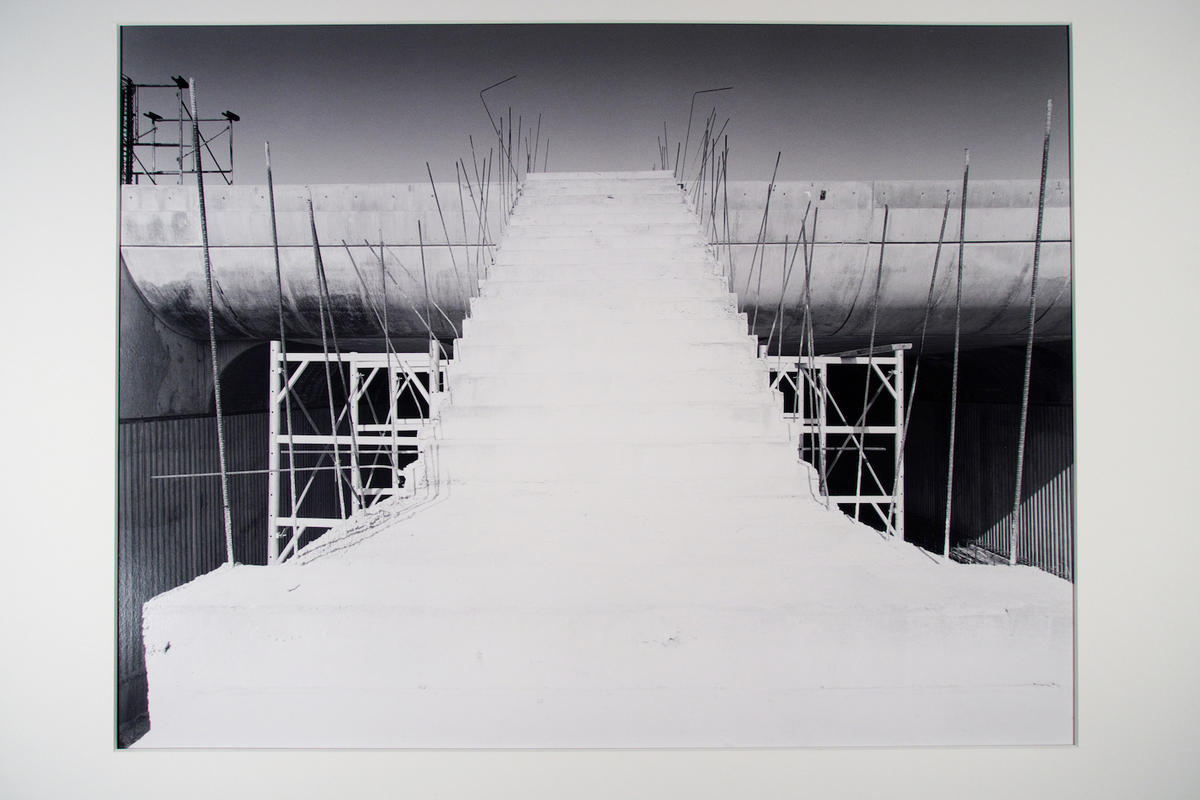 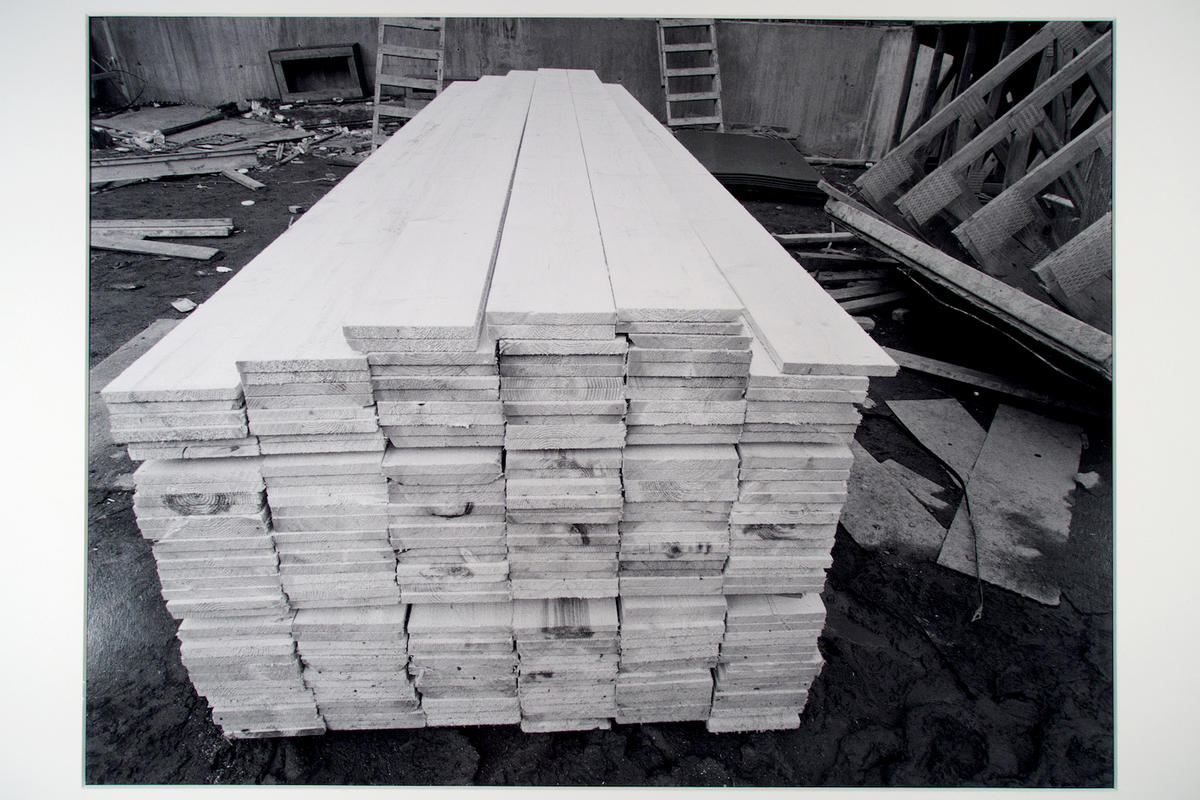 No assignment, no client, no show coming up, no reason to make these pictures whatsoever. This was one of the first construction projects I shot, mostly in 2 1/4  but also some in 4 x 5 (I didn't work in 8 x 10 yet). Did I have some sense that I was photographing a historically significant project? That the pictures might be worth something someday? Not particularly.  Little did I know.

So why write about this work now, in July of 2016? Because today (7/6) I donated all of this work to Northeastern University, where I taught for thirty years. It's taken months of inventorying, appraising, reading over tentative contracts and signing a final one but yes NU now owns the originals of the 19 prints, free and clear.

Let me tell how weird that feels, to let go of the only set of actual prints of this work. It feels very odd, partly good but partly I feel a loss, letting go of work that seemingly had no value but is now appraised at a very high amount. I retain all rights to use the imagery any way I wish. I can make new prints from the negatives, scan them and disseminate them any way I choose. NU also can sell the originals, store them, exhibit them, reproduce them any way they see fit with the only stipulation being to give me photo credit.

But what better use for the photographs I made than for Northeastern to have them? The Orange Line cut right through the campus, bisecting it and also providing a T stop right near the school's central quad. And there are my pictures showing the line being built in 1983 and 1984.

Are you new to photography, making work that might be significant in 40 years? Take good care of it. If you're older, did you make pictures long ago of something important, relevant, significant and timely? Still have them? Let them go where they might be of use. Let them go so that others can see them and appreciate them. Isn't that better than your work sitting on a shelf in your studio seldom seem? 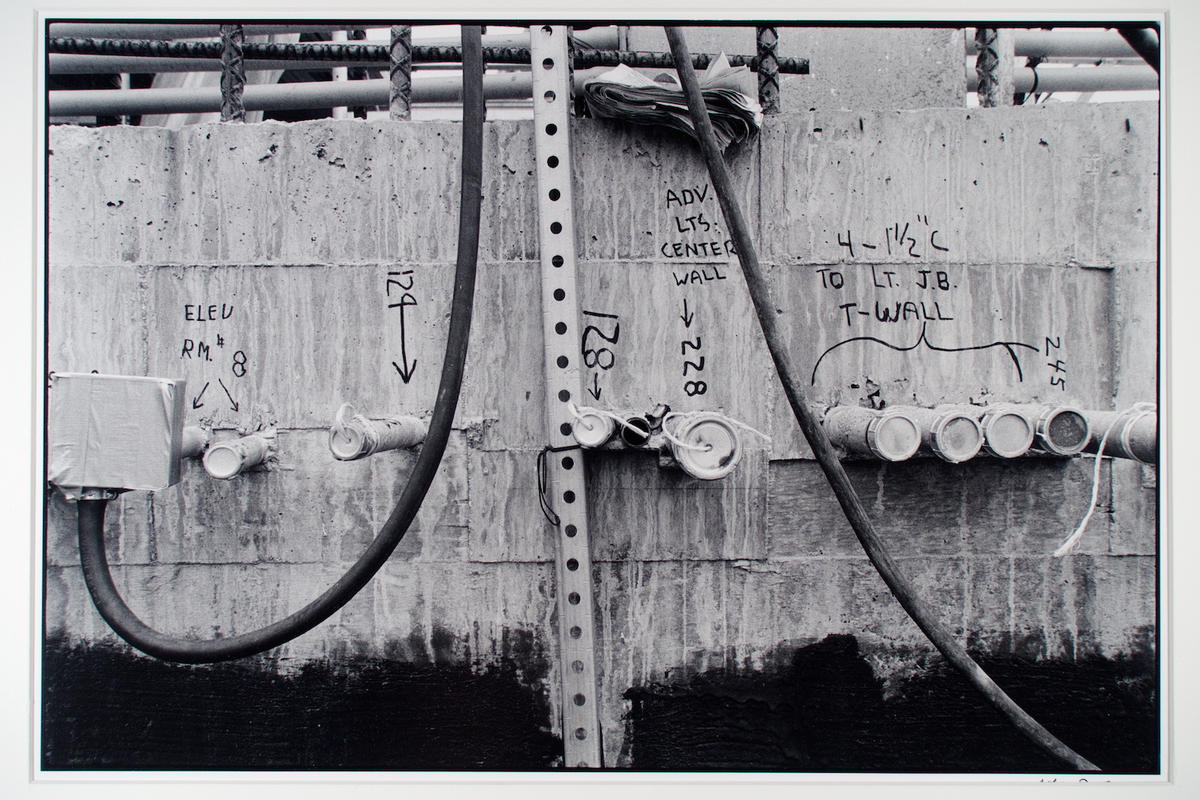 Footnote. The 19 photographs that comprise the Orange Line pictures are now added to 53 I gave earlier over my career at Northeastern. The Development office decided that it would make sense to inventory and appraise all the other works I made over the years on the campus and informally gave to the school. I would frequently photograph buildings under construction then give the work to the school for display inside those same buildings. The new contract formalizes and legalizes those gifts as being owned by NU. The gift of those and the new gift of the Orange Line work makes this one of the largest donations to Northeatern in fiscal year 2015/2016. I am proud of that. 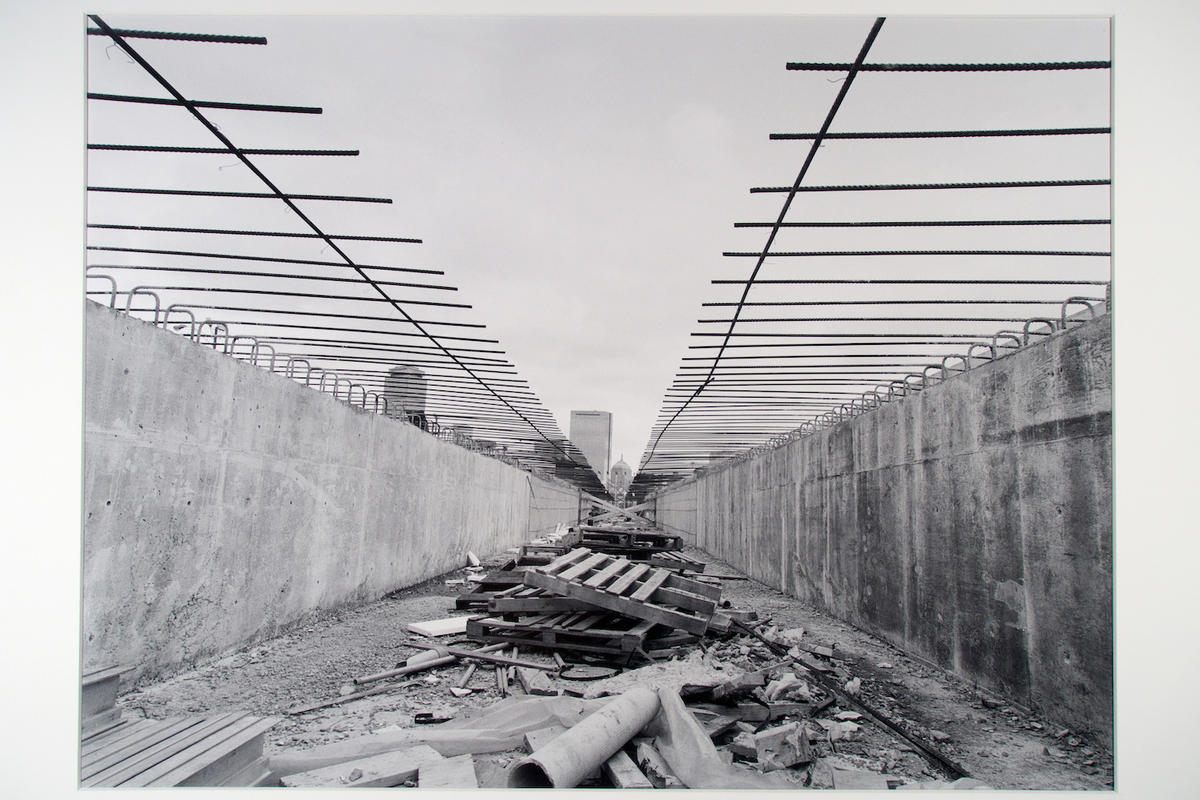 I received this letter from Joseph Aoun, the President of the University, the other day: 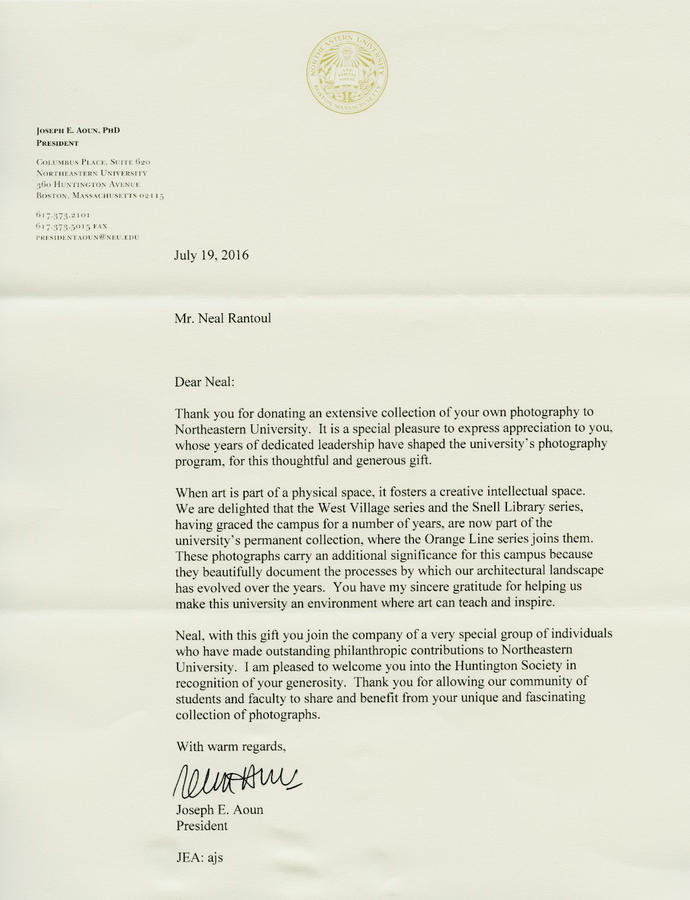