The Oscars were a couple of weekends ago and, although I didn't see the show, I did read the list of winners and the film Nebraska got none.

The awards had the characteristic ring of "business as usual" where the industry heavy hitters garnered praise and the most small independent films did not. Nebraska is, without a doubt, a small film. But it holds so much for us as artists and photographers that I would place it as the best film I saw all year by a large margin. Were I a voting member of the academy, I would be livid. 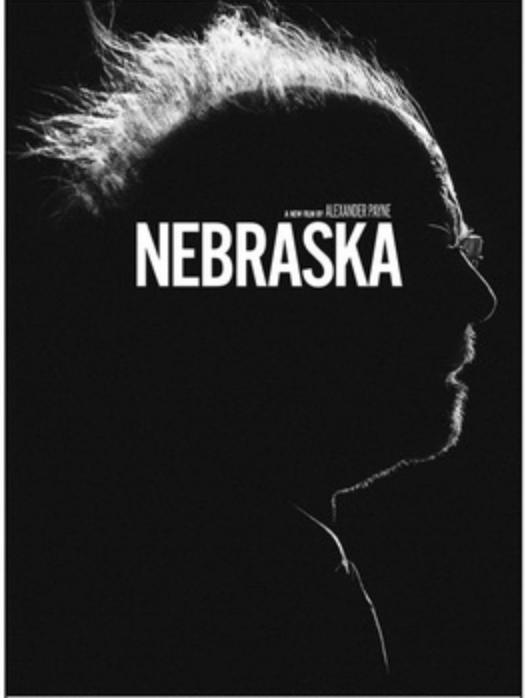 First of all, the film is in black and white. But what amazing black and white it is! Shooting in very high contrast with an Arri Digital Camera, there is dynamic range as I've never seen before. Shadows are detailed and highlights bright but not blown out. The several low light scenes have almost no noise and look as seamless as the outdoor scenes. Sometimes self awareness can get in the way in a movie or in photography, but I felt as though the film makers were speaking directly to me through their use of selective focus, focus shifts, framing, placement and clearly being aware of the whole image from corner to corner in each frame. Some films deny the camera and its use. I felt Nebraska was reveling in the camera, the optics and the incredible quality it produced. I believe the quality of the cinematography raises the bar on black and white films made in the future and perhaps all films.

The film starts out in Billings, Montana with Bruce Dern's character walking along the highway to Nebraska to cash in a sweepstake ticket, thinking he's won a million dollars. I know Billings a little, and made a series of pictures there in 2005: Billings. I also wrote a blog about the series here. The Billings geography is distinguished by a large rock escarpment hovering above much of the residential area of the town. This is also prominent in "Nebraska". Much of the movie is a road trip, two characters played by Dern and the actor Will Forte as his son as they drive along the relentlessly flat and sunlit landscape of the American midwest in what looks like late summer or early fall. There is sky, which is always big, and ground, which is usually bright and almost irridescant, reminding me of how black and white infrared film renders similar content.

The director of the movie was Alexander Payne, who has to his credits films such as The Descedents, Sideways and About Schmidt. Payne was born in Omaha, Nebraska and is of Greek descent. Phedon Papamichael was the cinematographer. He has worked with Payne in numerous films and is also of Greek descent. Clearly these two are a team with excellent results.

My brother-in-law is Thomas L.Turman, a retired architect and architecture teacher living in Berkeley, California. He is also an excellent artist and writer. After seeing Nebraska he wrote a poem. Tom grew up in the midwest and felt a strong affinity for what the film showed of the area. Here it is:

I know you Montana
and your sisters Dakota.
Your savagely weathered land
grasping scarecrow stunned farmers.

Land that demands much,
and gives little,
You lie in wait with your threat
of never ending hard work.

I have seen your towns
along ribbon straight roads.
Clutching the dry farmer dirt
like flattened loosing wrestlers.

Time worn wood buildings
huddled against history.
Leaning against one another
along empty windblown streets.

People, hats down against the wind,
pass neighbors with name salutes.
"Everett." "Silas." Lost in the wind.
There is always next week.

Your fierce, hard horizon
is a soul clenching admission.
This is all there is,
and all that ever will be.