In the summers of 1978 and 1979 I made a series of pictures at the tops of tourist mountains in the States, those uniquely odd drive-up mountains with great views that seem to place human beings in a different world. It was and is one of the few series I have ever made of people. 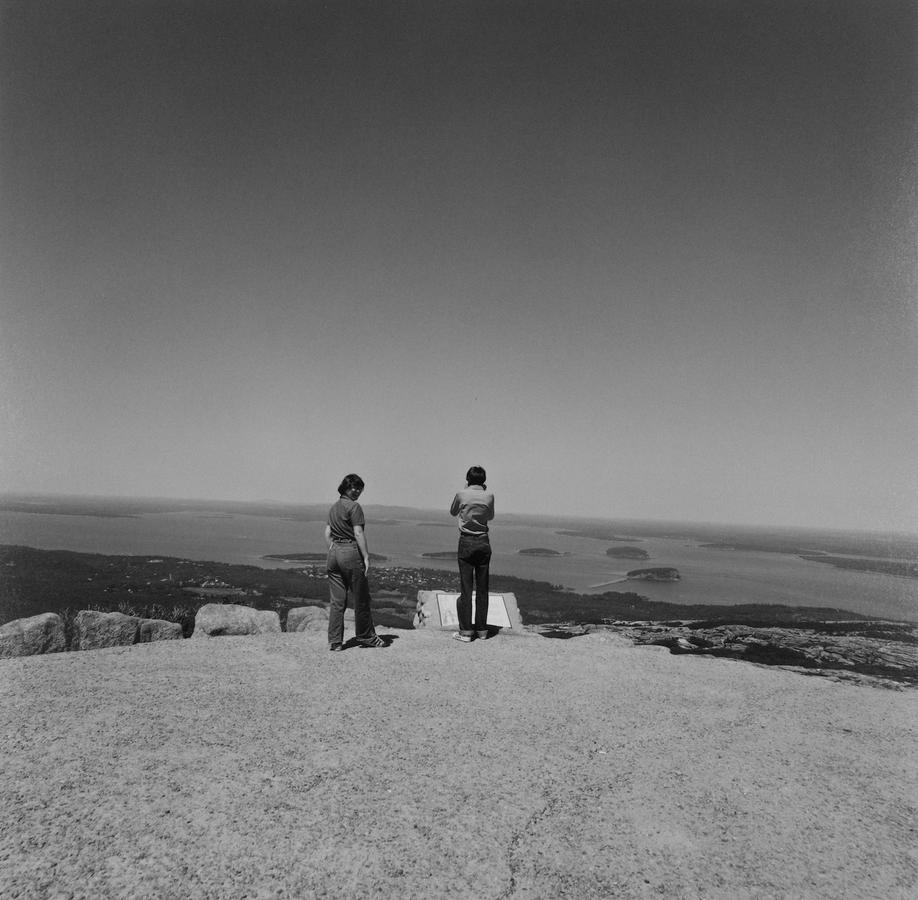 Shooting mostly from behind I used open sky like a back drop and looked at relationships, gestures, body language and issues of scale. I also photographed vehicles. 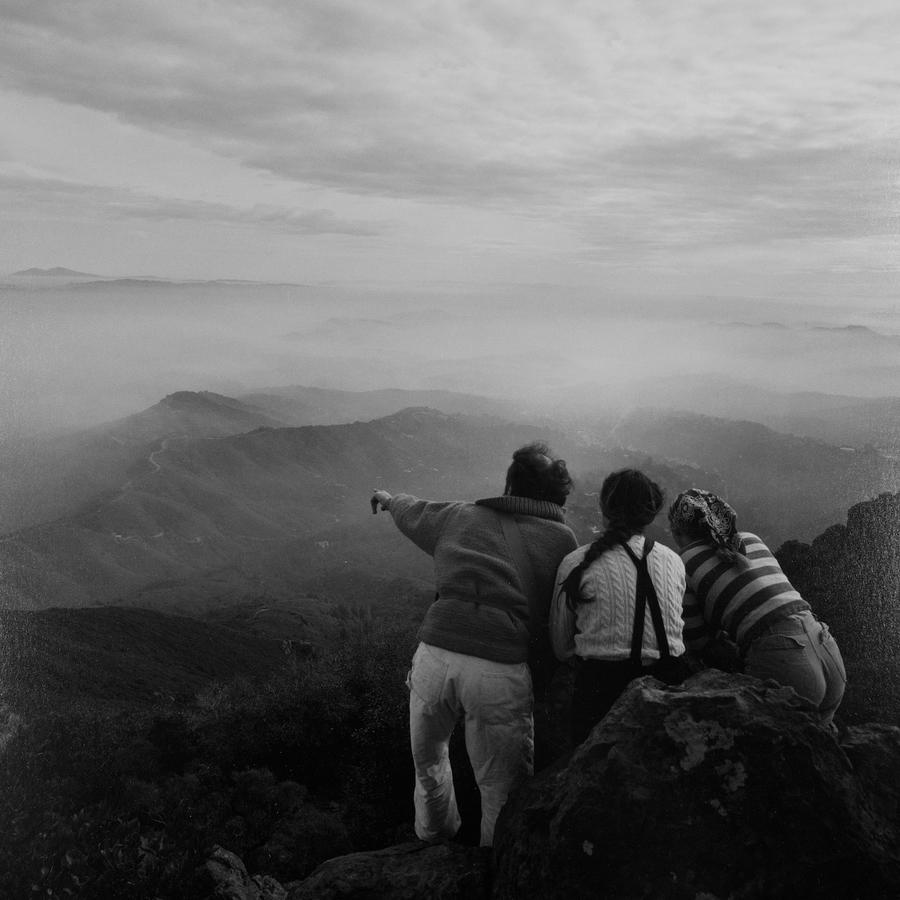 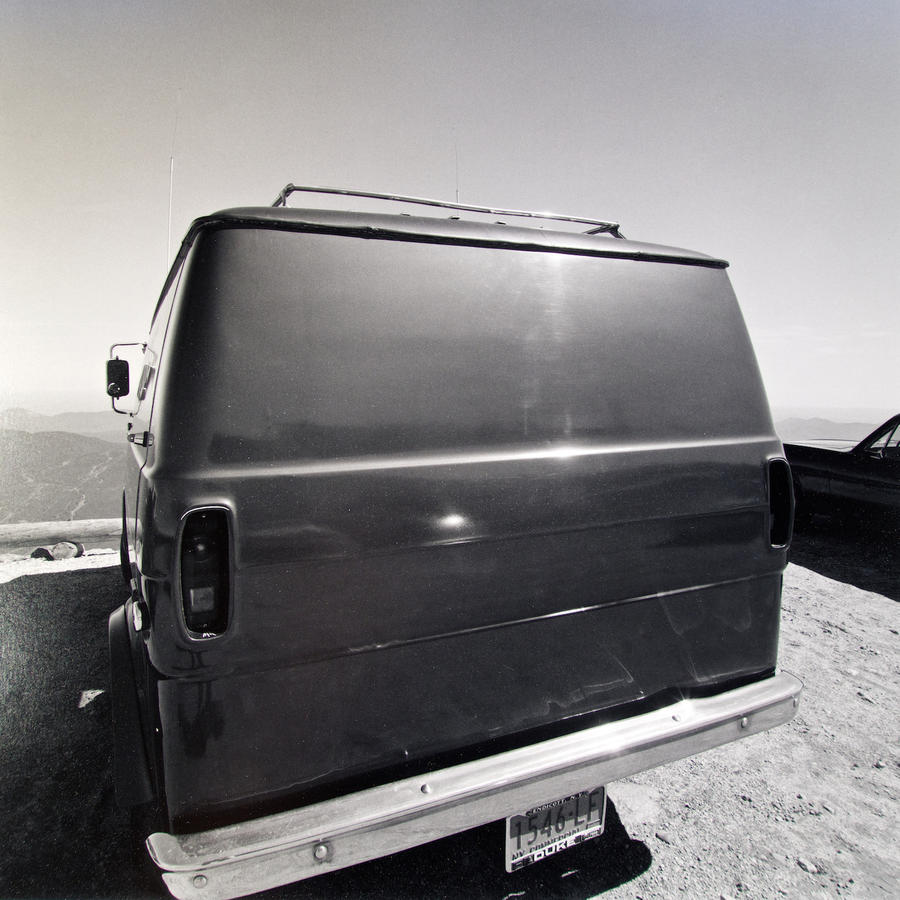 I photographed mostly with the Superwide Hasselblad but also used the 2 1/4 Rollei SL66 handheld. I made the prints in my darkroom on 14 x 17 inch Kodak Polymax paper, and toned them with selenium. The final prints are about 12 inches square.

The original Mountain Work series is here. I wrote about the work in a blog post: here. 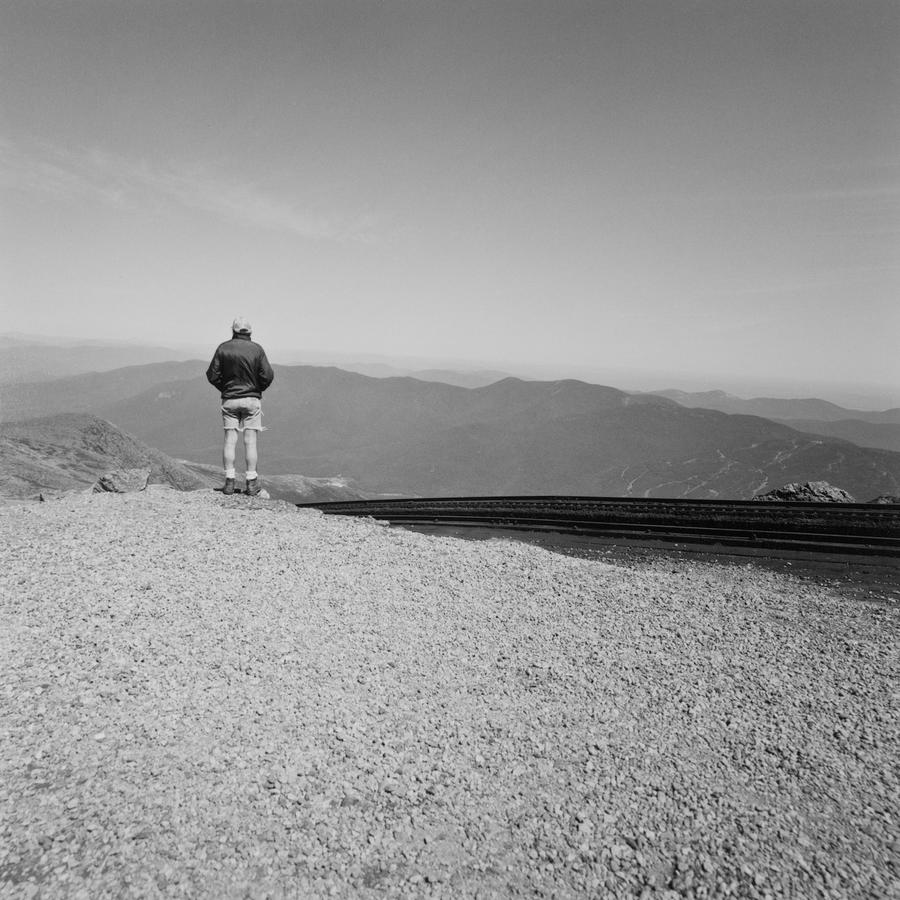 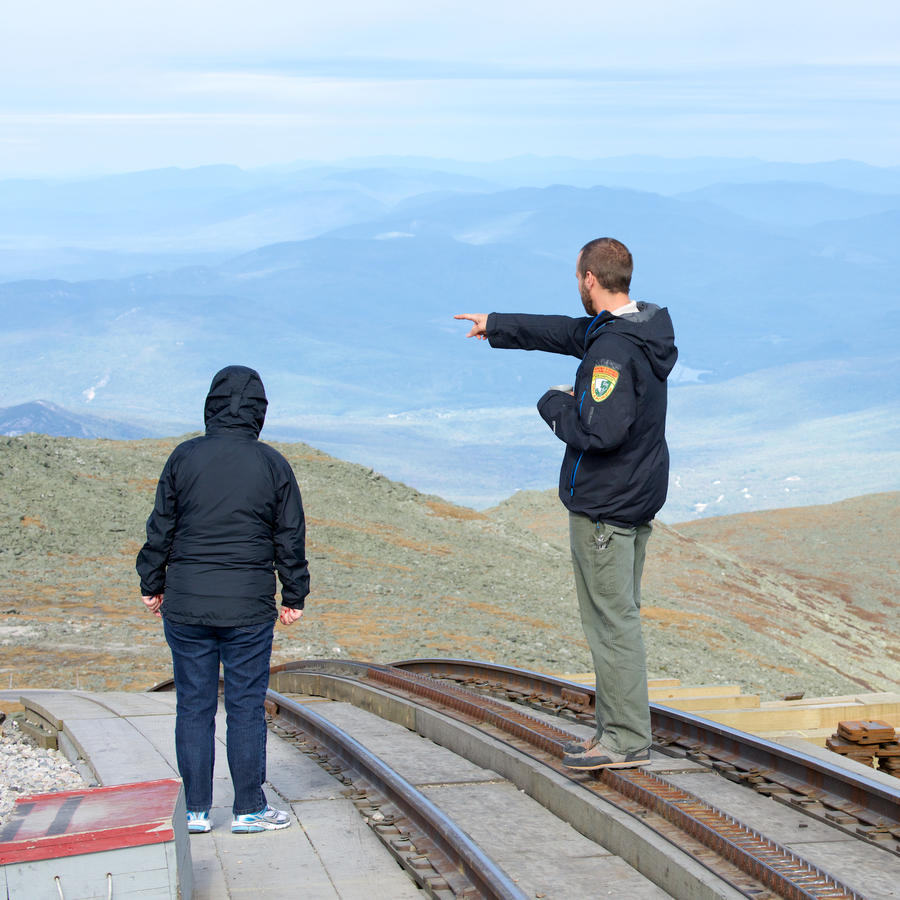 The pictures are from mountains like Mt Washington in NH, Mt Tamalpais in CA, Mt Cadillac and Mt Tom in ME.

As often happens the sensibility used from earlier work does not just go away in later years. I have been photographing in a similar way over the past year or so. The trick, of course, is to bring something new to the table. We all have places we return to over and over again throughout our lives. This new series is no exception. 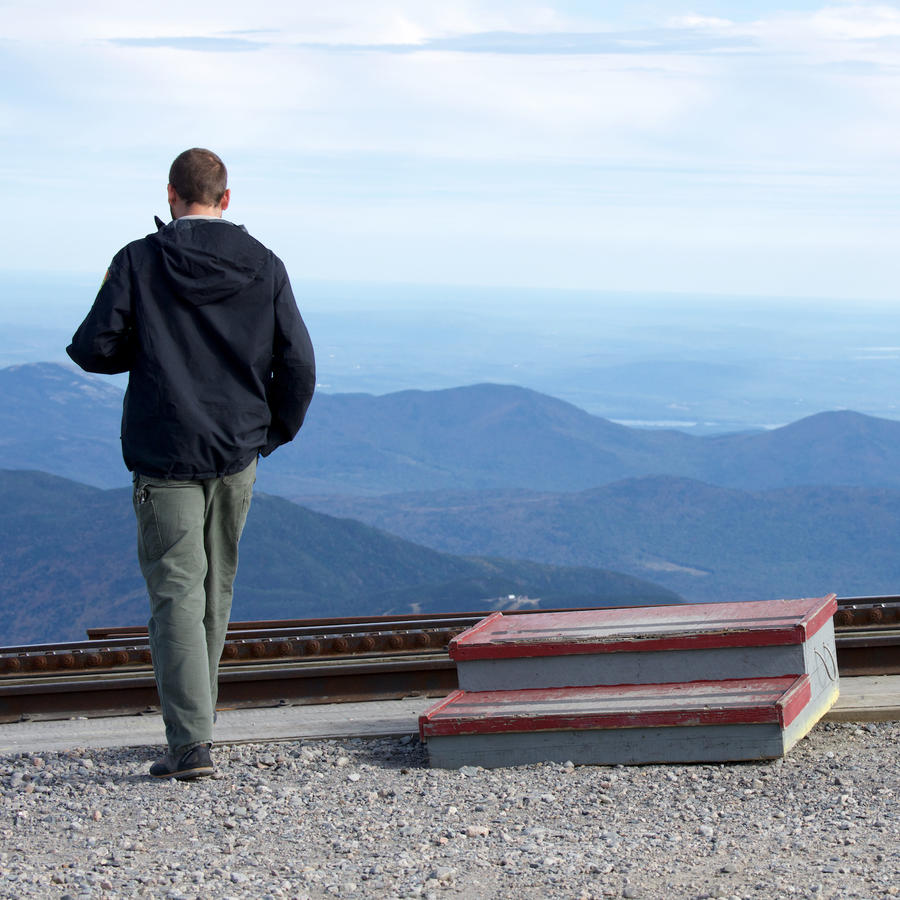 These are digital and in a whole different world, focal-length-wise: 80-400 mm. In 1978 I didn't know nor had used anything longer than the normal length lens for the format and tended to use wide angle lenses. 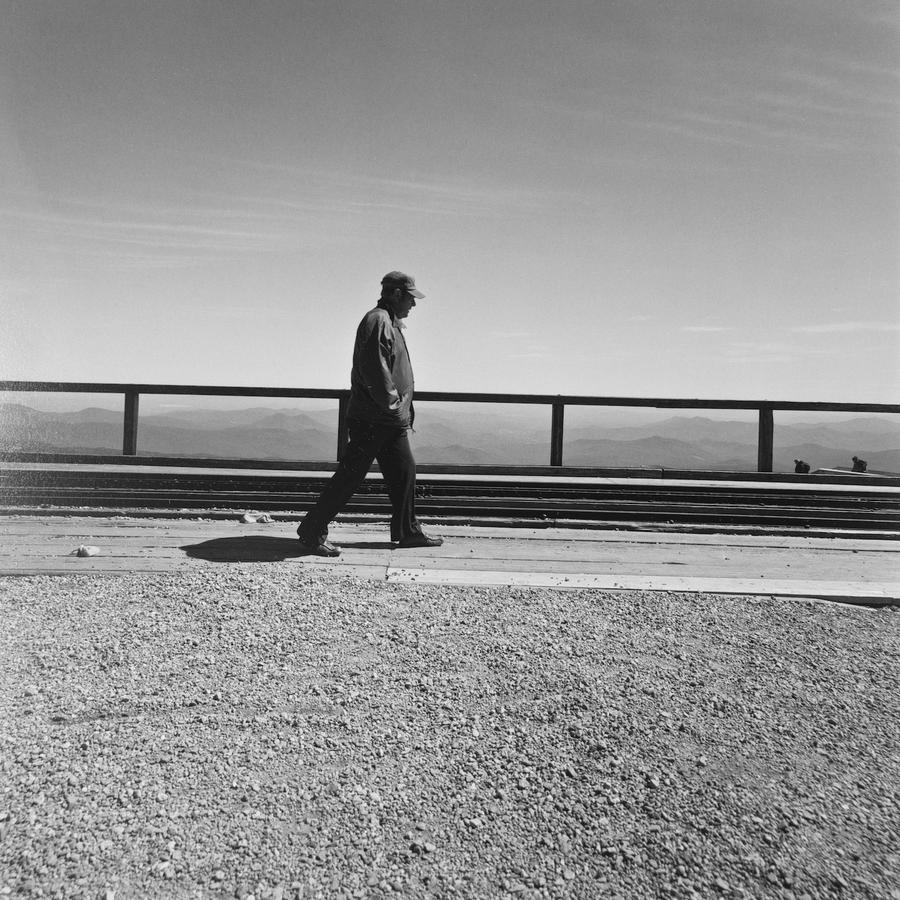 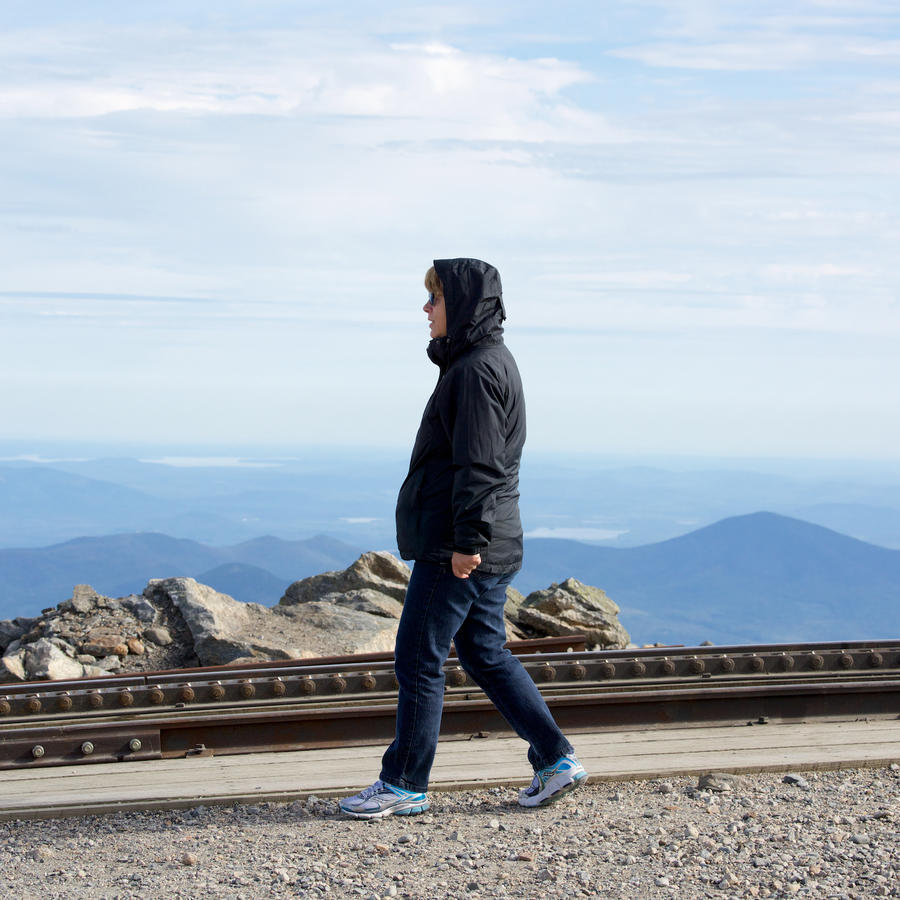 My sense is that this is a continuation of a way of working formed in the late 70's  with some new parameters thrown in, not something completely new or ground breaking.

I don't know if at my age and abilities that "new" is on the horizon for me. I hope so but have no evidence to prove it. At any rate these pictures utilize a different technology in the capture and also in the printing than the originals; a compression of space as opposed to normal or wide angle focal lengths, color as opposed to black and white and the use of the same eyes and brain but thinking informed by 37 years of experience. 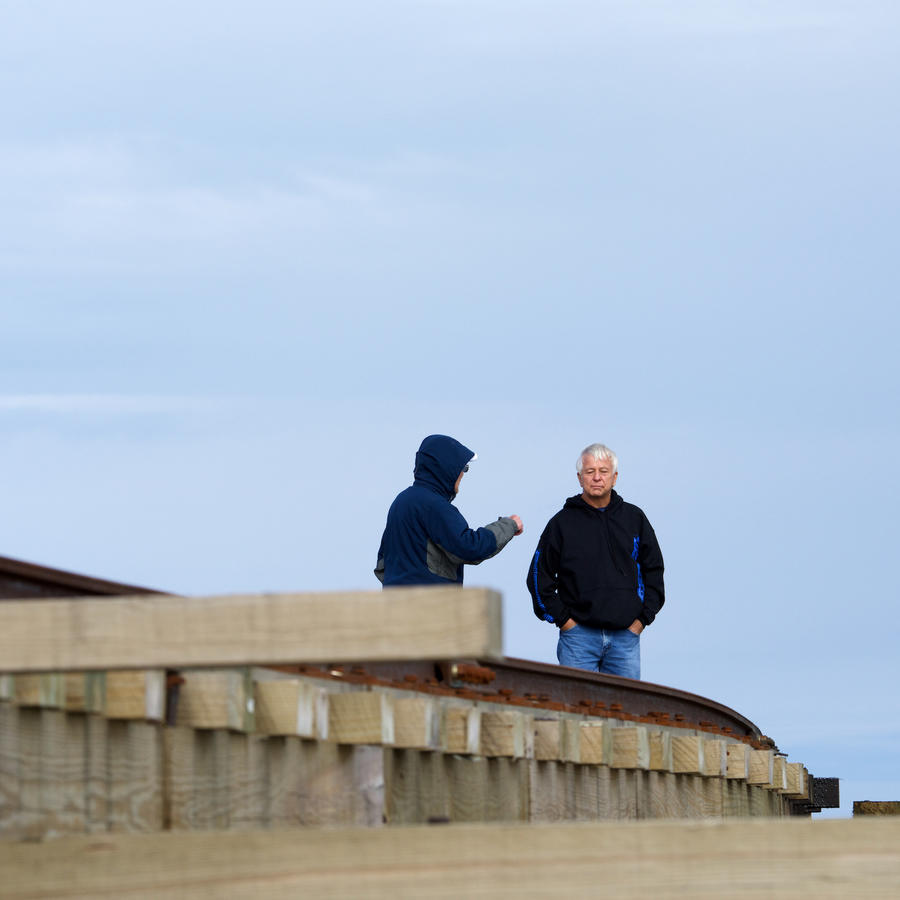 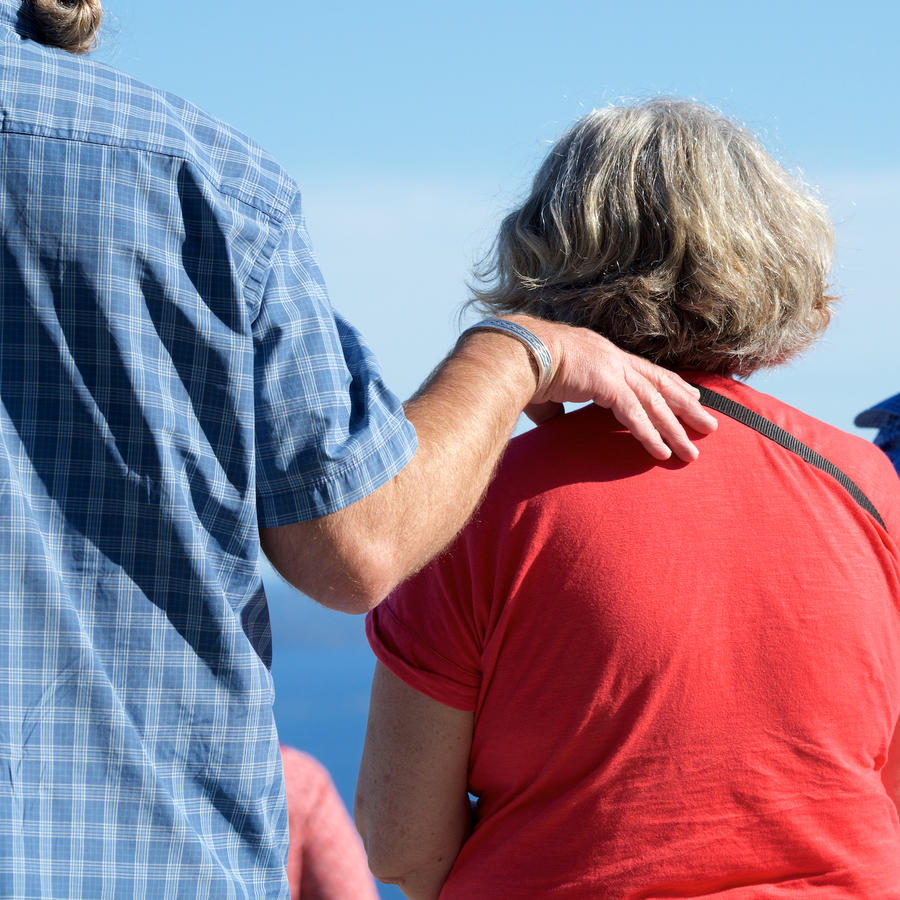 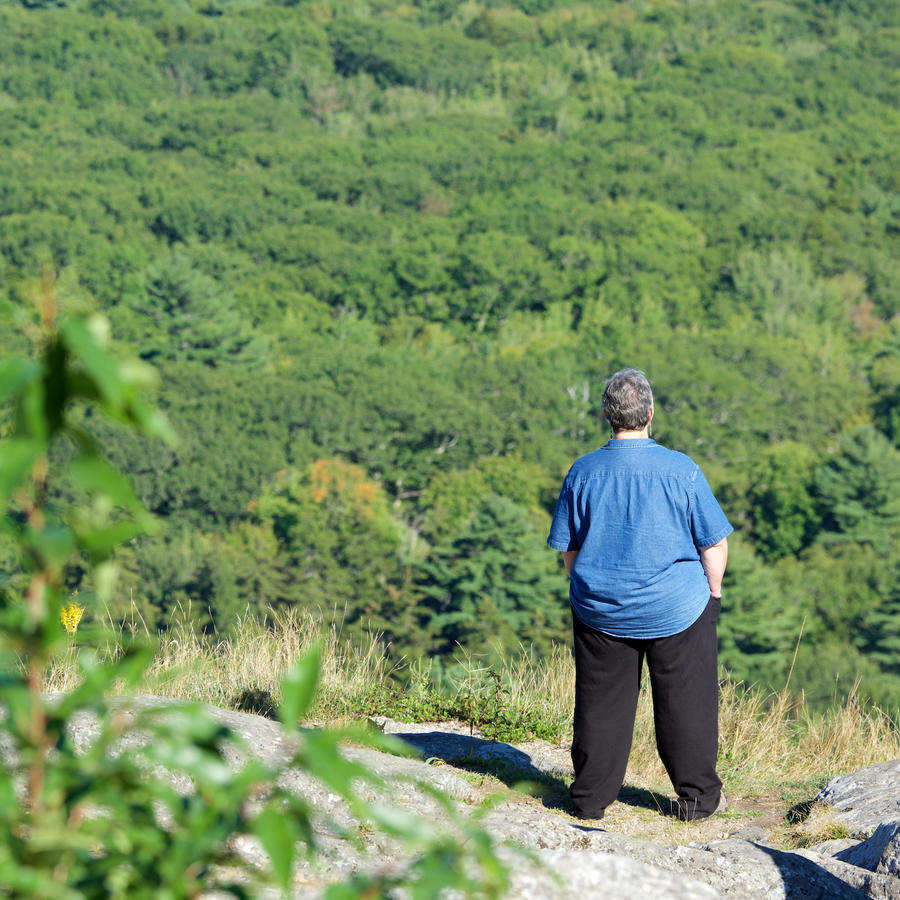 As a tactic, photographing people from behind is a tough thing to do, meaning that it "anonymizes" them, taking away the smile or the frown or the eye to eye contact. It also is often what someone does when they don't have the nerve to face their subjects. This is seen in early street work, where the photographer is trying to do something quick and spontaneous but doesn't yet have the skills or experience to pull it off. I know this, but in this work there is a different strategy at play. Pictures made from in back of people gets us looking at what they are looking at much more. We see the landscape or scene as through their eyes, even with their perspective. That's mostly what I was doing with these. Not making portraits in any way but photographing the people as "symbols" and emphasizing gestures.

I  am not posting these on the site yet as they are not final edited.

BTW: Note that this will be the third "Mountain Work" as there is another made in 2011 that uses mountains but in a very different way. Take a look :Mountain Work 2011

This is the original Mountain Work pictures, made in 1978 and 1979 in black and white.

The prints are mounted and over matted about 12 iches square. They were printed in an edition of 1.

They are signed in verso.

Mountain Work is a group of photographs made over a two year period and combine work I did in Italy, Utah, Vermont, New Hamshire and California.

The prints are @ 23 x 15 inches and are archival inkjet prints.