For this one I am going to veer off topic just for one post and get technical a little. We'll stay with pictures I made at the Owl's Head Transportation Museum near Rockland, Maine but I want to write about using Live View and how it has improved my photography.

In a previous life before digital we practiced several rules about controlling depth of field and sharpness. One was setting for "hyper focal distance". This was a way to obtain as much sharpness as possible from foreground to background at a given aperture. That principle  can still apply but is much better seen and used now through using Live View.

So, in Maine Vacation 4 I showed many of the photographs I'd made inside the museum, of mostly cars but a few planes too. I didn't show some of those that weren't good enough. Of course, you say, why would you? Exactly. But one of the reasons many weren't "good enough" is that they weren't sharp where they needed to be. A DSLR, a long lens, a camera on a tripod, cable release, mirror locked up, waiting a few seconds before tripping the shutter, tripod on a concrete floor. You'd think they'd all be sharp, yes? Well, mostly they were, just not always where I wanted them to be. 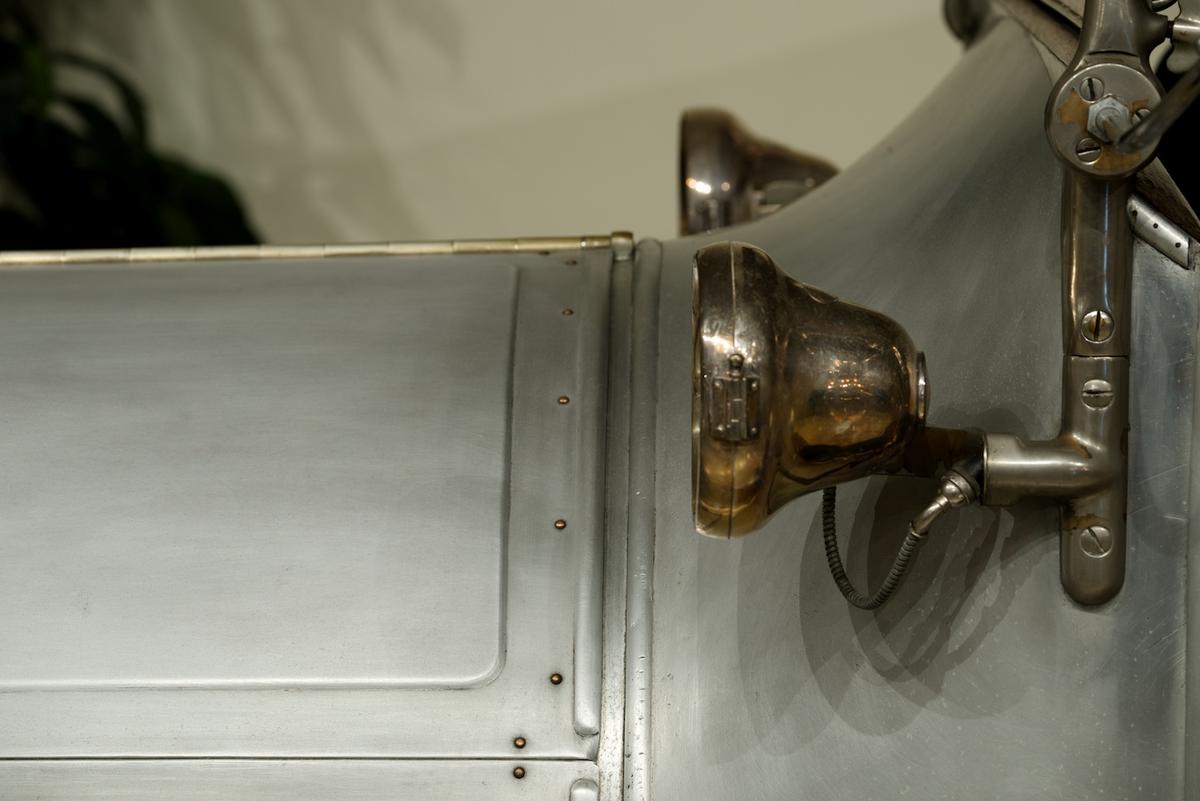 This was because the depth of field was very shallow. In this picture above I focused on the bright shiny hood of the car and therefore the brass light is blurry. On review later I found this unacceptable, so rejected the picture. 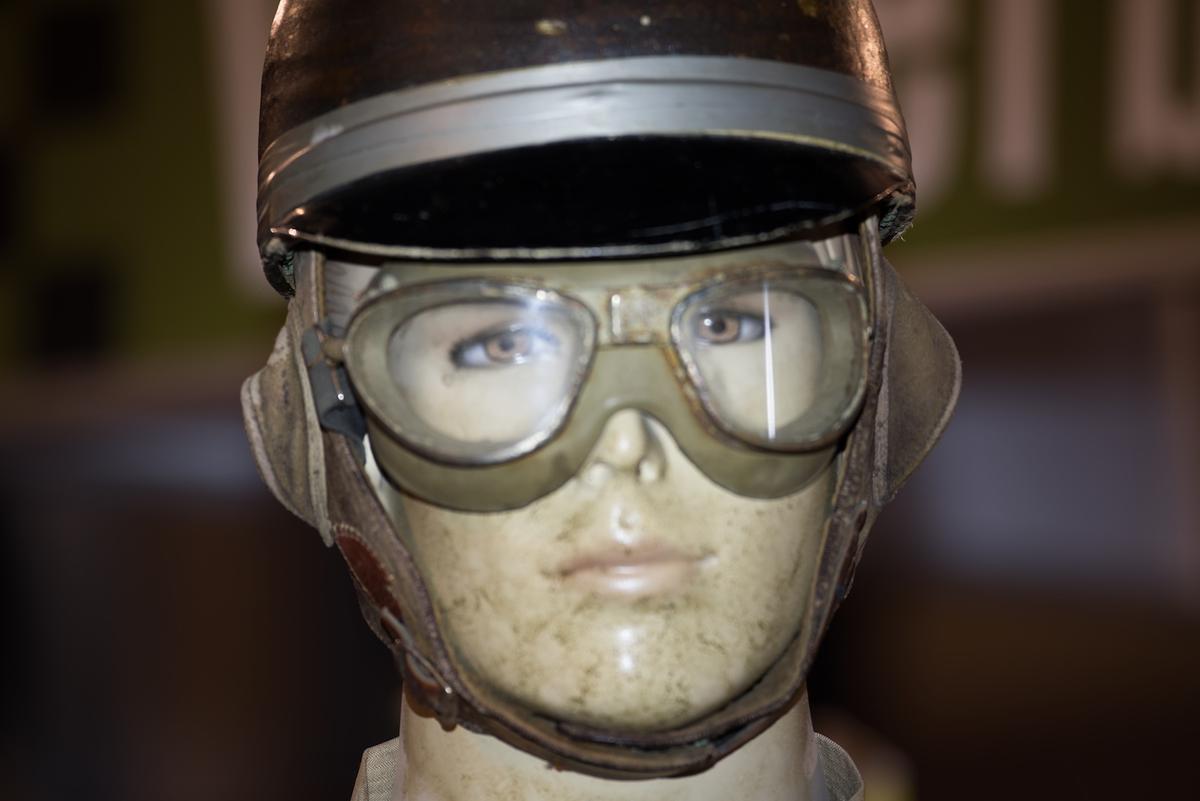 This one of the race car driver is just plain blurry. No amount of post production sharpening or tweaking can correct this. This is "user error", simple enough. Why? The camera was moving a little, the shutter caused vibration, any number of reasons.

So, I went back the next day and made this picture using Live View. 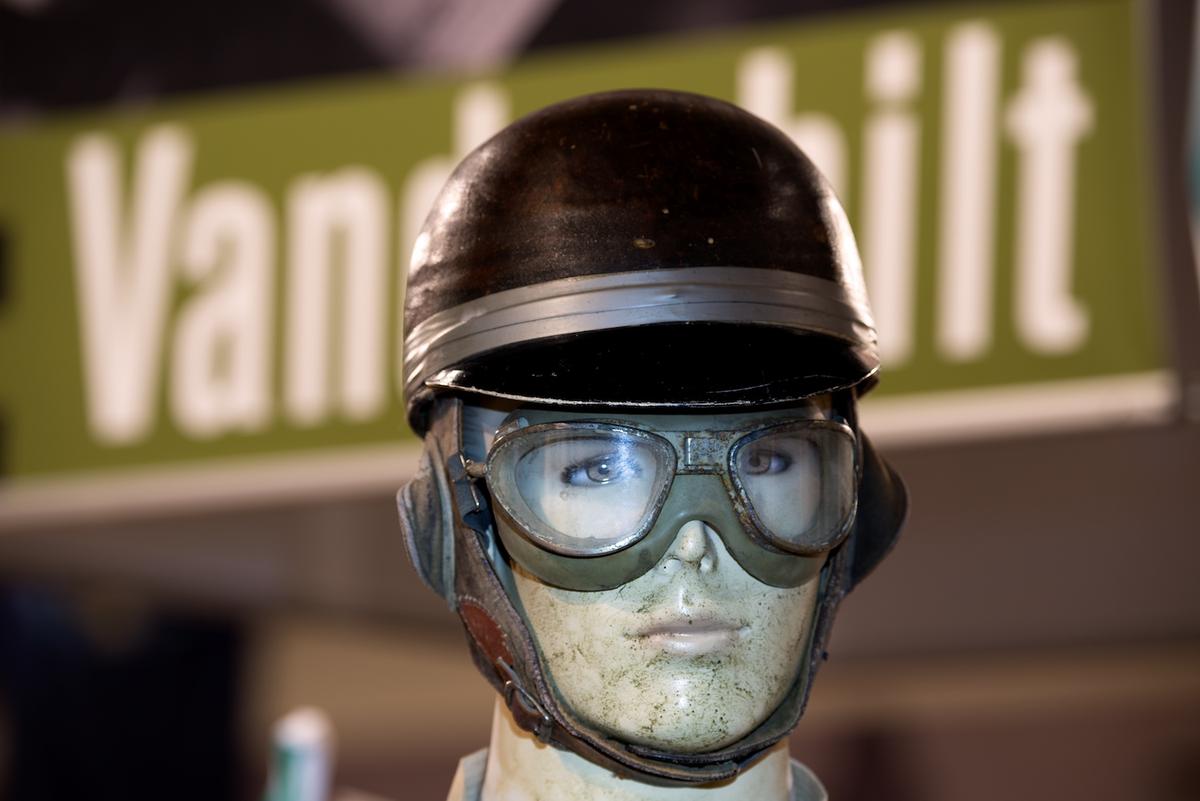 I framed it a little differently the second time I shot it but I nailed the sharpness. Live View allows you to see the image on the back screen of the camera directly from the sensor. You can also zoom in to the part of the image you want focused. It is practically useless if you are hand holding and shooting quickly, but making pictures of things stationary on a tripod. it is almost essential. 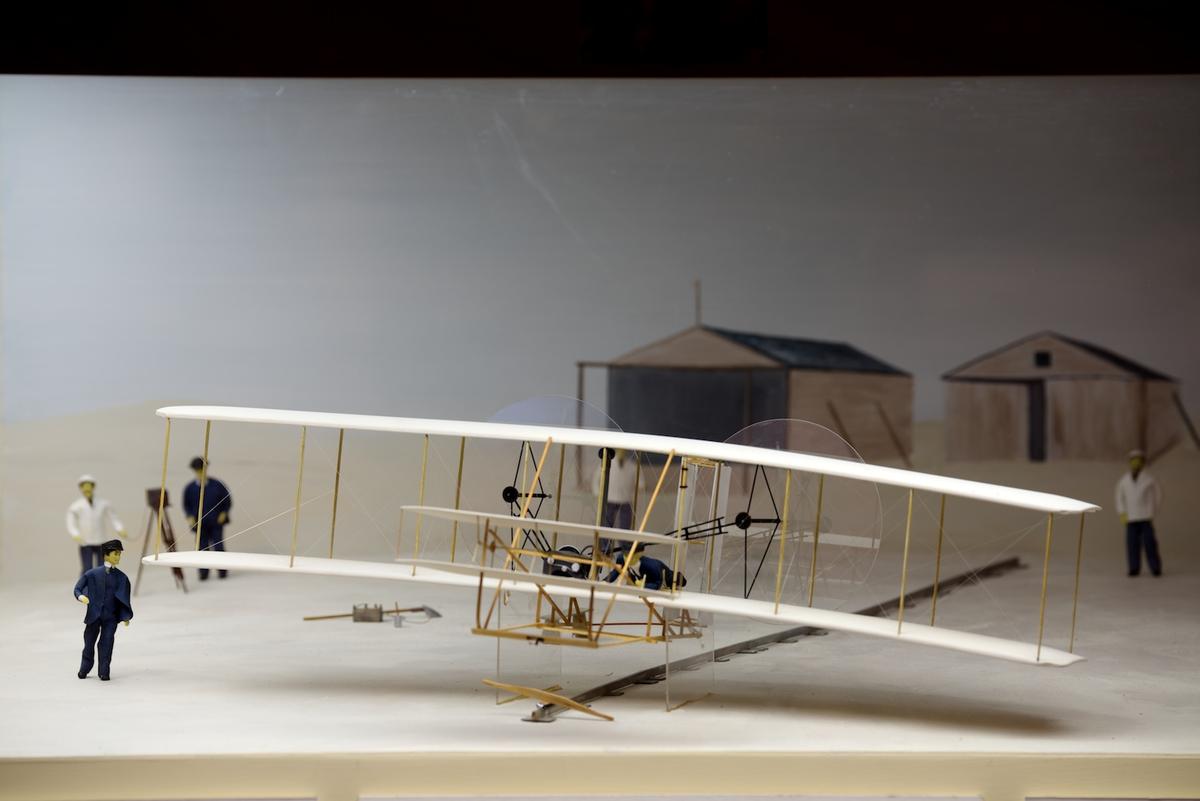 In this one, a miniature of the Wright Brothers first flight, I made the emphasis the little guy on the left. Bad idea. The whole right side of the plane is not sharp. 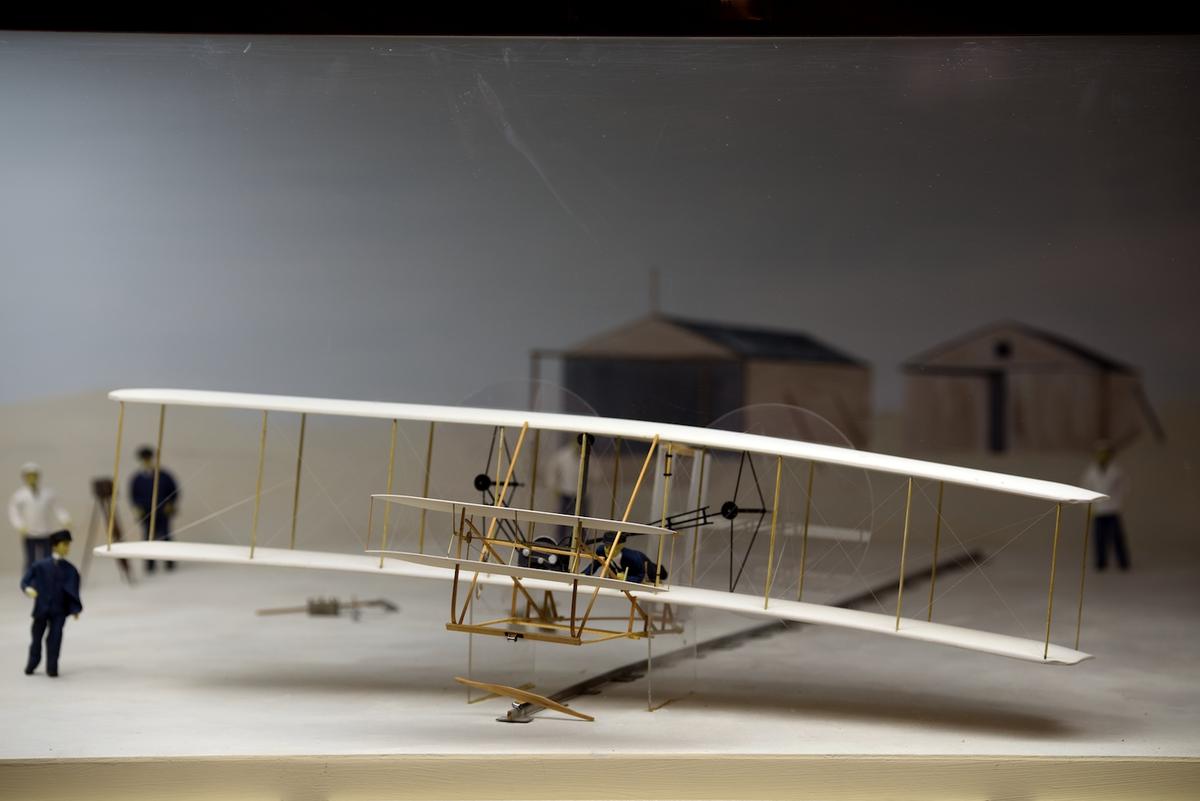 (If you're looking at these on a your computer, you can make them larger by double clicking on the images.) You can clearly see that the center of the plane is now sharp, but because of very shallow depth of field, the little man on the left is blurry, as is the right side of the plane. 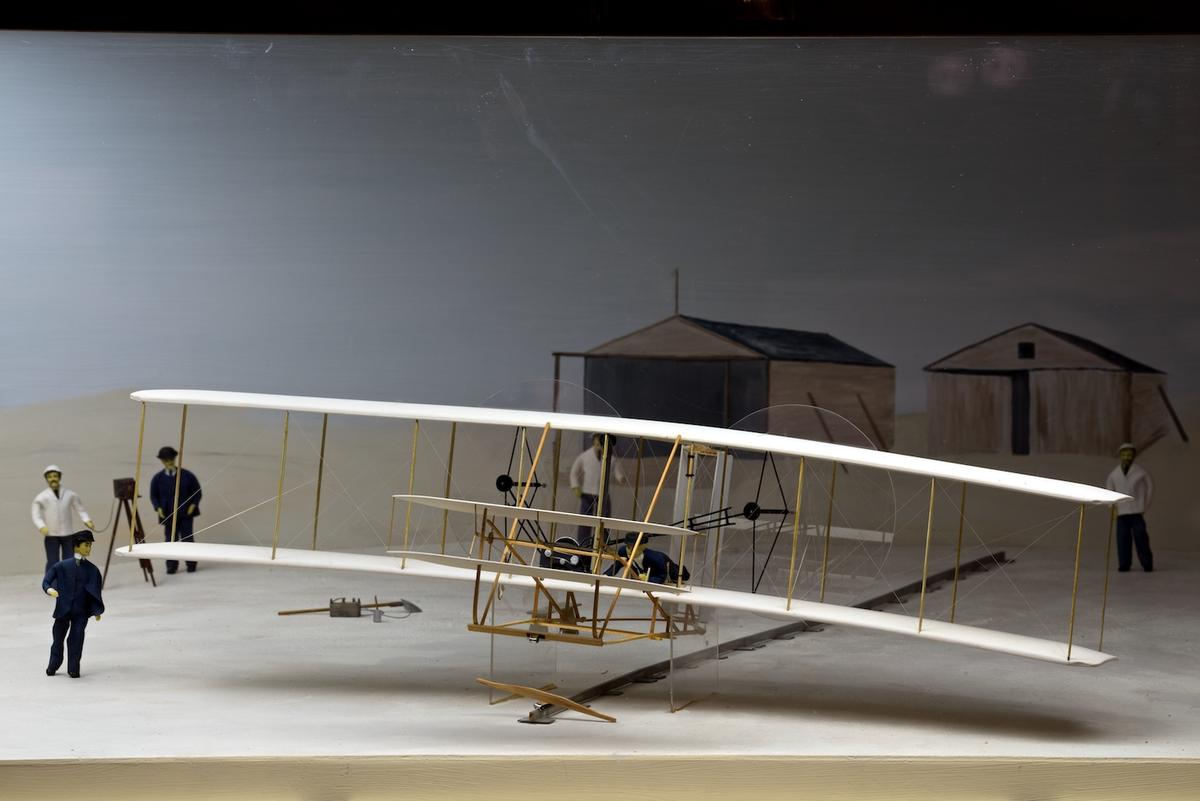 Here I have it all. Increased sharpness across the picture where I wanted it. How? By stopping down the aperture, from f7.1 in the first one to f22 in the second. Done. I could see the depth of field increase as I adjusted the aperture with Live View turned on. Lest you think from now on that it is cool to just stop down all the way you might want to do a little research on "diffraction". This is where, yes, you get more sharpness in depth when you stop down, but what is held sharp isn't as sharp as if the lens were at a more optimal setting (usually closer to wide open, f8, 5.6, somewhere in there).

I often say to friends that perfection is illusive and it feels to me that part of my pursuit over my career as an artist has been to find perfection. Perfection in a photograph can be many things, of course: an incredible moment, sublime light, something frozen forever by a fast shutter, and so on. But one thing is for certain, for your picture not be to sharp where you'd intended it to be really diminishes the point and quality of your image. Using Live View can really help you obtain sharpness where you want it.

Thus endeth the lesson. Let me know if this was helpful. And also this ends my "Maine Vacation" series as I am headed home. Looks like I've got some printing to do.