Those of you that read this blog regularly know it isn't so often that I write about the gear I use. But I just made the switch from a 2013 13 inch MacBook Pro to a 2018 15 inch MacBook Pro and it was a good decision. I have also matched it with the 27 inch LG display (following Apple's recommendation)  which integrates seamlessly  with the computer. 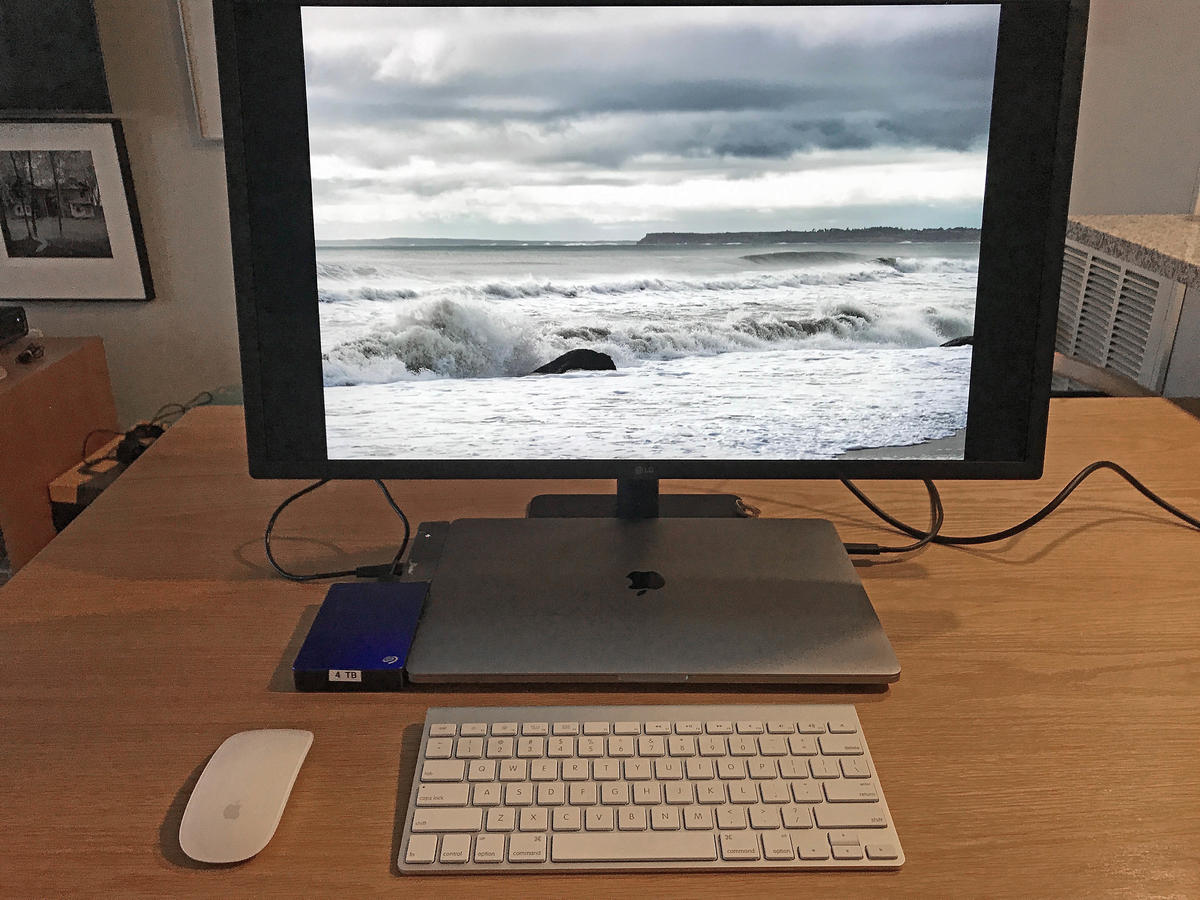 This new system validates my contention that technology marches forward, whether we are aware of it or not. The computer does its job, without fuss or slowing down, the display is minimal and elegant with a screen that is flawless. It also is a lot lighter than my older Apple 27 Apple display I used for several years. The laptop is thinner and lighter too.

Yes, the new MacBook has limited ports but that is easily solved by plugging in an adapter that has six, including a card reader.

Two things: I felt that when I travelled the 13 inch was limiting my ability to edit my work on the fly. It just wasn't a big enough screen to be making final edits on imagery I might subsequently be printing 40 inches across. 15 inches is still small but it is better. I also believe the screen is better now too.

I don't fly with the big display, although I do have a case for it. I use it when I drive someplace to teach or on a "more than one day" shooting trip. This new one will be easier to carry with me as it is thinner, less bulky and lighter. Most likely I will keep it set up at home so I can work on files.

As I still use the "trashcan" Apple Pro computer to drive the 44 inch Epson printer at the studio now and it is connected to a couple of Drobos and Lacie RAIDS for storage and backup it makes sense to have something at home where I can edit, work on the blog and do everything else we use a computer for these days as well. What a luxury to have something this good, that can travel with me whenever and wherever.

In contemporary practice in photography the computer is essential, whether working in analog or digital capture. That it be reliable and capable is really important. It helps if it is well designed and elegant as well.  After all, this is a machine I use literally every day. I know Apple's taken some heat for not being so much about computers these days but this one, at least for my purposes, is simply the best computer I have ever had. Adding the 27 LG display is just the frosting on the cake.