A few posts ago I wrote about an 80's project I did of a JC Penney Distribution Warehouse under construction in Manchester, CT near Hartford. In this post we'll take a look at the project.

But before we start I need to tell you that we are breaking new ground here my friends. This is the first time I  am showing  you work that does not reside in any digital form. This work is truly "vintage" as there are no scans of the original negatives, no inkjet prints of these images. I made what you see here in the blog by putting a digital camera on a copy stand and photographing the prints. The prints themselves are about 15 inches square and were processed archivally using a Zone VI print washer and were HE-1 tested for residual hypo and then selenium toned.

In the post called Mallchitecture and Mall Backs where I mentioned the JC Penney pictures I wrote about how they destroyed the tobaccco barns to create this huge complex in a large field. 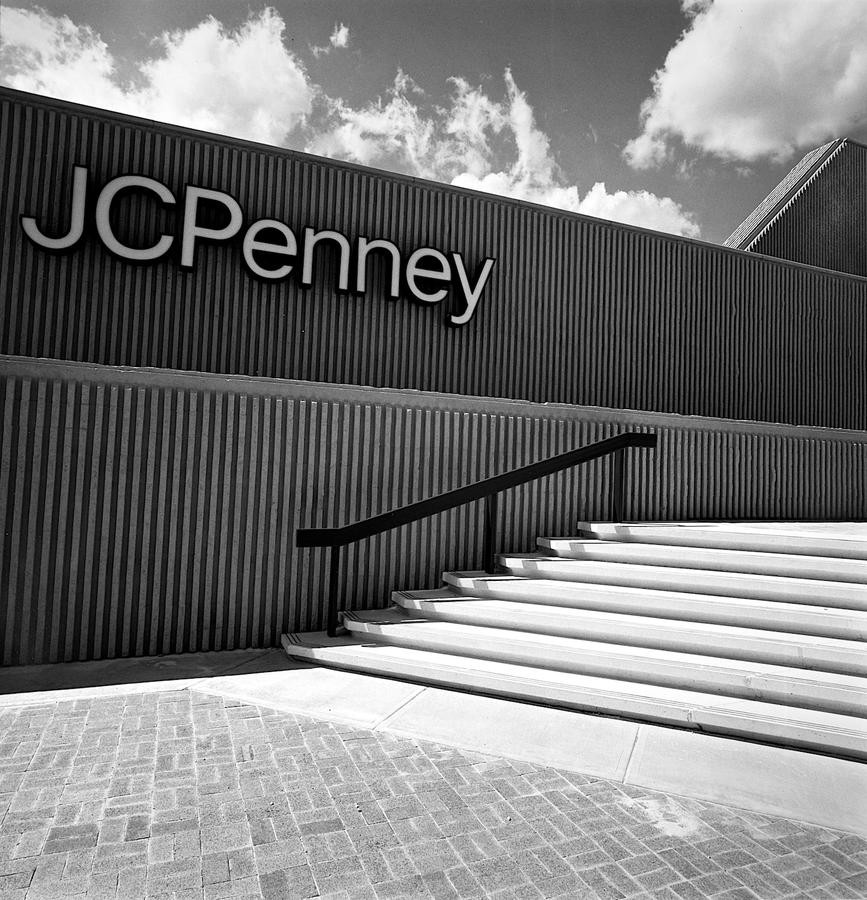 I photographed it under construction and as it was finished. This is a sequenced series. 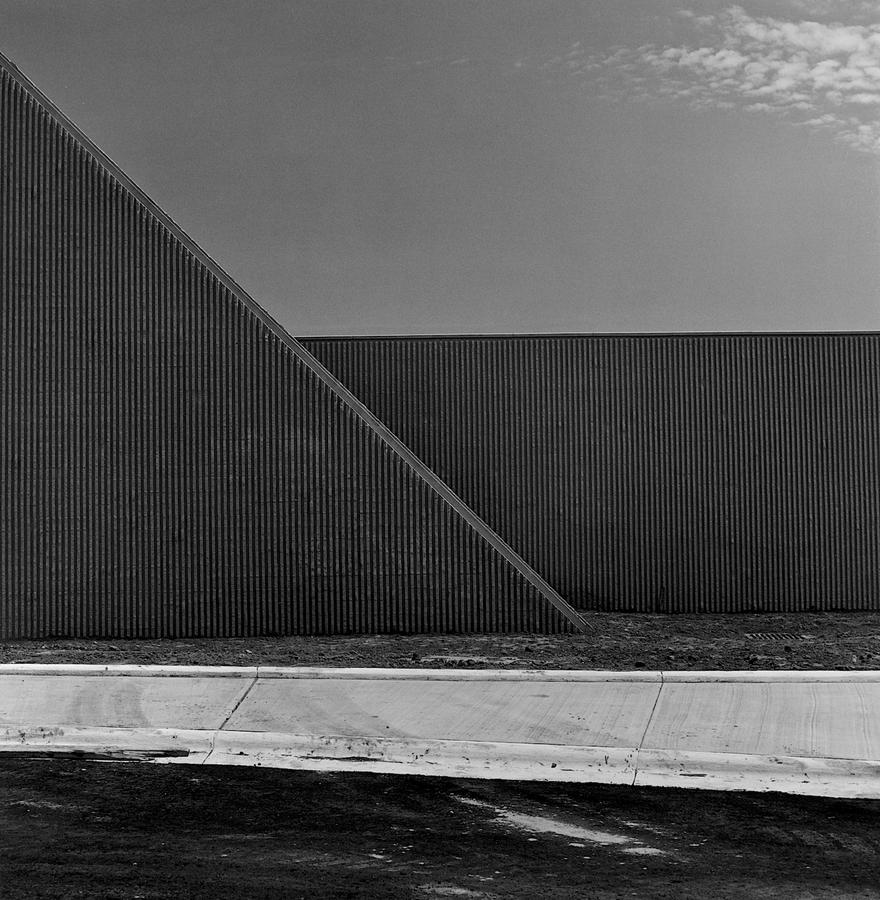 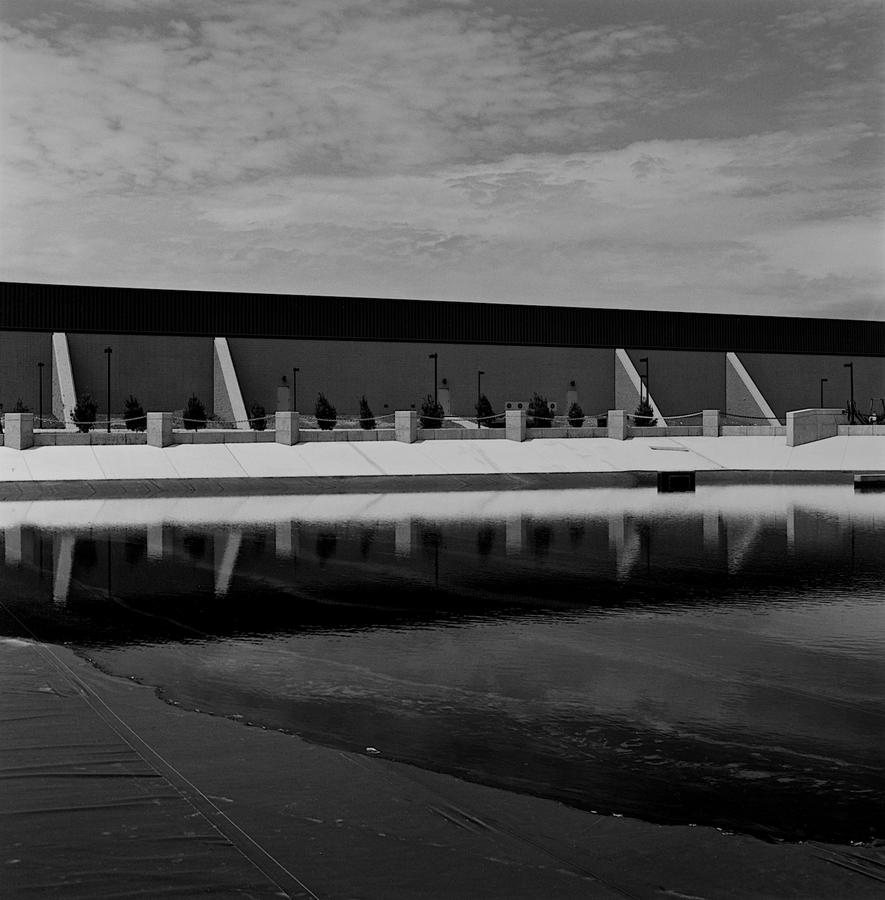 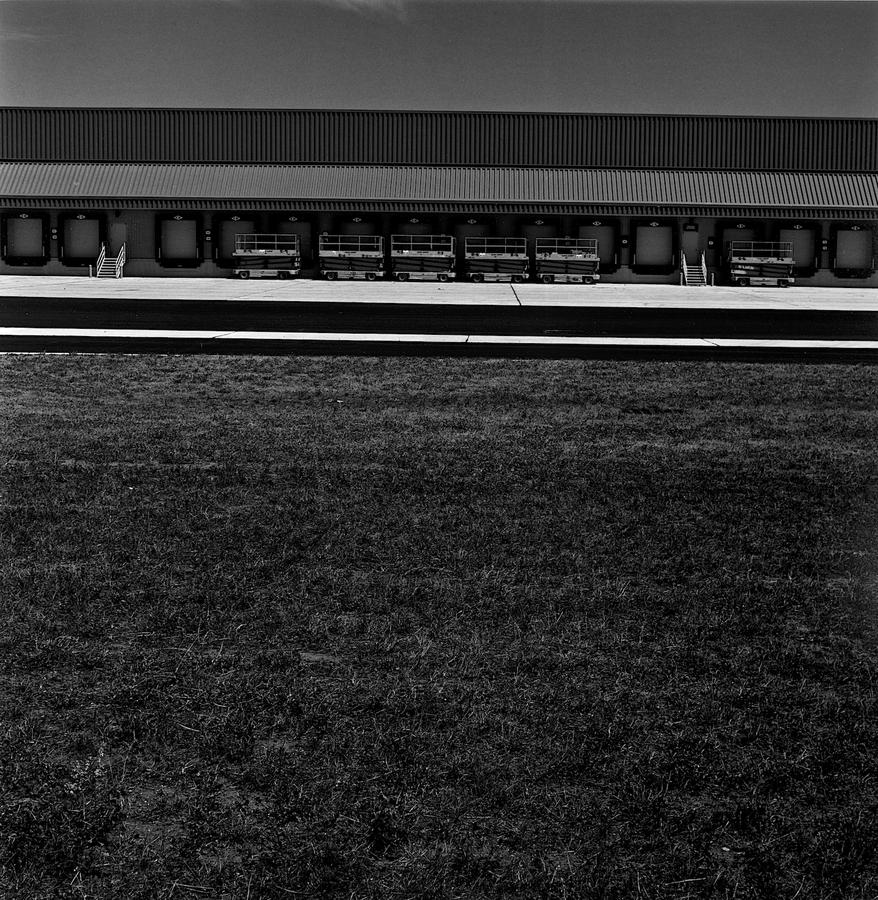 To put these in perspective, I made these about the same time I had made the Nantucket pictures from 1981, which are the first series on the bottom row on the site: Nantucket. 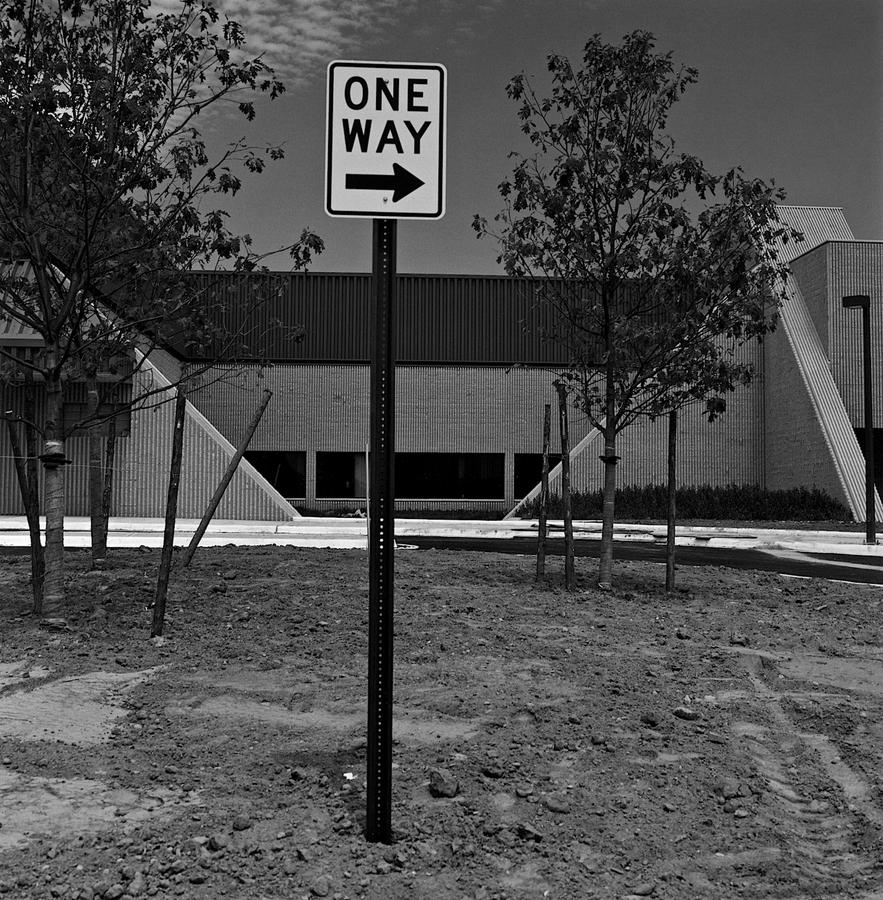 I was working here with a Rollei SL66, 80mm Planer f2.8 lens and a tripod. The 120mm format Rollei was unique in that it allowed 6 degrees of tilt up and down. This increased sharpness in depth and I used this feature in this series. 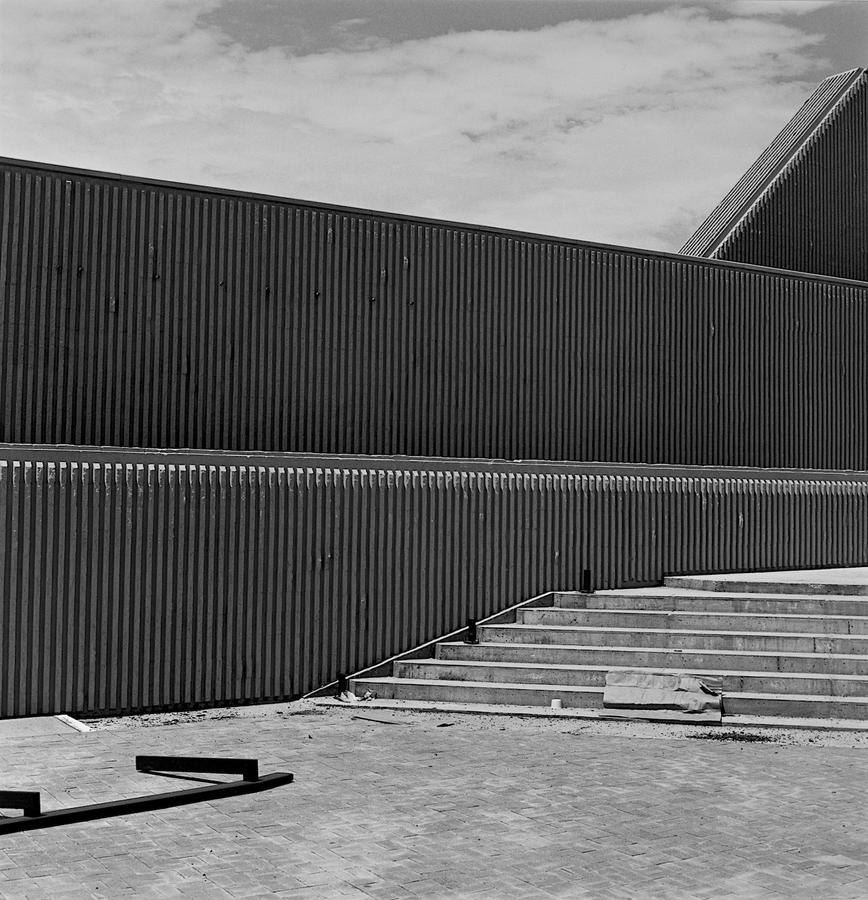 I remember I liked working with the 45 degree "buttresses" that were stuck onto the corners occasionally to break up the relentlessness of the buildings. I wonder if they helped hold them up too. 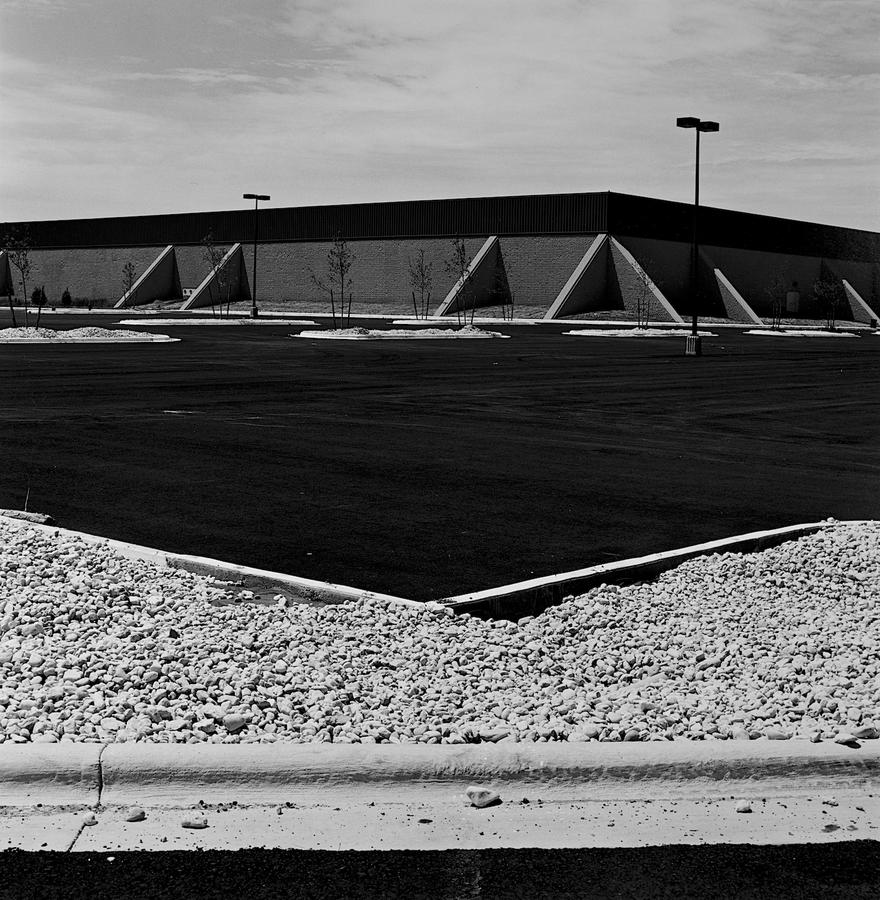 This one (above) is a good example of the how the tilting of the lens allows a different picture as it is sharp from the extreme foreground to the  horizon. 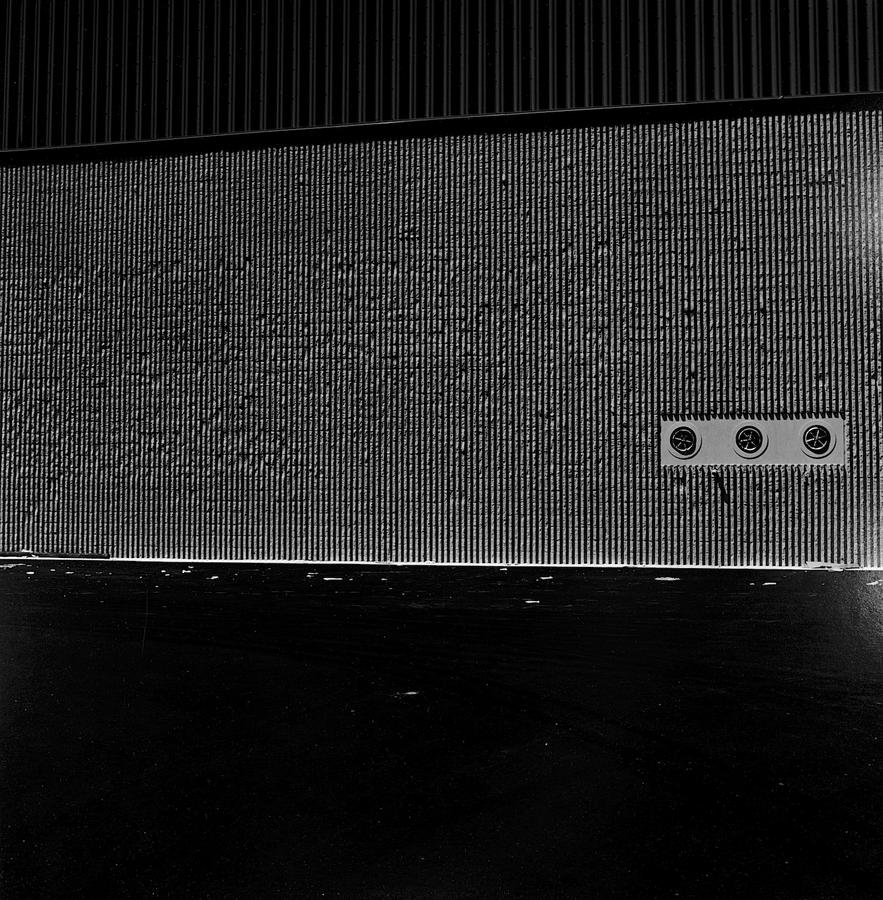 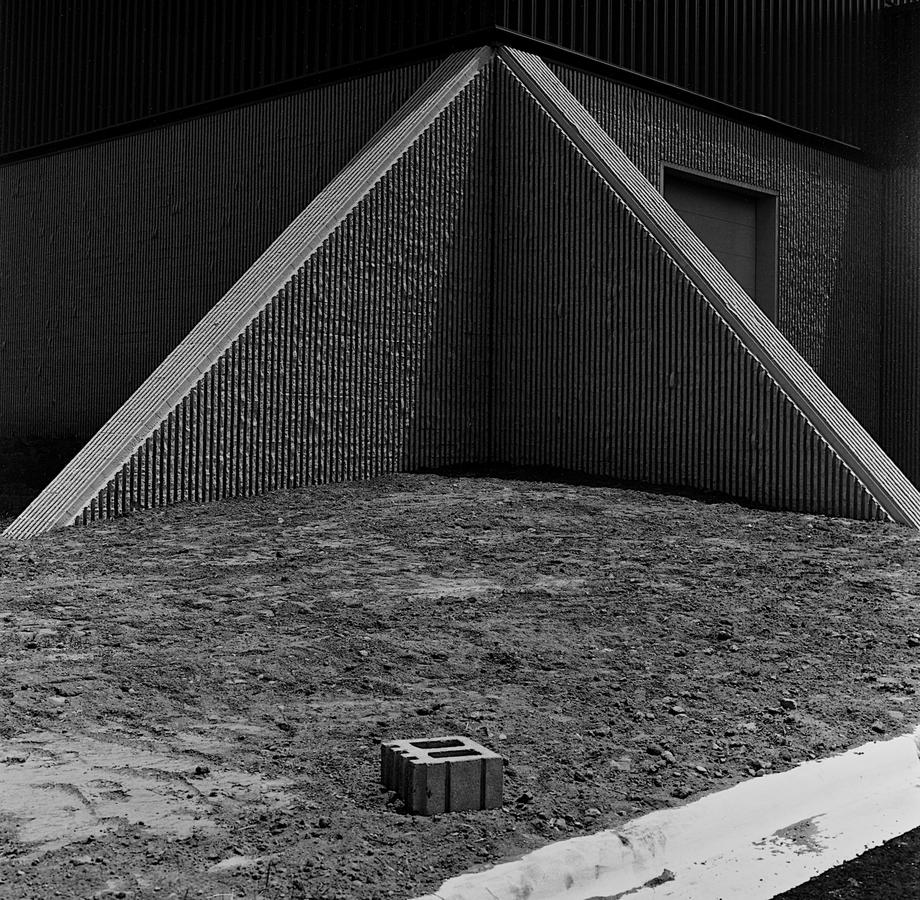 I've written before about how Lewis Baltz's pictures influenced me. That is apparent here. 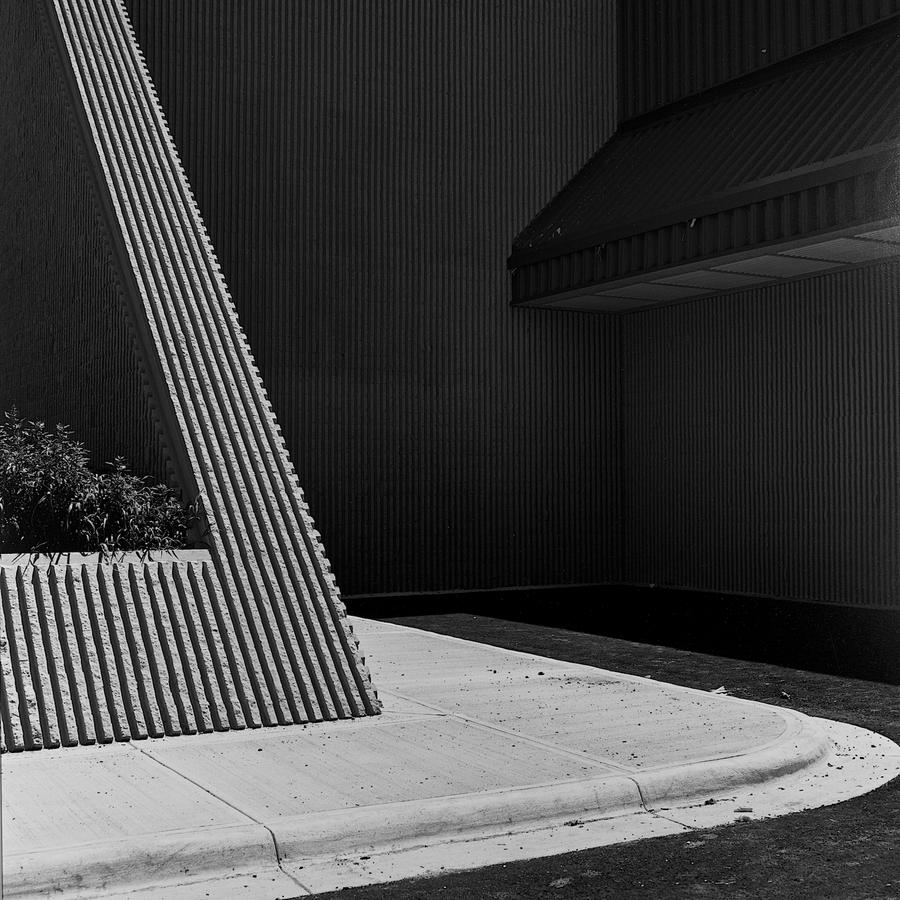 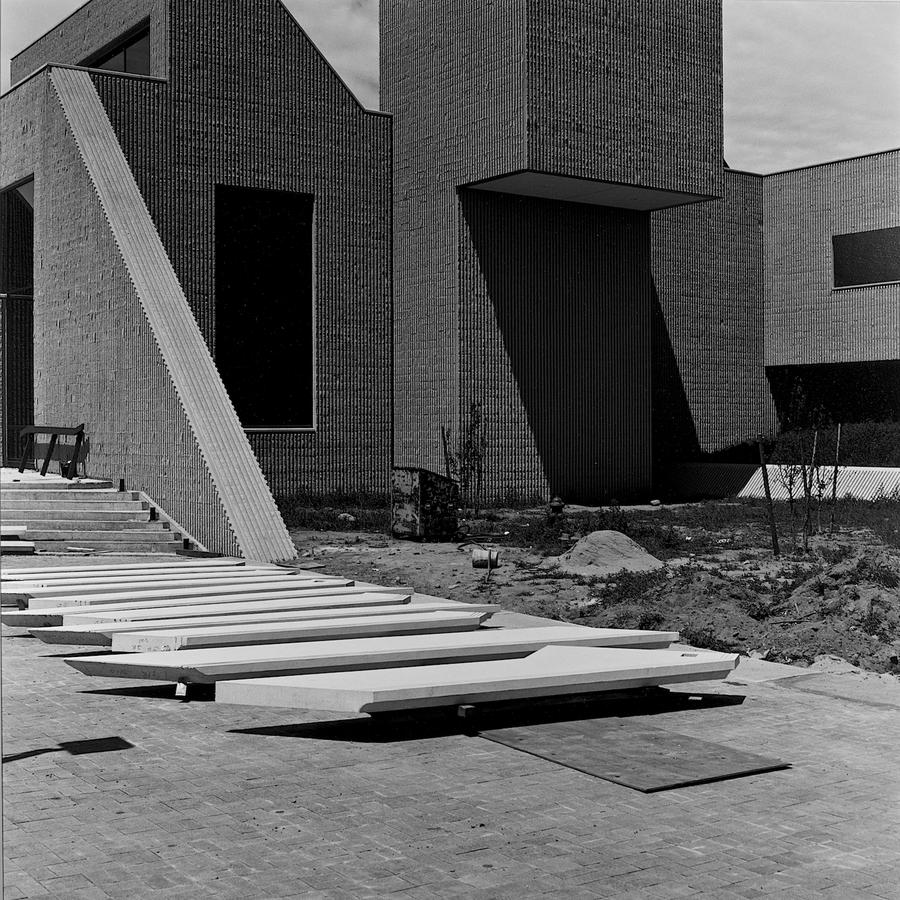 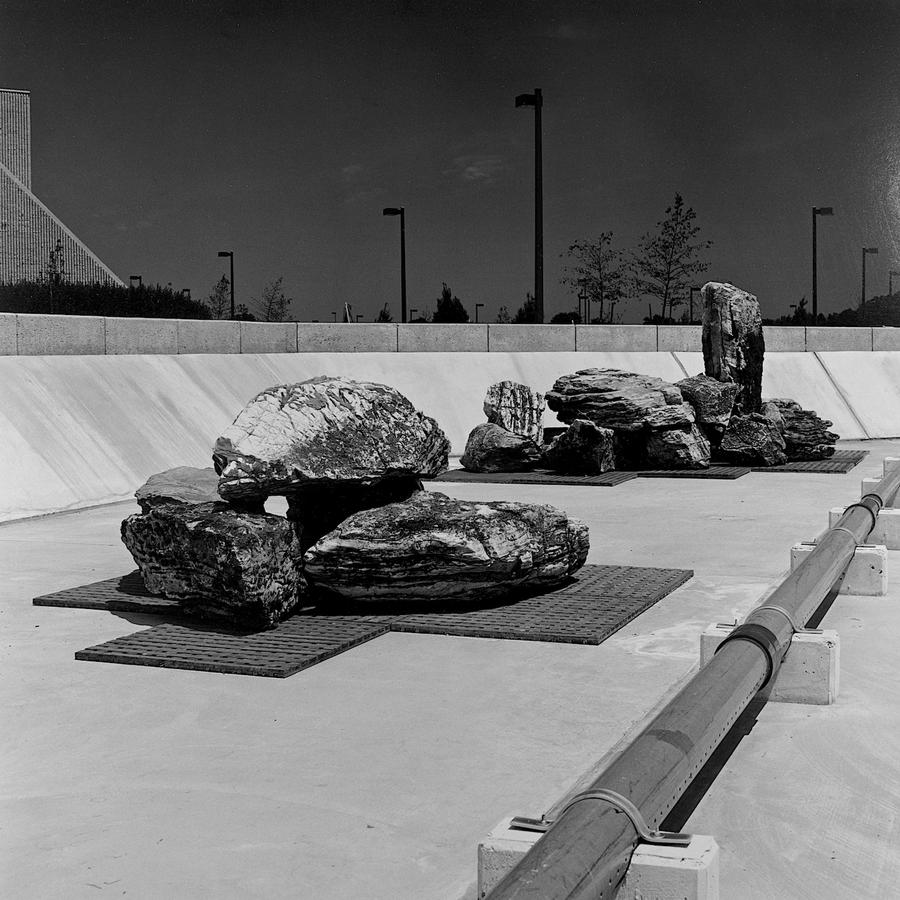 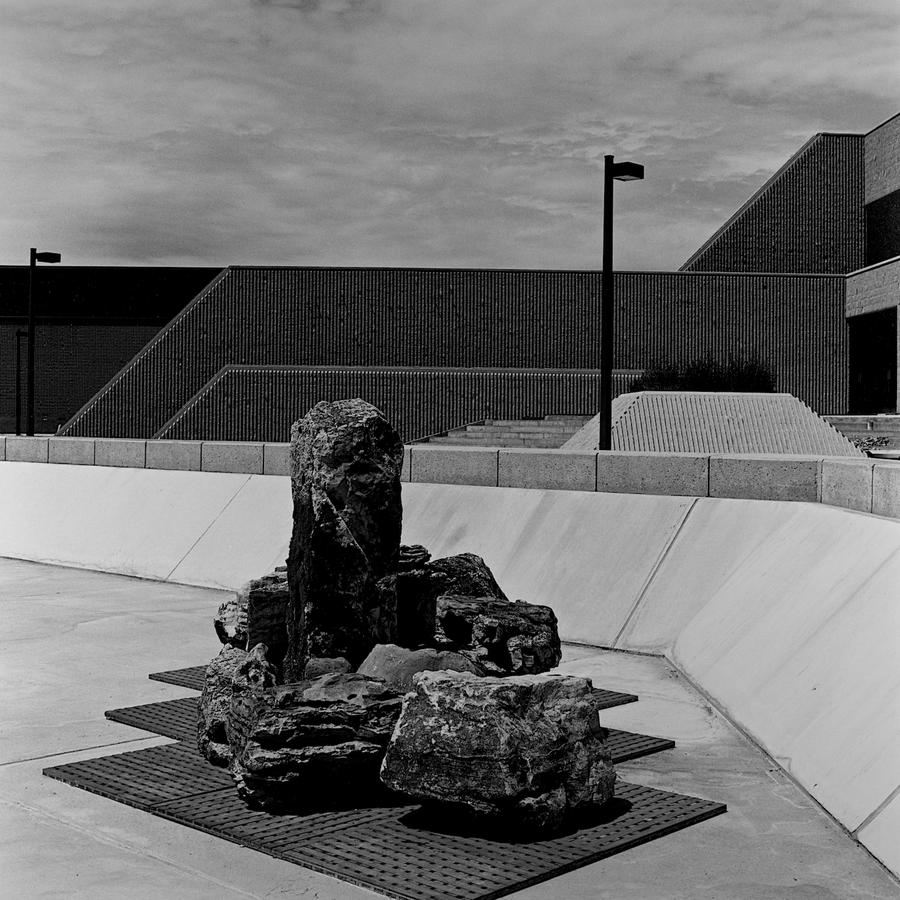 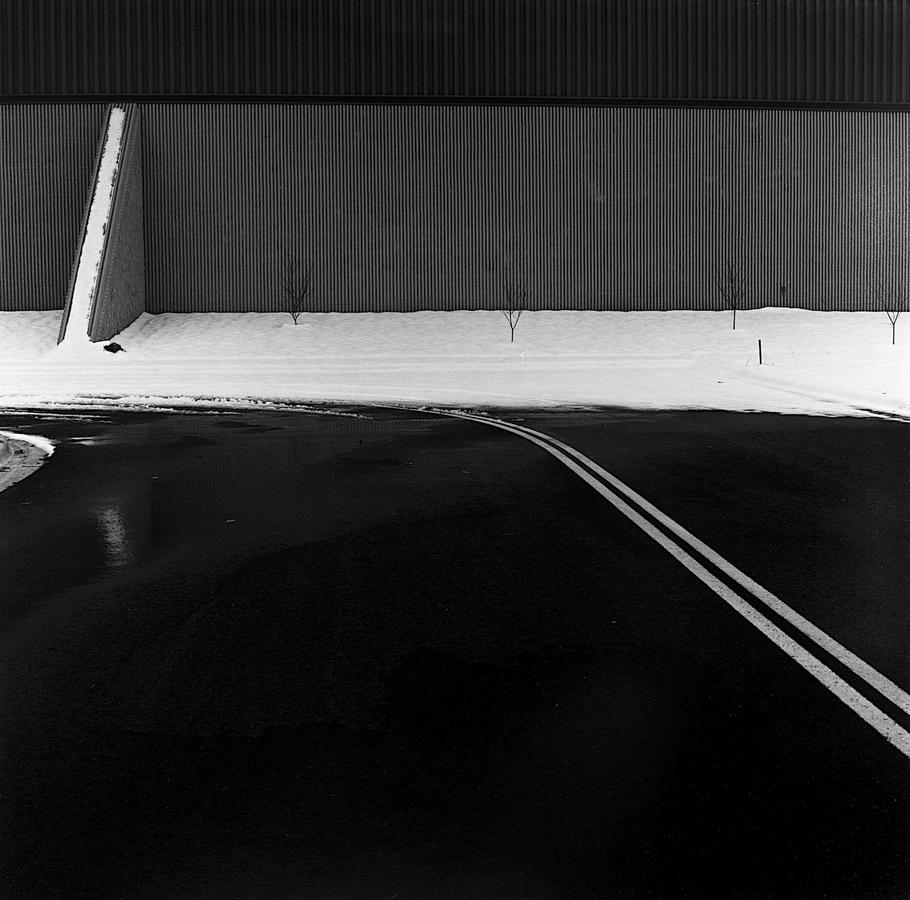 I photographed the site over several seasons so that the project took about a year. 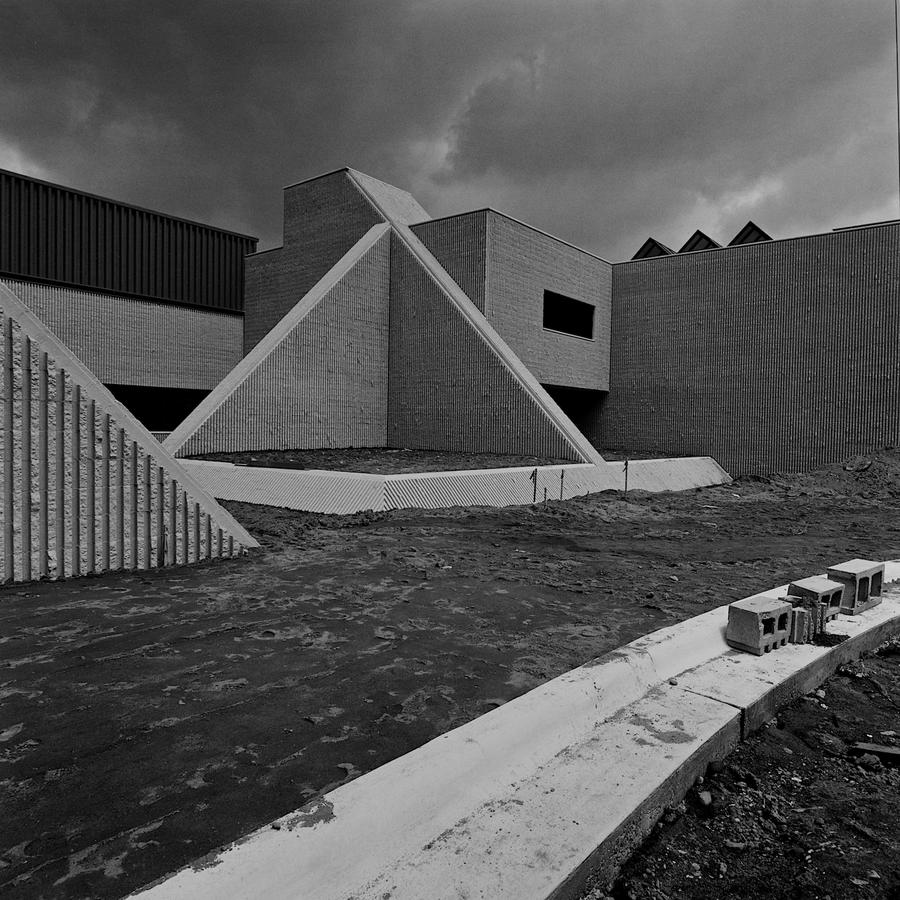 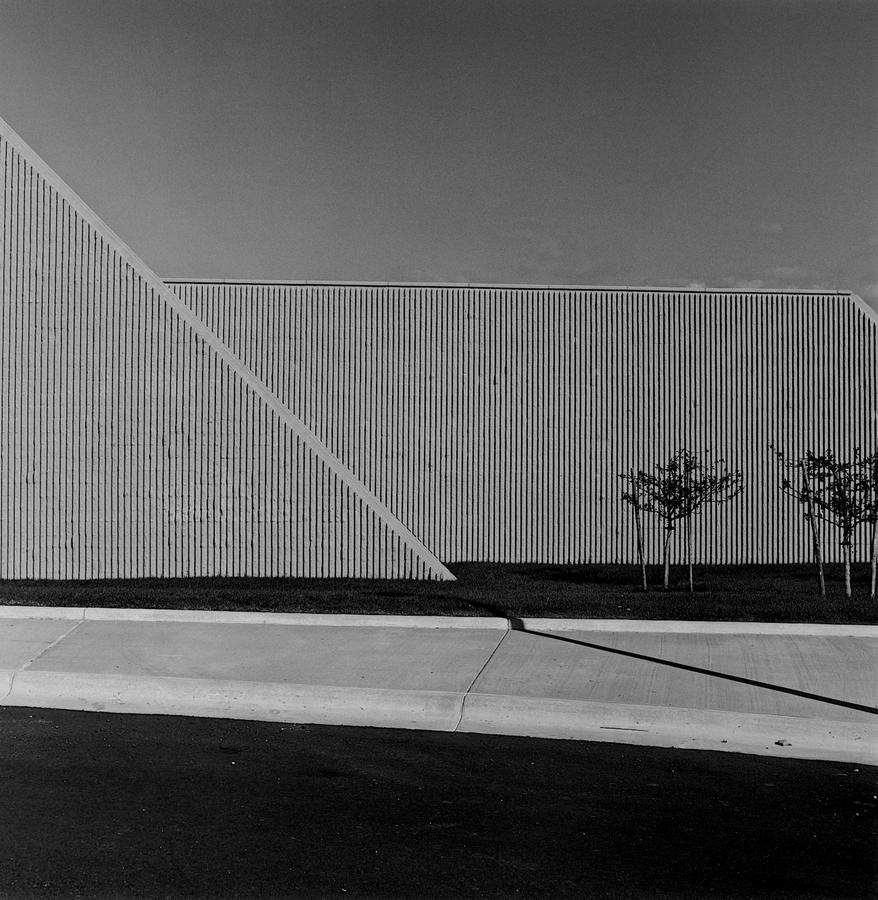 It is a fairly common thing for me to do, for the last picture to relate back to something earlier in the series, and in this case this is the same wall shown first in the second picture in the series

Odd, but I don't have a great deal to say about these (what, me at a loss of words?).

Except this: throughout my career I have run across pictures that have become significant and historical only because of when they were made. These of the JC Penney facility seem a little like that to me. I wasn't thinking historically when I made them, I was simply motivated by my anger at something very ugly displacing something older and of real aesthetic value, or so I thought. But now over thirty years later these pictures speak to what looks like to me an 80's American sensibility which is characterless and is devoid of humanity.

Want to comment? Nothing easier. Write me an email.