My term for photographs made as single pictures, not referencing other works, made as "stand alones".  Sometimes made while making "series work" but often just coming on their own. I have made a boatload of them over the years.

We'll look at a few, chosen at random.

Let's start off with this one, made in 2009 while photographing in Italy for three months, not far from Bologna near a little town called Marradi: 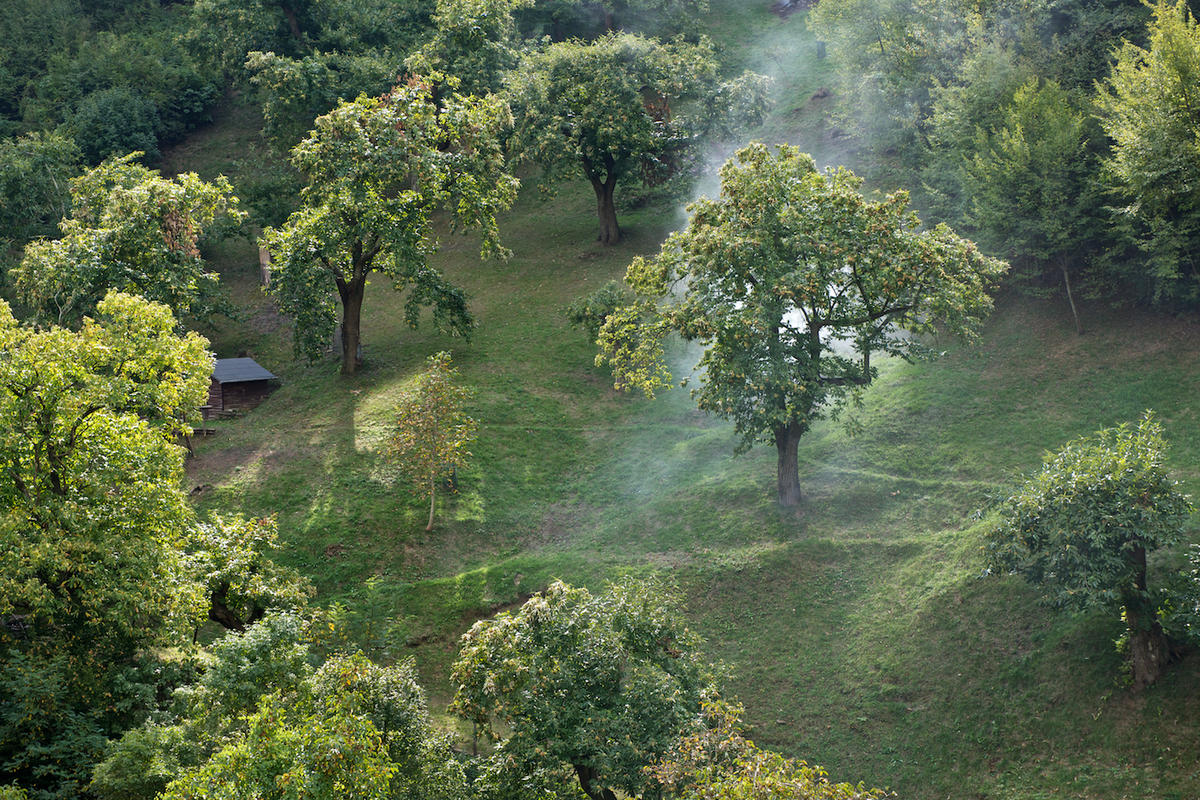 Driving up the valley, stopping to look across to the opposite hillside, a farmer burning off dead branches from his chestnut trees, smoke filtering up to remind me of the smell of burning leaves in the fall as a kid growing up in southern Connecticut, the green intense and the sense of being in paradise inescapable, the only sound the crackling of the wood burning in the fire behind the tree. Caught in a timeless beauty that felt like it went on forever. Knowing even though many wonderful things have happened to me in my life that this one moment, this place was one that was special beyond all the others, just before heading to have lunch with my trainer's parents in Marradi, three Americans meeting in a small Italian hill town. 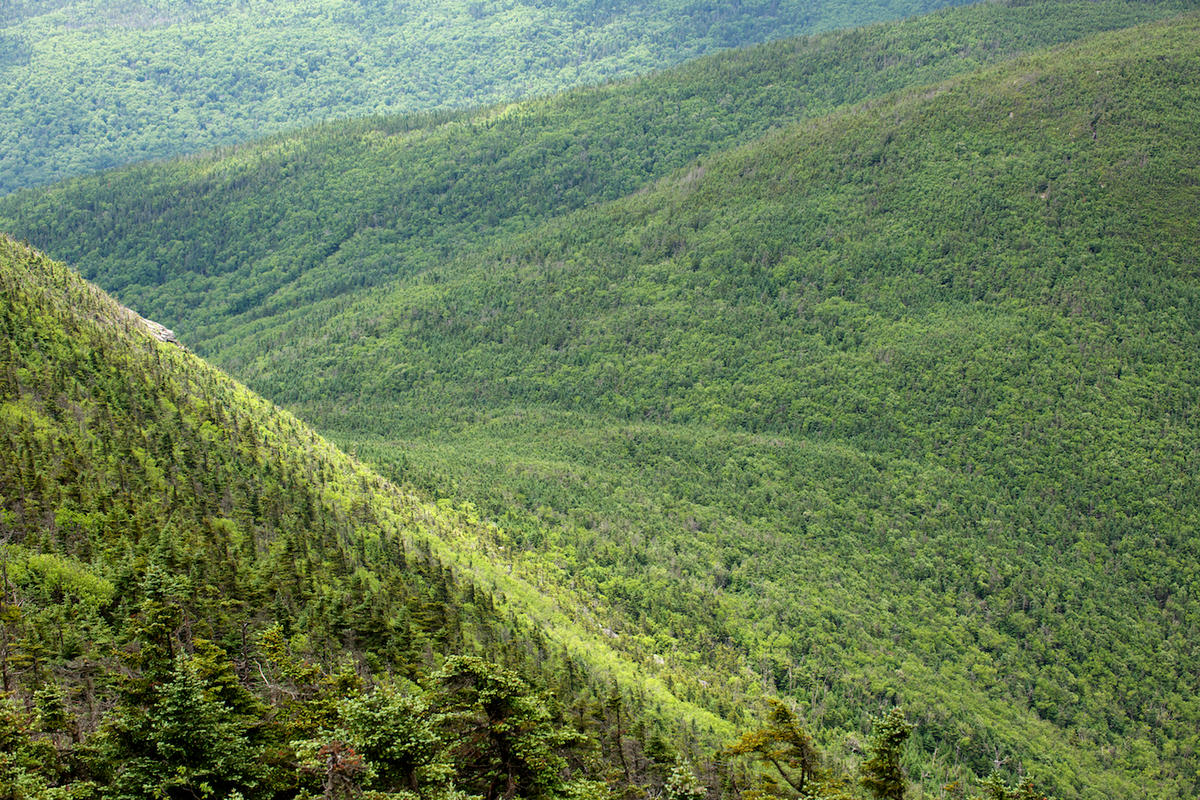 From the top of Cannon Mountain in NH

Ride the tramway to the top in the summer and hike up to the observation tower. Climb the stairs to the top and head for the very farthest right corner on the observation deck and wait for a moment when there are no people shaking the deck with their footsteps. Trip the shuter, the camera being on a tripod and jammed tight against the railing to hold it steady.

I have probably made this same picture fifteen times over fifteen seperate trips to photograph. 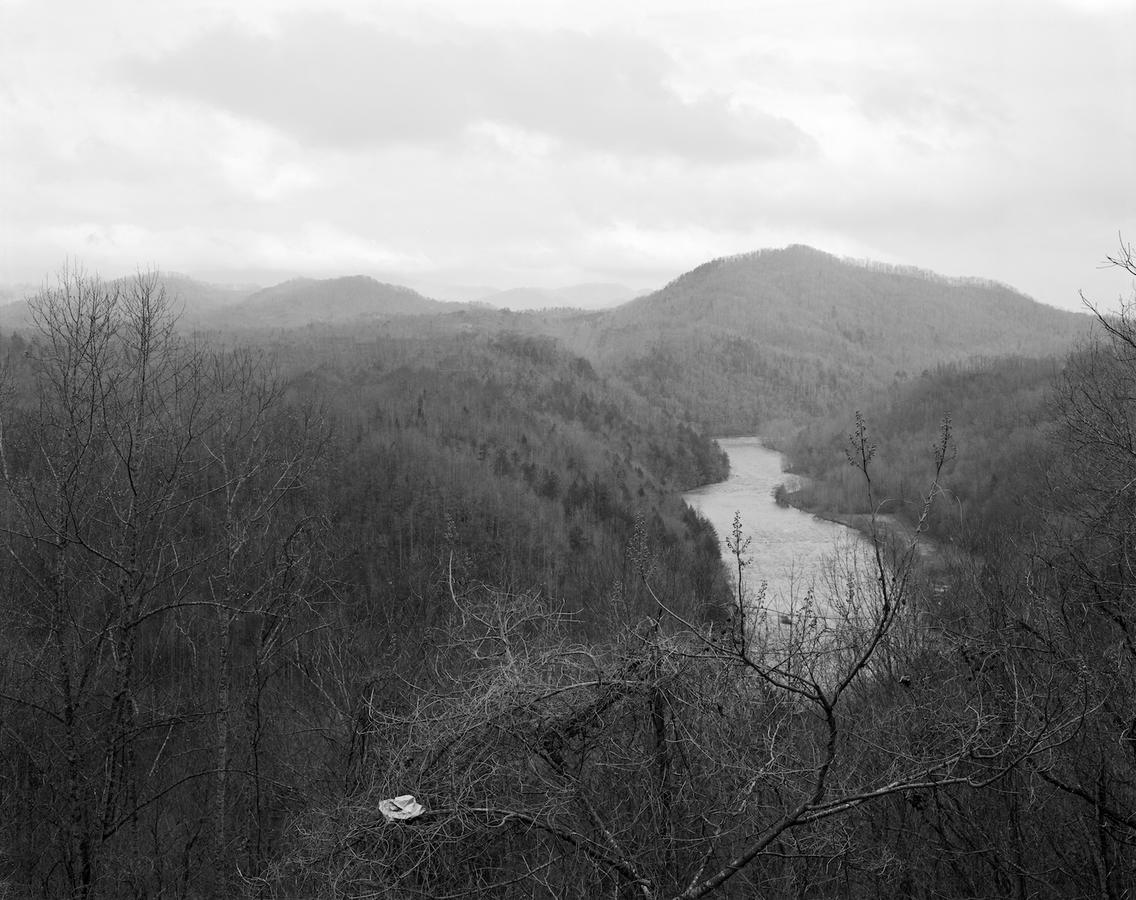 While an artist-in-residence at the Applachian Envronmental Arts Center. Made in  8 x 10, a brown paper bag caught in the branches off the side of the road. Spent three weeks driving through this kind of country, listening to a new album by Joni Mitchell, probably a couple of months before the foliage came in. Dark and ominous sky, dirty looking hills in black and white, the 8 x 10 negative conveying vast amounts of information and showing an extraoridnary transparency to the air that we look through. 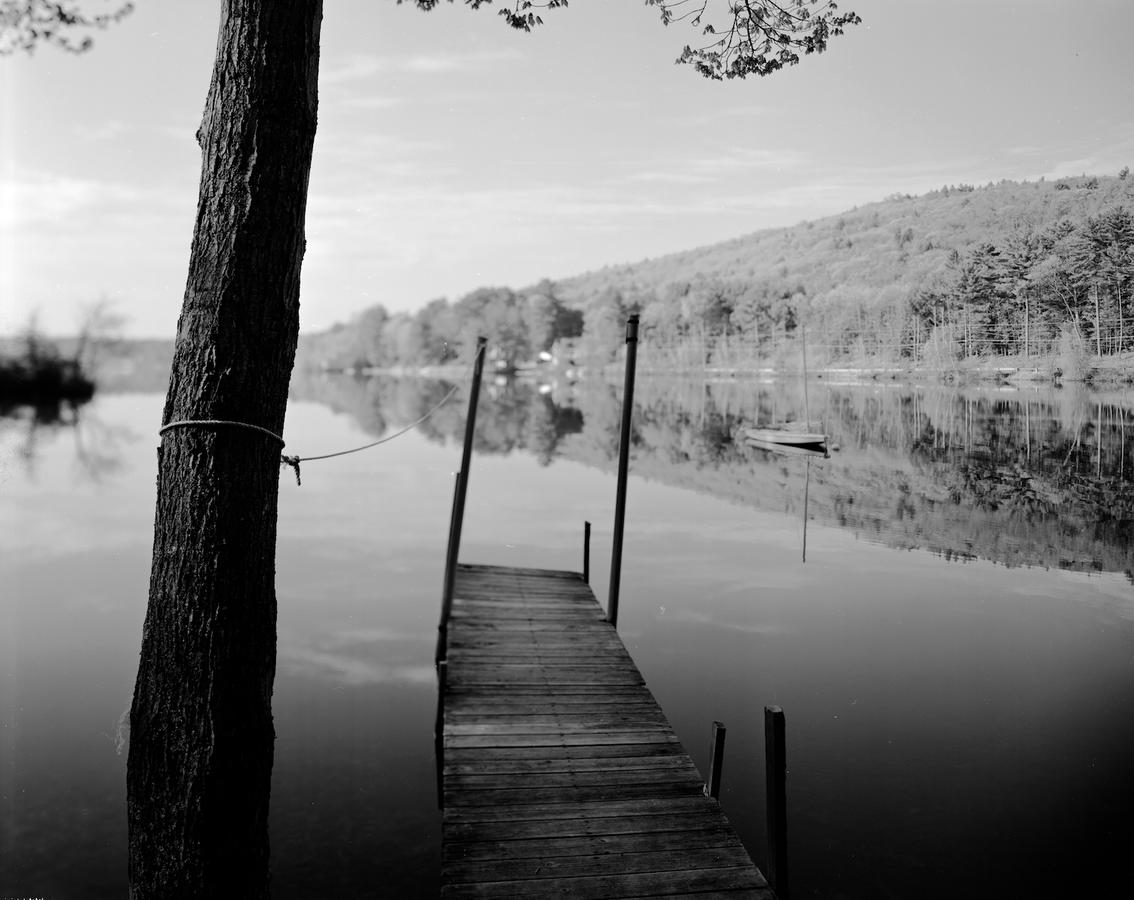 Also in 8 x  10, playing with sharpenss through space, swinging the front of the view camera to prescribe a thin slice of sharpenss from the left tree trunk along the rope to the left side of the dock, to the sailfish in the water to the oppoite shore. Why? To own the picture, to suggest what the path through it is. To determine emphasis to things, to direct the picture, to de-emphasize parts less important. 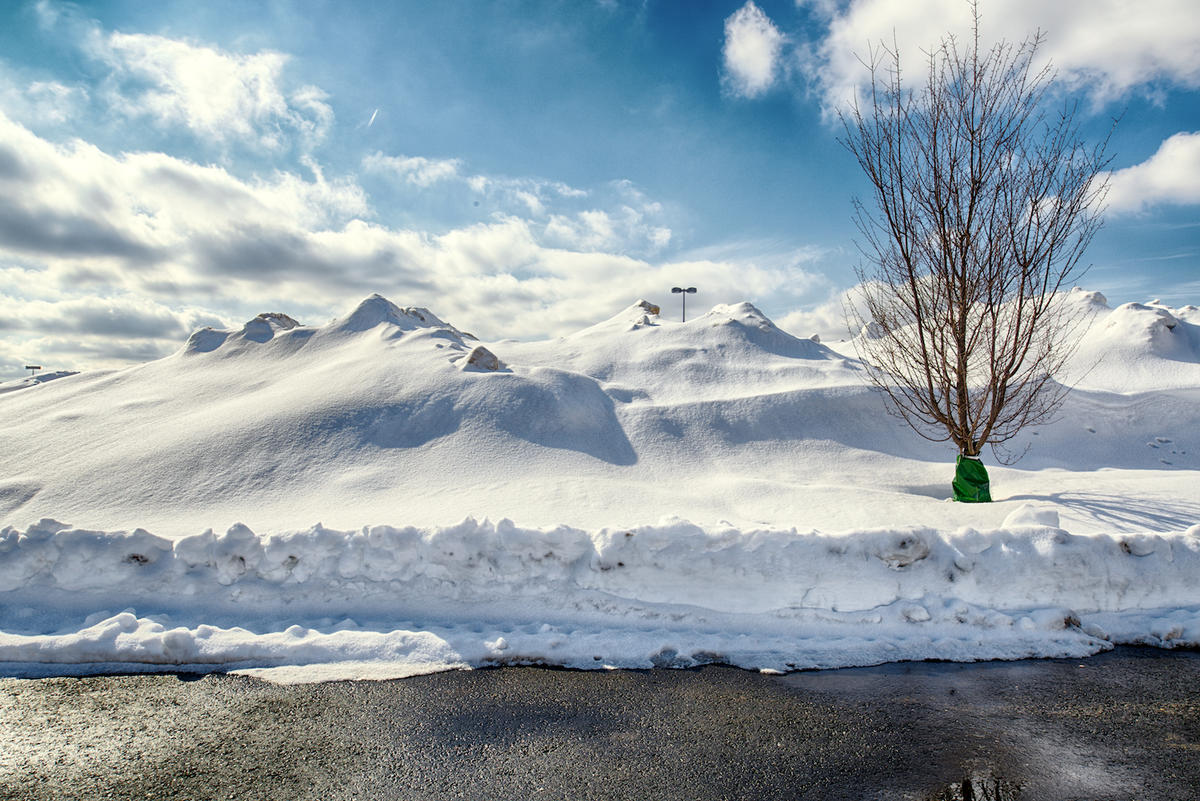 During our most amazing of winters in 2015 in New England with actual mountains of snow piled up in mall parking lots.

Photographs that sit outside of mainstream work. Found as gifts and realized as part of an overall practice that relies on a lifetime of seeing with an acute and trained awareness of a thing's potential to become a picture, to be art.

I used to carry around a box of 14 x 17 prints. I would show it to anyone that would look. I still have the box, battered and beat up. 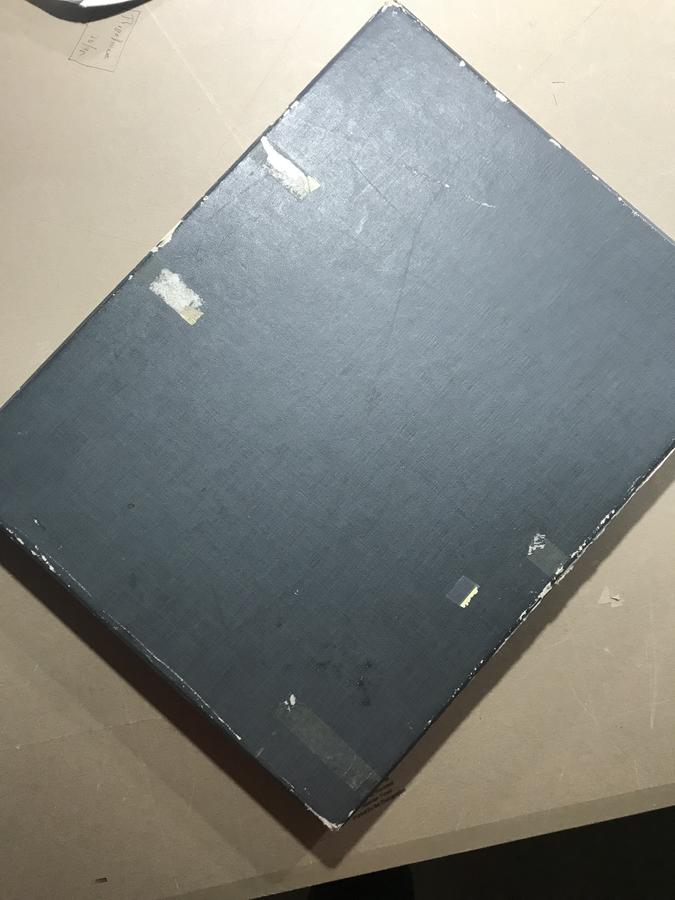 In it were black and white prints from all over. No "series" or precisely edited photographs, just images that were interesting, indicative, current, or on my   mind at the moment. Europe, American West, South, New England, Martha's Vineyard, Canada, Cambridge (where I lived), mostly 120mm but some 8 x 10 too, maybe  40 or 50 prints. The idea was that the imagery was informed by some overall aesthetic, a demonstration of interests, perhaps, as much as by what it showed. Trying to blur the distinction placed by viewers on place or subject and my intention to draw away from that.

I sometimes feel as though I've spent my whole adult life photographing in Italy. Read more