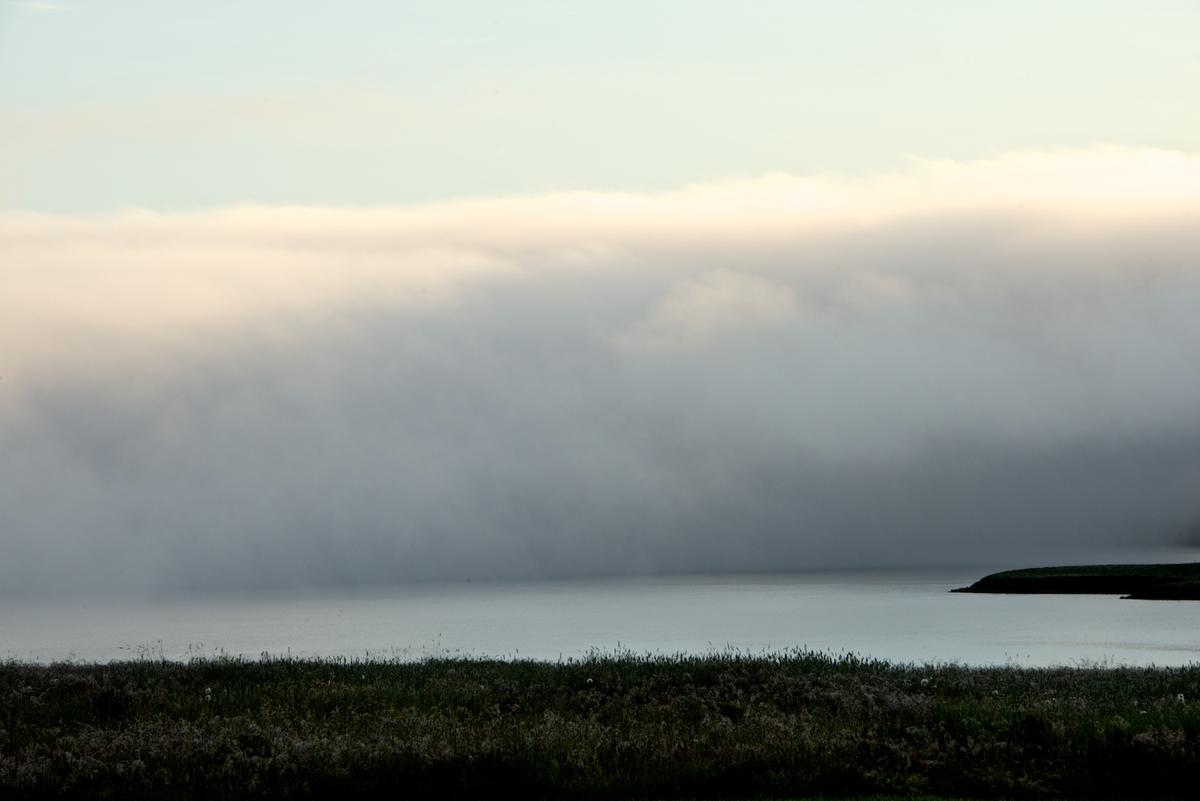 Note: Apologies for not posting in the past few days. We lost internet service here in Iceland for a few days. We are back up now, obviously, and so I am putting this one out written late last week.

If you've been following my posts lately you know I have been in Iceland at an artists' residency for all of July. It has taken me what seems like a long time to get to something here. That would be "less".

Ever just sit someplace with a camera, watch things stay the same and also change right in front of you and take a picture from time to time? What do those pictures do, what are they about? Well, partly they are about where you are, what the camera sees of the landscape in front of it. But those pictures are very much about the subtle differences between each frame, how the light modified the subject or something was now in the frame that wasn't before. This characteristic of photographing something thought of as being largely insignificant and prescribing big time importance to it is a thing I care a great deal about but it is truly almost impossible to pull off.  Again, if you've been reading these, I showed that way of working in the post: Simple.

But"less" is different. It is about the realization that photography is a hugely comparative language. That in order for something to look big, for the most part, it will need to be paired with something small, that, in order for something to appear blurry it needs to go with something sharp, and so on. If you want to reduce the frame down to almost nothing, in effect, to put "less" in the frame yes, obviously, you need an area that is blank but then what you put in there and where you put it becomes hugely important. Mahala Magins, the Australian painter I profiled a couple of weeks ago, has been working with that concept while here. She has been painting gray and white and blue rectangles that are almost nothing. Of course, then what happens when you look closely is you find a paint drip, a variation to a line, something about the way she's put a box next to a box and the small becomes huge in importance. This reductive way of seeing lends itself to here in this spare, glacially carved out landscape in Northern Iceland where trees are rare and you can just sit and watch the weather and the time of day completely transform the landscape in front of you. The word that keeps coming to mind for me is "essential". This then can be an almost meditative way of working and has been hugely rewarding for me. 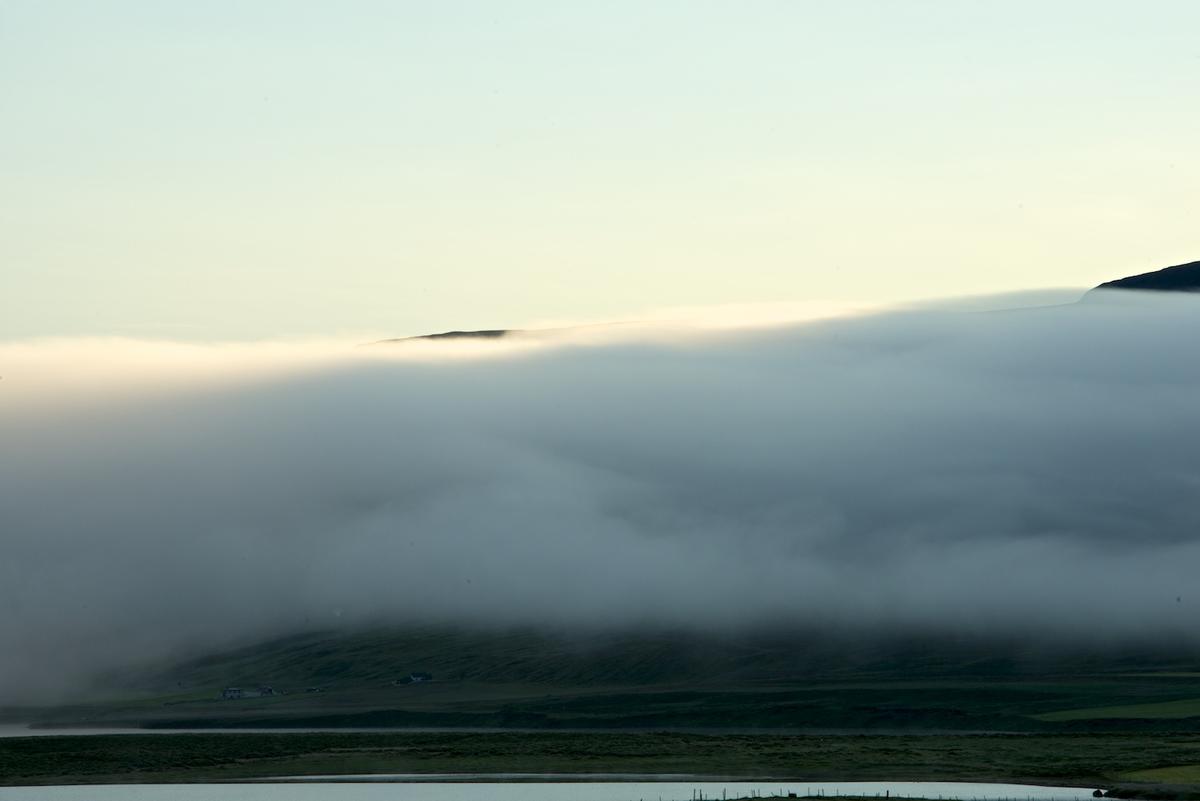 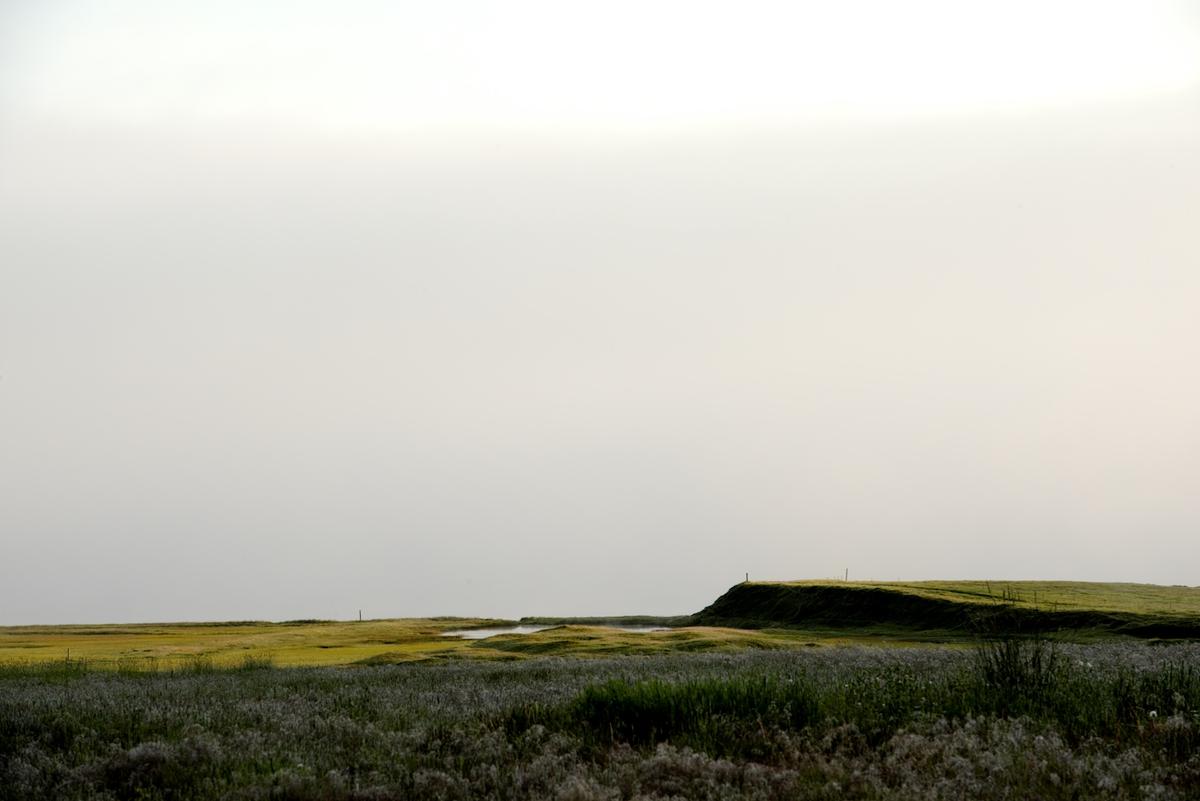 These were taken the other day at about 5 am. You can't really say "dawn" here as it had been light for hours before I made these but the clouds were beginning to clear off after several days of fog. 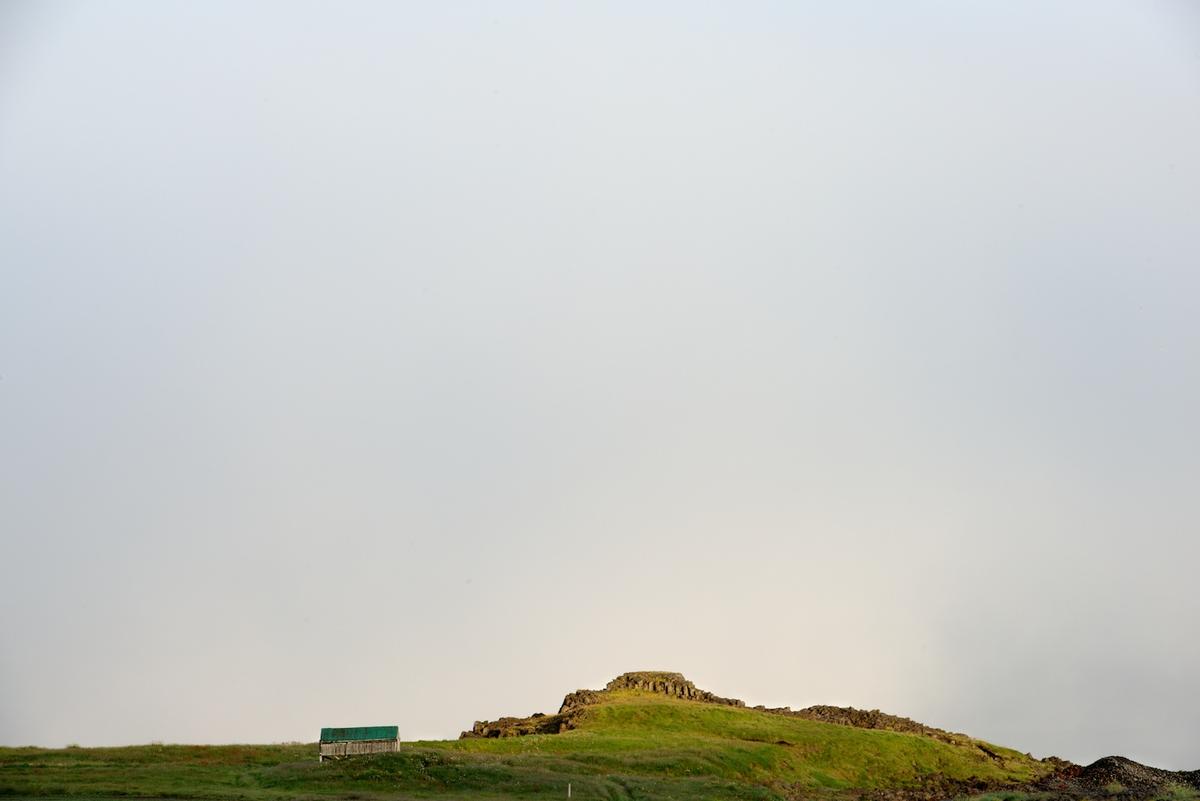 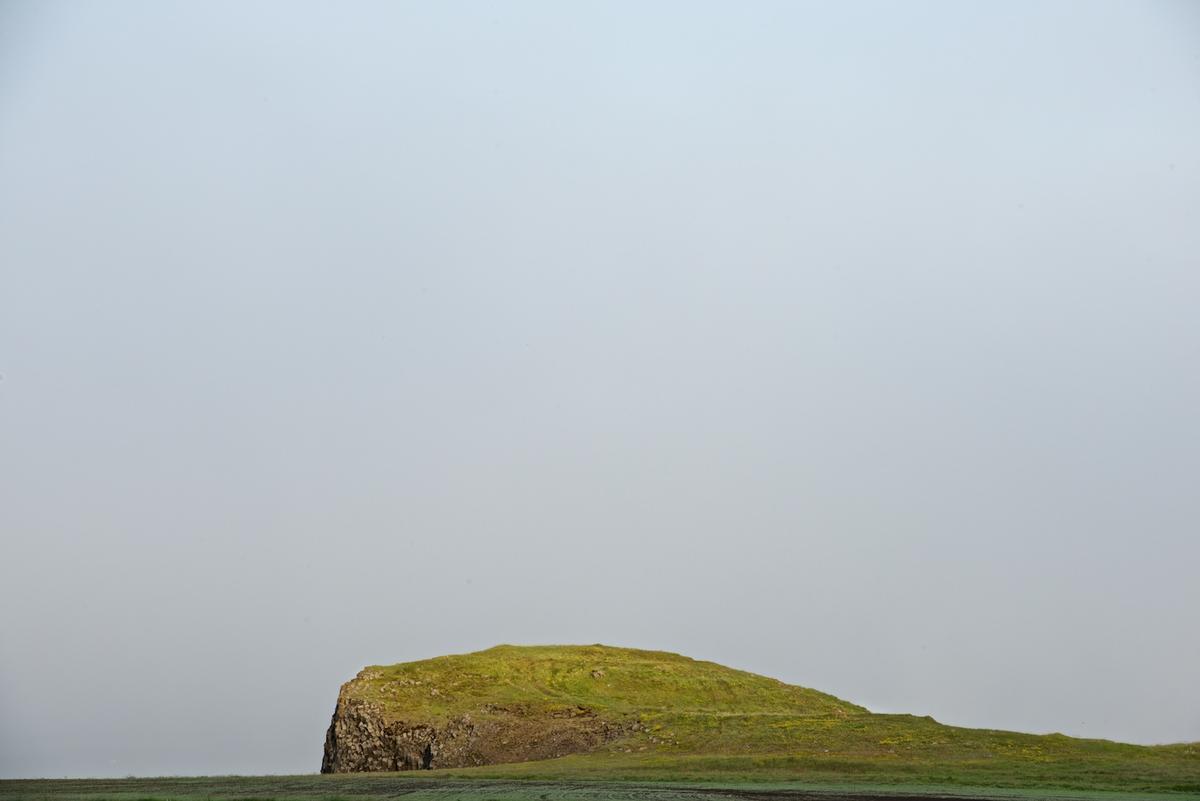 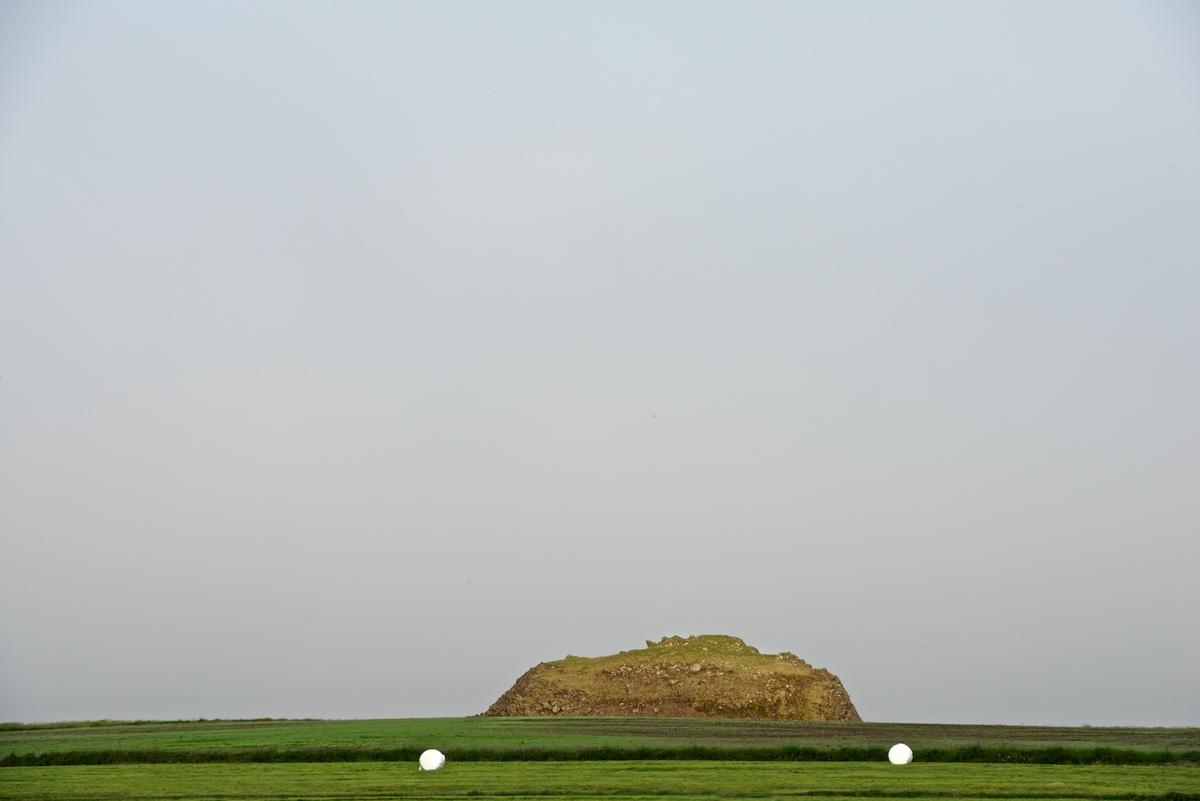 Say you and I are sitting next to each other in front of this or some landscape like it, some ground and some sky and very little else. And you turn to me and ask,

What do you do with this?

My answer would be: 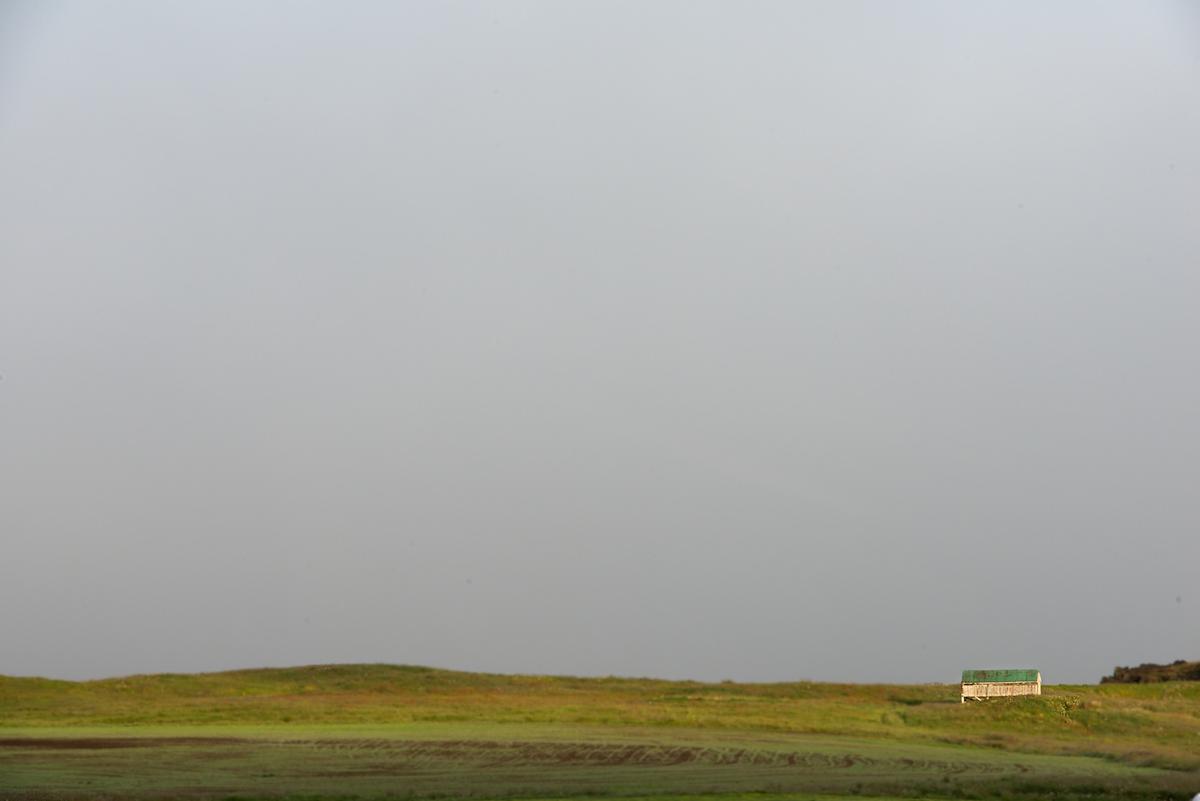 One of my all time best freinds was Rob Gooblar, who died years ago. We would go on summer-long road trips together in the 70's and 80's, long journeys of thousands of miles with our love for photography in common and a desire for new things to see and new experiences to have. Often when he'd come back from photographing something really wonderful he had one word he would say and it would come out with a lot of breath and conviction, like he'd just been somewhere and he'd seen things.