It's easy to stay humble when confronted with the issue of applying for a Guggenheim Fellowship. The subsequent rejection six months later also helps. At least it is for me as I have applied multiple times. It is a system that beats you down pretty well. Your ego would like to tell you that you are a major player. The rejected Guggenheim proposal has a way of confirming that you are not.

I applied last year, with what I thought was a strong proposal. In retrospect, of course, it looks flawed. My application is much simpler this year. Imagine being a reviewer. The panel considers about  4000 proposals. I want funds to carry out plans to photograph. Iceland, northern Scotland, coastal Italy... I want them all. It is "Please award me funds to allow me to go to these places and photograph, aerially and on the ground." Simple enough.

Going through a desk drawer just now, irony of ironies, I found this: 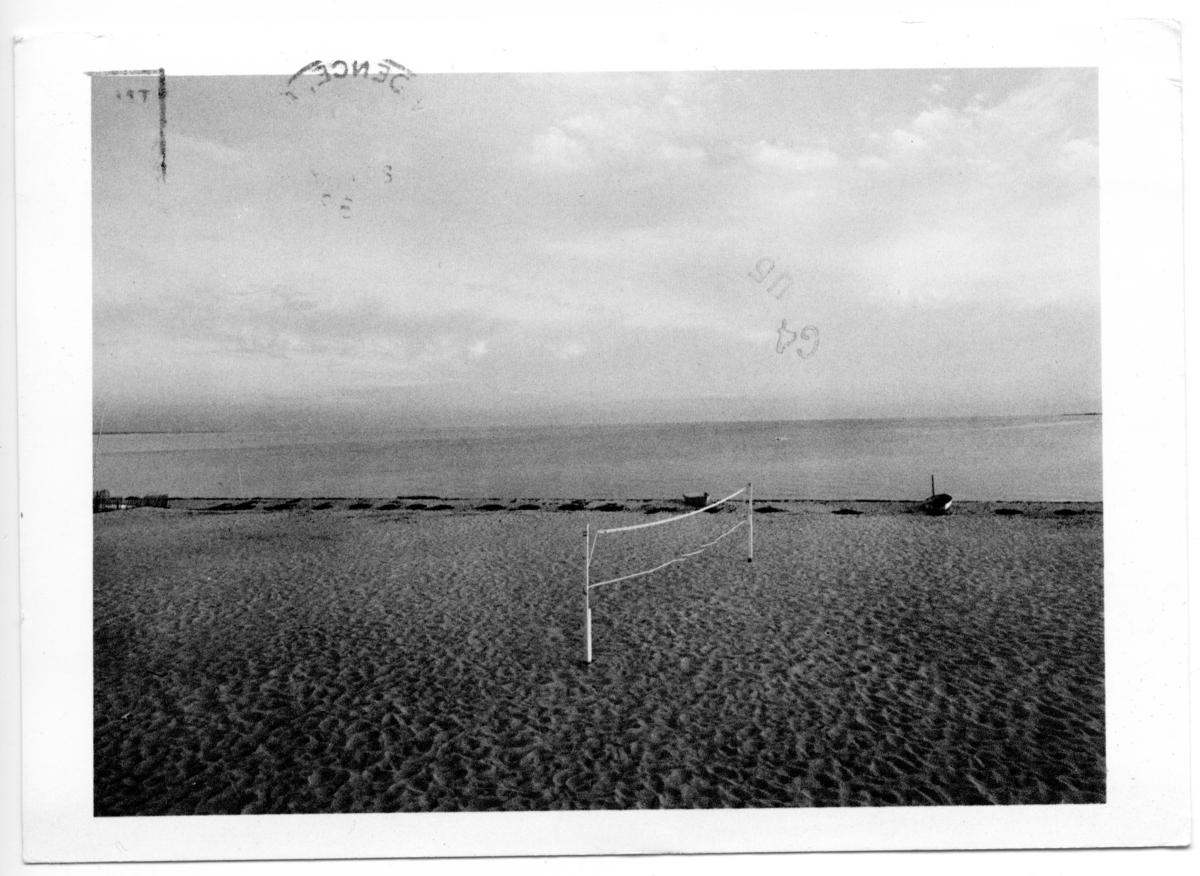 a postcard of Harry Callahan's, a photograph of an empty beach he made in 1972 on Cape Cod. Incidentally, he made his well known Cape Cod pictures while I was a student of his.

Harry wrote this on the back: 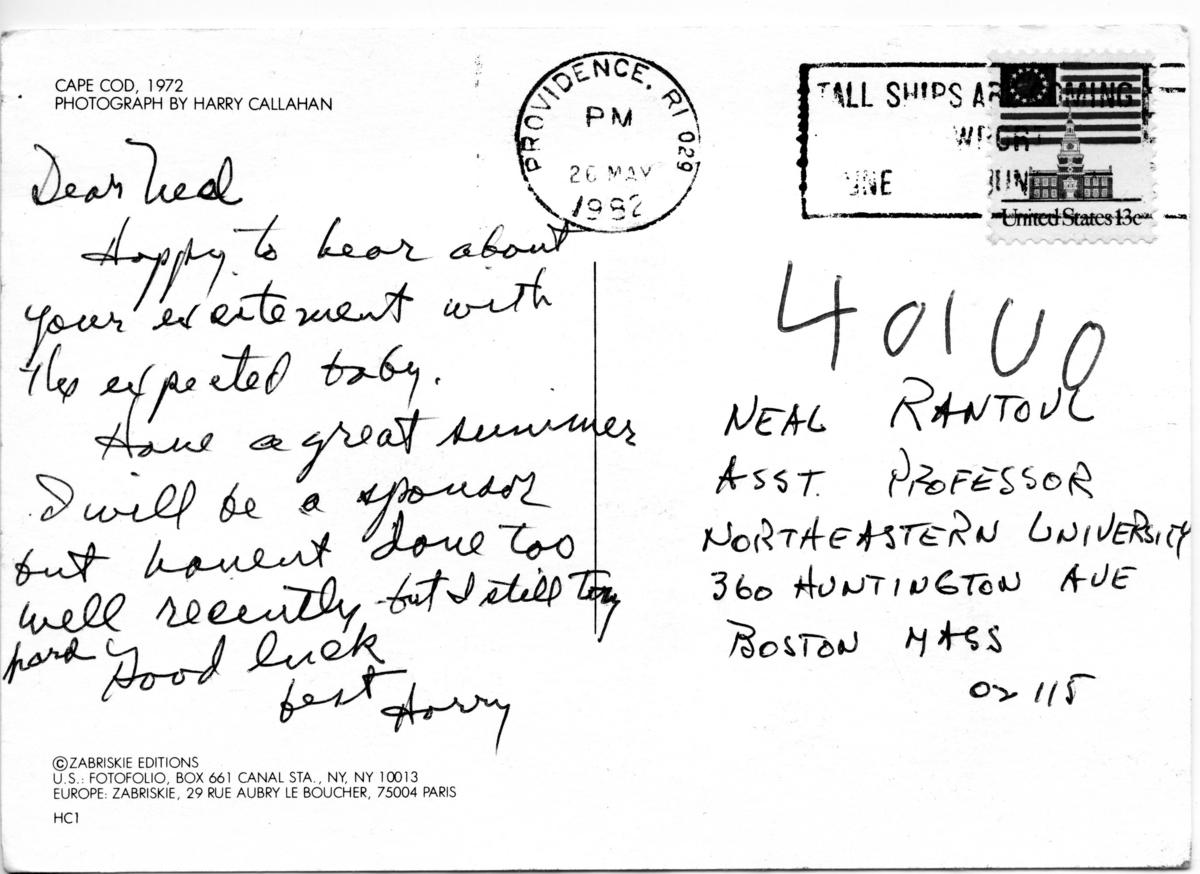 For the Guggenheim you must submit the names of four people who will write on your behalf.

I wrote about Harry's sponsoring me in another post, after I received a card from him ten years earlier:

Why subject myself to multiple defeats? Because I believe my work is worthy. I am photographing well, have great ideas, wonderful skills developed over 40 years of making pictures, and, although I am old, I am able physically still to do pretty much anything I want to. Finally, I believe I am making a contribution to the medium of photography that is significant.

The Guggenheim application is due September 19, not so far away. I have been revising it and losing sleep over it for several months.

Am I hopeful? Yes. Am I resigned to failure? No, but I have a thick skin and will survive another rejection. Will I apply again? Every year I say I won't but then I do.