It might even be the biggest we have as photographers working digitally. I know it was huge when I was teaching. How do you edit the work? How do you deal with a large quantity of images? How can you be effective and consistent when confronted with hundreds or perhaps thousands of images you've created? The ratios are staggering. An example: usually when I go up to shoot aerially, I hire a pilot for a one hour flight. In that one hour I typically take about 400 pictures.The final portfolio that results from that one hour flight needs to be under 25 prints.

This is a large enough topic to warrant several posts. Before I go into how I work with over 400 frames at a time let's go back a bit and look at the older and more established workflow from analog days.

I had a couple of ways I dealt with many pictures. In roll films which, for me, was usually 120mm and occasionally 35mm, I made contact sheets. Often I would set up the darkroom for just a session of getting myself up to date on making contact  sheets. I wouldn't worry too much about too dark or too light or too contrasty or too flat. I would simply make the contact print so that the most images on the sheet were viewable and reasonably exposed. Contact sheets were a compromise, of course. After a session like that I would usually bring them home with me. At home, with a beer in hand, I would sit in a chair and look at them with good light over my shoulder and maybe a magnifying loupe to see them better. Over several sessions I would mark off with a Sharpie pen the ones I wanted to print. These would then serve as the guide for printing when back in the darkroom. Remember the contact sheets were the first time I was seeing what pictures I'd made as positives, close to what they would look like when enlarged. 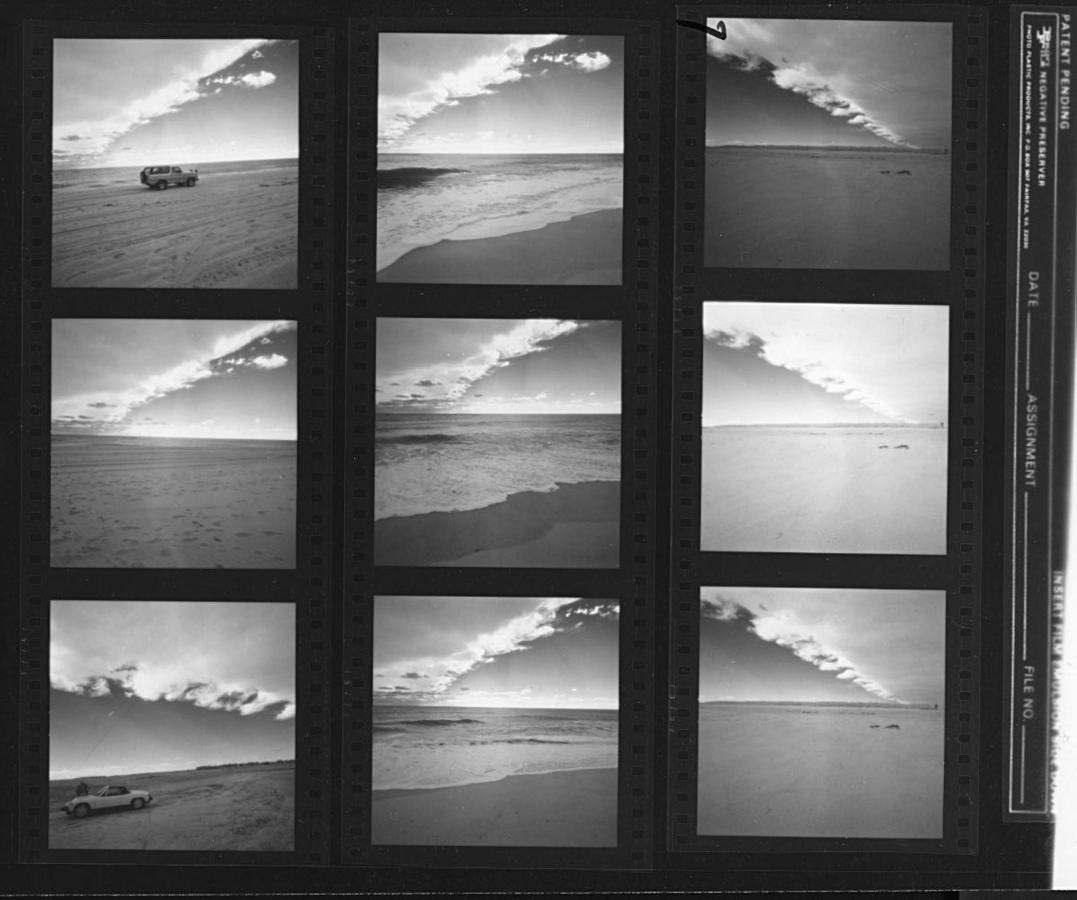 Sound systematic? Well, it was. My whole career I have made a huge quantity of pictures. I had to have some way to edit these down into a manageable number.

In the mid 80's I started working in the 8 x 10 format. This changed my "proofing" process quite a bit. For the first few years working this way, I made contact prints of each negative that I developed. This was because I had no 8 x 10 enlarger. 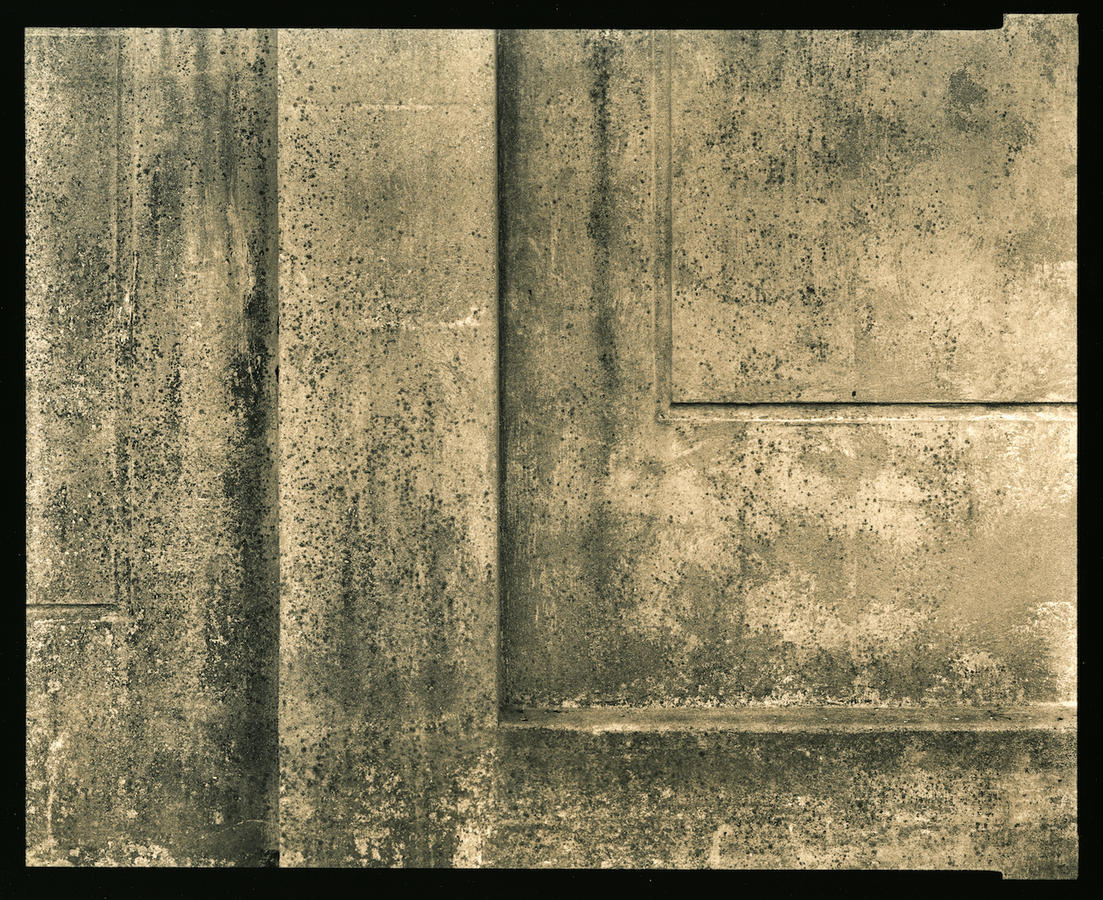 You can clearly this in the example from the series "Mount Auburn Cemetery" as the shape of the negative along the edges tells you it is from 8 x 10 film. So, from these contact prints from the big negatives I would move on to making the final prints, as contact prints. This changed when I started enlarging the 8 x 10 negative a few years years later and, to be truthful, I seldom contact printed the 8 x 10 anymore. It was so big I could read it well enough by placing it on a light table.

All of that system worked reasonably well as the years flowed on. I was working in black and white, I had a manageable system in place, I could edit a roll or several rolls of film down to a reasonable number to print, or take a day's shooting of 8 x 10 film of 15 or 20 frames and print the ones that worked. I would store the contact sheets made, sometimes with notes on them, with the developed film. I wrote printing notes on the plastic sleeves used to store the negatives right over the frame printed so that if I needed to print it again I'd have a head start. 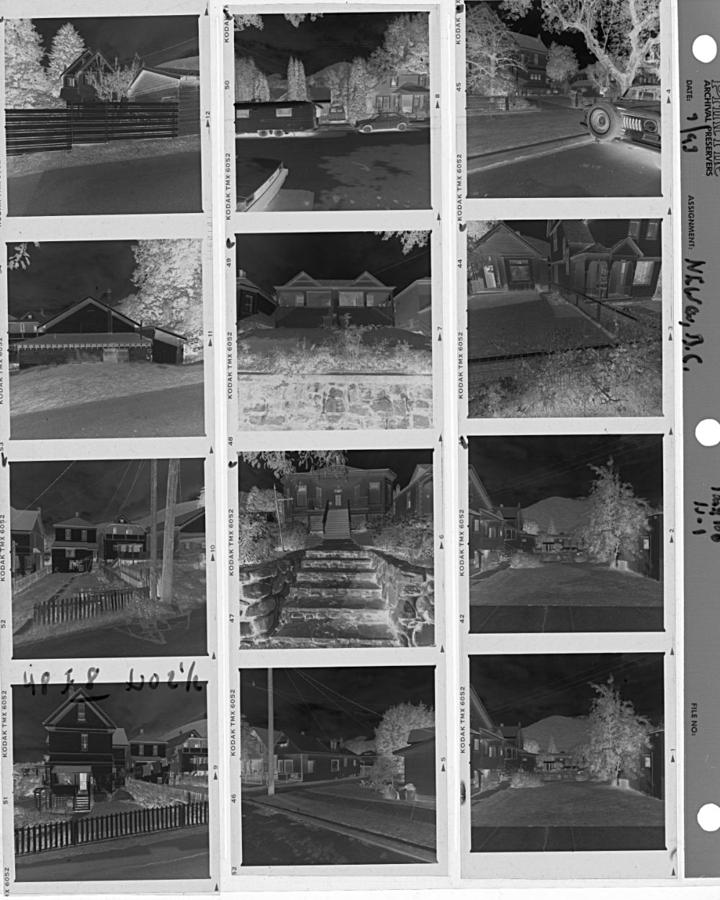 #9 was  48 seconds at f8 and using a # 2 1/2 filter. This meant I would expose the paper for 48 seconds, having set the aperture on the lens on the enlarger for f8 and would have put a  #2 1/2 magenta colored filter into a filter drawer above the lens to control contrast. That was he baseline for making another print later.

Final note on analog editing: somehow it all looks okay to me: manageable, a serviceable system. In Editing 2 I will bring us into the "threshold " years, that time when many of us were working in a hybrid manner. While still shooting film and processing it ourselves, we had begun scanning our negatives, working on the files in early versions of Photoshop, towards making some sort of print and, within a few years, inkjet prints.

Stay tuned, as it should be riveting.