Chaco Canyon. Ever been? Know where and what it is? Chaco Canyon is Anasazi Indian ruins about a 3 1/2 hours drive due west from Santa Fe, NM. It is is what is left of a large complex of dwellings abandoned by the Anasazi Indians as they retreated for unknown reasons in about the twelfth century. They were thriving, building, farming and then they were gone by the end of the twelfth century. A real mystery. Theories abound with the most plausible being a drought that forced the tribe to head north, to become nomadic after more than 500 years in this one valley.

I've been many times and have even spent the night there, sleeping under the stars. Made pictures there too. 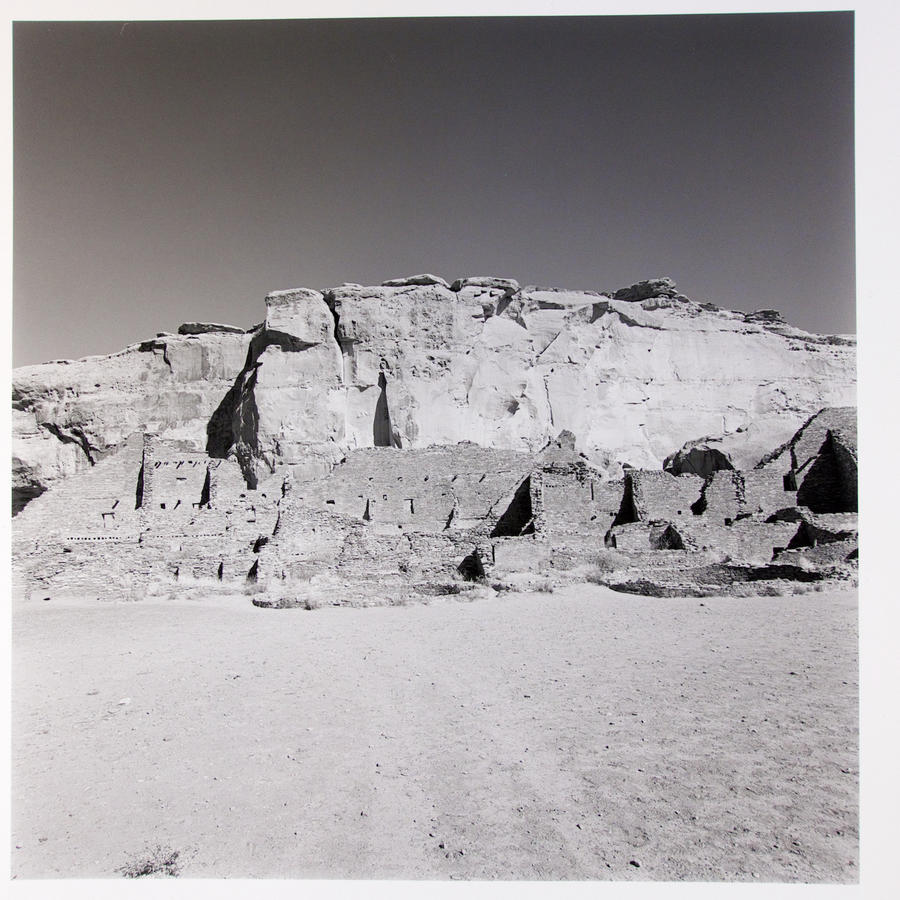 My series starts off with this one of the large great house called Chetro Ketl, but quickly leaves it as I headed up a trail that carves through the cliff face to arrive at the top looking out on the canyon below and the plateau above it. 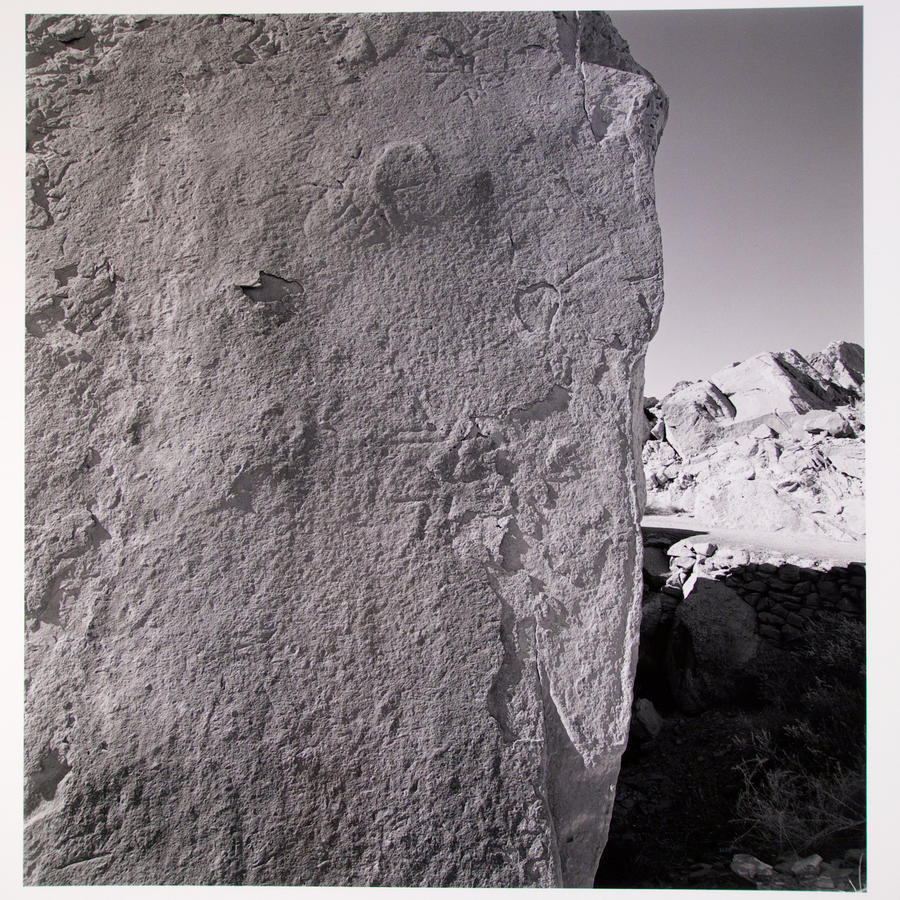 Chaco Canyon is strikingly beatuful, accessed by traveling on a dirt road that closes when it rains, hidden away in a valley on a plateau in the desert. It's a mysterious place, filled with ghosts of a time long  gone, of a vibrant community and highly civilized society that simply left and vanished.

Let me provide some context. I made the Chaco Canyon series in 1998. This series came a couple of years after I made the Portland, Maine series (here) and a year after the Oakeksdale Cemetery one in 1997 (here). I was back in the business of making series work after a spell of 12 years or so. I'd concentrated during those years on working in 8 x 10.  That work was far more incidental (individual photographs intended to stand on their own as opposed to sequenced and ordered bodies of work). This was a very prolific time for me as the Oakesdale Cemetery series introduced me to many new ways of making pictures in sequence. My idea behind what the narrative form was also changed during this time. I was seeking now to expand an understanding of a place into many pictures but also to be more directorial as well. Chaco Canyon conforms both to earlier ways of putting pictures next to pictures but also extends it by being a highly specific and intentional journey that was mine alone.

The full Chaco Canyon series is on the site: here 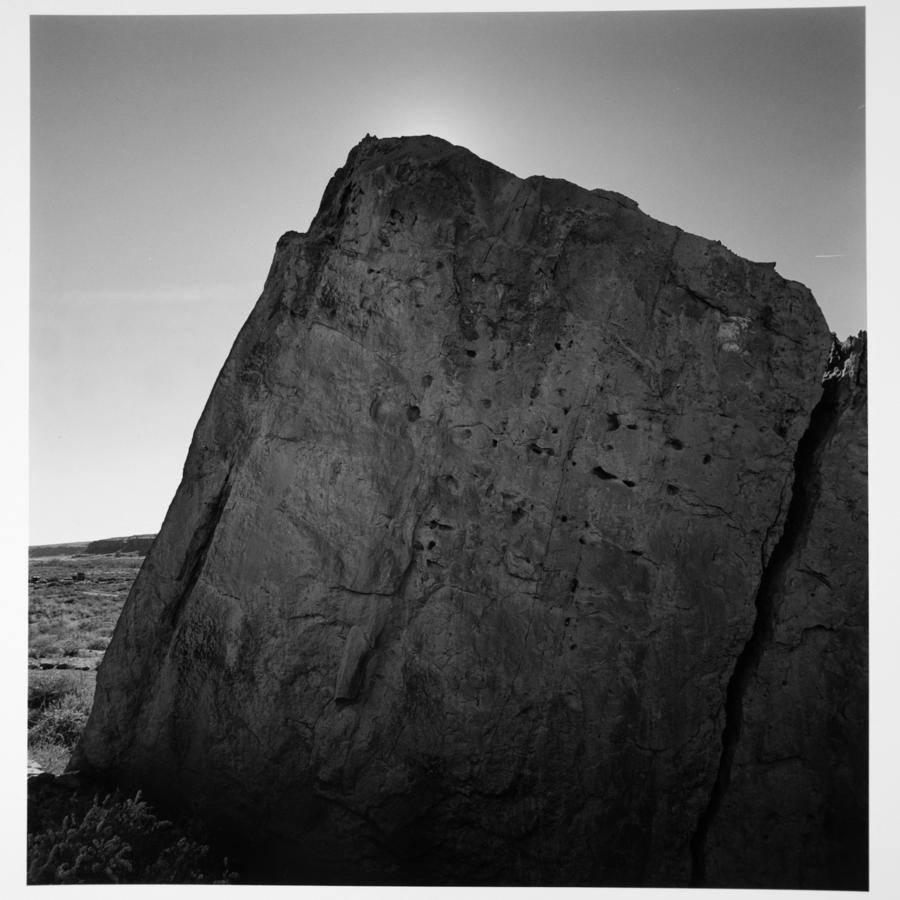 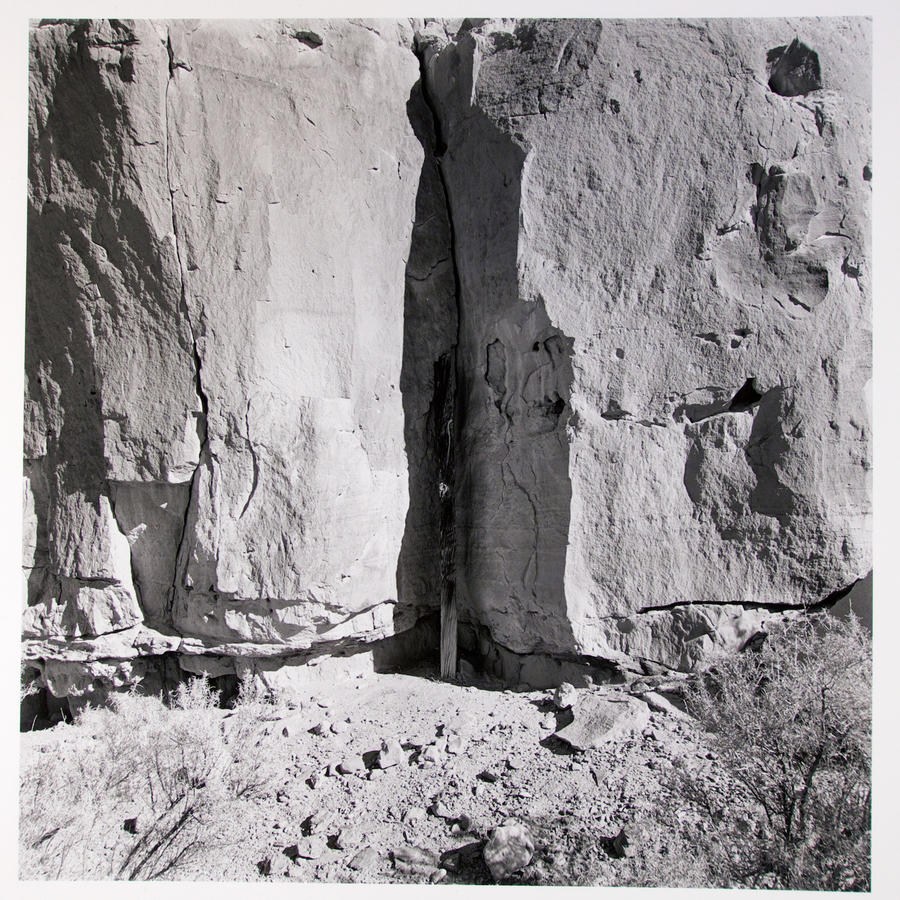 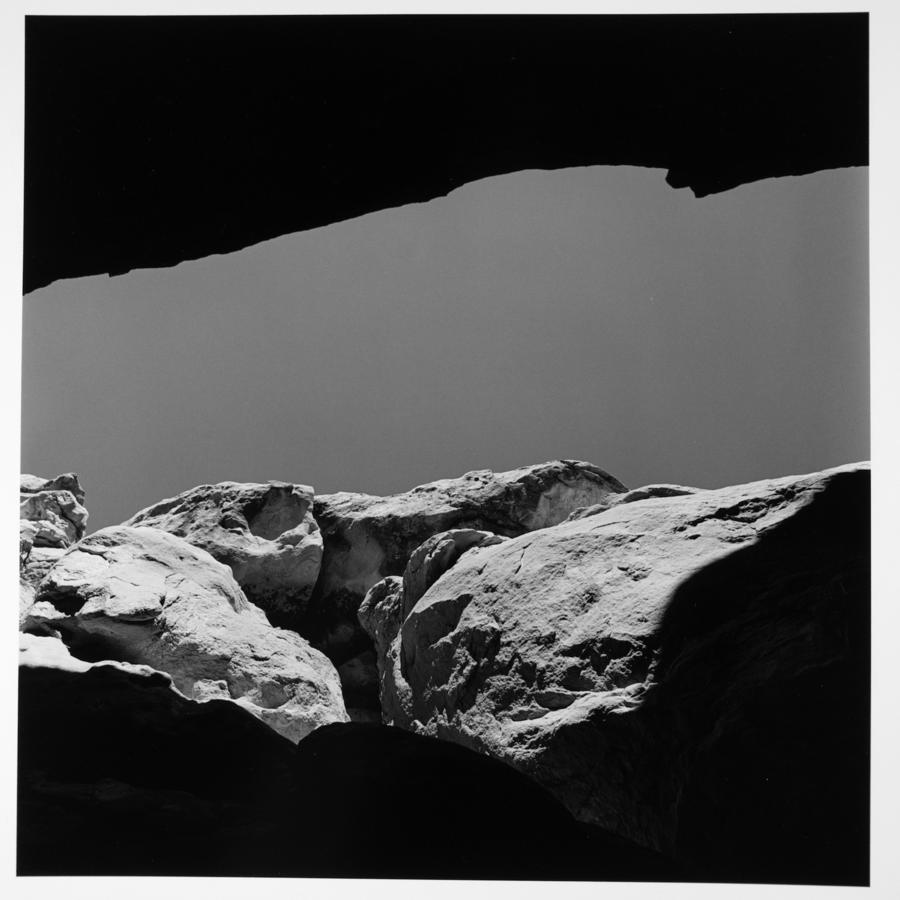 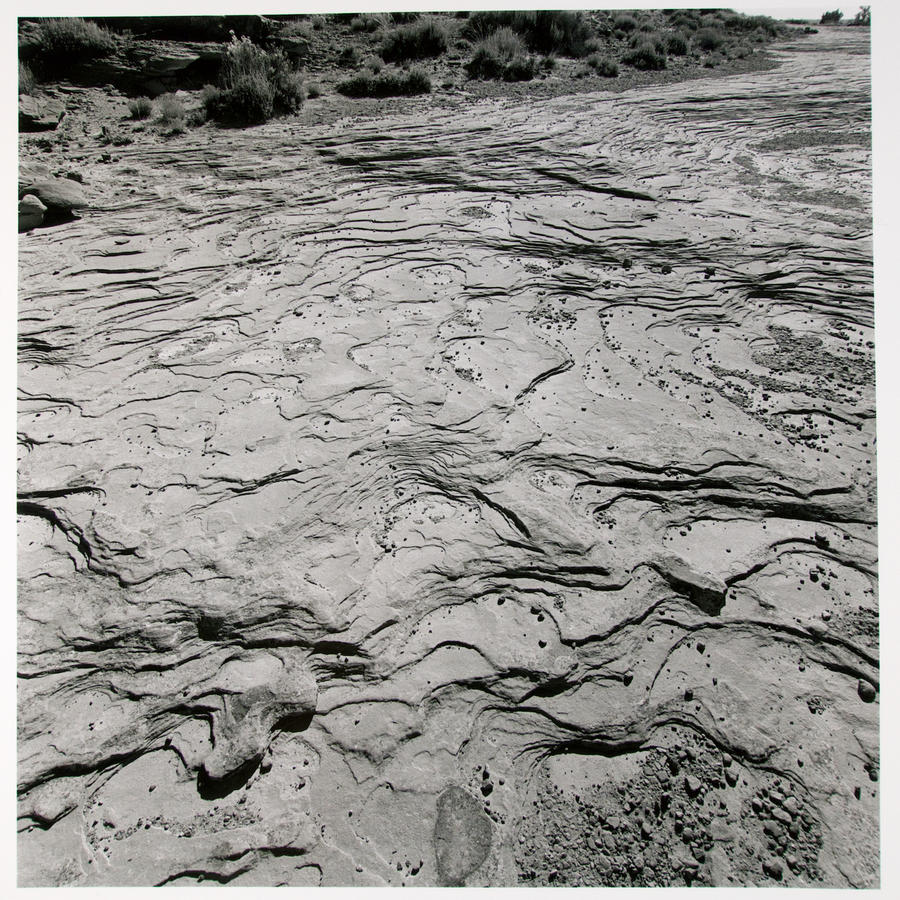 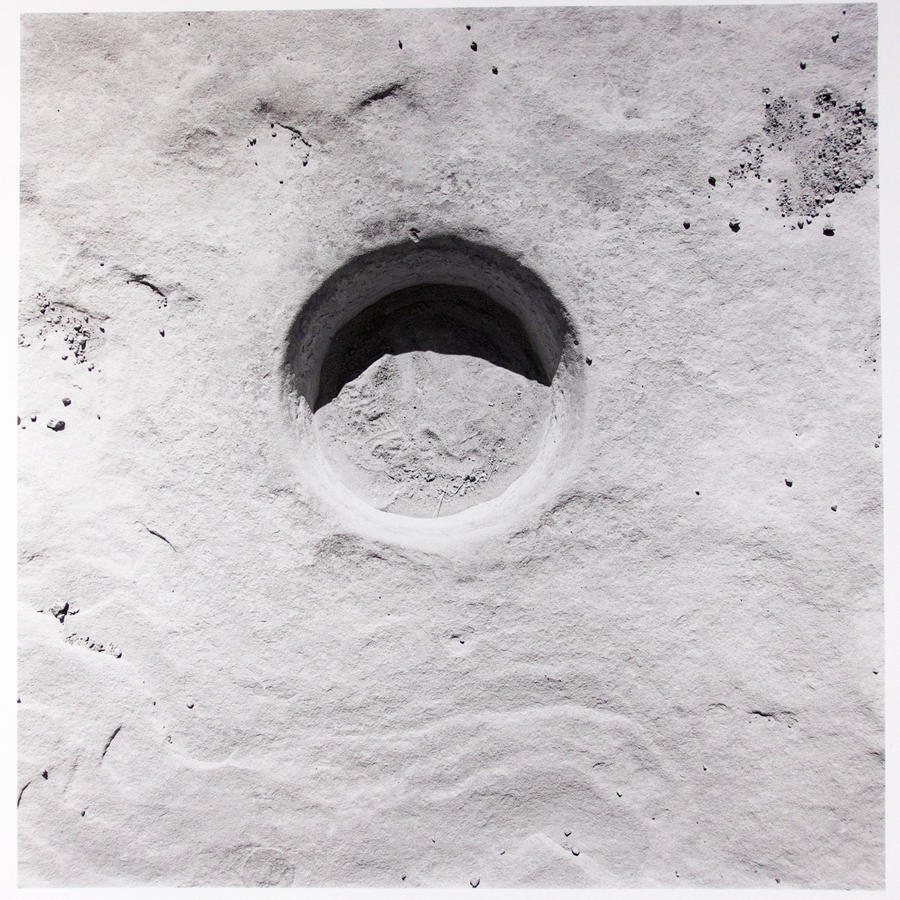 The series concludes with this picture above, carved into the rock floor of the cliff  above the Anasazi dwellings. I was photographing here on a far more subliminal level, trying to convey a sense of a past civilization and a collective intelligence that was staggering. Imagine leaving the home you grew up in but also the whole city around you leaving too.

For me the concept is to imbue my pictures with something of, yes, the place where we are, but also of our perception and emotional reaction to where we are. This is what is missing from so very much of the landscape work we see on line these days. I've written before about "special places", where we find some visceral and personal connection to some place where we are, whether it is something like Chaco Canyon, or something closer and more privately held.

I urge you, if interested, to come to  555 Gallery in Boston to see the prints.

As always, I am very appreciative of your taking the time to look at my work and to read my thoughts about it.