(My sincere apologies: the website has been down for a few days, due to technical  circumstances I was unable to control. Thank you for you patience.)

A couple of days ago we took the class to the site of where Black Mountain College had been, not far from Asheville, NC. It is now a boy’s summer camp but a few of the original buildings remain. My co-teacher in the class, Chris Benfey, has written about the school, which was started in the 1930’s. Chris brought us into what we were about to see before we left Penland, then gave us a little more background when we arrived. Names like Walter Gropius, Joseph and Anni Albers, Buckminster Fuller, Aaron Siskind, Willem de Kooning, Merce Cunningham, a young John Cage, Franz Kline, on and on surfaced in the conversation while we were sitting there in front of a lovely lake eating our box lunches. Evidently Gropius had designed a master plan for the campus in the 30’s and the primary building that remains is still there. 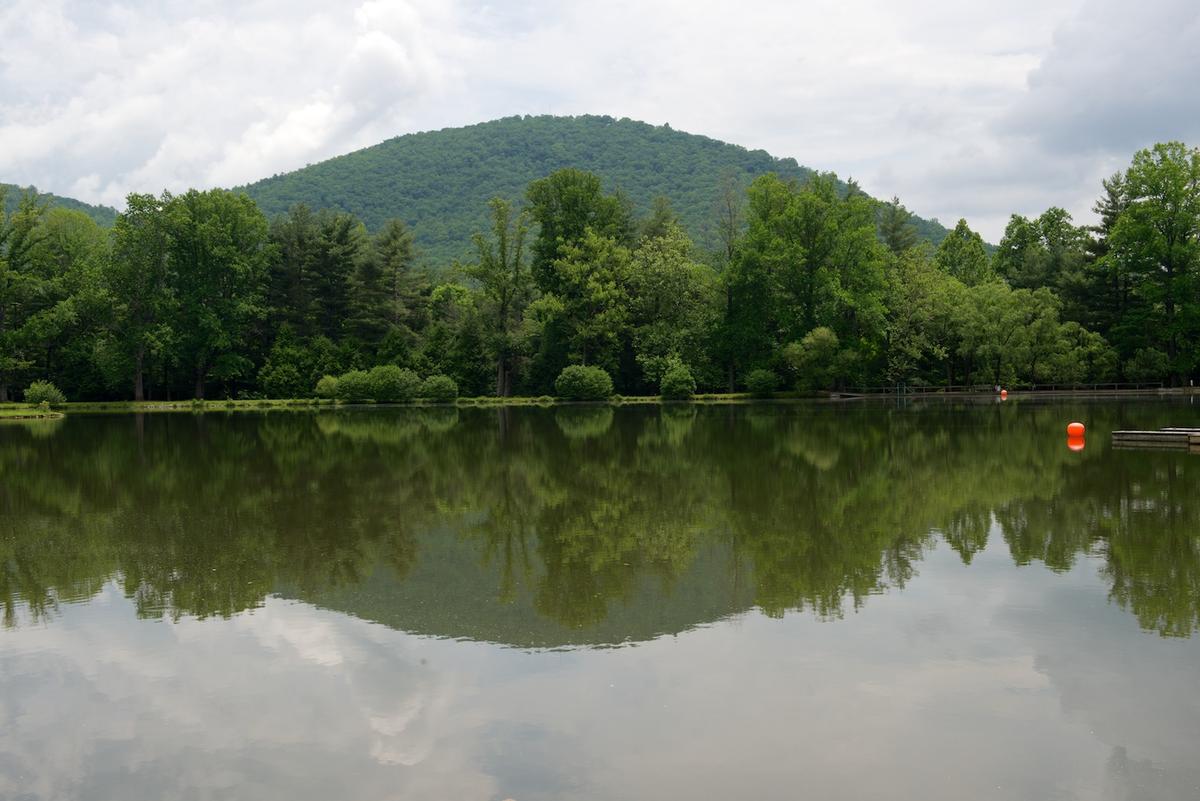 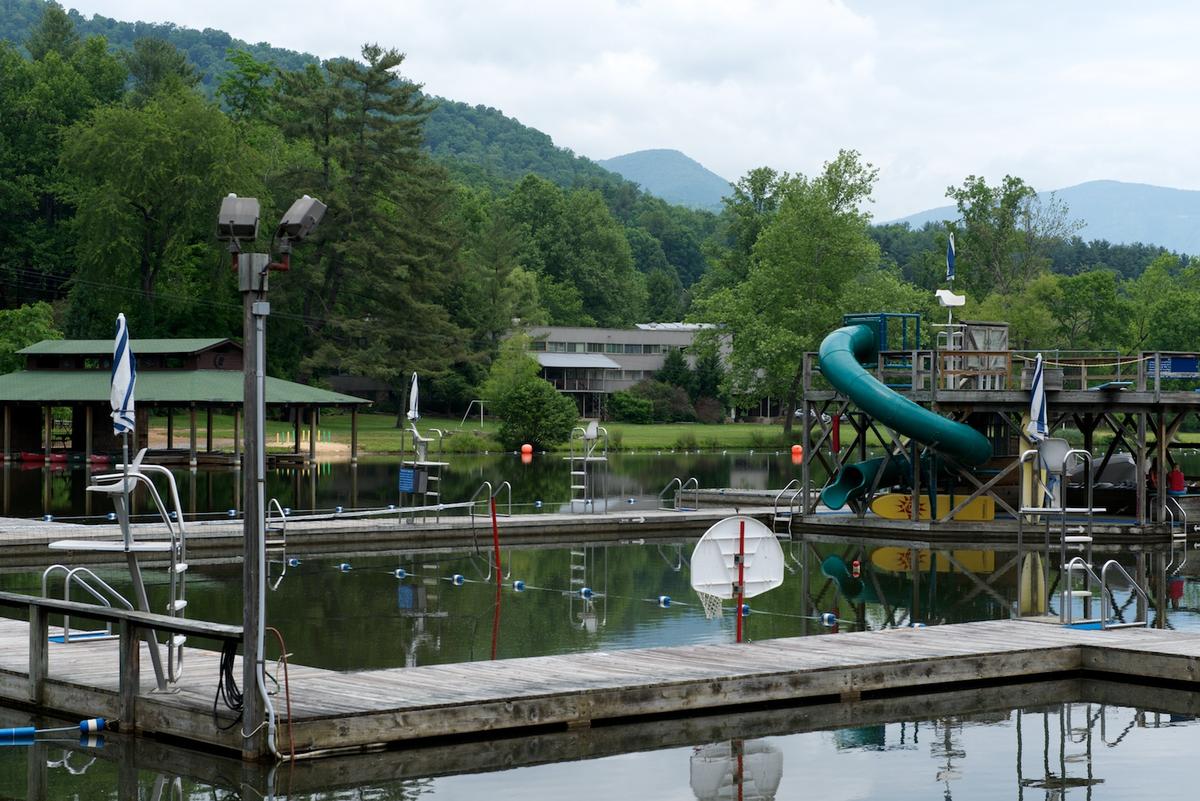 Wikepedia describes the school’s genesis, history and demise in the mid 50’s: 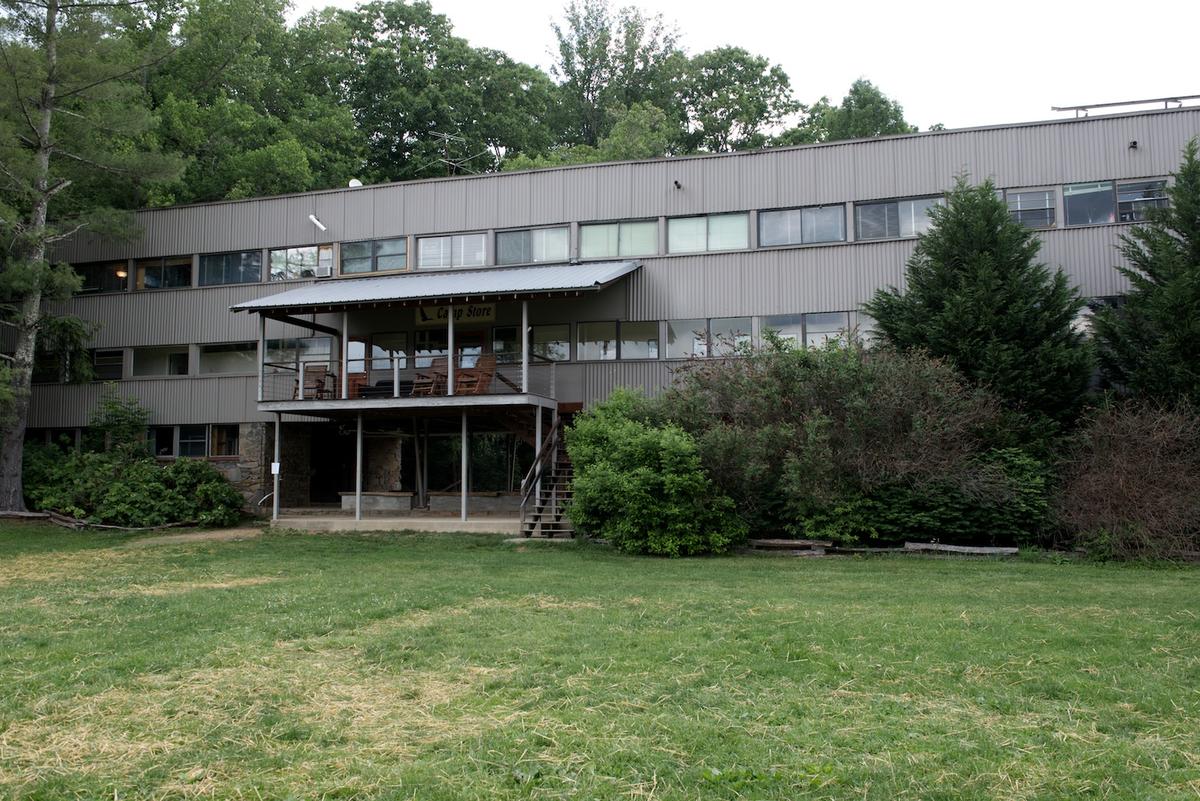 How do you convey such depth and history in pictures and writing? How can the work you make resonate with the past richness of a place as redolent as Black Mountain? Who does this kind of work with photography? Linda Connor comes to mind, maybe earlier work by Emmet Gowin. I’m sure you can think of others.

The primary building that still stands is the studio building, built so that each student would have their own work space. It was erected by the students and faculty in the mid forties as part of a master plan designed by Walter Gropius. Cheaply made, it is the strongest reminder of what was there so long ago. 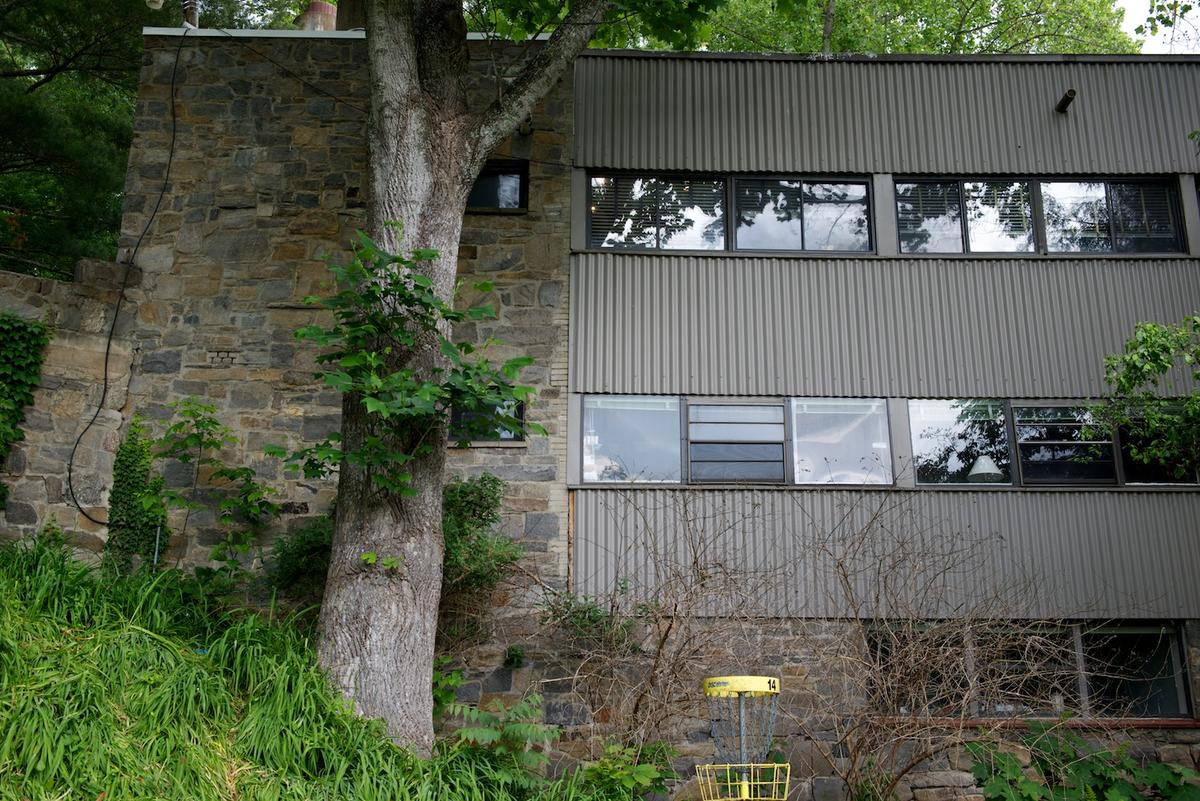 At the end of the building, there is a place to sit with a balcony around it with two fans mounted in the ceiling: 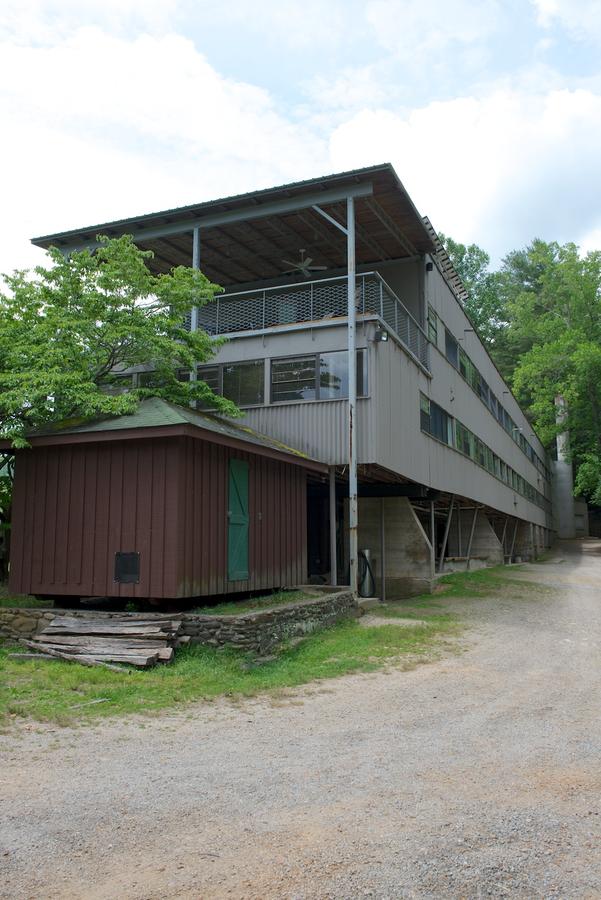 that looks like the stern of a ship. I also was struck by how the building, gray with a corrugated skin, looks industrial and German. Walter Gropius was German so this makes sense.

A couple of months earlier Chris and I had met up in Brattelboro, VT to photograph the Rudyard Kipling house. 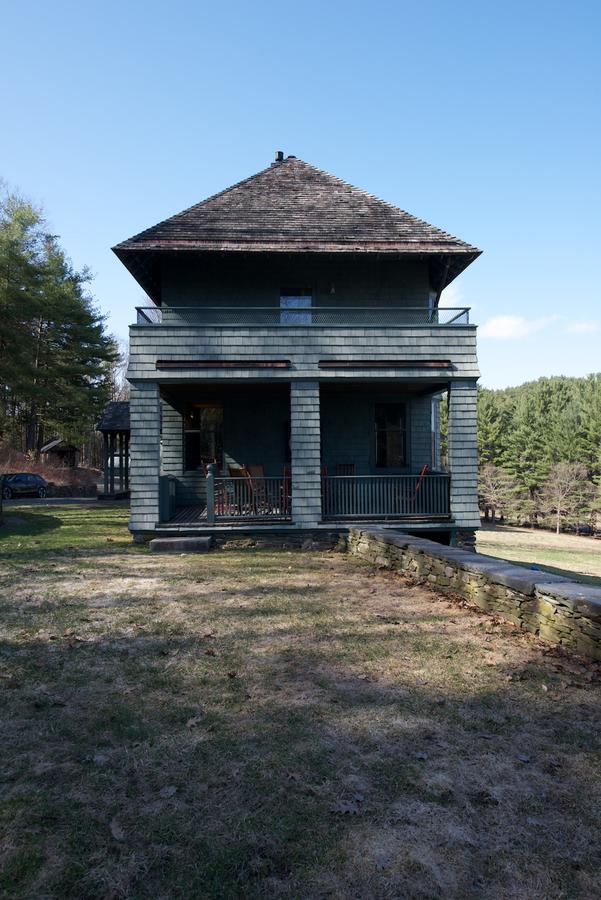 Kipling had designed his American home in the theme of a ship or an ark in a previous century. Gropius had drawn his building for Black Mountain in the 1930's.

I liked the coincidence.

These photographs were made in late June and early July 2012 on a trip from Boston, where I live, to teach at Penland School of Crafts near Spruce Pine in North Carolina. I drove down there and back, photographing some along the way, but mostly photographed in the small town of Spruce Pine and near to Penland. Each morning at 6:30, often with two or three students along, we would spend a couple of hours photographing in Spruce Pine. The idea of coming back to someplace to photograph, to study it and one’s results from the previous day seemed to resonate with the students and it certainly did for me. Spruce Pine is small, bifurcated into older and newer parts and reflects present day US economics and hard times. It has a railroad that goes right through it, sits in a valley alongside a river and is lush in late June with dark green foliage.

Working this way in North Carolina brought me back to days in my deeper past. There were many road trips spent photographing, sometimes alone, sometimes with friends, sometimes with students, pulling over in some little town, walking and shooting what I saw and what seemed worth trying to make into a picture.

Of note here to other photographers is that this is the first group of pictures I have made with a new camera, a Nikon D800E. This is always a love/hate relationship for me, getting used to how a new camera works, how it sees and imposes itself on what I want it to do. No one wants to be stumbling with buttons and controls while taking pictures and, as cameras are now very complex, it takes me a while to feel comfortable with its newness and being unfamiliar.