This is another Southwest series and the third as I run through my catalog of works made but not seen, at least by most of you.

The full  series is now on the site: here.

I did have a show of these in the building I taught in at Northeastern University. The atrium at the entrance on the ground floor had glass cases. It was used for faculty and students to have shows in them. Here is the signage, complete with a typo, that hung as the introduction to the Bartlett's Wash work: 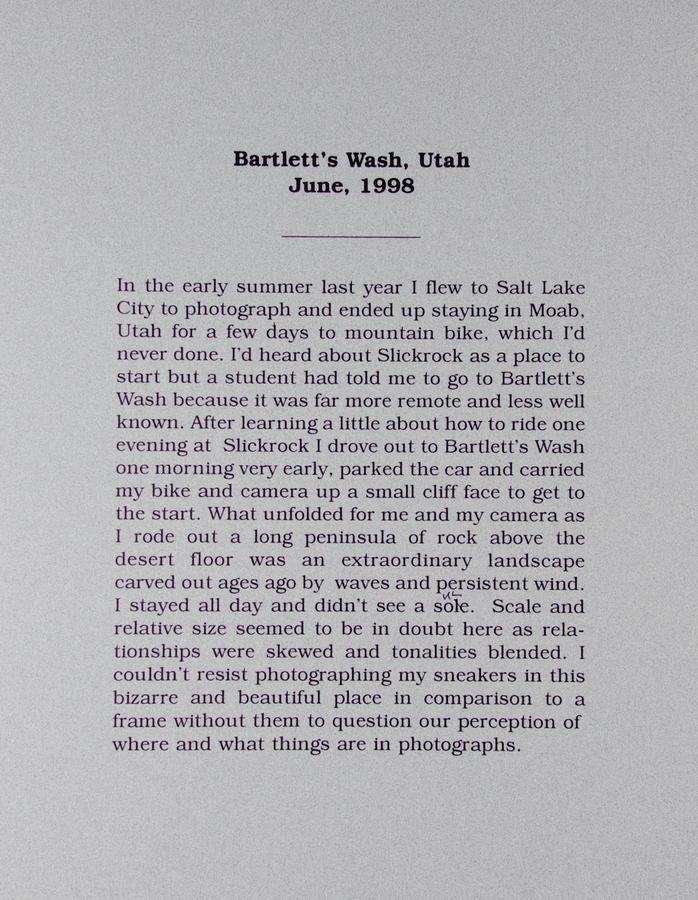 The series starts off with these two, pointing down. 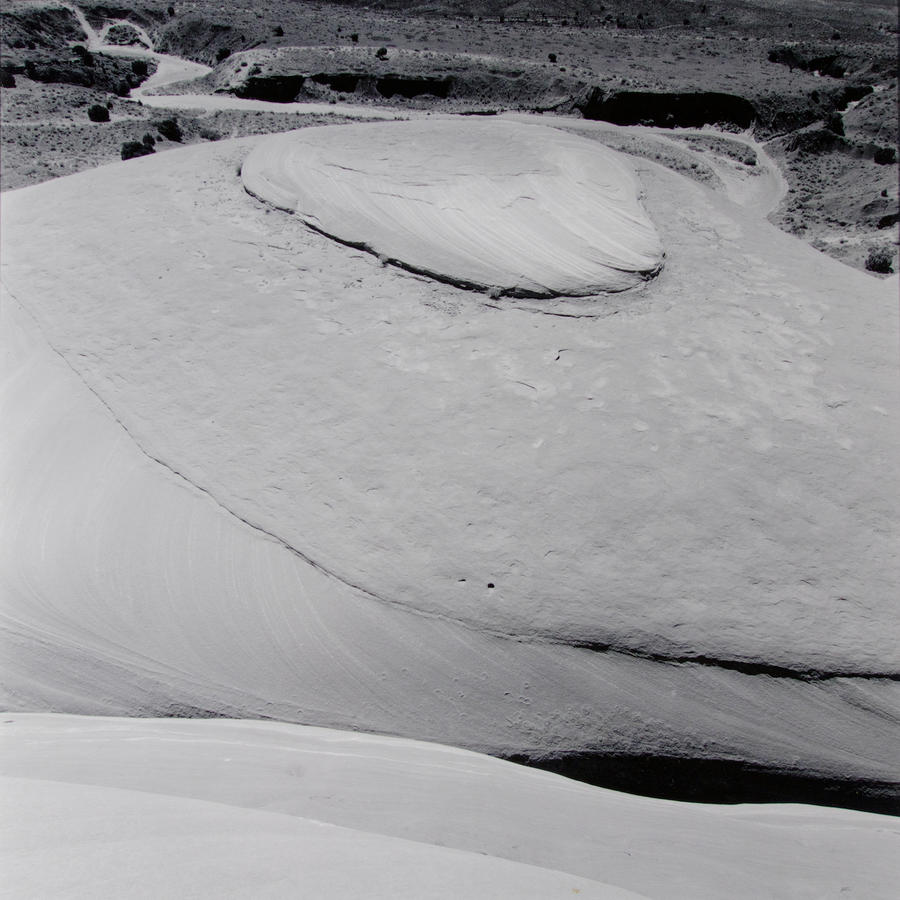 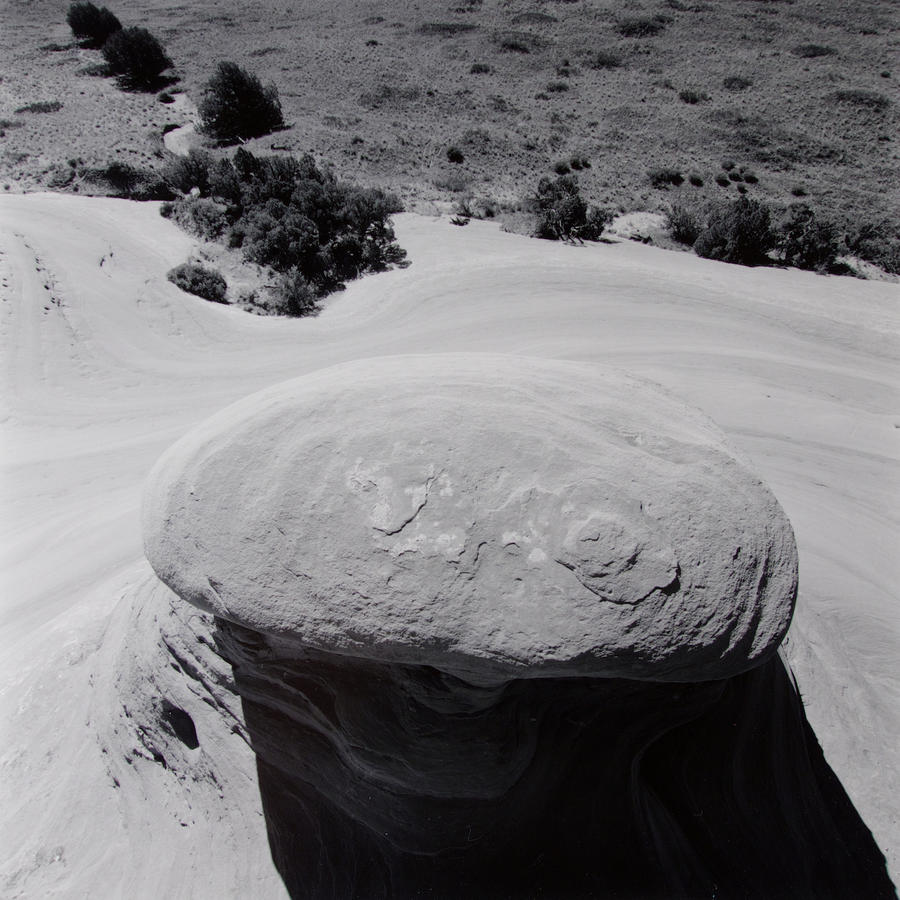 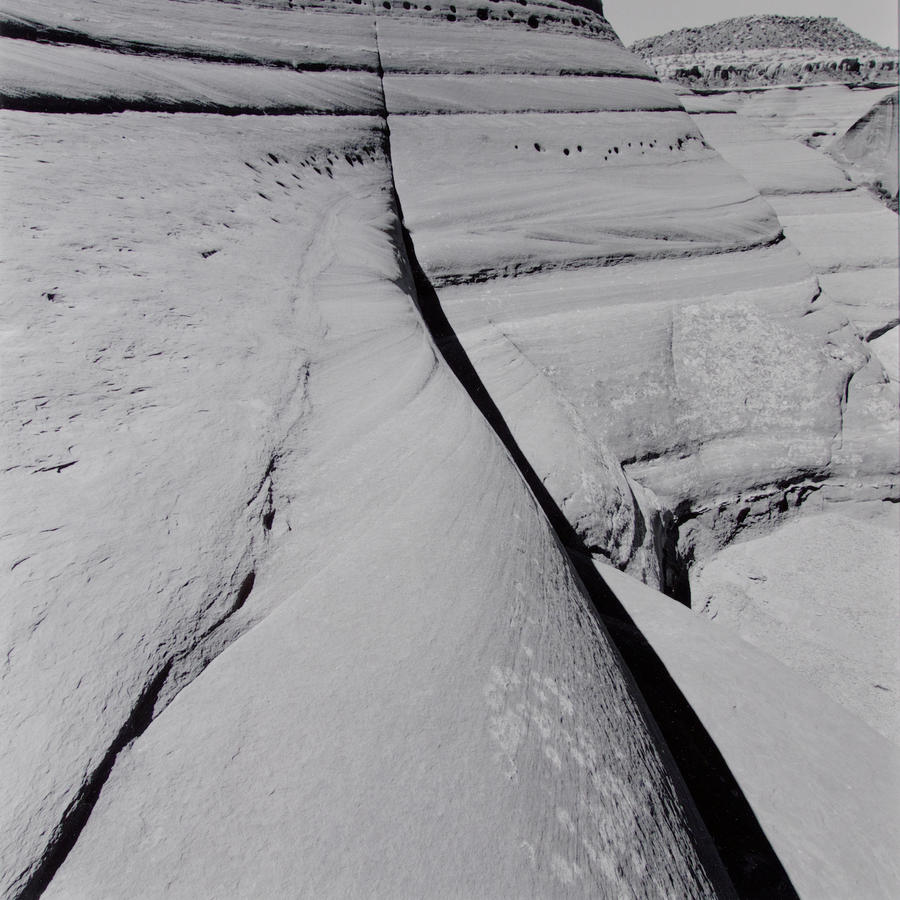 These are 1,2,3 in the series and you can tell I am working at shaking things up in the first two by denying the horizon. Then comes 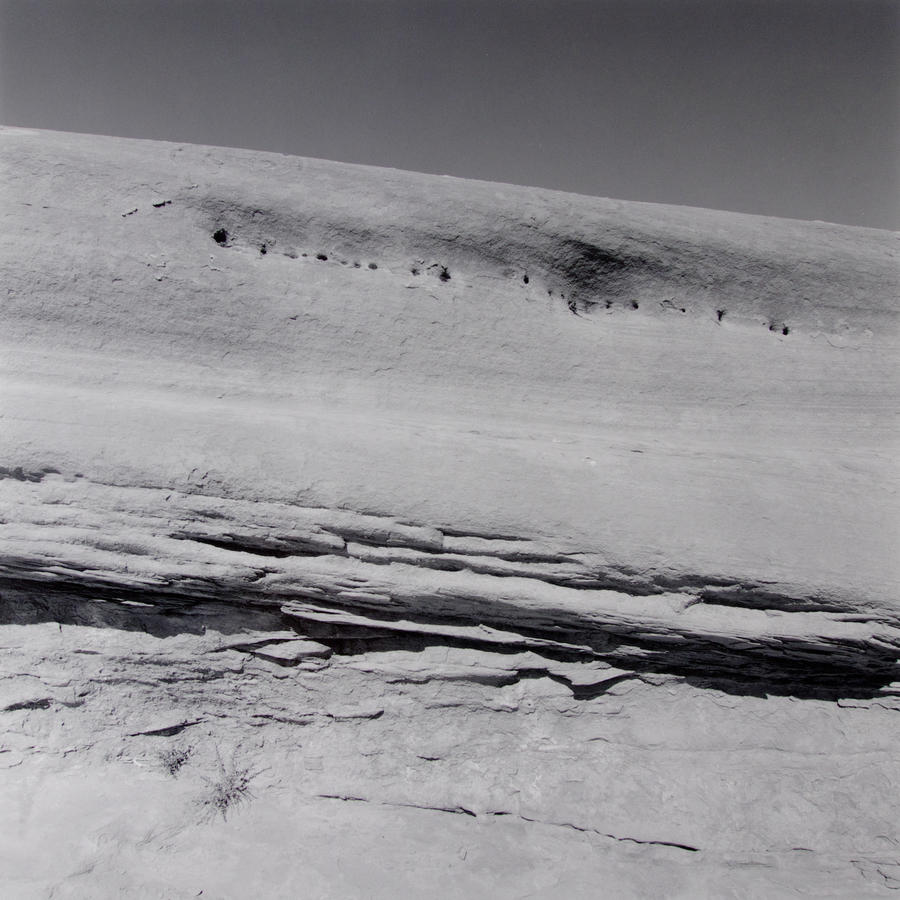 a large subset of horizon and sky pictures, used to counter the first two, getting more reductive as they progress. 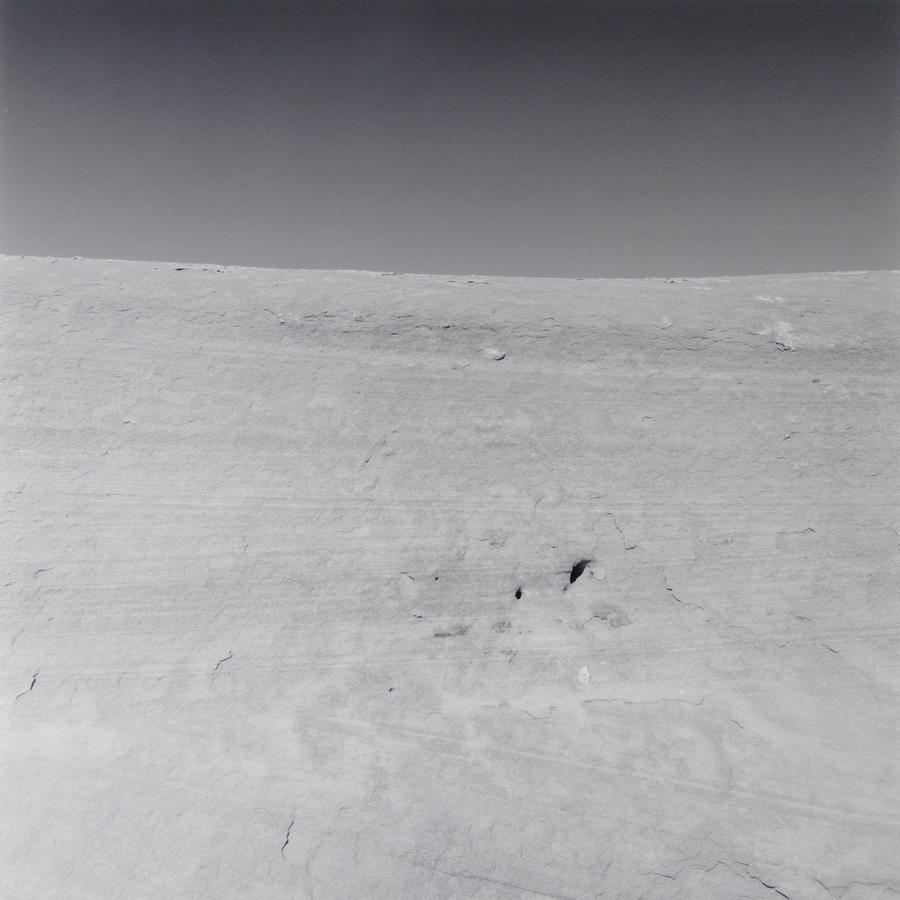 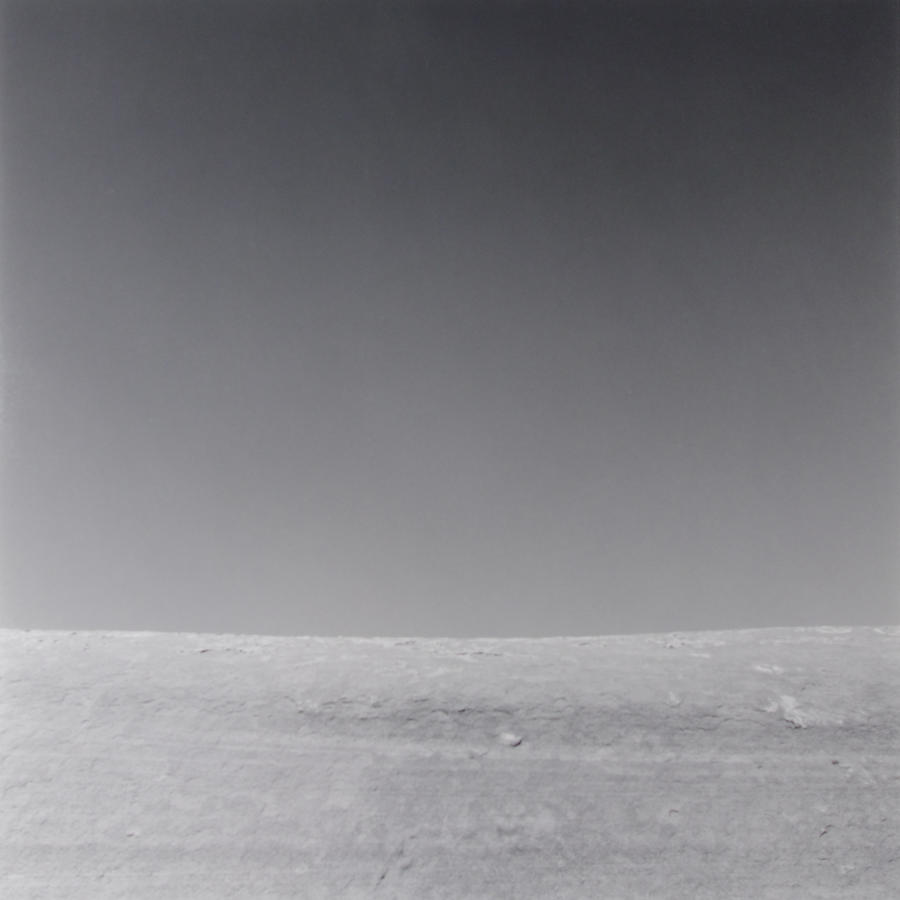 And then next to the rock itself which is so phenomenal: 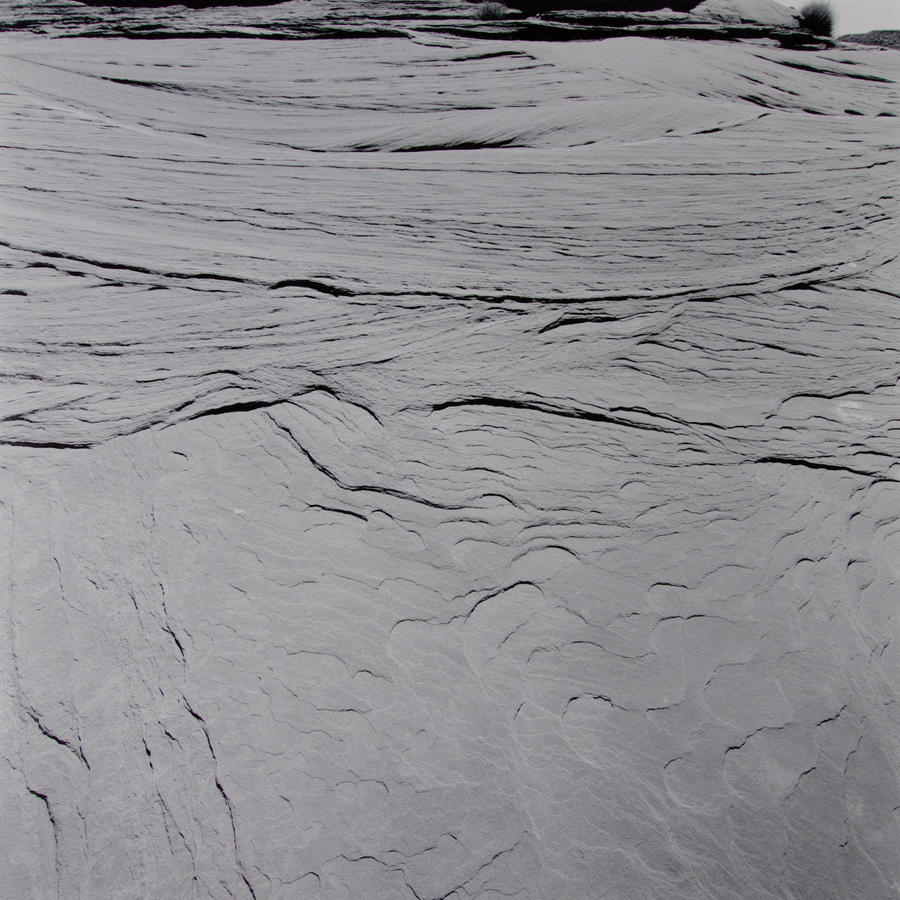 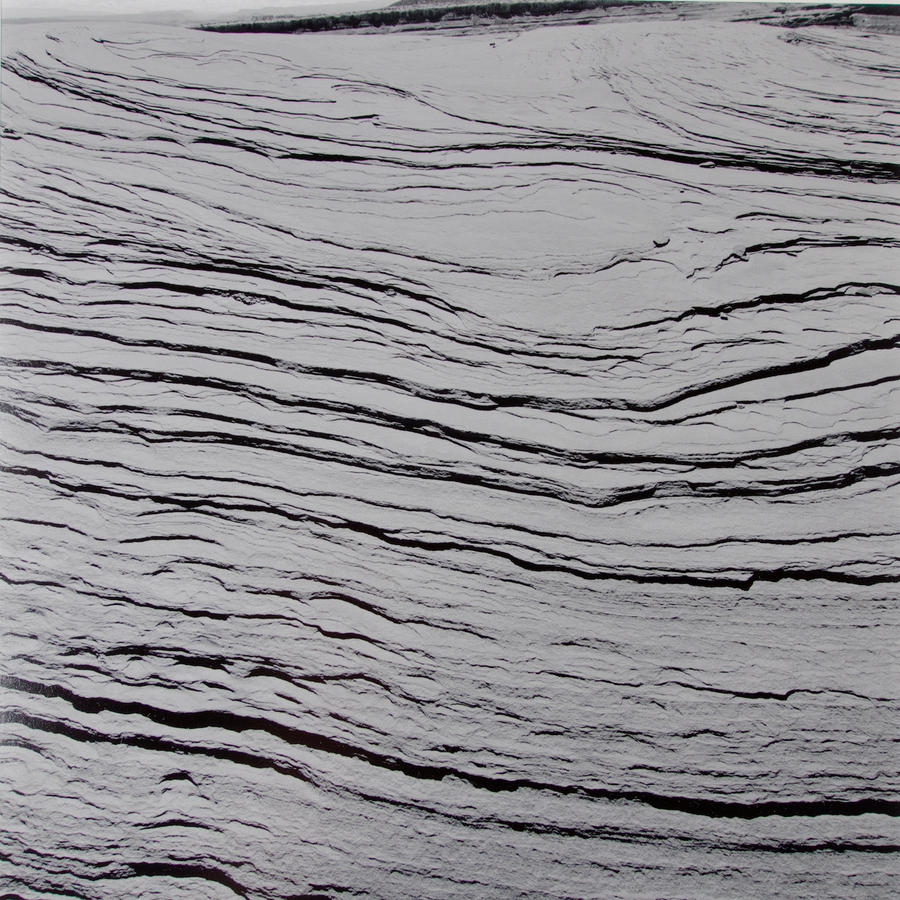 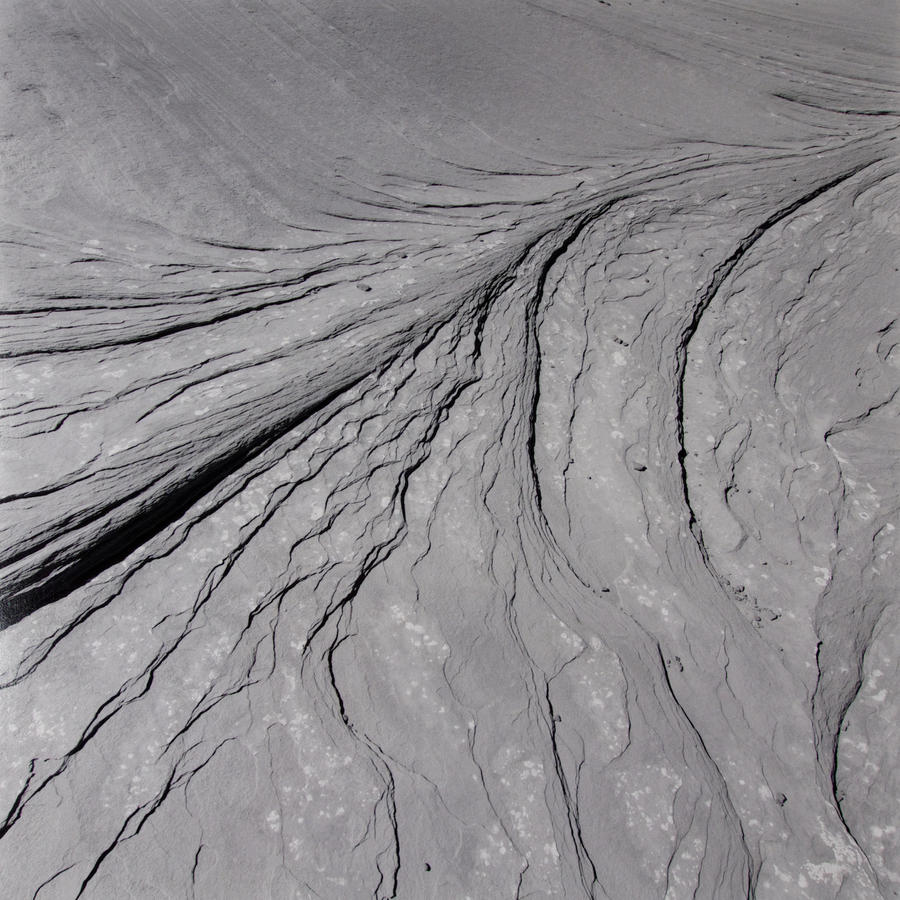 Then to numbers 13 and 14 in the series, where I tried to present the issue of scale by making a frame then shooting my sneakers in the next one: 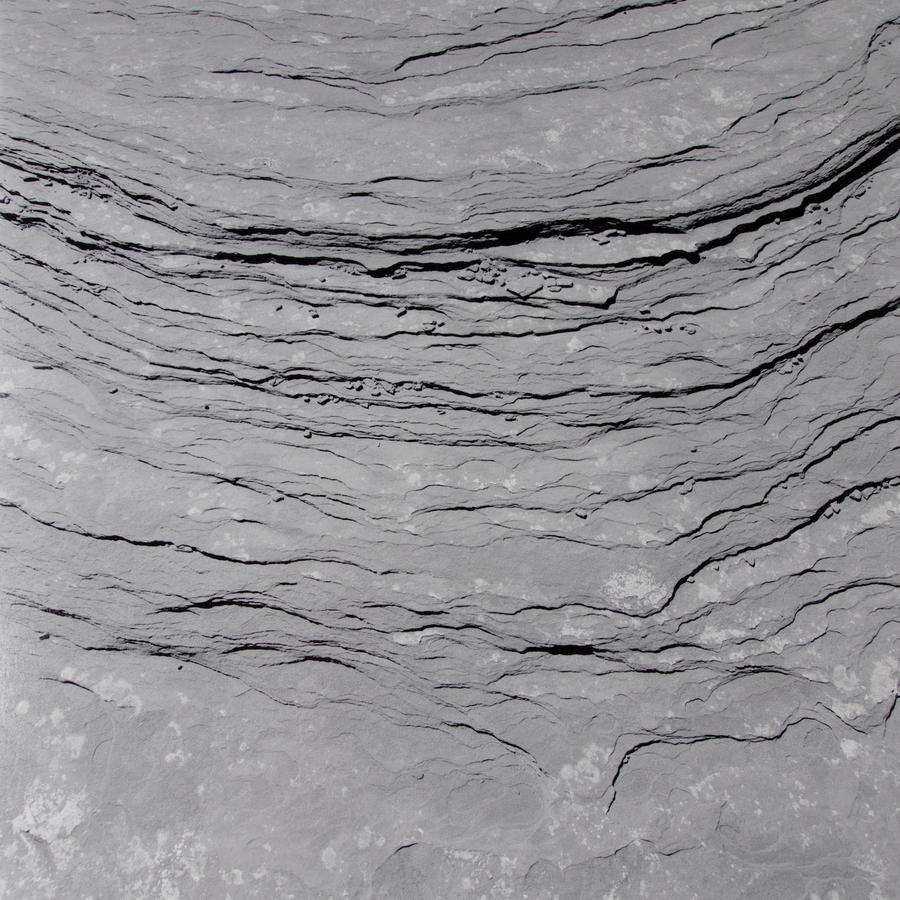 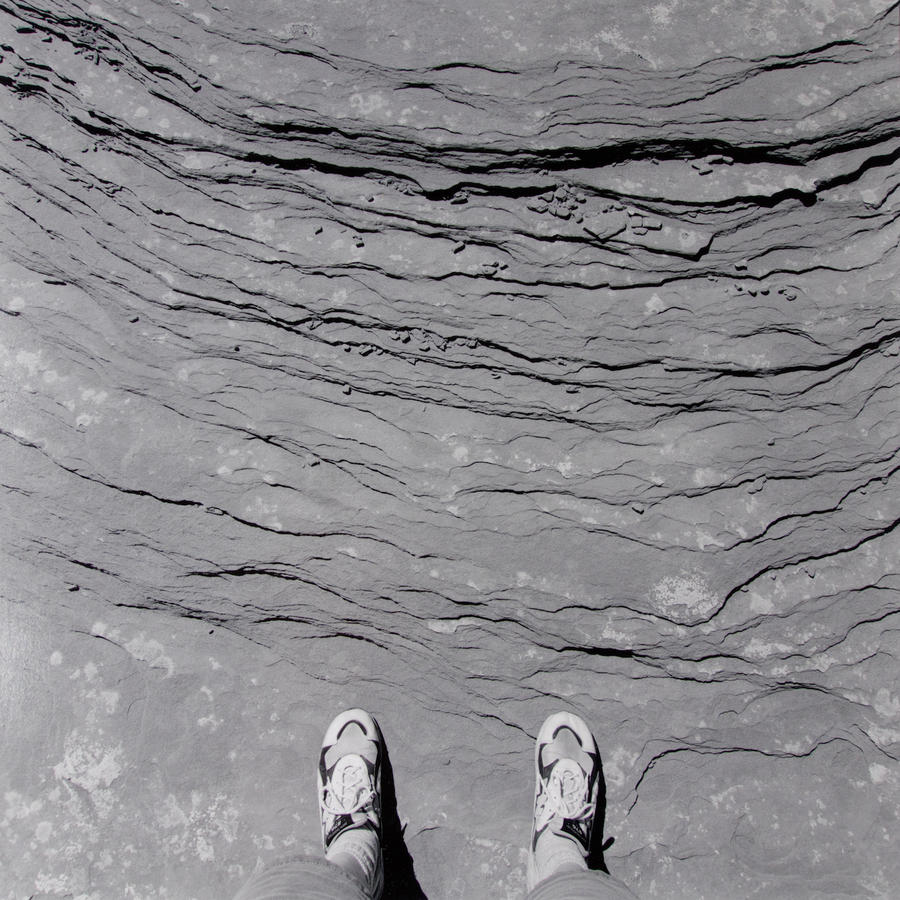 While this was meant to be amusing, of course, I also now look at the pair of them as being a real comment on abstraction and how photography can take things out of context and distort real things.

I do this less now that I am much older but I wasn't against making pictures then that were about making pictures. I wasn't an artist that shied away from process, as many do. It was okay by me that you could see that I was standing there camera in hand making a picture. I am no purist. In fact in this series I put myself right in there in the last frame: 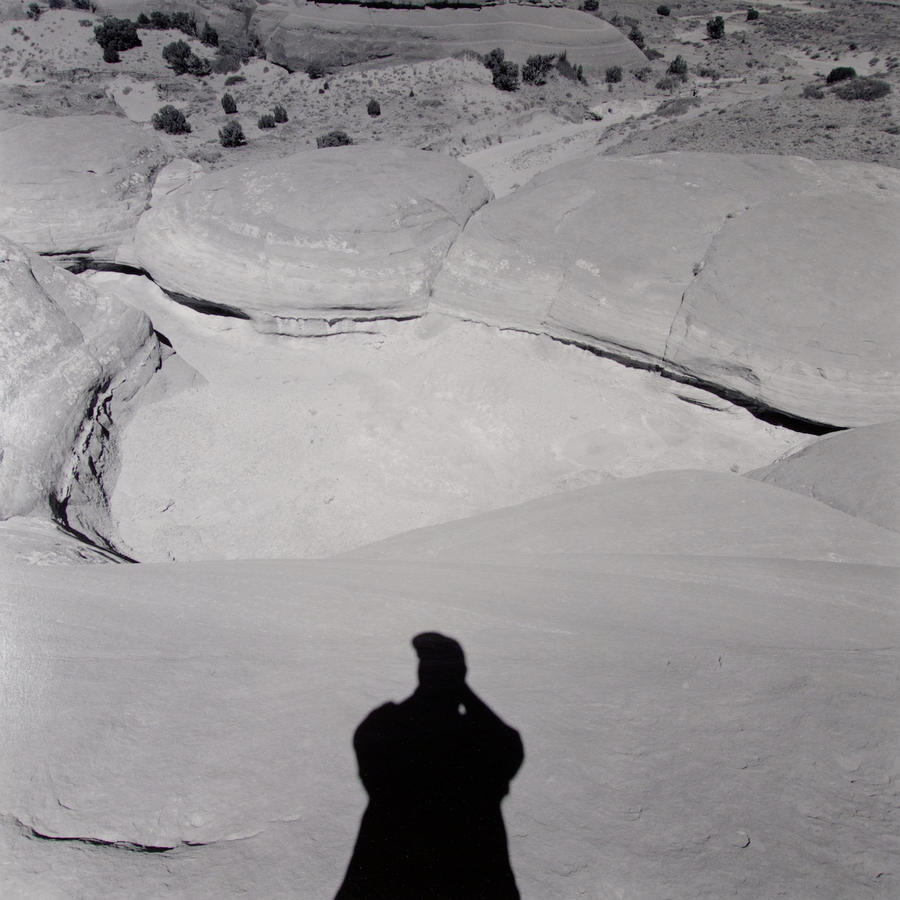 I believe I came to terms with that as a student when I noticed Robert Frank reflected back from the barber's window in the "The Americans" or Lee Friedlander's shadow in the empty store front window. I am big these days on what gives one "permission" to do something. Well, those pictures and others gave me permission to put myself in this series.

The Chaco Canyon series of photographs were made in the spring of 1998 and are from New Mexico.

The prints are apprximately 12 inches square and are archivally processed and selium toned. The paper was 14 x 17 inch Kodak's Polymax variable contrast paper. I made the prints and there is one copy in the set.

Shouild you be interested in seing the full series of prints please contact Susan Nalband at 555 Gallery in Boston and she will arrange it so they can be viewed.