When I was teaching full time one of my often repeated phrases was "Artists Work." By that I meant that making art is physical work because artists make things. Sally Mann in her lovely autobiography Hold Still writes about long hours spent in the darkroom, slaving away on this or that image. She works in 8 x 10 so I know first hand what that is like. It often took 15 or 20 tries to get to a final, using byzantine manipulations and heroic efforts to get it right.

The principle of hard work and long hours was, throughout the years of my time at Northeastern, hard for students to grasp. They often would expect greatness from their photography with very little effort. I remember thinking that this sense of entitlement they had was probably because they were brought up in a privileged place  and by doting parents. I can also remember critiquing work in intro classes (I spent my whole career teaching Intro to Photo most semesters) with students being upset that I wasn't impressed with their "masterpiece" .

Making art is very hard work. Besides requiring isolation and concentration, it seems to need much failure before any success arrives. This can be hard for people to understand. Making bad ones to get to good ones, making things that are flawed in the pursuit of perfection is the norm, at least for me. Professional artists, therefore, know a great deal about failure in pursuit of their discipline. I can remember long sessions, sometimes teary ones, during office hours with beginning students just not understanding why I didn't think this or that photograph was the best ever. I would, with as much patience as I could muster, explain that this negative opinion of mine wasn't directed at them as a person but at the piece of paper held in their hands. Finally, my good friends have heard this from me often, "perfection's illusive". I'll say.

In the analog world it meant making print after print to get to the final. In the current digital world this means working, often for hours, on the image on screen, making a print in the hopes that it will be a final, then finding that it is not, and making another one. And sometimes on and on. Based on my most current efforts to make prints for the "Monsters" show, this also meant making cropping decisions and size decisions too. By the way: cropping isn't something I've done much in my career. Why? Because the intention was always to shoot it as I wanted it printed as well as the subsequent print being blown up more now, would be lower in quality. For the current work this was something of a revelation to me. Because the files were so extraordinarily good I had tremendous freedom to make acute crops and to blow up the photographs quite large without the image getting noisy or breaking down.

Artists work. Not for fame or for money or even to show, but, for most, there is a need to create, to express thought and ideas through some visual form of expression, musical form or written result. I am a visual artist. Know how I know? Because most of my career's been spent making my pictures for no one, made just because I had to, having made stacks of finished prints that sat there, complete and ready for whatever, with no one knowing or caring one bit. We all know those that make art for the wrong reasons, for the approbation, sales and fame. But those aren't the ones we would choose to emulate, are they? Photography's no different.

Work. With experience work becomes a process, a ritual if you will. I've written this before but watching the great American artist Frederick Sommer cook hamburgers on a small four burner gas stove in Prescott, Arizona was a revelation. Ritual. 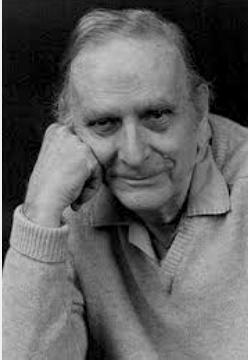 Hauling out the 8 x 10 from the trunk of some rental car, setting it on its tripod, unfolding it and mounting the lens, extending the front standard, zeroing the camera using the bubble level on top, opening the lens, sliding under the dark cloth and so on--- all such ritualized activities as to be almost without thought in the doing, being done thousands upon thousands of times before. Value in the repetition, in the ritual of trying to make something far more than the thing made, this through the physical work expended to make it.

So, when in doubt, held up by some excuse manifested in getting the kids to school, or making that deadline at work or getting the groceries for that dinner party coming up, make some pictures. You're an artist? Great. Now go make some work.