We fly out of Hammond, northwest of New Orleans. My pilot's name is Ashley, a flight instructor. She is 28 years old, 7 months pregnant and a good pilot. Contrary to what you might think, flight instructors are very often newer pilots rather than veterans. We cross Lake Ponchatrain, made famous as the back door monster that broke through the levees and flooded the city of New Orleans after Hurricane Katrina almost ten years ago. 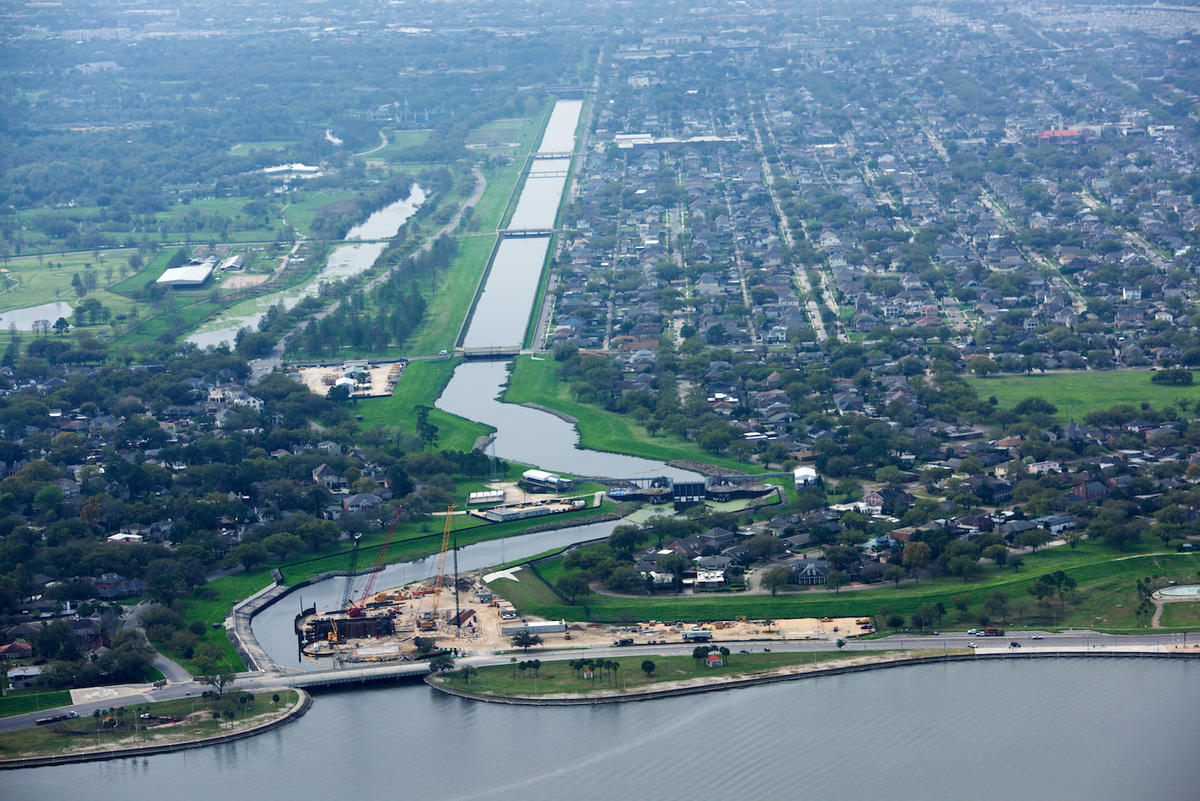 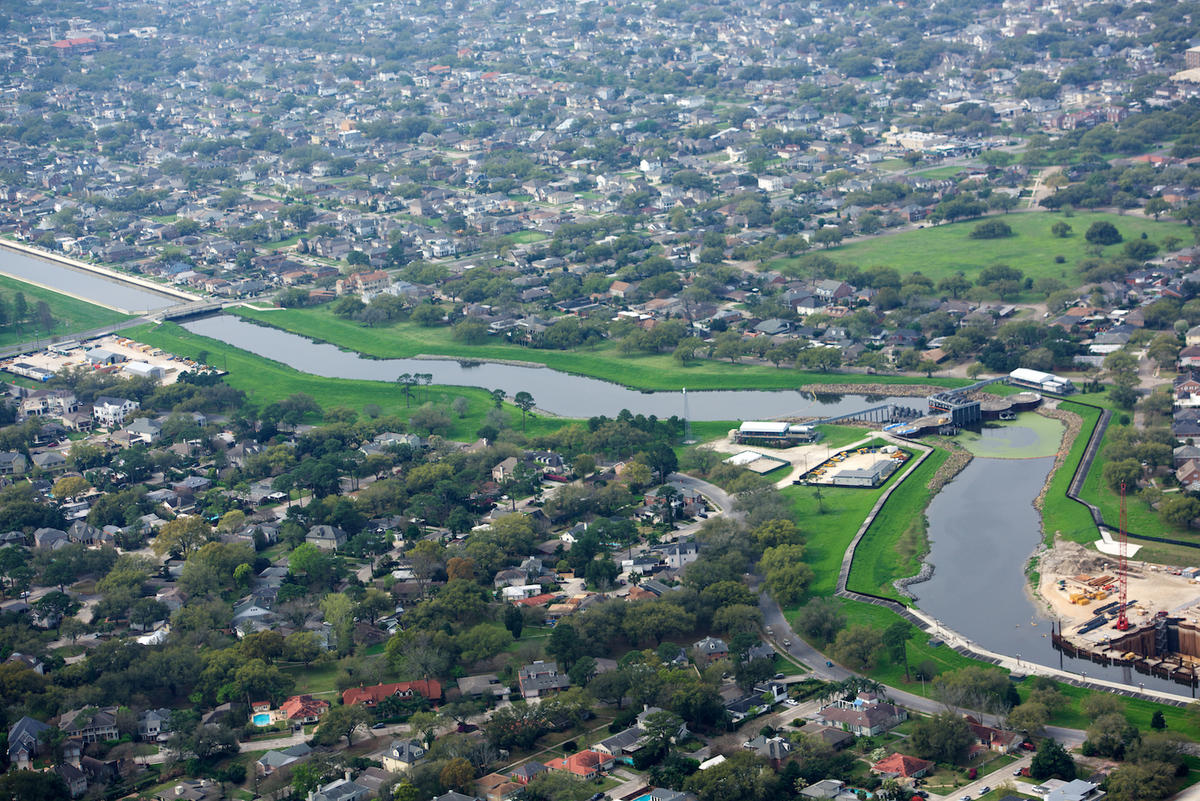 You can see why.

Imagine a storm surge coming at this from the very large Lake Ponchatrain. It simply overwhelmed what the Army Corp of Engineers had built to protect the city and the now infamous 9th Ward. Were the same circumstances to present themselves today it would happen again.

We head south of the city, staying with the meandering Mississippi River. I am struck by just how much shipping and industry there is along this mighty river. 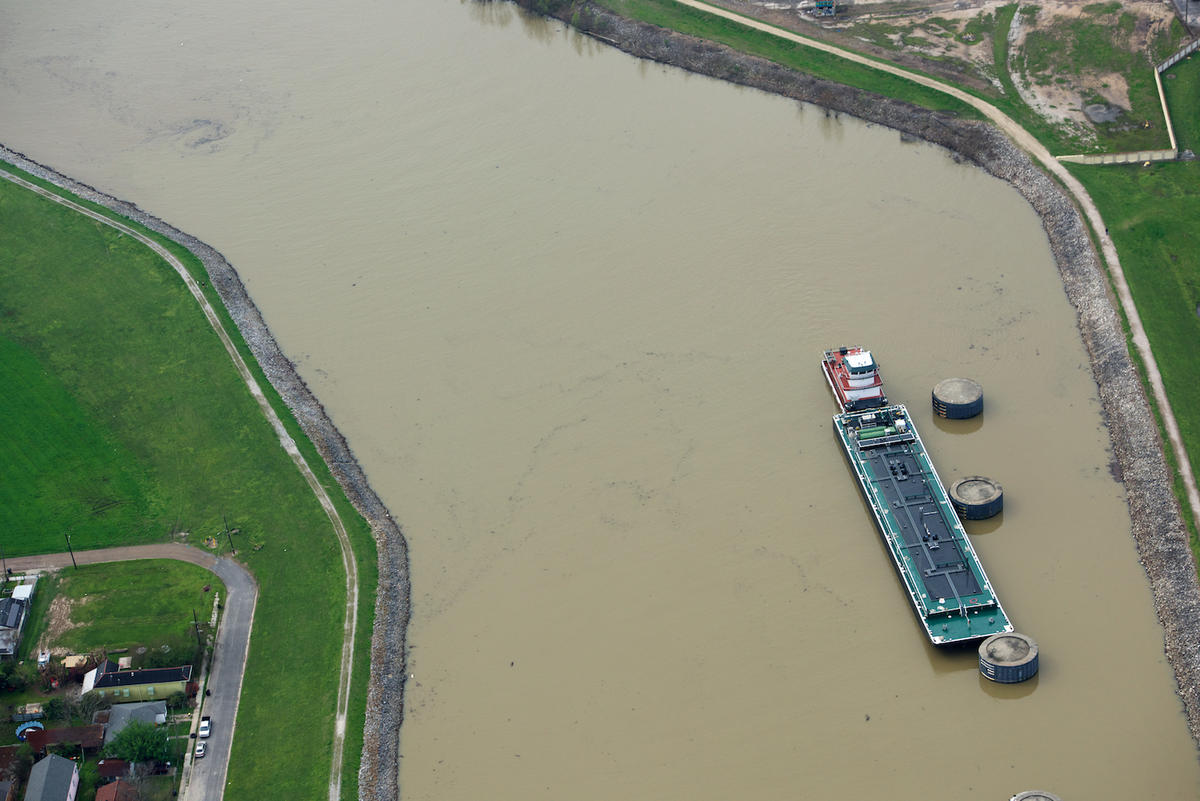 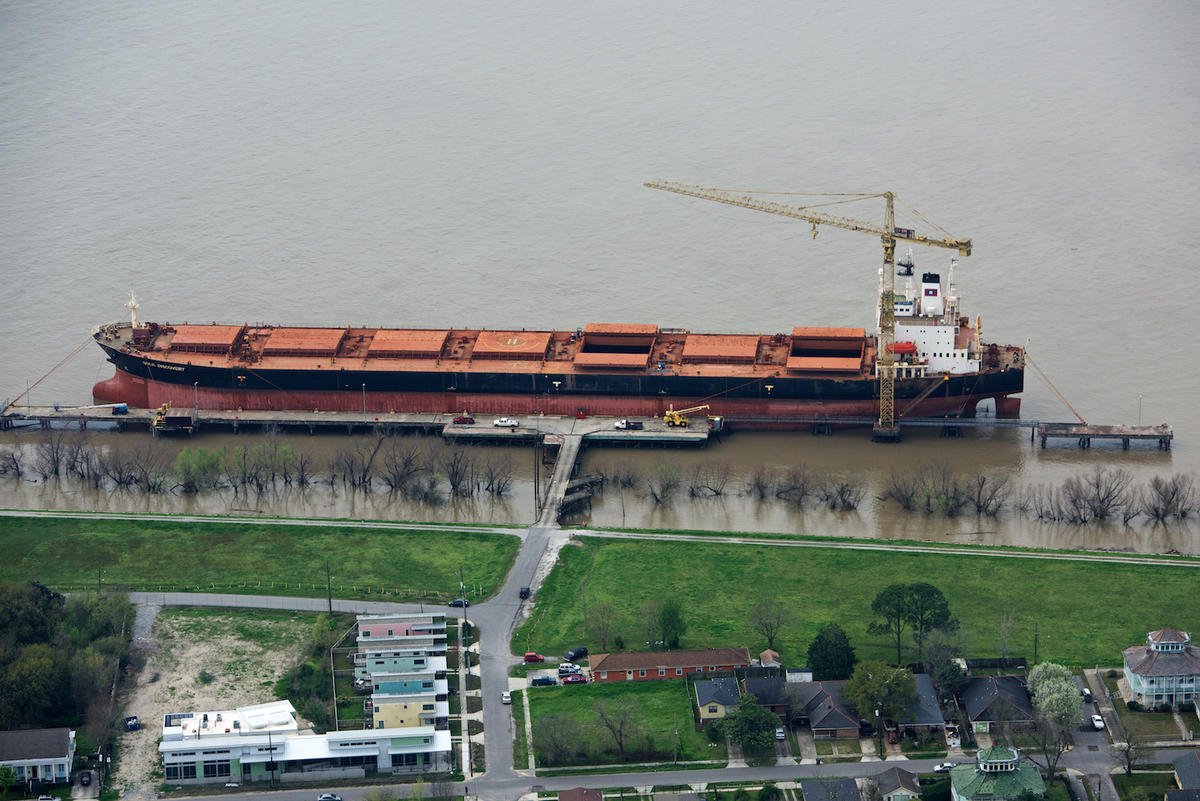 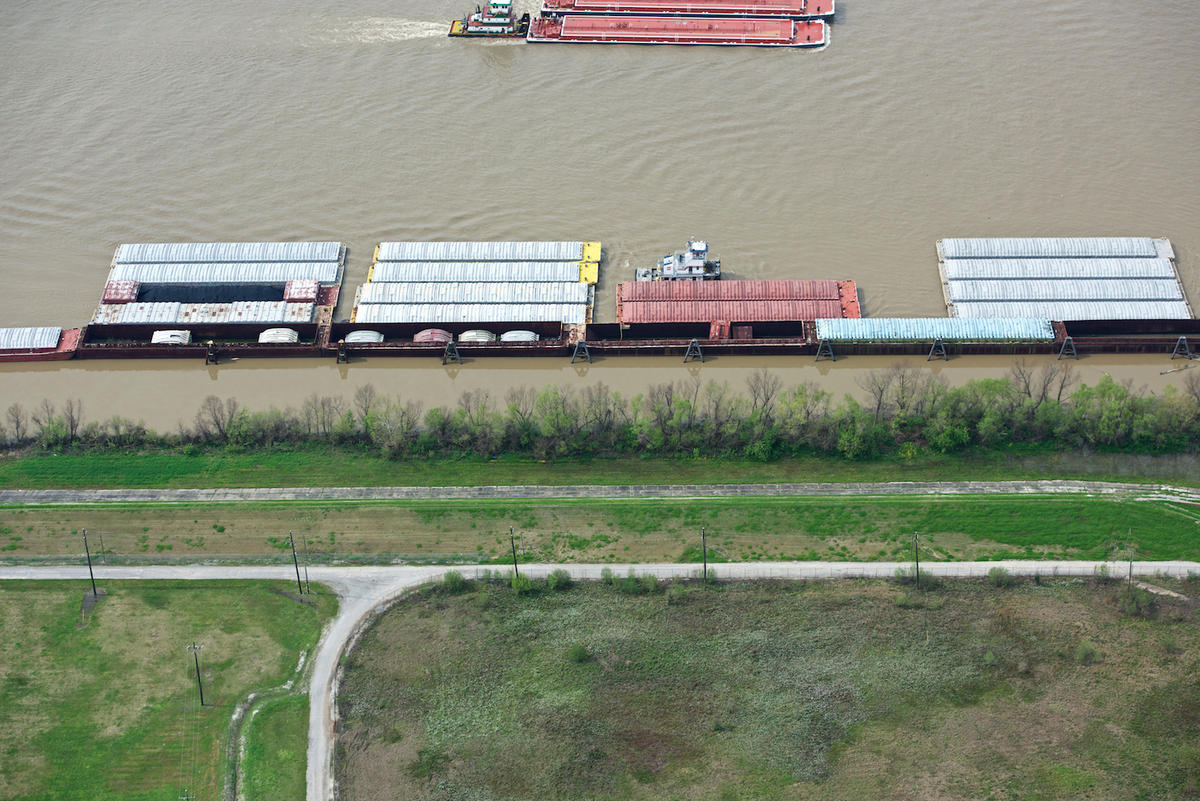 It isn't as clear this day as I would like and the light is not perfect but it is a striking landscape nevertheless. I've been driving down into this area for the past few days, down to Jean Laffite Barataria, towards Venice in the delta, along the river on Route 39 down to Pointe A La Hache, taking the ferry across the river and then north up Route 23 back to the city. 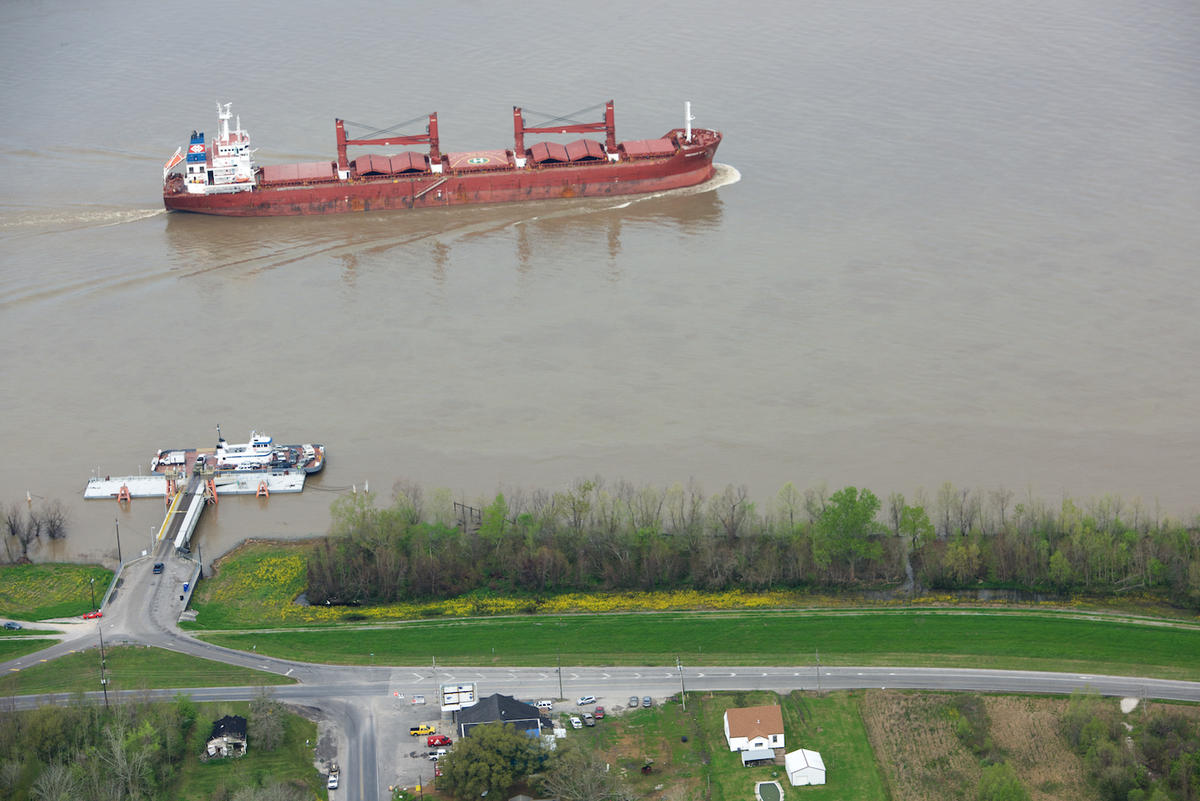 From the air it is all about the river, barges pushed by tugs, or anchored along the shore. There is oil too,  processing facilities and derelict plants. 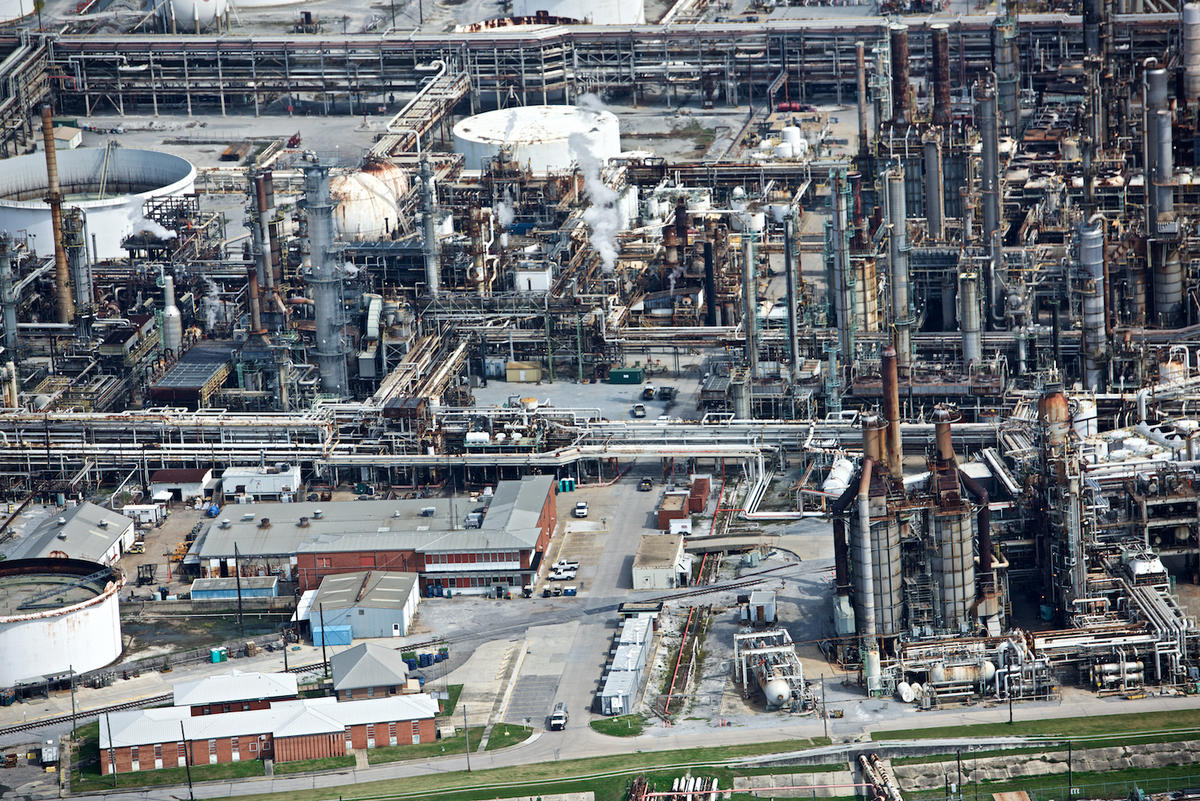 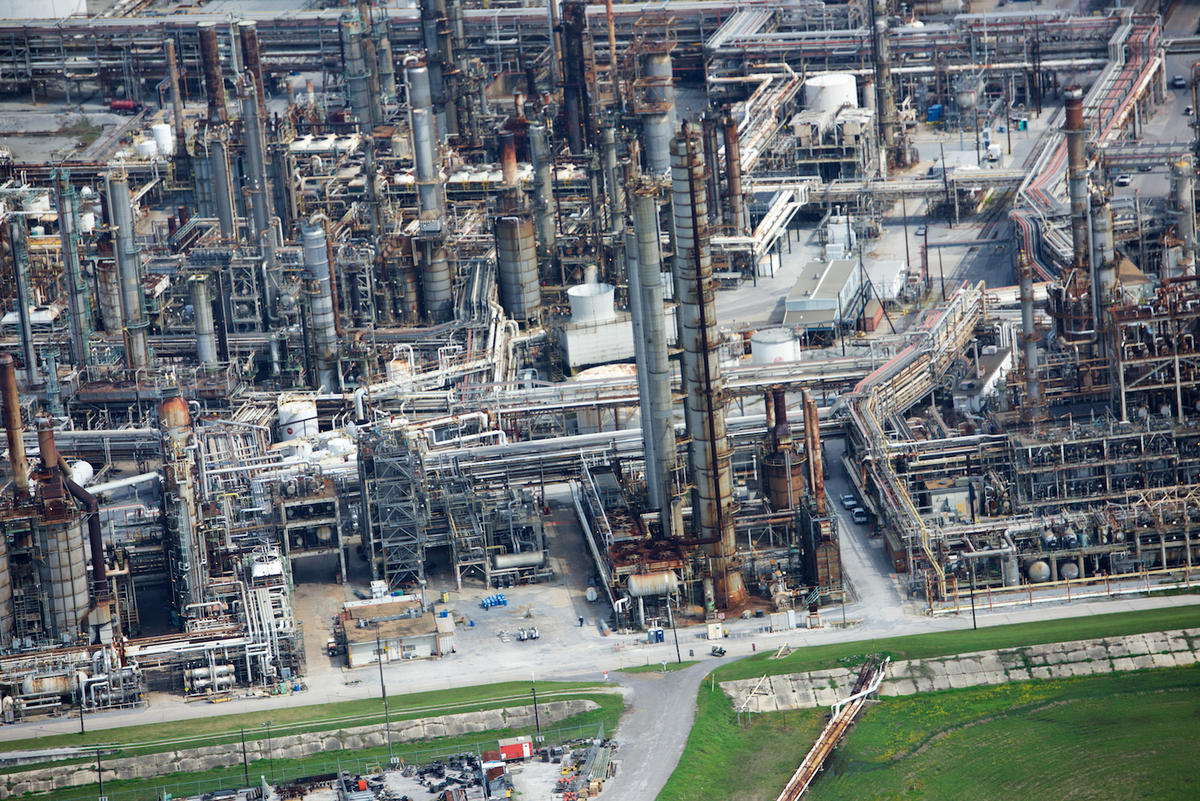 I am shooting out the right side of the Cessna as we fly south. At one point I ask Ashley to turn us around so I can see what is off to the east. Past all the activity on the shore I learn there is this other, this expanse as far as the eye can see of this: 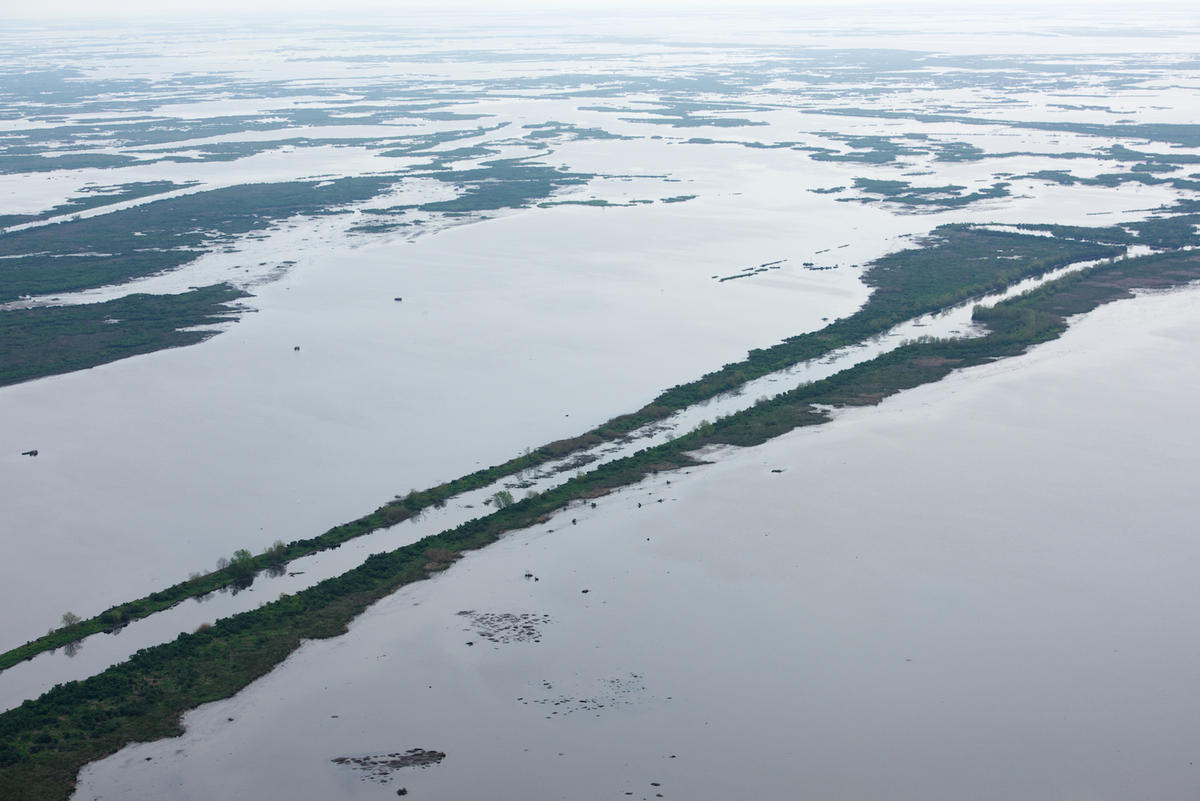 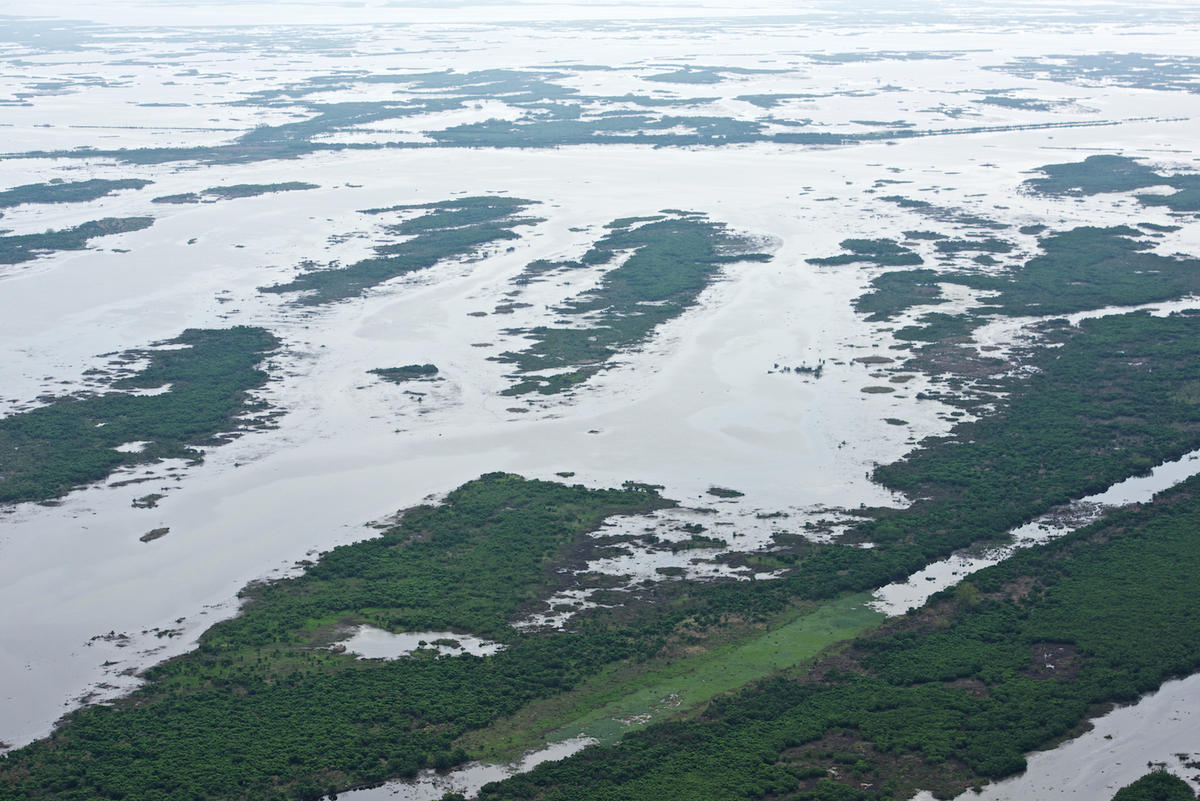 This, of course, is the river's delta as it floods out and disperses into the Gulf. Imagine being a European explorer, sailing up the Gulf and into this morass of marsh and shallow water. A practically impossible task to find solid ground or even to know if the marsh ended.

You have to understand this about shooting aerially. You are moving by vast amounts of information at 100 mph or so.This calls into play a very different set of sensibilities and motivations than when standing on the ground. At this point in this flight I am caught in a dilemma: is this flight about visual documentation of a place with a remarkable history and some exceptional things going on below or is it for me to find things to photograph because I am artist? So far, it is much more the former and much less of the latter.

Sometimes my job when photographing from above is to find things I can relate to as "pictures"... yes, abstracting what is 1000 feet below the plane but also working as a designer and an artist to make pictures that are mine, to own the work. This is never easy, of course, but at this speed from a moving plane and it being the first time seeing all this, it can be overwhelming.

So, what did I find? Did I latch onto something I could call my own, or at least relate to in terms of my work?